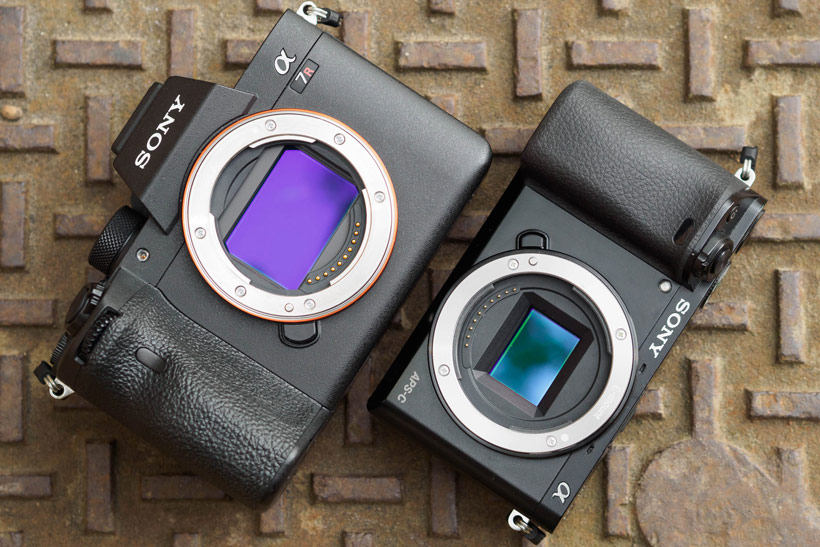 Do you need to buy a full-frame camera in 2022, or is APS-C good enough? In terms of APS-C Vs Full-Frame Amy Davies let’s us know the key differences, pros and cons.

The image sensor is the fundamental element of any camera, but with several different sensor sizes available, it can be a bit confusing to know the differences – and to decide which is best for you.

In 2022, probably the two most common sensor sizes you’ll see on the market is Full-Frame, and the smaller, APS-C. Outside of these two, you also have Medium Format (larger than full-frame), and Four Thirds (smaller than APS-C, aka Micro Four Thirds or MFT).

Other than the physical size discrepancies, there are some other differences to take note of between sensor sizes – which we’ll be exploring in this piece. There’s also benefits and drawbacks to each sensor size, which we’ll also walk you through. 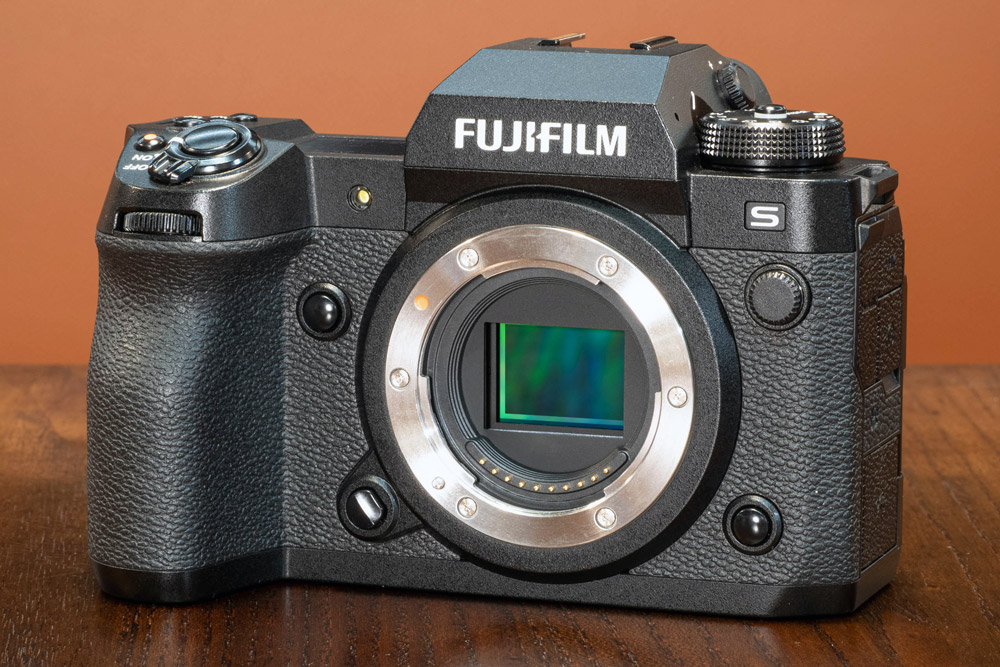 APS-C vs Full-Frame: What’s the difference?

You’ll find an APS-C sensor in many of the best mirrorless cameras too, and they’re also commonly used in DSLRs. APS-C sensors are used by Canon, Nikon, Sony, Fujifilm and Pentax. Again, occasionally there are APS-C sensors found in high-end compacts.

The physical size differences lead to both advantages and disadvantages, which we’ll discuss in more detail below.

What is a crop sensor?

You might hear the term crop sensor from time to time, which simply means something which is smaller than full-frame. It’s a term which is most commonly applied to APS-C, but it can also be used to describe even smaller sensors, such as Micro Four Thirds, or even the smaller sensors that you find in compact cameras and smartphone – though it’s rare to hear those described as such.

What is a crop factor?

Crop sensors have a crop factor that you need to take into account when using lenses with your camera. When using a full-frame camera, whatever focal length is printed on the lens (for example 100mm) is what you’ll get when you shoot with it. However, when you use a smaller sensor, you’ll need to apply a “crop factor” to get the equivalent focal length.

What are the benefits of APS-C?

When it comes to image quality, it’s a general rule of thumb that a bigger sensor equals better performance – but there’s plenty of advantages to APS-C, usually depending on what exactly it is you want from your camera.

One of the big advantages is that APS-C systems are normally smaller and lighter than full-frame equivalents. With smaller bodies and smaller optics, it’s a good choice if you don’t want to carry heavy gear, such as while travelling or for hiking long distances. If you want to shoot handheld, it can be easier to keep smaller and lighter bodies stabilised, too. 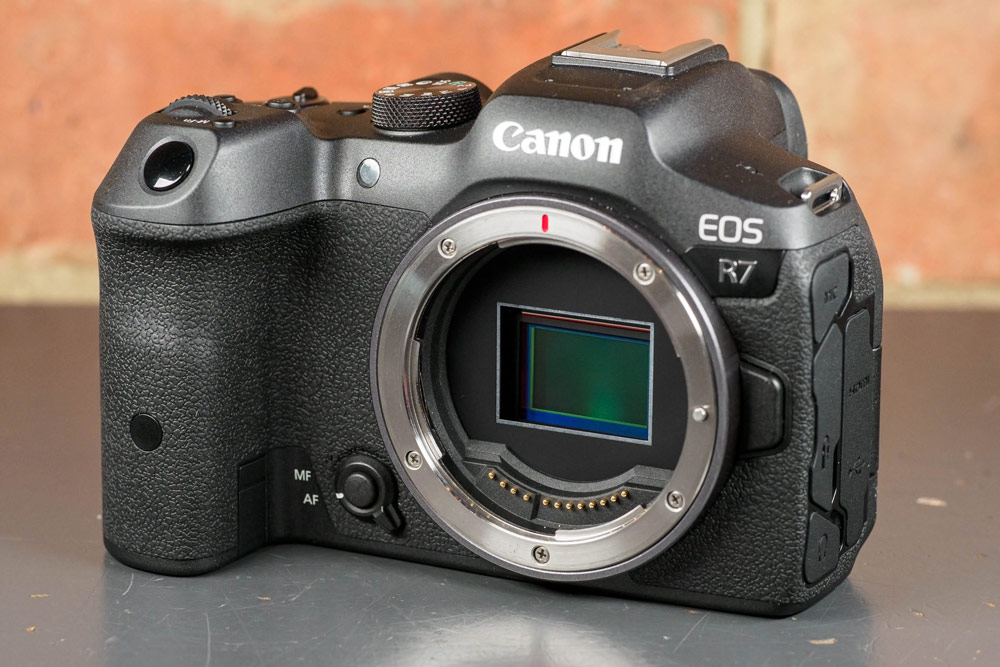 On that note, the crop factor also means that your longer lenses don’t need to be as long, heavy, or expensive as full-frame equivalents to get you closer to the action. That’s why cameras such as the recently announced APS-C cameras Fujifilm X-H2S and the Canon EOS R7 have been pitched strongly as wildlife and action cameras.

Speed is also something that is generally easier to achieve with APS-C, especially at affordable prices. Cameras like the Canon EOS R7 offer up to 30fps shooting, in a camera which costs a fraction of the price of similarly speedy models, such as the Nikon Z9 or the Canon EOS R3. That gives ordinary amateur photographers without the big budgets of professionals the chance to capture fast-moving action in a much more affordable fashion.

Having a smaller sensor can give other benefits as well, and here’s an example which illustrates the cost and weight advantage of using APS-C, particularly when looking at the whole system, which includes the camera and lenses.

To sum up, the main advantages of APS-C cameras are:

APS-C cameras are best for:

What are the benefits of Full Frame?

Full-frame is often seen as the “gold-standard” for many photographers, with APS-C often thought of being the preserve of enthusiasts and those with a lower budget. While that’s not strictly fair or accurate these days, there are lots of advantages of using a camera with a larger sensor.

If the best image quality is your main concern, then generally speaking, full-frame will help you achieve that in a wider variety of settings. Low light performance is generally better, as is dynamic range for the most part. 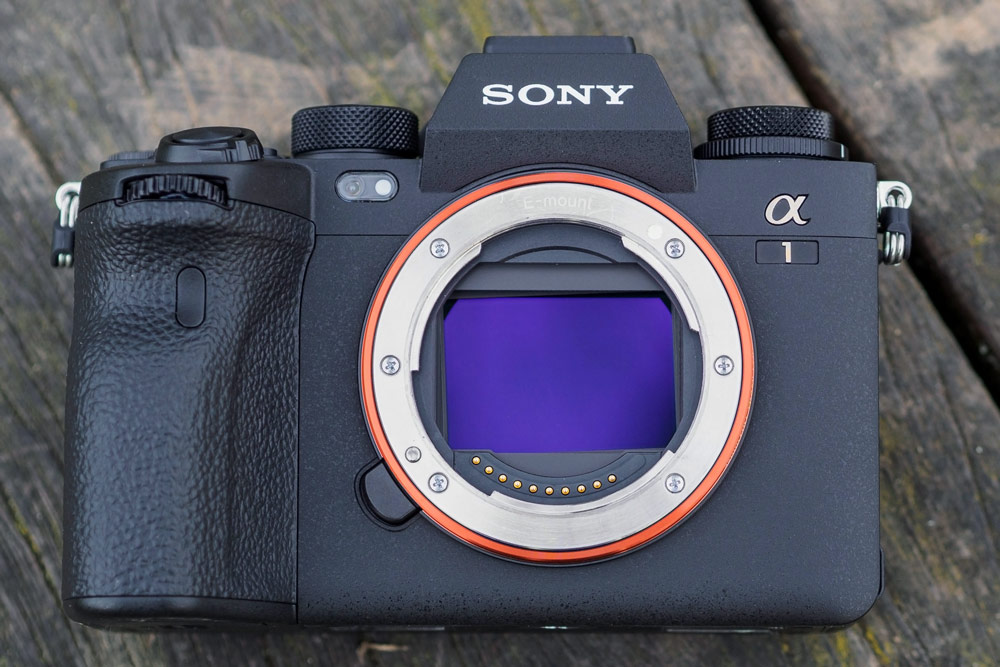 Sony Alpha A1 with a 50MP full-frame sensor, visible here with a purple tint

If you crave super high resolution cameras, you’ll only find them with full-frame (and larger sensors) too. APS-C tends to max out at around 26-32 megapixels, whereas full-frame offers up to and beyond 50 or 60 megapixels (you can go even further with medium format, where you can now get 100 megapixel sensors). This generally makes full-frame better suited to high-detail type shots, as well as giving you more flexibility when it comes to cropping in post-production while still maintaining a high pixel count.

It’s easier to achieve a shallow depth of field when using a full-frame sensor. Although you can achieve the same look when using crop sensors, you might need to get too close to the subject for the same kind of background blur. It’s generally why portrait photographers, for example, prefer to use full-frame.

To sum up, the main advantages of full-frame cameras are:

Full-frame cameras are best for:

Which should I buy – APS-C Vs Full-Frame?

There’s not necessarily a right or wrong answer when it comes to full-frame vs APS-C and deciding which you should buy. You should think about the types of subjects you like to shoot, the budget you have available, and how much bulk and weight you are prepared to carry around. 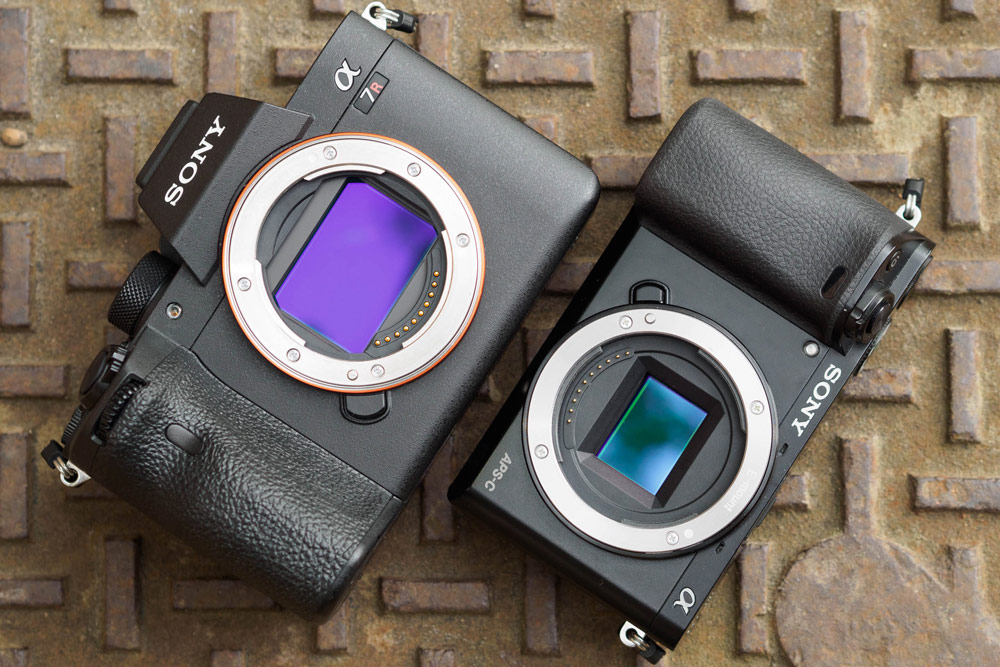 On the other hand, if you’re a wildlife or sports photographer and don’t want to splash out on a super-expensive full-frame camera, but you do want to get close to the action, use fast-frame rates and carry something small and lightweight, then APS-C is probably the more sensible option. Travel photographers who don’t want to unnecessarily weigh themselves down might also choose to opt for APS-C, or Micro Four Thirds for an even smaller system.

To conclude, the simple truth is that no, not every photographer needs full-frame. While the larger sensor will provide higher image quality in lots of different scenarios, you’ll also have to pay the price for it both in terms of cost and size and weight. For that reason, many will be served just as well, if not better, by choosing a crop camera.

Related reading:
How to clean your camera sensor – safely and easily

For more great guides to cameras, including the best cameras that we think you should be looking at buying, have a look at our latest buying guides, or the latest reviews.