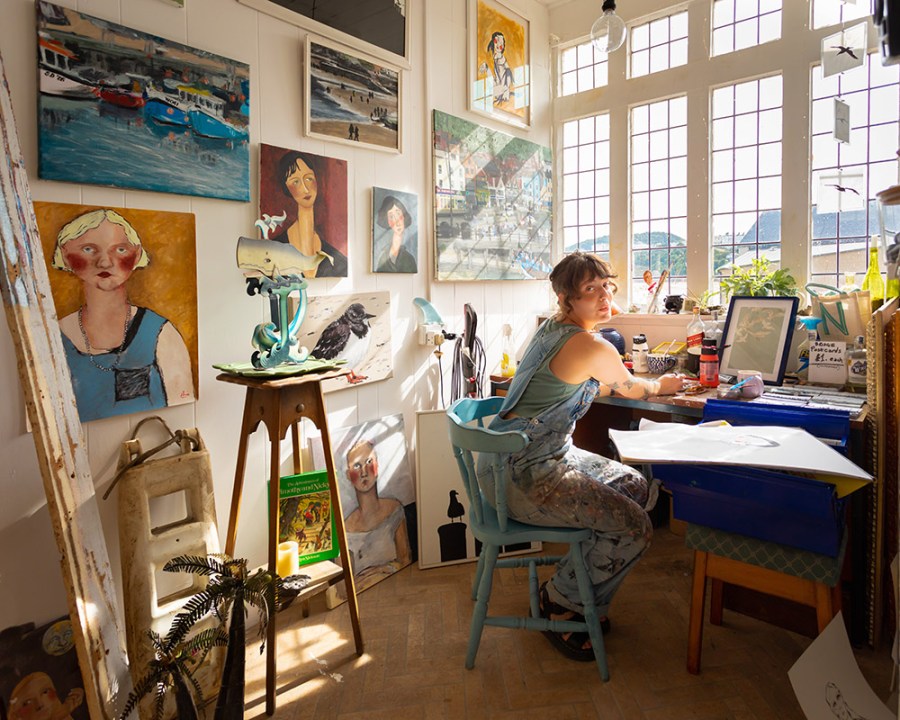 Here are the top ten images uploaded to Photocrowd from APOY Round Seven, People, with comments by the AP team and our guest judge

People photography is one of the most satisfying genres to pursue, but it’s one that an awful lot of people struggle with – despite their desire to give it a go. And why wouldn’t you want to try it? People are endlessly fascinating and varied, and it’s precisely their unpredictability that makes them such a great subject for your lens. Because when a people shot comes together, it’s probably more exciting and fulfilling than anything else. You’ve managed to capture a fleeting moment or expression that may never be replicated, or you’ve set up studio lights, posed your model and come away with an image that reflects the concept you had in mind. The sheer variety of humanity on this planet is reflected in the range of styles that made it into our top ten. Each one worthy of their place. 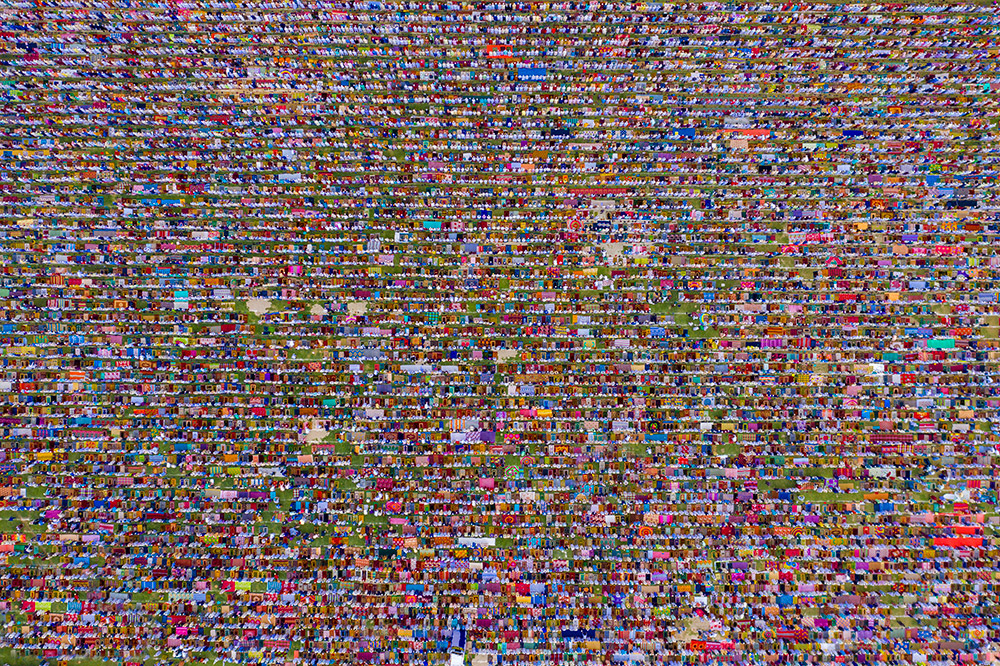 Guest judge Denise Maxwell says: ‘Firstly I am drawn to the colour. My next thought was, what is it? It draws you in, to need to know more. The Eid celebration communicates the diversity within the worshippers, I imagine each of them to be as diverse as the mats we see.

‘It is with these types of images that drones have taken aerial photography to new realms. Imagine the cost and planning that would have needed to go into an image like this years ago. ‘The classic clean composition allows you to get an idea of the vastness of the celebration through the multiple rows of people. It is one of those images you look at and wish you had in your own portfolio.’ 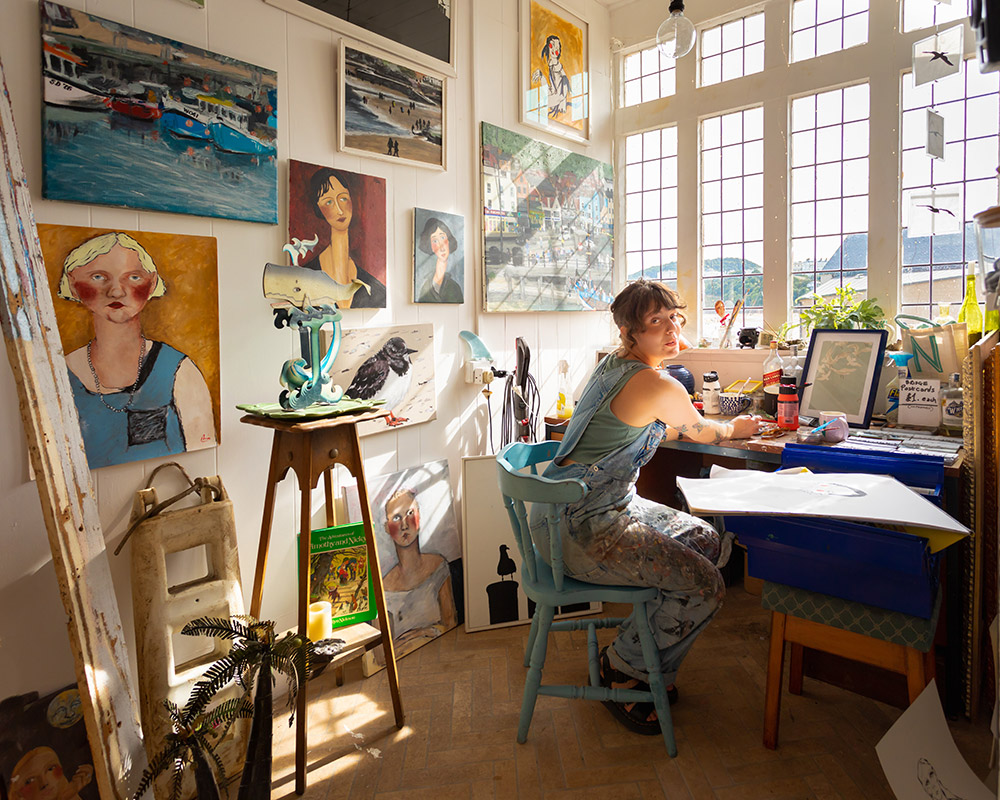 A great deal of portraiture is about telling a person’s story and giving a viewer an insight – however fleeting – into their life. This image – an excellent environmental portrait – does just that. We know instantly that we are looking at an artist in their studio and we want to find out more, which we can, by spending time with the image, studying the abundance of detail in it. The composition is excellent and slightly unconventional, with the artist’s body turned away from the camera. However, look closely and you’ll see the angle of her head and her expression echo those of some of the paintings on the wall behind her. All this, before we even get to the gorgeous light that’s flooding the room. The whole scene is wonderful. 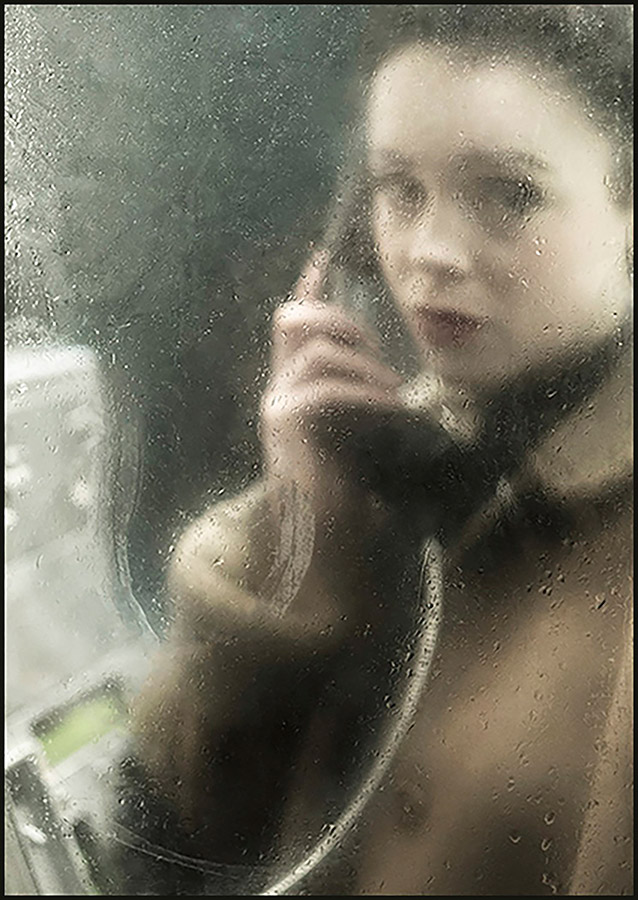 The judges were drawn immediately to the sense of mystery in this image. It’s been extremely well previsualised and executed, with an air of tension that makes it worthy of a still from a film noir movie. The model’s styling and clothing give it a timeless feel, and her facial expression hints at the unfolding of a thriller. Shooting through the rain-spattered glass gives the image texture and depth, but not so much that we lose any detail. The processing is very good, too, keeping the tones neutral and subtle. A great job. 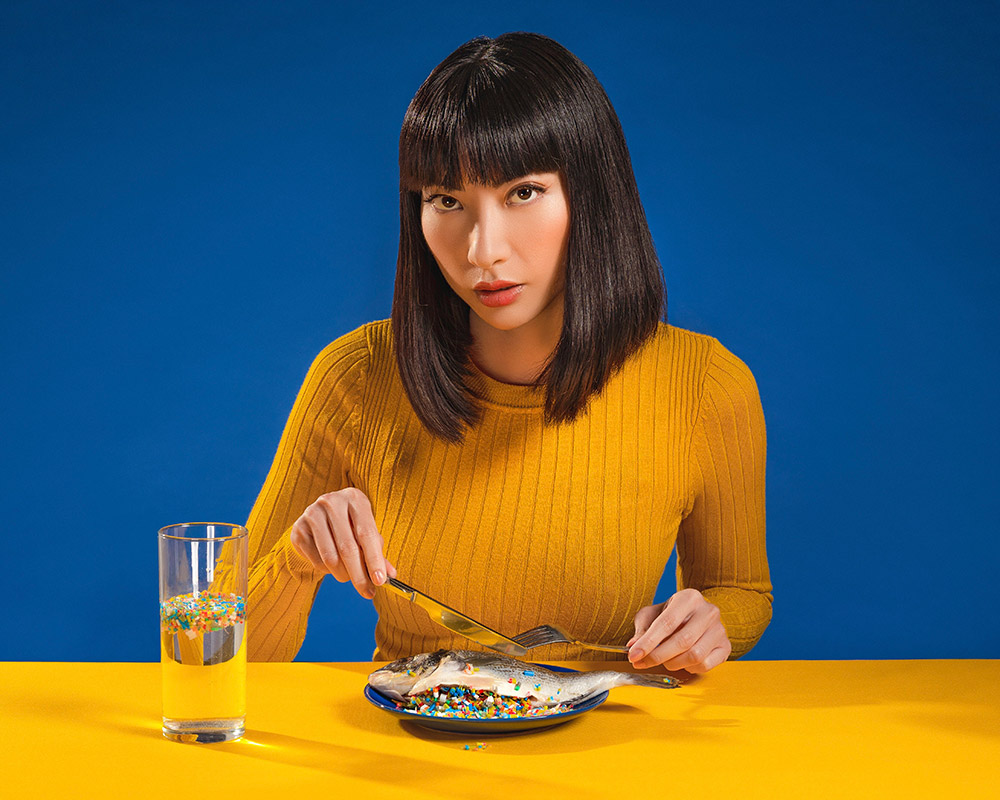 In stark contrast to the images that have come before it, here we have a slick studio set-up, which stands out for being very different from anything else in the top ten. At first glance, it looks like an attractive model with a plate of food, but look closer and you’ll see there’s an environmental message on the subject of microplastics that has been very clearly thought out and executed. Integral to the image is the choice of yellow and blue to represent the ocean and the sun, and compositionally, our eye goes to the model’s direct stare first, before dropping to the plastics on the plate. Direct, impactful and thought-provoking. 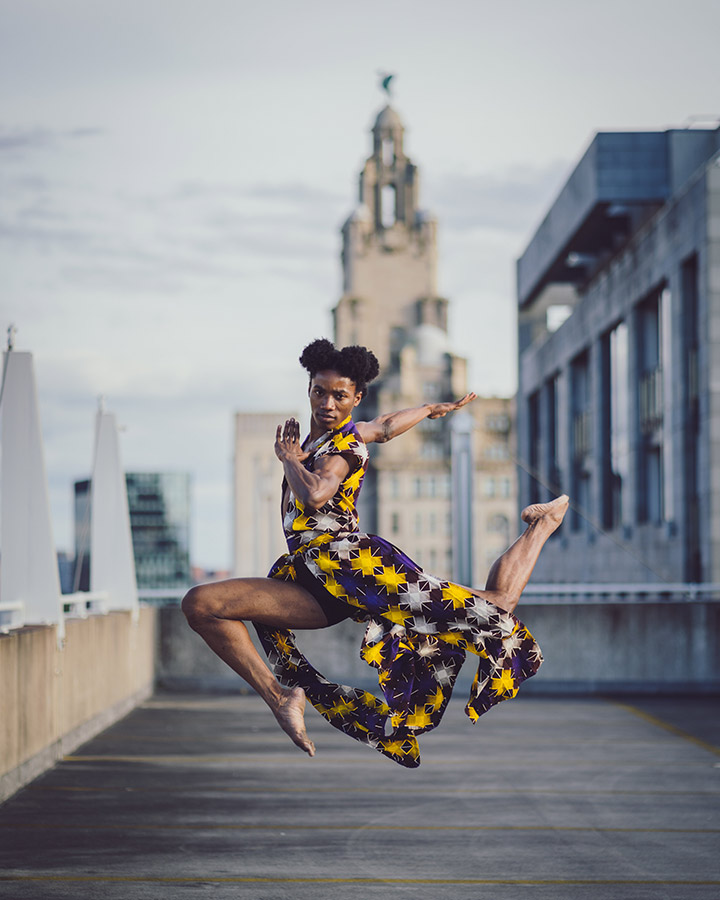 Working with trained dancers is a gift to the people photographer, but it’s important not to get carried away and to still control the shot – which is what Greg has managed to do so well here. First, he’s chosen a great rooftop location that gives context and interest, while at the same time shooting with a wide aperture to make sure there’s no clash between subject and backdrop. Then there’s the dancer’s costume, which pops out of the frame. And finally, there’s the dancer himself – powerful, graceful and completely in charge of his body. The leap has been captured at its apex – even a millisecond earlier or later wouldn’t have worked so well. A cracking shot that demonstrates
the value of a strong collaboration between subject and photographer. 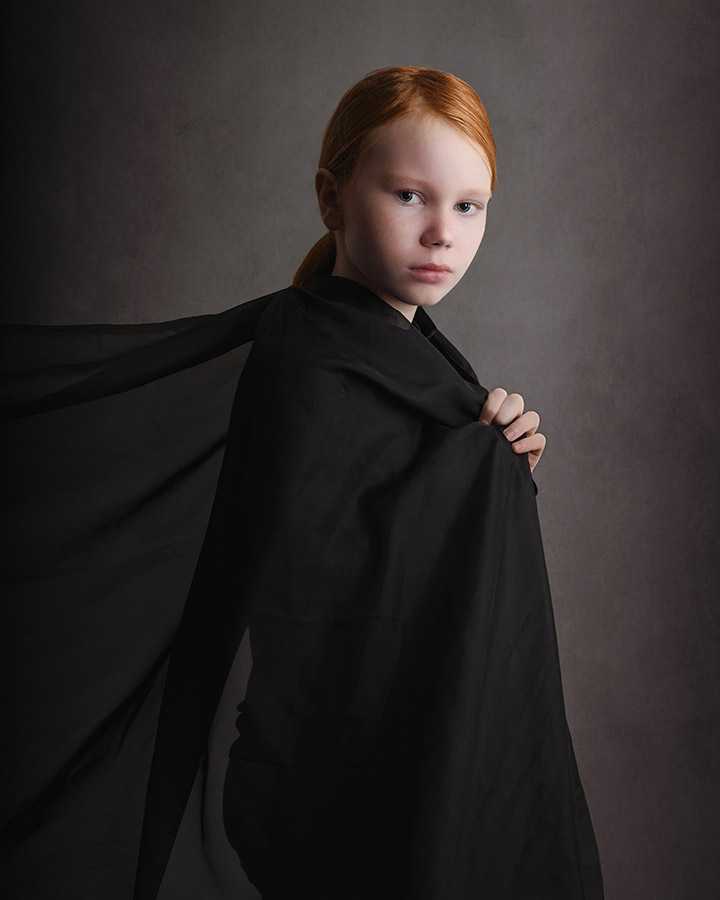 Another beautifully executed studio shot here, which has been very well considered and created. It’s easy to fall into the trap of multiple lighting set-ups and convoluted poses, but this image shows that the reverse is nearly always far more effective. The three-quarter pose is a classic portraiture technique that works perfectly here, and gives the impression of the girl glancing over at the camera while passing through the frame. The light from the side models her face beautifully, and there is just enough texture and depth to the black cloth so that it doesn’t block up. Excellent work. 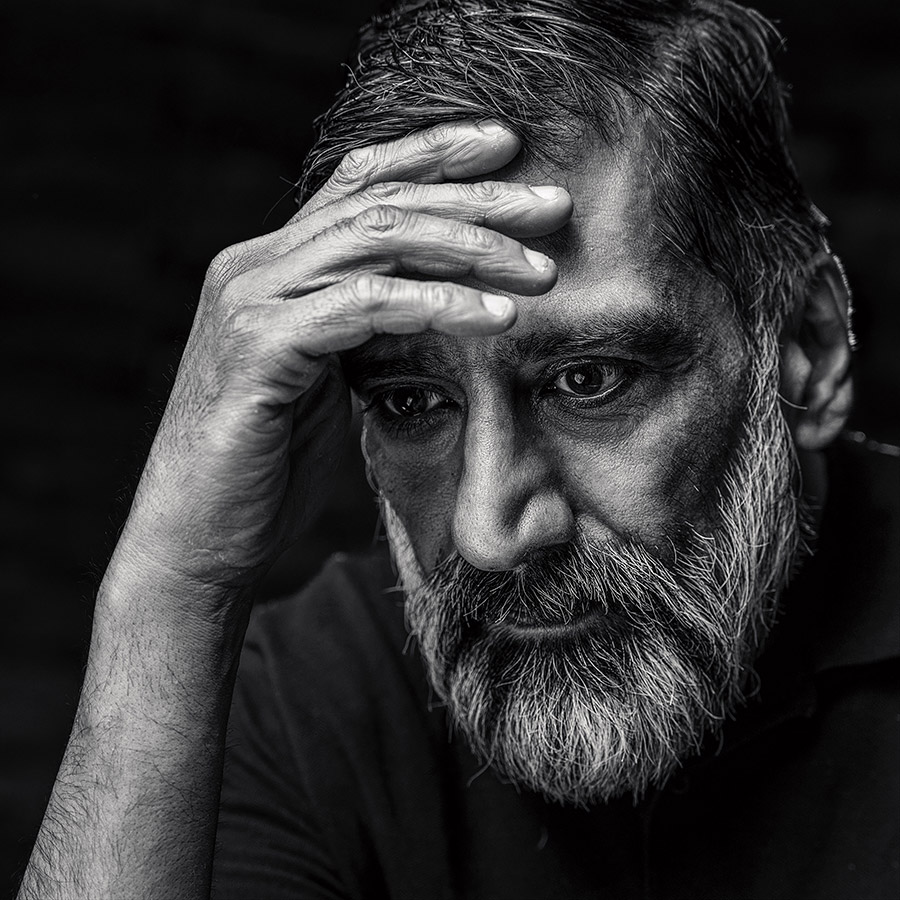 There are, somewhat surprisingly, only two black & white images in this year’s top ten, as it’s in many ways the perfect medium for portraiture – as is demonstrated by Lukasz’s compelling image. It has a gorgeous range of tones, which shows excellent control of technique, and this means our attention is focused on the man’s eyes and his drawn expression. For such an apparently simple image, there’s plenty of depth to it – the viewer is left wondering what this man’s story is, what is causing his expression and why. An intriguing image. 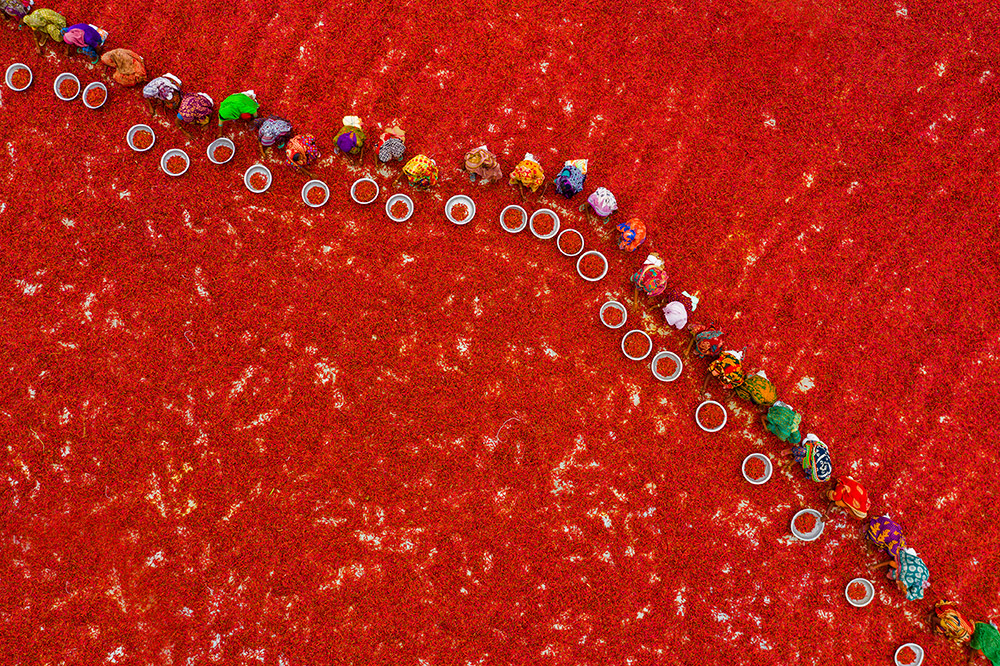 Another great shot from Azim Khan Ronnie, using a drone to its best capabilities. These workers are sorting chillies – hence the extraordinary red ‘carpet’ that forms the majority of the imagery. The composition, with the line going from top left to bottom right, allows the viewer’s eye to meander through the frame, taking in the colours and appreciating the back-breaking work. 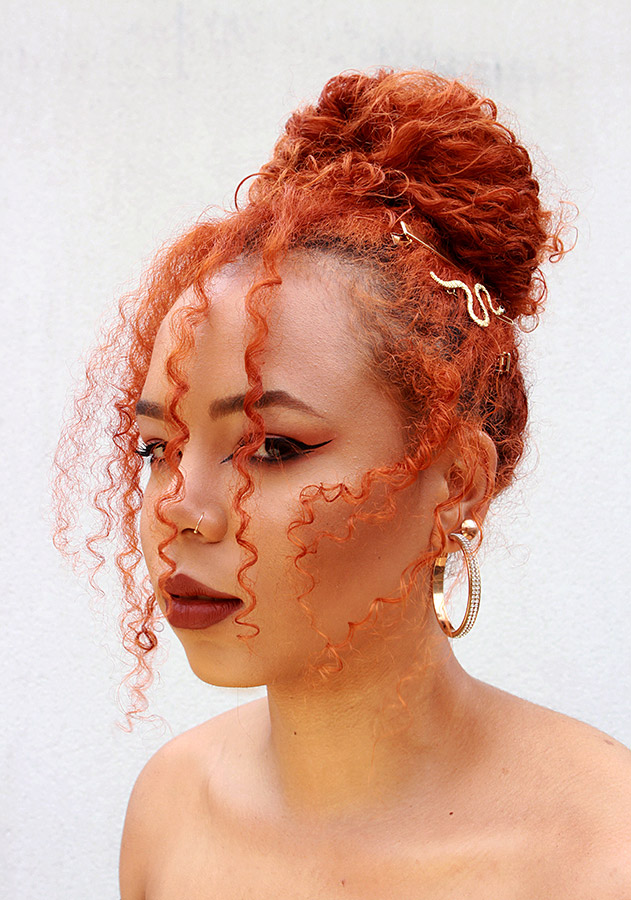 Tobi says she wanted to make her friend Obinna’s red hair the focus of this image, and she has succeeded. The simple pose and the soft light draw attention straight to the woman’s sidewards glance and the arrangement of her ringlets around her face. A plain white background was also absolutely the right treatment. A pleasing portrait. 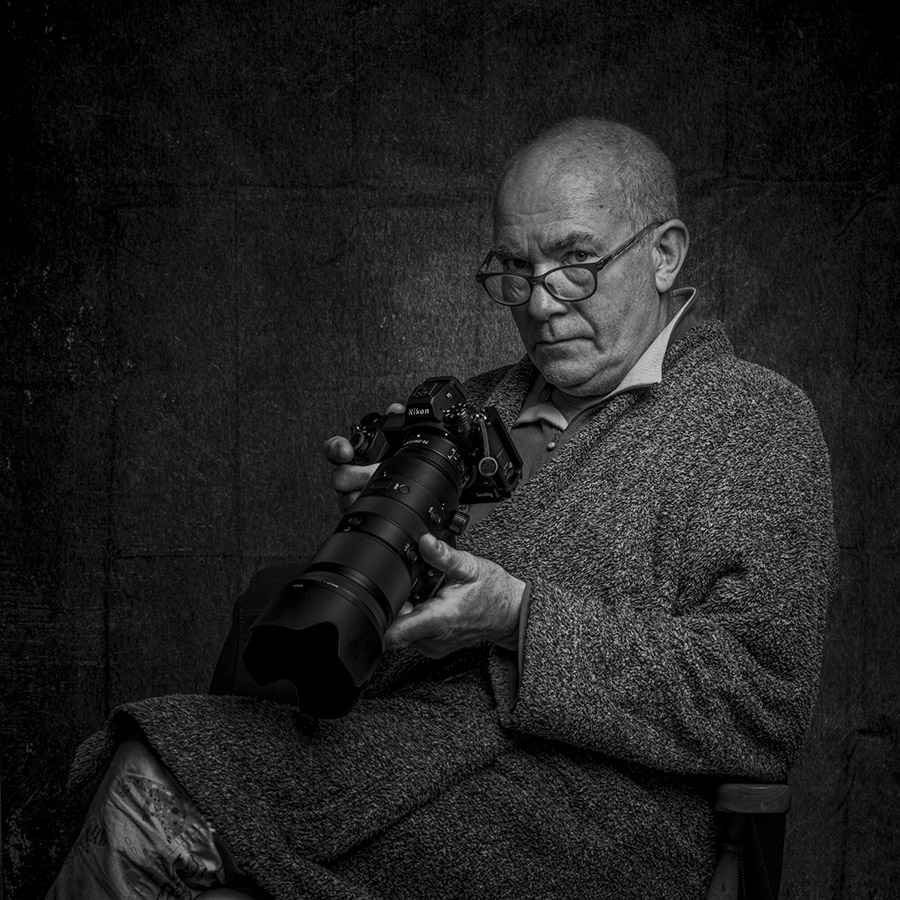 If conventional portraits are tricky, self-portraits are even more so – but we have an excellent example here. David has set up the shot with superb lighting, and he has his pose spot on – right down to the glance over the top of his spectacle frames. It has all the feel of a vintage print, belied only by the obviously modern technology of the camera he’s holding. A clever concept that’s been executed to an extremely high standard.

See the winners and full shortlist for APOY 2022 round six, Close-ups here 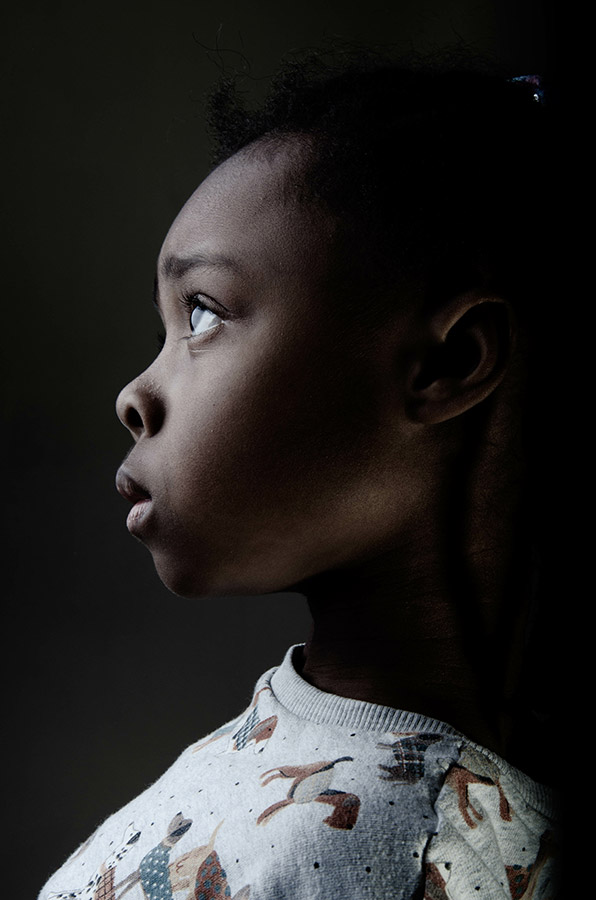 What a lovely portrait from Joshua. It’s tricky to tell whether this was set up or candid, but it doesn’t actually matter either way, and that adds to the appeal. It is, of course, all about the child’s expression, where the faraway gaze and the pensive look draw in the viewer and leave them wanting to know more. The reason all of this is highlighted so well is because of the lovely, soft light – which, we suspect, is natural illumination from a window. The catchlight in the eye is crucial, and the way the face is modelled and given dimension as the scene falls into shadow is spot on. Lovely work. 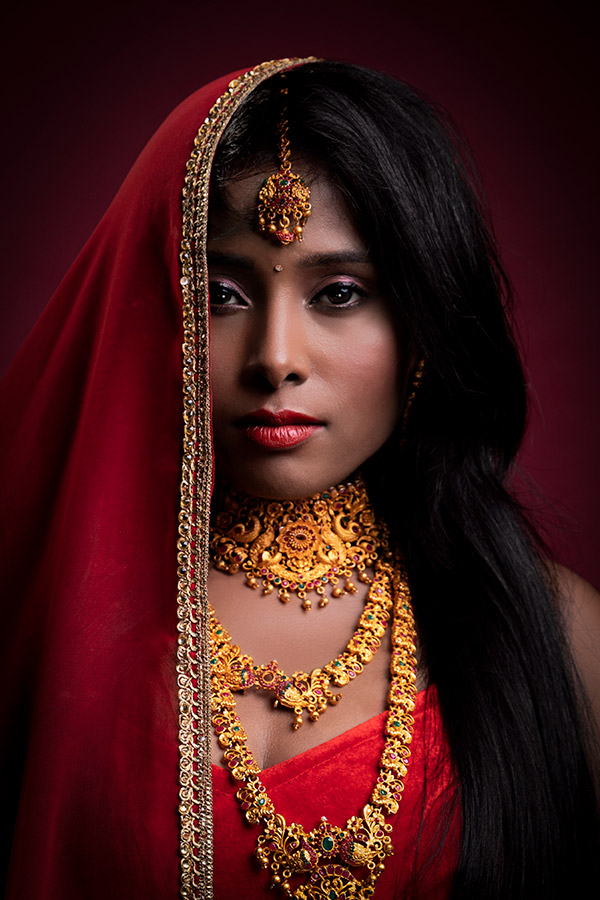 Andrew Knight, from Plymouth Camera Club, shot this beautiful portrait with actress and model Nikita Gordijn at a studio session. He’s demonstrated excellent control of the lighting and colour in post processing, and we like the contrast between her dark hair on one side and the red veil on the other. Plymouth Camera Club is making a strong showing in this year’s competition, thanks to its members selecting it from the dropdown menu when they upload their entries to Photocrowd.

With three rounds to go, and subjects as diverse as Wildlife, Street and Action, it’s impossible to predict how the top end of the table is going to turn out. Azim Khan Ronnie has consistently performed well, as has Tommaso Carrara, but we could easily see others flying up the table if they have a successful month. Things are equally as tight at the top of the table in Young APOY, and almost anyone in the current list could find themselves knocking on the top spot by the end of the competition – or even someone whose name isn’t there yet! And while Launceston Camera Club appear to be running away with things, there is still time for other clubs to make a good showing. Keep those entries coming! 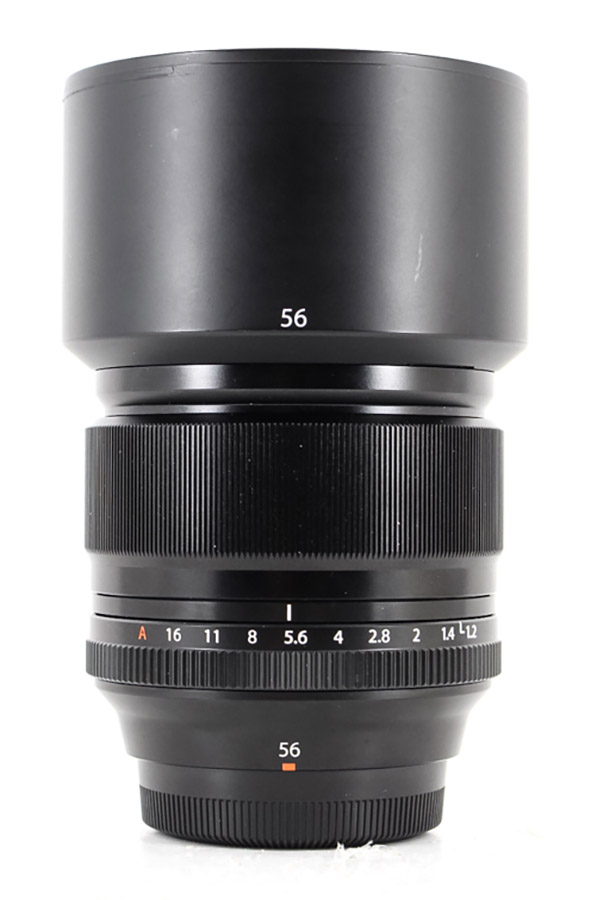 Taking third place, Wendy Mountford used the Fujinon XF 56mm F1.2 R lens to take her portrait. Equivalent to an 85mm in full-frame terms, this lens is what many would consider to be an ideal portrait focal length. The super-fast f/1.2 aperture is perfect for throwing backgrounds out of focus and drawing attention to the main subject. When reviewed in AP this lens was awarded four stars, and is now available at MPB for between £359 and £479, depending on condition. 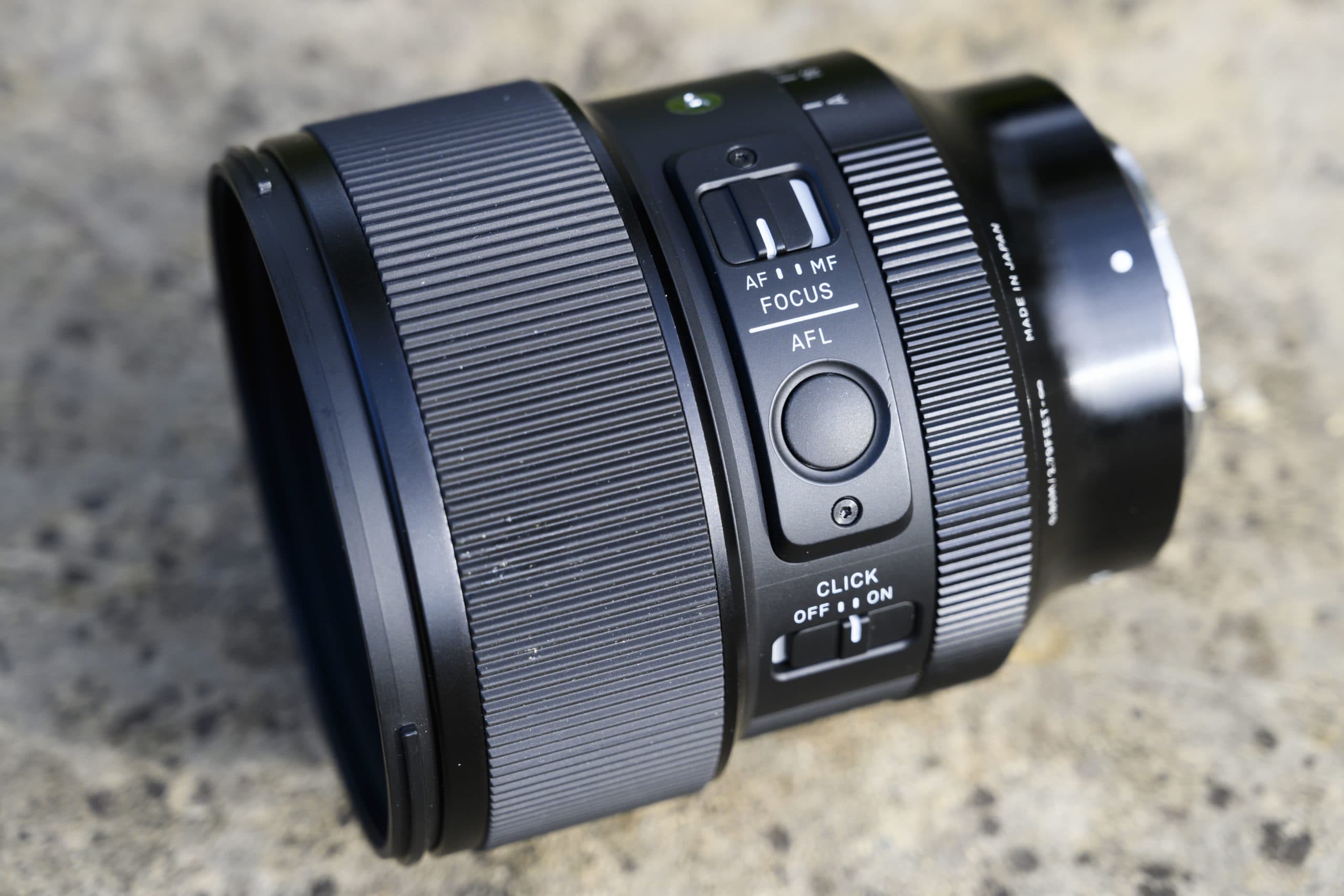 In fourth place, Dominic Beaven used a full-frame 85mm lens – the outstanding Sigma 85mm F1.4 DG DN | Art. With its dust- and splash-proof construction, it has superb performance wide open. The AP review concluded by saying, ‘I’ve tested some phenomenally impressive prime lenses over the last couple of years, but the Sigma 85mm F1.4 DG DN Art stands out as one of the best, if not the best.’ It can be bought with a Sony E-mount at MPB for £924 in like-new condition. 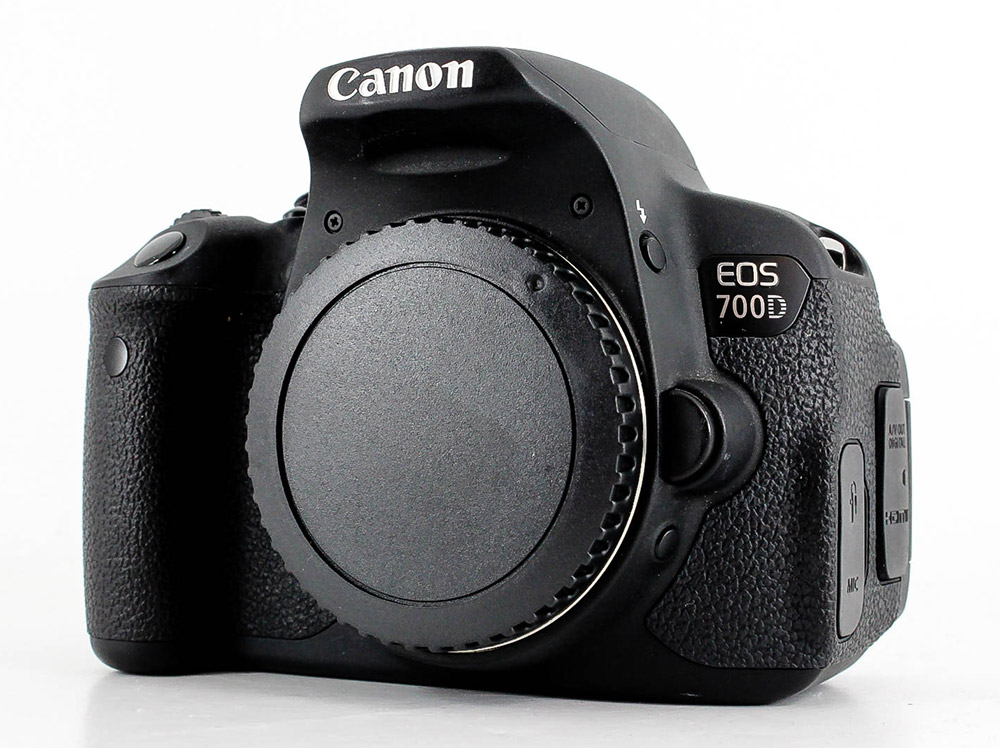 In ninth place, Tobi Sobowale shot with a Canon EOS 700D, showing that great portraits don’t need expensive equipment. An entry-level DSLR, it has an 18MP Hybrid CMOS AF sensor, an autofocus system with nine cross-type AF points, and continuous shooting at 5fps. It also has a number of creative filter effects including Grainy Black & White, Toy Camera and Miniature. This camera can be found at MPB for between £204 and £249.

Winners of APOY 2022 Close-ups round revealed!