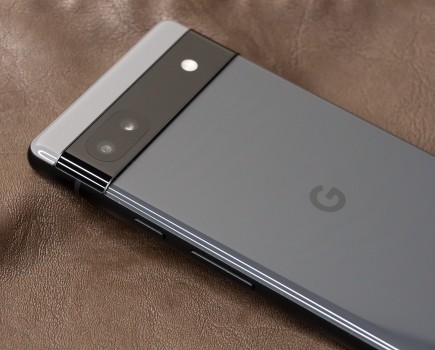 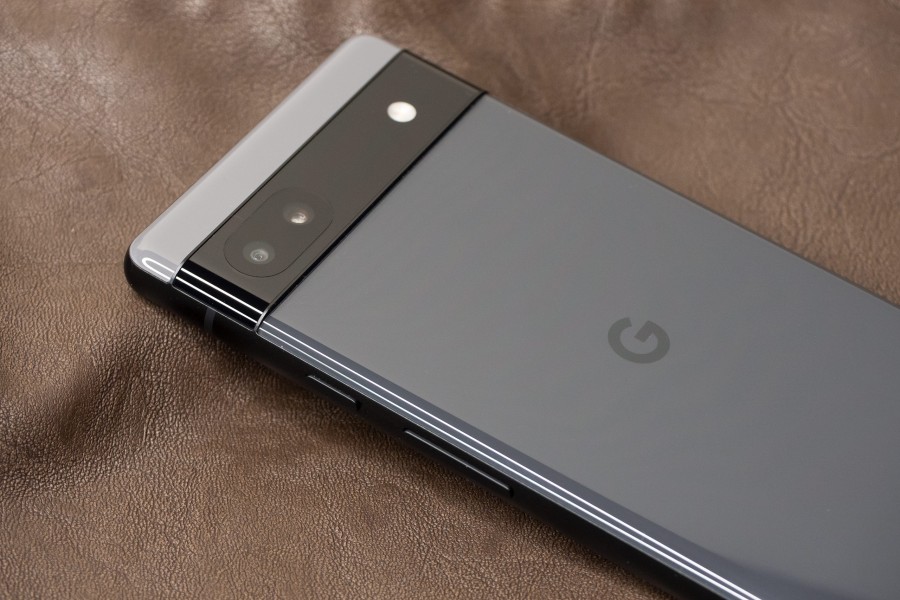 The Google Pixel 6A is Google’s latest mid-range smartphone, sitting underneath the Pixel 6 and Pixel 6 Pro, but with a much more wallet-friendly price of £399/$449 sim-free and unlocked. Offering both an ultra-wide camera and a wide-angle is this smartphone worth your attention? 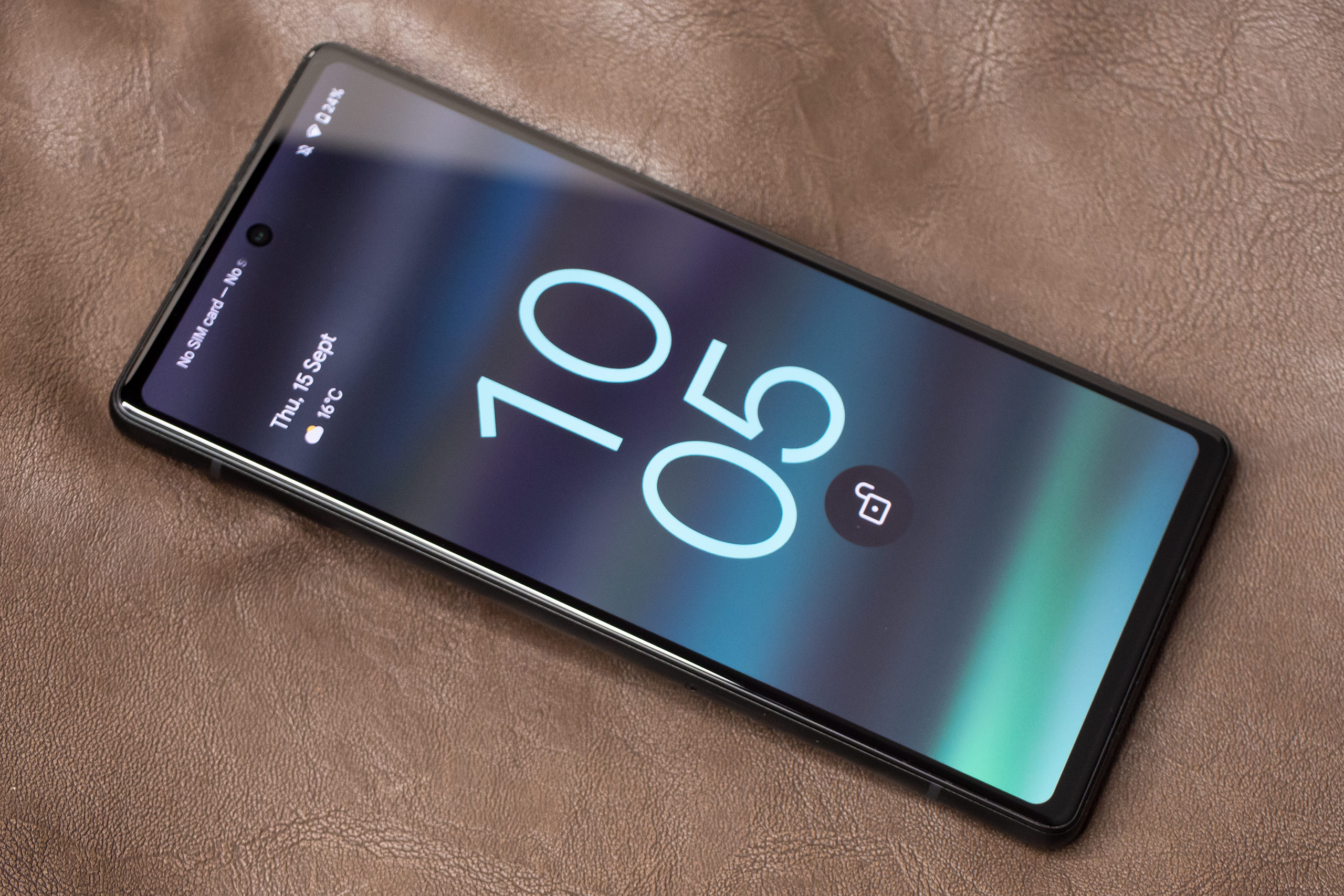 The Pixel 6A may be £200/$200 cheaper than the Pixel 6, but it offers a similarly impressive set of features, with a 12MP ultra-wide camera, as well as a 12MP wide-angle (standard) camera with optical image stabilisation (OIS). Where the Pixel 6A differs from the Pixel 6, is in the standard camera’s specifications, with the Pixel 6 offering a 48MP camera with a larger sensor, and an additional AI “motion” mode. 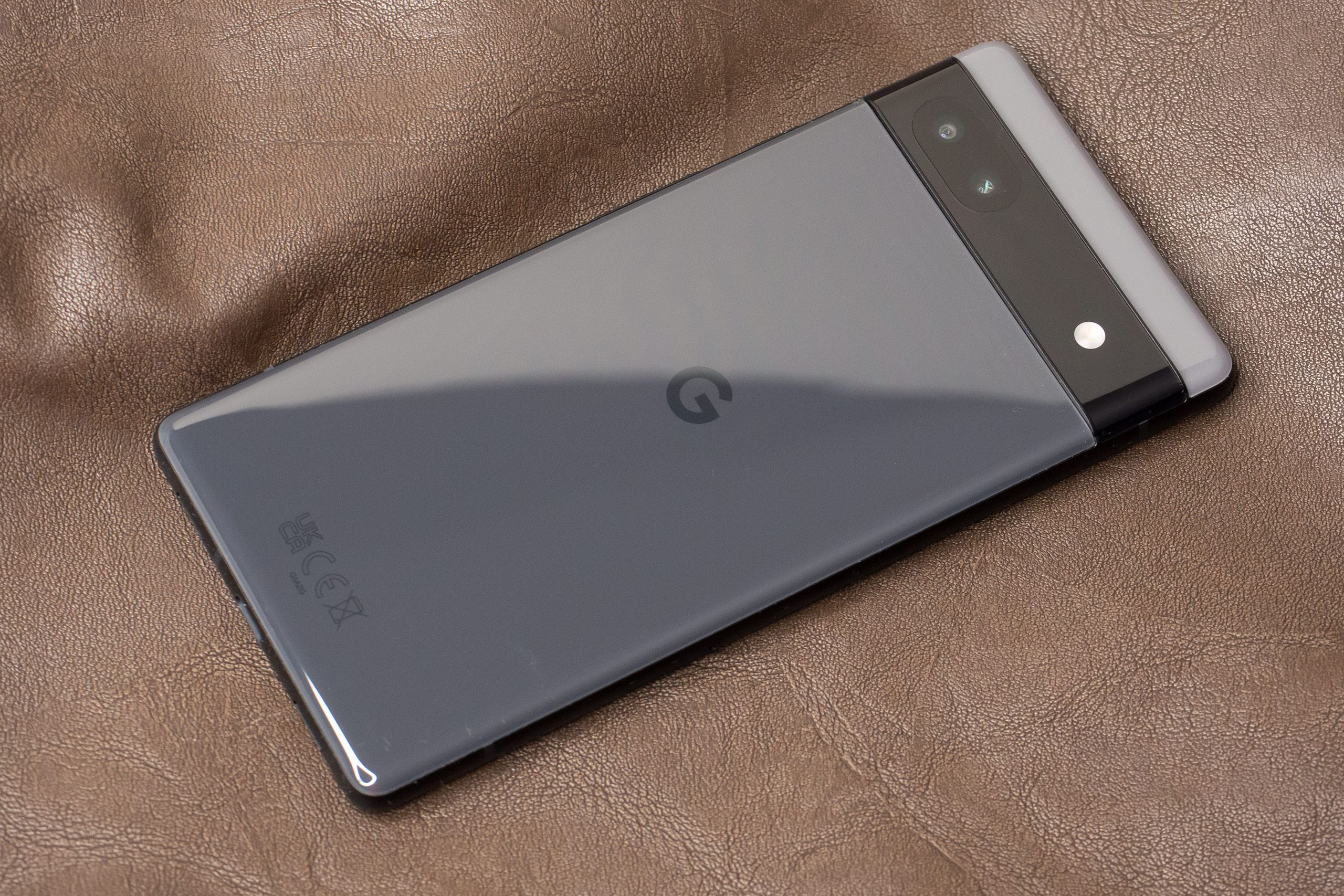 Google Pixel 6a, Grey – with a grey back, the Pixel 6A doubles as a handy white balance tool, Photo: Joshua Waller

Almost all photography features and processing remains the same on both models, with the Pixel 6A also offering intelligent AI (Artificial Intelligence) features including ‘magic eraser’ letting you remove objects from the background of photographs, but motion blur (for smooth water shots) is missing.

Like the Pixel 6 and 6 Pro, the 6A features Google’s TENSOR processor, as well as an in-screen fingerprint reader, but has 6GB of RAM, rather than the 8GB found on the Pixel 6. 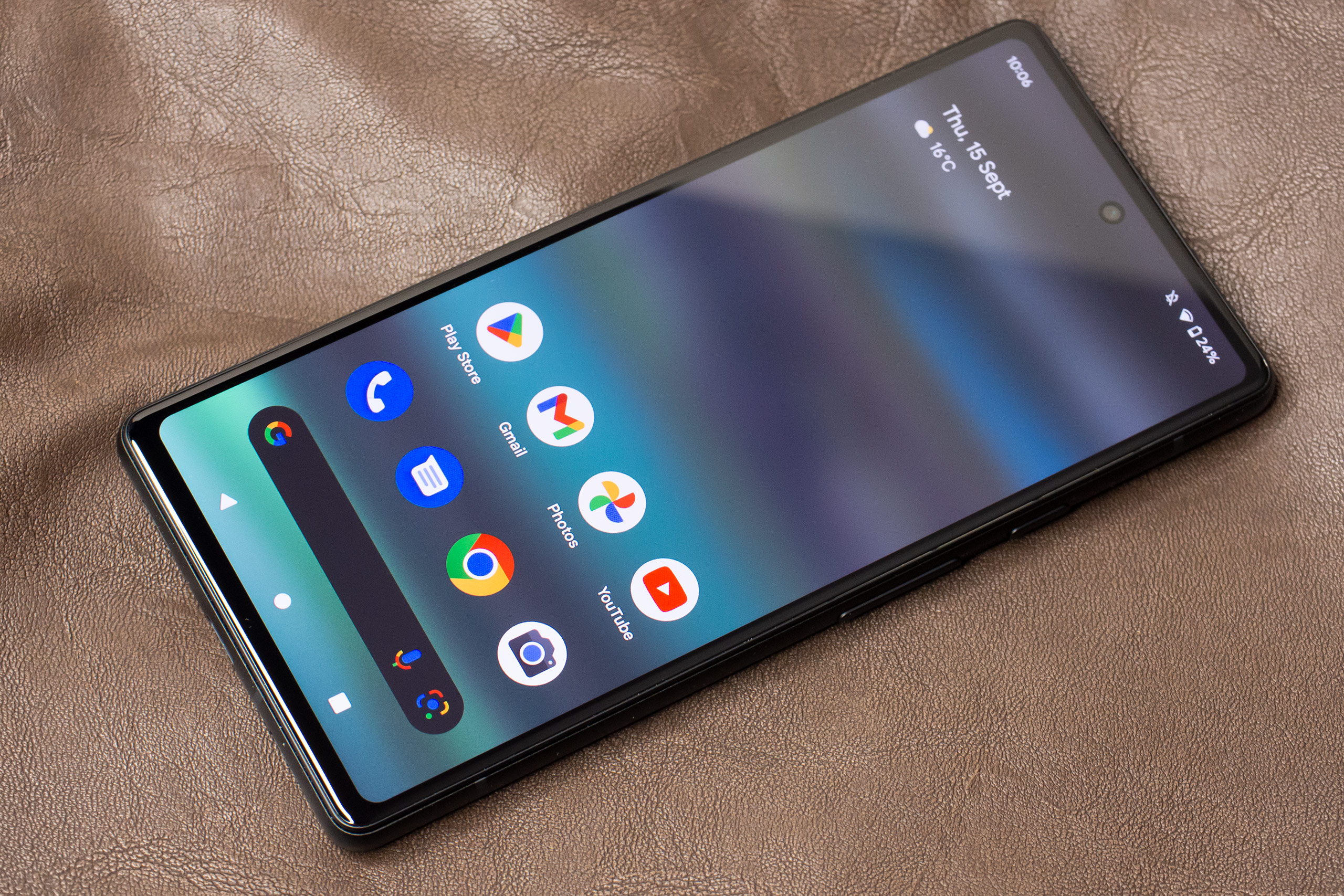 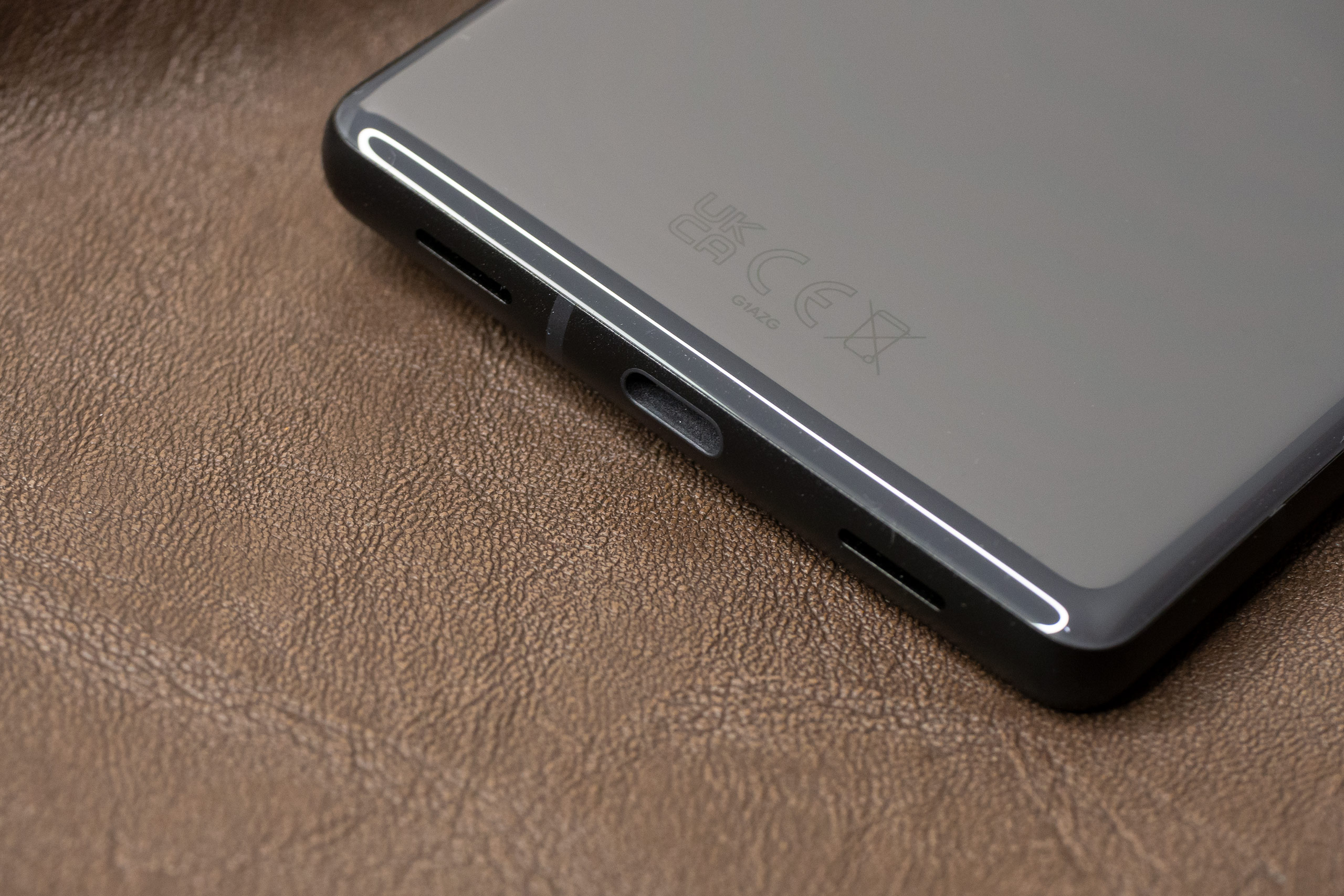 The Google Pixel 6a does not feature a headphone socket, but does feature stereo speakers, Grey, Photo: Joshua Waller

The Pixel 6A is extremely compact and lightweight compared to most premium smartphones, which tend to offer larger screens. For those who prefer smaller smartphones, then the 6A could be a great choice, although for protection it’s likely you’ll want to add a case to the smartphone. You’ll also find that the phone is extremely slippery, and a case would help give you a better grip (you don’t get one in the box, nor does the smartphone come with a charger). 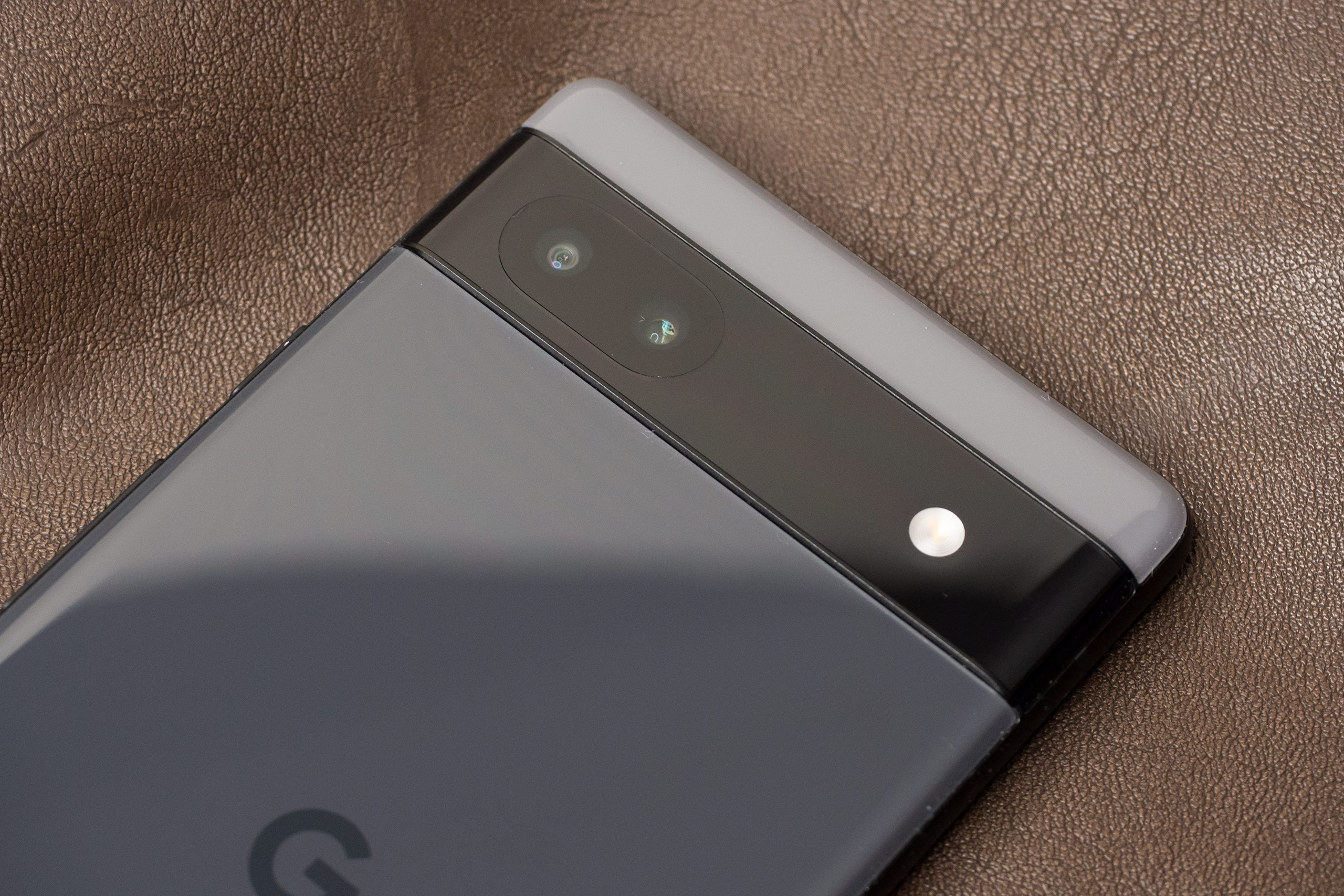 The Pixel 6A features the same design camera bar on the rear as the 6 and 6 Pro, however, on the 6A this is much thinner, and the phone is much flatter when placed on a flat surface. You also benefit from IP67 waterproof and dust proof rating, which is impressive for a mid-range phone – the Pixel 6 offers IP68.

Shooting features include a number of mostly automatic modes, and there are no manual or “Pro” modes available, which could frustrate those who want to use these. 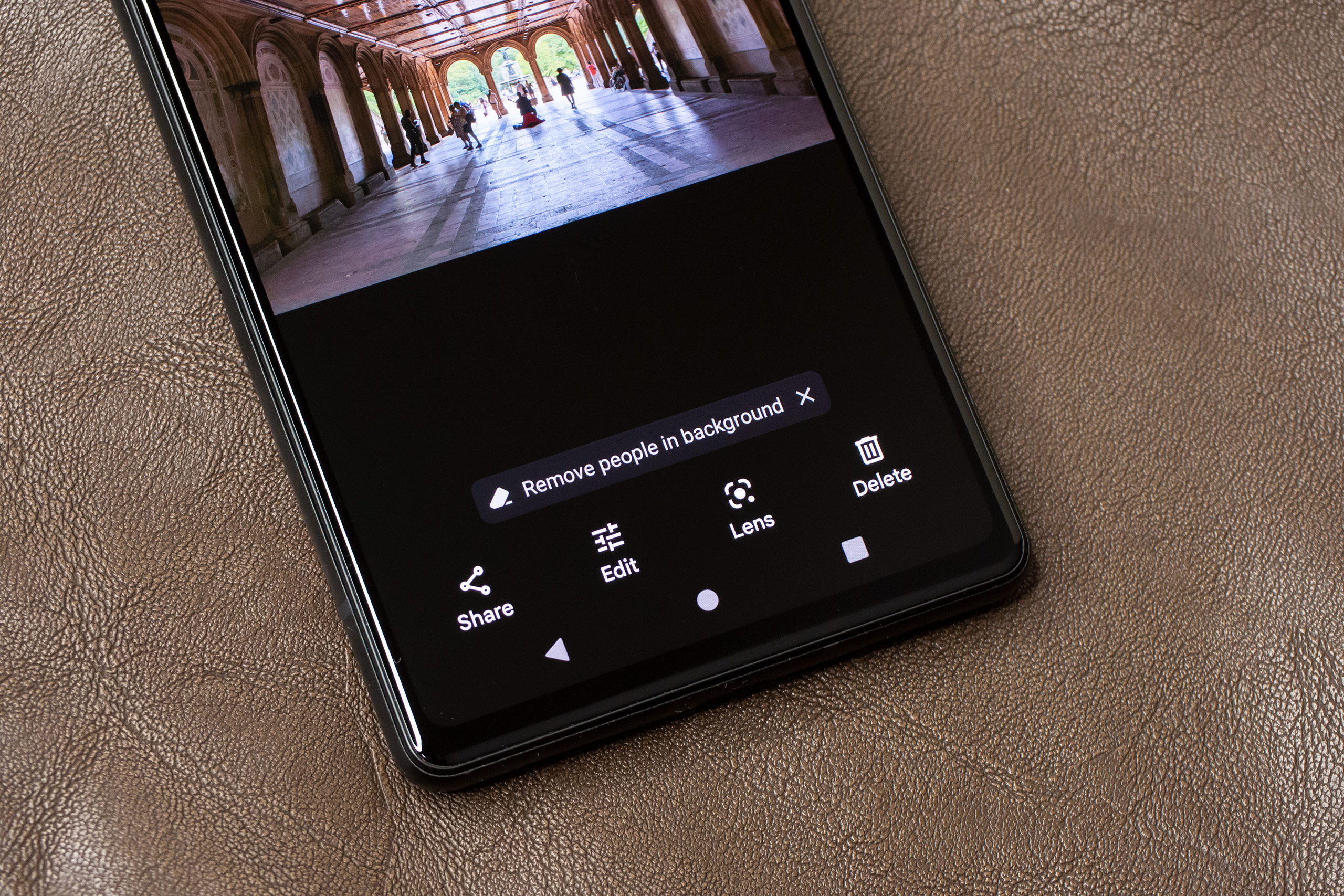 The Pixel 6A is also missing some of the more impressive shooting modes that are found on the Pixel 6 and 6 PRO, which includes the “Motion” mode, which is seriously impressive on the 6/6PRO, and it’s a real shame that these aren’t available on the Pixel 6A – see our Google Pixel 6 review to find out why.

However, Magic eraser can be used after taking a photo, to remove background objects such as people (or objects) you would rather not be in the scene. This can work well, as long as you don’t go overboard, and try and remove whole sections of the image. 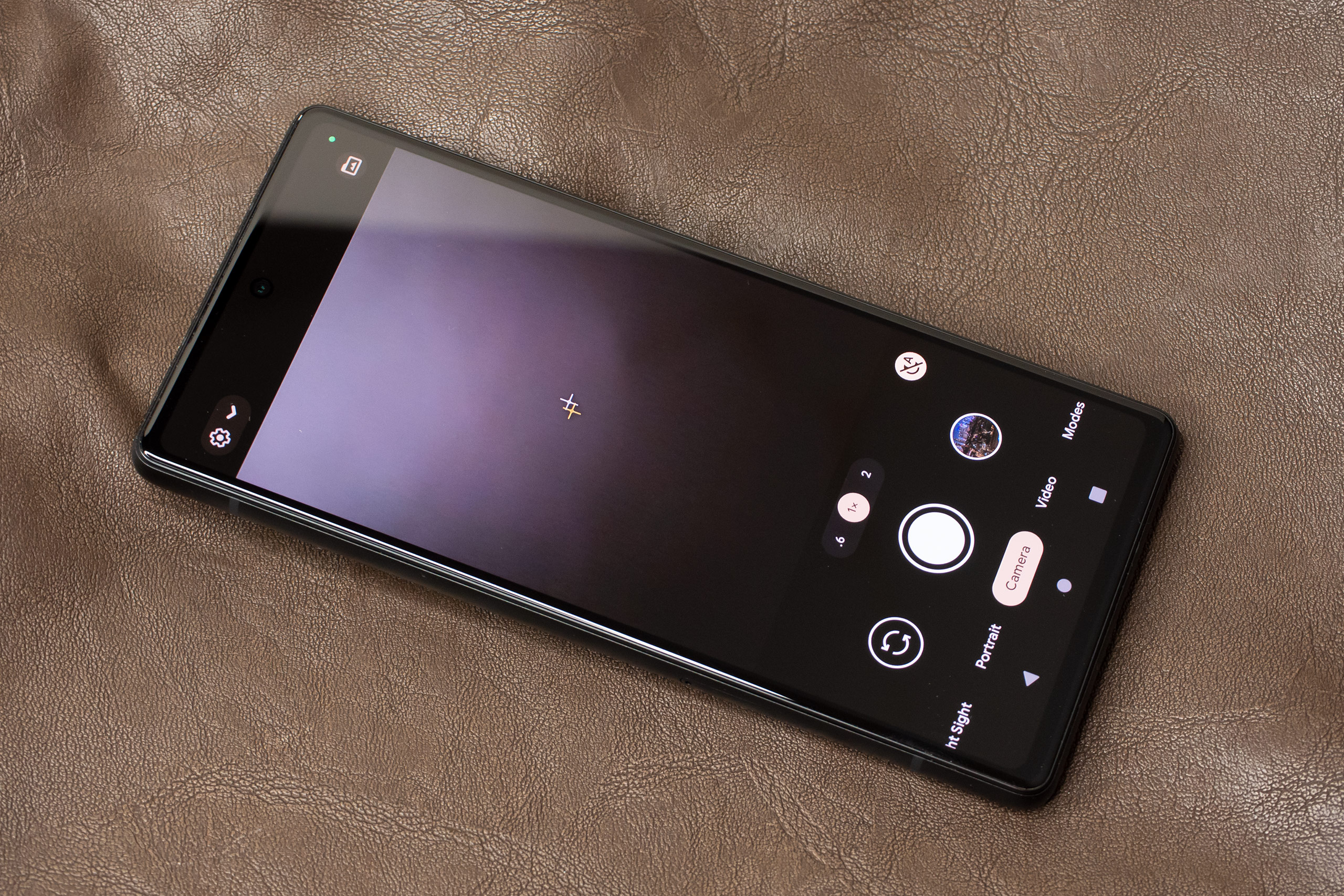 Night Sight – The night mode is called “Night sight” that works with both the ultra-wide camera and standard camera. On a solid or stable surface, the smartphone will detect a stable platform, and will automatically switch to the astrophotography mode, using a longer exposure to give a much improved night shot, capable of capturing stars in the sky.

A time-lapse can be automatically created when shooting astrophotography, and this will put together a short video clip for you, showing the stars move across the sky for example. 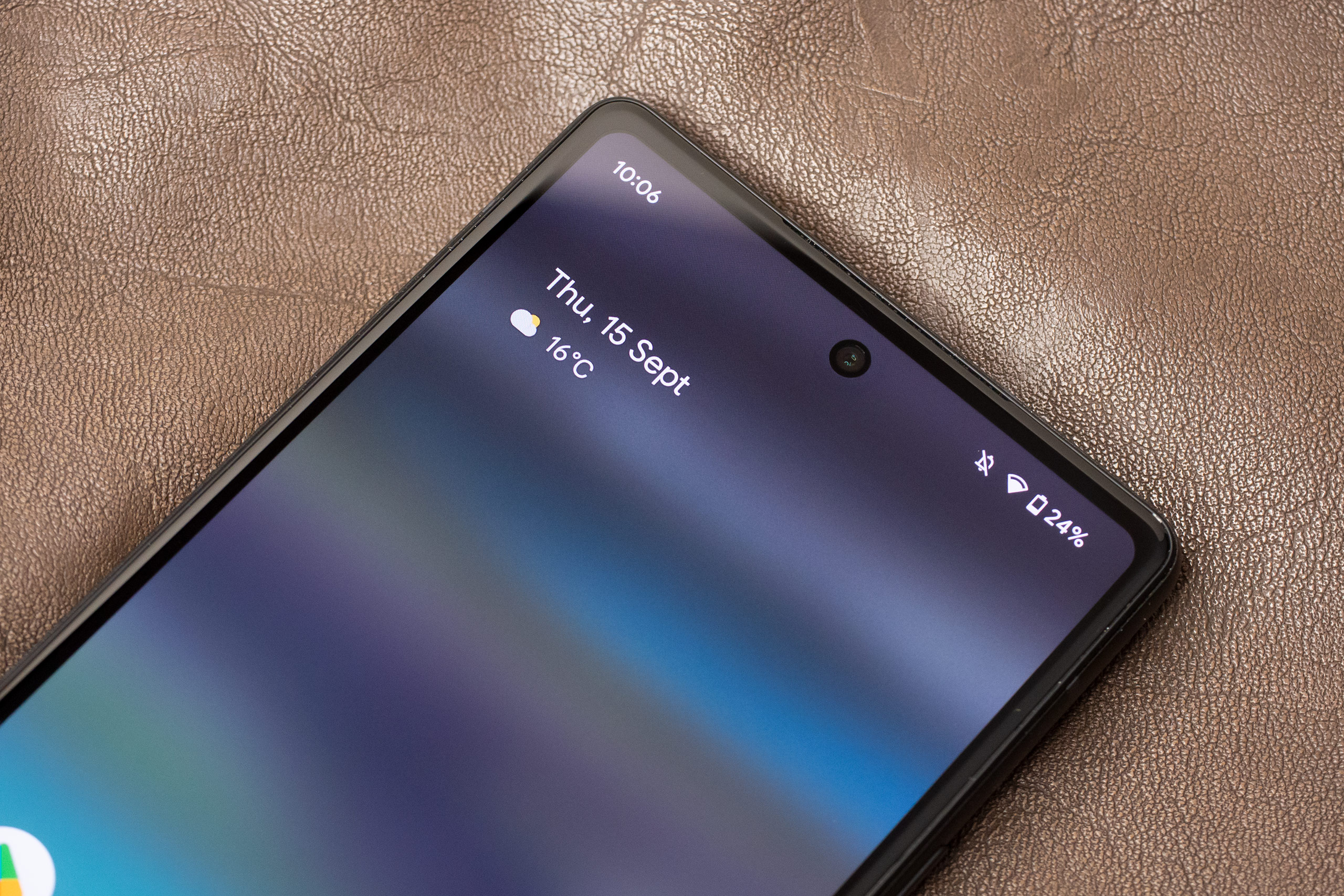 The portrait mode zooms into the image slightly, and gives a blurred background. The phone also benefits from “real-tone” which is designed to give realistic skin tones, and the selfie (front facing) camera on the phone is an 8MP camera built-in to the screen with an f/2 aperture.

There’s also a panorama mode, photo sphere, as well as a “Lens” option that will use the camera to detect items in the scene providing additional information from the internet.

RAW+JPEG can be switched on saving both the standard JPEG and a raw DNG file. 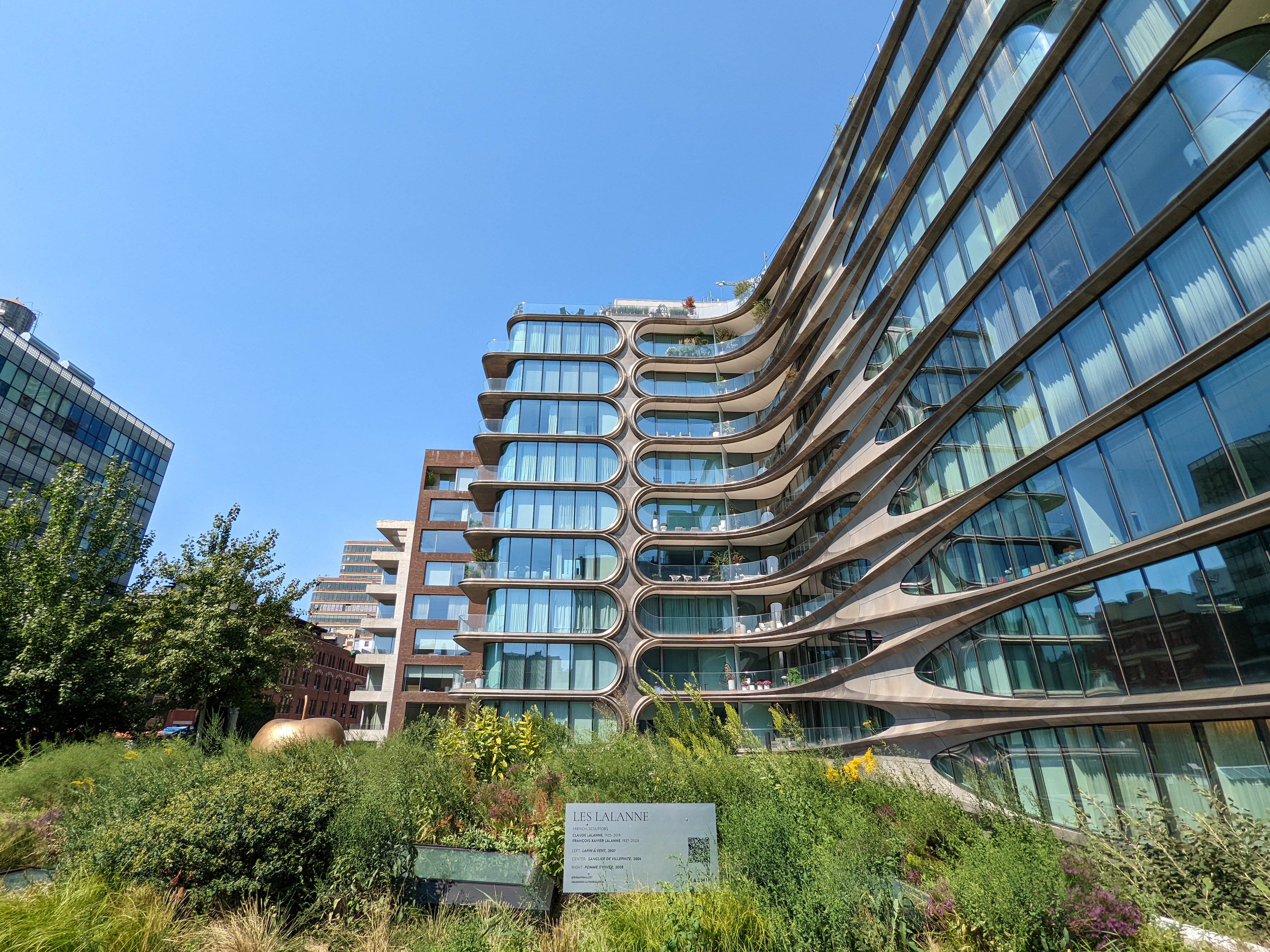 Images from the ultra-wide camera look good, with reasonable amounts of detail. The same ultra-wide camera unit is used in the whole range of Pixel 6 smartphones from the 6A, up to the 6 PRO. Distortion is visible if you have images with straight lines near the edges of the frame, but for the most part this isn’t an issue. 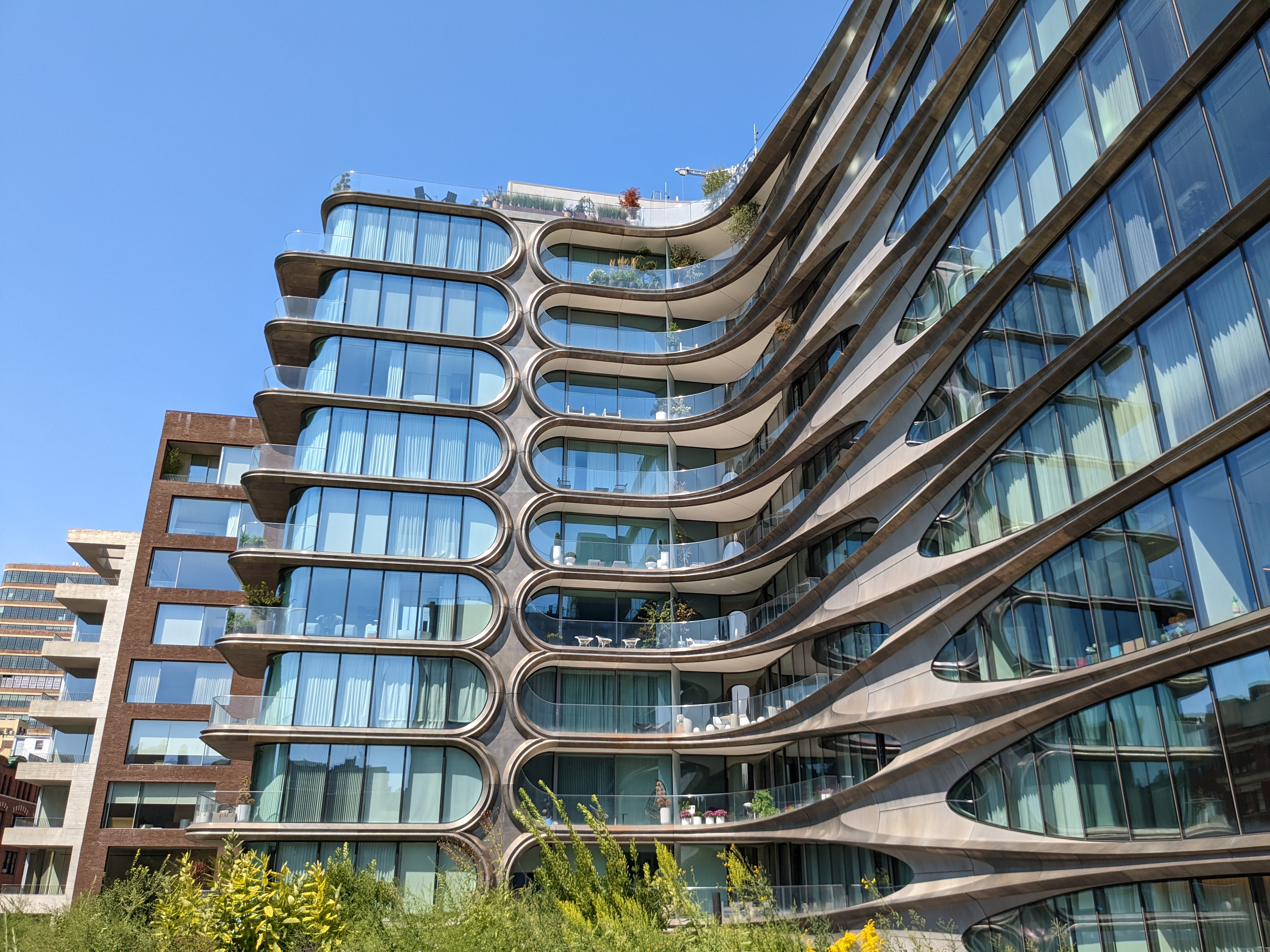 Images from the standard camera’s wide-angle lens give good results, with excellent exposure and dynamic range, thanks to an automatic multi-shot HDR mode that is switched on by default. There are times when images can appear too obviously “HDR” and unfortunately there are not options to turn this off or tone this down. For most people the results will be extremely pleasing. 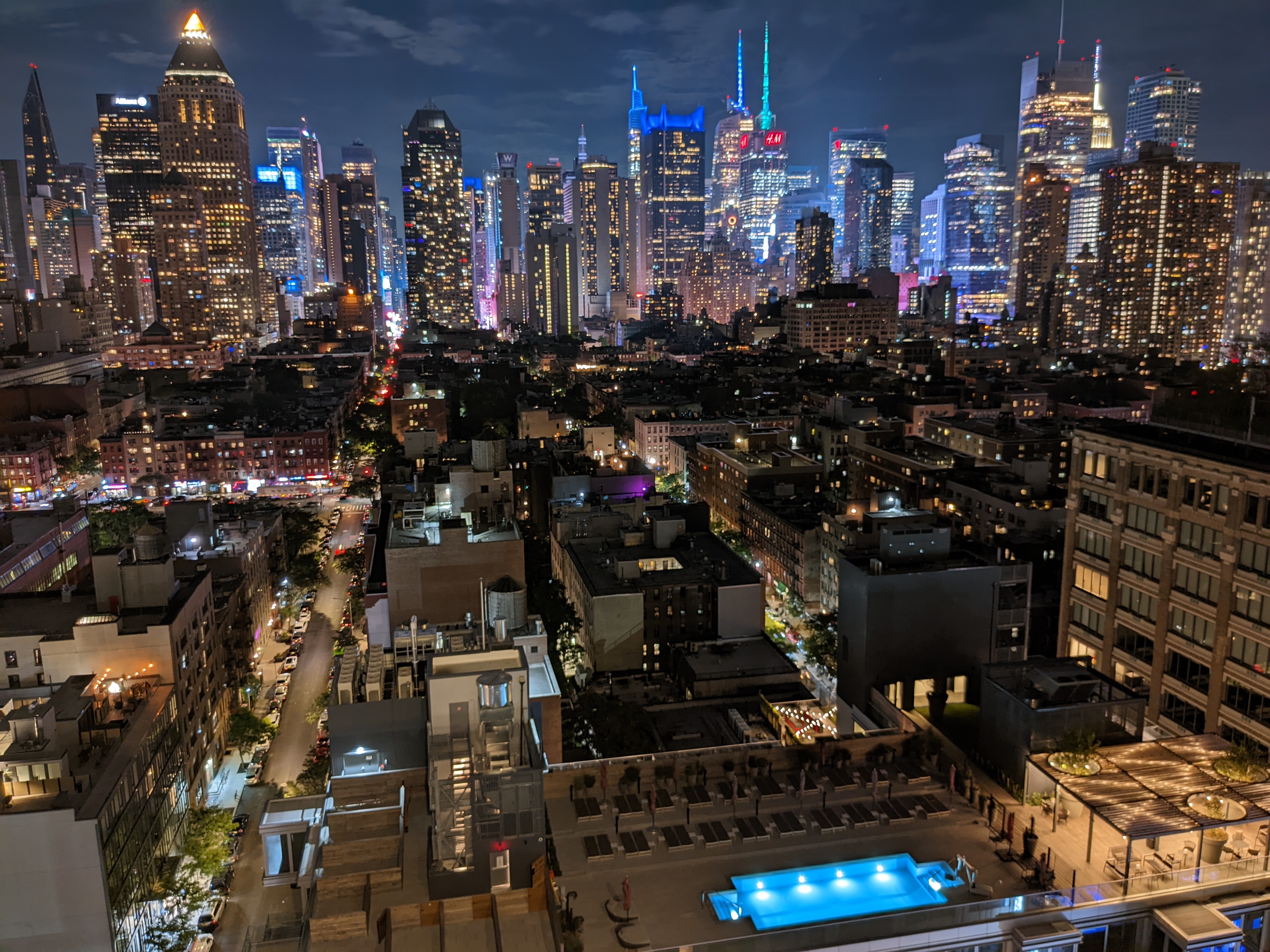 Low-light performance is very good for a mid-range smartphone, however when comparing images next to the same shots taken with the Pixel 6, it’s clear to see that there is a benefit to be found from the larger sensor. However, despite this, it still offers very good low-light performance, and even offers an astrophotography mode when the camera detects either a stable surface, or tripod being used. 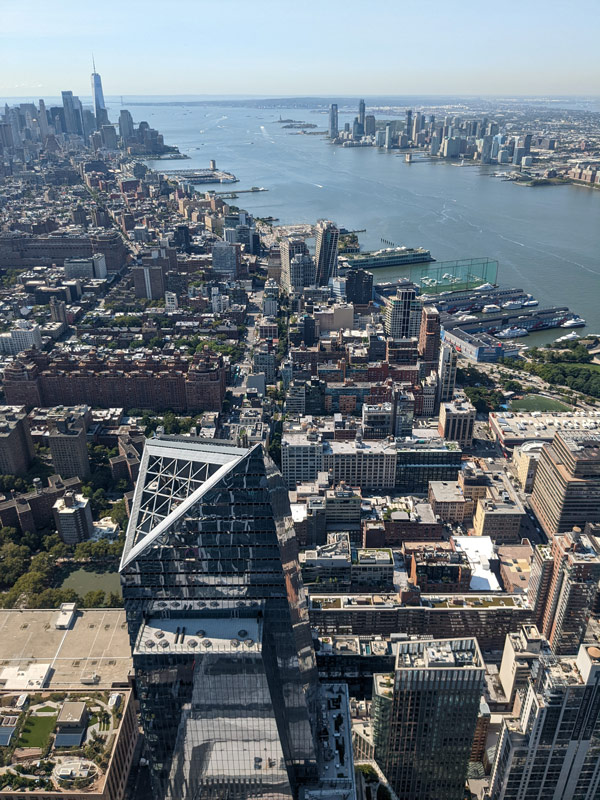 There is an option to shoot at 2x zoom using the main camera, and this takes multiple shots, combining them to give an image with improved quality and detail compared to standard digital zoom. The results are slightly better than expected, but do not match the performance of a true telephoto camera, and you can tell that detail is lacking. You can zoom beyond 2x but it’s not recommended as image quality does degrade. 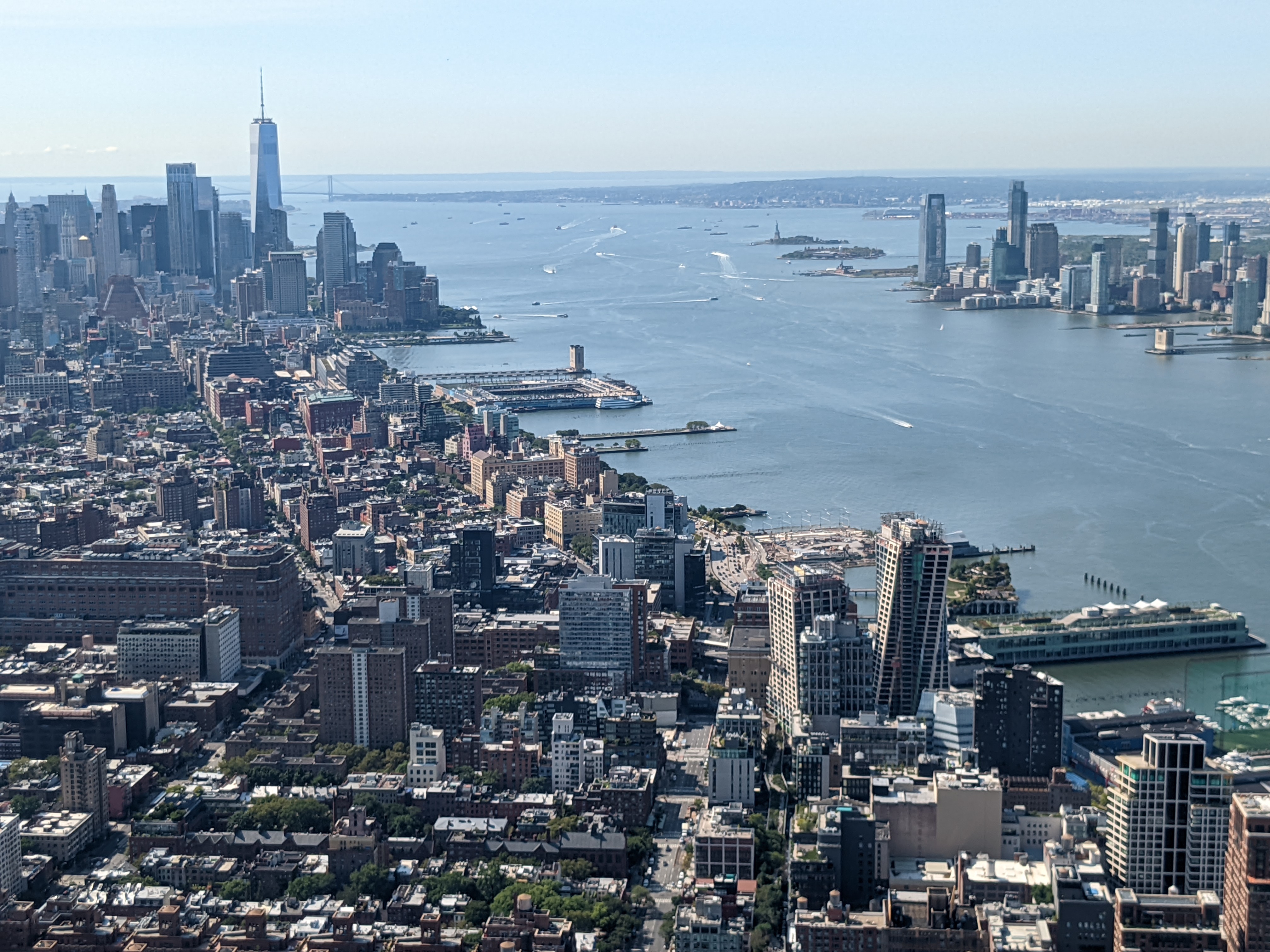 Video recording gives options up to 4K resolution, and up to 60fps recording, with good image stabilisation, as well as good low-light performance. You’ll also find time-lapse, and slow-motion video options, with up to 4x and 8x slow-motion available, albeit at a reduced resolution. 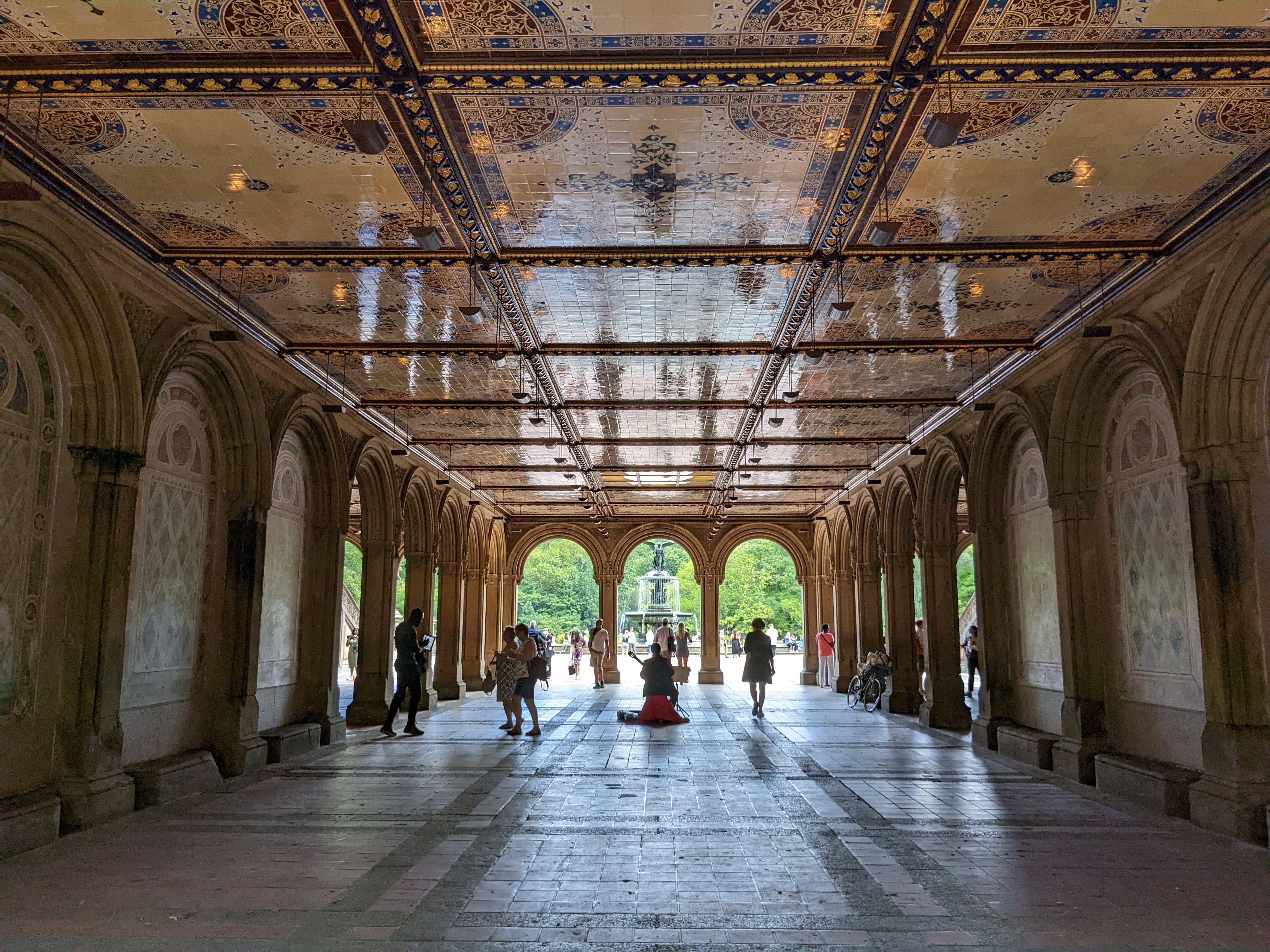 The Google Pixel 6A offers a great dual-camera system with a very good ultra-wide camera, as well as a good to very good wide-angle camera. And, whilst it may not match the flagship smartphones such as the Pixel 6 / Pixel 6 Pro, it comes very close to the performance, with excellent colours, exposure, dynamic range and detail.

It’s likely you’ll need to spend significantly more money to get a better smartphone camera system, and the Pixel 6A also benefits from the impressive computational photography features such as Night sight, magic eraser, and astrophotography, which are great features to have, and difficult to beat.

If a telephoto camera is of importance to you, then the 6A offers a reasonable 2x digital zoom, but this can’t compete with smartphones with a true telephoto camera. For those looking for compact smartphone, the Pixel 6A is hard to beat, especially at this price.

For more options have a look at the best smartphones for photography. 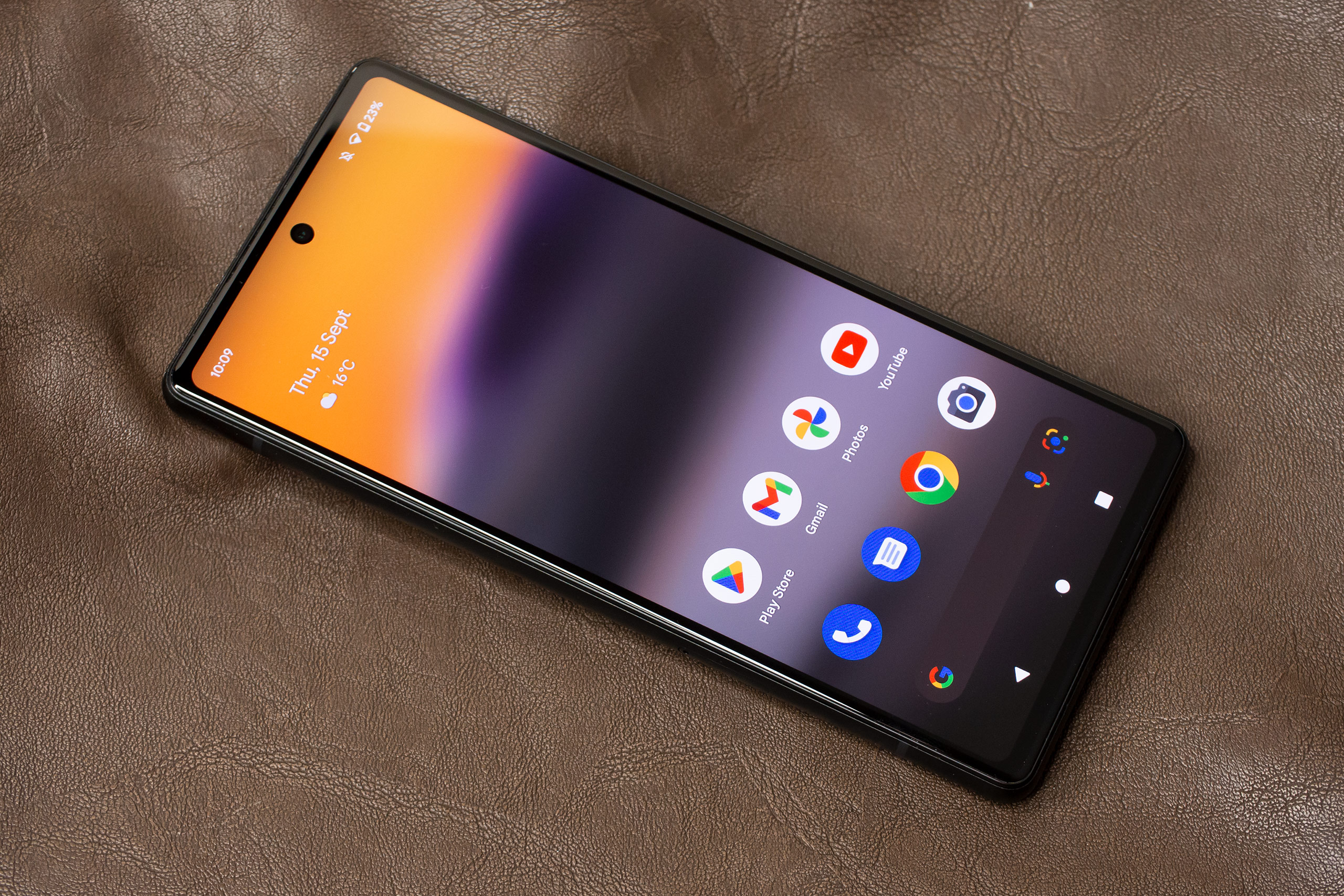