Cons: - There is no Pro or manual mode
- HDR can’t be turned off unless you shoot raw
- Fixed focus selfie camera
- No macro mode 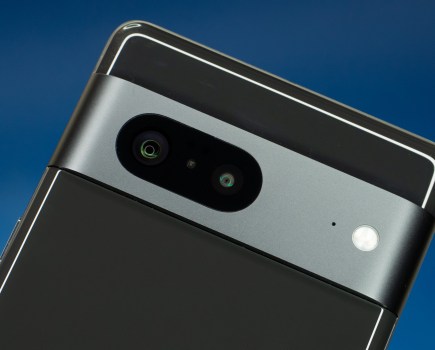 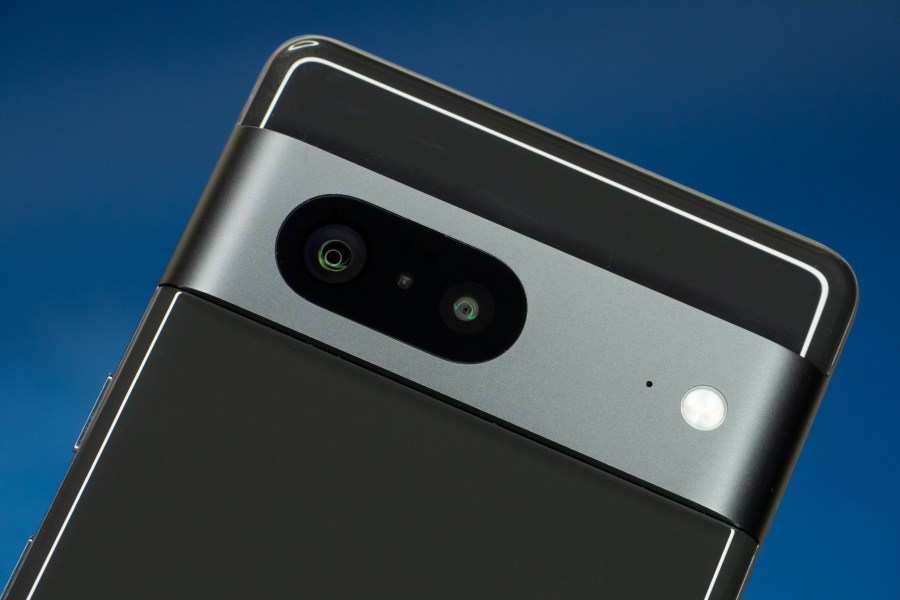 Cons: - There is no Pro or manual mode
- HDR can’t be turned off unless you shoot raw
- Fixed focus selfie camera
- No macro mode

Joshua Waller reviews the new Google Pixel 7 to find out how it stacks up when compared to the Pixel 7 Pro, and whether it’s a better choice than the Pixel 6. For a price of £599, does this mid-range smartphone offer enough to tempt you away from the likes of Samsung and Apple?

Google Pixel 7 at a glance:

The Google Pixel 7 is Google’s mid-range smartphone, with a price fixed at £599 / $599 it really is the definition of mid-range. But rather than cram in a third space filler such as a terrible 2MP macro lens, Google has included an excellent main camera (50MP), and a decent 12MP ultra-wide camera. 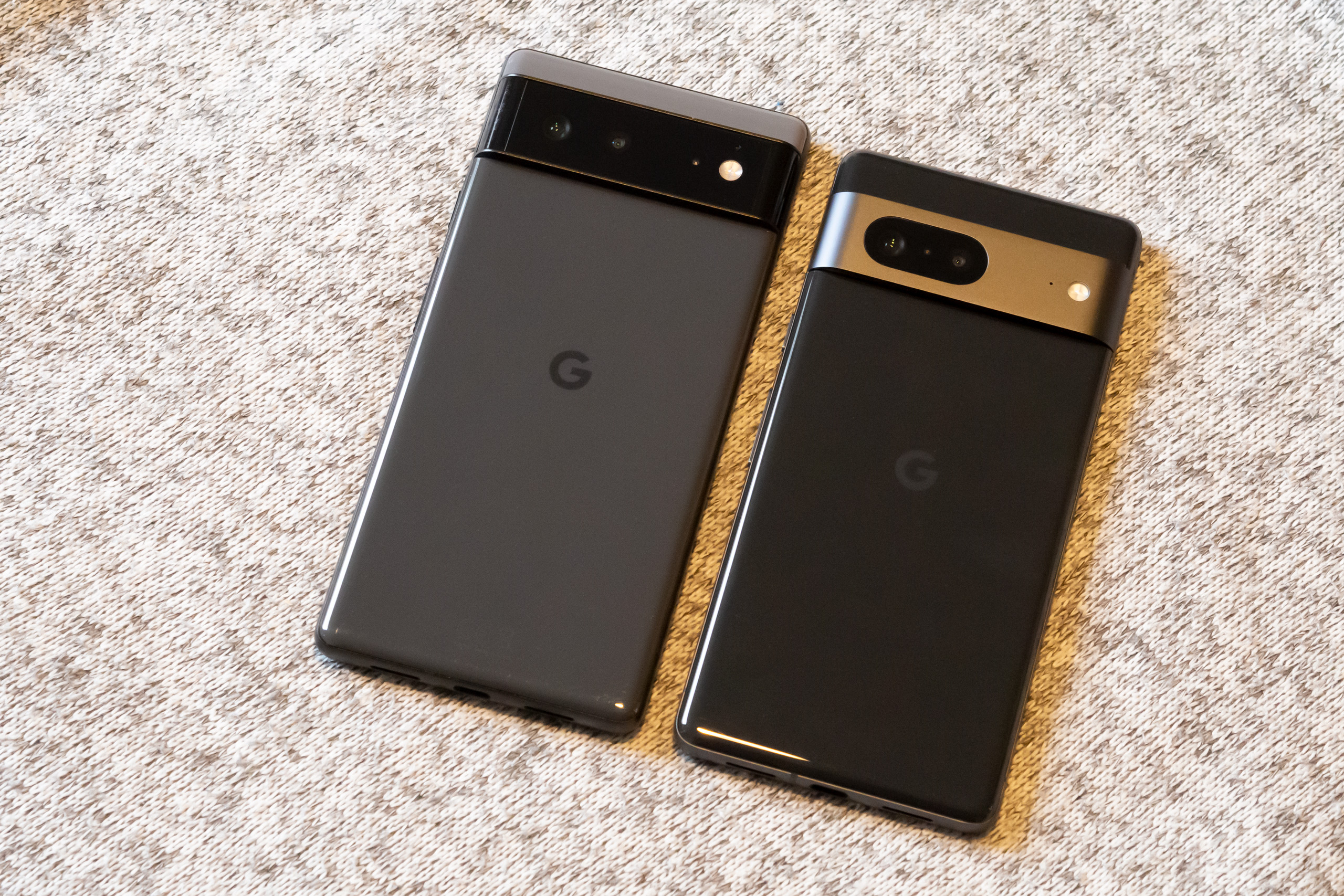 The Pixel 7 includes the controversial (or marmite like) camera bar, as well as a number of rather impressive computational photography features, that left us impressed last year in the Pixel 6. 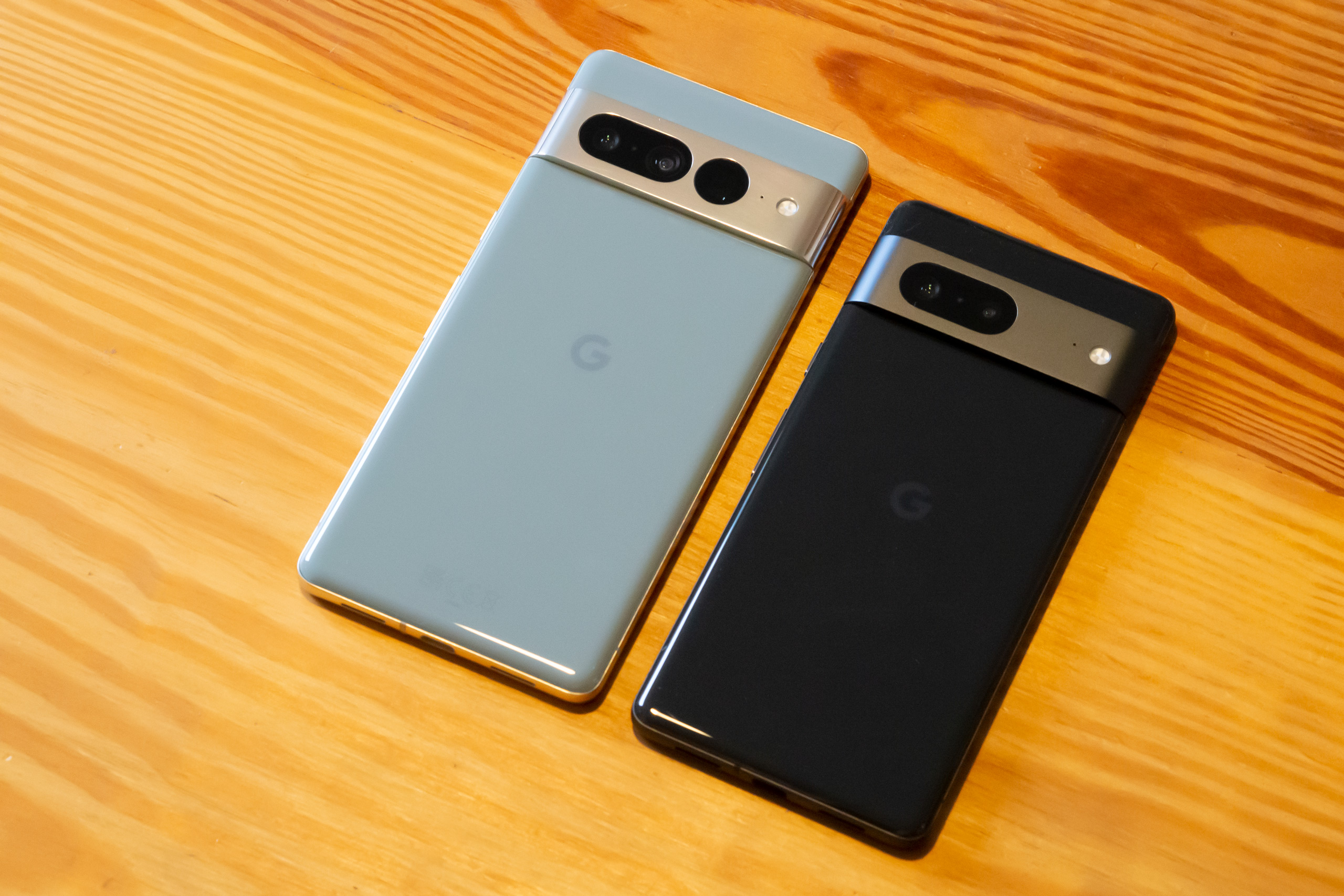 Unfortunately, the Pixel 7 doesn’t benefit from some of the other improvements that have been made to the 7 Pro, such as the new macro mode (thanks to the ultra-wide camera on the 7 Pro featuring AF), and the 7 has to make do with a fixed-focus ultra-wide-angle camera instead.

There’s also the lack of a telephoto lens unit, instead the 7 can use “Super Res Zoom” up to 8x, although the default option of 2x is normally the best to use. 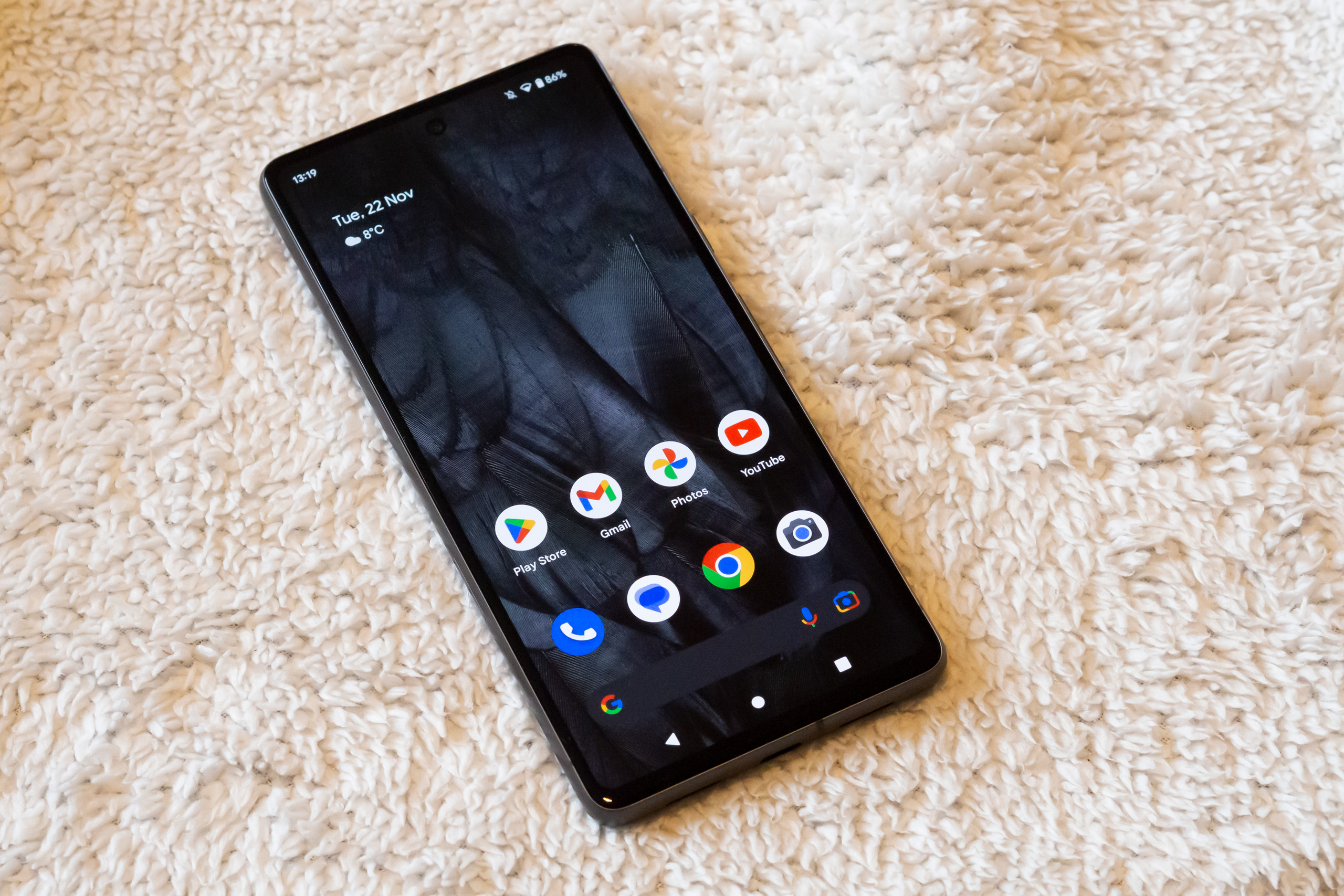 The Pixel 7 keeps the same RRP that the Pixel 6 was introduced at, being available for £599 (8GB/128GB), which puts in firmly in the mid-range price level.

The Pixel 7 Pro is priced at £849 (RRP, for the 128GB storage option) which is noticeably less than other premium / flagship smartphones which often hit the £1000+ price point. For that reason, the Pixel 7 Pro also offers great value for money, considering what is on offer. 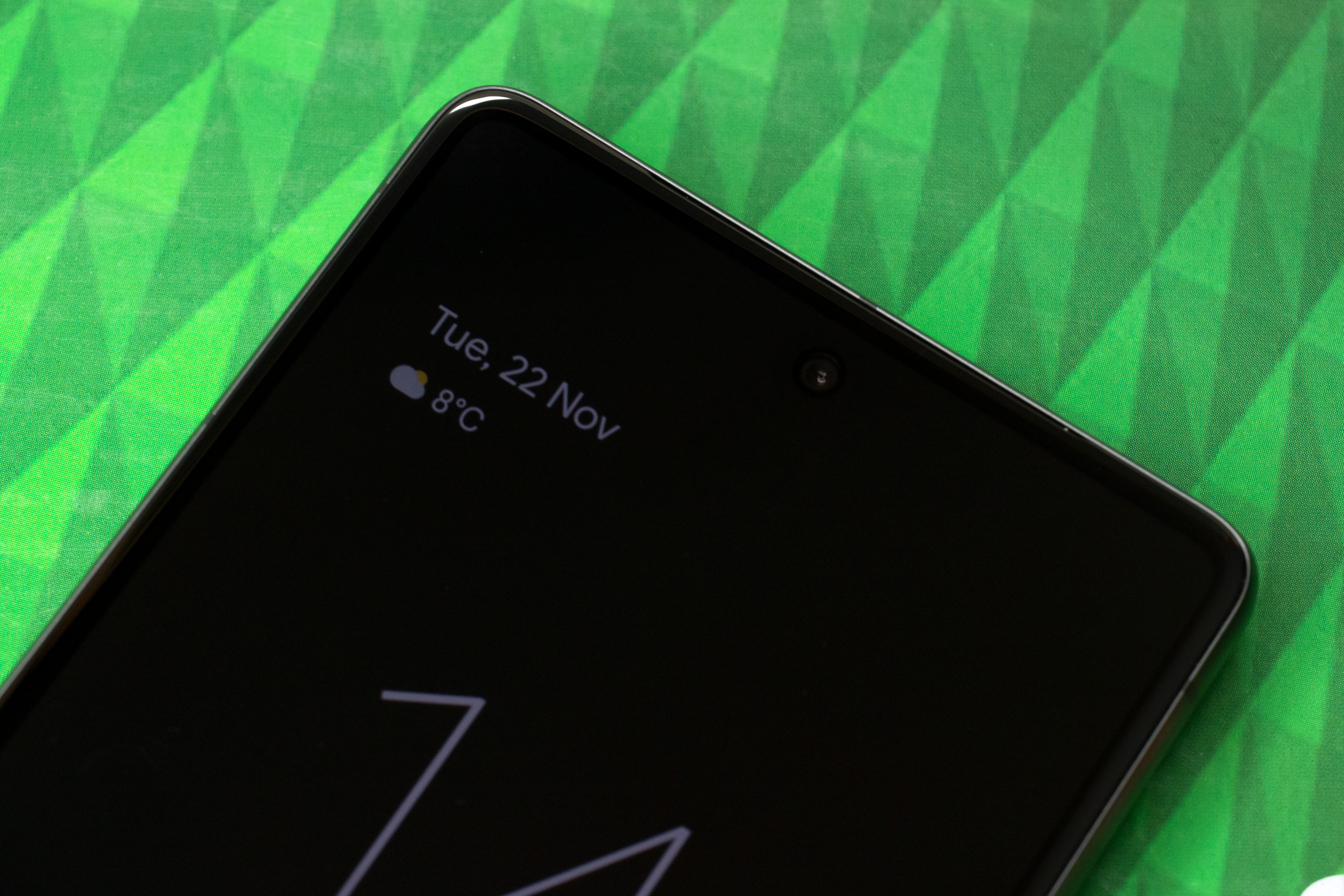 The Google Pixel 7 has an always on display, as well as an improved selfie camera.

The selfie camera is a 10.8MP f/2.2 wide-angle (21mm equivalent) camera, which is fixed focus, and therefore doesn’t match the auto-focus selfie cameras on some other premium smartphones.

Let’s find out if the Pixel 7 is worth the money, or if there’s something missing from the Pixel 7 compared to the 7 Pro…

The Pixel 7 features a non-curved 6.3inch OLED screen, with a 1080×2400 pixel resolution, and a dynamic refresh rate up to 90Hz. Colours look great on the screen, and there’s also a good level of brightness on offer, which can help with visibility out in bright sunny weather. 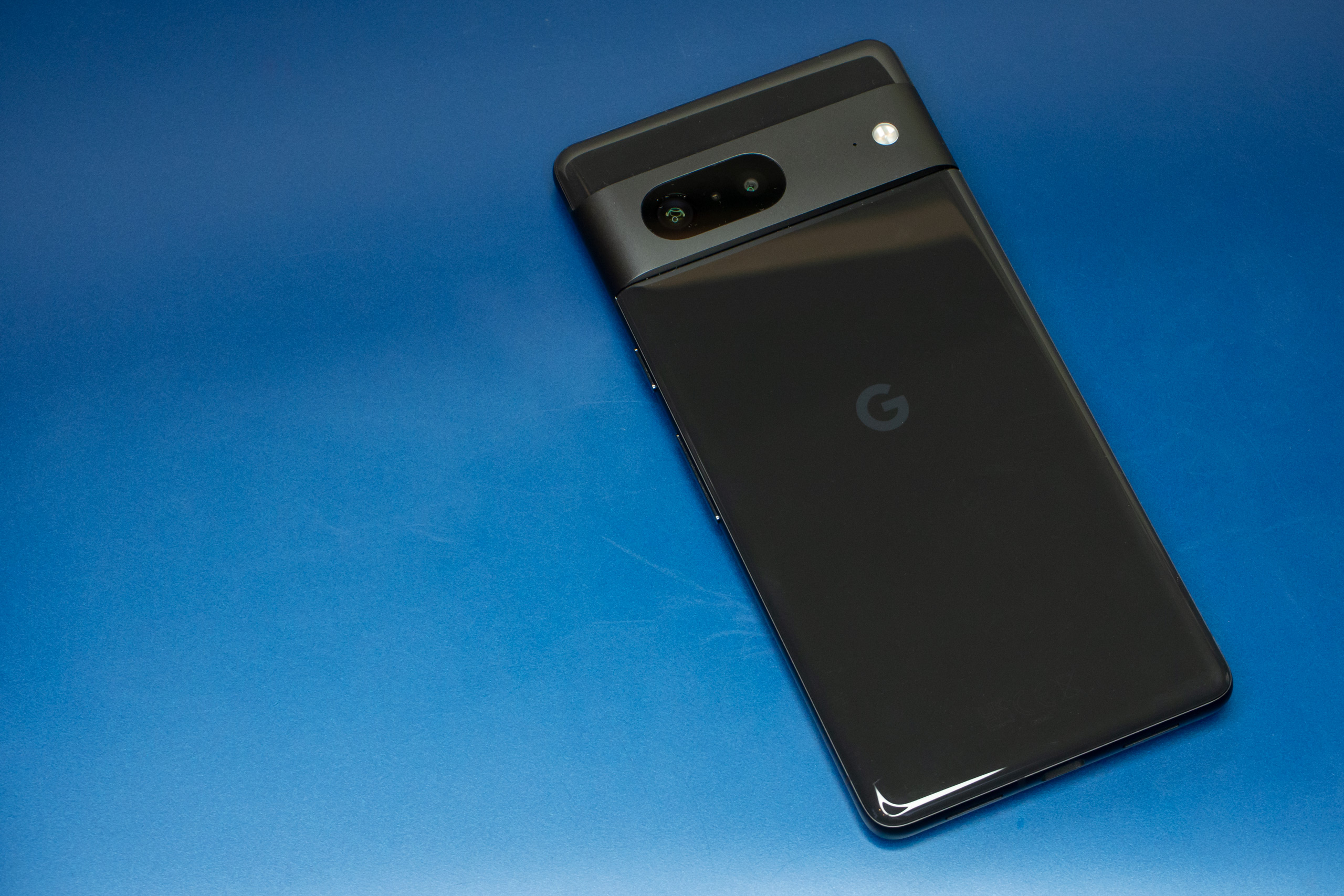 Gorilla Glass Victus can be found at the front and back, and this is Gorilla Glass’ toughest protection currently available. An IP68 rating gives you a waterproof rating down to 1.5m for 30mins, although there is an exposed USB port, so this isn’t really recommended for regular use, without added protection. 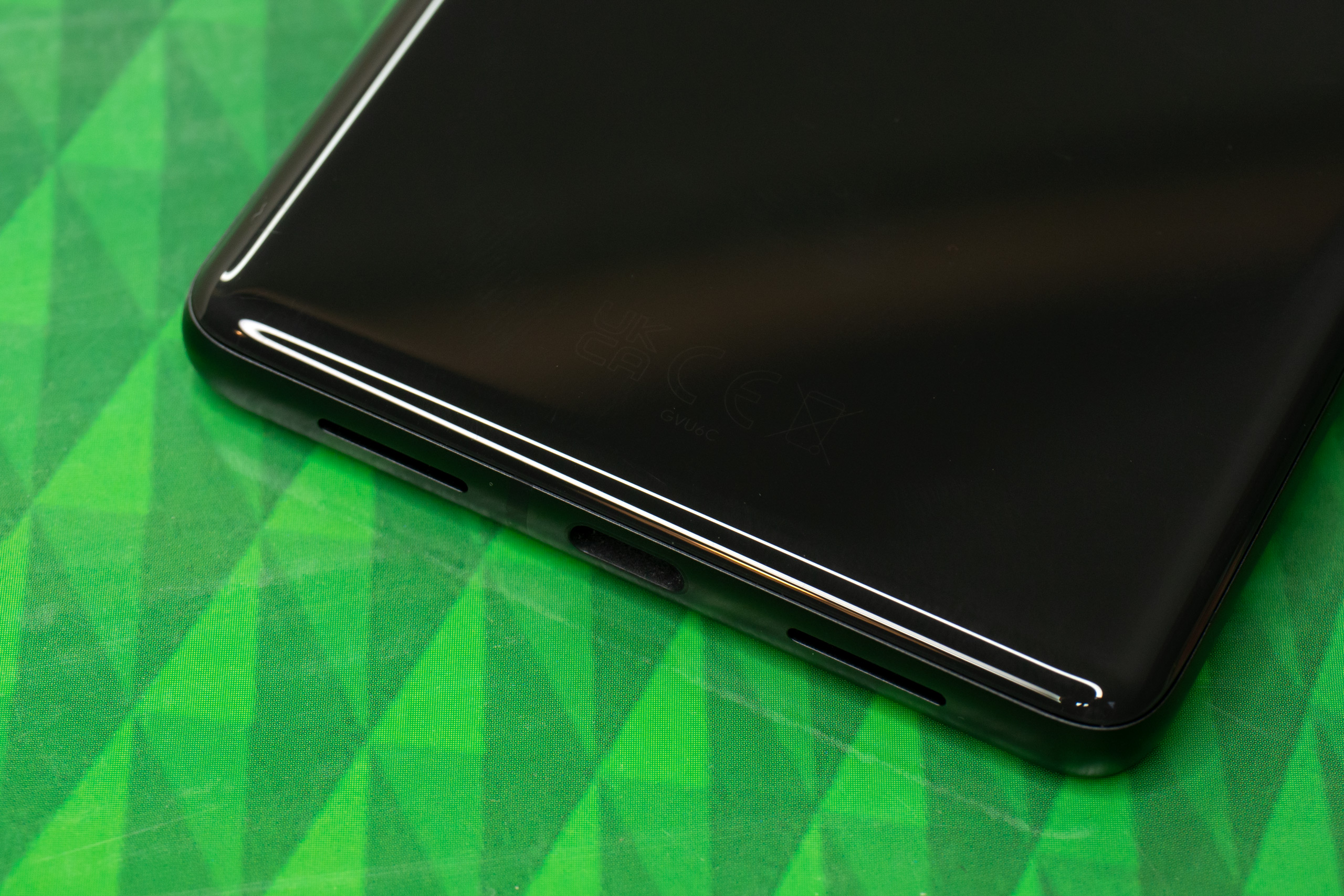 The screen and rear of the Google Pixel 7 is protected by Gorilla Glass Victus, photo: Joshua Waller / AP

Stereo speakers are included, as well as multiple microphones to ensure high audio quality both for playback and calls.

The Pixel 7 feels quite svelte in the hand, particularly if you’re used to larger phones. The phone feels extremely well built, and how good the phone looks depends on what colour options you go for, with the Obsidian black looking good. I don’t think it looks as premium as the 7 Pro, but it’s not far off. 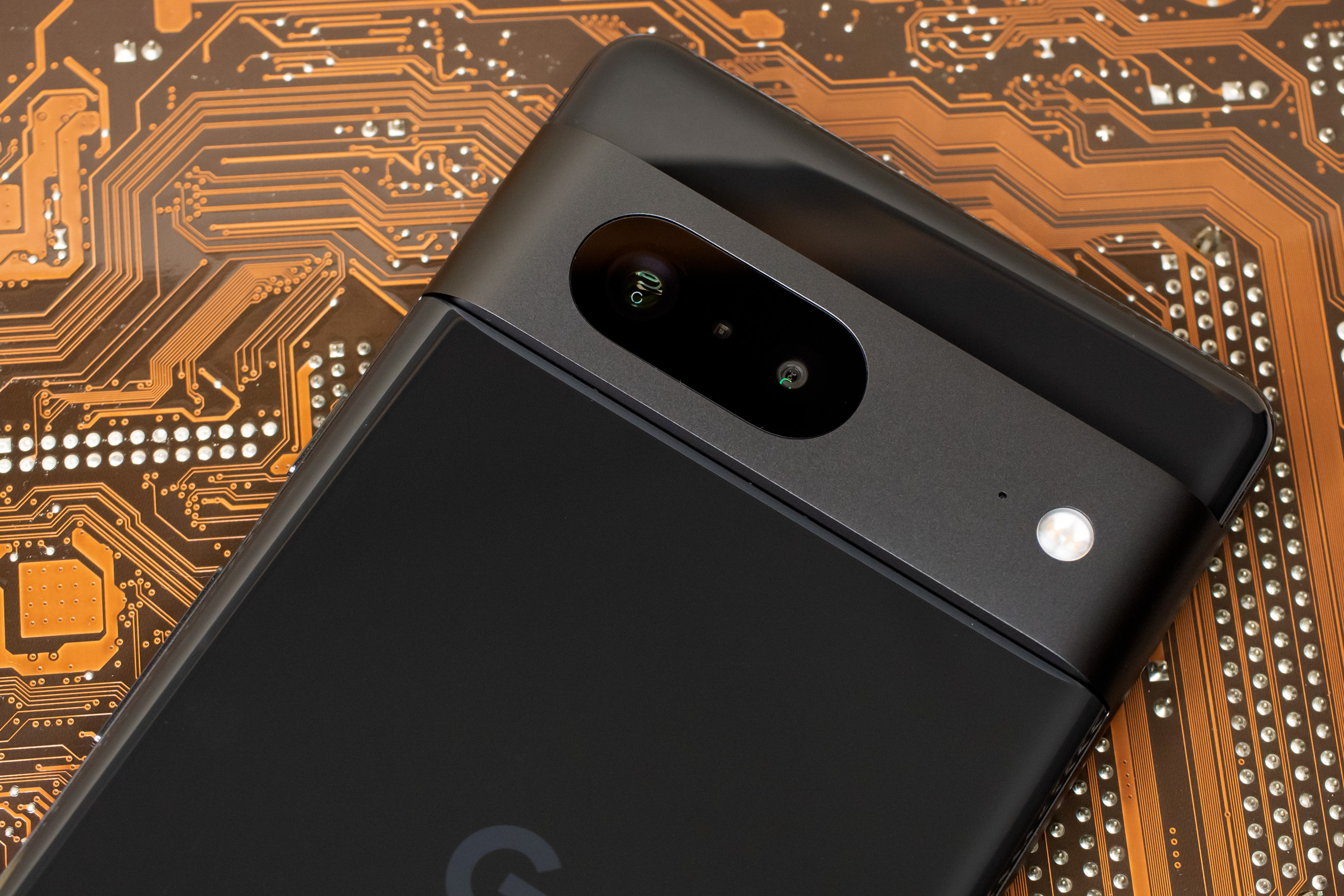 If you do go for the “Snow” or Lemongrass colours, then you get a shiny silvery camera bar, which I think looks a little bit better than the dark grey of the “Obsidian” model, but your own personal preferences may differ.

As with almost every other smartphone out there, I’d definitely recommend the use of a case, as this will help reduce the slippery nature of the phone.

A 4355mAh battery is built-in, and offers fast wireless charging, as well as support for 30W fast charging. I had no worries about battery life when using the smartphone, and in general the phone feels extremely rapid, snappy, and responsive. 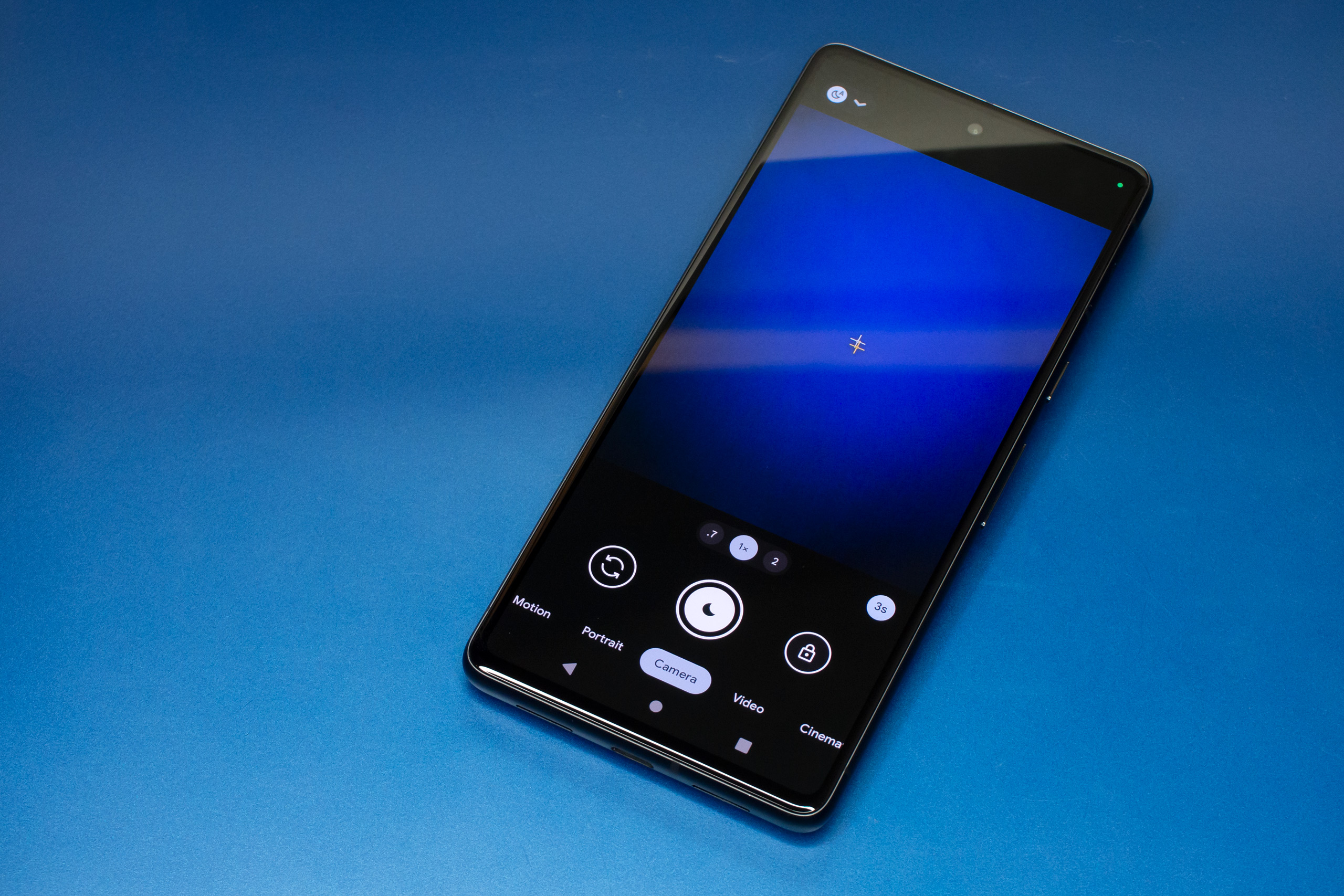 Using the camera app you get a row of camera modes along the bottom, with a shutter button above this. There’s a row of lens options, which include .7, 1x, and 2, which are short for the main cameras including 0.7x (for the ultra-wide), 1x (for the main wide angle camera), and 2x using the Super Resolution Zoom.

The different shooting modes available include:

With more you can find ‘Panorama’, ‘Photo Sphere’ and Lens.

Beyond these you get additional photo features and options in playback, when editing photos, under Tools, including the Magic eraser, Unblur, and Portrait blur. The camera also features Face Unblur and Real Tone.

Night Sight – the night mode has been improved and is said to be three times faster than the previous Pixel. This can be used handheld, but when you use the camera on a solid surface or tripod, it will enable the astrophotography mode which can take much longer shots, as well as generate a timelapse video for you. 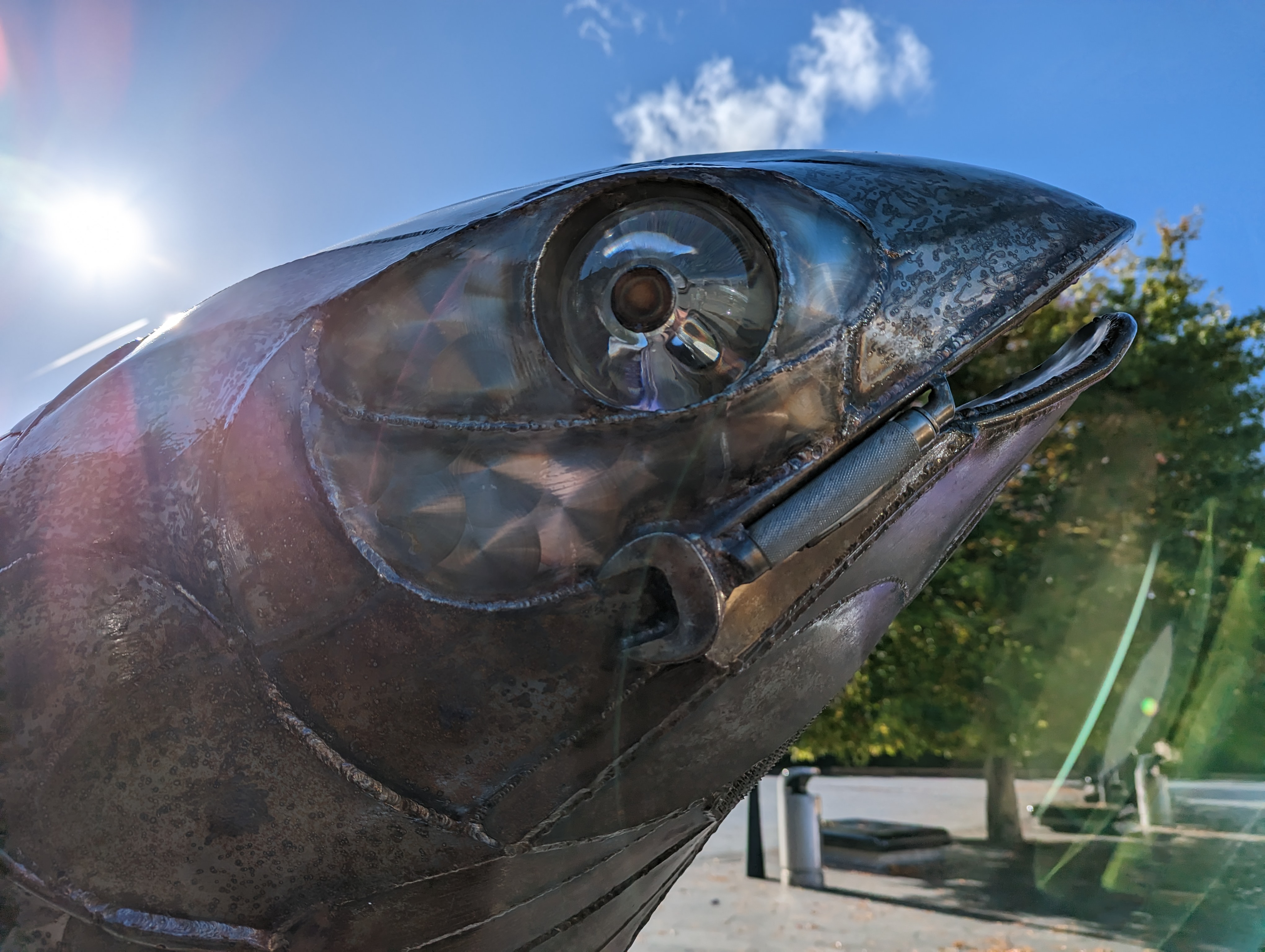 The Motion mode can be used to long exposure photography, such as a blurred waterfall or river, as well as light trails. How effective this is can depend on the subject, and there is limited control over settings, but when it works it can be very impressive, especially as there is no need for a tripod or other stabilisation that you would traditionally need with cameras.

The portrait mode gives you editing options that let you adjust the background blur (or bokeh), as well as add “Portrait Light” for more flattering lighting. Using the rear camera, you can shoot at 1x or 2x zoom, and when using the selfie camera, you have the option of a 0.7x wide-angle view, or 1x.

Cinematic video is new with the Pixel 7 Pro and 7 and offers a “cinematic blur” to your videos, promising to keep your subject in focus, and the background blurred “for dramatic effect”. This appears to be in response to the feature that was introduced with the iPhone 13 Pro last year but can only be recorded at a resolution of FullHD, and results are generally less than impressive. 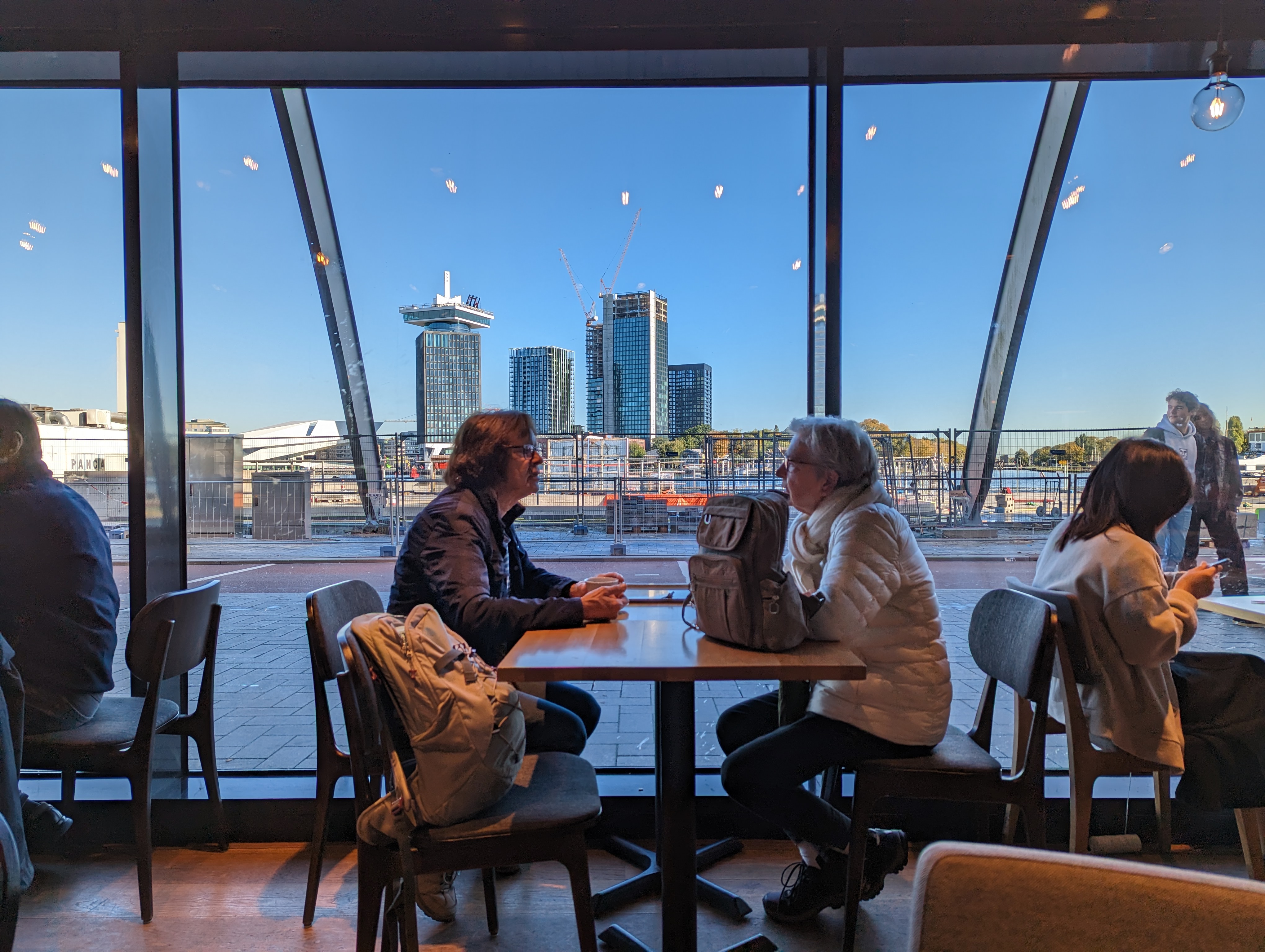 Raw shooting is available, with the camera giving DNG images. If you want take images without strong HDR, then the raw files give you this option.

The camera interface gives an easy-to-use system, with the majority of settings automatically controlled. If the camera detects low-light, it will automatically switch to Night sight. For those that want to take control, there are some settings you can change (such as white balance and brightness), as well as the previously mentioned raw option, but there are no manual controls available. 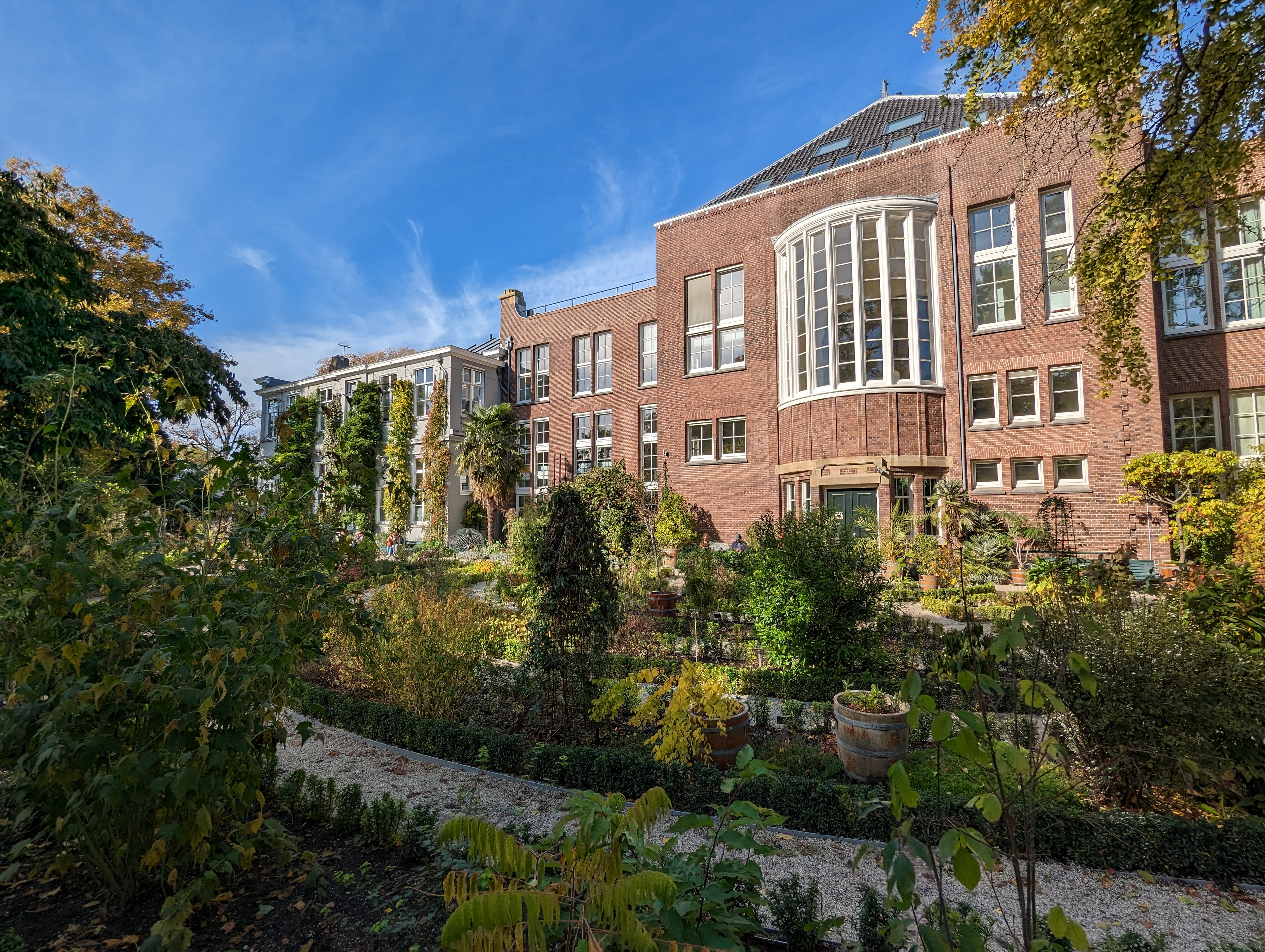 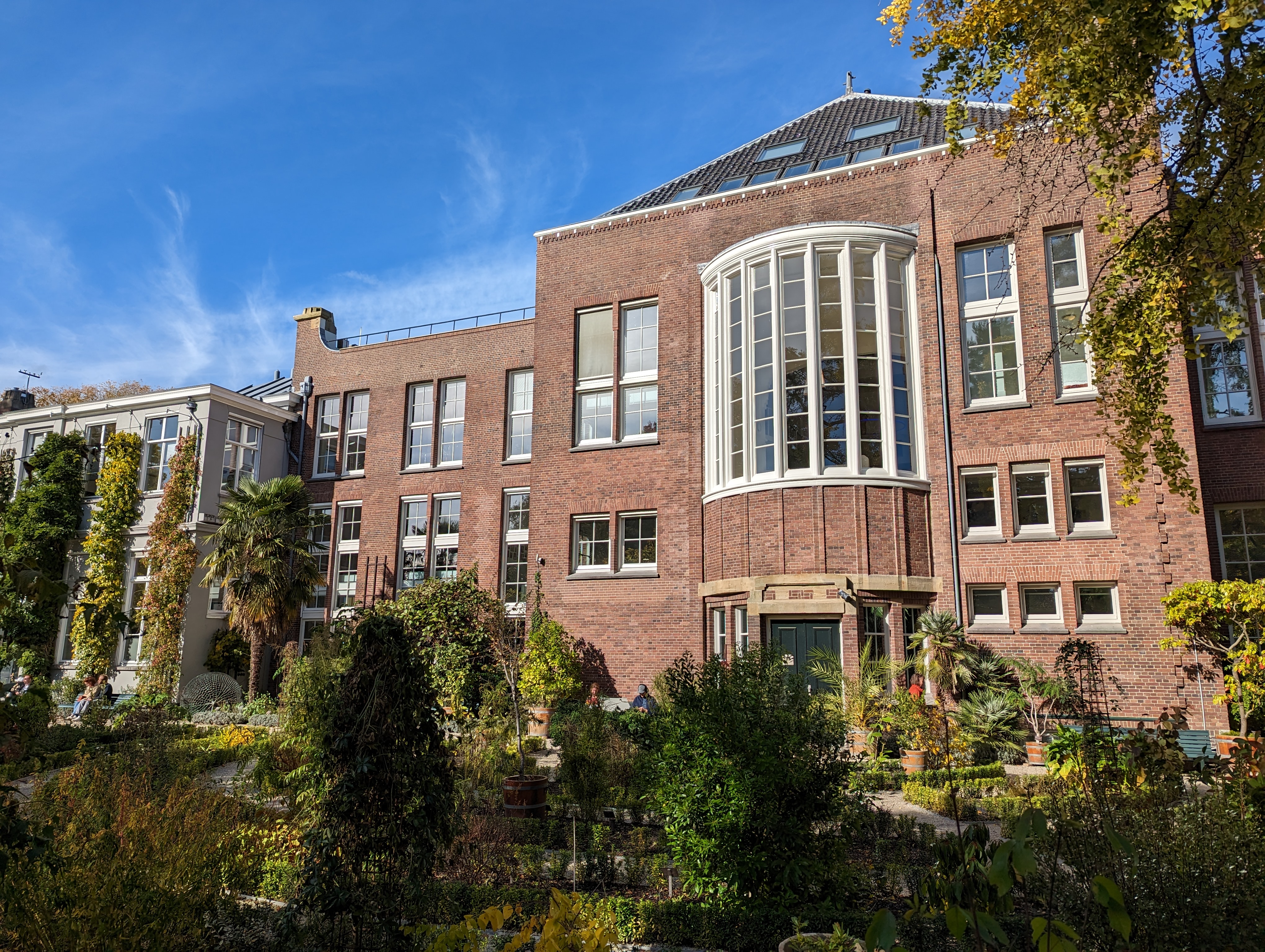 The wide-angle or standard camera uses an f/1.85 aperture, with PDAF (phase-detection AF), as well as Laser AF, and combined with Optical Image Stabilisation (OIS) can be used for low-light shooting. Image quality from this camera is very good, with detailed and sharp images, and excellent colour reproduction. 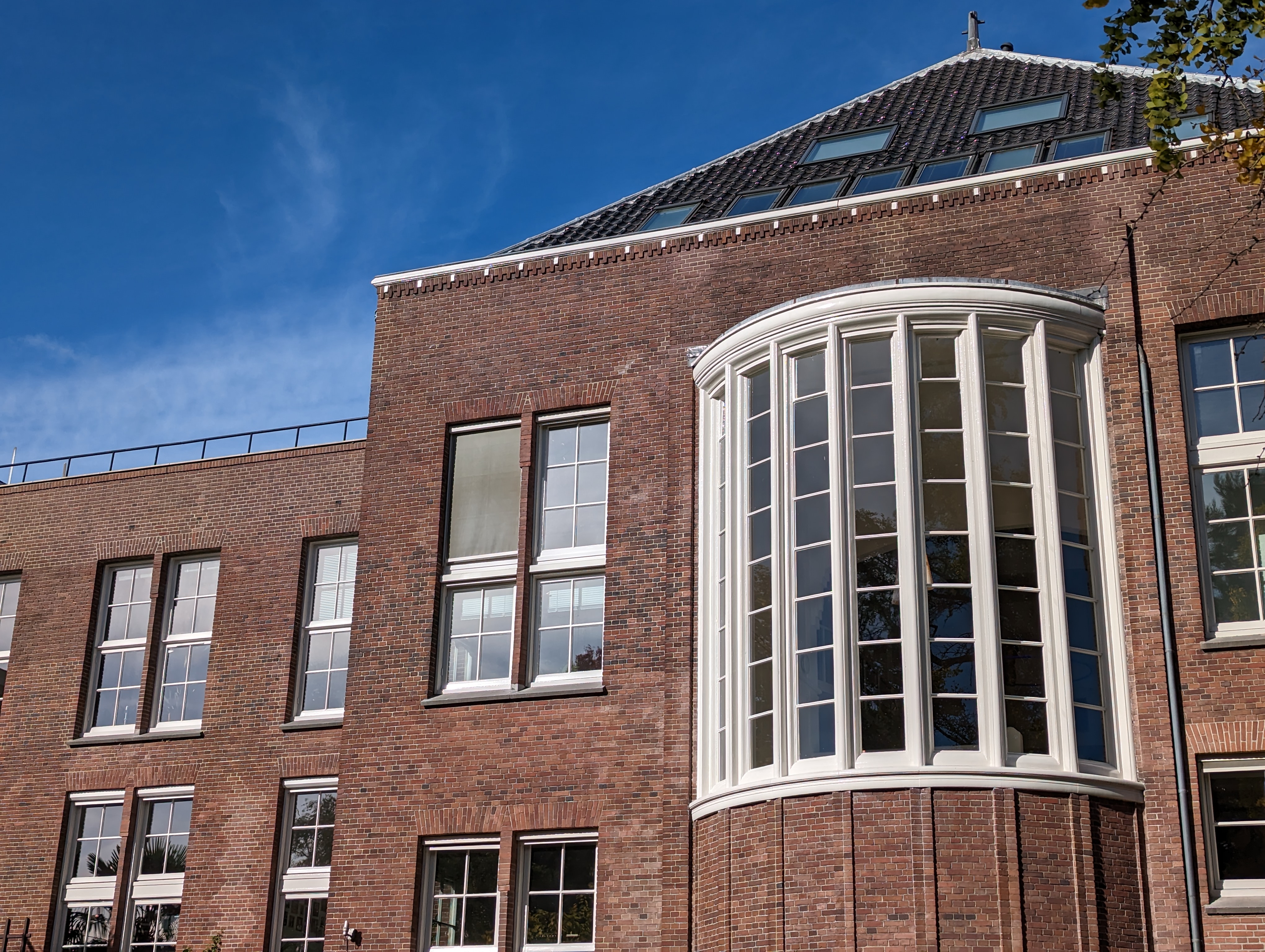 Use the telephoto option, and you can select 2x zoom, and this uses the main camera, with a crop, and Google’s “Super Res zoom” technology that takes a number of shots to improve the detail captured. You can also zoom to 8x zoom, and this uses the Super Res Zoom technology to take a number of shots, combining them to produce an image with (in theory) additional detail, and reduced noise.

Whilst the images we took definitely didn’t have the jagged edges that you’d normally see with digital zoom, we didn’t see much additional detail, so it’s likely this is best avoided, however, up to 2x gives reasonable results. 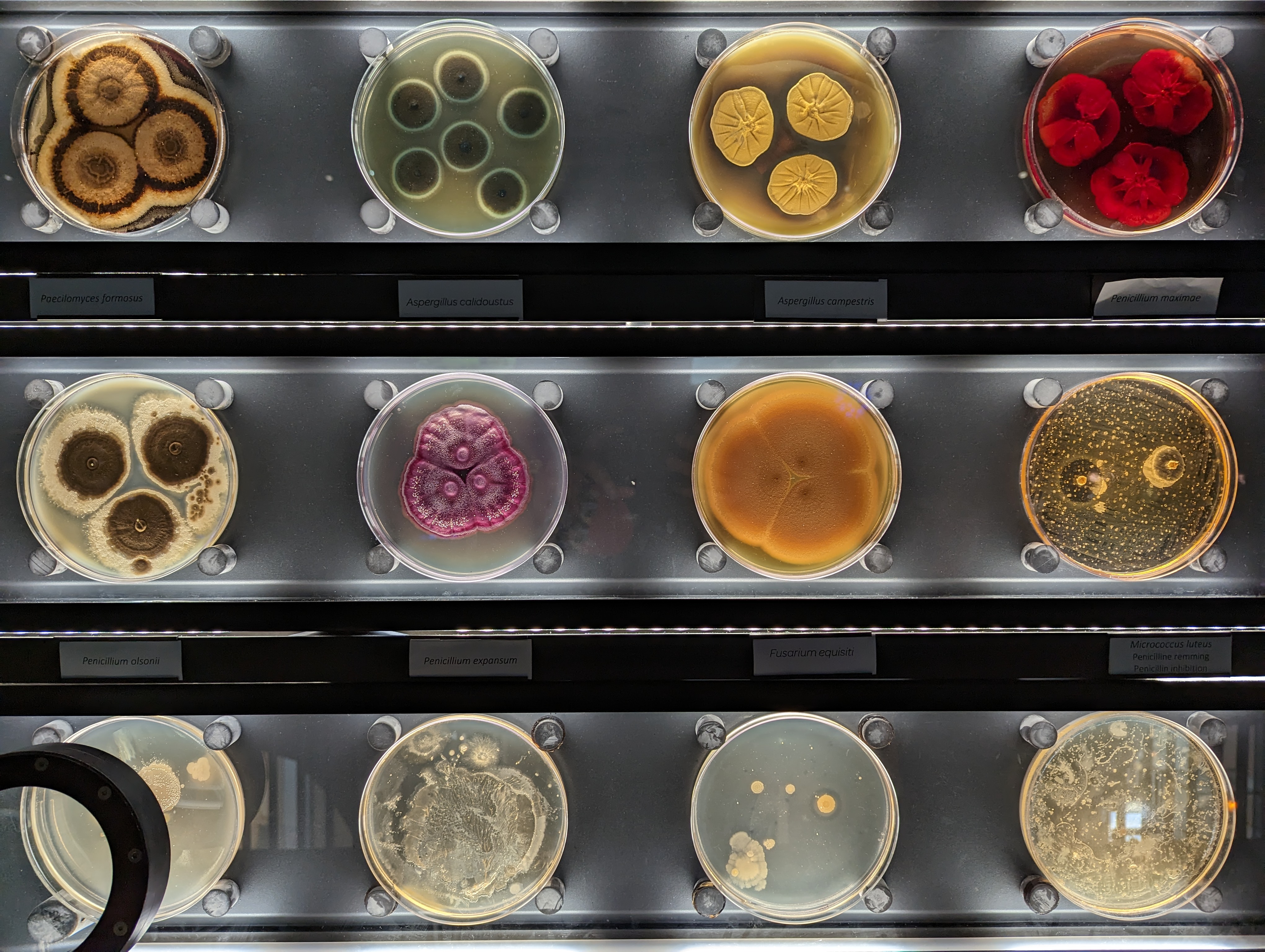 The Pixel 7 does not benefit from the 7 Pro’s macro mode, so this is one area where you will find it difficult to take really close up photos. 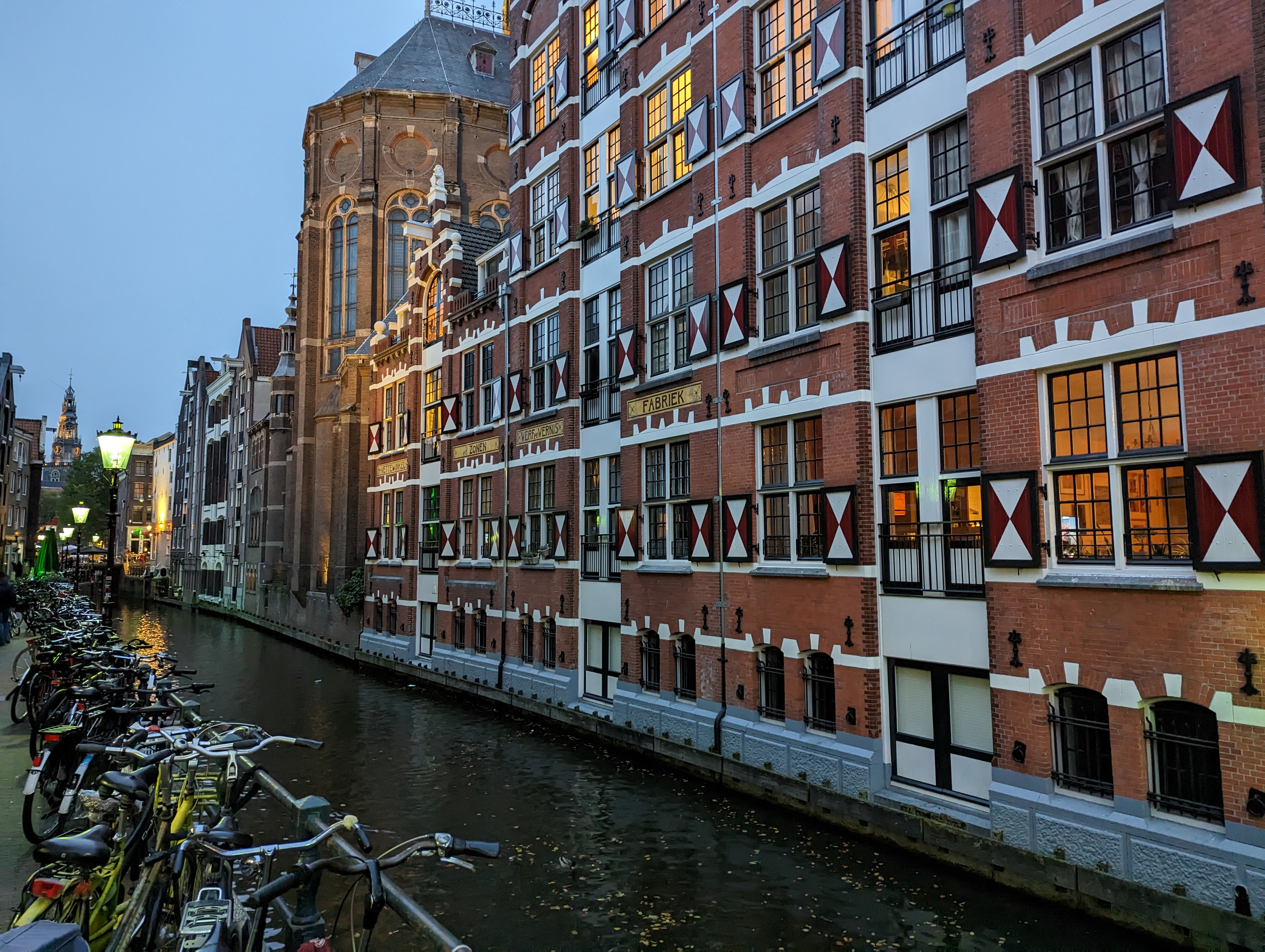 Night sight mode, this has made this scene look like it was taken during the day, whereas it was actually very dark, 1/49s, f/1.8, ISO903, 7mm/24mm equivalent. Photo (C) Joshua Waller

Low-light performance – When shooting low-light images using Night sight, it’s impressive how quickly the camera takes the photo – in comparison to the Pixel 6/Pro shots are much quicker to take, and this helps reduce blur and movement.

The selfie camera is improved over the Pixel 6, giving a nice-looking image, even in less-than-ideal light. You can adjust the level of background blur and the processing does a good job of dealing with hair the majority of the time.

Standard video modes from the front and rear cameras can be recorded at up to 4K 60fps, with up to 1080p 240fps slow-motion available from the rear. There are options for 10-bit HDR video recording, as well as voice enhancement.

As long as you don’t mind there being no telephoto camera, and no macro mode then the Pixel 7 is exceptional value for money, at £599. It’s also worth noting that the Pixel 6 Pro and 6 were both discounted quite noticeably as time went on, so if you’re happy to wait then you should be able to get the Pixel 7 / 7 Pro for even less. 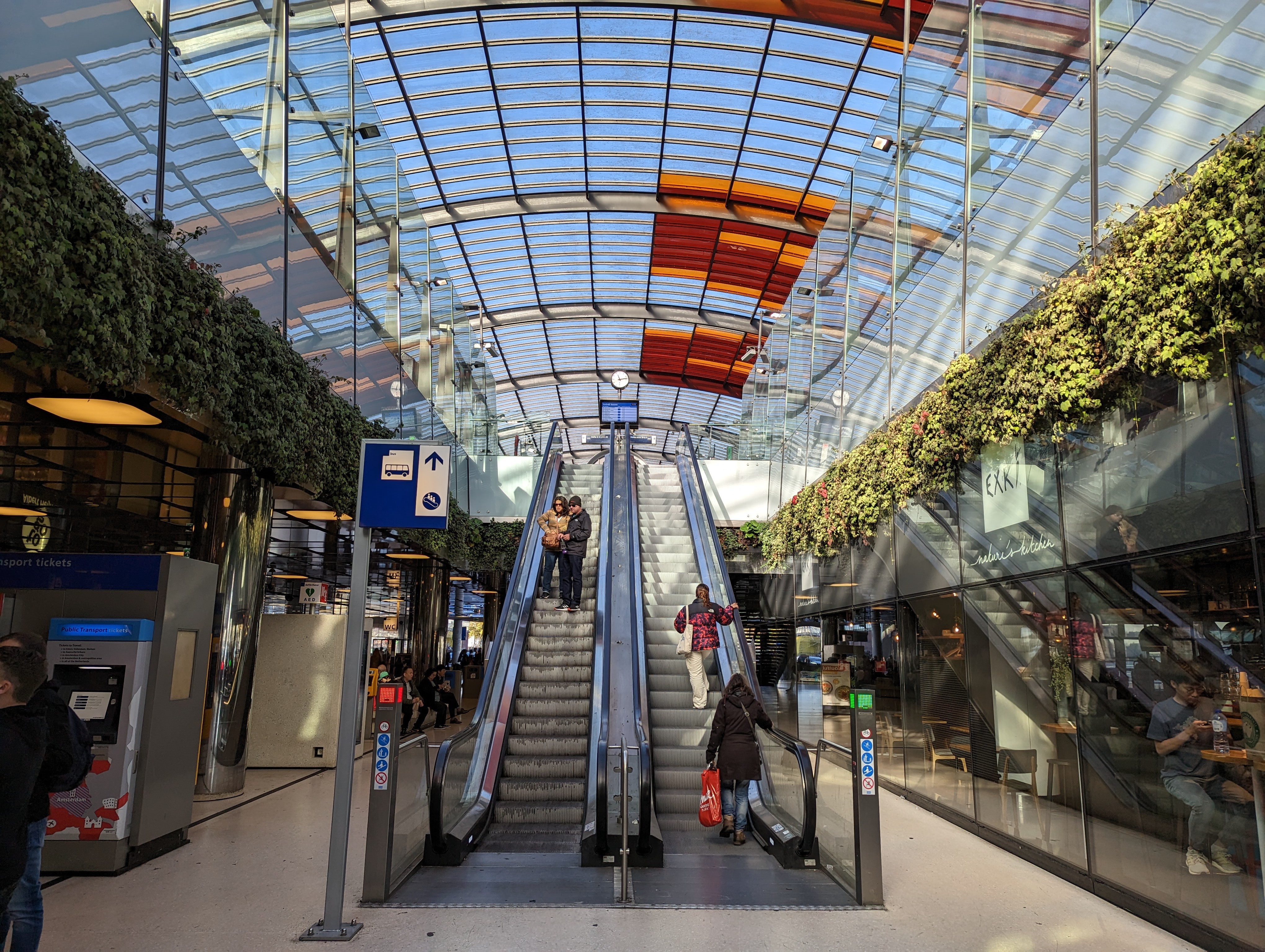 In the mid-range smartphone market, there are often compromises made, with other triple camera systems offering a great main camera, alongside low-resolution ultra-wide, or telephoto cameras, sometimes with an entirely pointless 2MP macro camera. So it’s nice to see the Pixel 7 offering 2 great rear cameras, and a good selfie camera.

*These may be a temporary Black Friday prices.

How does it stack up against the 7 Pro and is it a better choice than the Pixel 6? Last year, the difference between the Pixel 6 and 6 Pro were fairly minimal, however, this year the difference in the camera systems is more noticeable, and this makes the Pixel 7 look slightly lacking in comparison, particularly in regard to the lack of a macro mode. For this and the telephoto camera, if you can stretch to the Pixel 7 Pro, then it would be worthwhile.

However, if you don’t want to stretch that far, then you will still get an excellent camera system from the Pixel 7, and this includes an improved selfie-camera, quicker night mode, as well as general phone improvements, including a quicker fingerprint sensor, support for face-unlock, and a slightly smaller design and body. 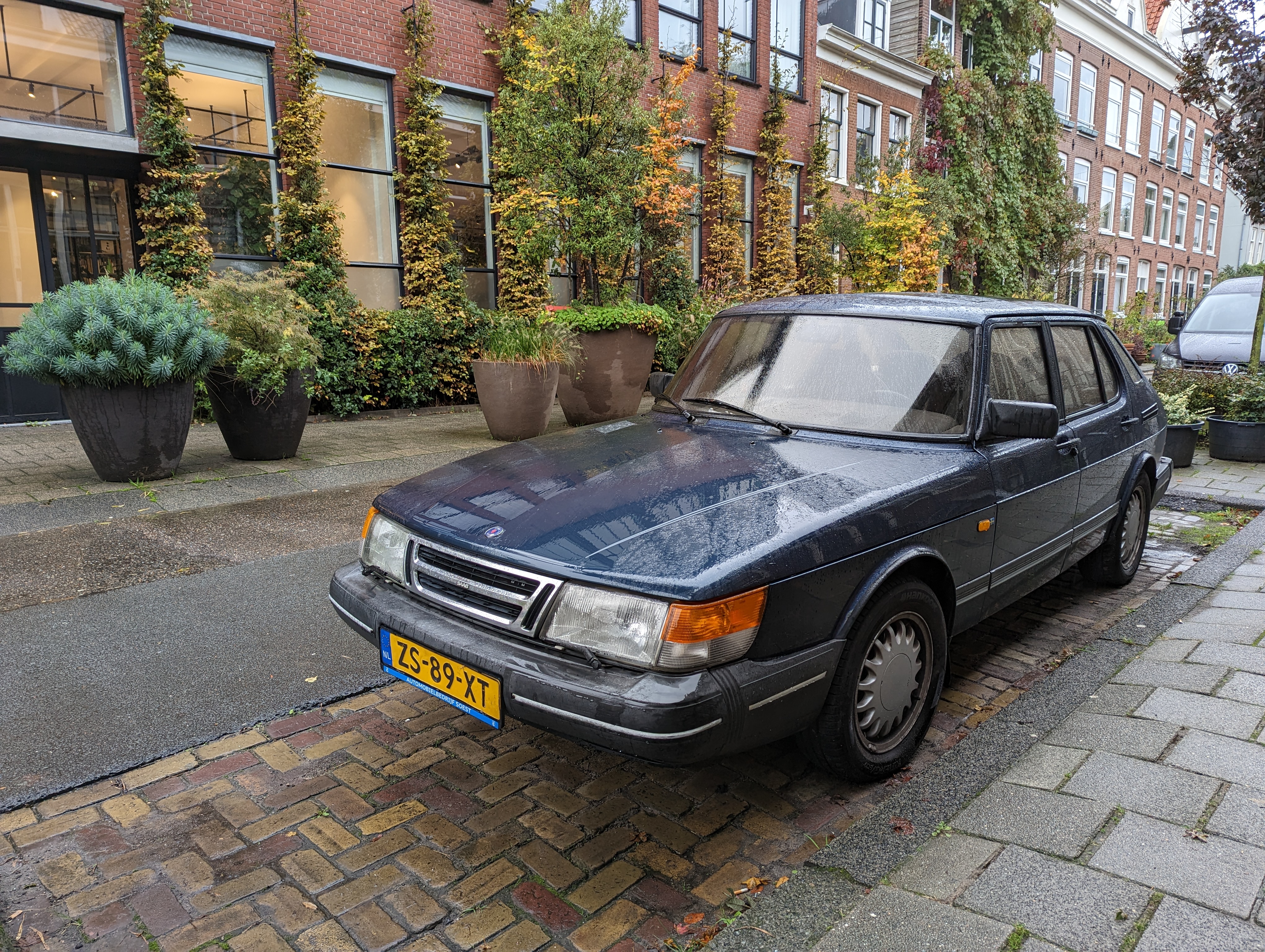 Like the Pixel 7 Pro, the lack of a Pro or Manual mode on the Pixel 7 could be a deal breaker for some, as for some people this can be genuinely useful.

But if you don’t want to spend flagship money on a smartphone and simply want an excellent camera system, then the Pixel 7 offers an excellent combination of features, for a great price. At £599 you get a great main camera, a very good ultra-wide, and a decent selfie camera. Whilst we’d love to see a macro mode, we think the computational photography features help make up for this. 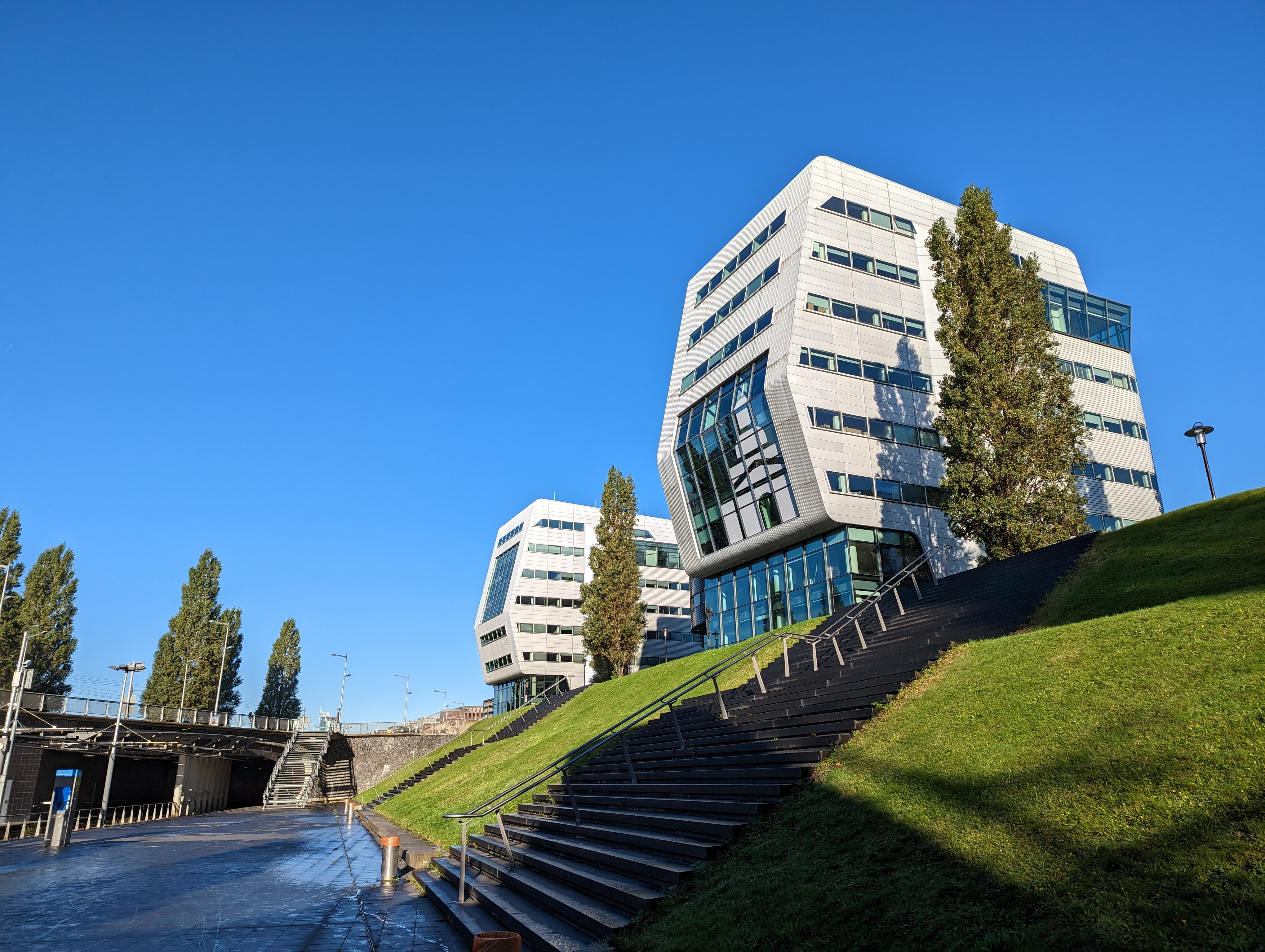 The computational photography on offer is amongst the best, with some really useful photographic features, including motion blur, astrophotography, and for portraits real tone. There is of course the issue of some images looking like they’ve had the HDR settings turned up to the max, and there is no way to avoid this without shooting raw, but if you can get used to this, then you’ll be very pleased with the images this smartphone produces.

For more options have a look at the best smartphones for photography.