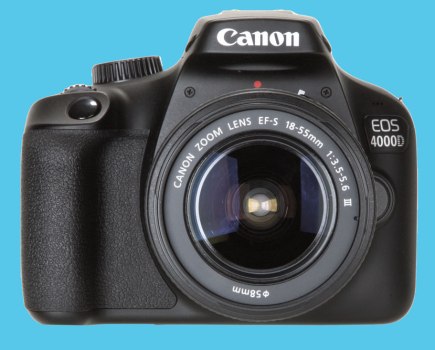 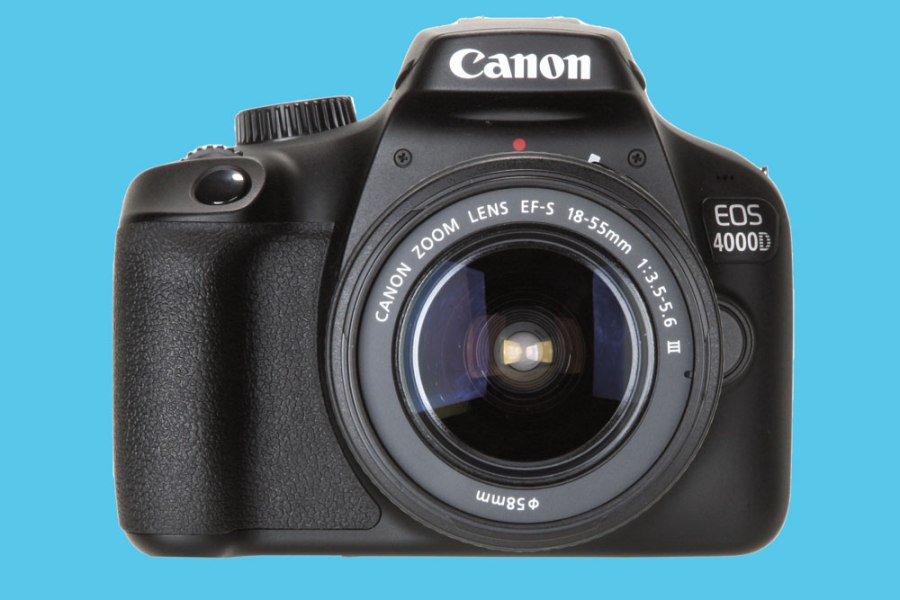 The Canon EOS 4000D from 2018 is the most basic of Canon’s three entry-level DSLRs, also known as the Rebel T100. Audley Jarvis considers whether it’s a good investment for first-time DSLR buyers now that it’s available second hand for less than £200.

Entry-level DSLRs have faced stiff competition from mirrorless cameras in recent years, but Canon, Nikon and Pentax continue to make a range of entry-level DSLRs to tempt first-time buyers. Canon offers the EOS 2000D (£469 with 18-55mm IS II lens) and the EOS 250D (£559 with 18-55mm IS STM lens). Of these the 4000D is the cheapest and most basic, while the 2000D occupies the middle ground and the 250D is the most advanced with 4K video.

Of course, for many aspiring photographers, putting together a budget to invest in equipment can be a struggle. To this end the 4000D was one of Canon’s cheapest DSLRs and is now a very cheap option second-hand.

Albeit the Canon 1300D that came out in 2016 is widely available second-hand for less. So, for those looking to buy their first DSLR on the tightest of budgets, is the 4000D good option, and to what extent does its rock-bottom price when new lead to a compromise in features, build and image quality?

The Canon EOS 4000D is built around the same 18MP APS-C CMOS sensor and Canon DIGIC 4+ image processor used by the two-year-older 1300D. While we can appreciate that Canon’s chief priority with the 4000D is to keep costs to a minimum, the decision to stick with such a relatively low-resolution sensor is a bit disappointing, as is the decision to pair it with the now very dated DIGIC 4+ processor. 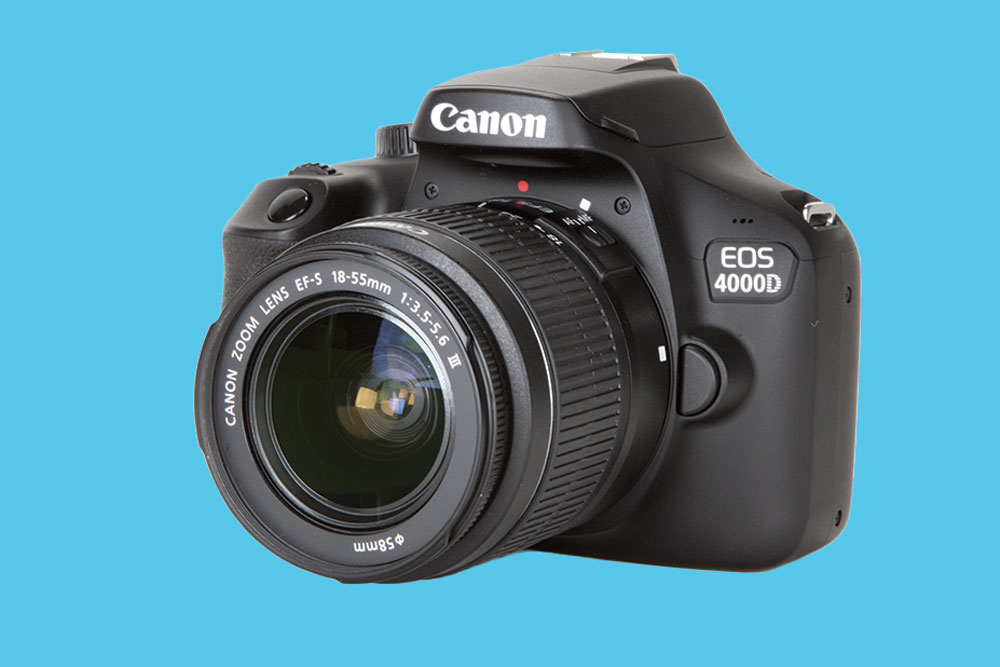 On the back the 4000D is fitted with a fixed 2.7inch, 230k-dot rear LCD display, which represents a significant downgrade on the 1300D’s 3inch, 920k-dot display. Of all the compromises Canon has made with the 4000D, we have to report that this has by far the most detrimental effect on the camera’s overall usability.

While it remains perfectly functional for reviewing captured images or operating the camera in live view mode, display quality really isn’t great when compared side-by-side with the 3in, 920k-dot displays of the 1300D, 2000D and 200D. 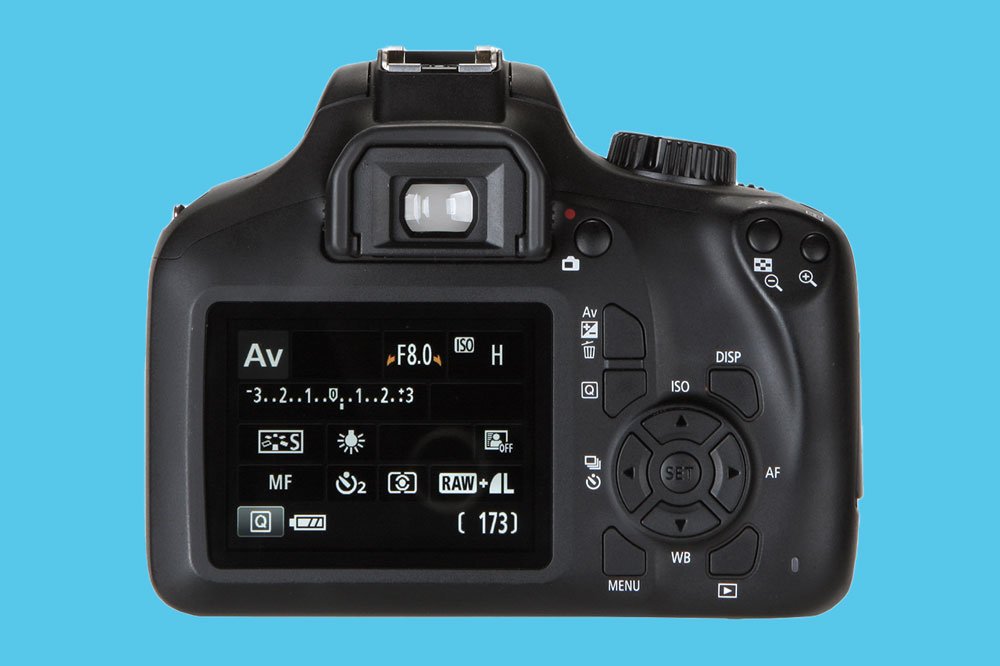 It’s not just the lack of screen resolution that lets it down; colour and contrast are both lacking. There’s no touchscreen functionality either.

Above the display the 4000D is fitted with a pentamirror optical viewfinder that provides 95% coverage at 0.50x equivalent magnification – the same as the 2000D. While this is bright and clear, it is very small compared to those found on more expensive Canon DSLRs. Unlike the 1300D, 2000D and 250D there’s no dioptre adjustment wheel, which could be an issue for users who wear glasses.

As with Canon’s other entry-level DSLRs the Canon EOS 4000D is housed within a shiny polycarbonate shell. While this provides some degree of protection it does leave the 4000D looking and feeling a bit plasticky.

Compared side-by-side with the 2000D and 1300D you can see where Canon has cut corners. The lens mount is plastic, whereas the 2000D/1300D get a more durable metal one. Likewise, the mode dial looks to have been fashioned from a cheaper plastic and doesn’t have the knurled finish of the 2000D/1300D, while the thumb rest on the back lacks the textured finish of the other two models. As we’d expect, there’s no weather proofing either. 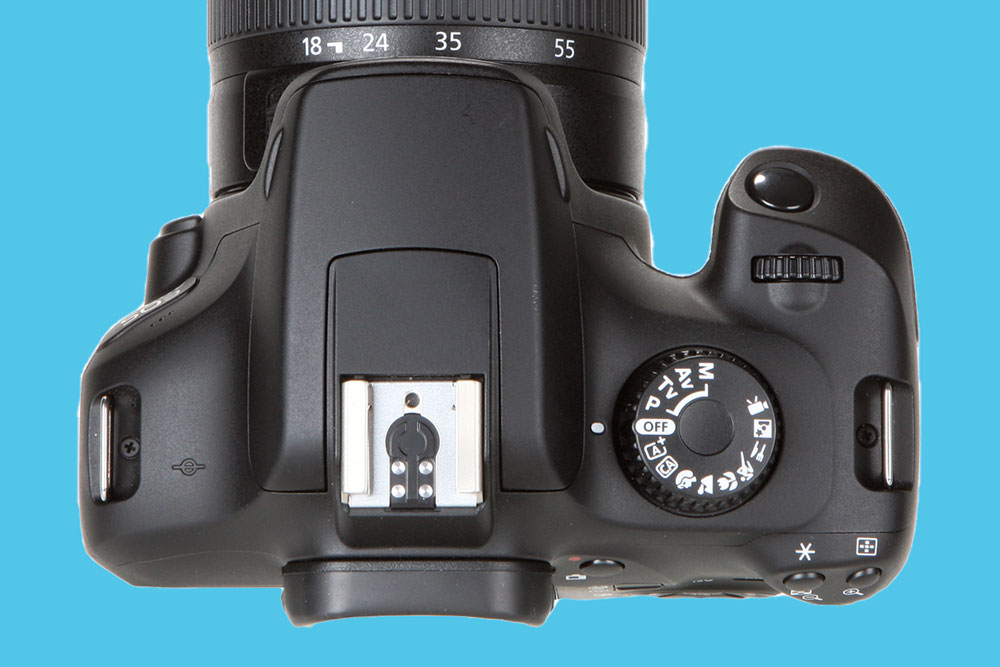 In addition to its lower-resolution sensor, downgraded rear display and cheaper finish, another thing that sets the 4000D apart from the 2000D/1300D models is the removal of some physical buttons on the top plate. Whereas those cameras provide a dedicated on/off switch along with a button to activate the pop-up flash, the 4000D incorporates the ‘off’ switch into the mode dial and removes the flash button altogether; if you want to use the camera’s built-in GN9 flash you’ll need to raise it manually.

Elsewhere, the 4000D sports the same button configuration as the 2000D and 1300D, with the only difference being that there’s a little more space between the buttons. 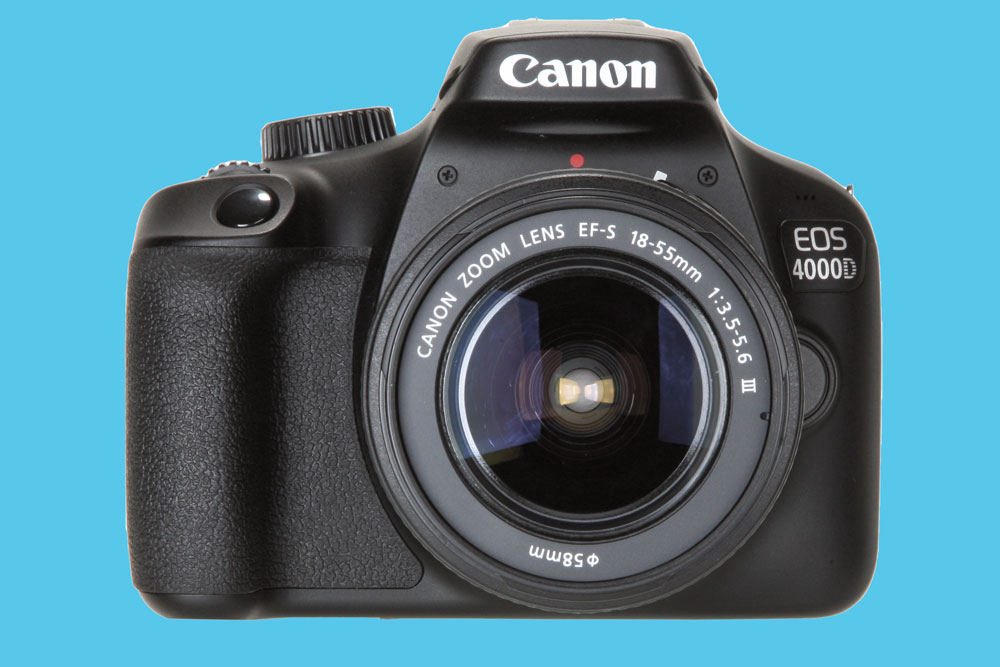 Build quality issues aside, the 4000D does sit quite nicely in the hand thanks to its relatively deep handgrip and sculpted thumb-rest. With the 18-55mm kit zoom attached the camera also feels well balanced and easy to operate.

The in-camera menu system has been stripped right back, so first-time users should be able to scroll through and find what they need without any issues.

Autofocus through the viewfinder is taken care of via the same nine-point phase-detect AF module employed by the 2000D and 200D. This has been lifted straight from the 1300D and while it’s functional enough, it does feel a bit basic next to some of the Hybrid AF systems employed by many mirrorless cameras.

The nine AF points are arranged in diamond formation across a large portion of the viewfinder, and while focus is quick and accurate in good light, performance does take a hit when light levels drop, especially when trying to use one of the eight non cross-type AF points to lock-on to your subject. 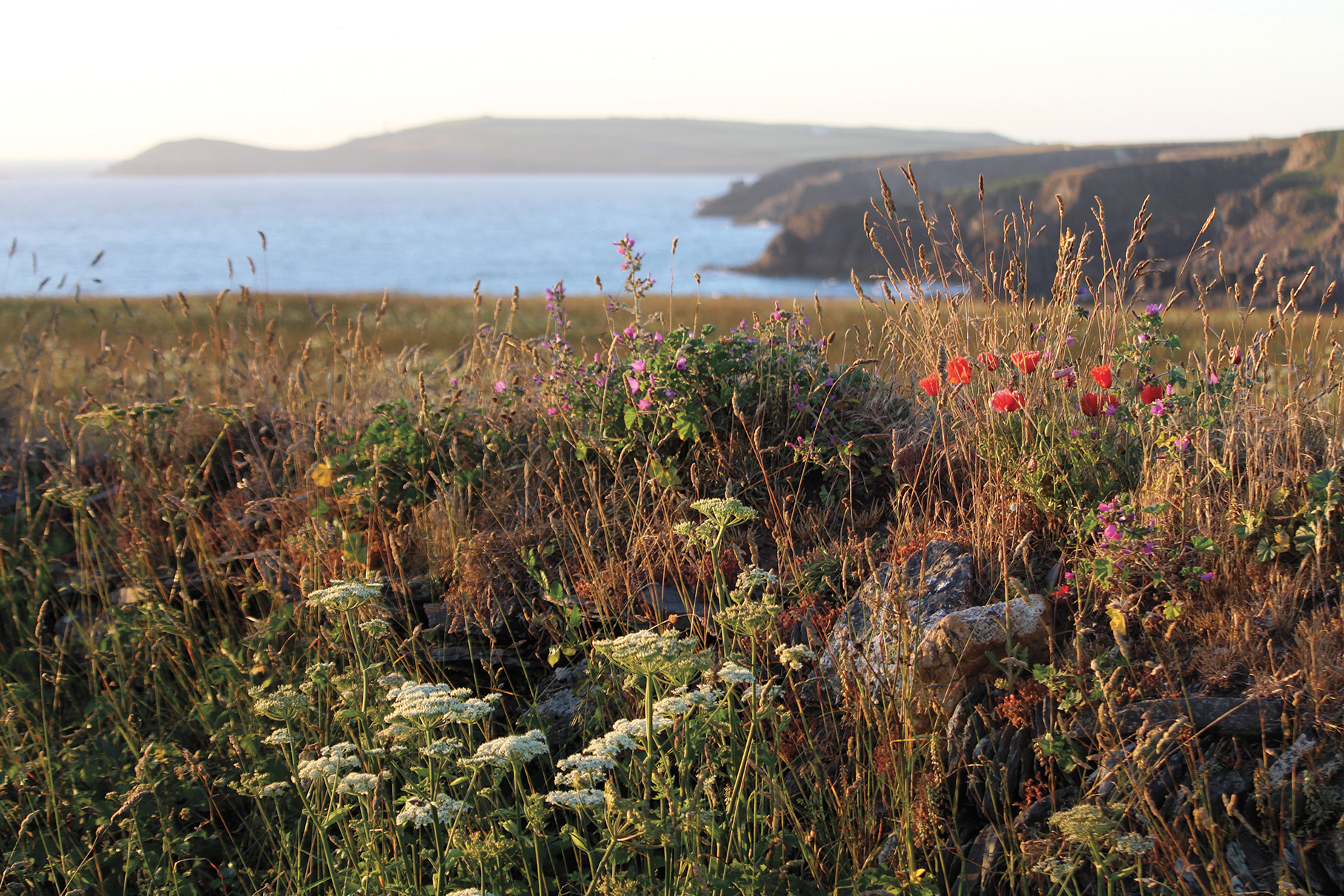 In live view the 4000D’s contrast-detect AF system is painfully slow even when light is plentiful. So slow, in fact, that it actively discourages you from using it. Canon’s clever Dual Pixel technology resolves these issues and significantly improves overall focus performance in live view, however the cheapest Canon DSLR to offer it is the 200D. 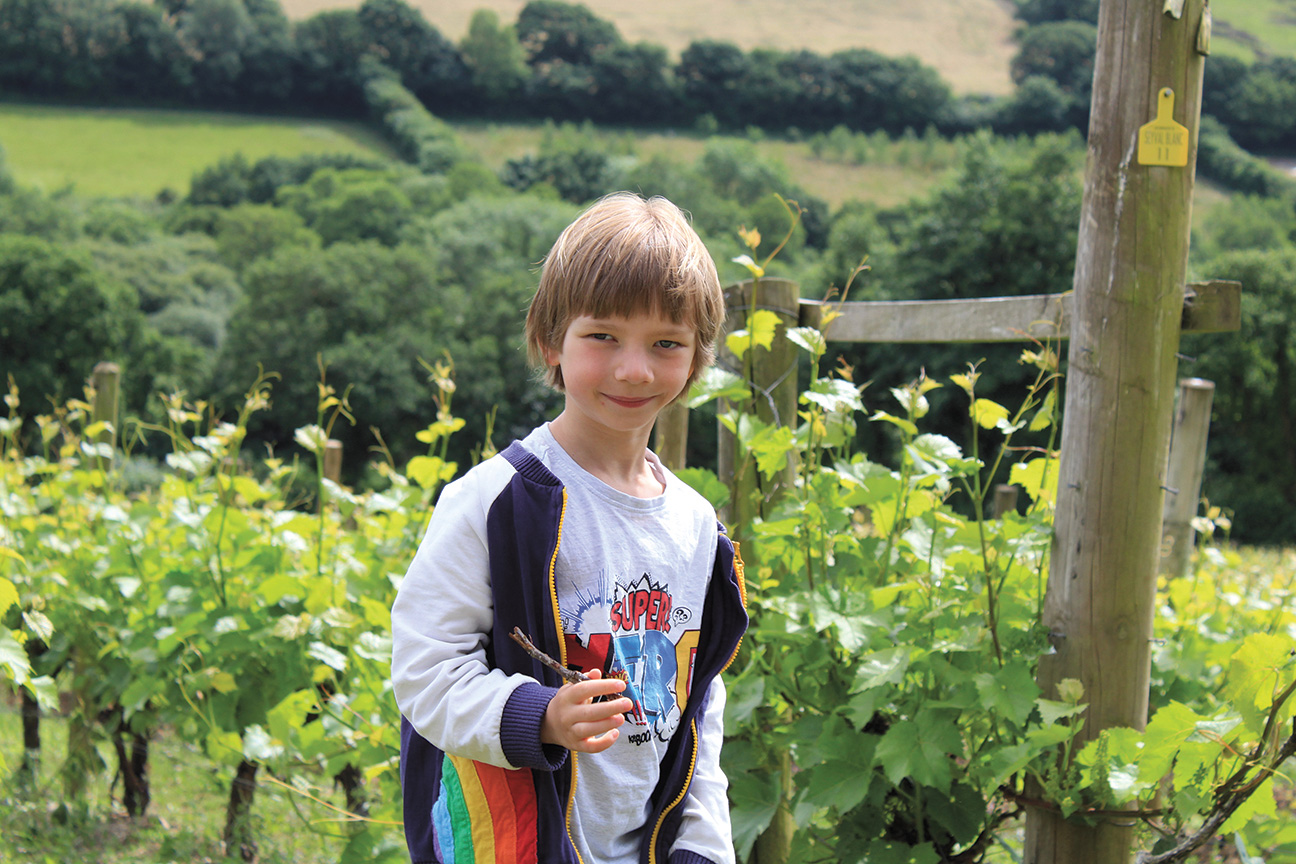 The supplied EF-S 18-55mm f/3.5-5.6 IS III kit zoom is also highly susceptible to fringing on high-contrast borders. That said, first-time DSLR buyers upgrading directly from a mobile phone or small-sensor compact are unlikely to be disappointed by the 4000D and will undoubtedly benefit from a noticeable step-up in image quality.

Indeed, for anyone who’s looking to primarily shoot JPEGs in one of the camera’s many point-and-shoot modes, the 4000D routinely delivers the same punchy image quality associated with more-expensive Canon DSLRs higher up the line. Colour is certainly hard to fault, and can of course be tweaked as you like via Canon’s various Picture Style settings. 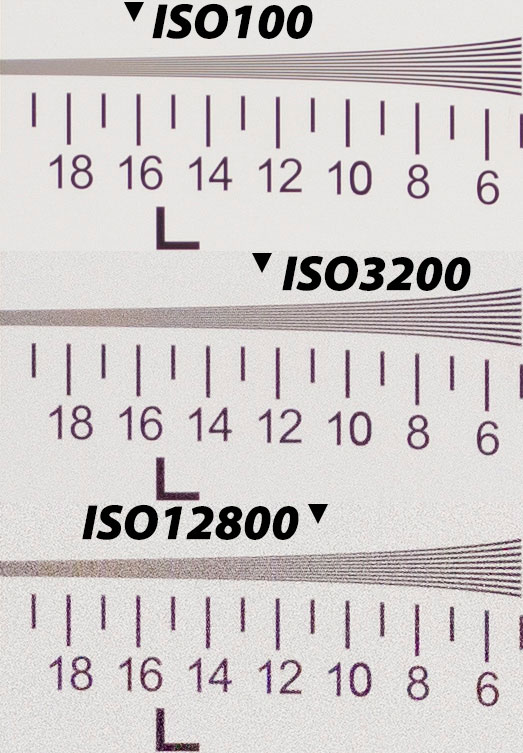 The 4000D provides clean results at low ISO settings, although a little noise creeps into shadow areas at ISO 800. By ISO 1600 fine detail starts to soften and at IS0 3200 image quality degrades much more noticeably accompanied by a muting of colour. At ISO 6400 this is more pronounced, while the top setting of ISO 12,800 produces soft, mushy images and is best avoided altogether if at all possible. 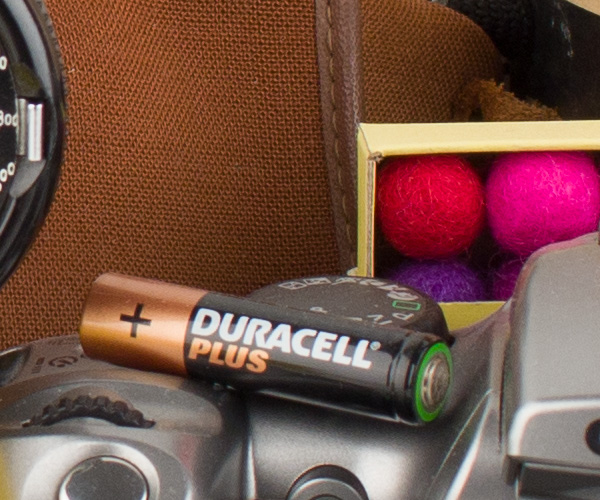 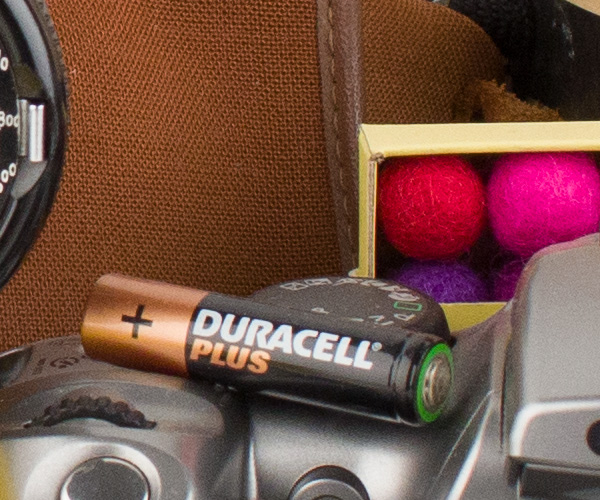 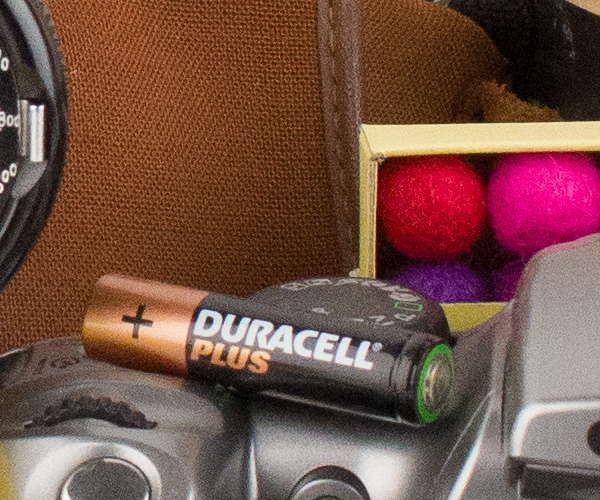 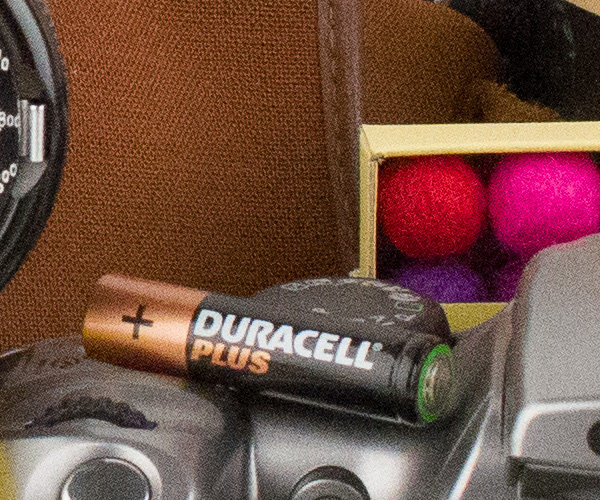 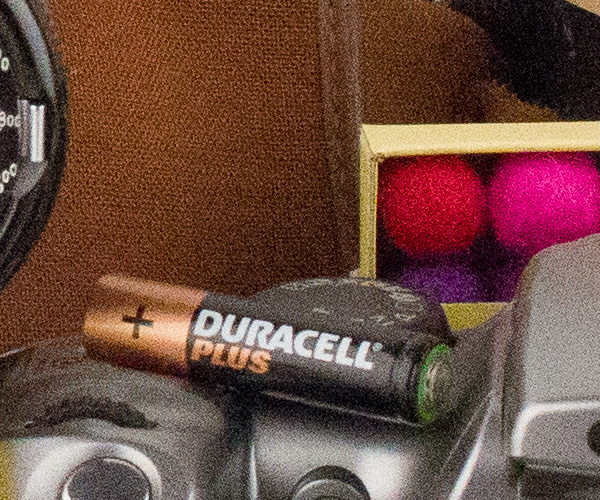 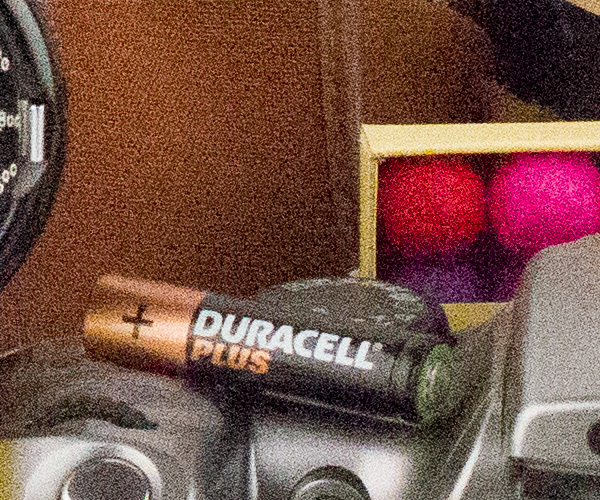 The Canon EOS 4000D provides a no-frills entry-point to Canon’s DSLR ecosystem for those on the tightest of budgets. Whilst now discontinued, like the EOS 1300D, this is one of the cheaper DSLRs on the second-hand market. In its favour the 4000D is very easy to use and capable of good image quality. That said, both the 2000D and especially the 250D provide better image quality and more growing space for first-time DSLR buyers to develop their skills, and are also available second-hand making them an obviously better choice. 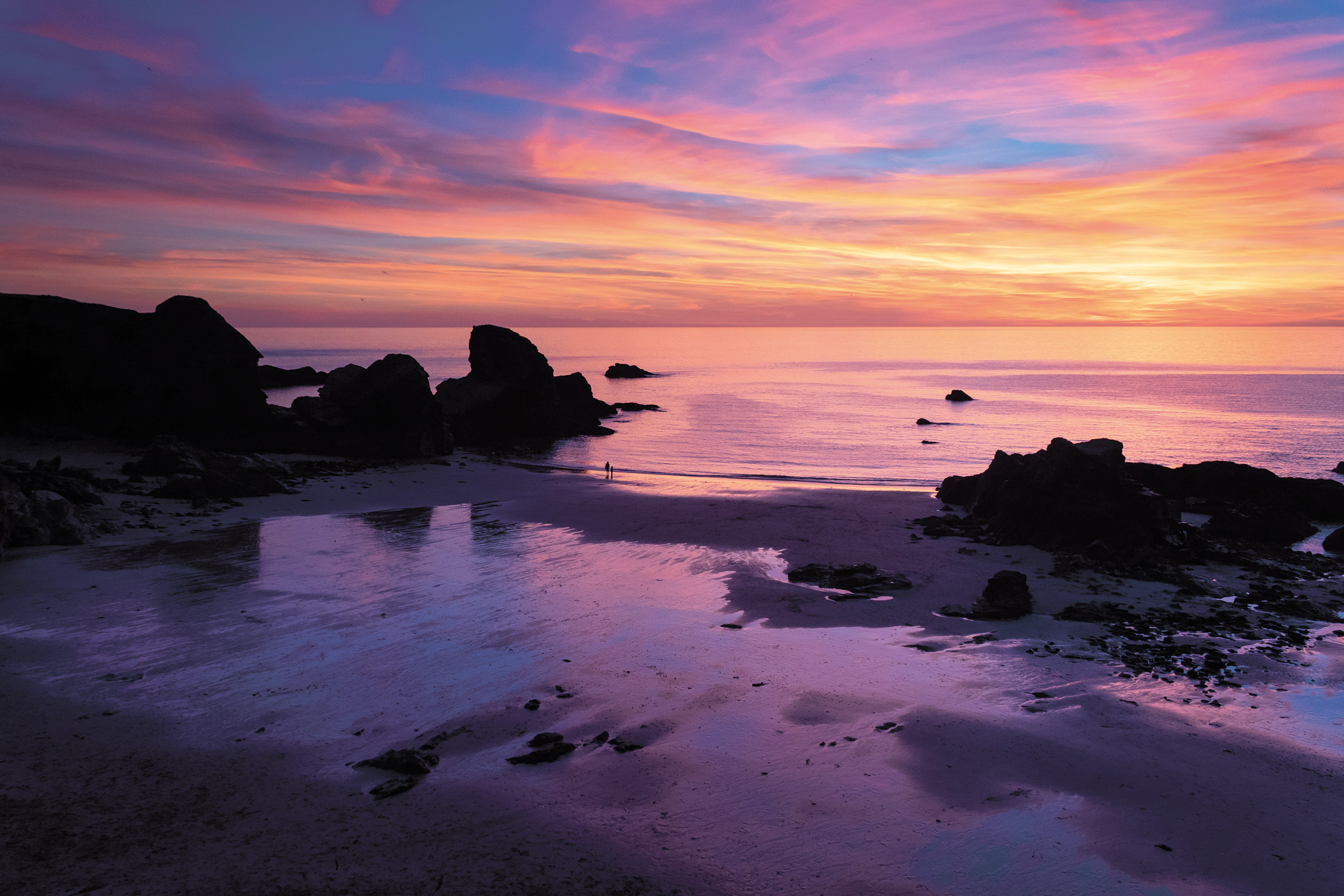 This fabulous sunset over Porthcothan beach was shot handheld. The raw file was then adjusted for tonality and vibrance in Lightroom 1/80sec at f/5, ISO 400, 18mm, photo: Audley Jarvis

The other issue still facing the EOS 4000D is the older EOS 1300D model, which is even cheaper second-hand. For more money the 4000D offers no discernible image quality or performance benefits over the 1300D. We’d therefore be inclined to recommend the 1300D, or any other Canon DLSR available second hand, such as the 2000D, 200D, or 250D. For those with a little more to spend the Canon EOS 2000D is undoubtedly a better camera, and only a little bit more second-hand, while the slightly more expensive EOS 250D remains the stand-out option within Canon’s trio of entry-level DSLRs. 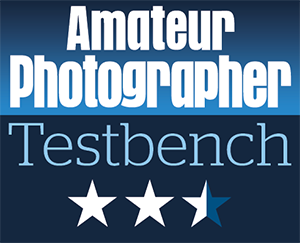 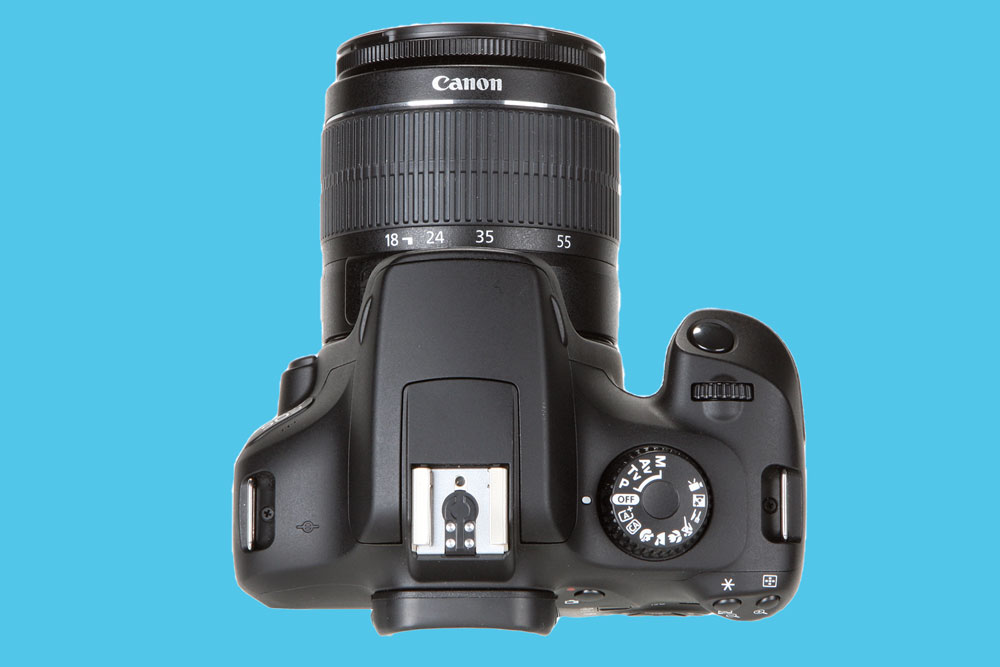