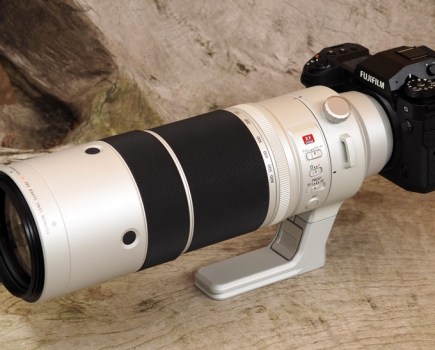 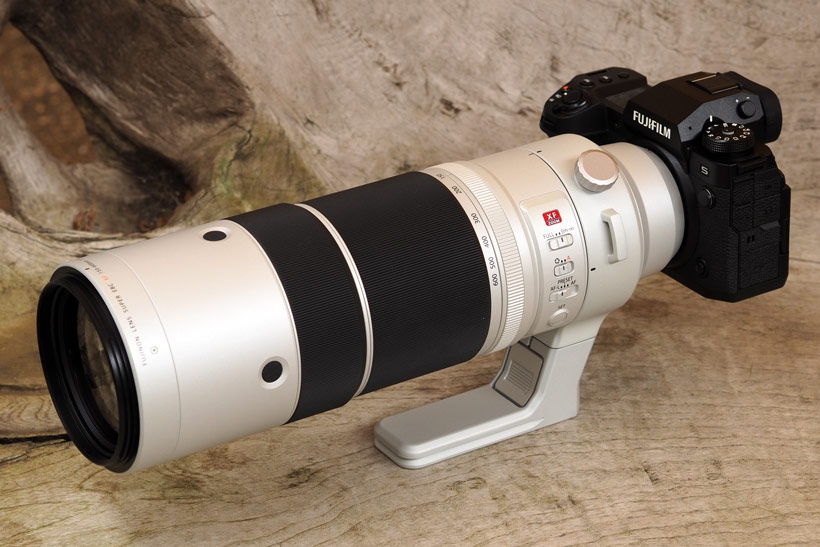 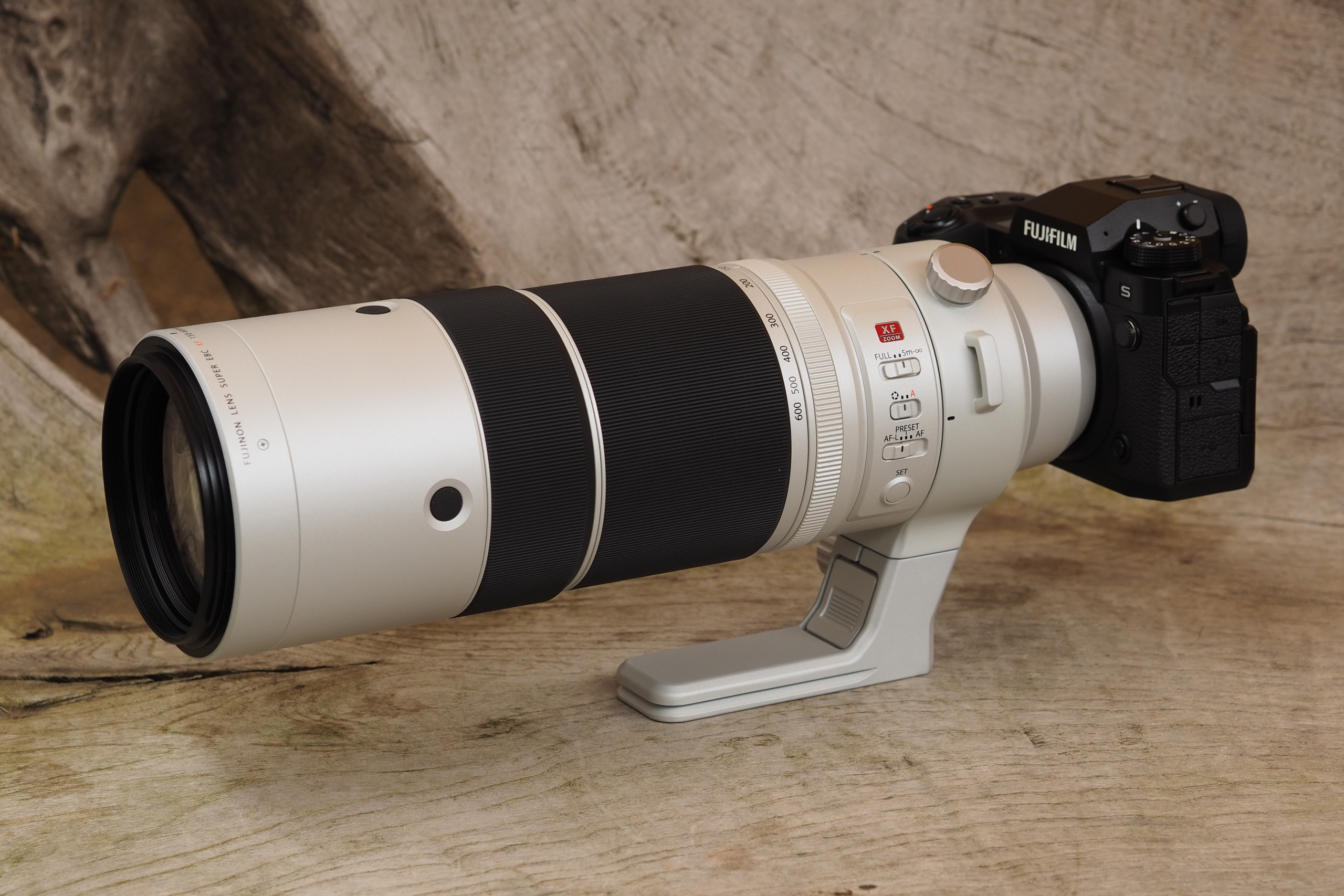 Of all the camera manufacturers, Fujifilm seems to have best understanding of why some photographers want to use APS-C format cameras and their corresponding lens requirements. Consequently, at the same time as it announced the excellent Fujifilm X-H2S, which is aimed at sport and wildlife photographers, Fujifilm unveiled the XF 150-600mm F5.6-8 R LM OIS WR.

This lens is designed for the same audience, and delivers a focal length range equivalent to 225-900mm, when used on one of the firm’s X-series cameras. It’s an exciting introduction to the Fujifilm catalogue that comes with a not-unreasonable £1899 price tag. Let’s take a closer look.

While prime lenses have their benefits, zoom lenses are often favoured for wildlife photography because of their flexibility of framing. With its impressively long focal length, the XF 150-600mm F5.6-8 R LM OIS WR gives plenty of scope for framing distant subjects and zooming out as they or the photographer get closer. 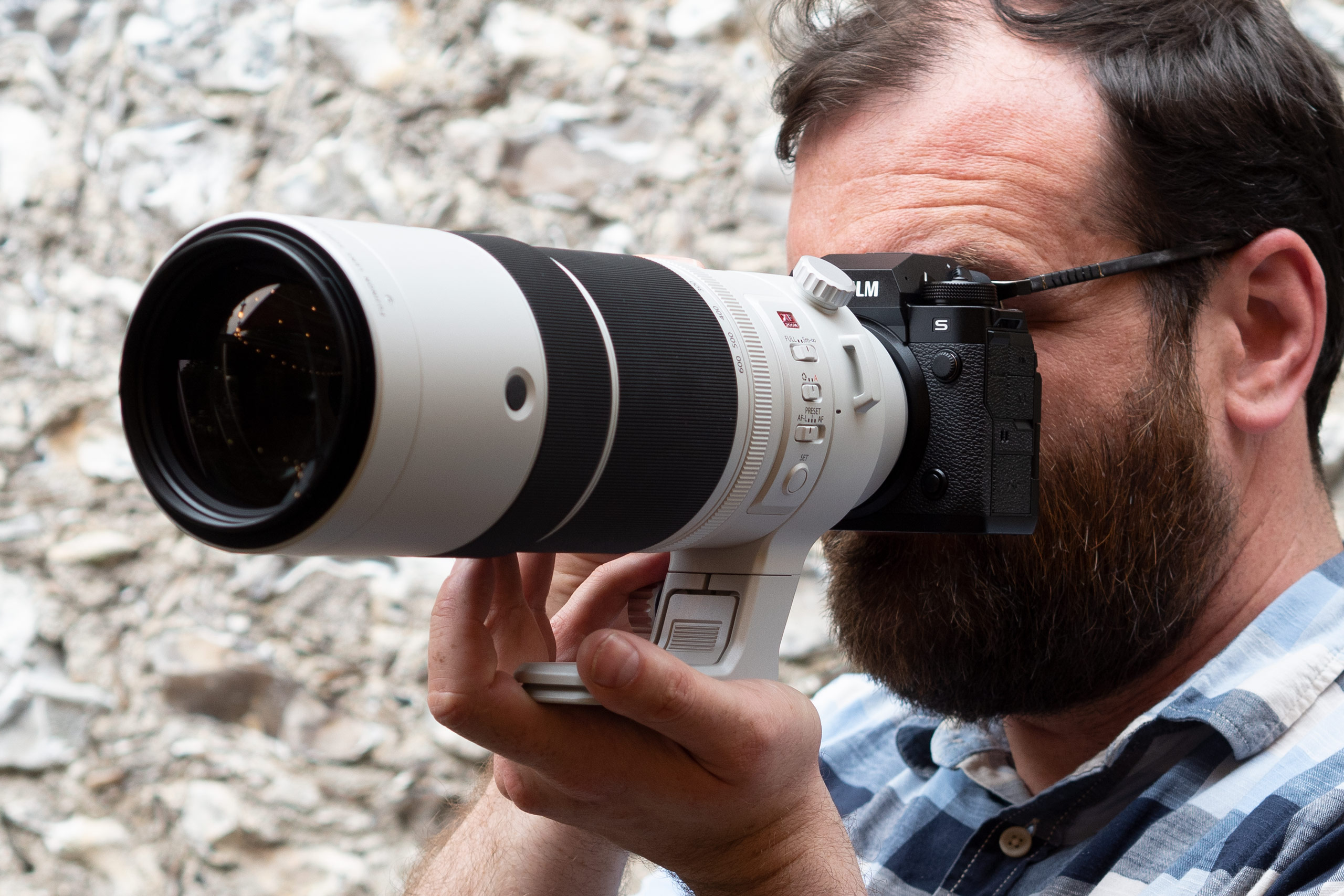 Unusually, the zoom mechanism is internal which means that the lens doesn’t extend when adjusting the focal length. That helps to maintain the lens’s balance when it’s mounted on a monopod or tripod, and it’s useful when you’re shooting in a hide or through foliage. 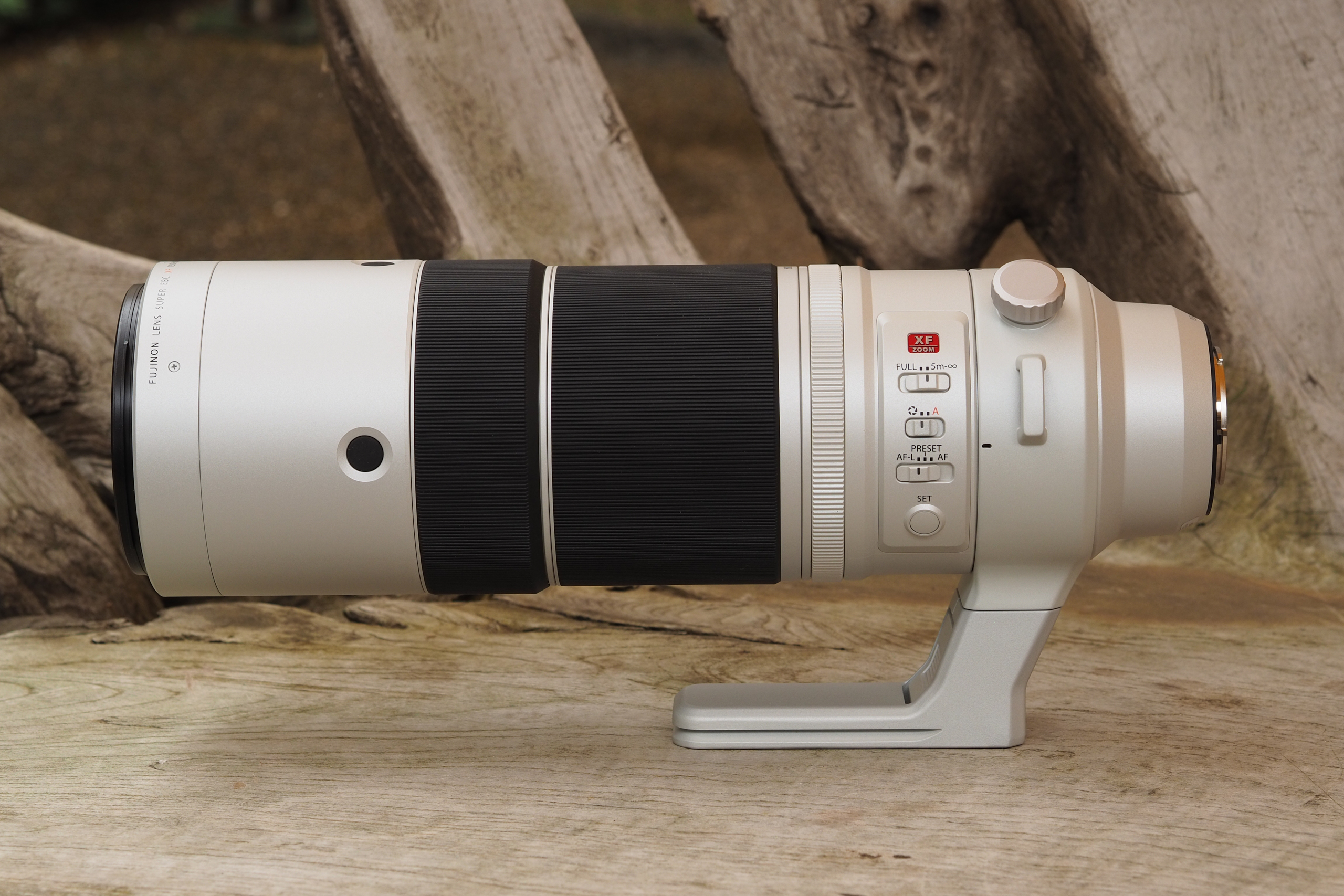 Fast telephoto lenses are preferred for wildlife photography, but they are expensive and heavy. So Fujifilm has compromised by giving the 100-600mm a maximum aperture of f/5.6 at the 150mm (225mm equivalent) end and f/8 at the 600mm (900mm equivalent) end. That means that the camera’s ISO sensitivity setting is likely to need to be pushed up in overcast and low-light conditions when a fast shutter speed is required to freeze the subject’s movement. However, the lens is stabilised to help minimise the impact of camera shake when subject movement isn’t an issue. 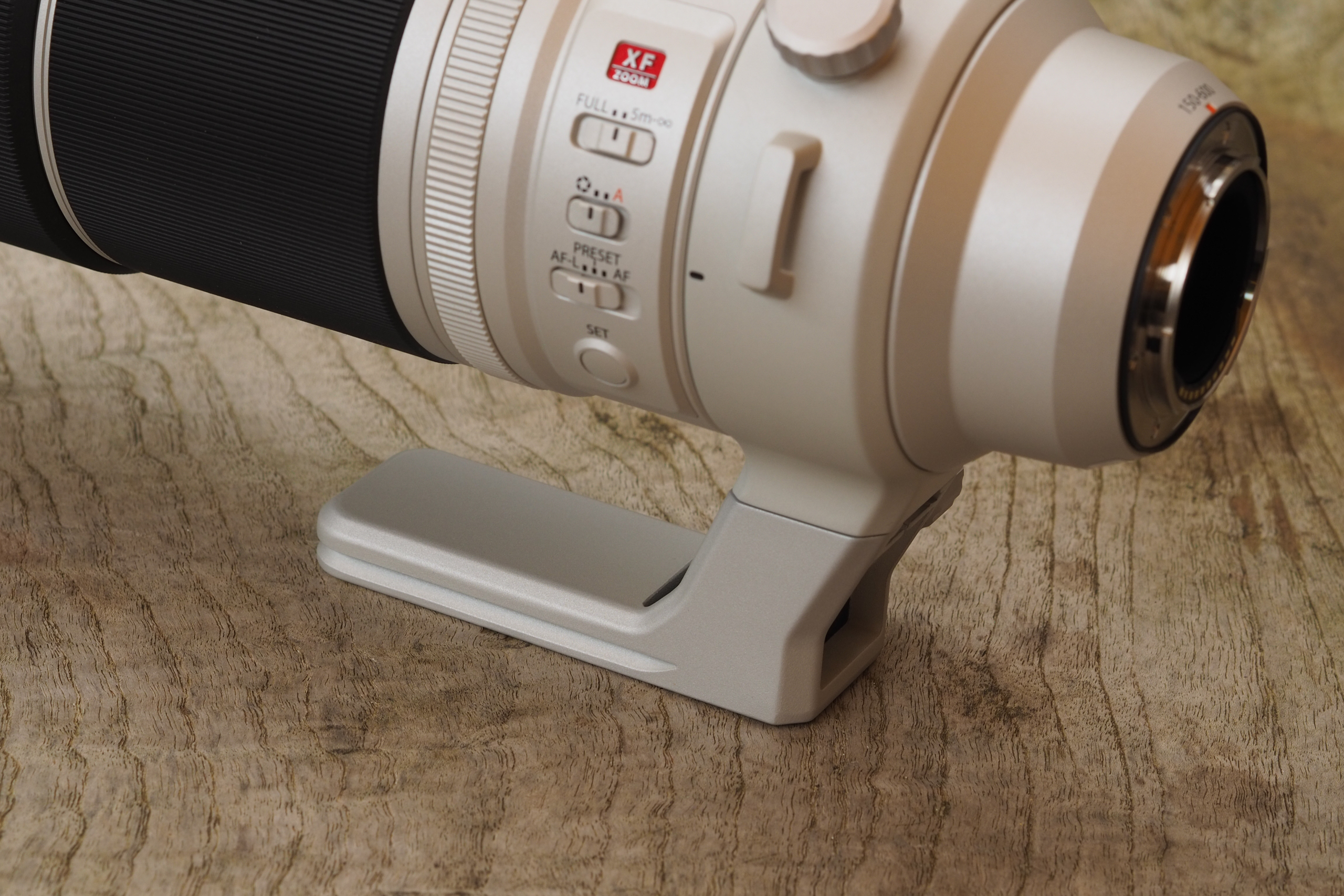 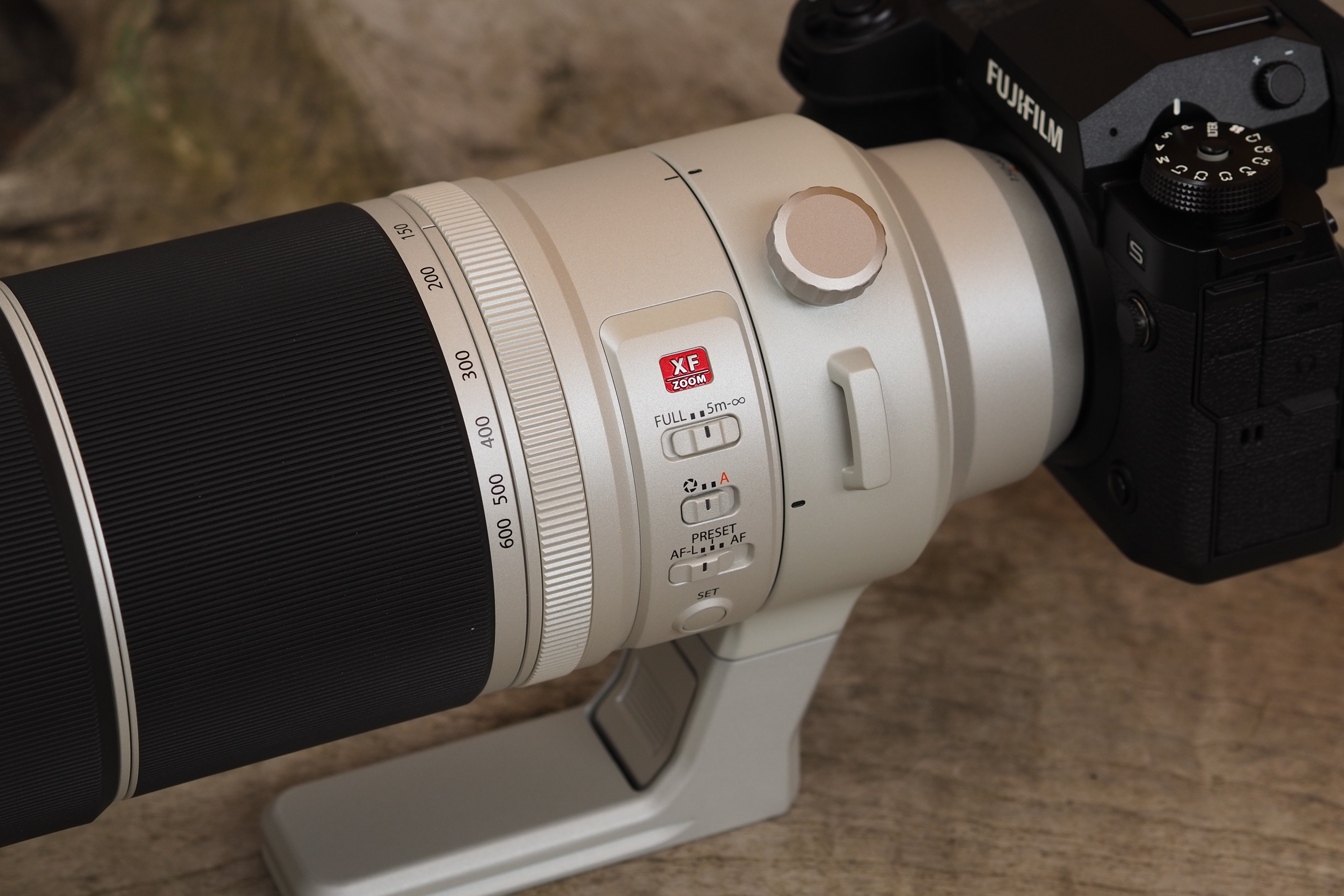 Focusing is handled by a linear motor which Fujifilm says is able to get subjects sharp in as little as 0.15sec. As the focusing is also internal, the lens doesn’t change length during focusing and the front element doesn’t rotate. 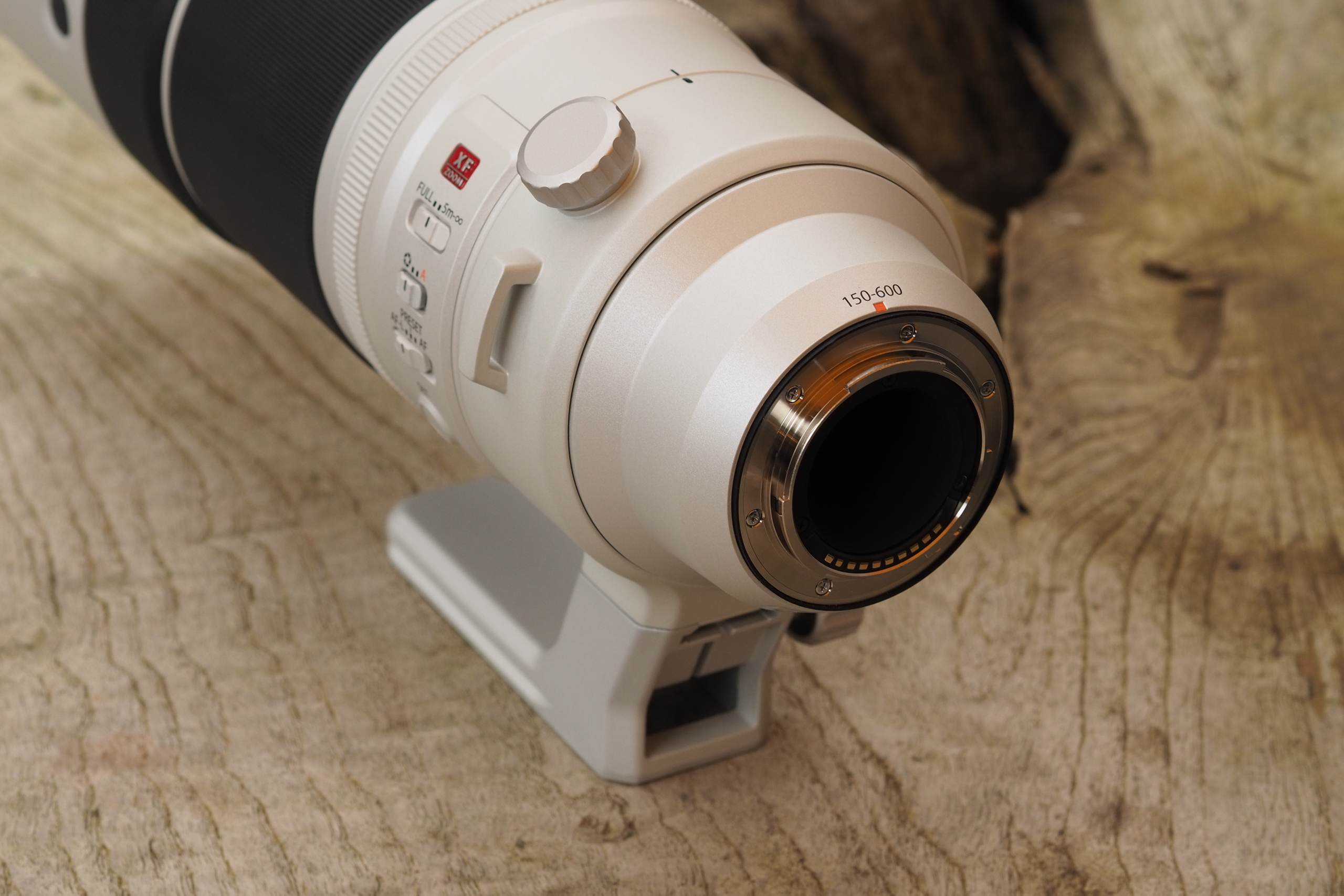 There are weather-seals around the moving parts and controls to make the lens dust and weather-proof, and it’s claimed to operate at down to -10°C. In addition, the front element is fluorine-coated to help it shed water droplets and stay clean.

At 1,605g without the supplied tripod foot, hood or any caps, the XF 150-600mm F5.6-8 R LM OIS WR is a fairly heavy lens. But it’s not bad considering its focal length range. It’s also 99mm in diameter and 314.5mm long, which means that you may need to check the size of your camera bag if you’re planning to carry it, and it inevitably attracts attention when you’re using it in a crowd. Nevertheless, it’s manageable and I carried it all day on a camera (on a Peak Design Slide strap across my body) on several occasions without any trouble. 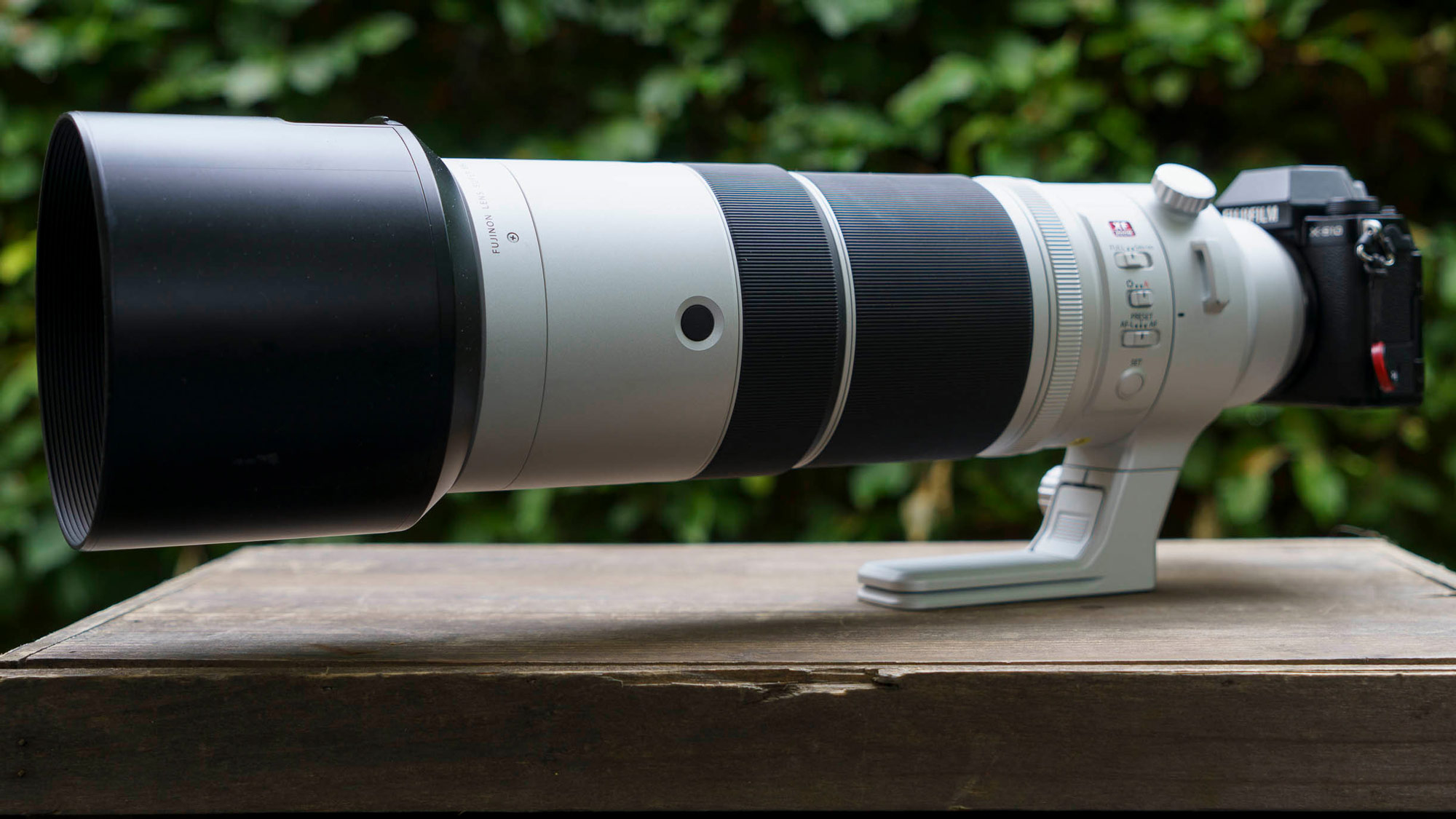 As you may have gathered, the tripod foot is removable. It snaps onto the integrated collar and there’s knob that can be screwed tight to ensure it’s fixed on securely. The foot is removed by loosening the knob and then pressing the release button while sliding it free. It works well and it’s great that the foot is Arca-Swiss compatible as it means it can fit directly onto many tripod or monopod heads without the need for a plate. 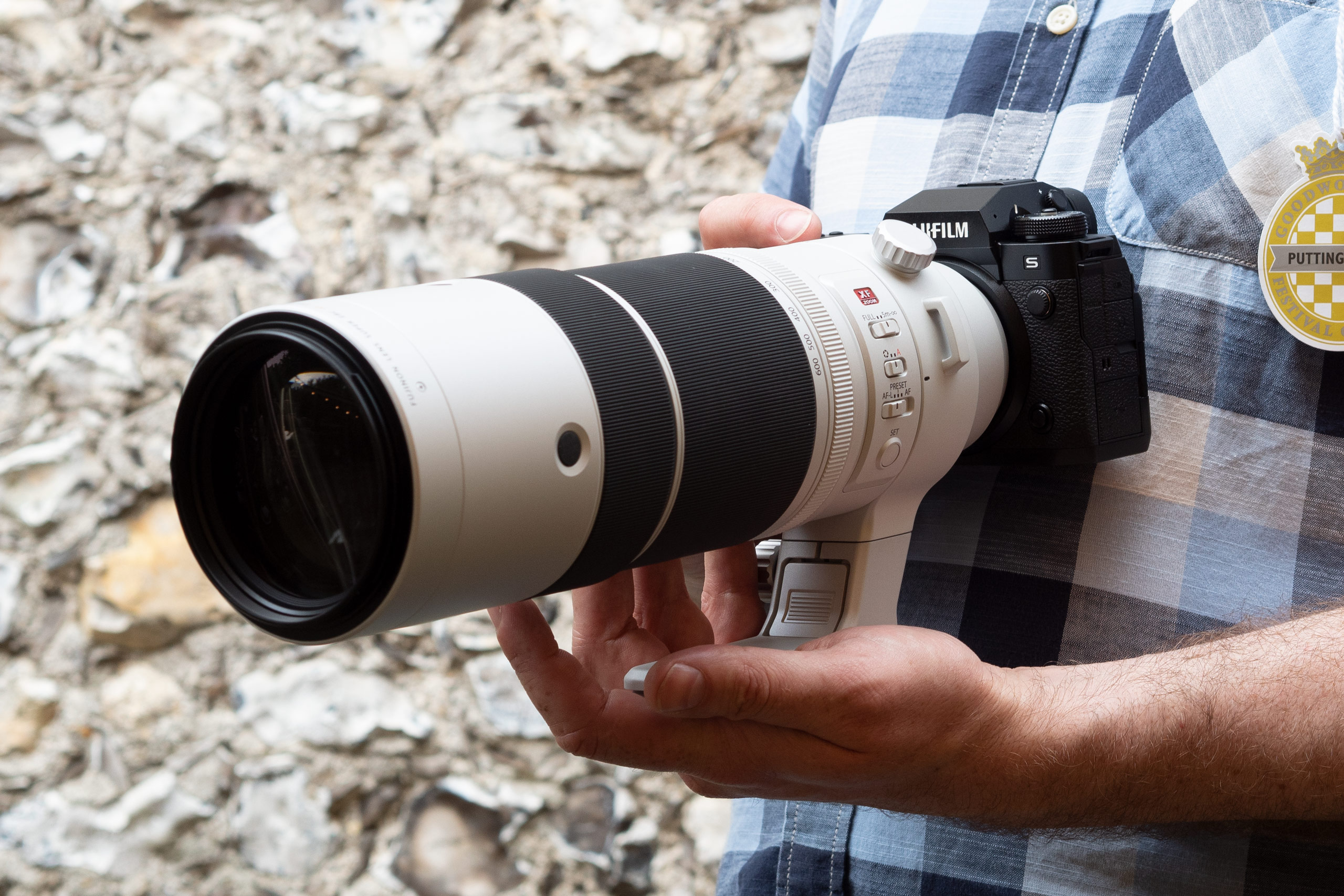 I used the lens on a monopod and a tripod on a few occasions, but when shooting in a bird hide or at Beale Wildlife Park, I found it easier to rest my elbows on a shelf, fence or wall and handhold the camera and lens, or to rest the lens on a convenient support. 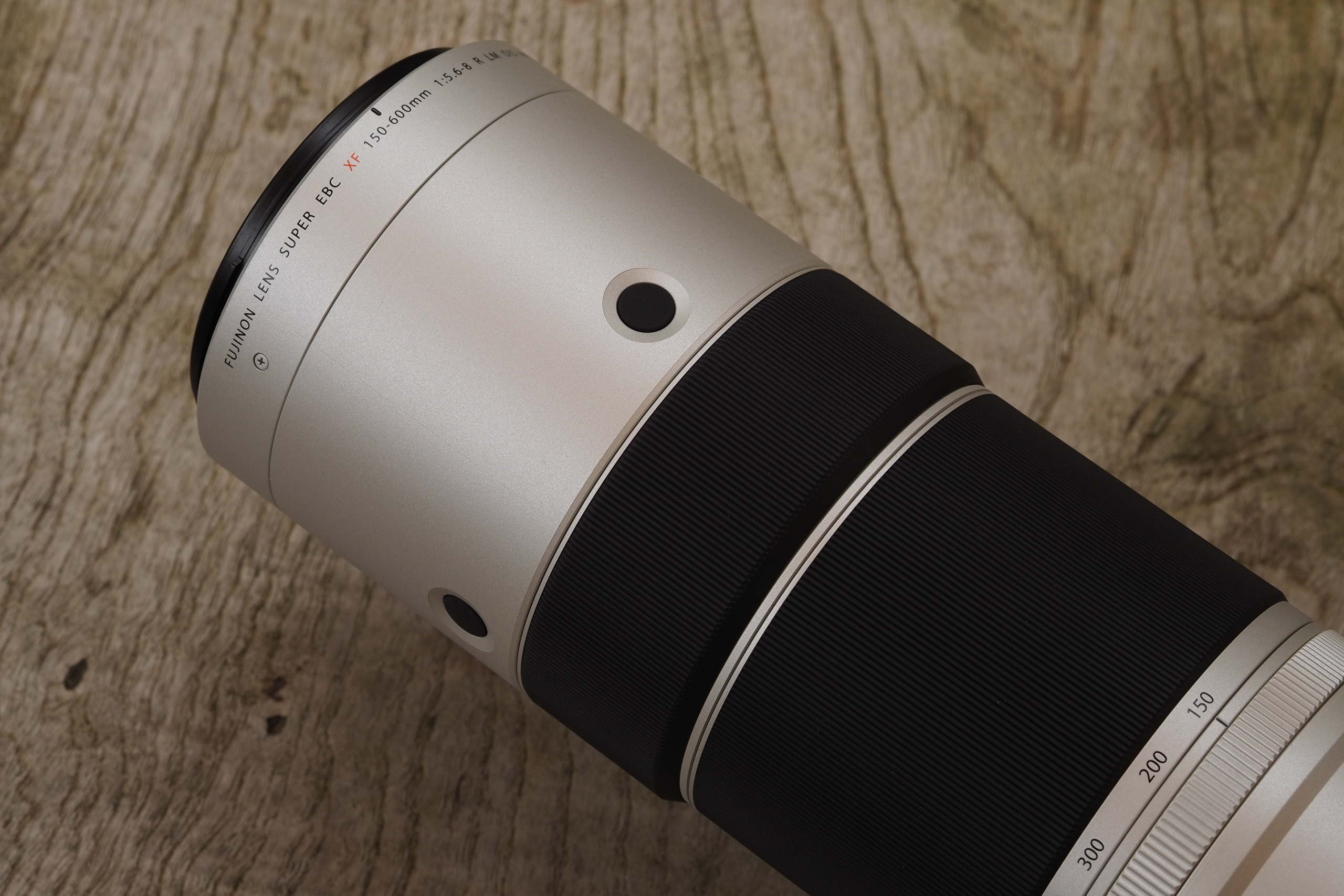 The broad zoom ring is towards the middle of the lens and it’s the natural resting point for the lens in your left hand. The focus ring sits further towards the front element but within convenient reach of your index finger and thumb when your hand is on the zoom ring. As it’s looser than the zoom ring, it’s easy to rotate quickly from this position. 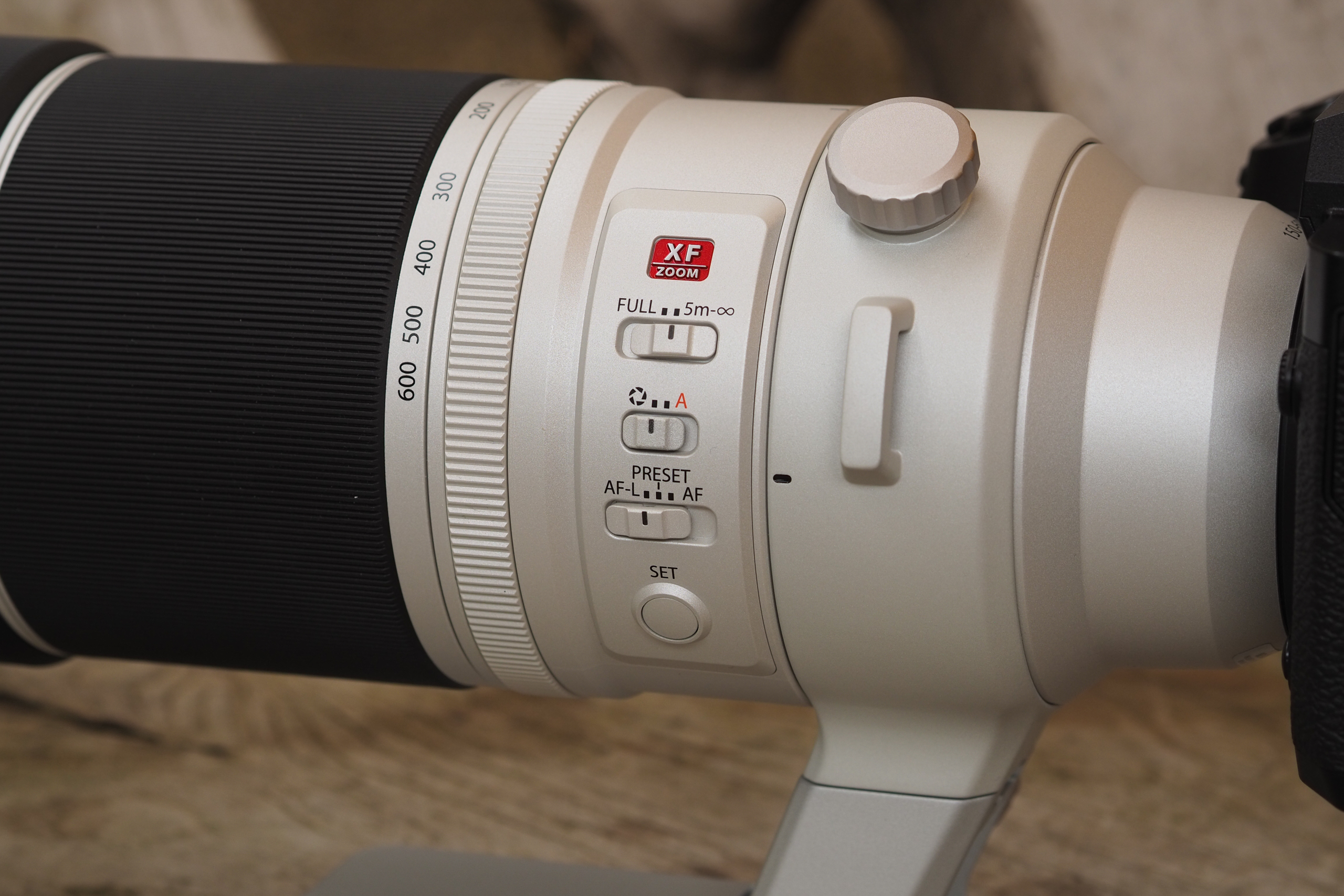 While the XF 150-600mm F5.6-8 R LM OIS WR has an aperture ring next to the zoom ring (on the camera side), it doesn’t have any aperture markings and the system works by wire. Consequently, there are no end points to the adjustment and the aperture value is only visible in the camera’s viewfinder or on the screen. A switch on the lens’ barrel is used to determine if the aperture value is set by the ring or the camera.

This ring is easy to rotate with your thumb while the lens is supported at the zoom ring and there are subtle click stops at each 1/3EV to keep you informed about the degree of adjustment. 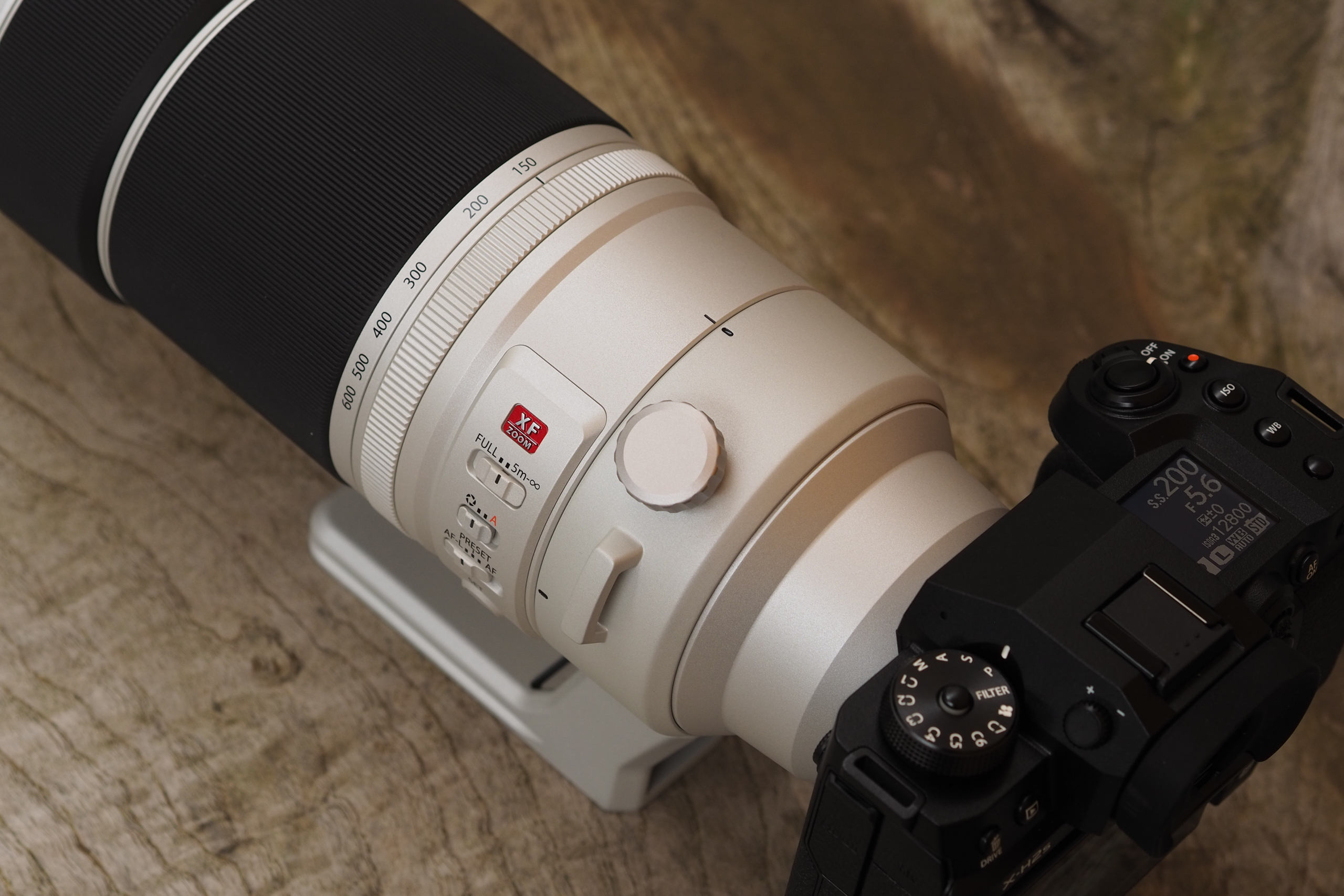 As well as a focus limiter switch that can be set to enable a full range of focusing or limit it to 5m to infinity, the lens has an AF lock switch with three settings, AF-L, Preset and AF. This latter switch can be used in combination with the four focus-control buttons near the far end of the lens to set the focus to specific distances for instant recall. These controls are useful for wildlife photography when there can be lots of distractions for the AF system. 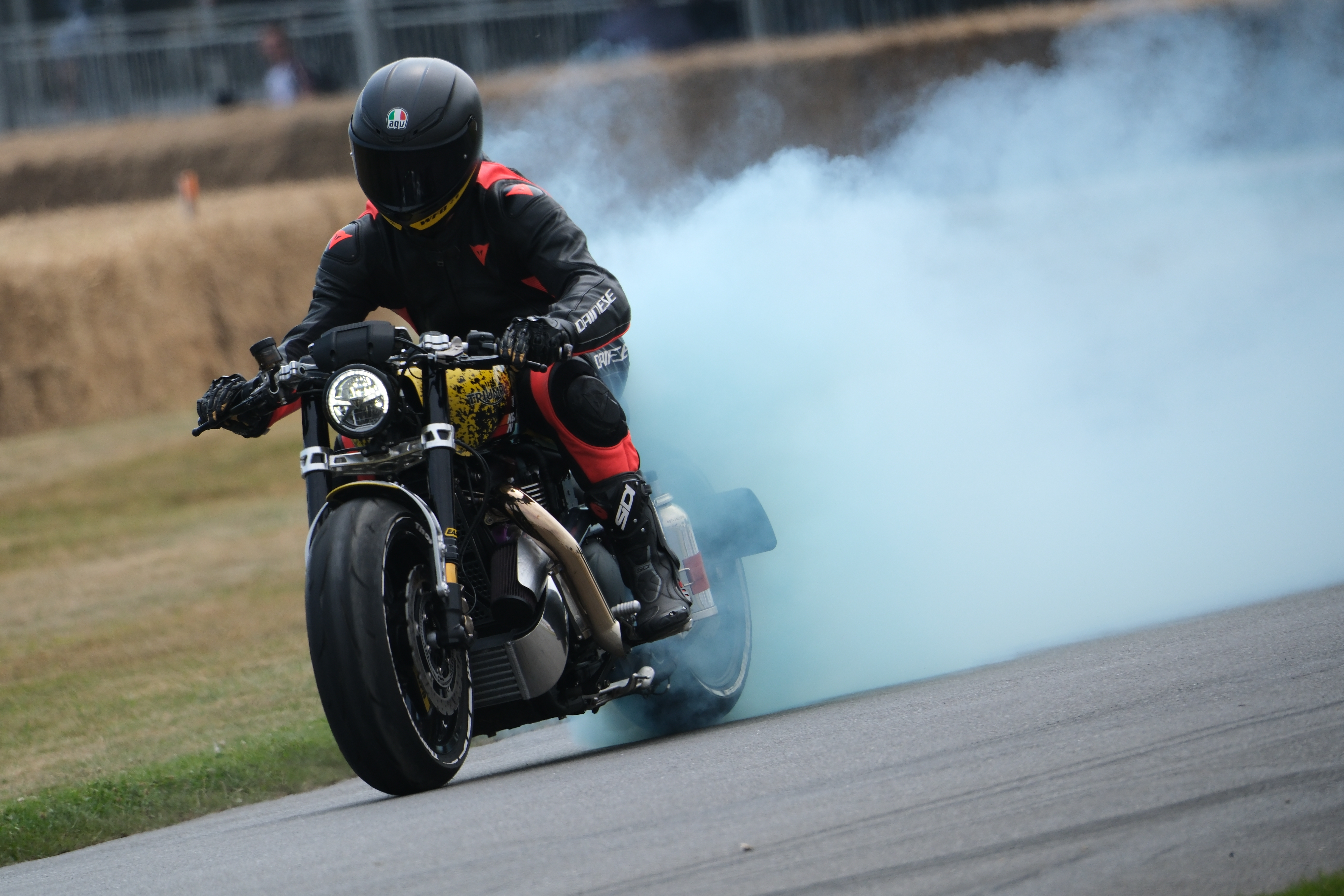 I tested the XF 150-600mm F5.6-8 R LM OIS WR on the new Fujifilm X-H2S and the older Fujifilm X-S10, and in both cases it focused quickly and quietly. As you’d expect, it’s compatible with the X-H2S’s subject detection modes and gives a good account of itself, getting the subject sharp very quickly. Even when the subject is near to the lens’s 2.4m closest focusing point, it usually manages to get it in focus quickly. 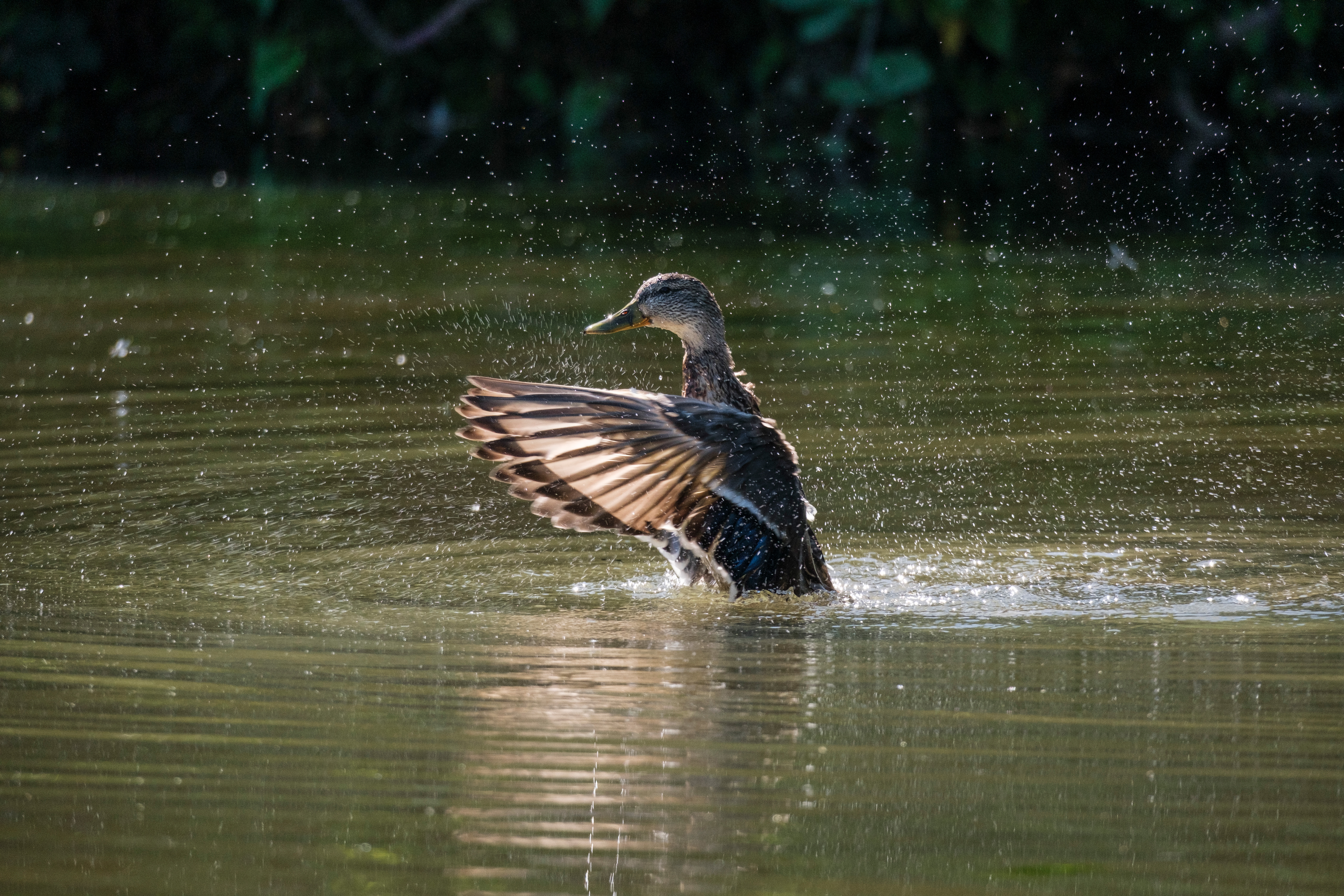 While this isn’t Fujifilm’s sharpest lens, it is still very good and it does a fine job of maintaining the sharpness into the corners of the frame. At its longest point it has a maximum aperture of f/8, which is likely to be used on many occasions to enable fast shutter speeds without pushing up the sensitivity (ISO) more than strictly necessary. 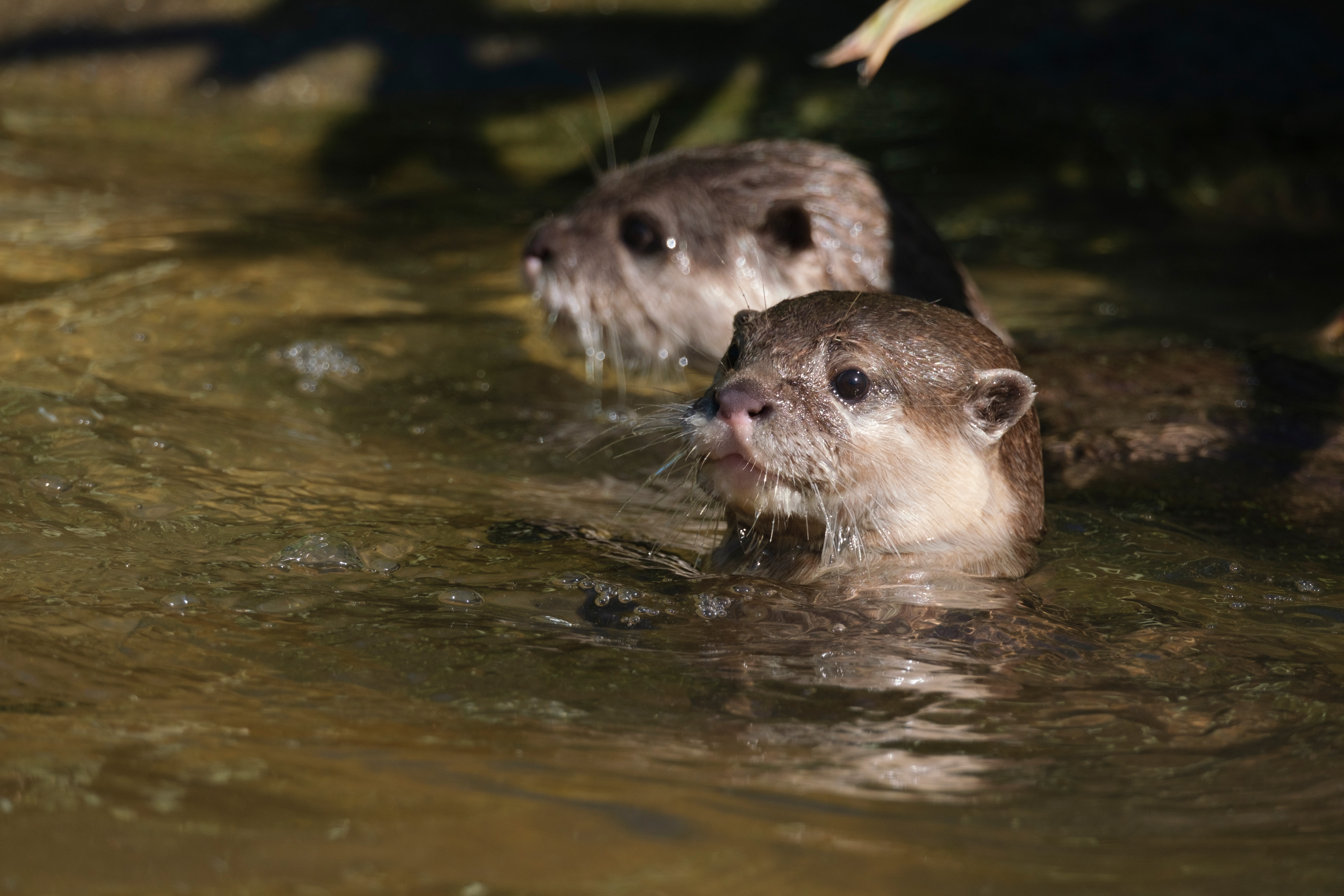 The results are very good at the widest aperture throughout the zoom range but there’s a slight improvement when the aperture is closed down by a stop. While not dramatic, the softening effect of diffraction is apparent at the narrowest apertures. 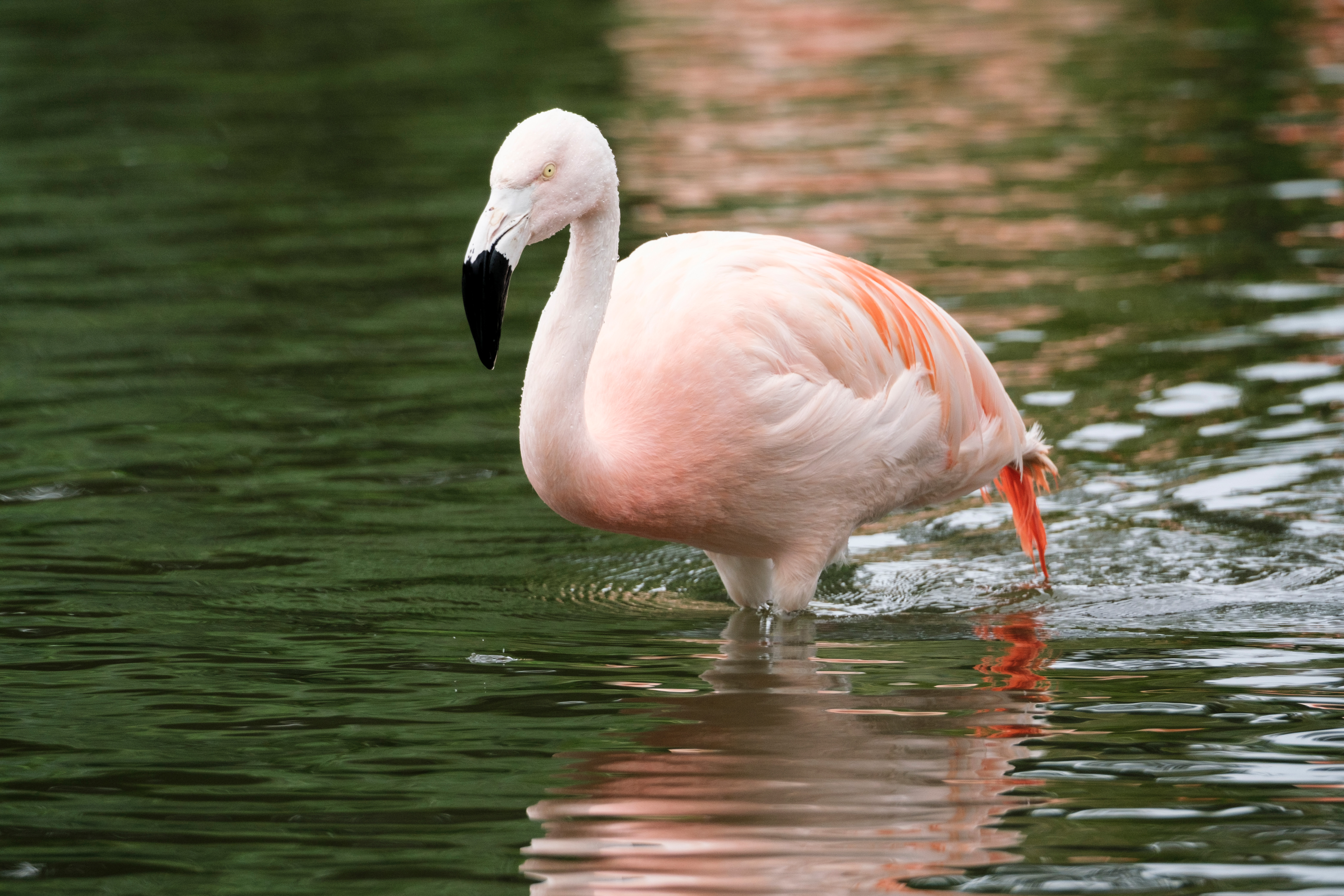 Camera shake can be a significant issue when shooting with a 900mm equivalent focal length, but the XF150-600mm F5.6-8 R LM OIS WR has an excellent stabilisation system. I was able to get 90-100% of my images sharp at a shutter speed of 1/30sec when shooting at the longest end of the lens. That matches Fujifilm’s claim of 5EV shutter speed compensation and the consistency is impressive. However, all of my images had some blur when I reduced the shutter speed by another stop to 1/15sec. 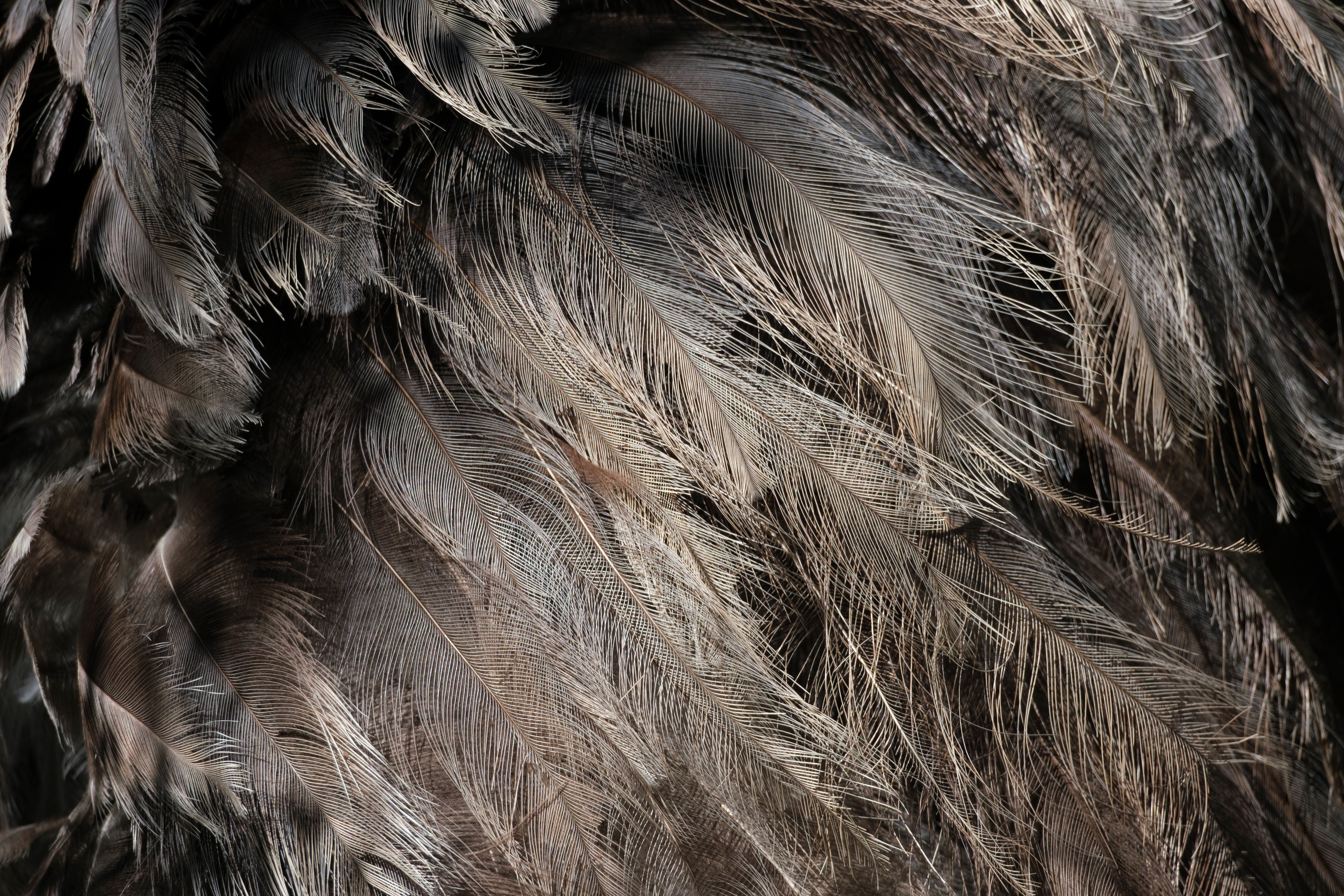 I used the lens on several bright sunny days and was able to shoot towards the sun and photograph backlit subjects with neither flare nor chromatic aberration being noticeable problems. Of course, it is possible to introduce some flare if you want to, but Fujifilm provides deep lens hood to keep it at bay (and help protect the front element). Vignetting and distortion are also controlled very well plus out of focus areas look natural and have circular highlights. 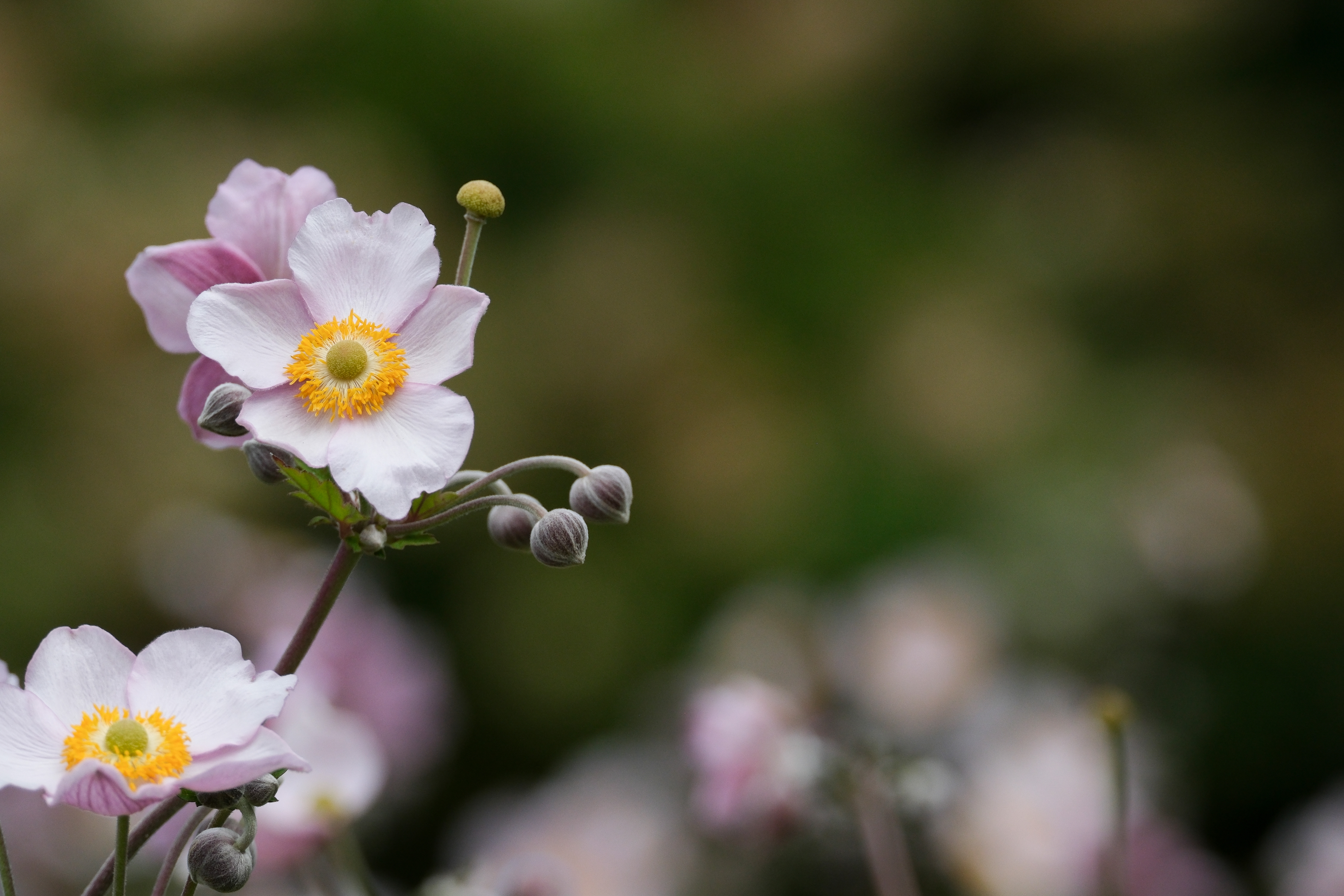 While it’s nice to have something to lean it on, the Fujinon XF 150-600mm F5.6-8 R LM OIS WR is manageable even when you’re holding it without support. It also has an excellent stabilisation system, is weather-sealed, nicely balanced and can focus fast enough to enable you to capture birds in flight. It adds up to a very attractive lens for wildlife photographers with the small maximum aperture being the only fly in the ointment. 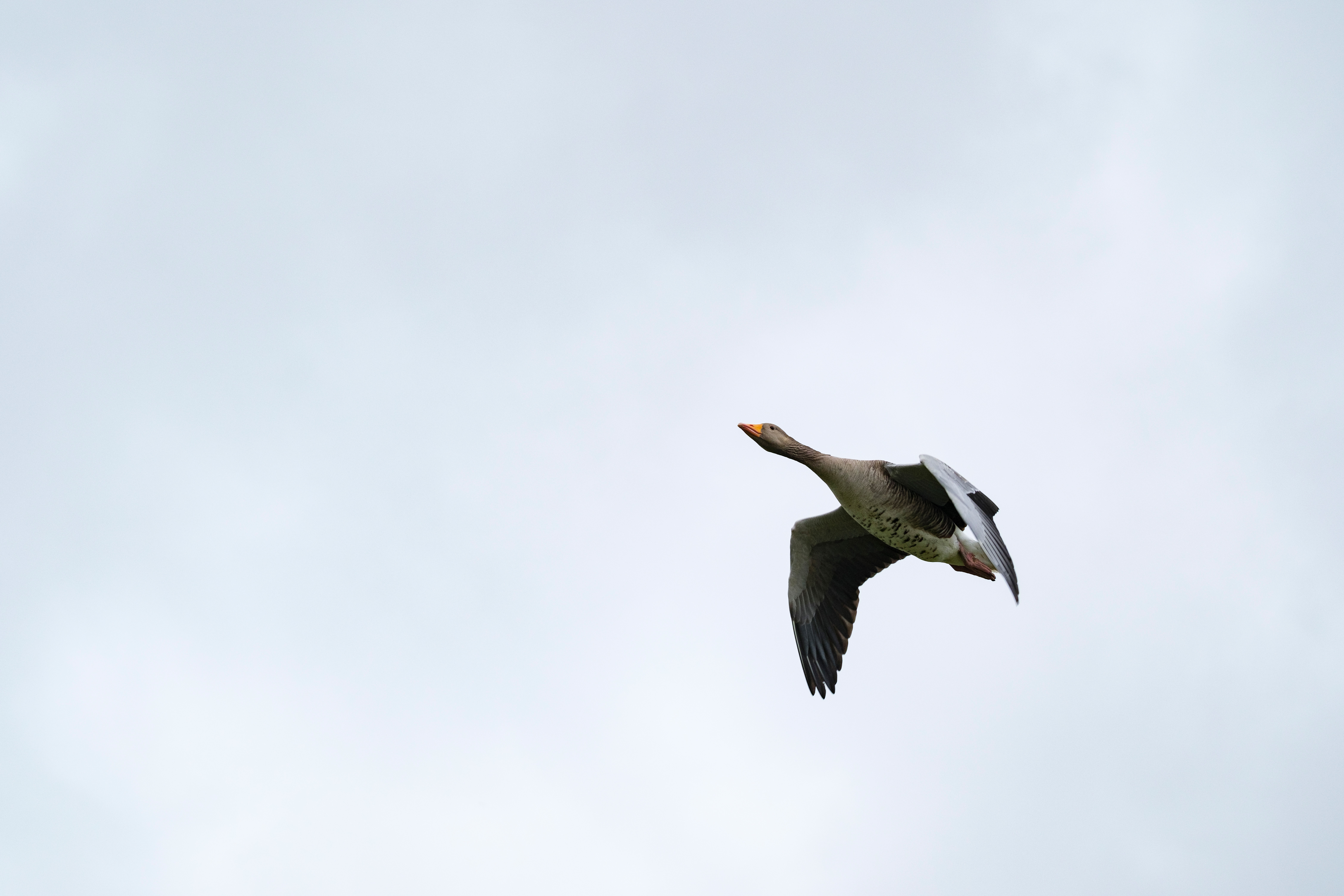 This stumbling block means that the camera’s sensitivity (ISO) setting may have to be pushed up to enable movement-freezing shutter speeds. Even on a bright sunny August day in the UK, I sometimes had to use ISO 1600 to enable a shutter speed of 1/1250 sec, so in the depths of winter it’s going to be considerably higher and image noise will take its toll. 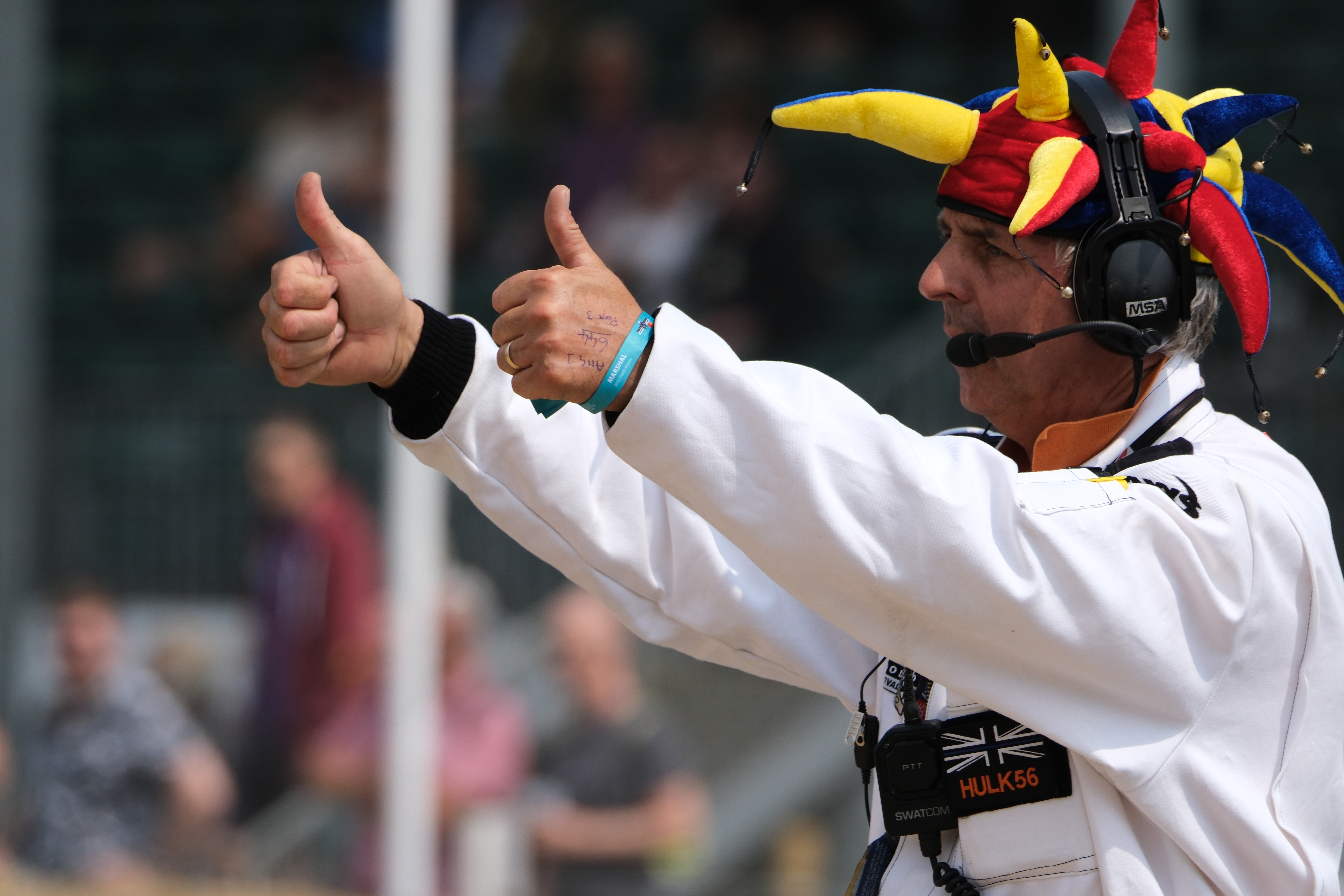 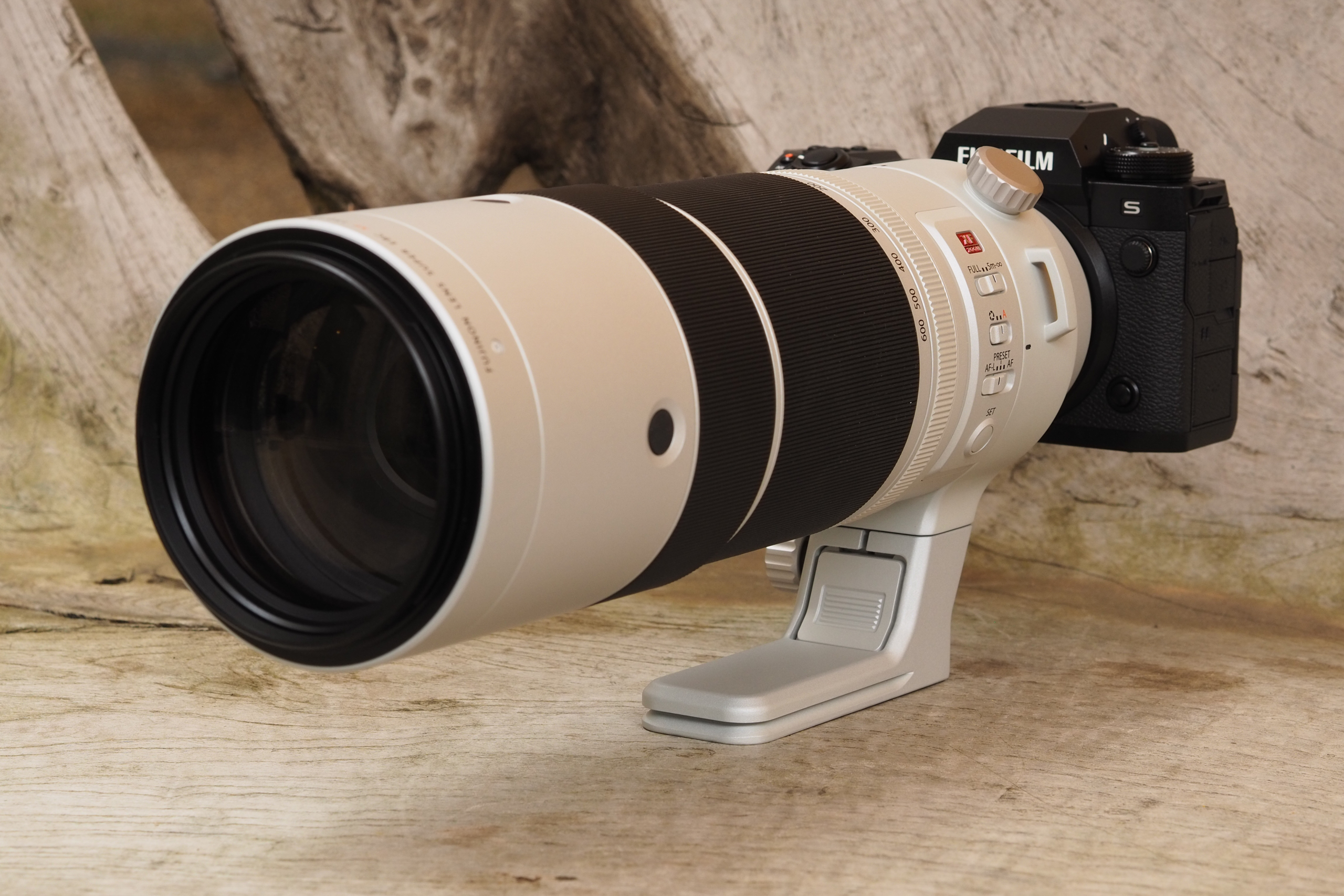 For many photographers the compromise of the f/5.6-8 aperture range will be acceptable given the size, weight and cost advantages it brings. Even increasing the maximum aperture by a stop at the longest end would have significant repercussions, potentially taking the lens well beyond the reach of its intended market. 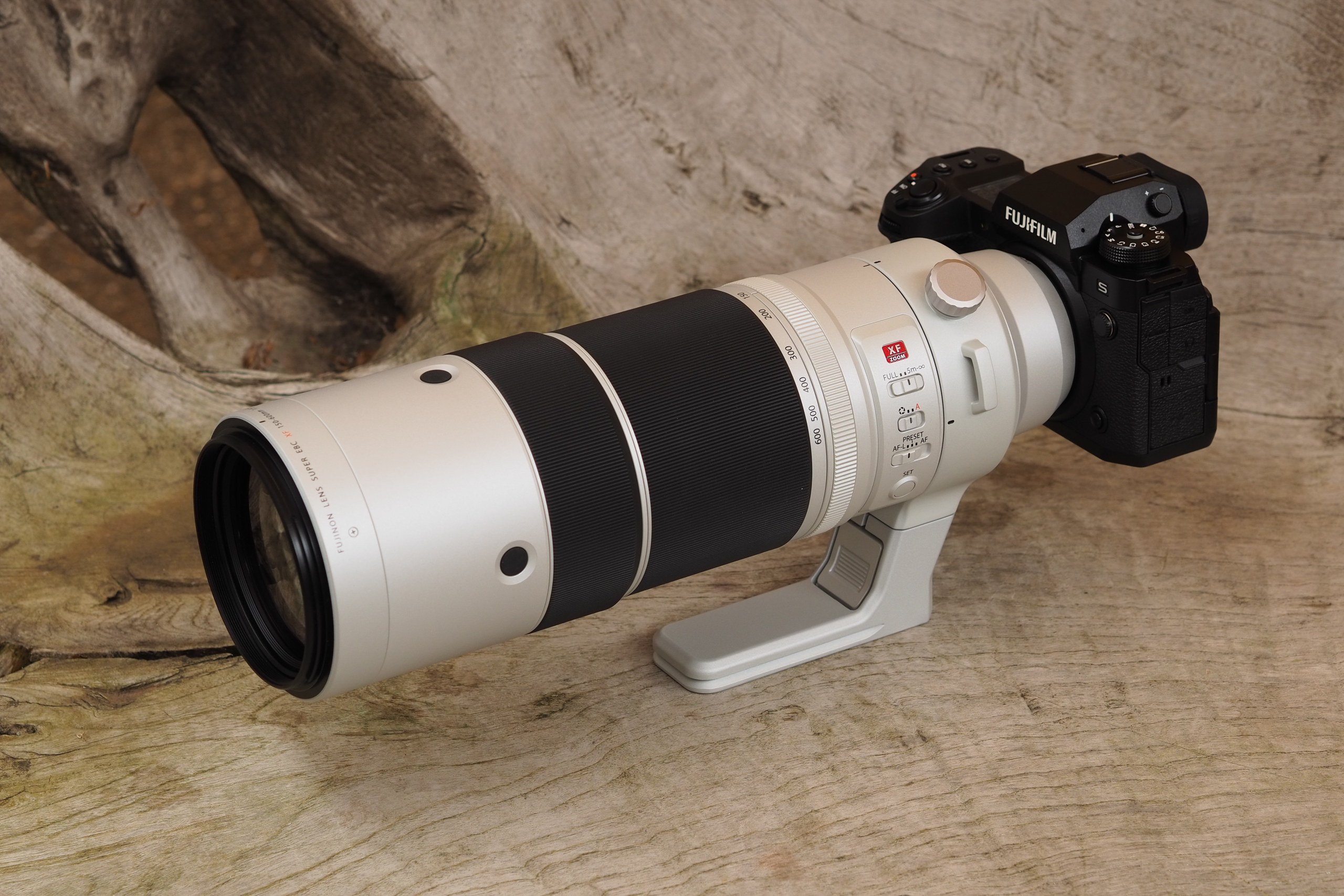