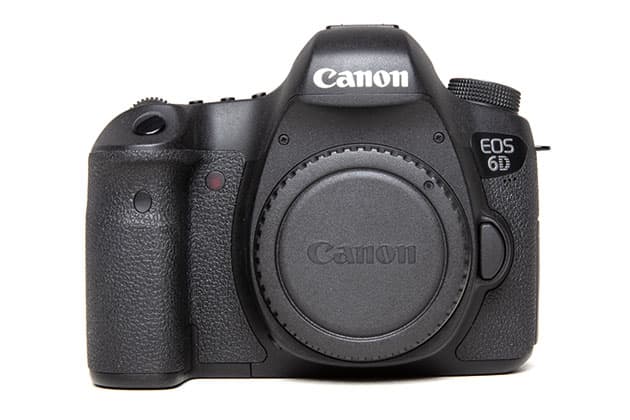 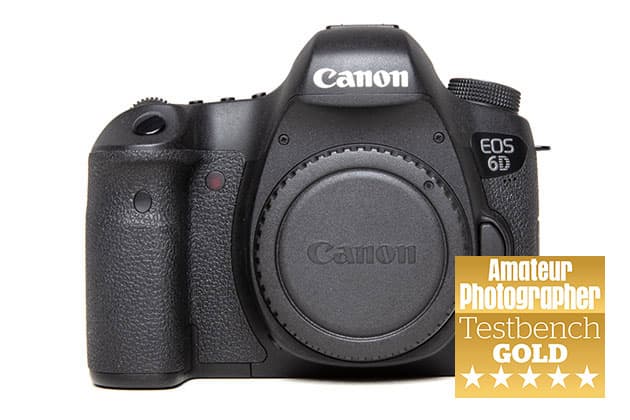 The EOS 6D will be remembered as Canon’s first ‘affordable’ full-frame DSLR. It went down a storm with enthusiasts and attracted professionals who liked the idea of owning a reliable and lightweight back-up body that was cheaper than the EOS 5D Mark III. Partly constructed from magnesium alloy, it features a 20.2MP full-frame CMOS sensor, offering 14-bit raw capture and an ISO range of 100-25,600 (expandable to ISO 50-102,400). Other features include an 11-point autofocus system; 4.5fps continuous shooting, built-in Wi-Fi/GPS; a 3in, 1.04-million-dot fixed screen; and Full HD (1920×1080) video recording at 24/25/30fps.

Canon EOS 6D at a glance 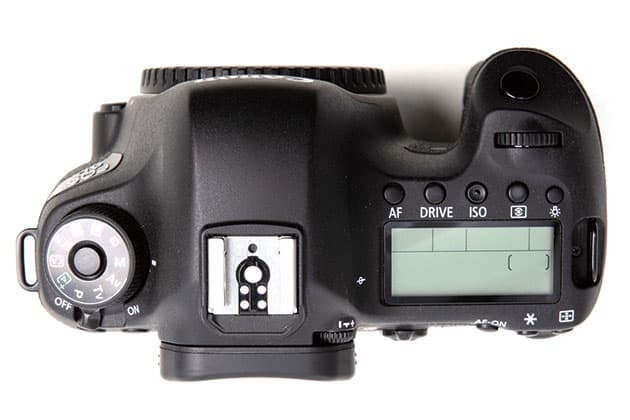 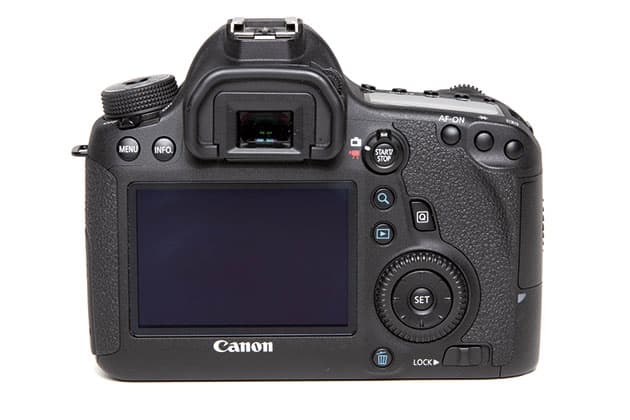 The EOS 6D accepts the widely used LP-E6 battery, which contributes to its healthy 1,090-shot life

How it fares today

Although the EOS 6D has been superseded, the original remains widely used. It’s a very capable DSLR for a range of subjects, but its weakness is its burst rate, which at 4.5fps isn’t ideal for photographing high-speed action or sport. A resolution of 20.2MP is also more than adequate for enthusiasts who don’t require the colossal files outputted by today’s super high-resolution cameras.

The EOS 6D Mark II arrived in 2017. Its 26.2MP CMOS sensor offers a broader ISO range; it has a faster DIGIC 7 image processor that permits a burst of up to 6.5fps, plus it benefits from Canon’s Dual Pixel CMOS AF technology, ruling out the clumsy focusing performance when shooting stills and video in live view. There’s plenty more including a 45-point AF system and 3in vari-angle touchscreen.

What the owners think 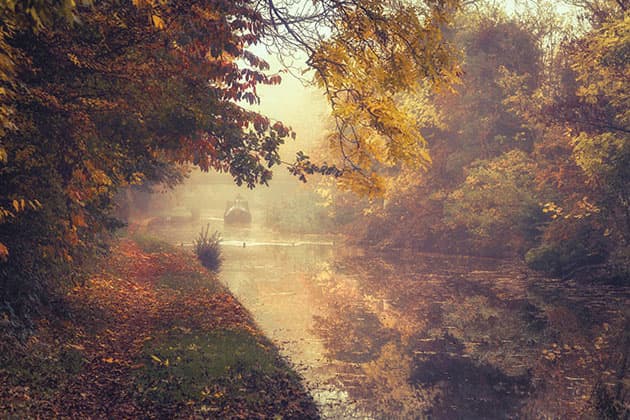 ‘After starting out with a Canon EOS 1000D and then graduating to the EOS 60D, it was a logical step to upgrade to the Canon EOS 6D. From the moment I started using the 6D I felt that my photography took a major step forward, with significant improvement in colour definition, detail and depth-of-field capabilities. But what really stood out for me was the low-light performance. This was beyond anything I had used before, and suddenly I was able to shoot during my early morning canal and countryside strolls without a tripod, even with low ISO. I travelled extensively with my 6D. It served me perfectly while shooting mountains, lakes and architecture, even giving me the confidence to attempt night photography. It’s not the fastest camera around and has limited focal points, but it allowed me the freedom to shoot handheld at a much-improved level. This freedom suits my style perfectly, as well as gives me more scope for editing. I recently upgraded to an EOS 5D Mark IV but kept the 6D as my trusty backup body.’ 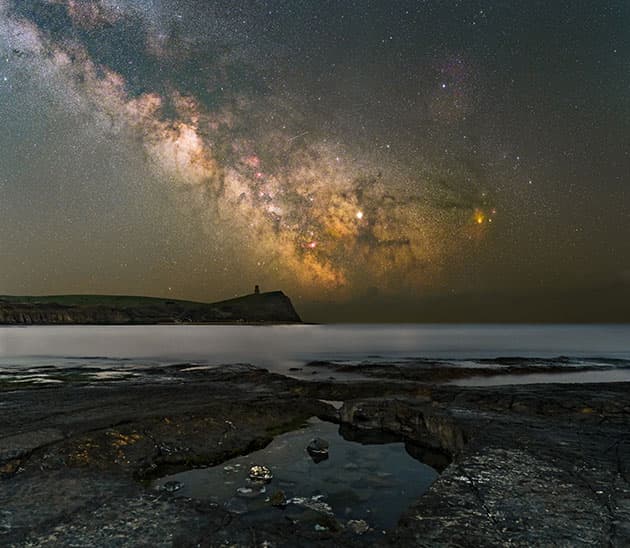 ‘My first camera was the Canon EOS 500D, but as my passion for photography escalated, especially with astro/nightscapes, I needed to upgrade to a full-frame camera. The EOS 6D seemed to be the camera of choice for many astrophotographers, mainly because of its portability and low-light capabilities. I have now owned the 6D for three years, and I am still amazed at how well the camera performs at high ISO. I recently had my 6D astromodified (IR cut filter removal). This enables the camera to become more sensitive to red light, making it much easier to pick up the faint hydrogen alpha (H) gases in many areas of the night sky. This has taken what is a fantastic camera and turned it into a light-gathering machine. If you are in the market for a well-priced camera for astrophotography, look no further.’ 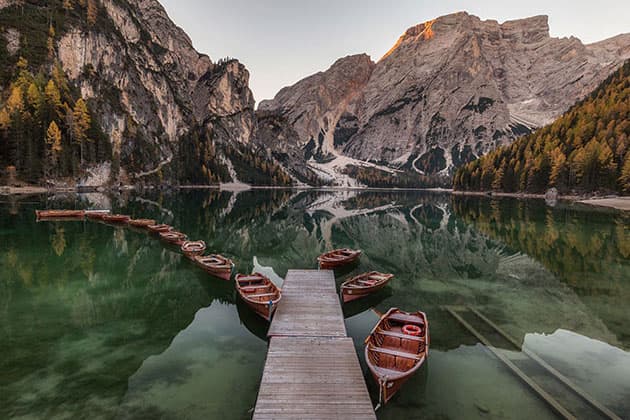 ‘I’ve been shooting with the EOS 6D for a little over a year now, and I’m thoroughly impressed with this mid-range DSLR from Canon. As an amateur photographer, I can’t really fault this camera as it has everything I need and more. I stepped up from the EOS 760D and it’s been a revelation. It was a considerable jump from my previous crop-sensor body: the images were so much sharper; it retains more detail and of course the files can be pushed that bit further in post-processing. There are things I miss like an articulated flip screen, but it’s something that you can live without. As someone who doesn’t make a living from photography, I find it hard to justify spending huge amounts of money on the high-end gear when cameras like the 6D are easy enough to source second-hand at very reasonable prices.’

Trade in and upgrade your set-up for the perfect shoot, every time. Buy, sell and trade in your photo and video gear with MPB. It’s quick, easy and secure.