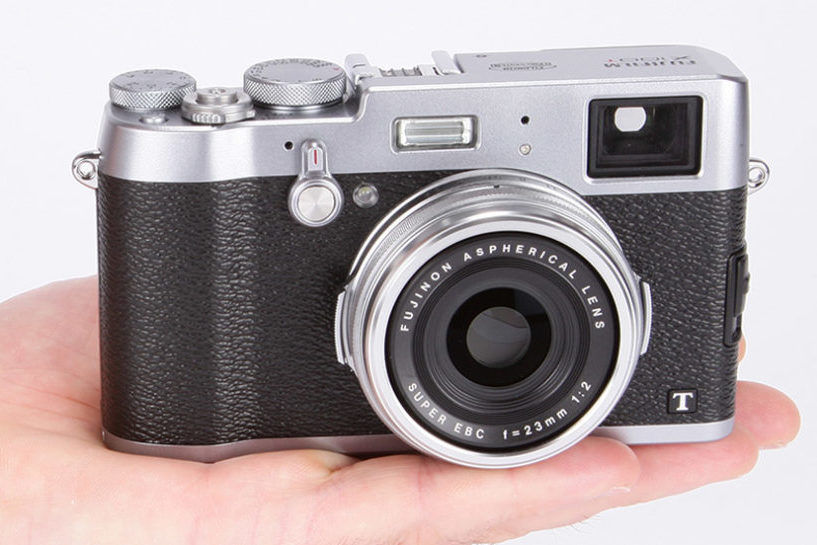 If you’re looking for a pocketable camera, then there are a range of great choices available on the second-hand market, with these second-hand classic compact cameras being our choice for future classic compacts. Joshua Waller lets us know why these are models you should be looking at.

With fewer and fewer new compact cameras being released, we often have to look at the second-hand market to find compact cameras. Here we’ve been looking through some of the great compact digital cameras, and potential future classic compacts, that you should be looking at if you’re in the market for a great second-hand compact camera.

We’ve selected models that offer manual controls, as well as raw shooting support, plus additional advanced features, that make these great models to use especially if you’re looking to get the best out of these cameras. Some of these offer classic styling, as well as external controls, making them much more pleasant to use than your standard compact camera.

You’ll also find that buying from a UK retailer means you can often get a warranty to go with the used camera, whereas buying from other second-hand marketplaces such as eBay or Facebook, it’s unlikely you’ll get any warranty. Some of these models, despite their age, may also be available new, giving you the chance to buy one in mint condition.

Here are our choices for best second-hand classic compact cameras: 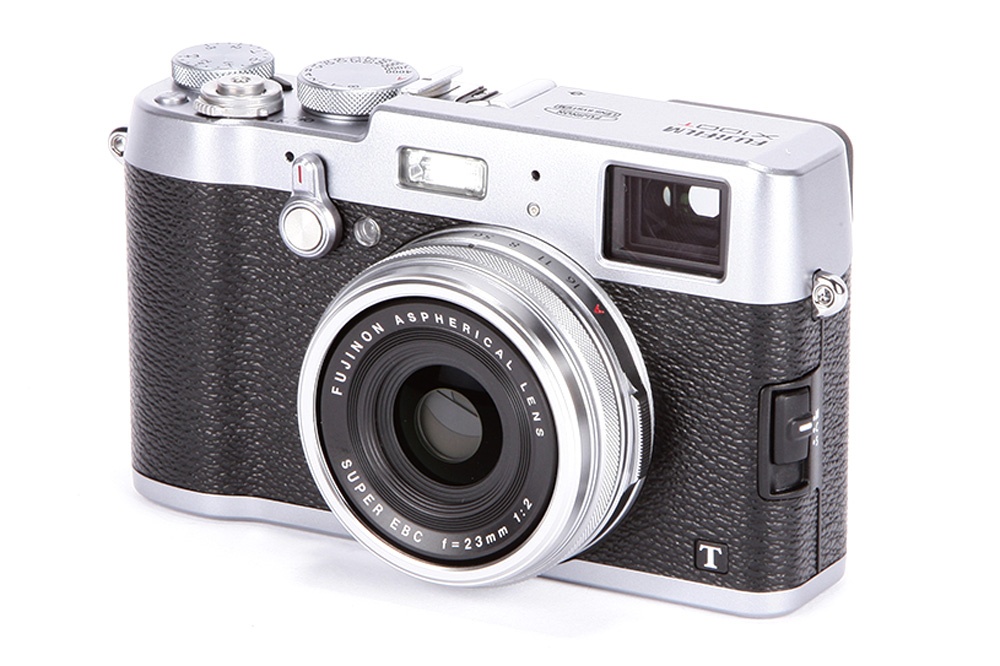 The Fujifilm X100 introduced in 2012 brought with it several things that people instantly loved, including the classic camera look of film cameras, a large optical viewfinder (with impressive hybrid EVF mode), manual controls and metal dials, as well as a large APS-C sensor, making it possible of giving DSLR quality whilst also fitting into a jacket pocket. 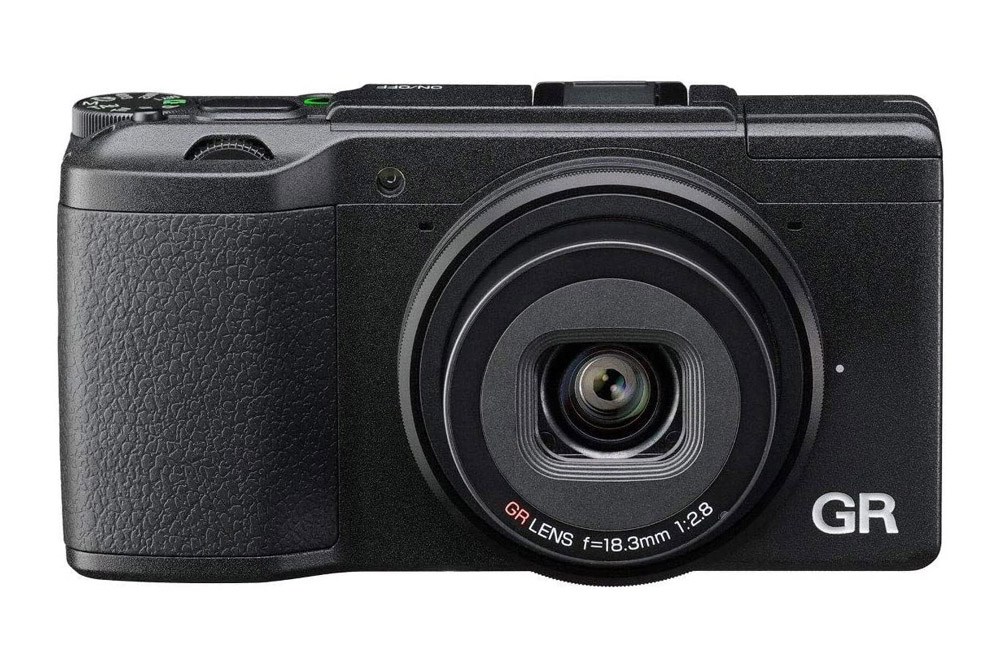 The Ricoh GR series is a range of compact cameras designed to hark back to the classic Ricoh GR 35mm film cameras, that were known for their compact size, and snapshot features, making them a great street and travel camera. Now the original Ricoh GR1 (and other) film camera costs the same as the digital version!

With the Ricoh GR, Ricoh introduced an APS-C sized sensor, in an impressively compact camera body, the 2nd version, the Ricoh GR II introduced in 2015, is available for around £539 second-hand.

The lens on the camera gives a 28mm equivalent, and has an f/2.8 aperture, and this delivers sharp, detailed images. With a wide-angle view and snap focus options, the camera makes a great choice for street photography, and the compact size means you can take it everywhere you go. With manual controls, raw support, and customisable, this makes a great compact for the advanced photographer. 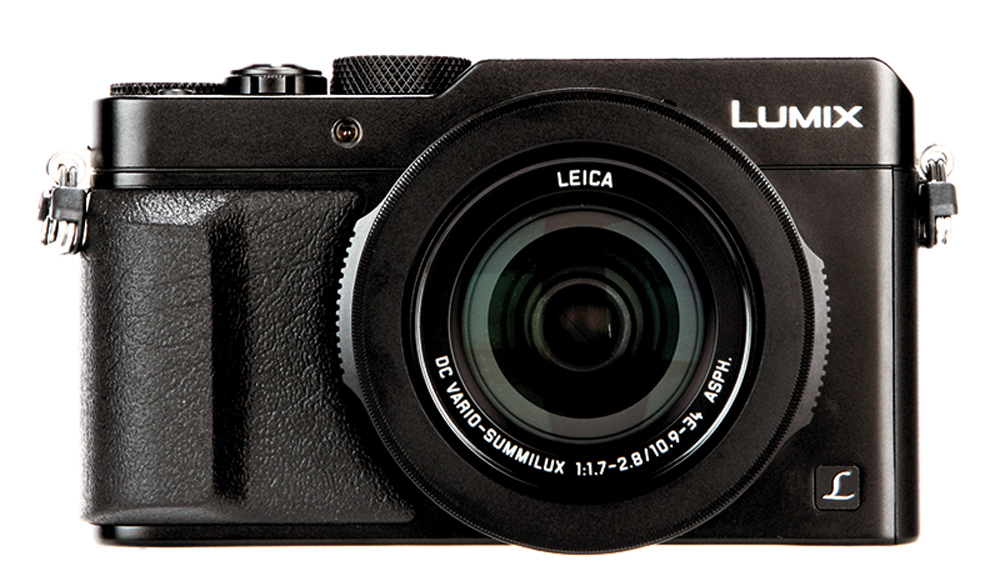 The Panasonic Lumix LX100 offers a fast zoom lens, and Four Thirds sensor, along with optical image stabilisation. What makes this camera stand out from many of the other compact cameras, is the level of external, manual control available, thanks to the inclusion of numerous switches and dials. You’ll find you can adjust the aperture, shutter speed, exposure compensation, aspect ratio and AF option without even switching the camera on.

The lens on the camera offers a 24-75mm equivalent, and with an f1.7-2.8 aperture gives this camera a brighter lens than most other large sensor cameras, and considering it has a zoom lens, this is all the more impressive. Even though the camera is now getting on in years, it still offers built-in Wi-Fi, and can record 4K video. 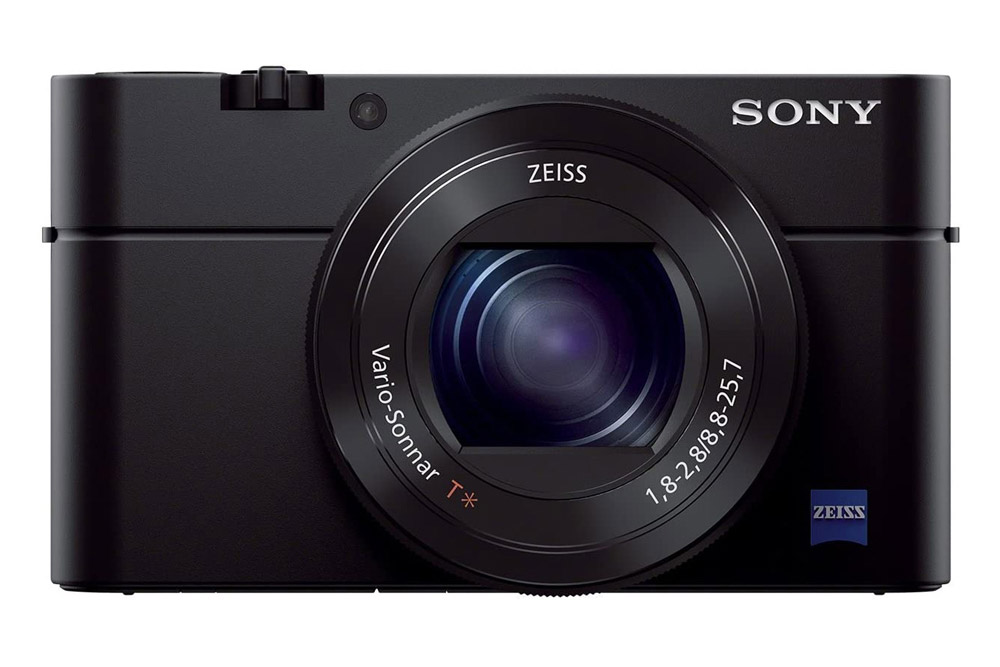 The Sony Cyber-shot RX100 series introduced a new compact camera, with a larger than normal 1inch 20MP sensor, and a bright zoom lens. In true Sony style, the technology packed into each camera has been impressive, and with no noticeable size increase, Sony were able to put a pop-up electronic viewfinder in the RX100 III model.

For value for money this is a real bargain. Expect to pay another £100 for each newer version, so the Mark IV is around £350+, V around £435+, all with the same 24-70mm equivalent lens. However, if you like easy to access external controls, then some may find the small buttons and controls on the RX100 series cameras quite small. 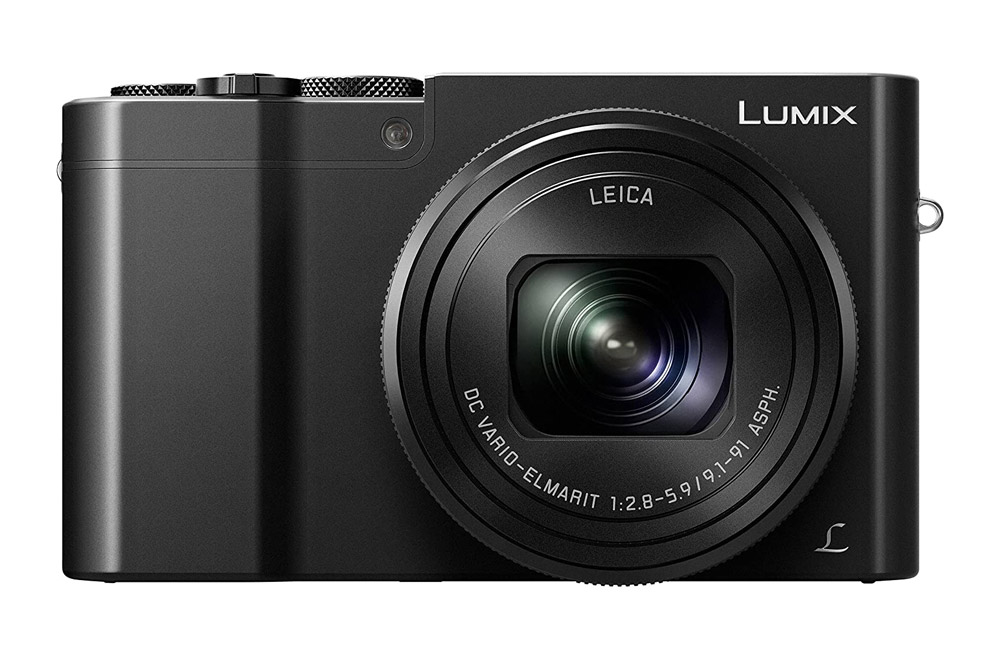 The Panasonic Lumix TZ100 features a 10x optical zoom lens, equivalent to 25-250mm, giving a useful wide-angle to telephoto range, with an aperture range from f2.8-5.9. Known as the ZS100 in some markets.

The TZ100 offers a hybrid optical / electronic 5-axis image stabilisation to help with longer shots or for when you’re shooting in low-light. You’ll find manual controls, as well as raw shooting available on the TZ100, and the Q.Menu button gives you quick access to settings.

It uses a 1inch sensor, and offers 4K video recording. With a relatively compact camera body, and a weight of 312g with battery and memory card it is easy to take with you wherever you go. 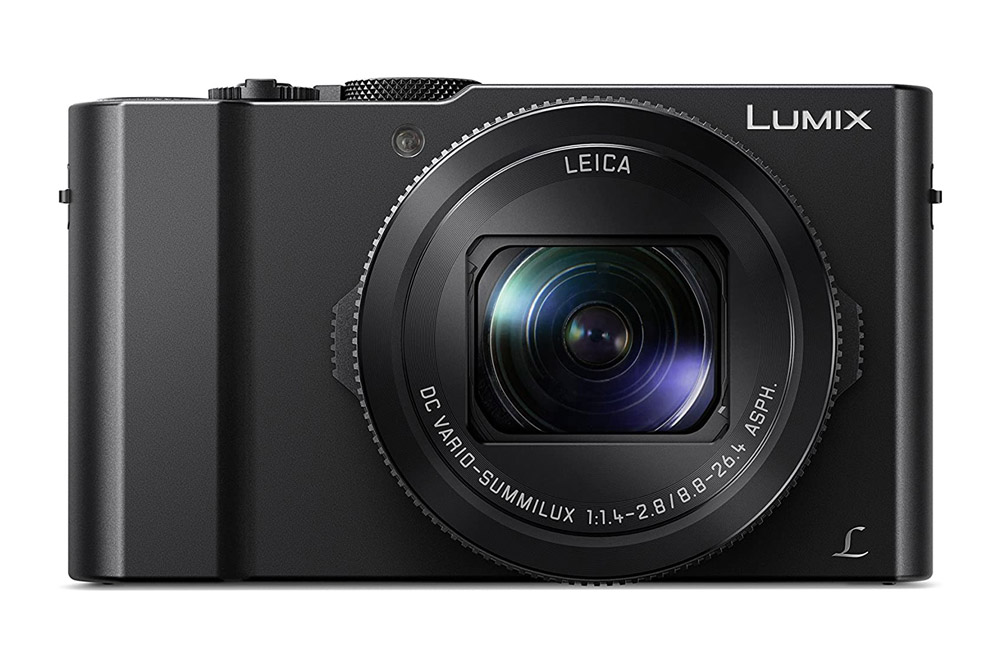 The Panasonic Lumix LX15 is a compact camera with a 20MP 1inch sensor, and features a brighter than normal 24-72mm equivalent, f/1.4 – 2.8 lens. It offers good macro performance, letting you focus on subjects just 3cm away. Known as the LX10 in other markets, it’s worth seeking out.

If you’re looking for both compact, and a bright zoom lens, then the LX15 is a good choice, thanks to 5-axis image stabilisation, 4K video recording and a 3inch tilting touch-screen. The screen can be tilted forwards for selfies and vlogging, and the camera has built-in Wi-Fi. 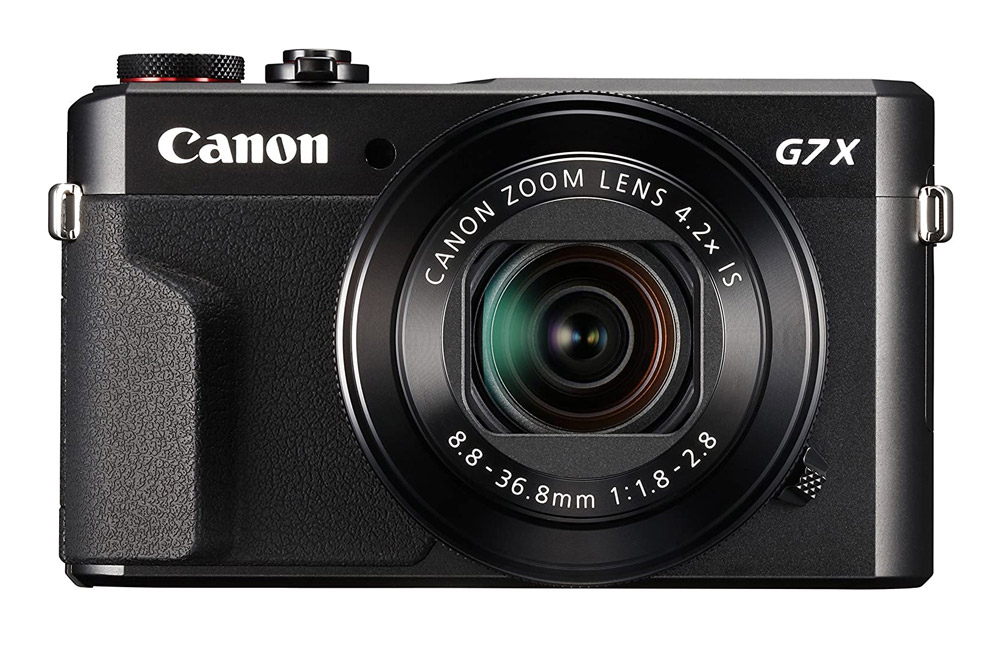 The reason you might want this over another compact, is that it remains compact, but offers additional reach compared to most, with a 4.2x optical zoom lens, that offers a 24-100mm equivalent zoom range, and an f1.8-2.8 aperture, whilst using a 1inch sensor.

You also benefit from Canon’s excellent colour reproduction, with great JPEGs straight from the camera. With logical controls and menus, along with a responsive touchscreen, this is a great point and shoot camera, with manual controls, and raw support. If you’re used to shooting with Canon cameras, then this makes a great pocketable option.

However, for those that want to record 4K video, this is not a good choice, as video is limited to FullHD video only. The screen can be tilted forwards, for selfies or for vlogging. 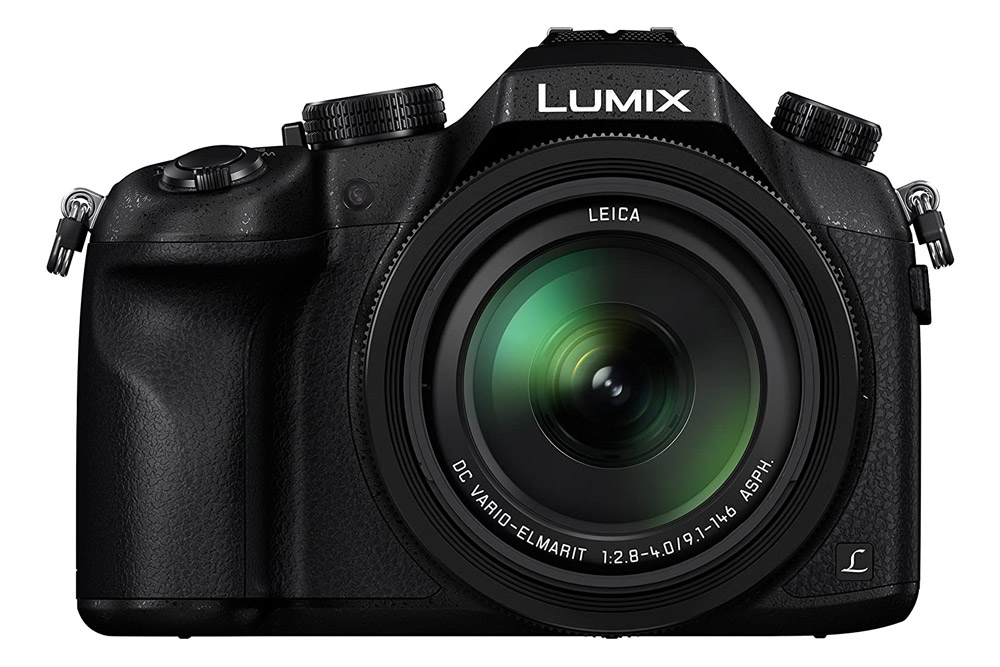 If you want optical zoom and a large sensor, then this is where you need to be looking, thanks to the 16x optical zoom lens, giving a 25 to 400mm equivalent. Optical image stabilisation helps keep shots steady, and the camera can shoot at 12fps in continuous shooting mode, which still remains relatively impressive, even today.

There’s 4K video recording, a built-in, high-resolution electronic viewfinder, and this makes the camera easier to use in sunny conditions.

The camera has an ergonomic design, with SLR-like styling, which helps make it more stable when using the camera and its long telephoto reach. 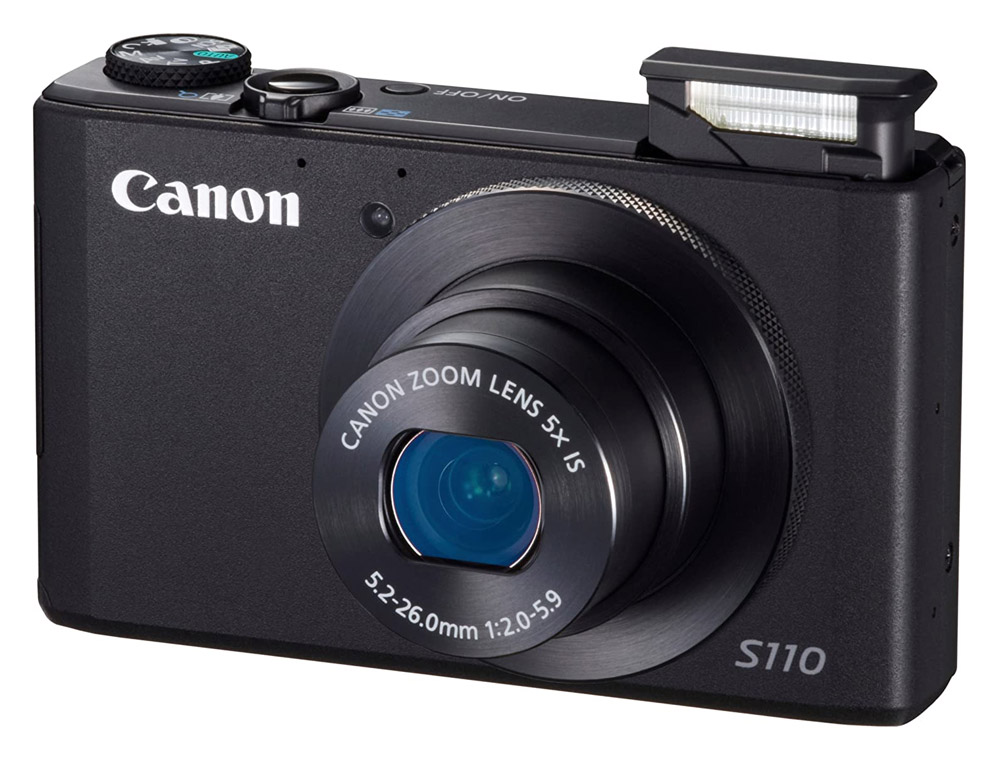 For those looking for something compact and pocketable, the Canon Powershot S110 is one of the most compact cameras available with full manual controls and raw shooting. It also features built-in Wi-Fi to make it easier to transfer images to a smartphone or tablet.

There’s a 5x optical zoom lens, which gives an impressive range of 24-120mm equivalent, and this includes an f/2.0 aperture at the wide end, as well as built-in optical image stabilisation (IS). This was the penultimate Canon Powershot S series camera, followed only by the S120. There’s a lens control ring to help make changing settings more easy, and with a small camera body, it’s worth using a wrist strap.

Make sure you buy from a dealer with a warranty, as reports online suggest that the lens can jam if not looked after. However, something to keep in mind is that the S110 can prove hard to find, so another option is the older model, the S100, or the newer model, the S120 (although be aware that prices may vary). 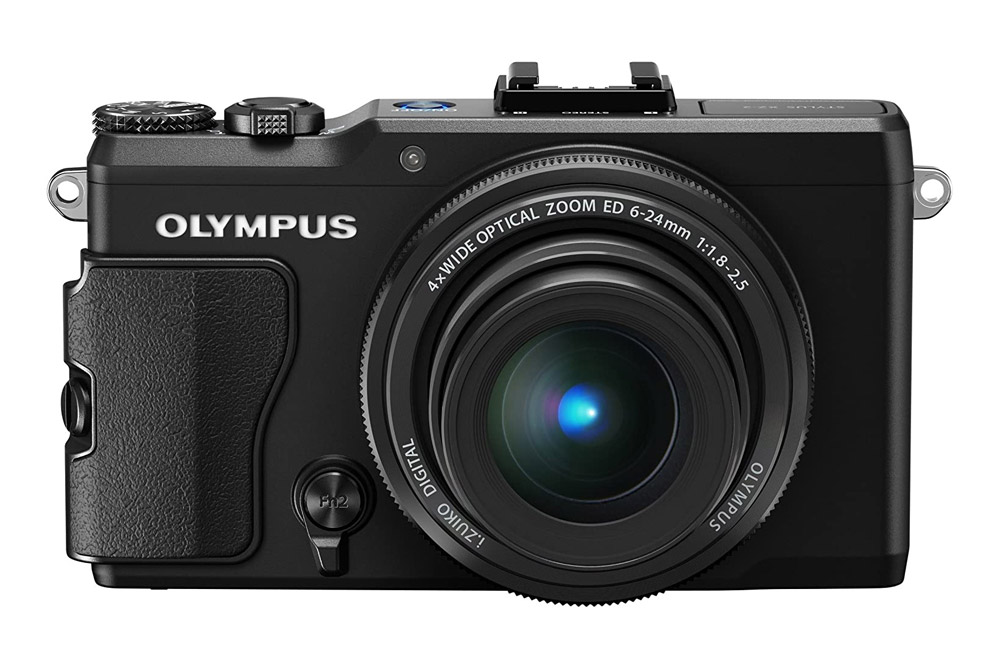 Harder to find is the Olympus XZ-2, probably one of the rarest cameras on this list. However, it can still be found on eBay for as low as £120.

The camera has a nice f/1.8-2.5 4x optical zoom lens, and gives images with Olympus’ pleasing colours, as well as impressive macro performance. You also get a built-in pop-up flash, and flash hot-shoe should you need it. There’s a 3inch tilting touch-screen, and a 12MP BSI CMOS sensor.

It’s been called an “underrated gem” by owners of the camera, and offers good handling for a compact camera, with a detachable grip. However, the lack of built-in Wi-Fi could be a deal-breaker for some. 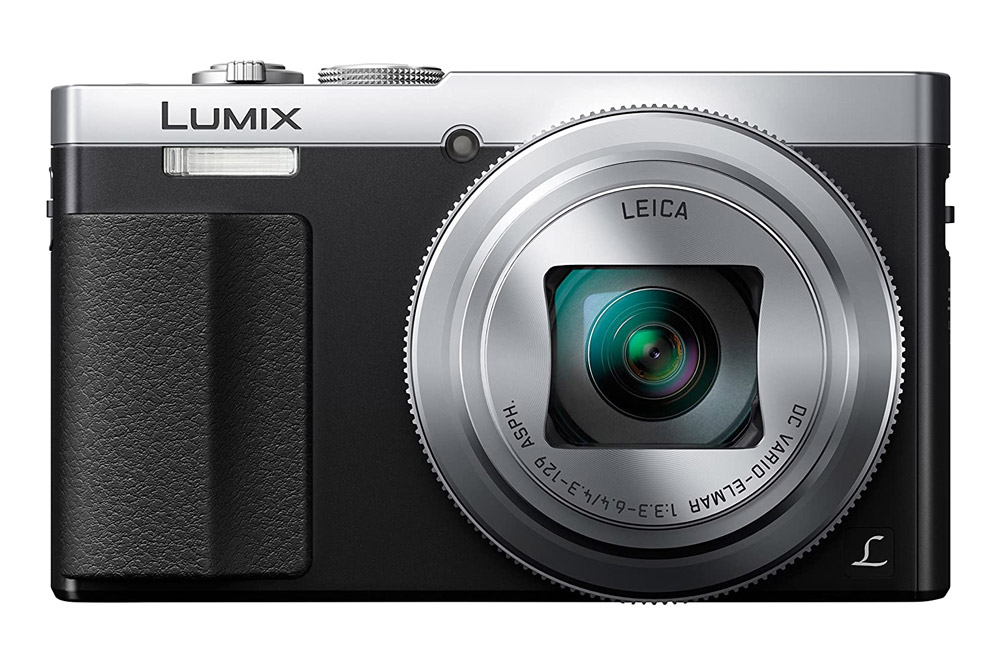 12-megapixels for a compact camera was considered a bit of a “sweet spot” as it offered reasonable noise performance for the time, and the TZ70 is a prime example.

The Panasonic Lumix TZ70 offers an impressive 30x optical zoom lens, giving you a 24-720mm equivalent zoom range! Even with this zoom range, you can still fit it in a pocket, making this a great camera to take with you on walks, without having to worry about it.

This is also a bargain of a camera, as you can buy them new for around £219, this means second-hand prices have to be low to compete. You can pick up the camera for around £100, but they tend to sell quite quickly. You’ll also find versions available in all black or silver and black. 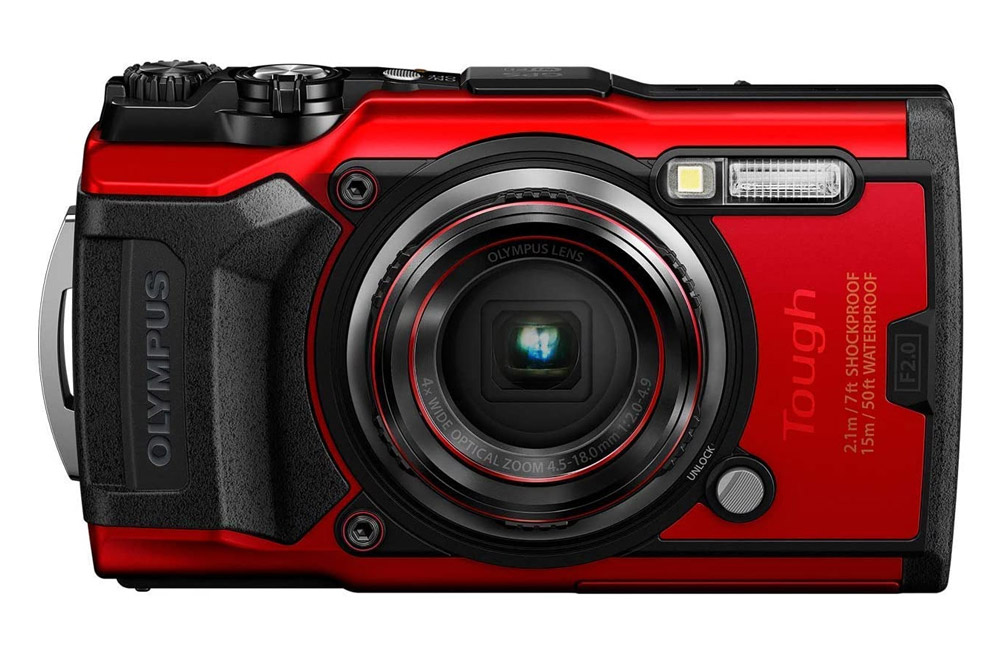 It’s likely that you might struggle to find one of these on UK retailers used lists, and may need to look to eBay to find a used camera, but it’s worth seeking out an Olympus Tough TG-6 (or TG-5) if you want one of the best waterproof tough compact cameras released. The TG-6 is waterproof to 15m, shockproof against drops, crushproof, and freezeproof. It would also make a great choice if you want a camera for adventures, or adventurous kids.

We did find a Olympus Tough TG-6 for £399 new from Cambrian Photo, although it’s fair to assume it will sell out fast, as only the red version has sold out and only the black version is in stock.

Retailers to have a look at to find these cameras:

You’ll find even more bargains in our buying guides, or in our second-hand section.