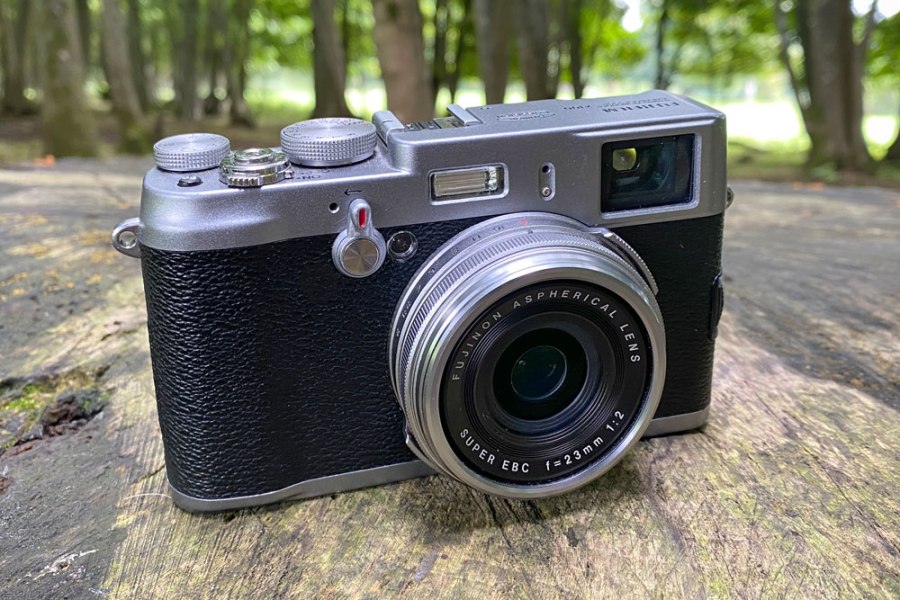 Why do fixed lens cameras – those with non-removable, non-zoom lenses – continue to be popular and often cost more, despite offering less? Nigel Atherton looks for the benefits and compares two award-winning examples.

Of the five cameras chosen by the public for MPB’s Hall of Fame 2022 this year two – the original Fujifilm X100 and the Leica Q2 – are fixed lens cameras. That’s 40% of them. Which is odd, because significantly less than 40% of cameras sold these days have fixed lenses. I’d be surprised if it’s even 4% – unless you count phones, of course, then the figure rises to more like 94%.

But we’re taking here about proper cameras, not phones. Cameras with big sensors, knobs, dials and viewfinders. Not only are the lenses non-removeable they don’t even zoom. But despite the limitations imposed by being unable to change the lenses there’s something about the alure of these cameras that gives them a cult following. What is MPB’s Hall of Fame if not an endorsement that these cameras are cool and desirable?

Being cool is great but if you want a camera to actually use rather than wear then it needs to offer more than styling.

The elderly Fujifilm X100 and 2019’s Leica Q2 both sit at opposite ends of the used price scale but they are superficially similar in concept and target audience, and both offer plenty of appeal to the discerning photographer.

Firstly they both offer a traditional shooting experience, with shutter speed dials, aperture rings, smooth and fast manual focusing. The X100 comes with a 35mm equivalent f/2 lens, while the Q2 sports a 28mm f/1.7. 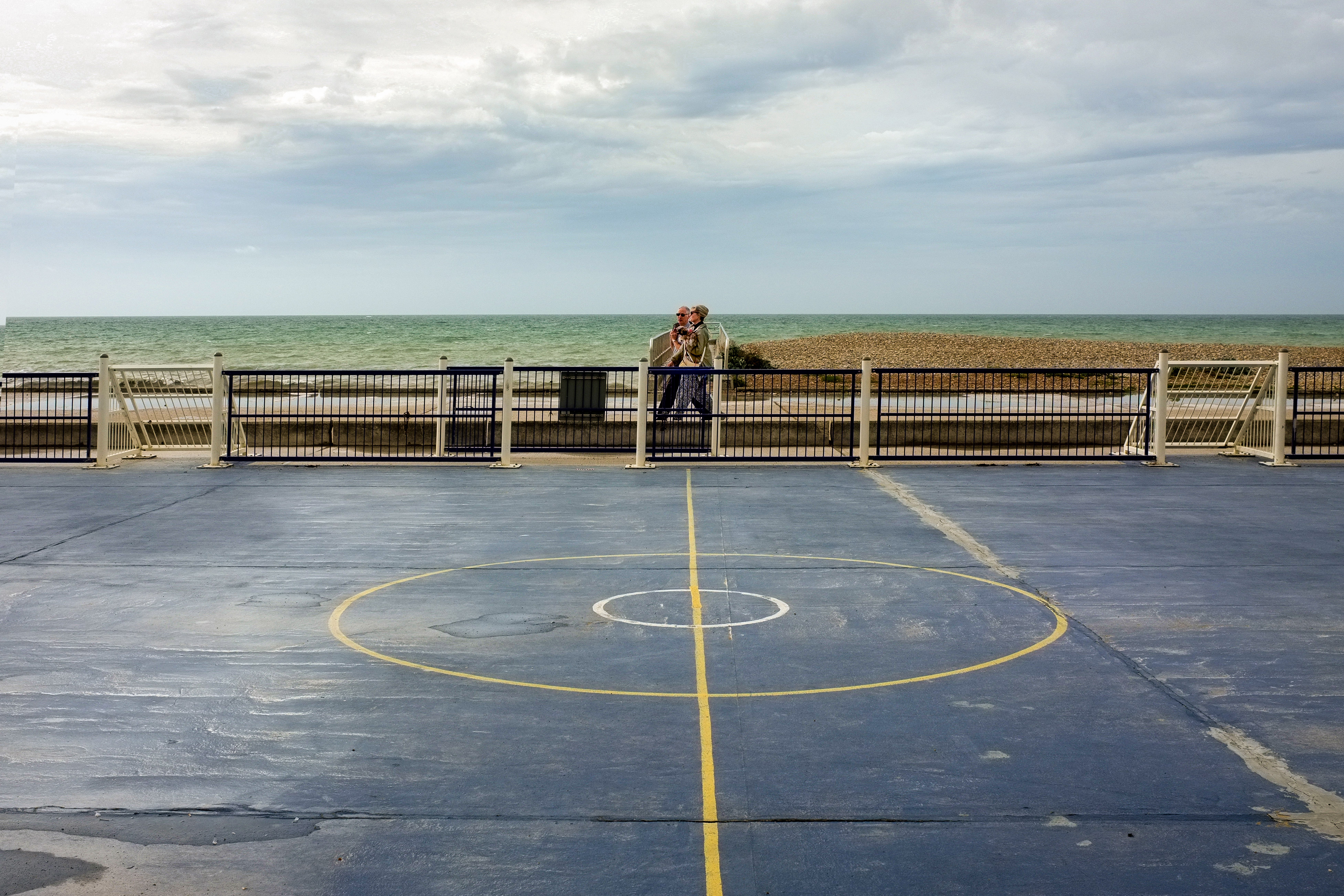 They’re both outstanding optics – it’s easier to make a great lens when it only has to be good at one focal length – but I confess that the idea of a camera that can only shoot at a single focal length has always given me FOMO (Fear of Missing Out).

What if I miss a potentially great shot because I didn’t have the right lens? What if I see Beyonce outside Tesco’s and I haven’t got my 200mm lens? Or the England ladies football team are in the pub and ask me for a group photo and I don’t have my wide-angle? Better to have and not need, than need and not have – that’s my motto. As a result, I’m always left with a nagging sense of anxiety if ever I decide to travel light. 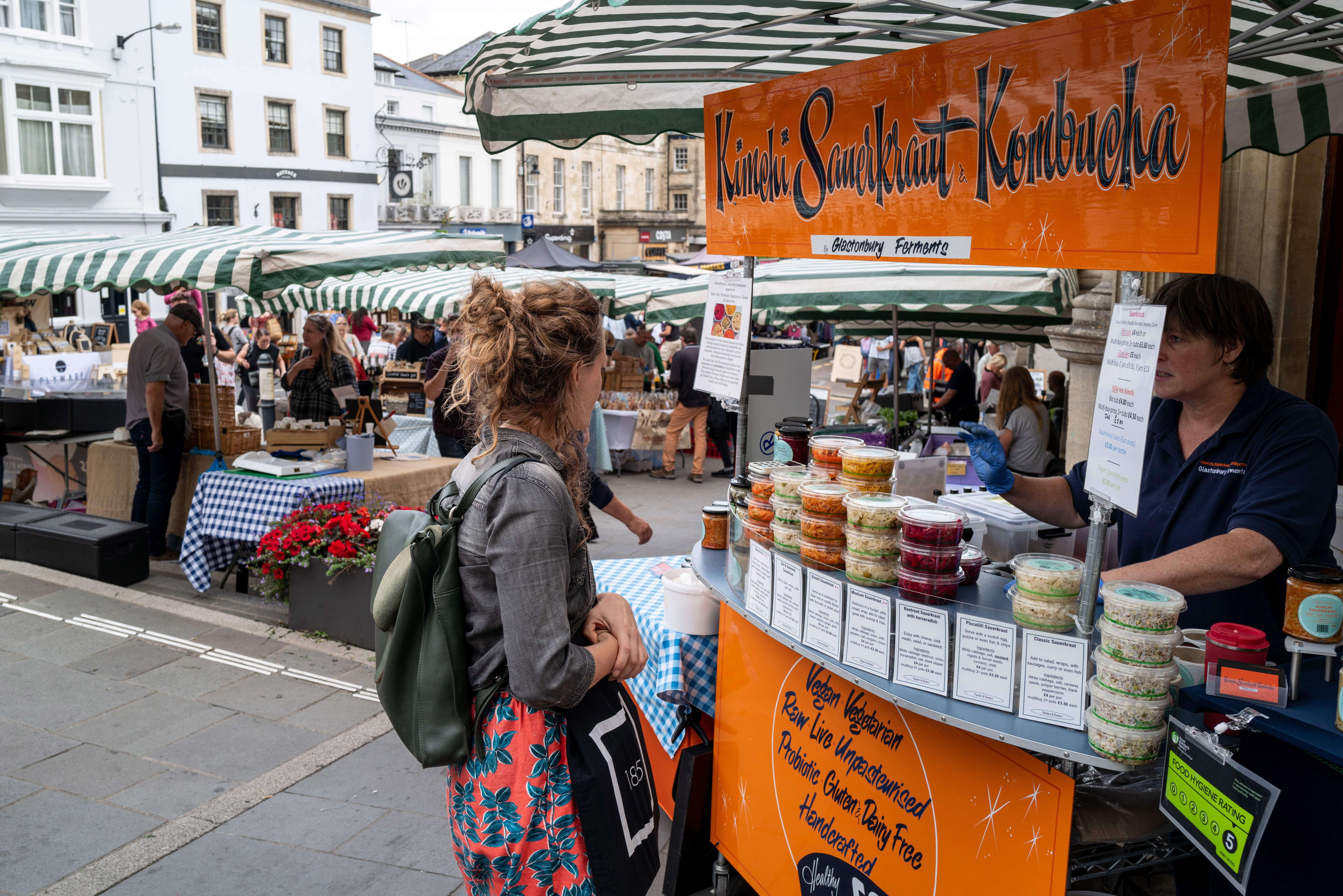 But the entire ethos of these cameras is based upon travelling light. Leaving the kit bag at home and enjoying the freedom of spontaneity and, to a greater extent, invisibility. Not to mention freedom from an aching shoulder, or ever having to get your sensor cleaned.

So, do these benefits outweigh the advantages of a larger camera with a decent zoom lens?

To find out, I borrowed both cameras from MPB and carried them around with me, including a visit to Notting Hill carnival. Would I feel liberated or restricted by the fixed lenses?

The truth is there were times at the carnival where it would have been great to have been able to zoom in on a dancer, or a single face up on one of the floats, but for every shot like that that I missed there were plenty of other shots that presented themselves because I could get in amongst the crowd with a small, discreet and non-intimidating camera, rather than signposting my presence. 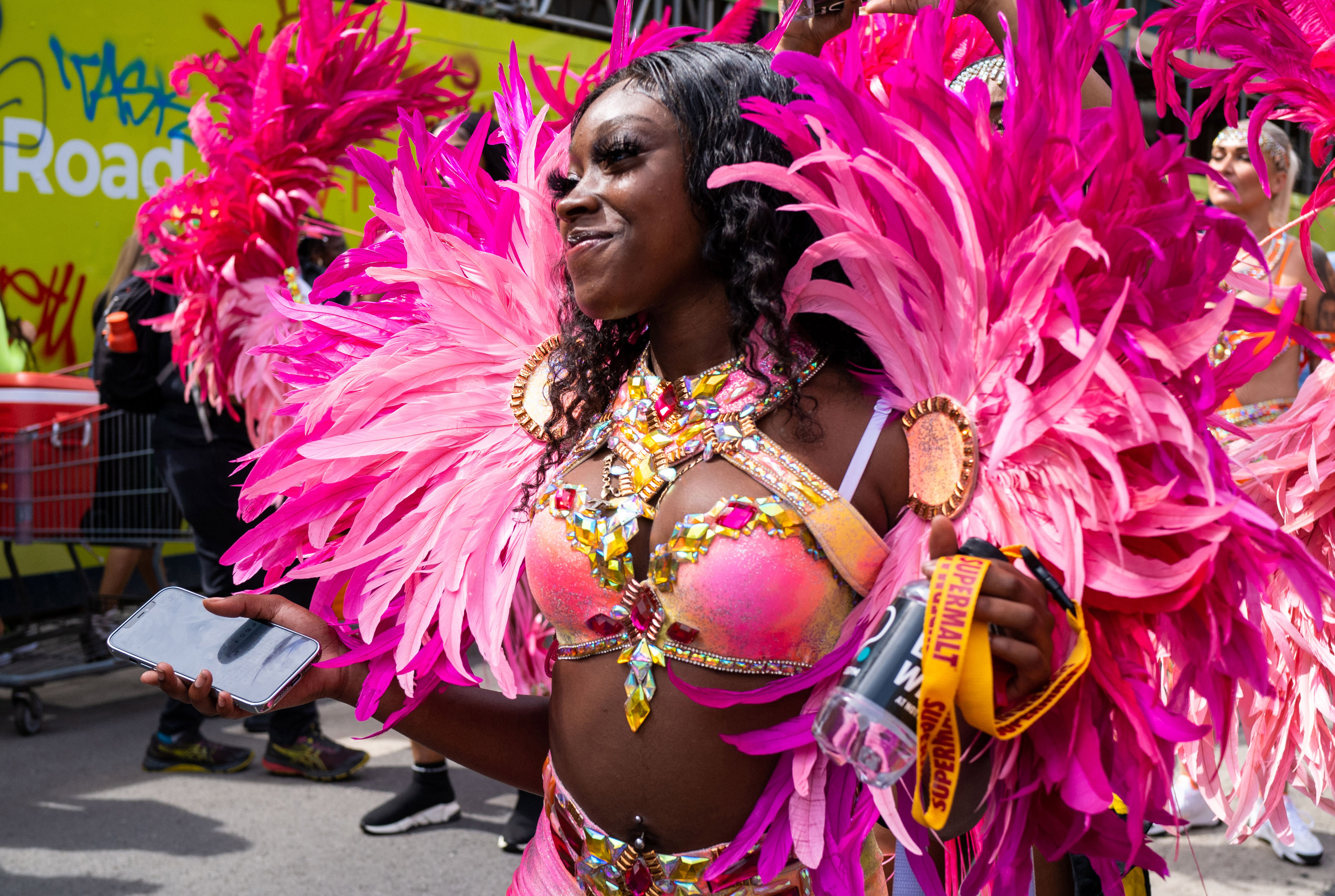 Overall, there was something liberating about only having one focal length. You can concentrate on getting good shots with what you have rather than a part of your brain constantly thinking about the lenses you’re carrying around in your bag that you haven’t used yet. (Or is that just me?).

Or looking at every scene and thinking “would this be better with this lens or that one”, simply because you happen to have both.  Sometimes too many options can get in the way. Choice paralysis is real – ask anyone who has ever been to a restaurant with me. 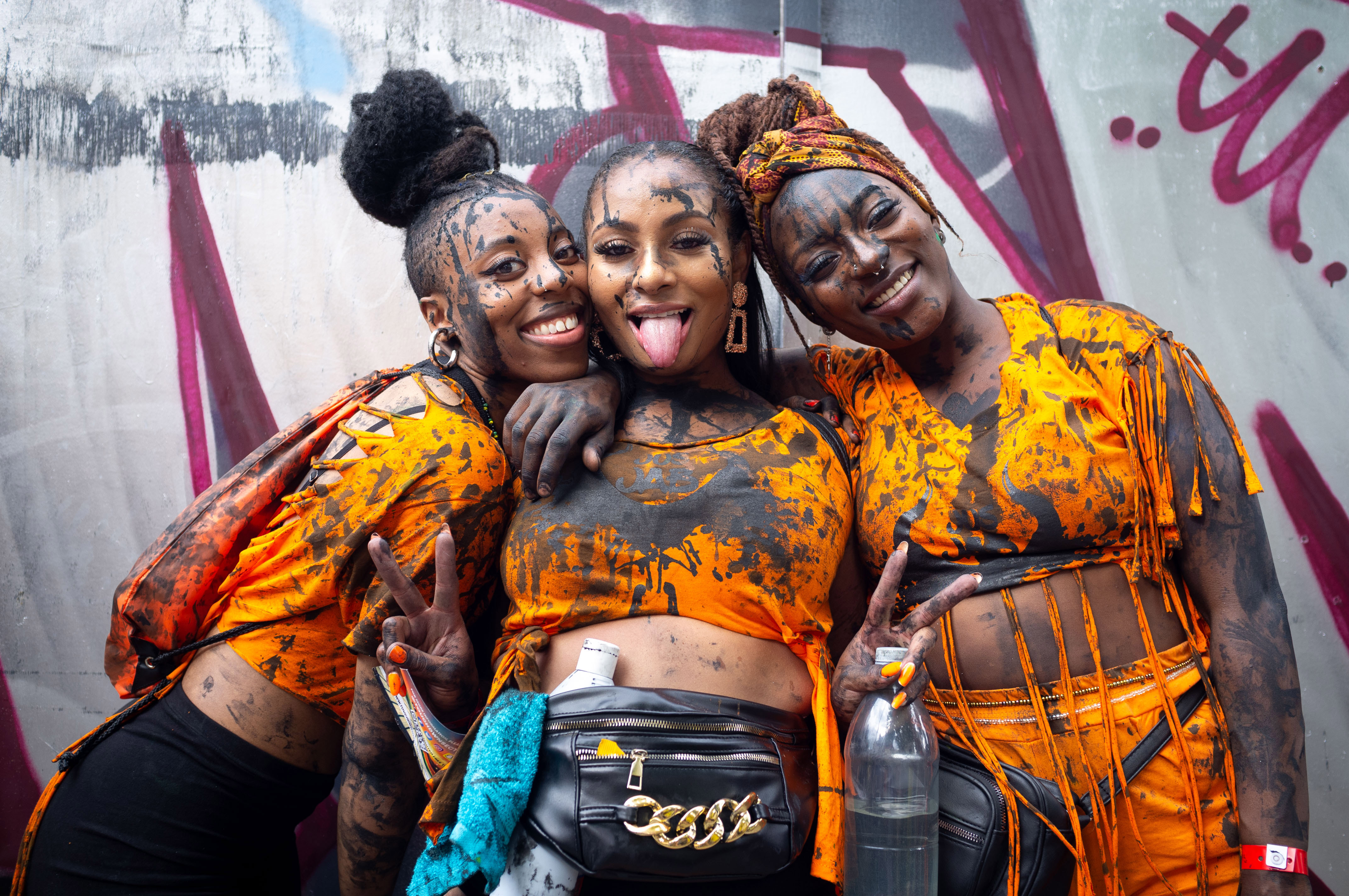 I really enjoyed my time using these cameras. They are no substitute for my mirrorless system, especially for portraiture, but as an always with you walkabout camera they’re significantly more enjoyable to carry around, and a lot more engaging to use than that other always-with-you camera – your phone. And when it comes to image quality there is no comparison.

The two fixed lens cameras in question sit at opposite ends of the used price scale. Not that the Fujifilm X100 was by any means a cheap camera when it came out in 2010, but it’s now 12 years old. Almost a teenager. 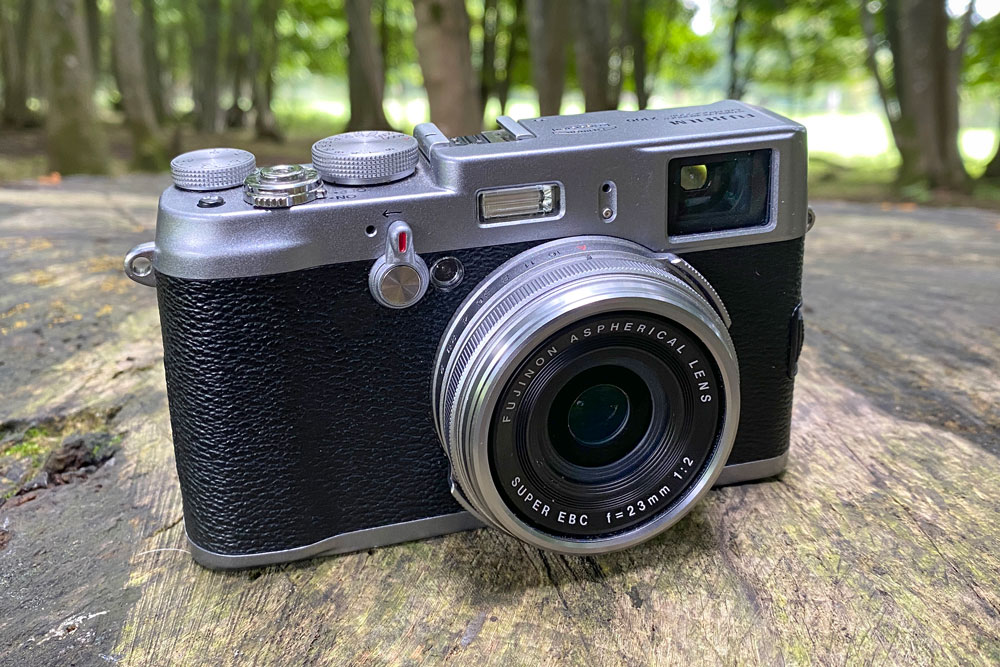 The Fujifilm X100, a fixed lens camera, still looks good to this day, thanks to classic styling.

Which means that you can pick one up for little over £400. For that you get a camera with a lovely 35mm equivalent f/2 lens, and a 12.3MP sensor which may no longer quite cut the mustard in modern company but still delivers great quality images.

But let’s face it, that isn’t why you’d buy one. The retro styling, the old school knobs and dials – with one of these round your neck you’ll look like you actually know what you’re doing. Not like those ‘all the gear but no idea’ merchants. 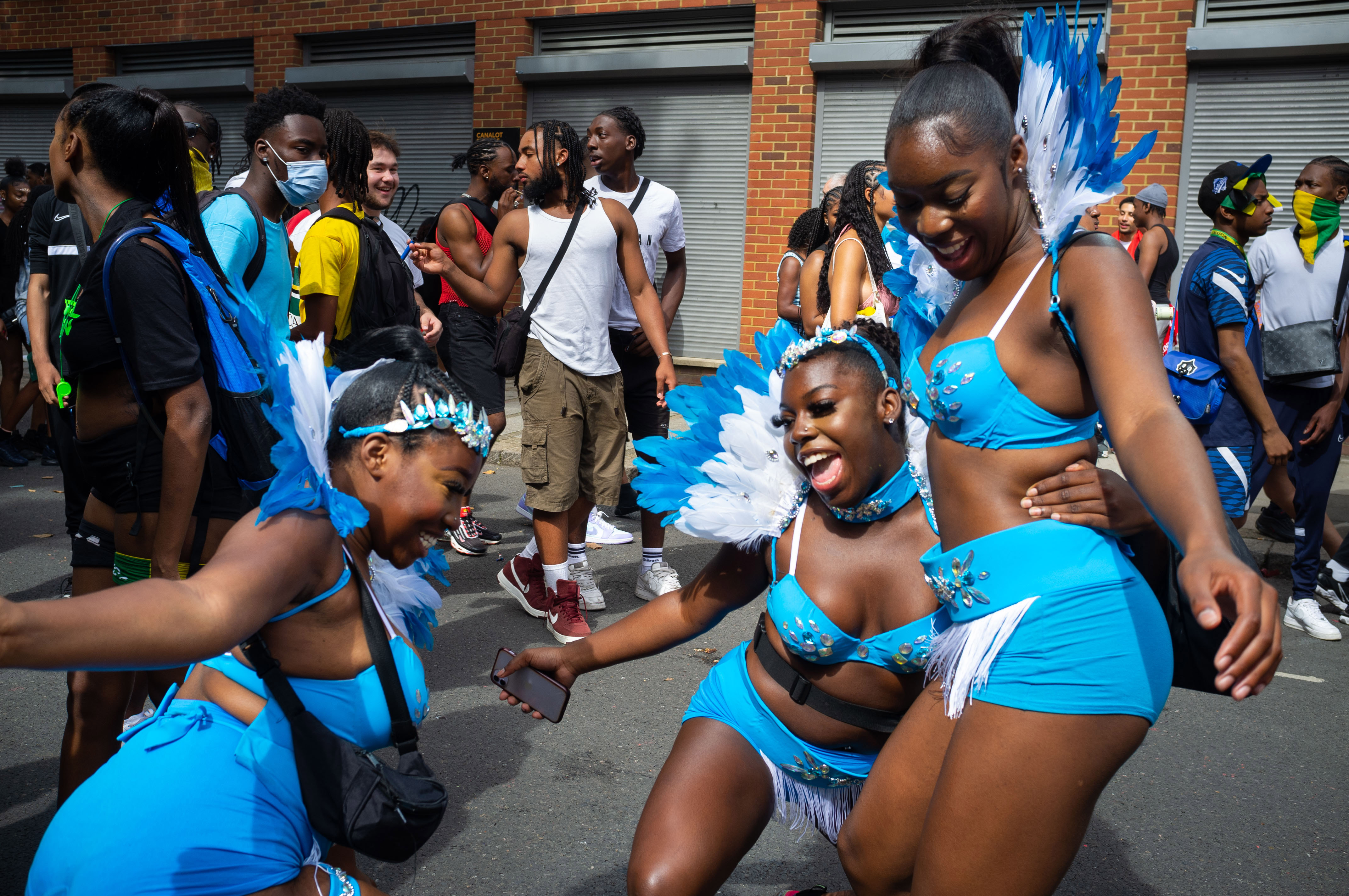 The casual observer may even think you’re using a film camera, so you get extra cool points for that.

And while the original X100 has spawned almost as many sequels as The Fast and the Furious, they all look superficially identical to the untrained eye, so nobody will know you’ve got the cheap one. 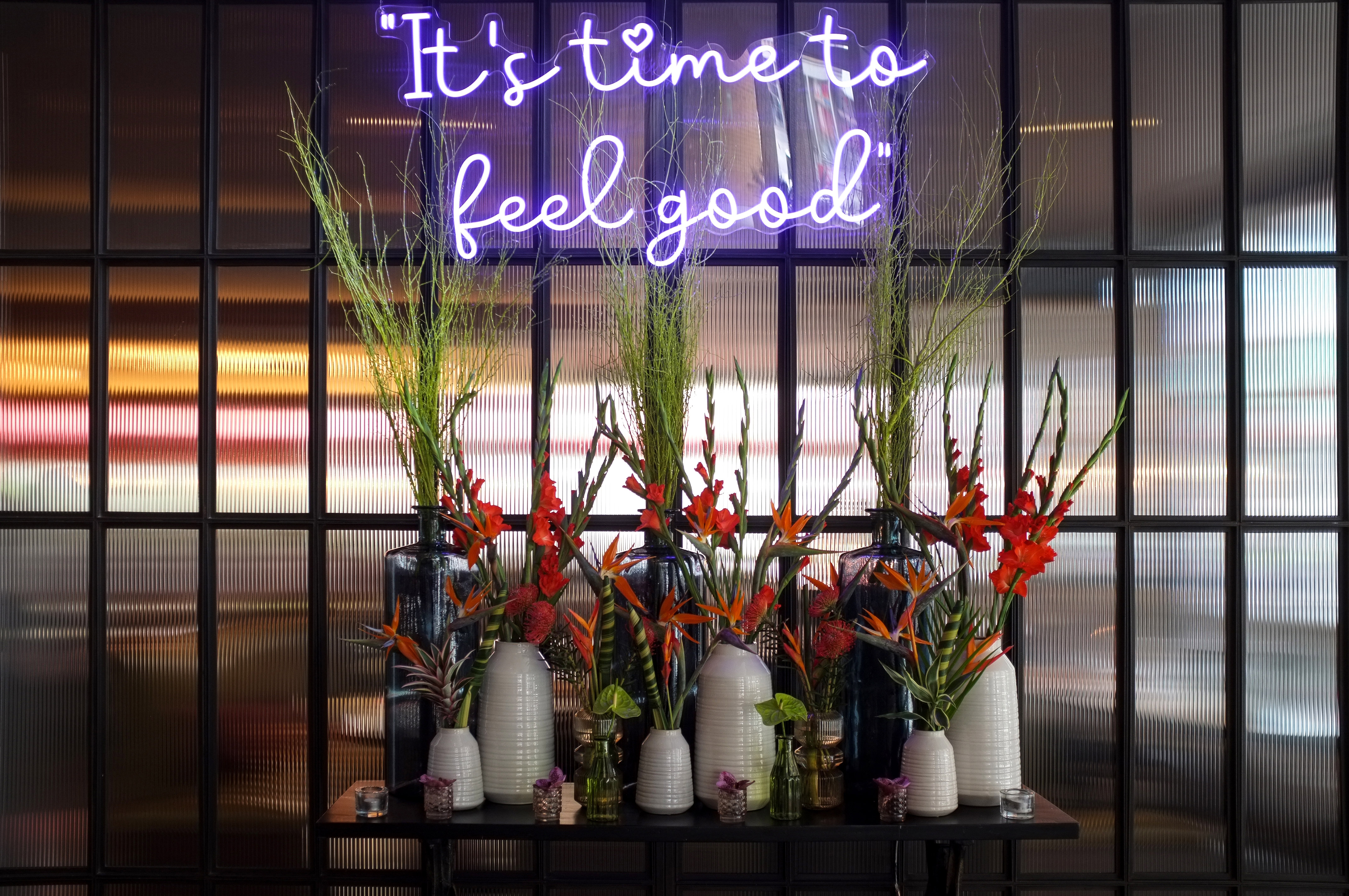 Of course, if you’ve got the money, it’s worth knowing that each successive model of the X100 significantly improves on its predecessor, albeit with a corresponding leap in cost. (The Fujifilm X100T hits a nice sweet spot).

Simply go for the most recent version you can afford. But if the original X100 is all you can afford, then take heart from the fact that it has still managed to win almost every award going and, as its Hall of Fame entry shows, is still winning them.

On the other hand, if you’re find yourself with a pot of cash to spend – perhaps you’re one of the few beneficiaries of the Chancellor’s mini-budget – then you would struggle to find a better fixed lens camera than the X100’s Fellow Hall of Fame inductee the Leica Q2. 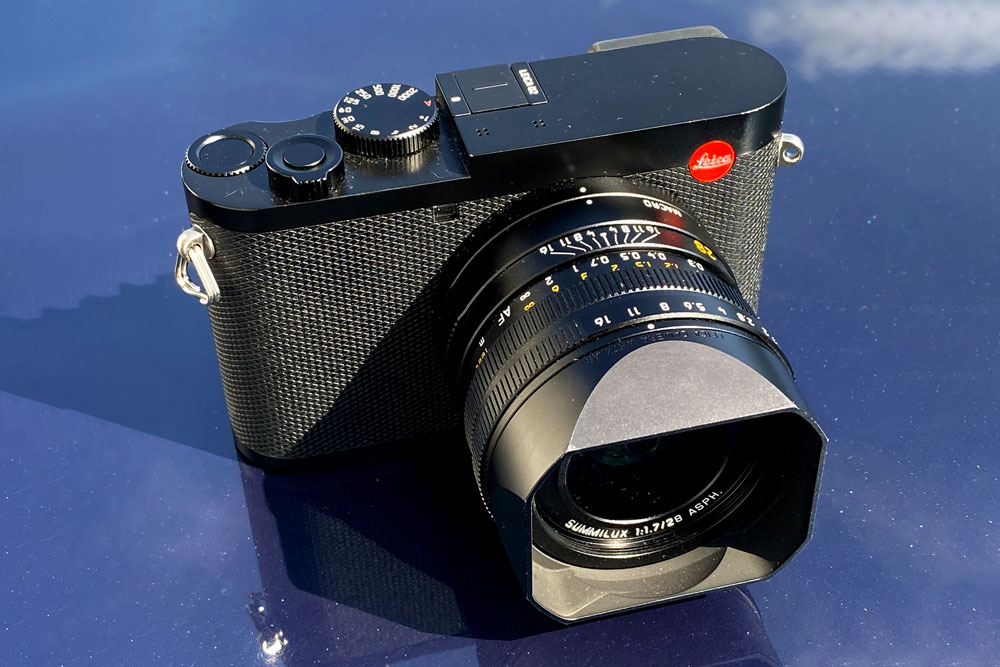 At MPB the Q2 is, in fact, almost the same price as the X100 – the number just has an extra zero on the end. But for £4200 you get an absolutely exquisite camera. Beautiful to look at, to hold, and to use.

The big difference over the X100 is that the Q2 is full-frame. The 28mm f/1.7 wide-angle lens is fine for street photography and general views but not ideal for portraits, nature or any other genre where a longer focal length is desirable. 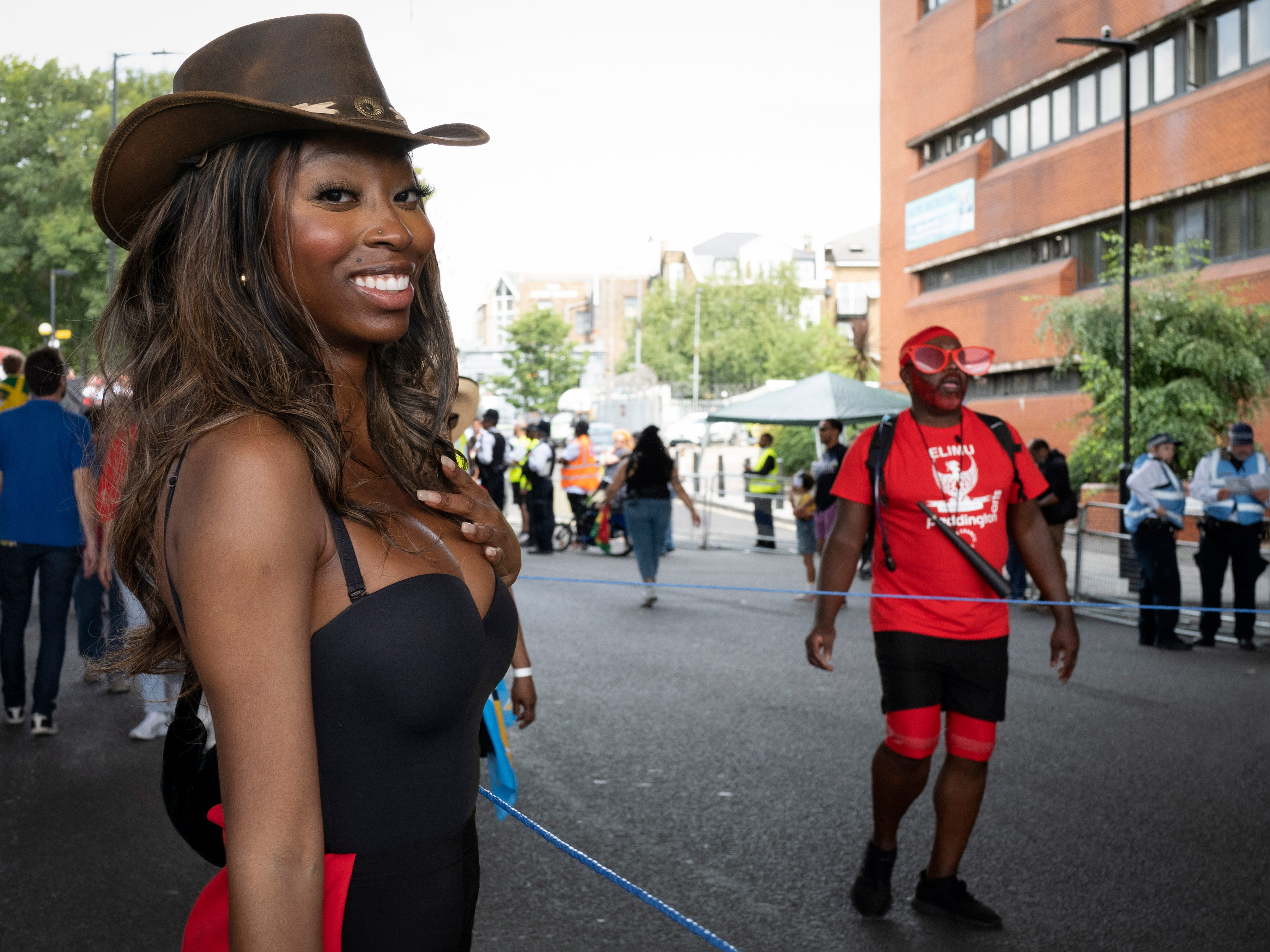 Fortunately, it has a digital zoom that jumps in steps to 35mm, 50mm and 75mm with successive prods of the button, and a high resolution 47MP sensor that makes such cropped frames still mostly usable – although you won’t want to be printing billboards with the 7MP images you get at 75mm. 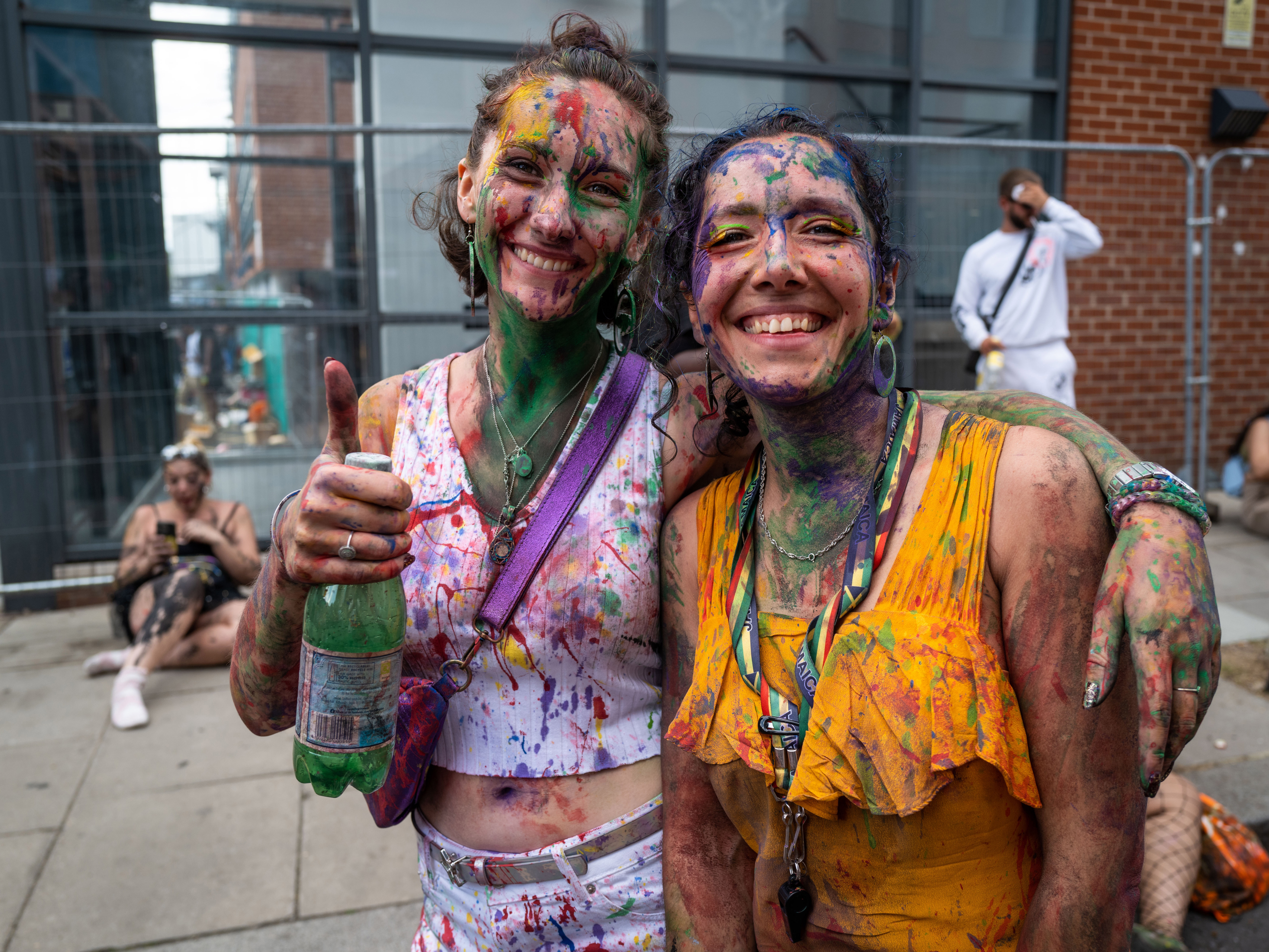 When you use the zoom the EVF and screen don’t zoom with it – you just get successively smaller crop indicator marks. This may sound annoying but for street photography it’s great because it lets you see what’s outside the frame so that you can anticipate the moment. I also love the fact that the digital zoom only crops the jpeg so if you shoot raw too, you still have the uncropped version should you change your mind later – which I did a few times.

There is little doubt that the Q2 is expensive, but I can’t emphasise enough how lovely it is.

Nigel studied photography at Plymouth College of Art & Design and the University of Westminster and worked as a professional photographer for ten years before joining Amateur Photographer magazine in 1994. He was appointed editor of What Digital Camera in 2002, and Editor of Amateur Photographer in 2013. He has also written and edited several books on photography. His personal website is at www.nigelatherton.com