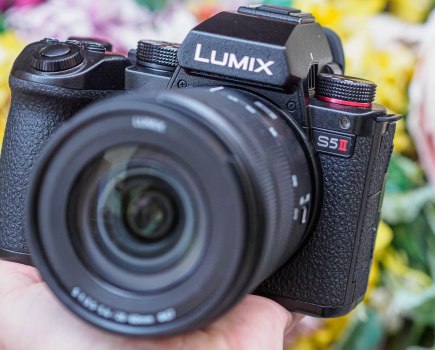 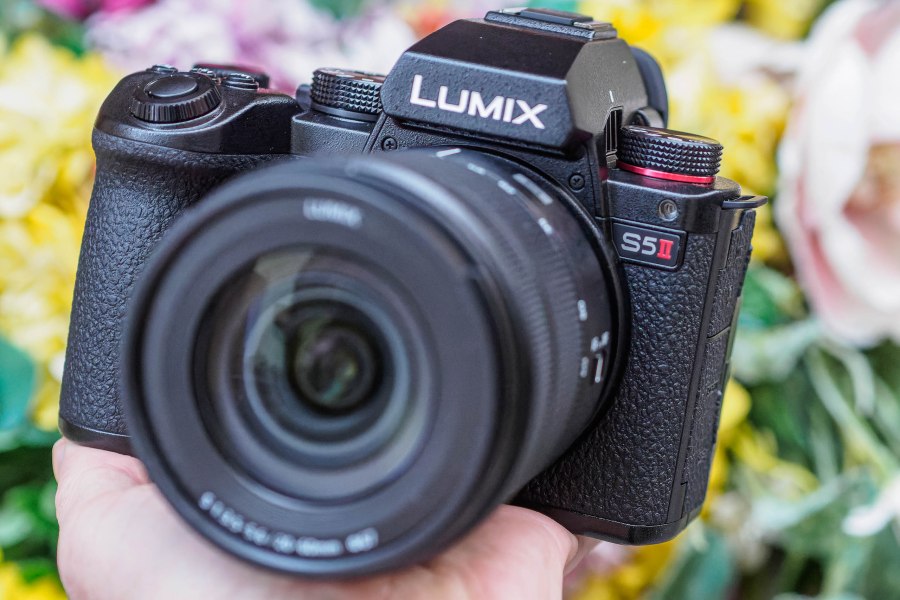 Panasonic Lumix S5II at a glance:

The new Panasonic Lumix S5 II is a full-frame mirrorless camera that’s aimed at enthusiast photographers and videographers. It’s an update to the two-year-old Lumix S5, which features a 24MP sensor in a compact body and a strong feature set, especially in terms of video. The S5 is a likeable camera that handles well and delivers fine results, but is somewhat held back by its use of Panasonic’s proprietary Depth from Defocus (DFD) autofocus system, which can’t match its competitors for continuous AF or smooth focus transitions during video recording. 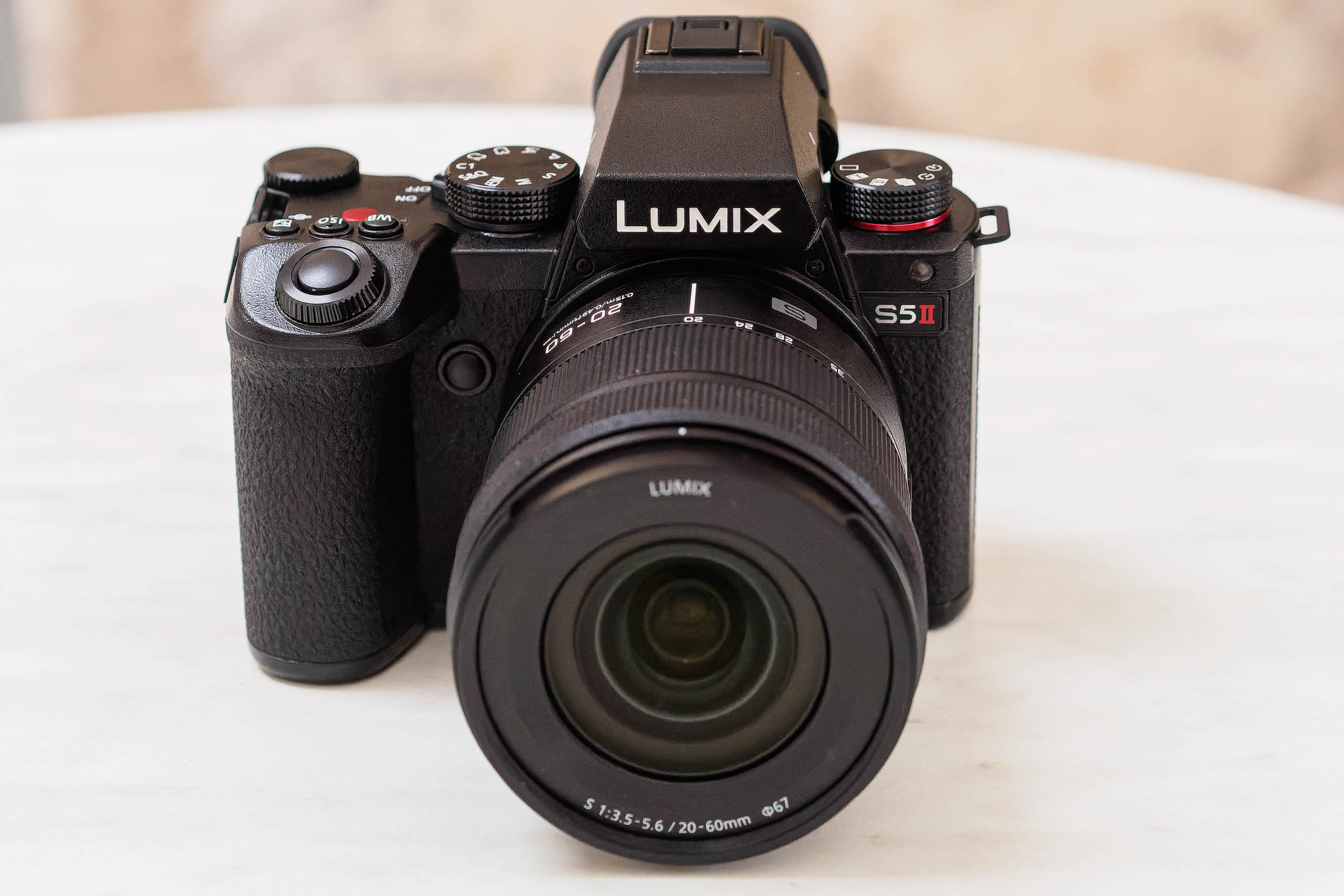 Now the firm has relented to pressure from users and reviewers alike, with the S5 II finally gaining phase detection autofocus. It’s difficult to overstate how important this is for Panasonic users.

While PDAF is clearly the headline news, the S5II gains a number of other updates and improvement. Perhaps the most interesting, in technical terms, is the addition of a cooling fan above the sensor, with vents on either side of the viewfinder housing. This allows the camera to support unlimited video recording times (or at least, limited only by card space or battery power), without needing a bulky fan unit on the back like the Lumix S1H and Lumix GH6. 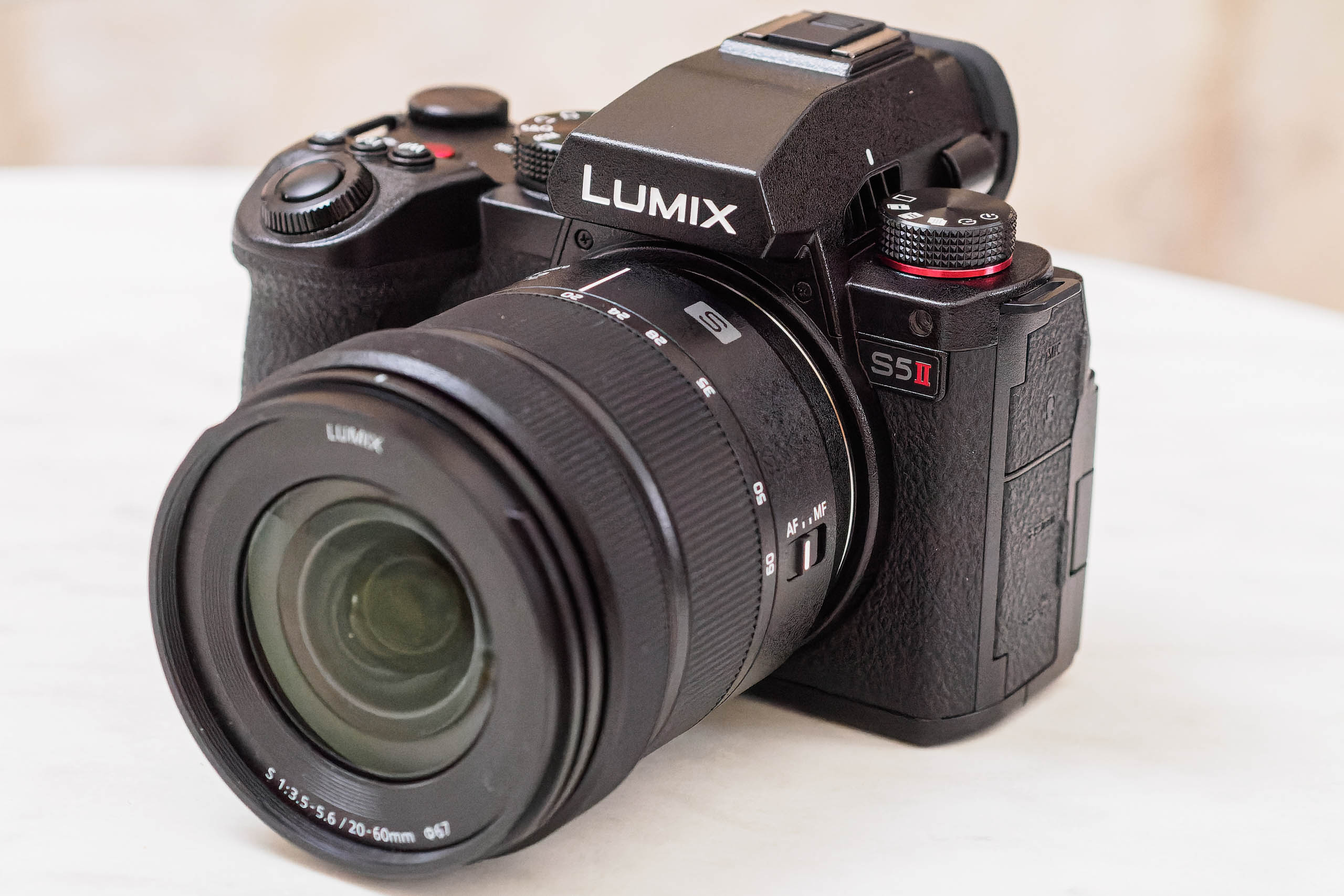 In this view, you can clearly see one of the S5II’s fan vents beside the drive mode dial. There’s another on the other side. Image credit: Andy Westlake

Slightly disconcertingly, you can see all the way through the camera from one side to the other, but despite this, Panasonic says the body is still dust and splash resistant. It’s a touch larger and heavier than the original S5 though, at 134.3 x 102.3 x 90.1 mm and 740g, so don’t expect the same accessories such as cages to still fit. 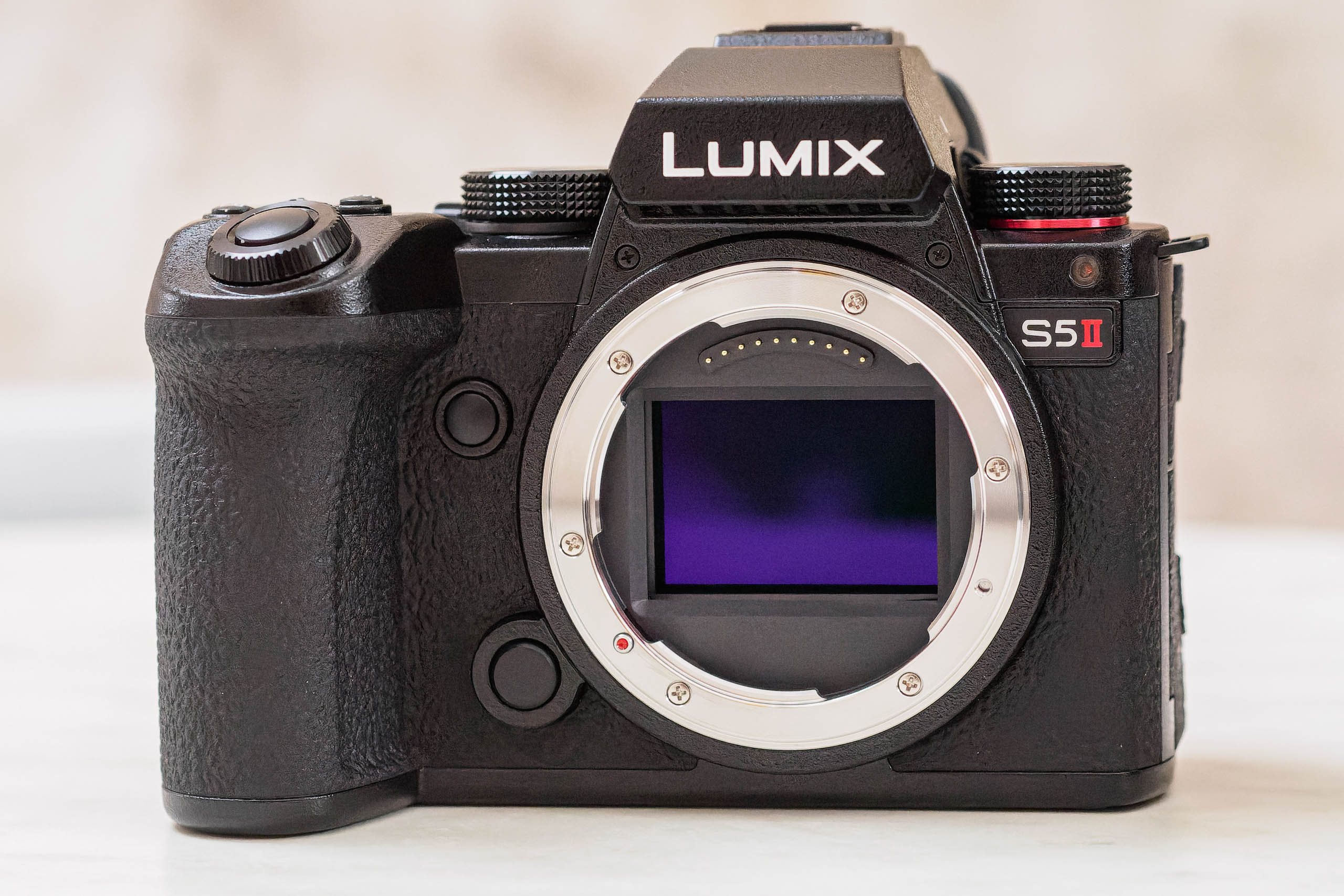 While the S5II’s full-frame sensor has the same 24MP resolution as the S5’s, it now include phase detection elements for autofocus. Image credit: Andy Westlake

Like its predecessor, the S5II is based around a 24MP full-frame sensor, which provides a standard sensitivity range of ISO 100-51,200, and with extended settings covering ISO 50-204,800. The sensor isn’t exactly the same as before, of course, as it now includes phase detection elements for autofocus. It’s paired with a new imaging engine that the firm says has been ‘developed within the L2 Technology partnership formed by LEICA and LUMIX‘, which certainly hints at the prospect of a Leica SL-series camera with PDAF. 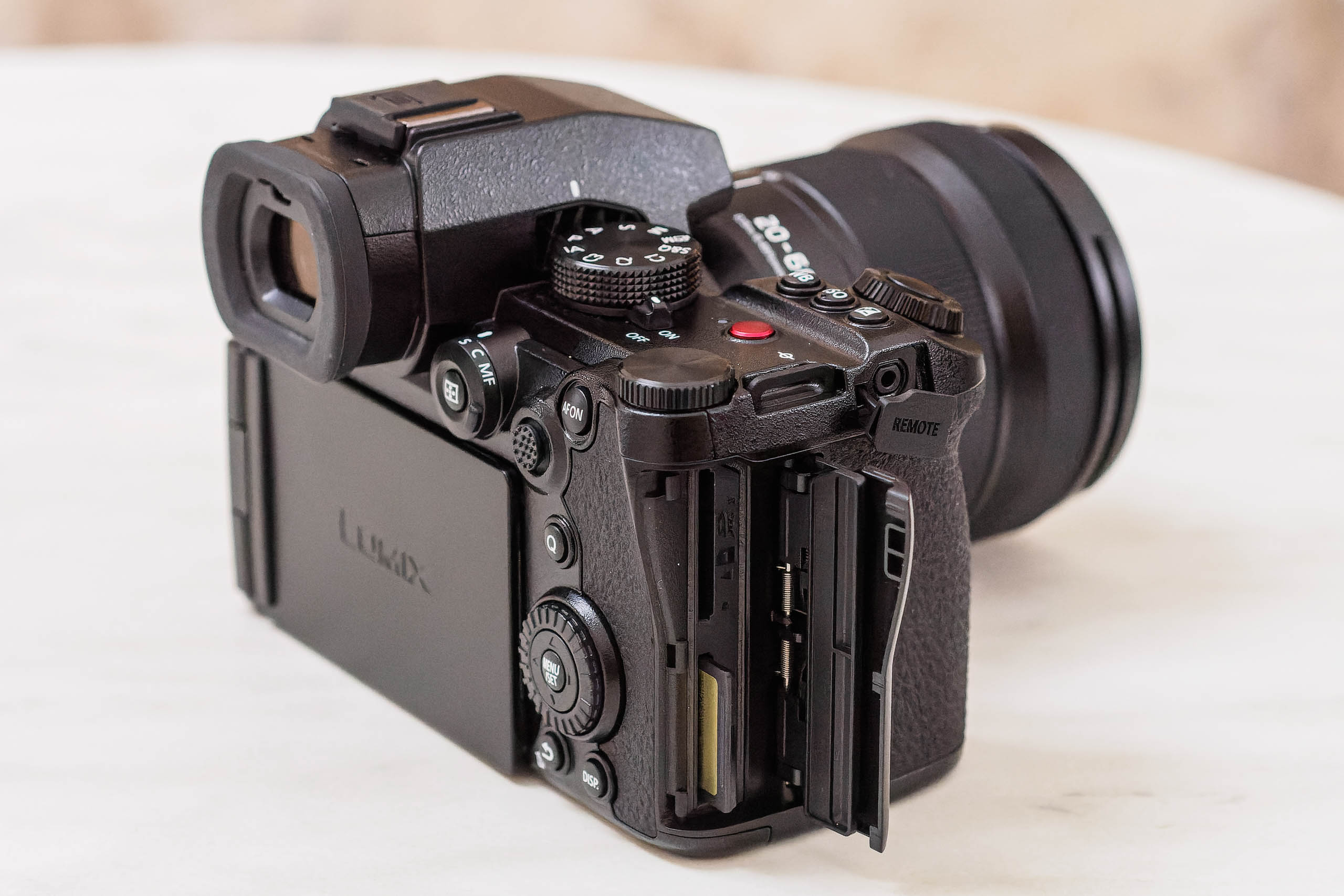 The S5II now offers considerably quicker burst shooting than before, at up to 30 frames per second with continuous AF using its electronic shutter. Employ the mechanical shutter and it’ll shoot at 9 fps with focus fixed, or 7 fps with AFC, which in both cases is 2 fps faster than before. Panasonic claims it can shoot 200 raw+JPEG frames before slowing down. 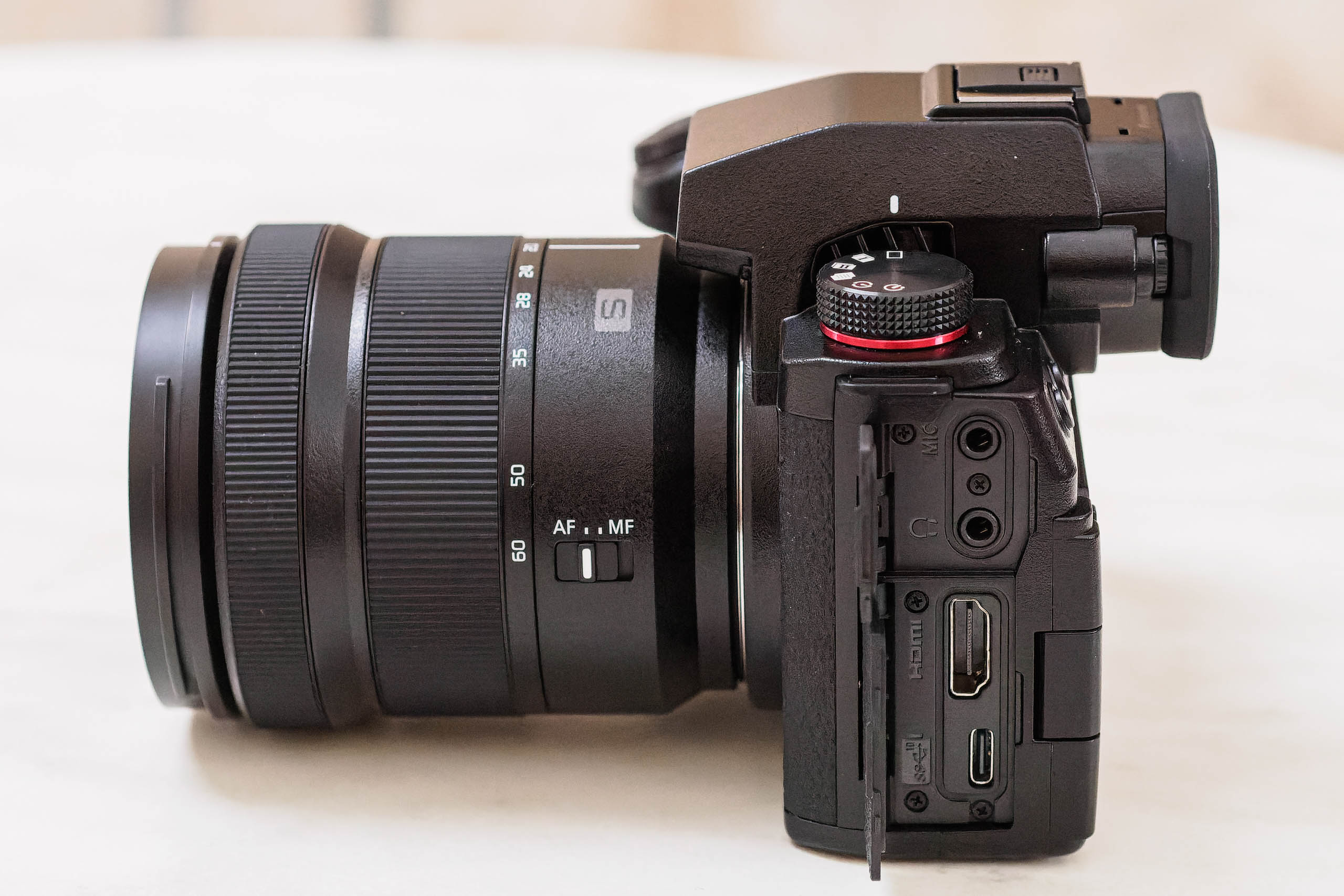 Microphone and headphone ports are placed high on the side where they won’t obstruct the articulating screen. Videographers will be pleased to see a full-size HDMI output above the USB-C port. Image credit: Andy Westlake

Unsurprisingly, there’s a strong focus on video. Not only is the S5II capable of shooting in 4K video at up to 60fps in 4:2:2 10-bit colour, with no hard limit to the recording time, it can also output 6K 30fps footage in either 17:9 or 3:2 aspect ratios. The in-body image stabilisation now supports ‘Active IS’, which Panasonic says provides 200% greater shake compensation compared to the original S5. Users of external monitors and recorders will be delighted by the incorporation of a full-size HDMI socket. 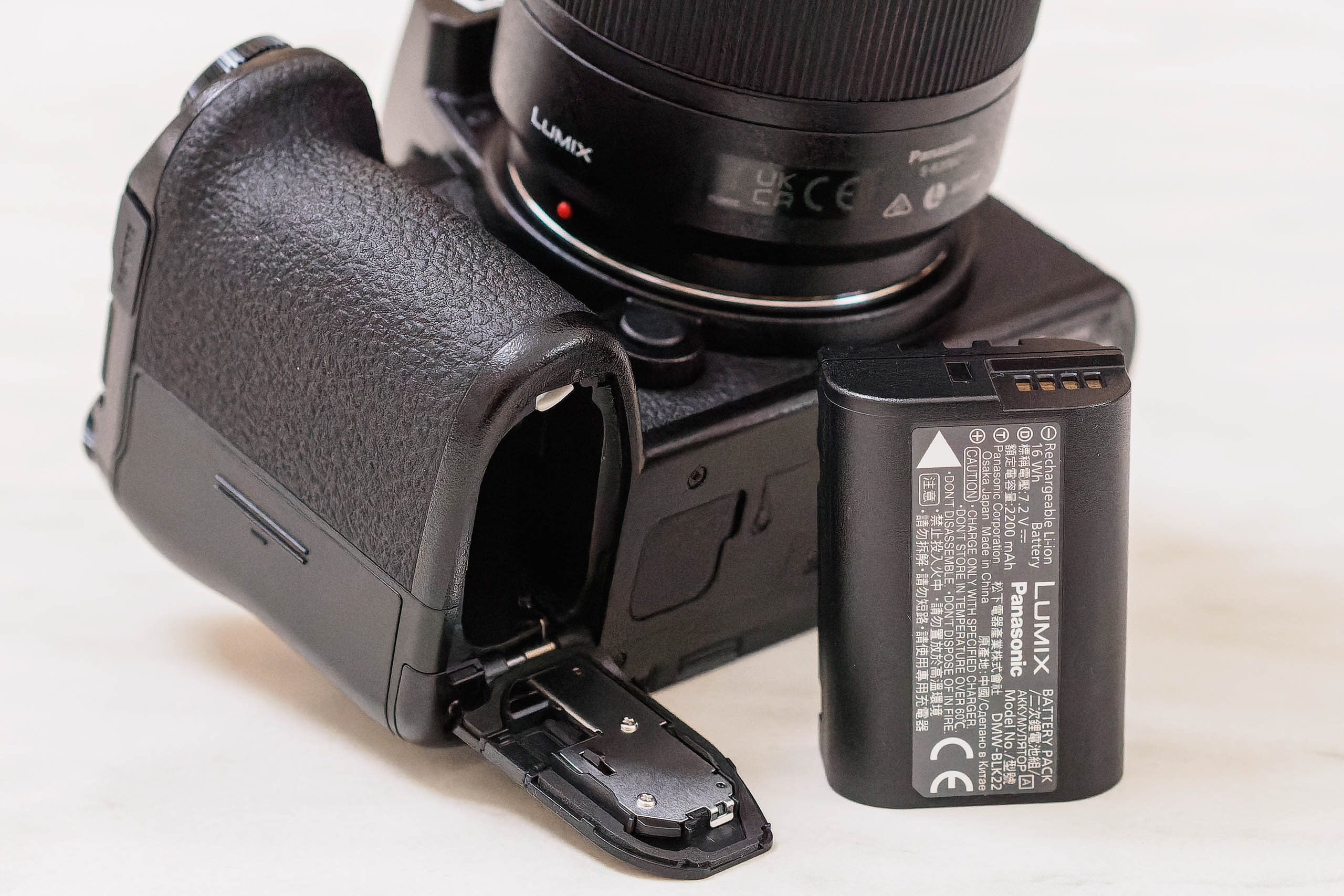 The DMW-BLK22 battery promises 370 shots per charge, or 1500 in power save mode. Image credit: Andy Westlake

When it comes to the body design, the S5II sticks to the tried and tested layout of its predecessor, with all the same controls in all the same places. As a result, most of the main photographic settings can be changed quickly and easily. Notably, there’s a physical drive mode dial on the top left, and a focus mode selection switch on the back, which you don’t tend to get on other cameras at this price point. 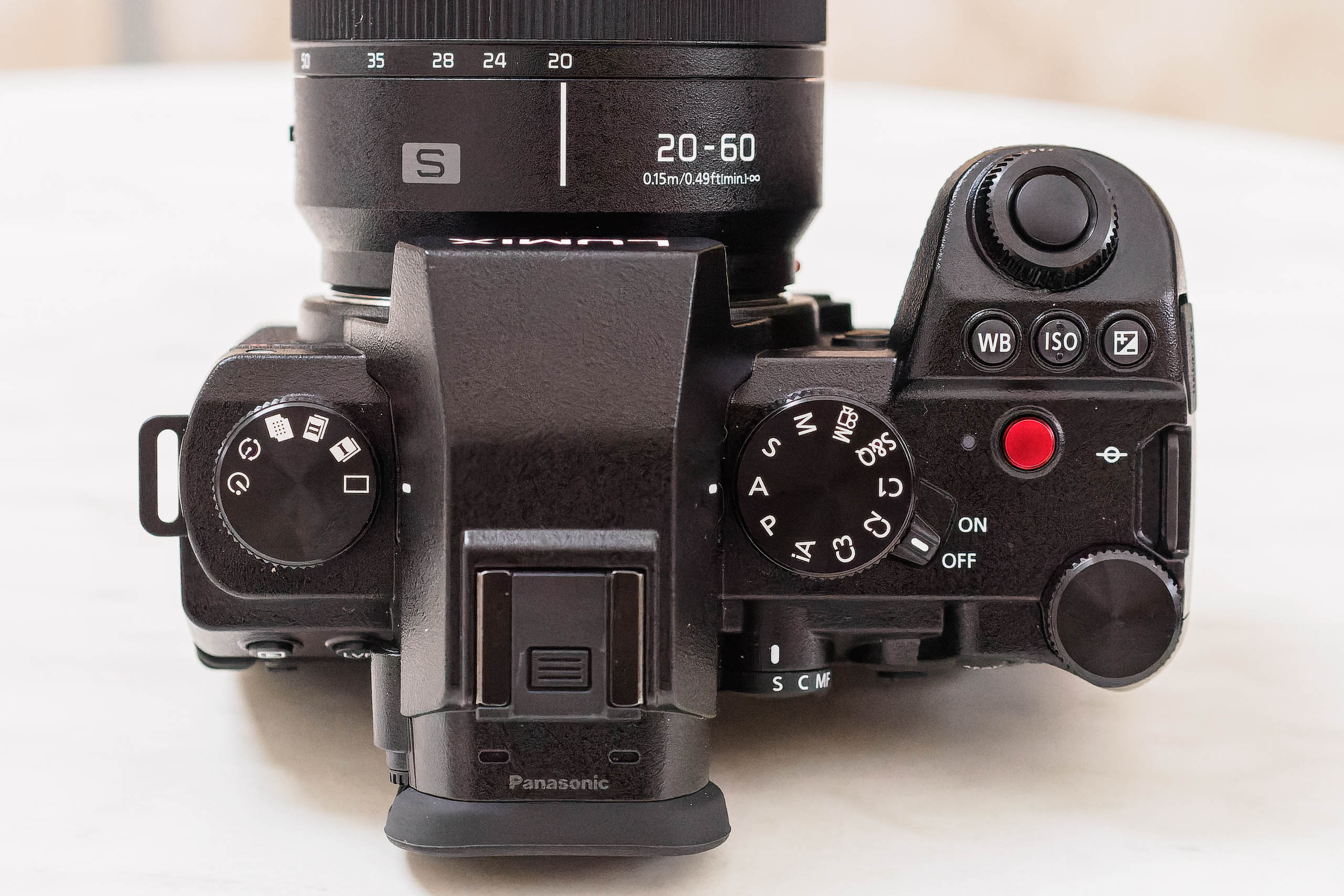 The Lumix S5II’s top controls are the same as its predecessor’s, including a prominent red video record button. Image credit: Andy Westlake

There are three electronic dials for changing exposure settings, although the default setup makes mystifying little use of them – in most modes, only one of them is directly active. However, you can configure the top-plate thumb dial to change exposure compensation and the wheel on the back to set ISO, which I find works better than relying on the row of buttons behind the shutter release. 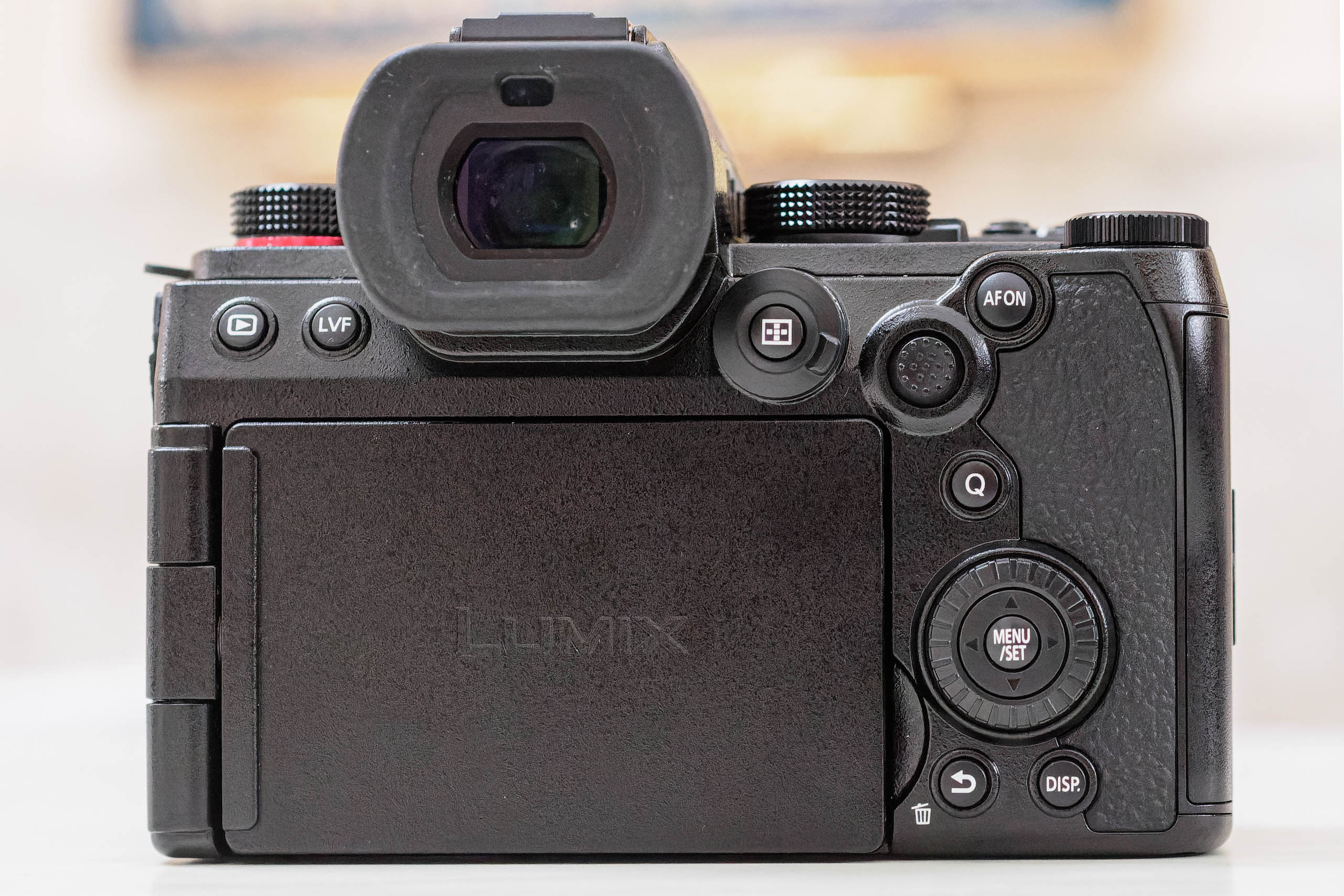 One very welcome operational update is that the AF area selection joystick is now 8-way, meaning that it can move the focus point diagonally as well as vertically and horizontally. This is much quicker than the 4-way joysticks on older Lumix models and makes the S5II rather more pleasant to use. 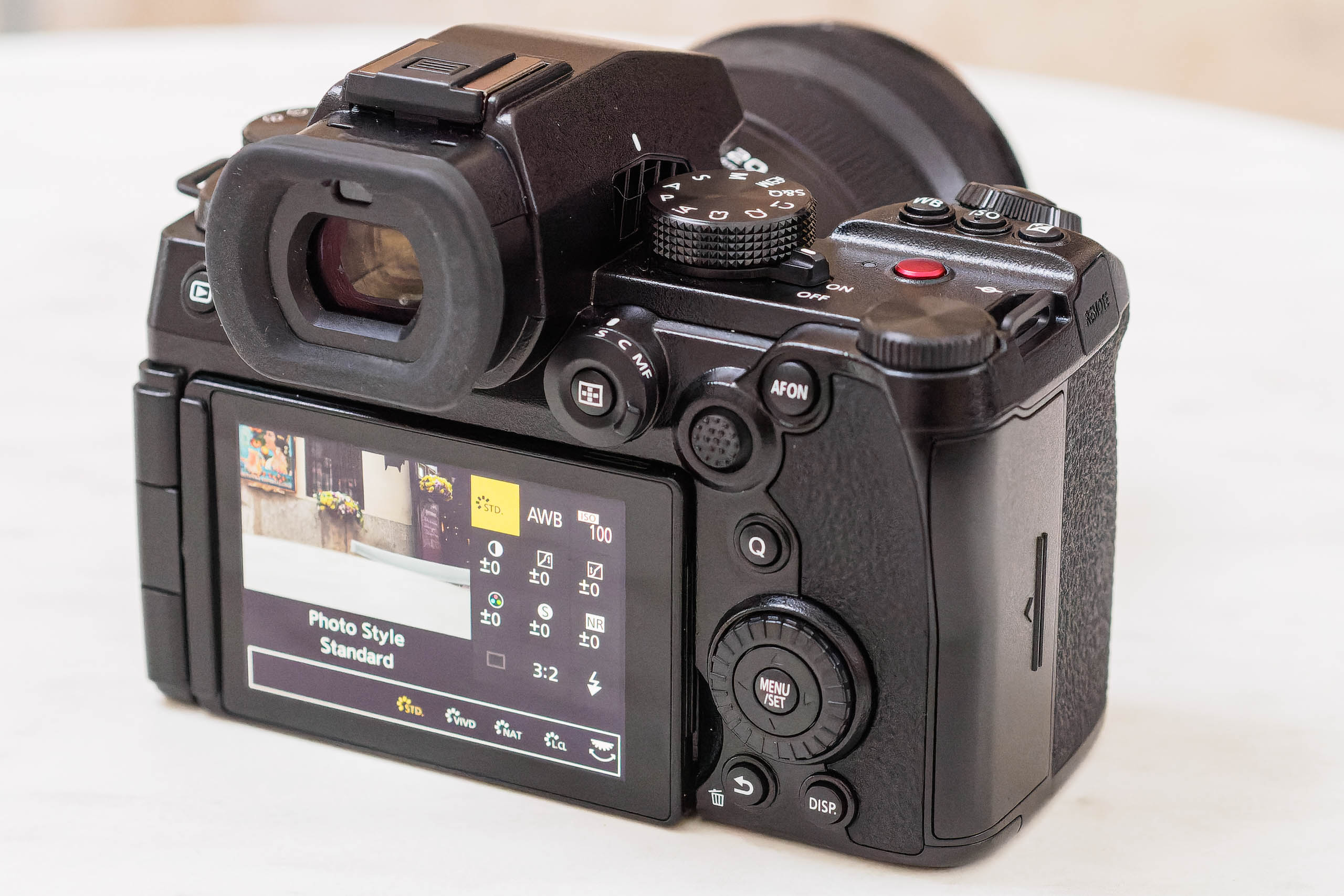 The Q Menu gives quick access to secondary settings, which can be adjusted using the touchscreen. Image credit: Andy Westlake

Another noteworthy upgrade comes with the viewfinder, which at 3.68m dots and 0.78x magnification, is both larger and higher resolution than before. It’s joined by a 1.84m-dot fully articulated touchscreen, which is much the same as that on the S5. The touch interface covers every aspect of the camera’s operation, nicely complementing the physical controls.

From a few hours shooting with a pre-production Lumix S5II before its official launch, it comes across as a fine camera that fixes all the biggest gripes associated with its predecessor. It certainly looks like a serious alternative to the likes of the Canon EOS R6 Mark II, Nikon Z6 II, and Sony Alpha 7 IV. 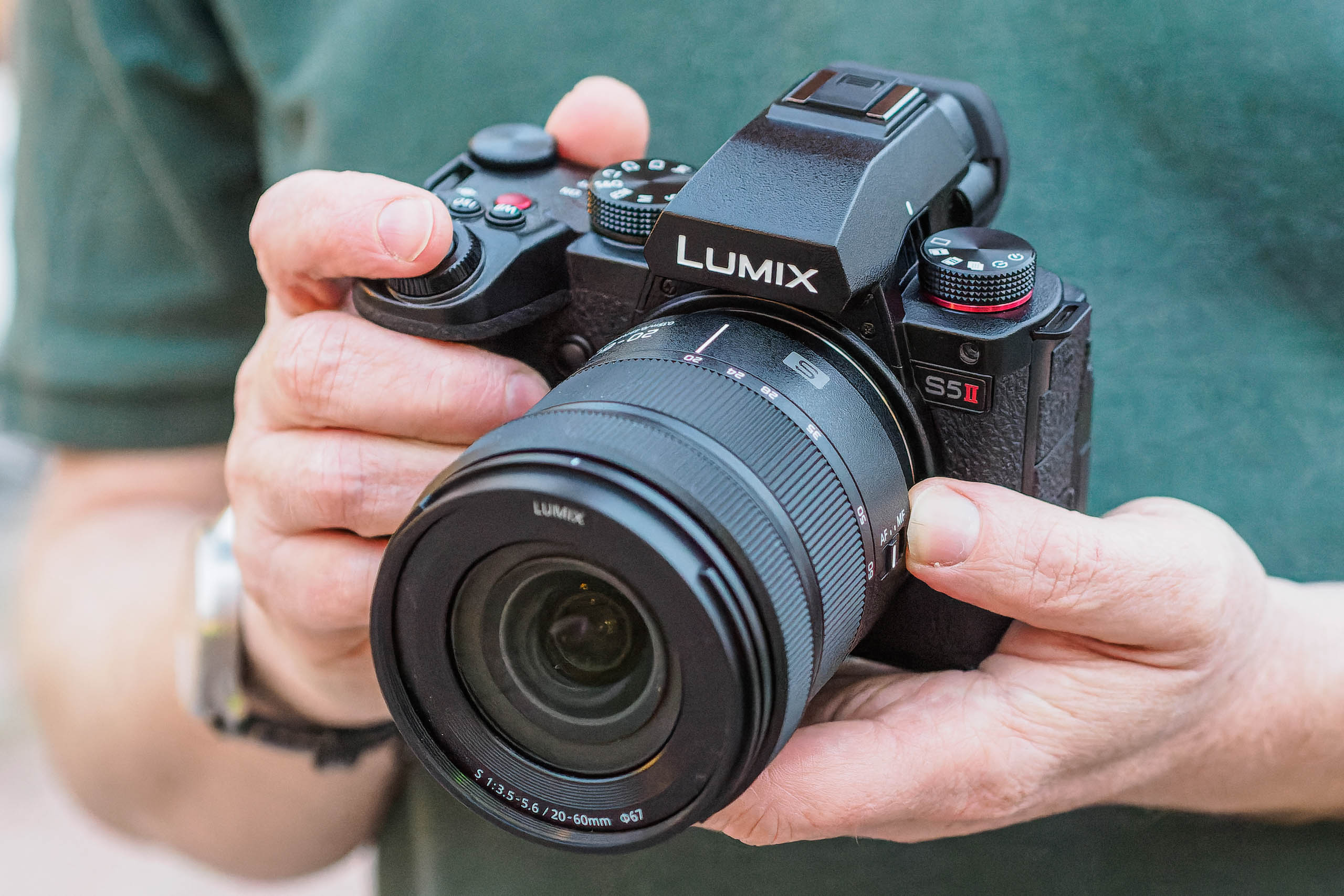 I got my hands on the Lumix S5 II for a few hours prior to its official launch. Image credit: Amateur Photographer

Once I’d set it up to my liking, I found it enjoyable to shoot with, and while I couldn’t give the autofocus a full workout, my initial impressions of the camera’s overall performance are very positive. The L-mount has been in sore need of  a camera with real mass-market appeal, and it looks like the S5II should finally hit that spot. Look out for our upcoming full review. 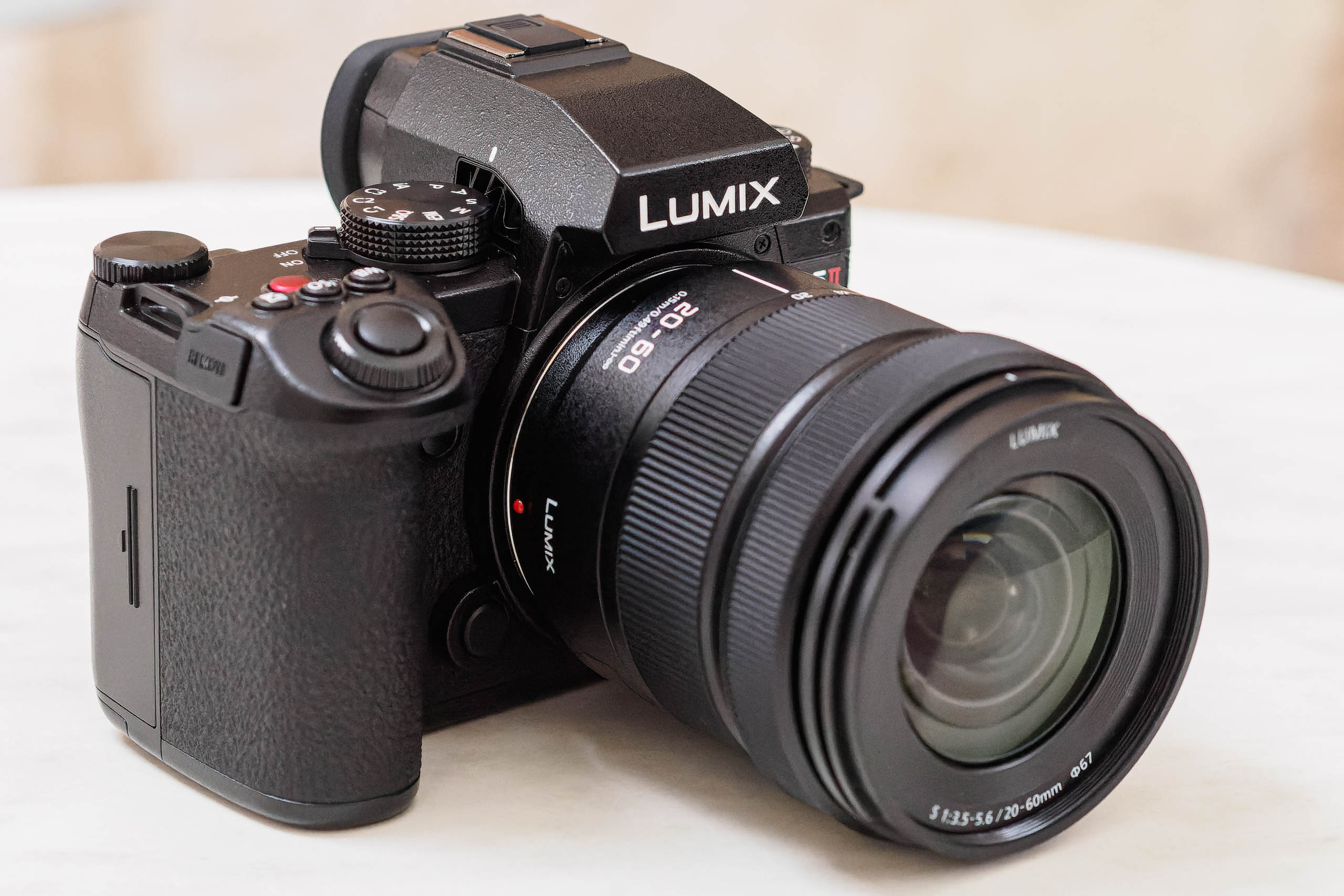