Cons: - Not particularly sharp, especially at telephoto
- Autofocus can be hesitant in low light
- Unsuitable for use on Panasonic Lumix G bodies that lack in-body stabilisation 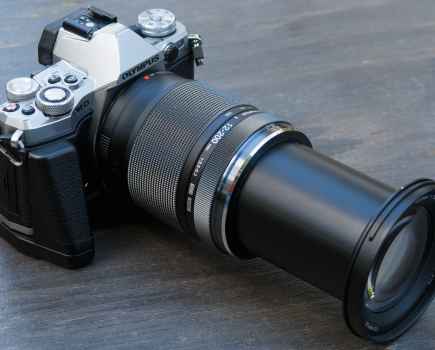 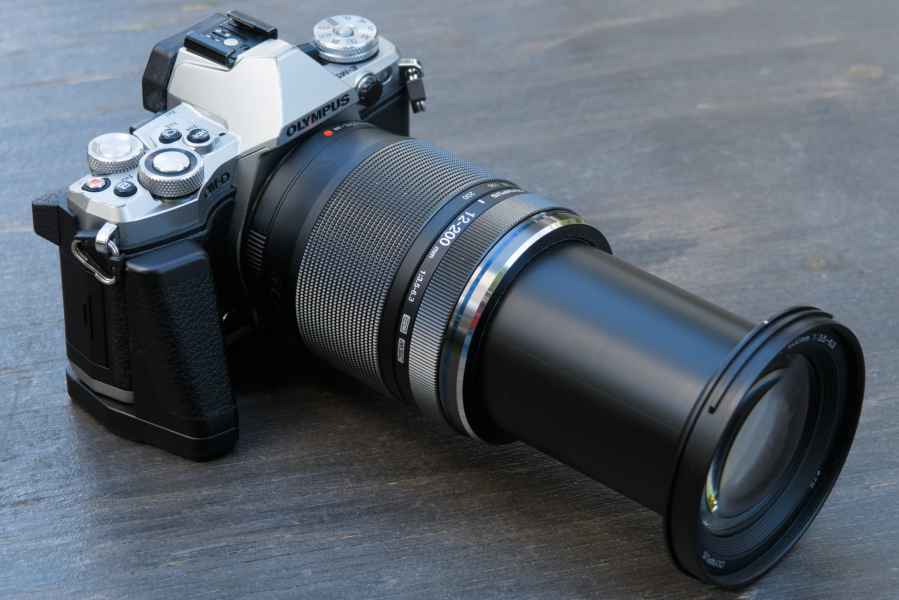 Cons: - Not particularly sharp, especially at telephoto
- Autofocus can be hesitant in low light
- Unsuitable for use on Panasonic Lumix G bodies that lack in-body stabilisation

Serious photographers tend to be suspicious of all-in-one lenses. The larger the zoom ratio, the thinking goes, the lower the optical quality must be. There’s a reason why pro-quality f/2.8 zooms generally only cover a 3x range. 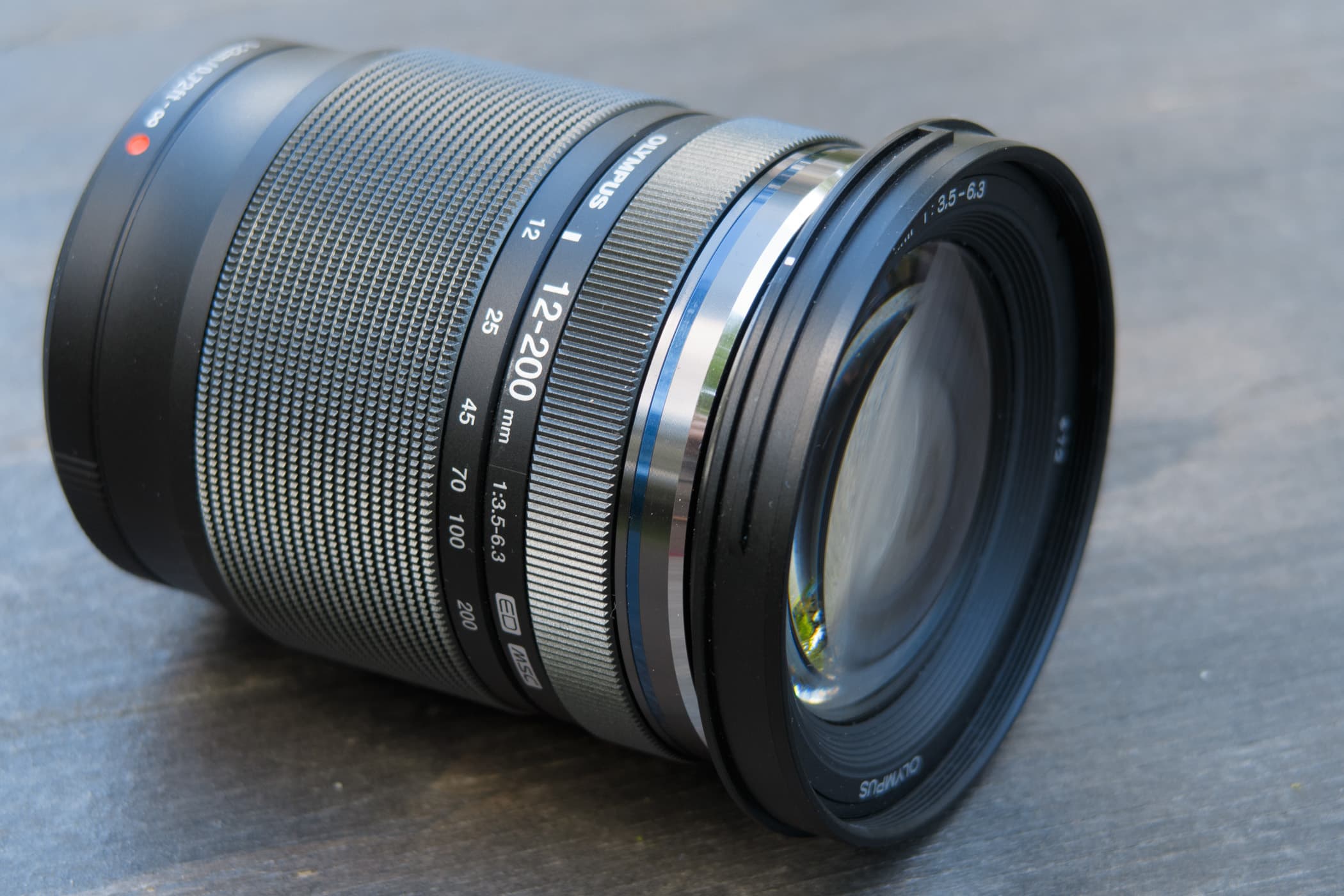 So what to make of Olympus’s latest offering, with its immense 16.6x, 24-400mm equivalent zoom? This is the same magnification ratio as the 18-300mm zooms that are available for APS-C DSLRs, but with a wider-angle start point, and surpassed only by Tamron’s 16-300mm and 18-400mm superzooms. Perhaps surprisingly, there’s nothing like it for any other mirrorless system, which mostly only offer smaller, less ambitious lenses similar to Olympus’s older and cheaper M.Zuiko Digital ED 14-150mm f/3.5-5.6 II. 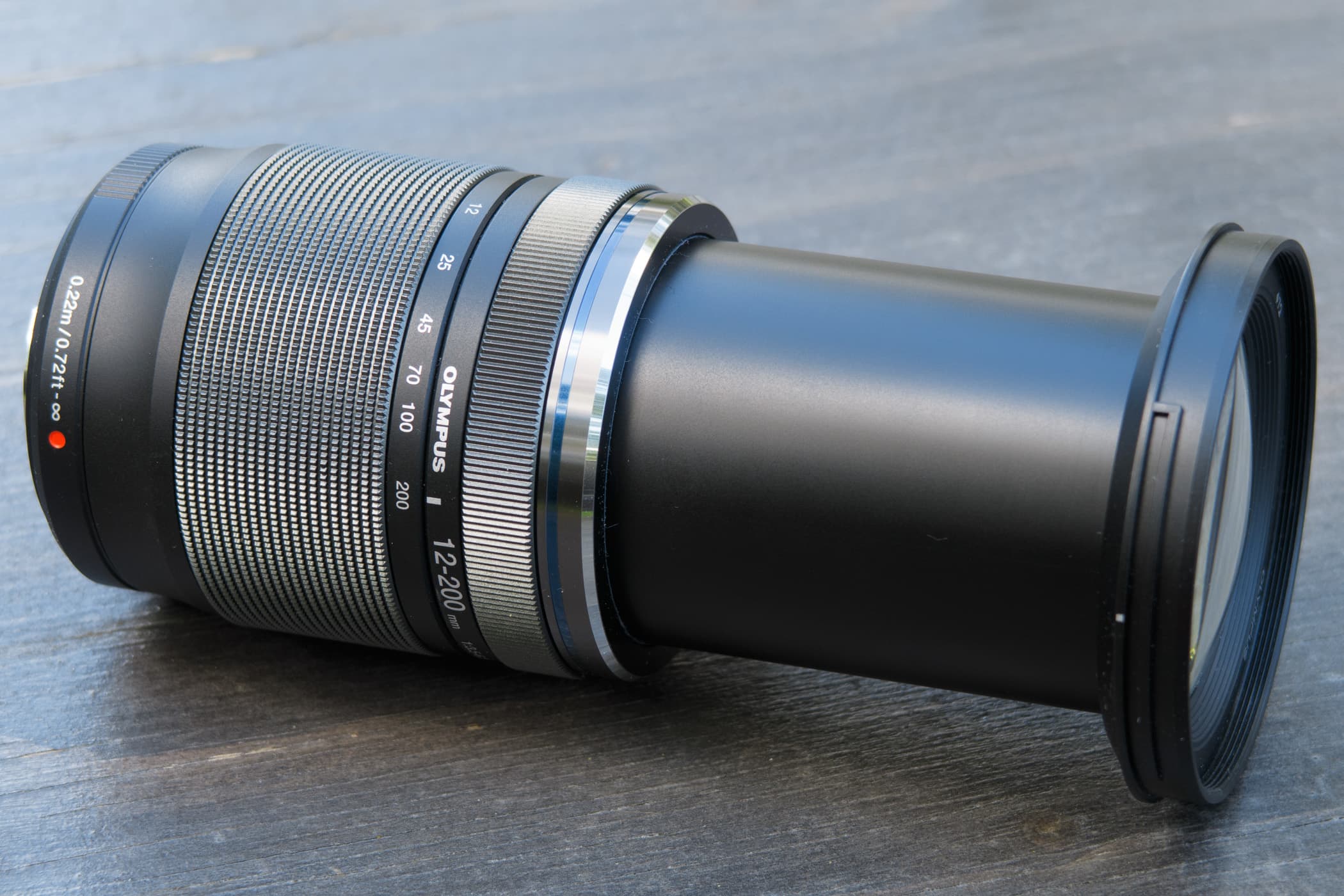 To borrow a sporting cliché, it’s a big ask to make a lens like this with anything approaching decent image quality, despite its £800 launch price. But Olympus has form, with its excellent but expensive 12-100mm f/4 IS Pro redefining expectations for long-range zooms. If the firm has managed to transfer what it’s learned to this new optic, then with any luck the 12-200mm will perform better than we might otherwise have expected.

In order to achieve the immense zoom range, Olympus has really gone to town on the optics. The 12-200mm employs 16 elements in 11 groups, including three aspherical elements and a whole array made of special materials, including extra-low-dispersion (ED) glass, super ED glass, high refractive index (HR) glass and super HR glass, with the aim of reducing distortion and chromatic aberration. Comparing optical formulae shows a distinct resemblance to the aforementioned 12-100mm, although with slightly reduced complexity that’s presumably attributable to the absence of optical stabilisation in the 12-200mm. 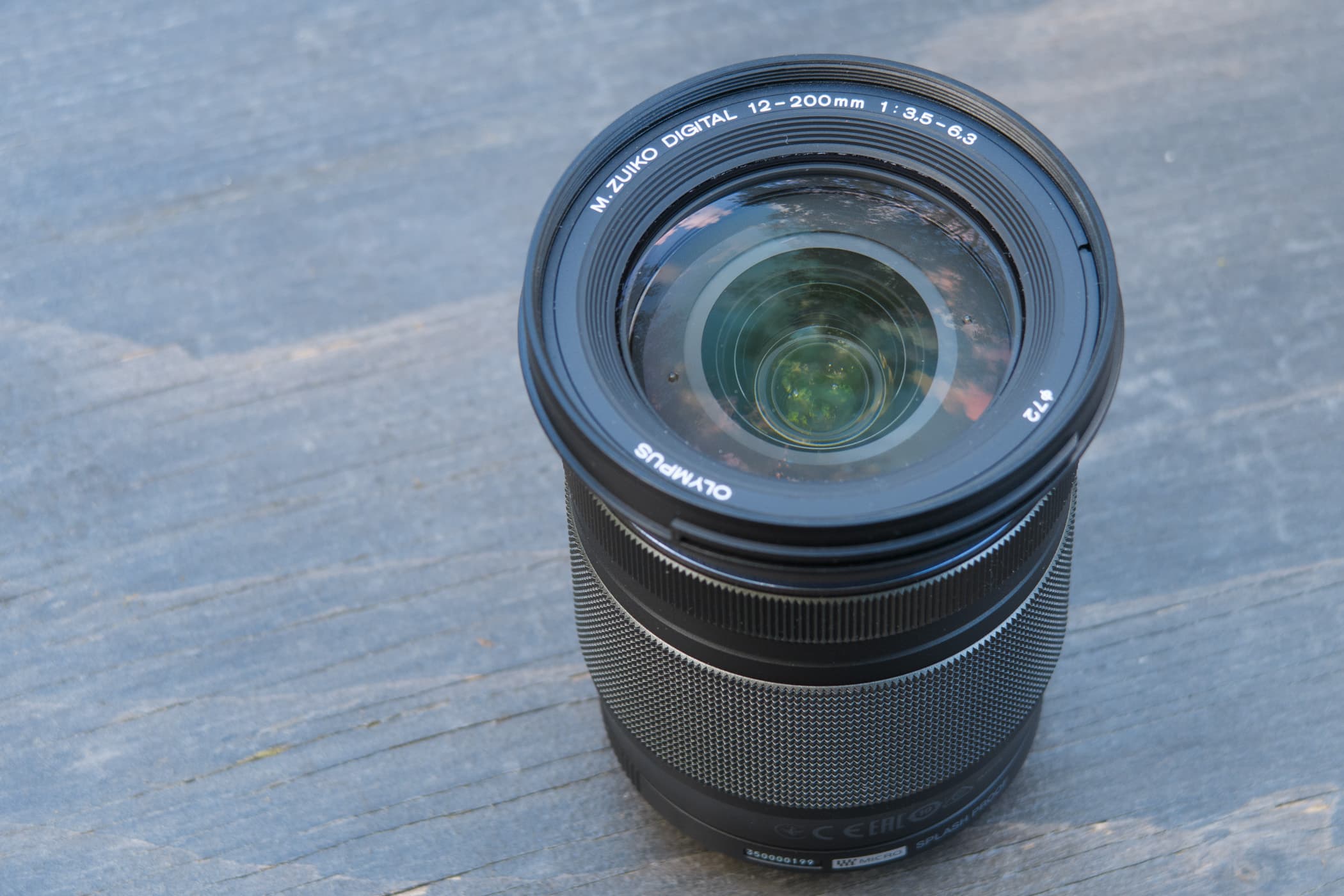 Filters can be attached to the non-rotating 72mm thread

Focusing is internal, with a minimum distance of just 0.22m available at the wideangle end. Zoom to full telephoto and this increases to approximately 70cm, but now with a maximum magnification equivalent to 0.46x, corresponding to an image area of 7.6 x 5.7cm. This lets you capture close-ups with a decent working distance of 50cm from the subject. 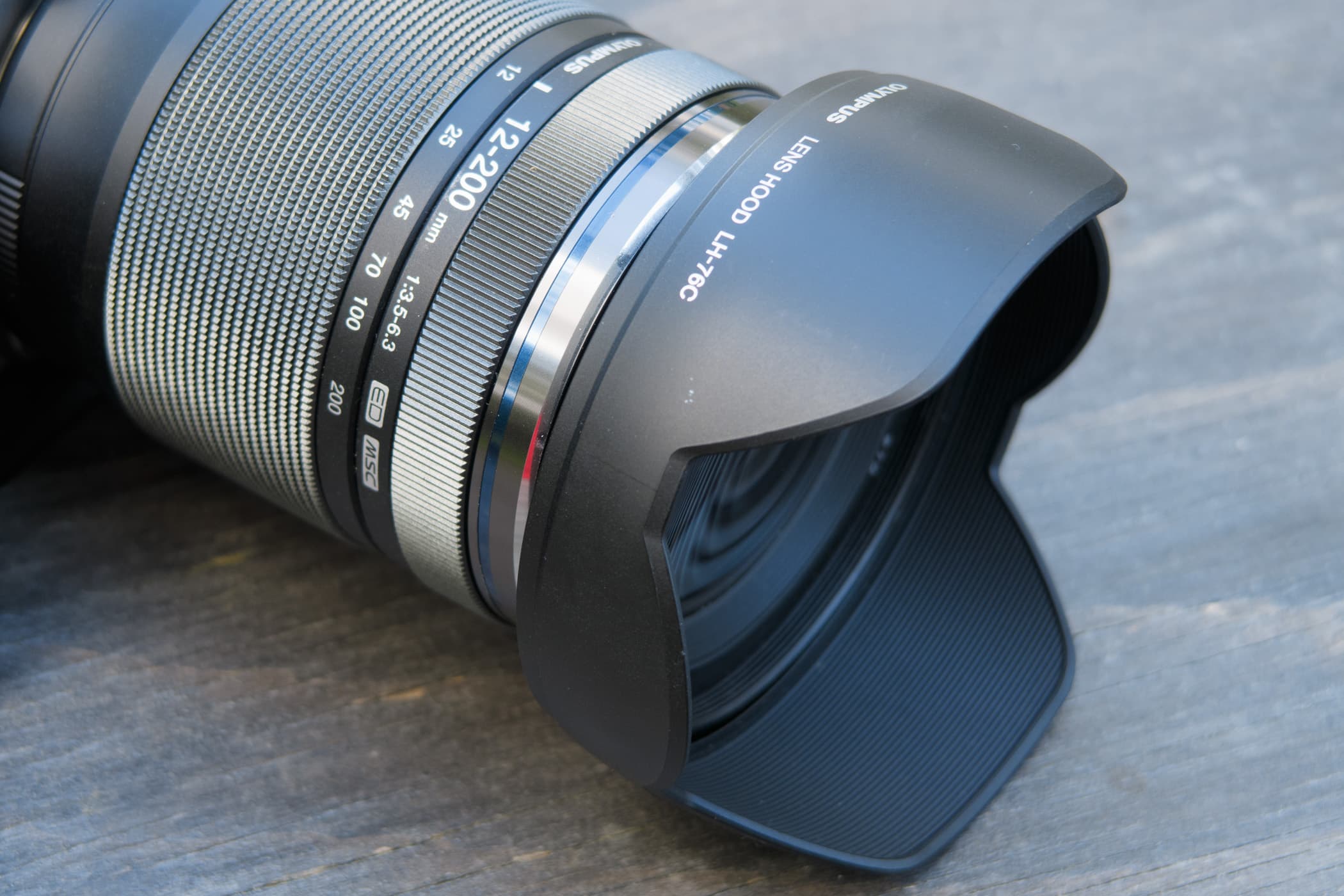 A plastic petal-type hood is included in the box

The lens features a dust-, splash- and freeze-proof design, including a seal around the mount to prevent water ingress. It has a non-rotating 72mm filter thread, and a petal-type hood is included in the box. As usual, I’d recommend using this as a matter of course, both to reduce flare and to protect the front element.

Appropriately for a lens that’s ideal for travel, the 12-200mm features relatively lightweight construction, with a plastic exterior instead of the metal barrel used by its Pro-line cousin. But that’s not to say it’s poorly-made, and there’s impressively little play to the barrel even when it’s fully extended to the 200mm position. Zoom creep is almost non-existent when the lens is retracted to 12mm, but the lens will extend under its own weight when pointed downwards at longer focal lengths. 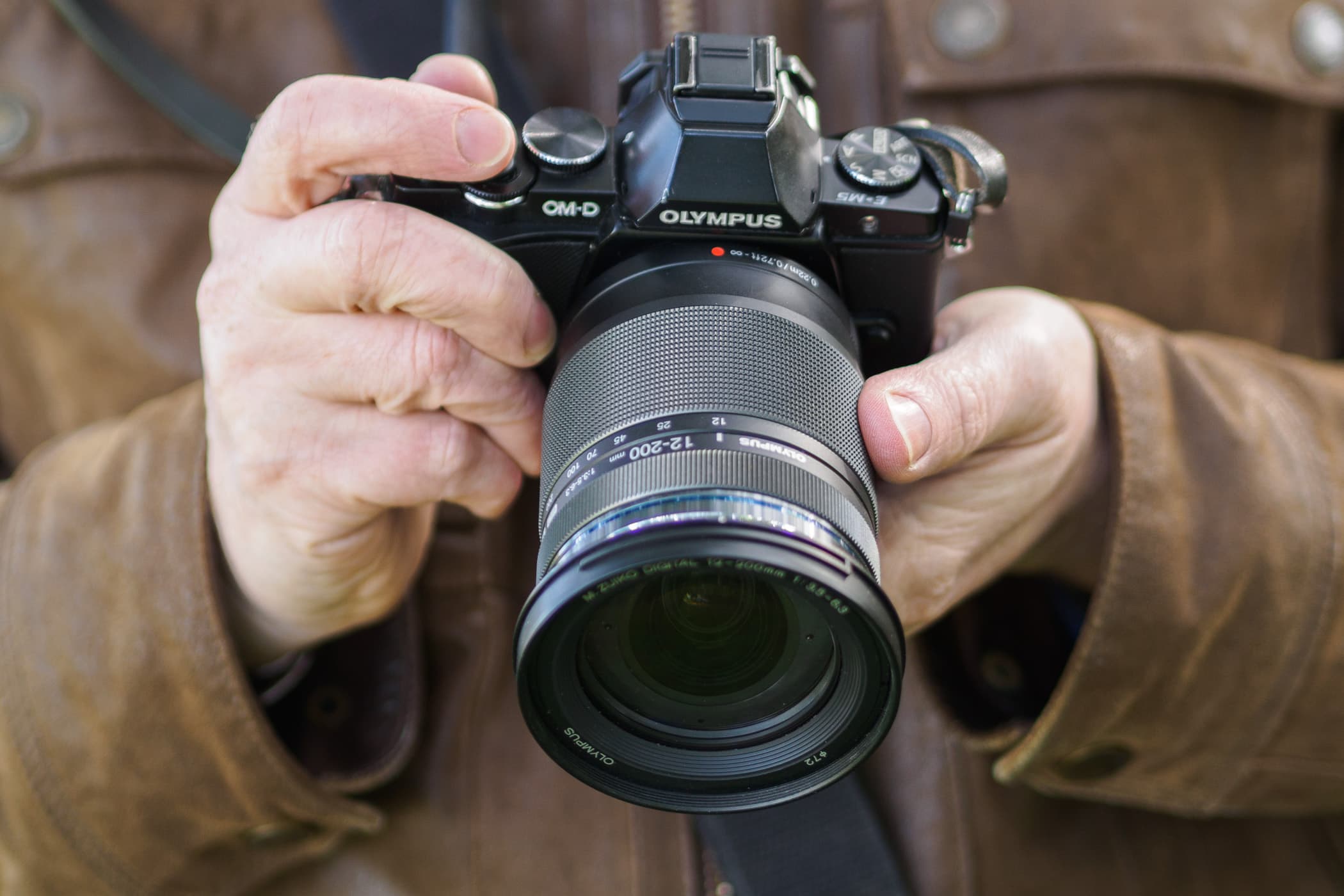 At approximately 10cm long and 455g in weight, this is a large lens by Micro Four Thirds standards, although it’s a fair bit smaller and lighter than the high-end 12-100mm f/4. It’s actually very similar in size and weight to 18-300mm zooms for APS-C DSLRs, but Olympus’s smaller mirrorless bodies mean that the overall package ends up being more compact. Despite its size I found it a good match to the Olympus OM-D E-M5 Mark II that I predominantly used for testing, but I’d think twice about using it on smaller PEN bodies, particularly without a viewfinder. For the record, I found it also worked perfectly well on Panasonic Micro Four Thirds bodies. 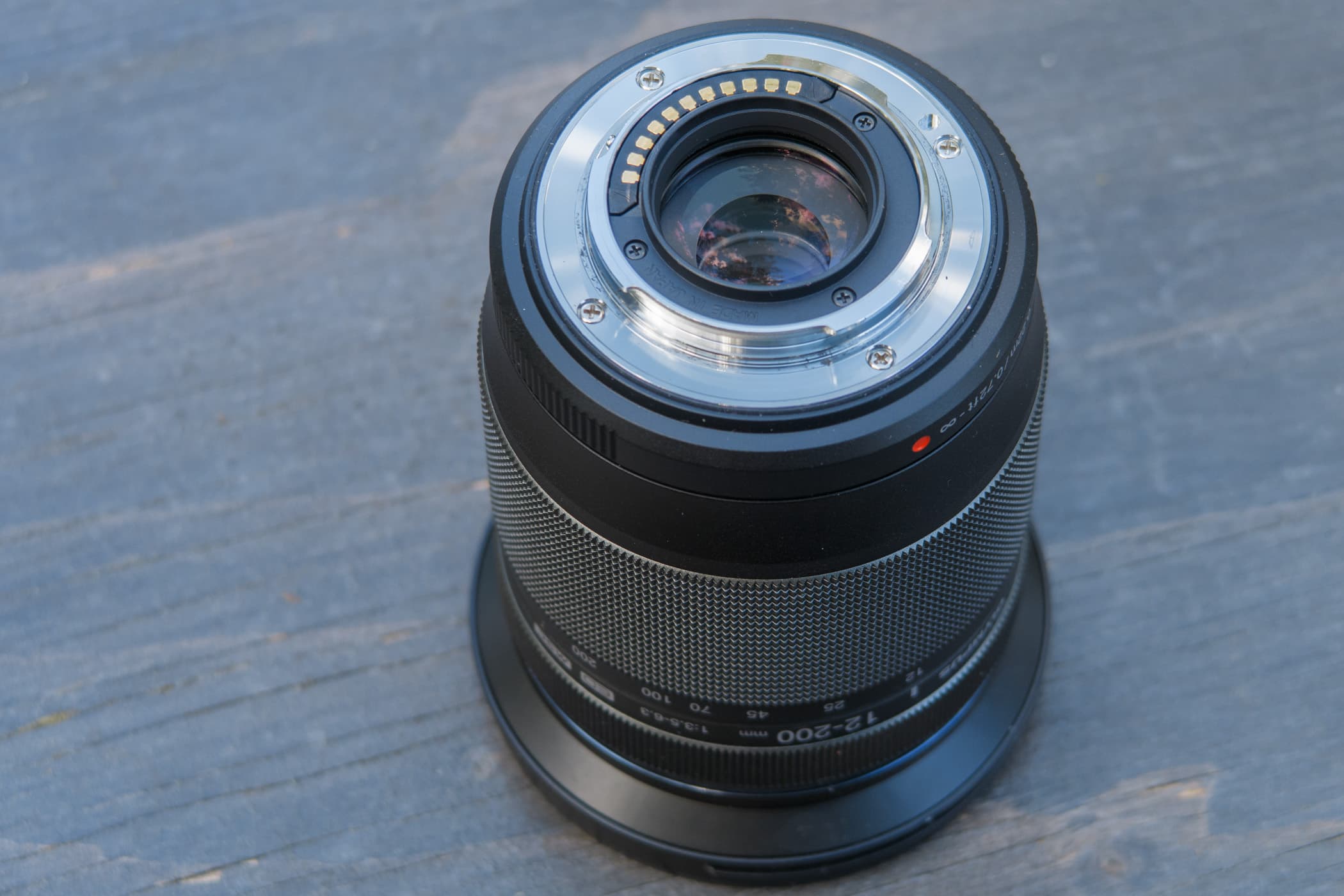 The broad zoom ring occupies most of the barrel, meaning it falls naturally to hand during shooting. It rotates through approximately 90 degrees from the wide to telephoto positions, meaning no shift in grip is required to access the full zoom range. It’s a little stiff in operation, with a noticeable increase in force required to get past the 100mm point, but this doesn’t hamper composition in practical use. The smoothly rotating manual focus ring is placed further forwards, and activates a focus-by-wire mechanism.

As we’ve come to expect from Olympus, in good light the 12-200mm provides generally fast, decisive and silent autofocus. But its relatively small maximum aperture means it struggles noticeably in lower light levels, especially at the long end of the zoom. So while it’s perfectly well behaved for daytime shooting, it’s not going to be the best choice indoors or at night. 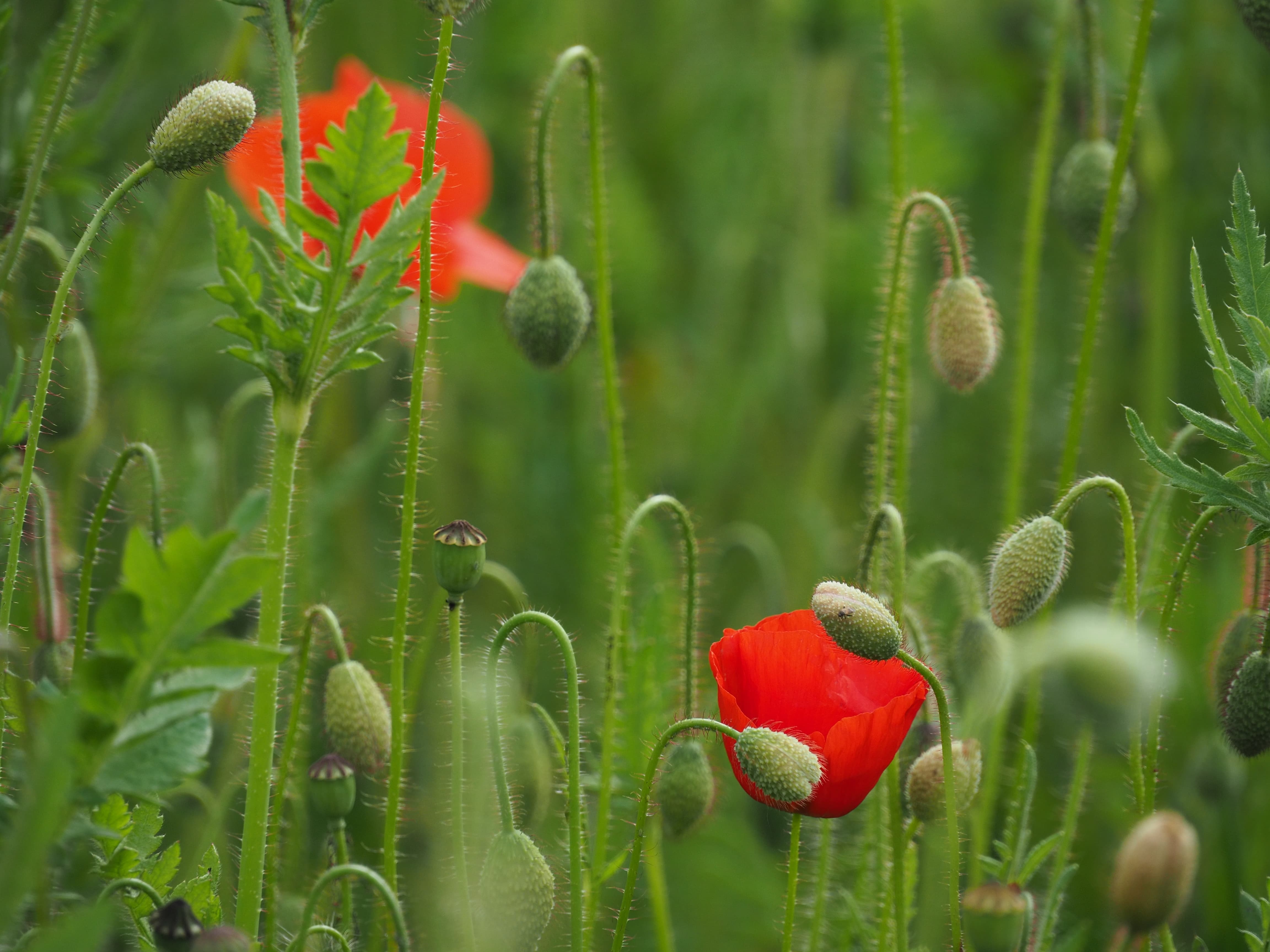 When it comes to continuous focus, chances are the camera body will be the limiting factor. Only Olympus’s top-of-the-range E-M1 series bodies feature phase detection for rapid C-AF, with the others falling back on the slower contrast-detection method. I found that the lens easily kept up with everything the E-M5 II’s AF system asked of it when tracking moving subjects. 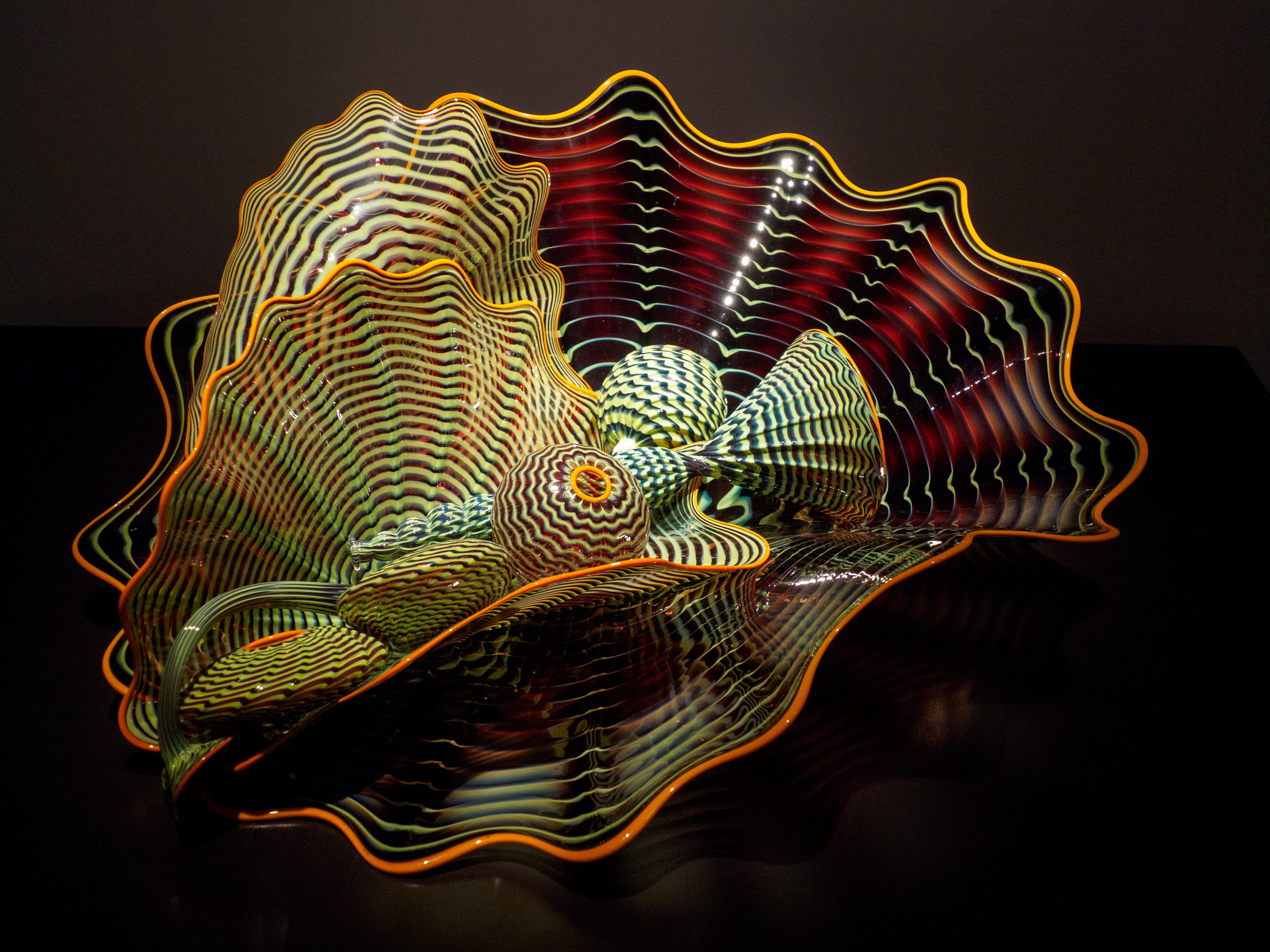 Switching the camera to manual focus activates the ring at the front of the lens, which drives the lens’s focus group electronically. Rotating the ring will also initialise your preferred focus aid, either magnified view or peaking, depending on how the camera is configured. Manual focusing works well, making it easy to get sharp images on the few occasions when autofocus fails.

The moment you start looking closely at images recorded using the 12-200mm, it becomes clear that this really isn’t a lens for pixel-peepers. Like most superzooms, it’s actually pretty good at its wider settings, especially when stopped down a touch to sharpen up the corners. 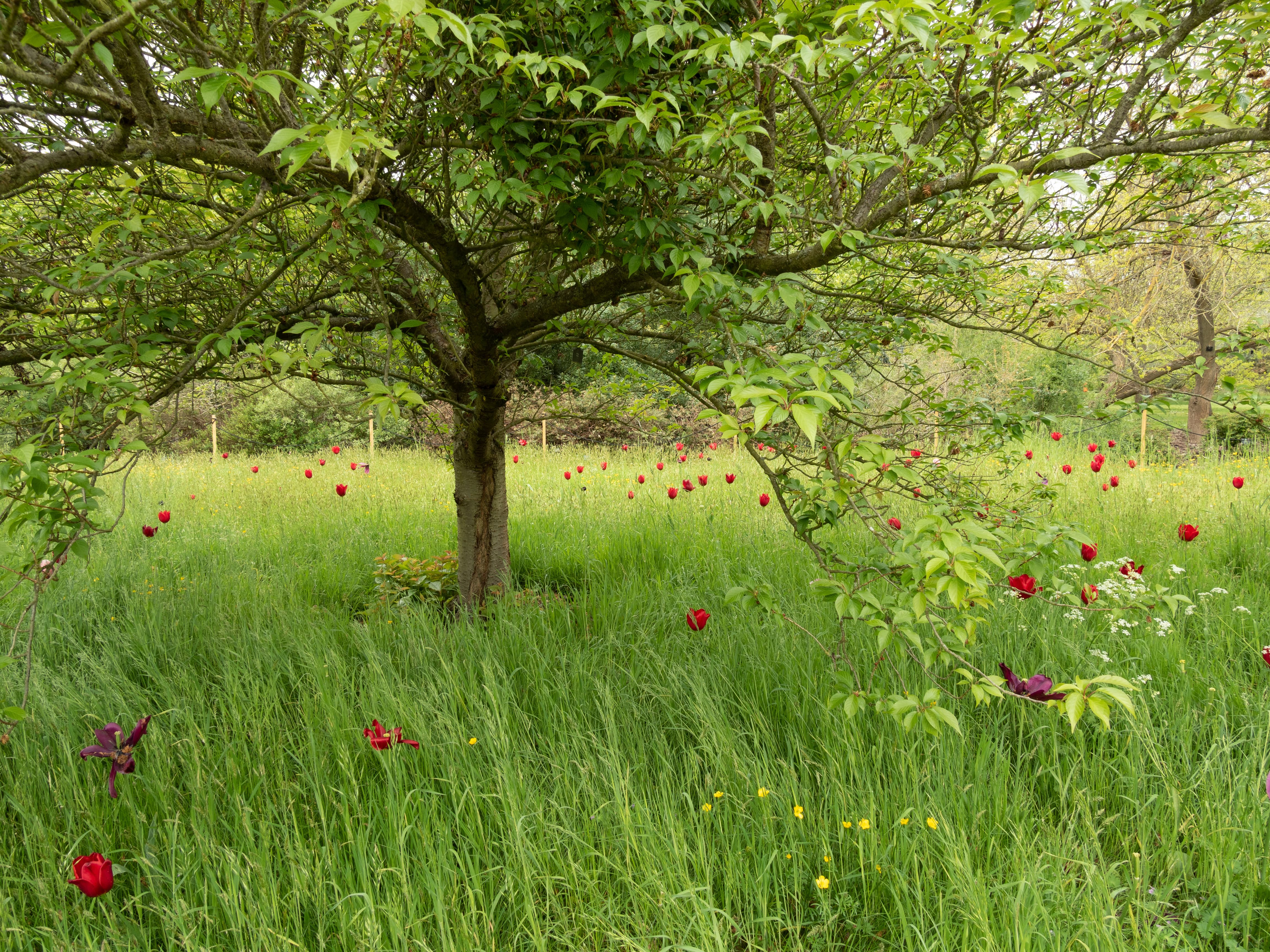 However it gets less sharp as you zoom in, and is just plain soft at telephoto. So if you’re looking for crisp detail corner-to-corner when viewing your images up-close onscreen, or want to make super-sharp A3 prints, you’ll need to compromise on zoom range and save up more money for the 12-100mm F4 IS Pro or 12-40mm f/2.8 Pro. Bit if you aren’t so demanding on fine detail, then the 12-200mm actually does a pretty decent job. 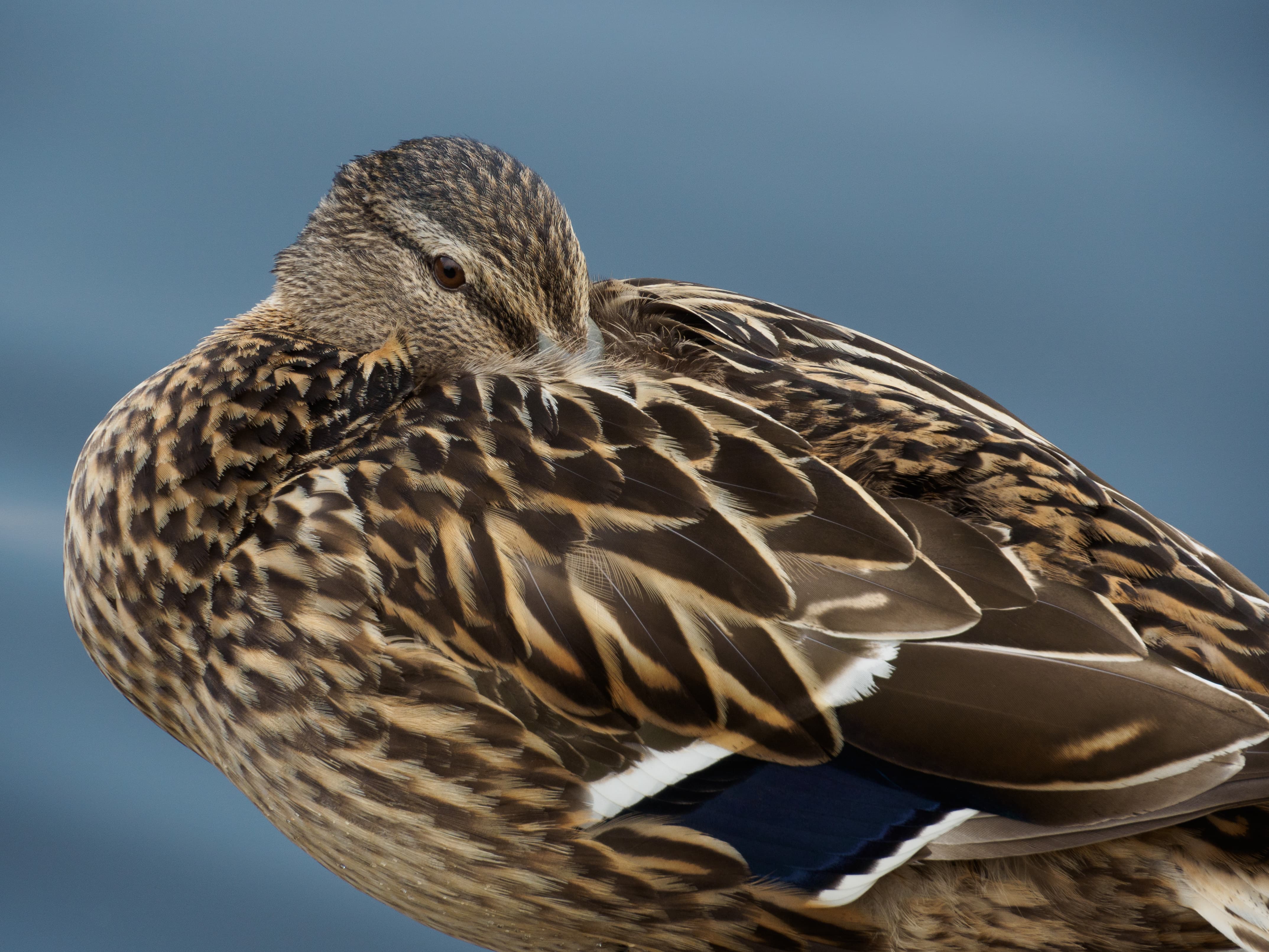 One noteworthy positive is the impressive close-up capability. While you’ll get the closest focus at wideangle, you’ll get the highest subject magnification at telephoto, and with a decent working distance too. This is handy if you want to avoid disturbing skittish subjects. 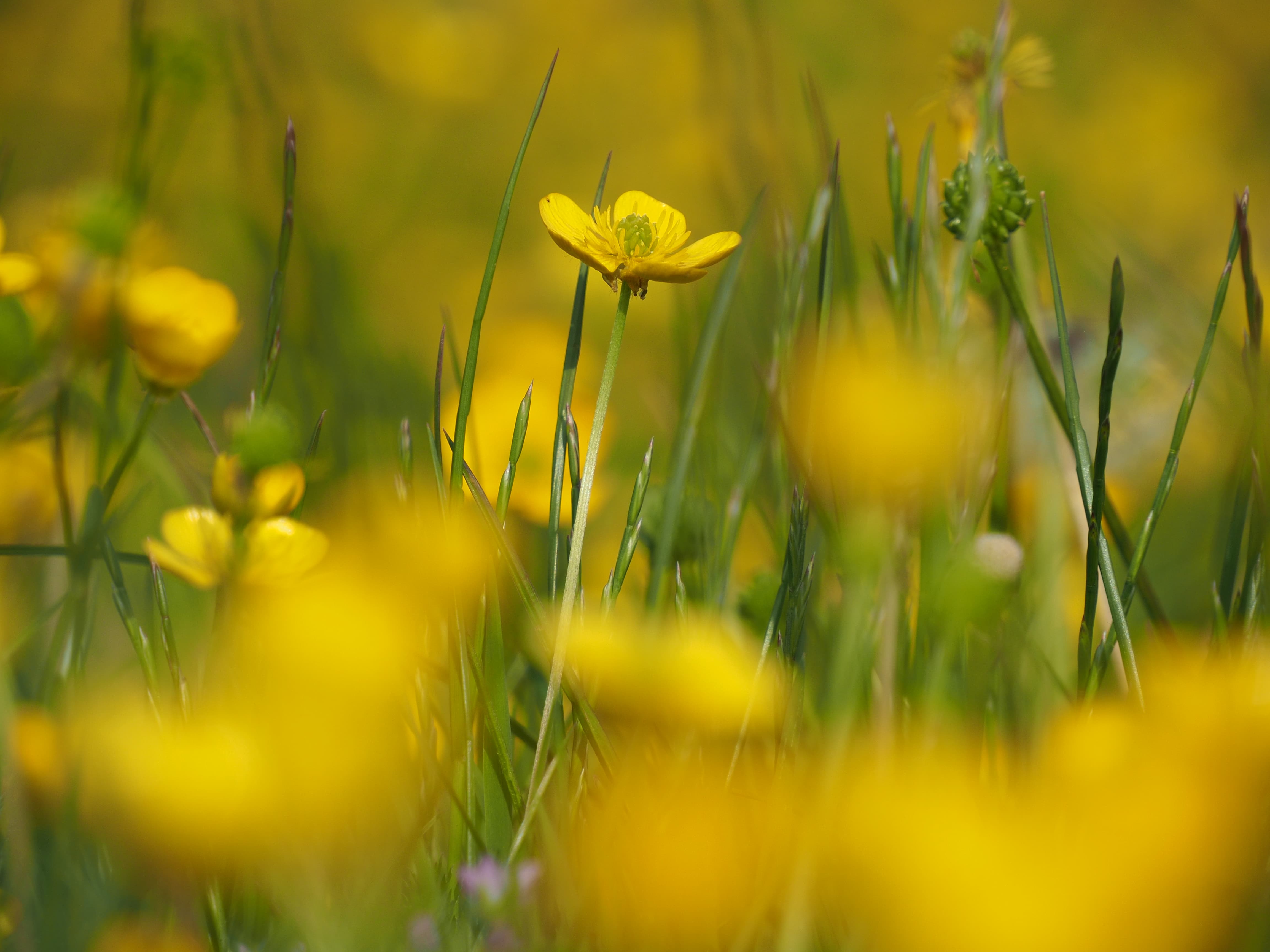 Like all Micro Four Thirds lenses, the 12-200mm benefits from integrated software distortion compensation, with the lens passing the requisite correction parameters to the camera, which are also encoded into raw files. This means you don’t see the unpleasant bending of straight lines along the edges of the frame that’s characteristic of SLR equivalents. 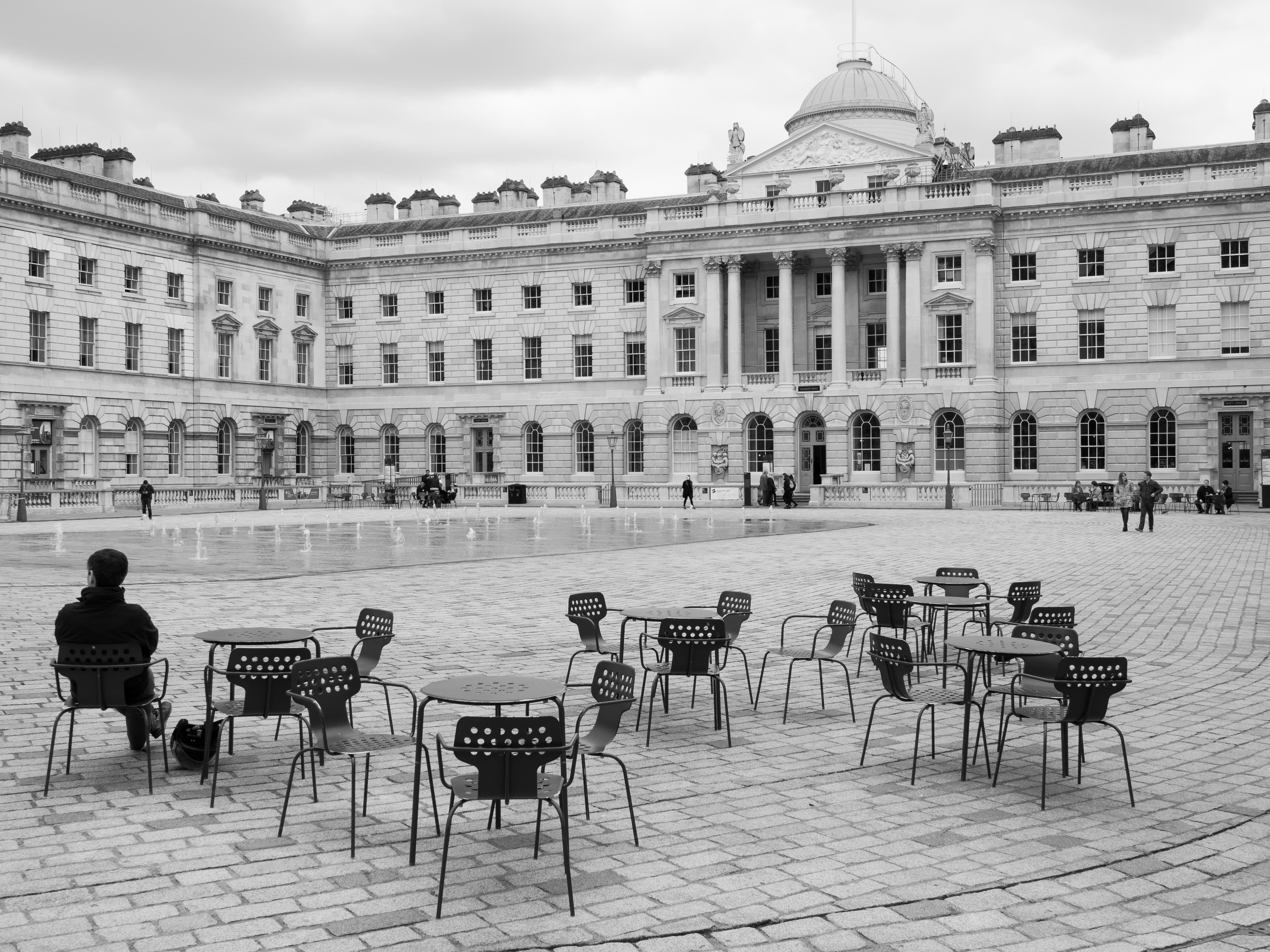 On older Olympus bodies such as the original OM-D E-M5 you’ll see colour fringing towards the corners due to lateral chromatic aberration, especially at full telephoto, but this is successfully suppressed on more recent models, including those from Panasonic. 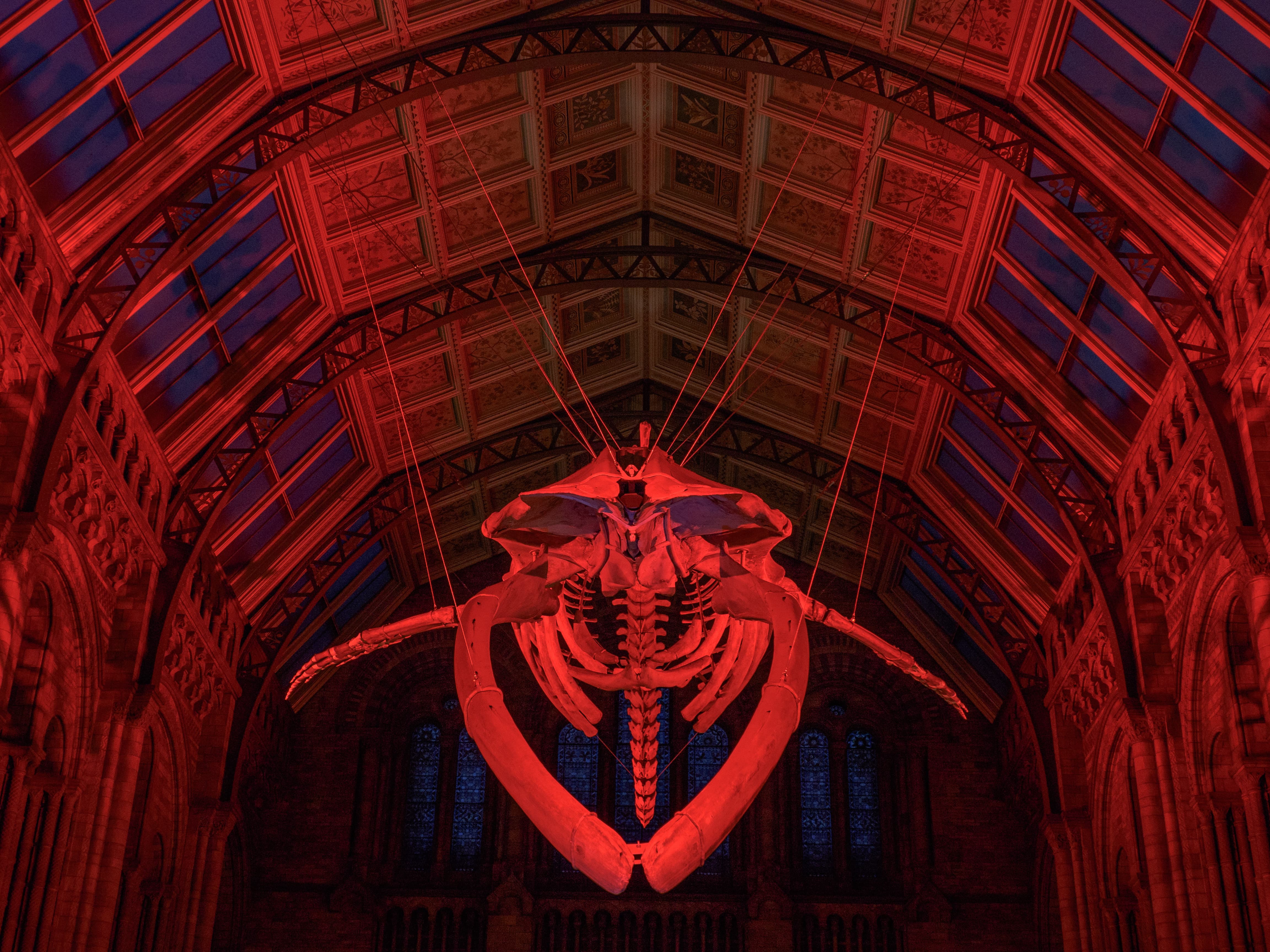 The lack of optical stabilisation is much less of a problem than I initially feared. It’s clear that 200mm is reaching the limits of what both Olympus and Panasonic’s in-body stabilisation systems can sensibly work with, meaning you’ll probably only get a couple of stops of shake reduction at the telephoto end. But that’s a lot better than nothing, and you’ll still get considerably greater stabilisation at wideangle. However I really wouldn’t recommend using this lens on Panasonic bodies that lack in-body stabilisation. 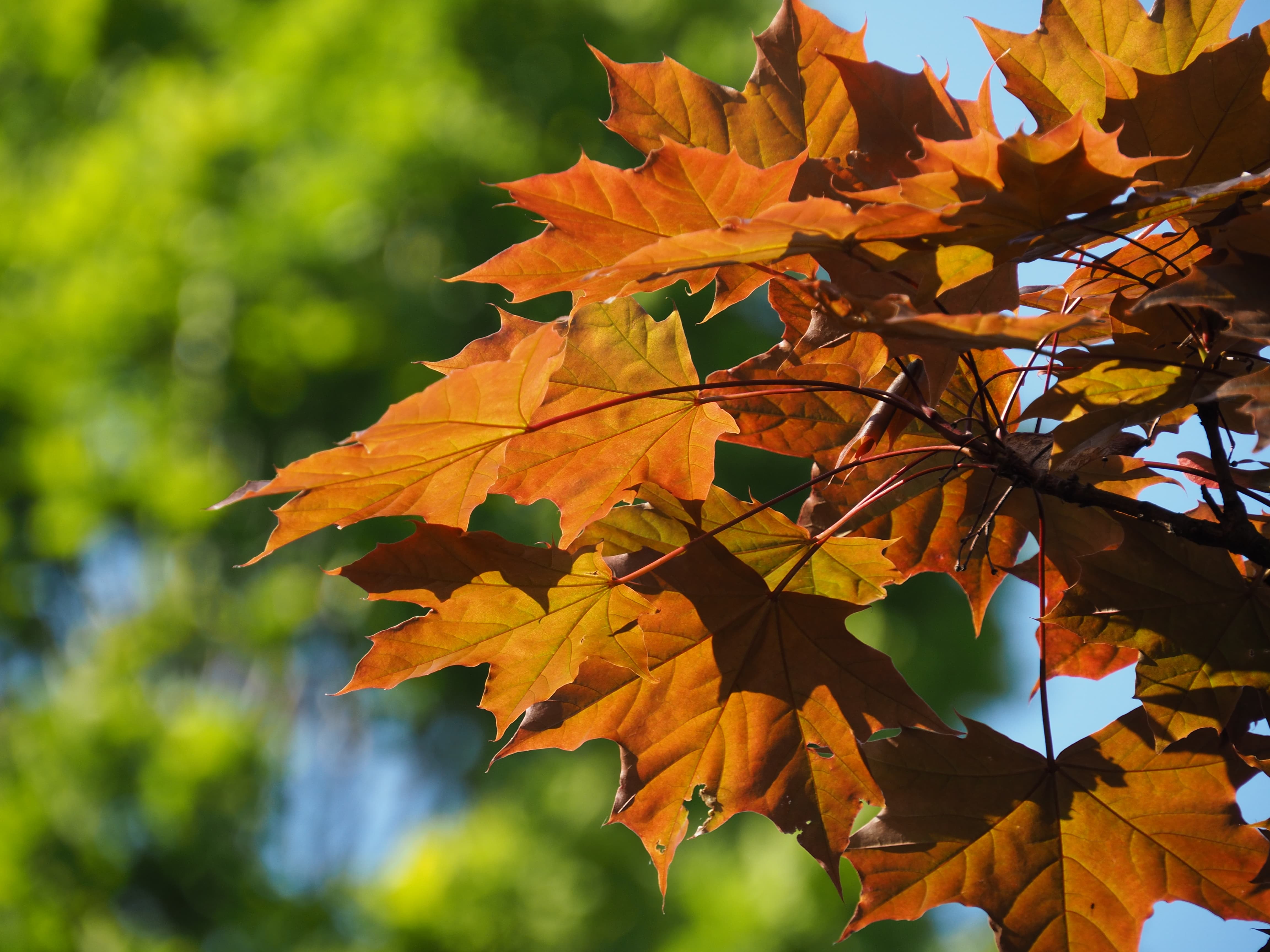 With its long focal length, the 12-200mm can deliver some nicely blurred backgrounds, especially when shooting close-ups. In fact I was pleasantly surprised by the attractiveness of the bokeh, which is usually a weakness of superzoom lenses. Flare resistance is pretty impressive too, given the complexity of the optical design.

Even a quick glance at our Image Engineering MTF tests reveals that this isn’t the sharpest optic you’ll come across. At wideangle it records very respectable central sharpness, but the corners lag behind. In the middle of the zoom range it’s not so sharp in the centre, and the corners are even softer. Zoom to full telephoto, and it’s simply not very sharp at all. For best results, select apertures around f/5.6-f/8. 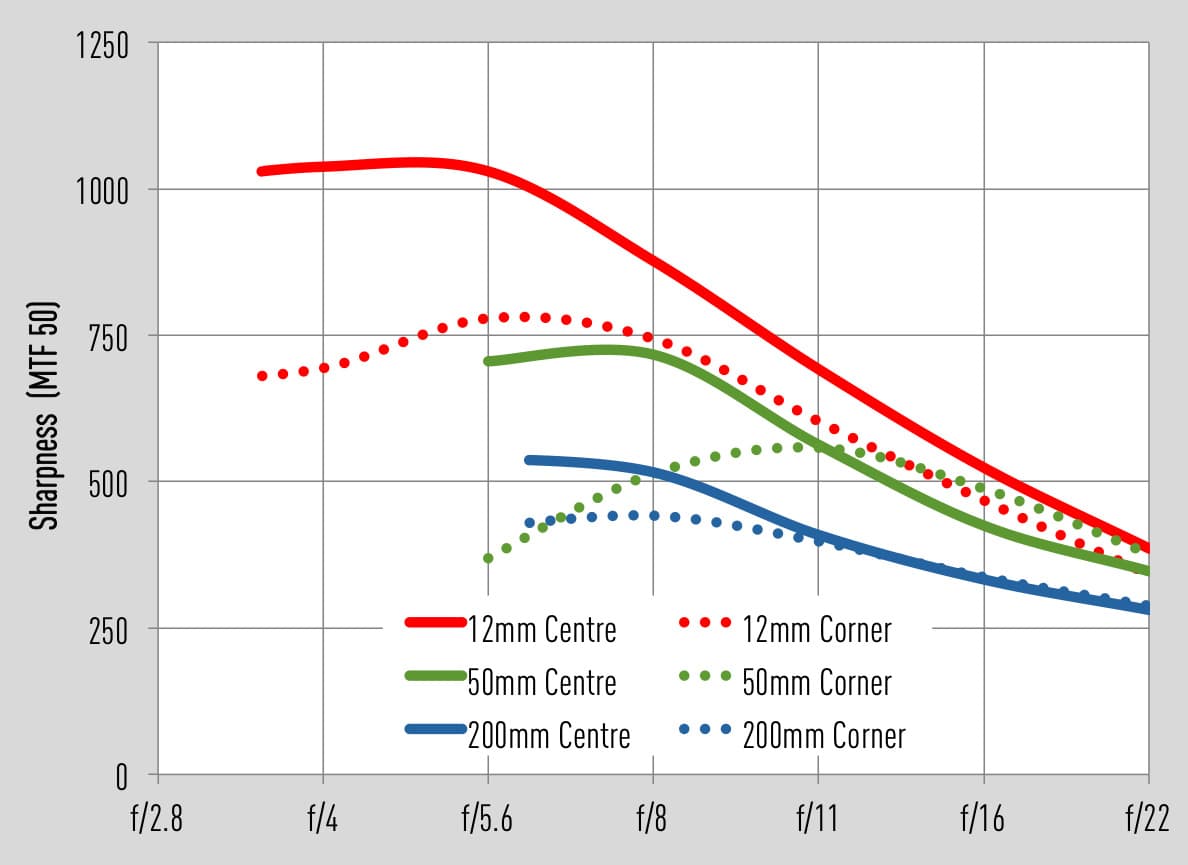 On the whole, vignetting doesn’t present much of a problem with this lens. There’s no appreciable shading with the aperture wide open either at wideangle or in the mid-range, but some does become visible at the telephoto end. Even then, you’ll probably only discern it with evenly-toned subjects, and it’s not especially objectionable anyway. It also decreases quickly on stopping down. 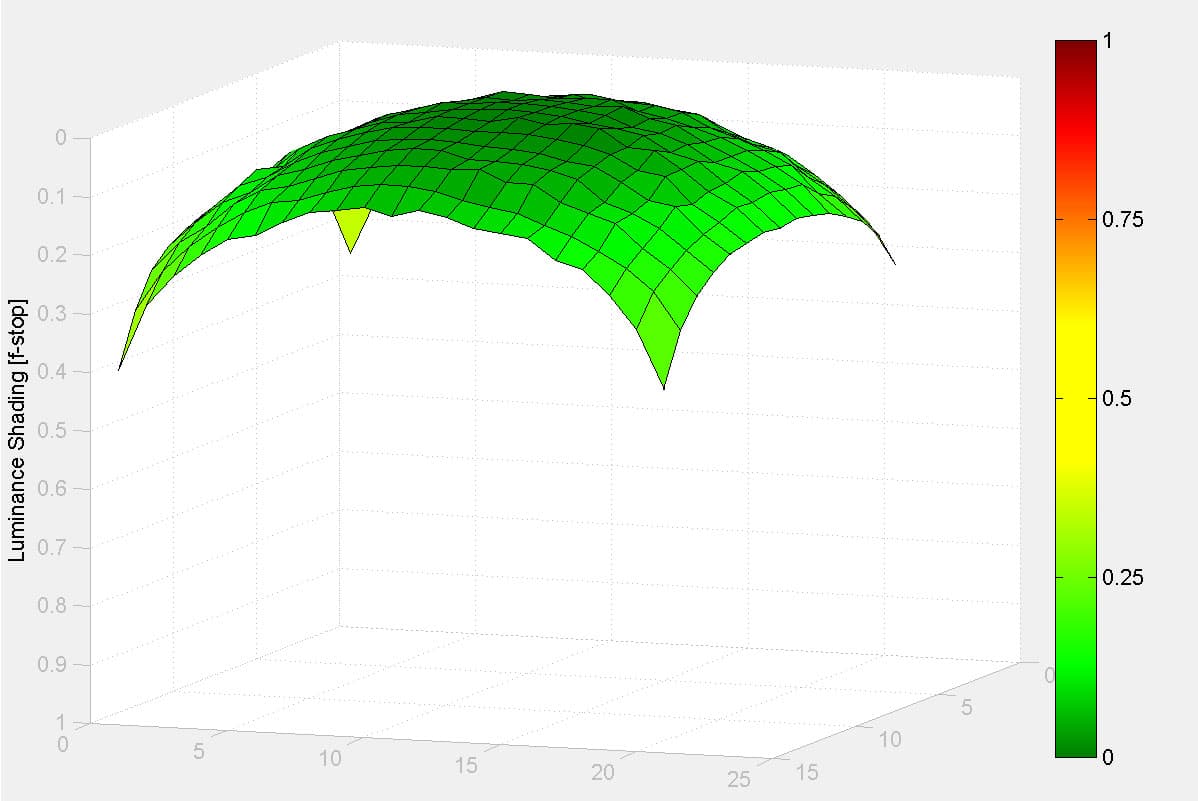 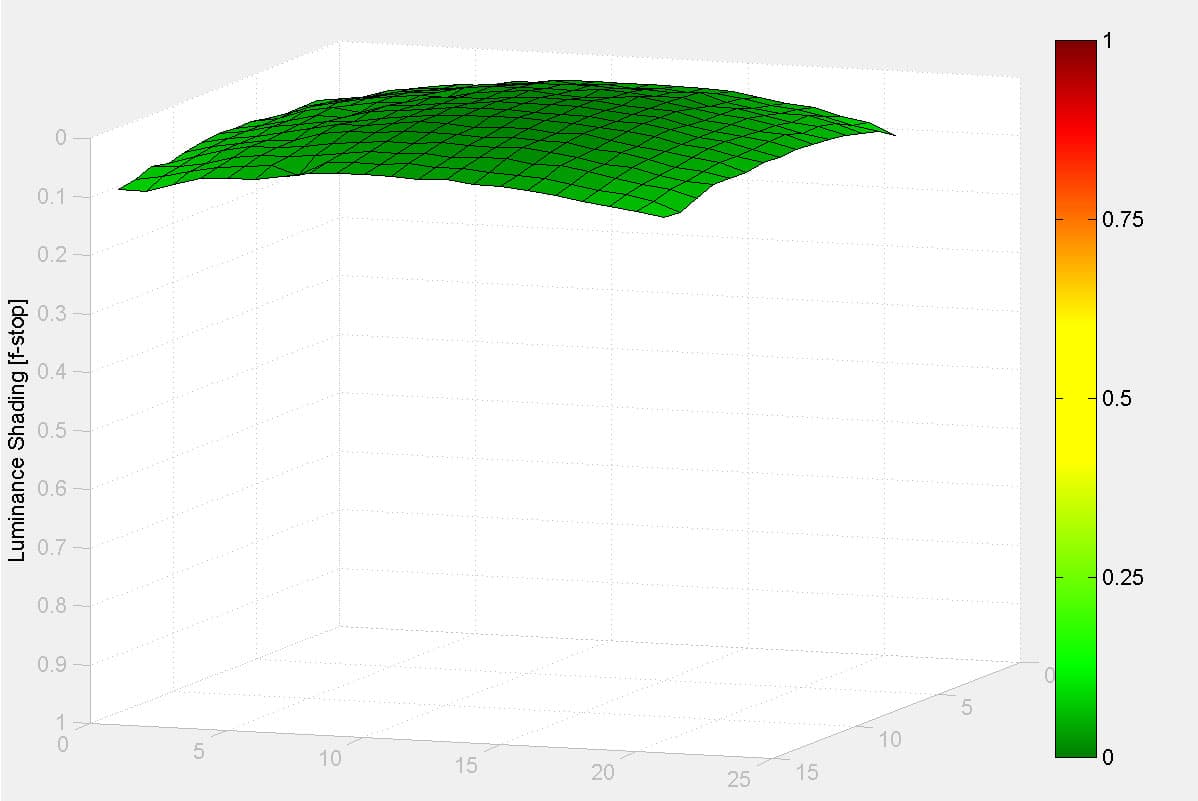 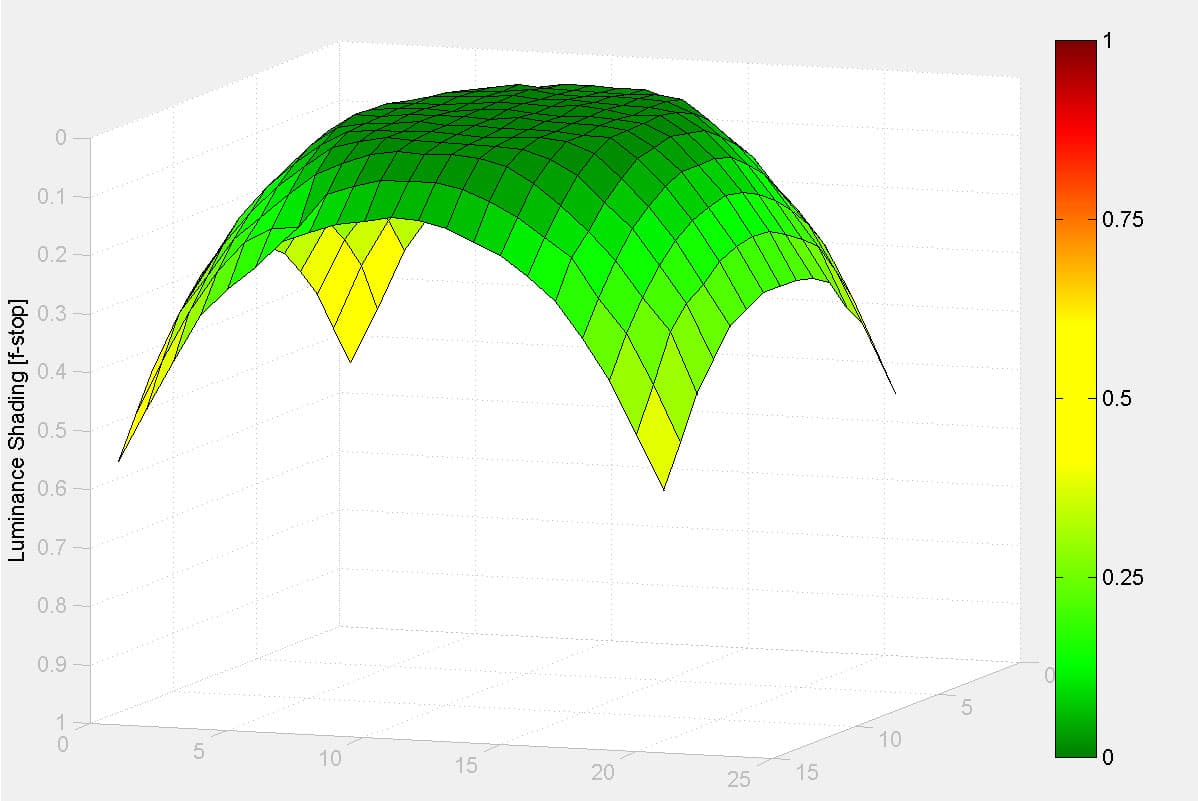 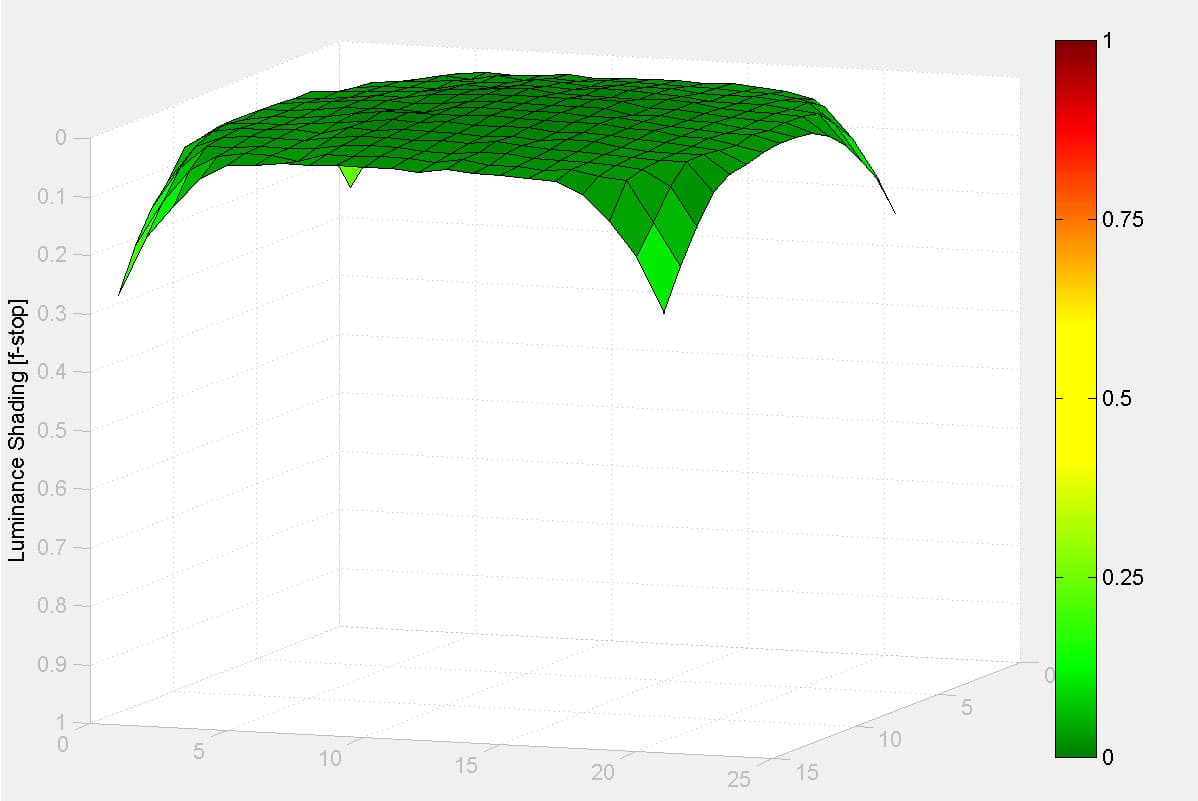 The Micro Four Thirds system uses integrated software compensation to deal with curvilinear distortion, applied automatically in-camera and with correction values recorded in the raw file metadata. As a result, you simply don’t see the massive distortion that you’d expect with such a long zoom range – it’s processed away automatically to give near-perfectly straight lines. 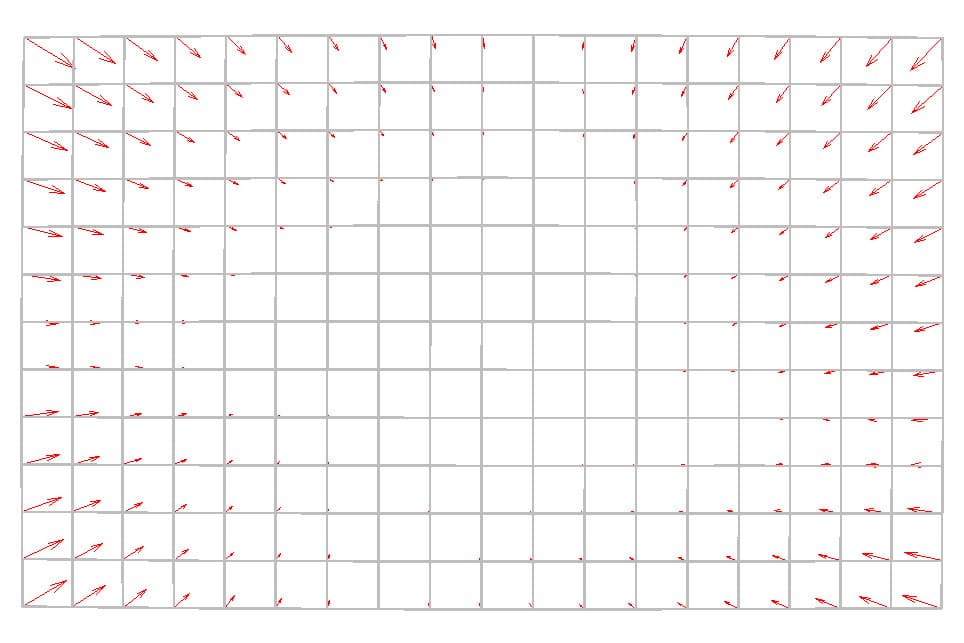 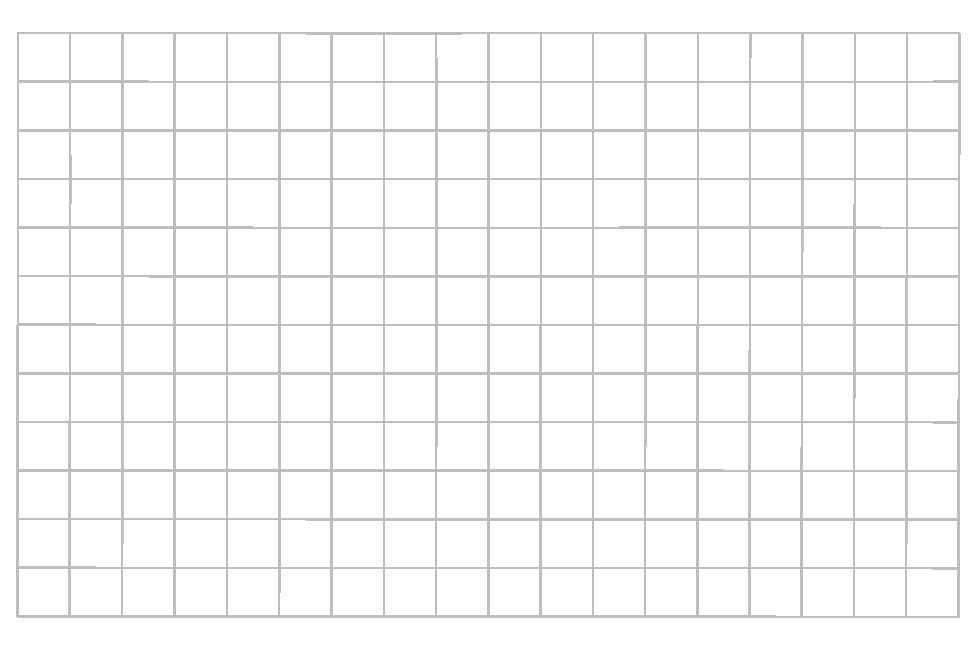 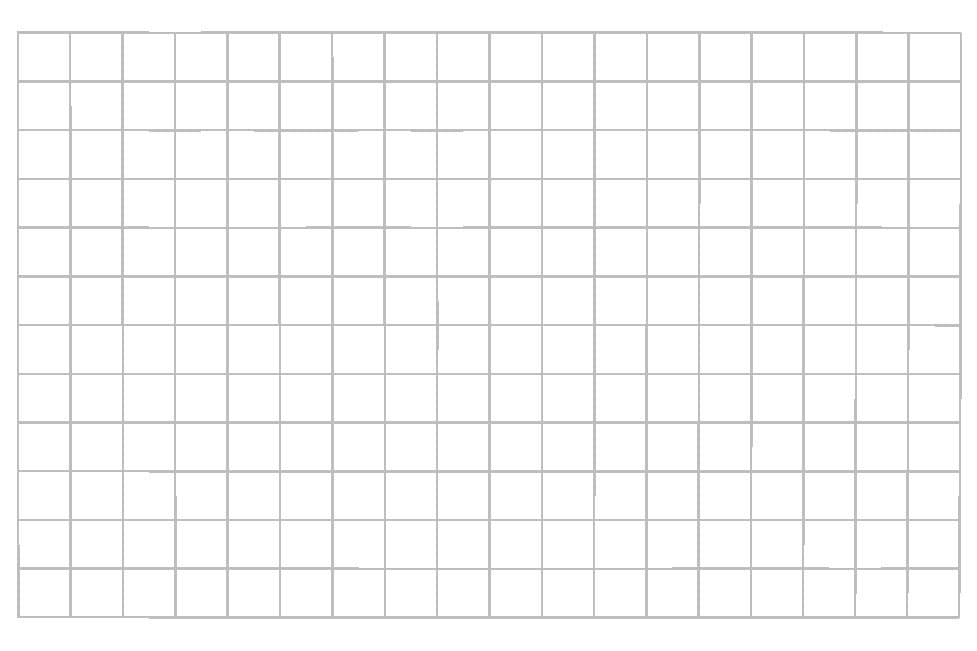 How you take to this lens will, ultimately, depend on what you value most in your photography. If you demand critical pixel-level sharpness, or indeed shallow depth of field, then look elsewhere. But if you value the creative potential of having a huge range of focal lengths in a single lens, it’s a really interesting option. Optically it may not be perfect, but it’s better than it has any right to be. 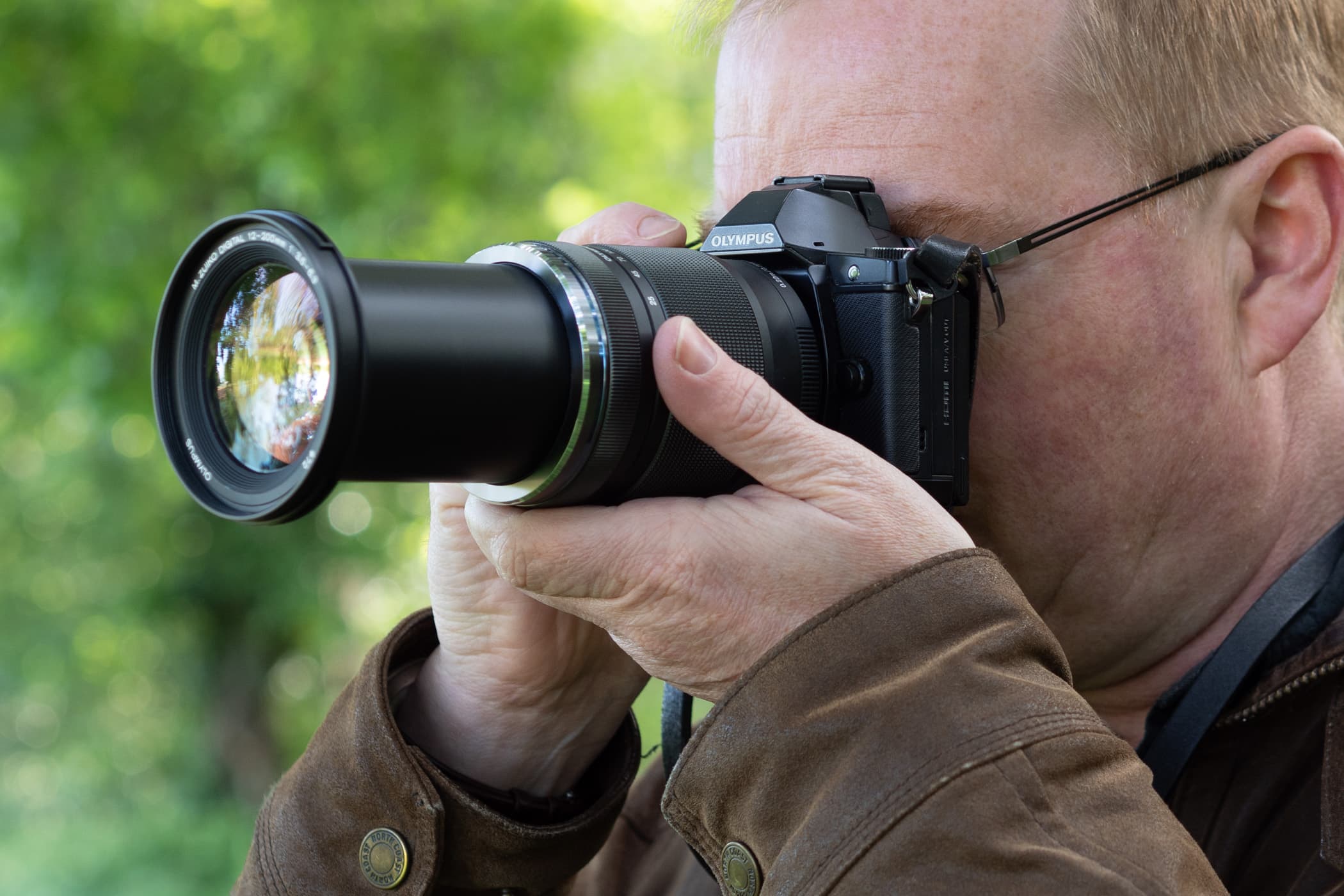 With its massive zoom range, the 12-200mm is ideal for travel photography

Indeed with its massive zoom range, impressive close focus and weather-resistant construction, this really is a lens that can tackle almost every kind of subject. But it’s not well suited for low-light shooting, so I’d pair it up with one or two of Olympus’s small f/1.8 primes for a lightweight travel kit. 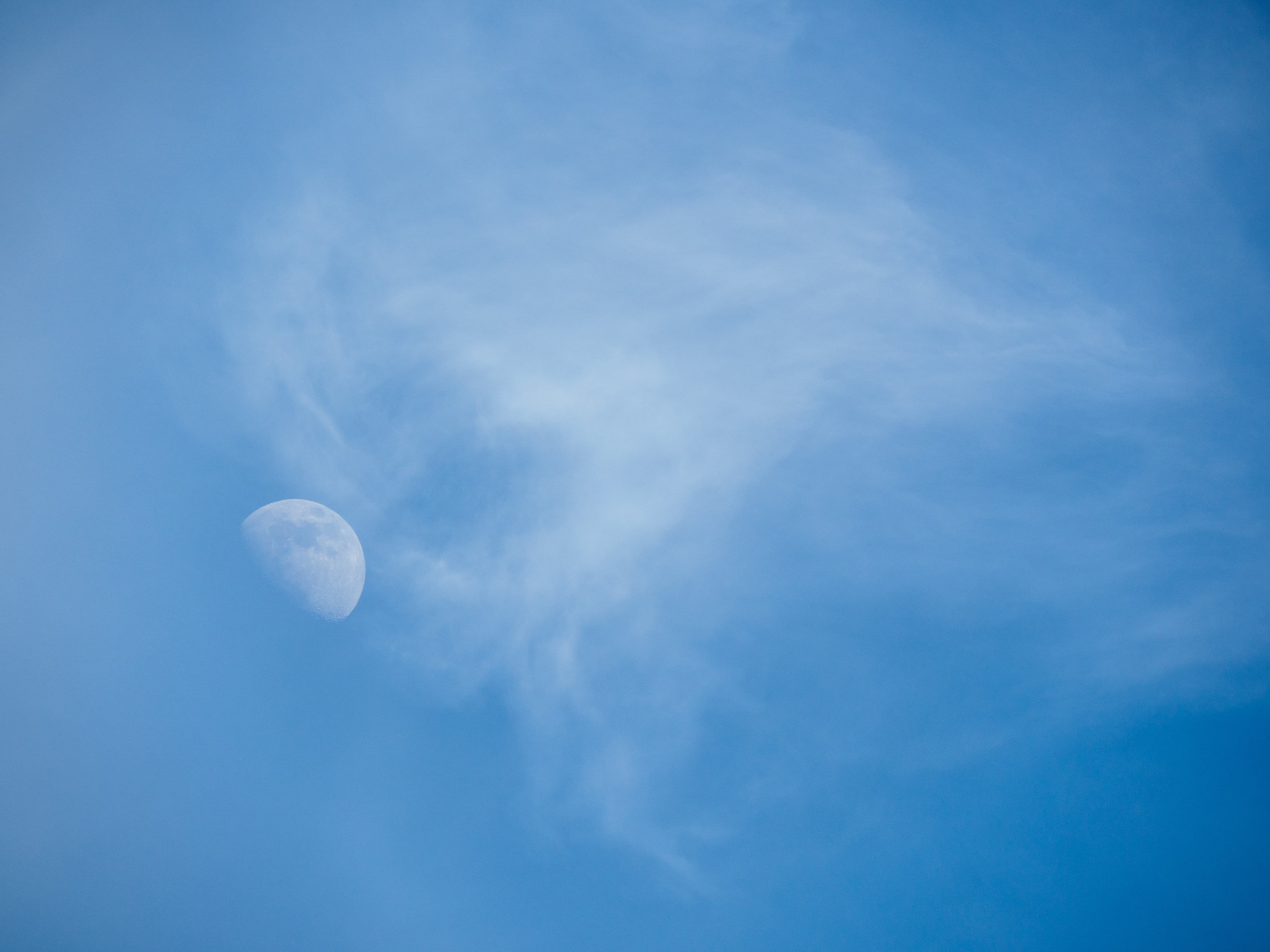 Overall, if you like the idea of a compact all-in-one lens, the Olympus 12-200mm is certainly worth a look, and a clear step up from the firm’s cheaper 14-150mm in terms of versatility. It’s far from the sharpest lens I’ve ever used, but I’ve really enjoyed shooting with it. 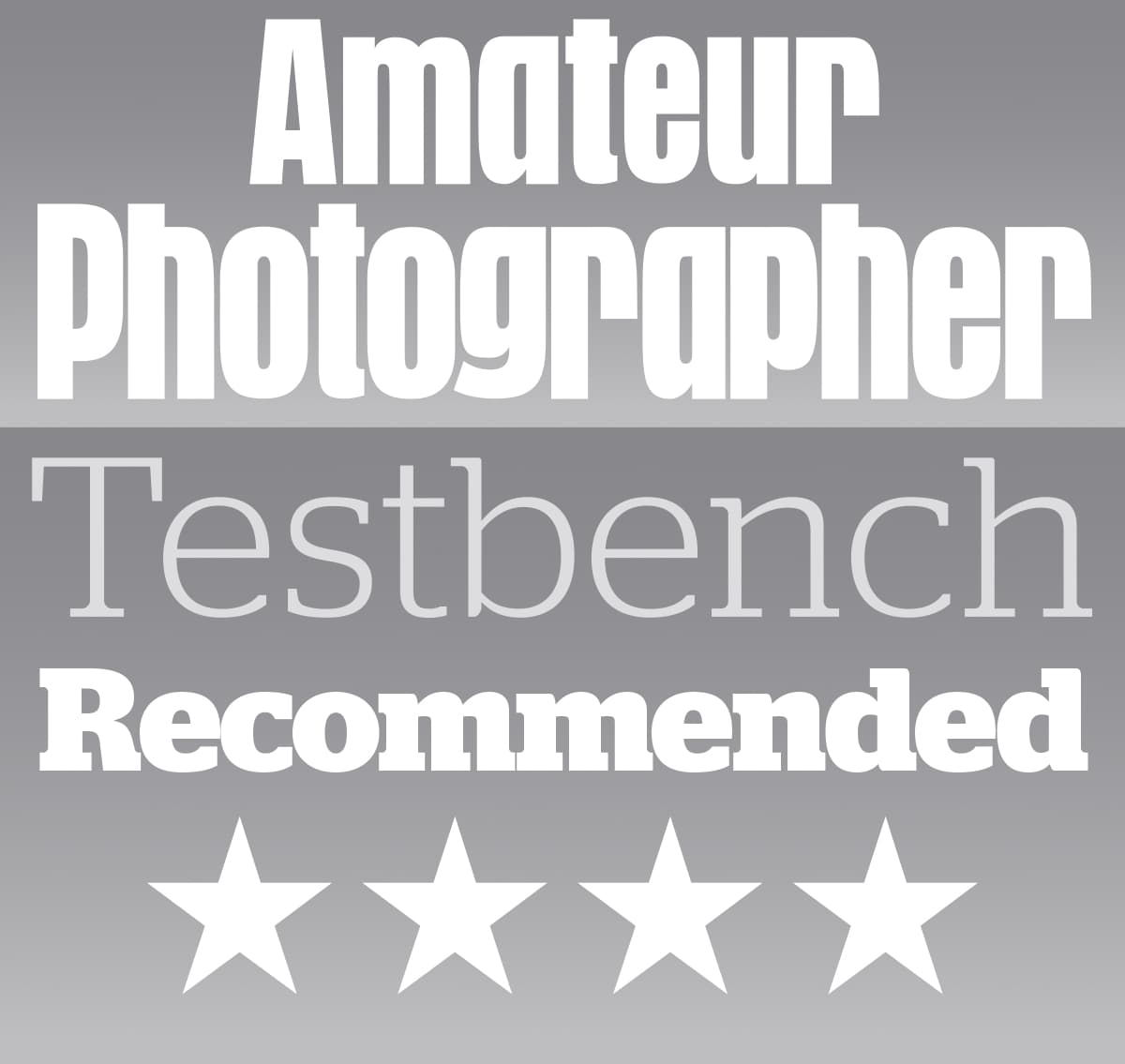