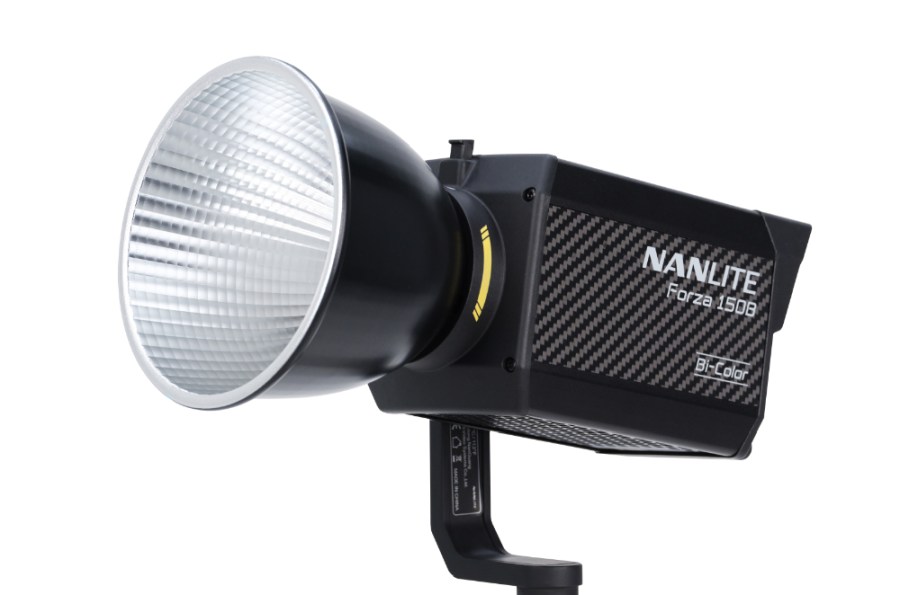 Nanlite has launched the Forza 150B bi-colour LED spotlight, which is a bi-colour version of the company’s Forza 150 light.

The Forza 150B is said to offer ‘greater’ correlated colour temperature (CCT) flexibility in a compact form factor with optimal fan control.

It can be used for lighting on-the-move, as a uniform light for use in live streaming, for lighting interviews or when working in small spaces. 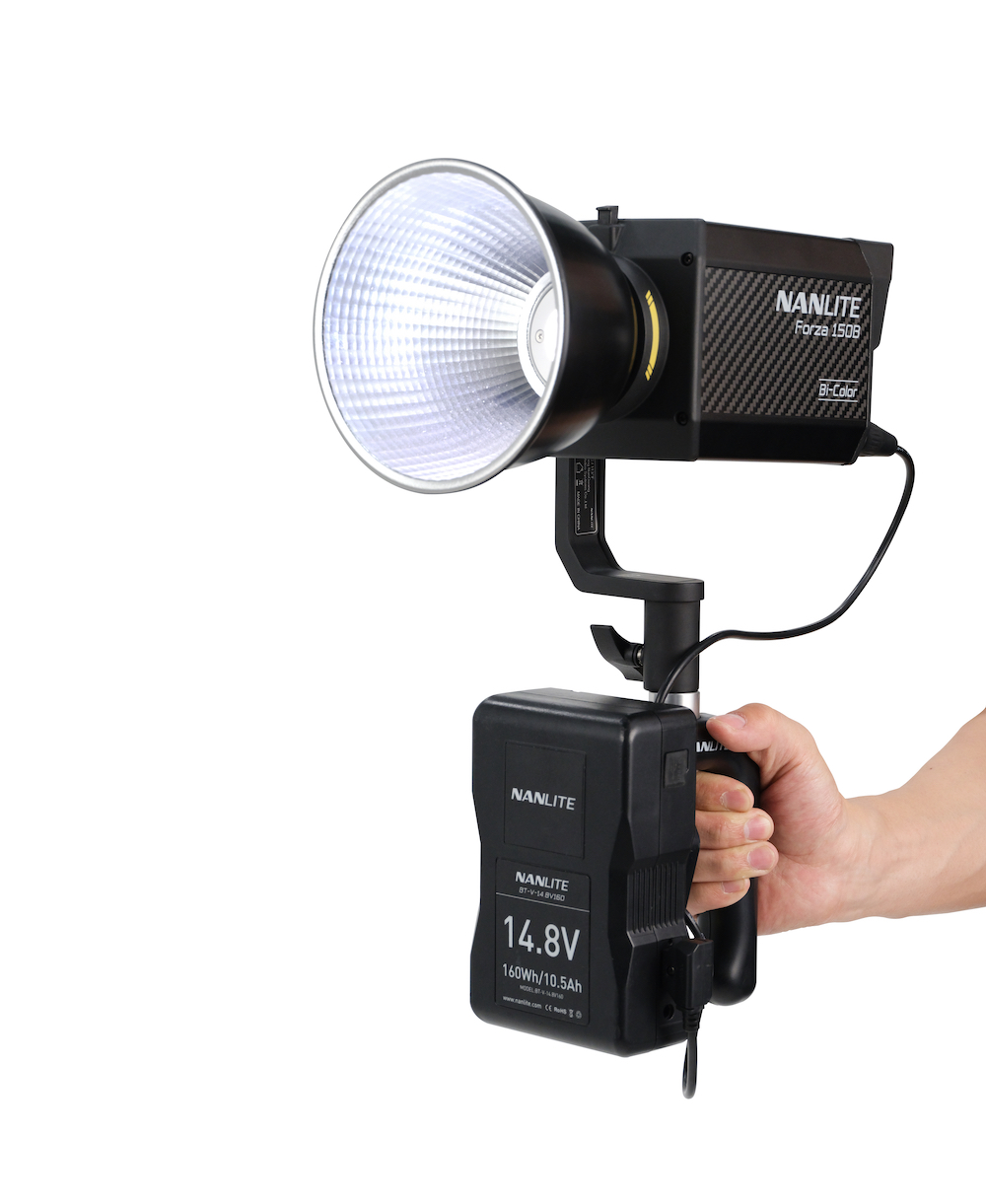 Hand-holding the Nanlite Forza 150B for on-the-go shooting

Nanlite says that the Forza 150B has made ‘genuine progress’ in terms of colour quality and colour accuracy.

Colour accuracy is said to have been has been ‘perfected through rigorous testing of rendition, fidelity, and saturation.’

The all-in-one Forza 150B is constructed of durable metal and carbon-fibre making it both lightweight and sturdy.

It has a two knob and one button user interface for straightforward, intuitive operation.

For wireless lighting operation the 150B features Bluetooth and 2.4G, allowing for connection to the Nanlink app for more controllability.

There is also DMX/RDM compatibility via an additional 3.5mm wired connection cable.

An intelligent fan control system is silent, so lighting setup and audio collection won’t interfere with each other in scenarios such as close-range filmmaking, interviews, small scene dialogues, live streaming, etc.

Operating the settings of the Forza 150B via the Nanlite app

The effects are also fully adjustable for intensity, colour temperature and speed levels through on-board operation or the Nanlink app.

The Forza 150B also connects with Bowens Mount modifiers, via an included adapter, to allow for more possibilities for light shaping and creative set-ups.

Nanlite’s managing director Nancy Zheng commented, ‘Every Nanlite product has been developed with professionals in mind. The Forza 150B is no exception. The ultimate goal is always to make life easier for them with every new product joining our expanding line-ups.’ 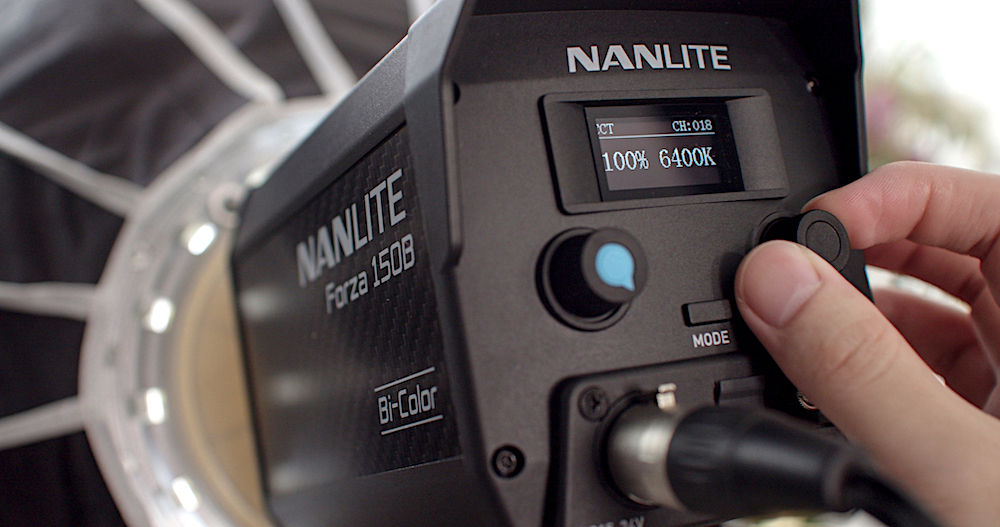 It costs £563 but first time customers may be able to take advantage of a 10% discount online.