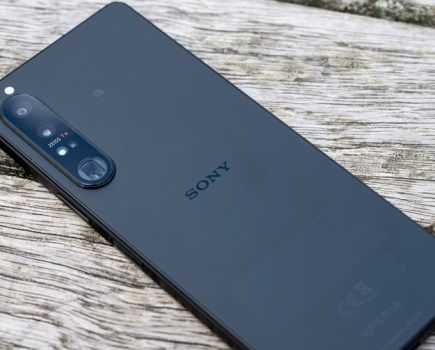 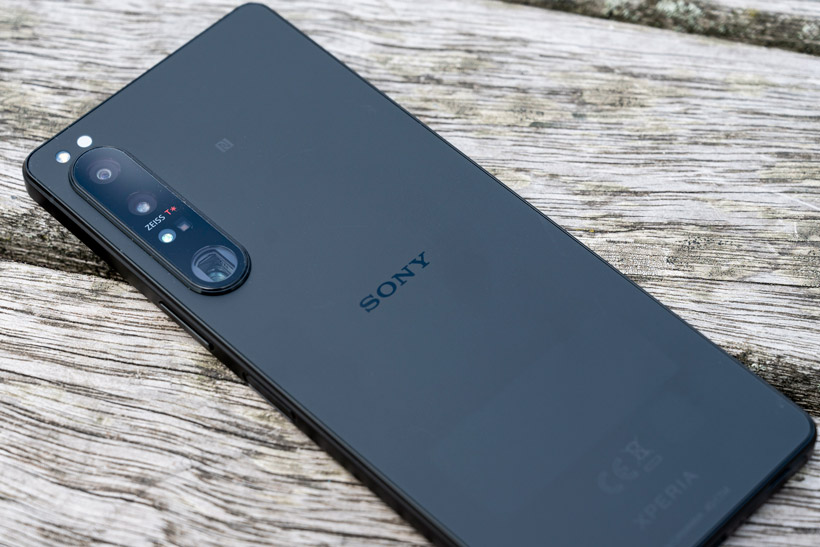 Although Sony makes some of the best cameras on the market, it’s struggling to keep up with the likes of the big players in the smartphone market, most notably Samsung and Apple. In recent years, Sony has released a number of high-end smartphones, with high-price tags and camera specifications which are designed to appeal hugely to enthusiast photographers – but have they succeeded in producing something special with the bizarrely named Sony Xperia 1 IV. 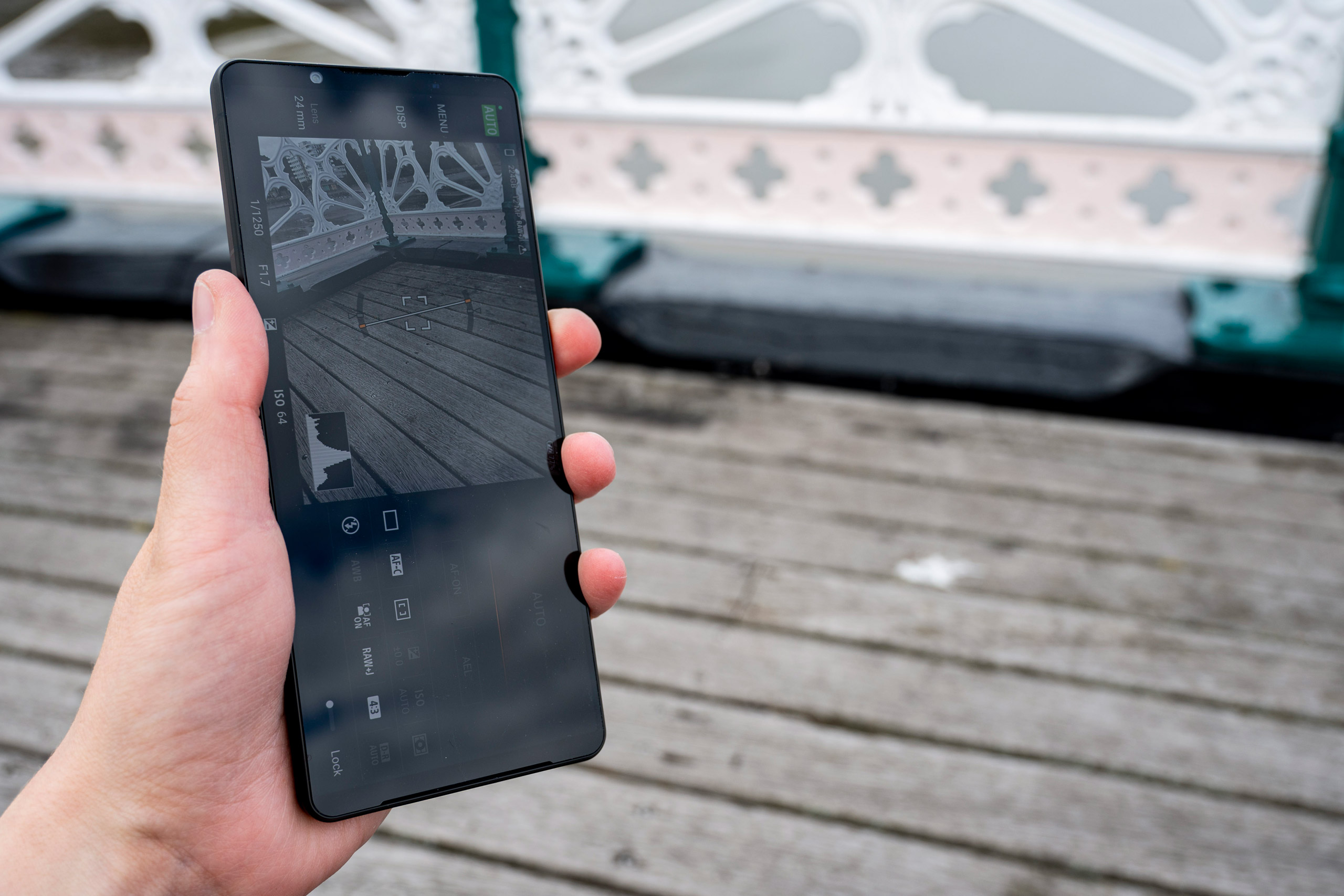 Let’s see how it stacks up…

In terms of the camera setup, there’s a triple lens setup. All three cameras offer 12 megapixels, though the physical sizes of the sensors differs between the trio. The largest of the sensors (1/1.7”) is found behind the 24mm f/1.7 “main” lens). Joining it is an ultra wide angle lens (16mm equivalent, f/2.2), which sits in front of 1/2.5” sensor. Lastly, there’s 1/3.5” sensor which is accompanied by a zoom lens – a rarity in the smartphone world. With this lens you can move between 85-125mm (equivalents), with the aperture changing between f/2.3-f/2.8 as you zoom.

The Xperia 1 IV’s design probably won’t appeal to everybody. It has a 6.5” inch 4K HDR OLED display, which proves to be very bright and very detailed, but the phone itself is on the long and narrow side which makes some tasks a little awkward – such as touching anything towards the top of the screen when holding the phone one-handed. 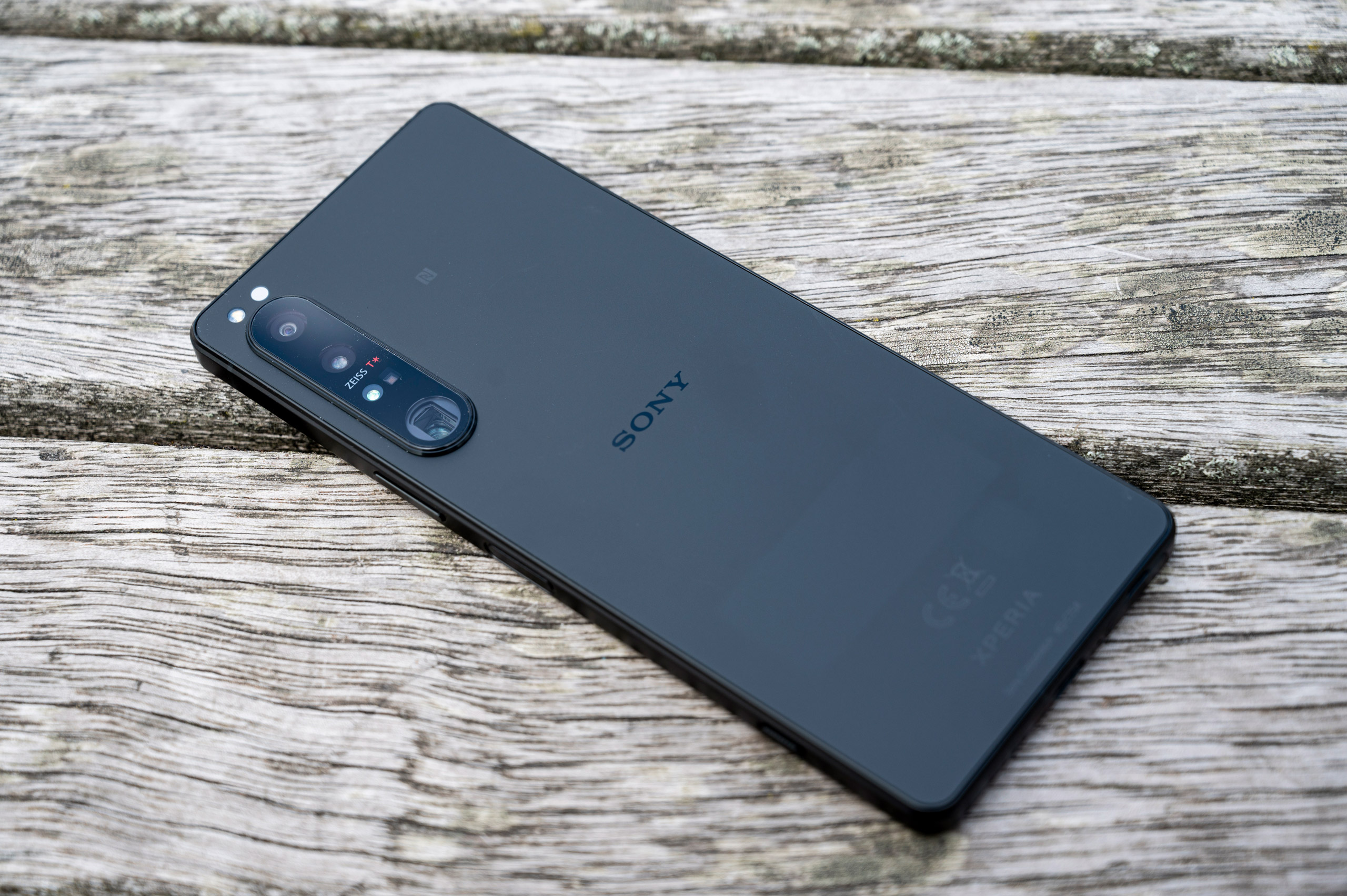 Other than that, it’s a very “ordinary” looking phone, but if you like things simple and sleek maybe that will appeal to you. The display doesn’t take up the whole of the screen, with a thin bezel running its way around the entire screen. On the plus side, this means there’s no “notch” at the top of the screen where the front-facing camera sits, but on the down side, you do lose some of the available real estate.

Sony says that it has brought across a number of camera technologies from its Alpha range of mirrorless cameras. For that reason, you get things like Real-time Eye AF, object tracking, and the ability to record at 20fps. If you already have an Alpha camera, you can use the 1 IV as an external monitor, which can be useful for video work. Speaking of which, 4K video recording at up to 120fps is available – with content creators being a core demographic that Sony is aiming the phone at. 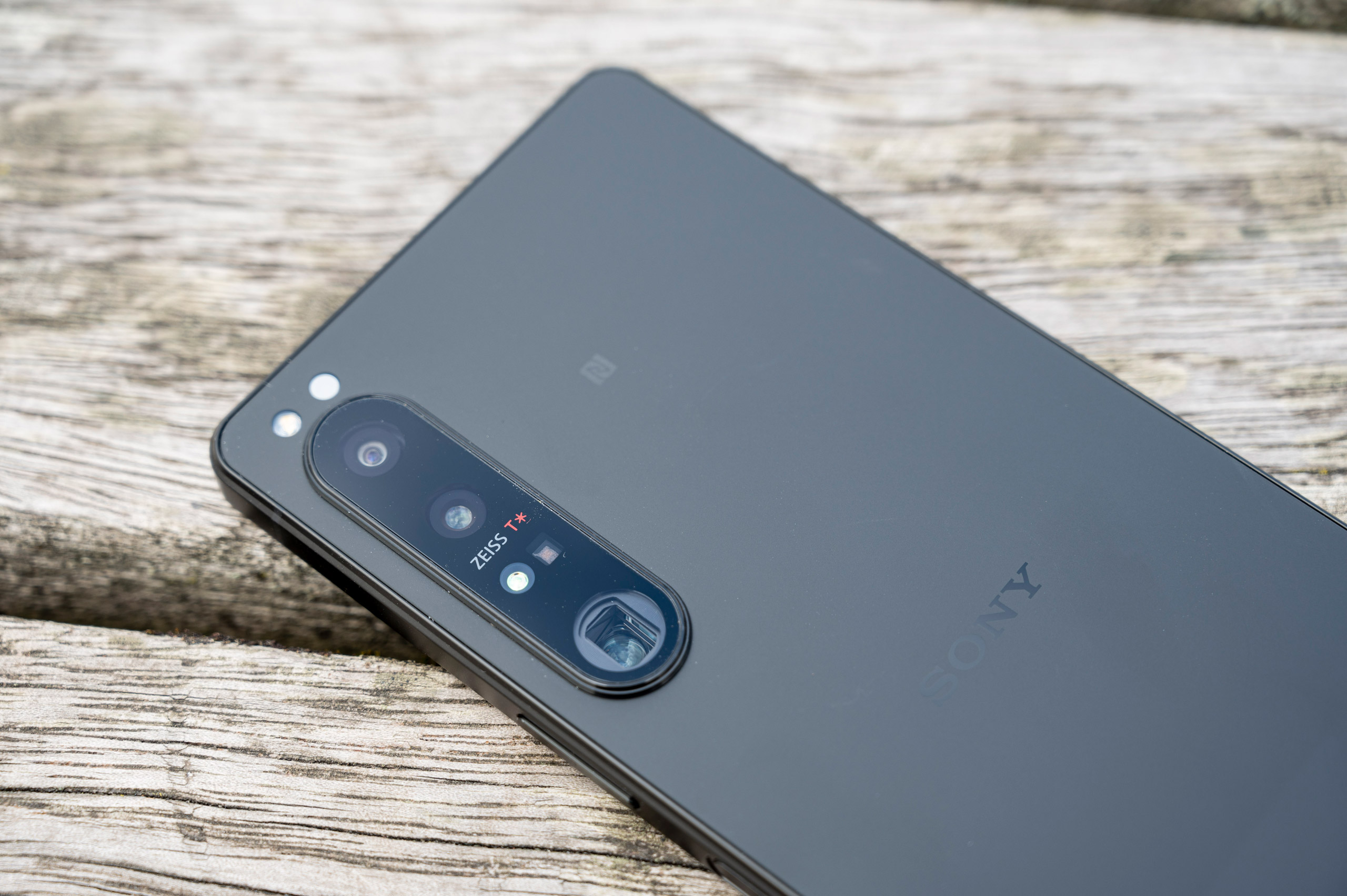 Other useful features include a 3.5mm headphone jack, a 5000mAh battery with wireless charging and quick charging compatibility and the ability to live stream to social networking sites.

Sony Xperia 1 IV at a glance:

In some ways, Sony’s native camera app for the Xperia 1 is very extensive, and in other ways, it’s bafflingly limited. 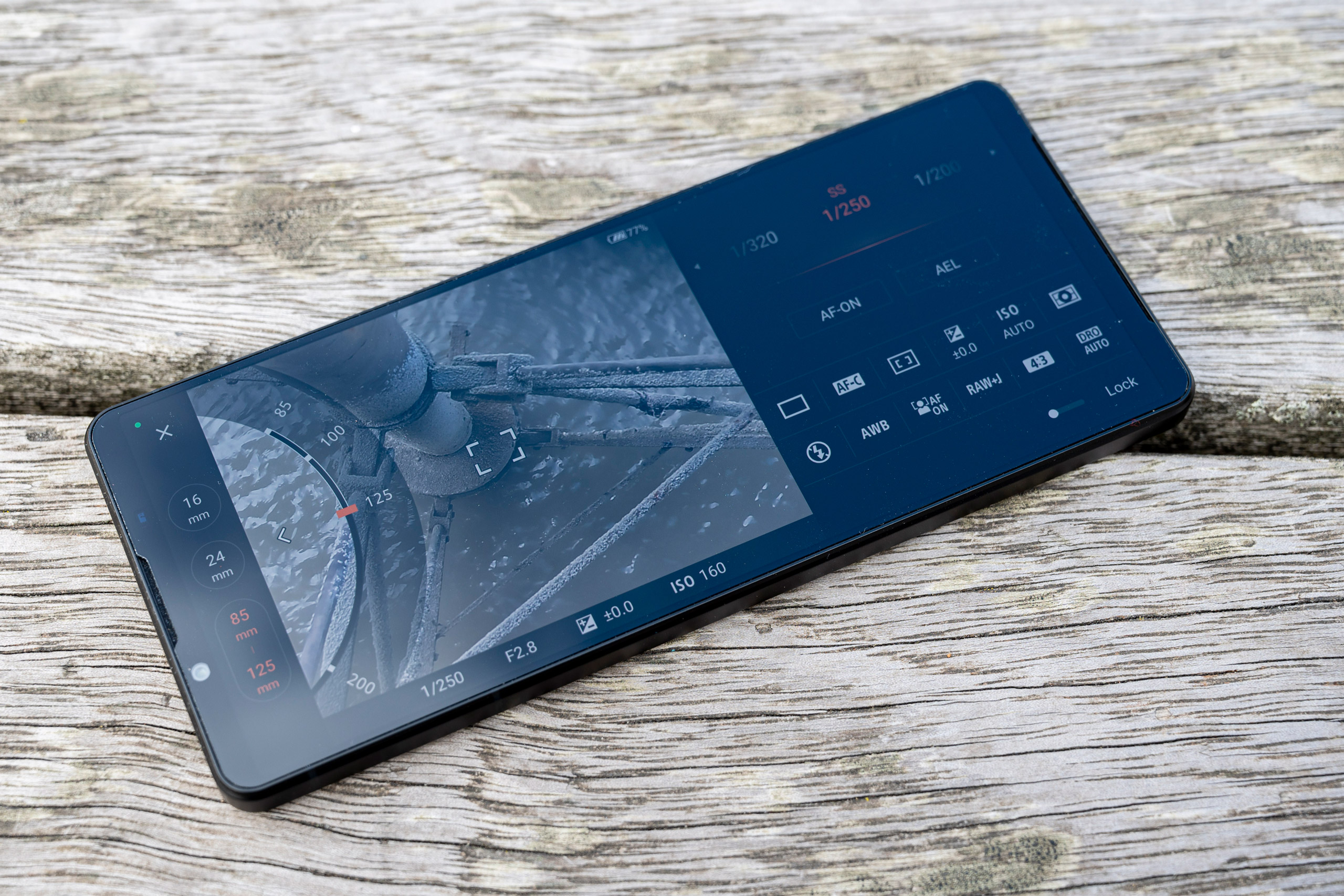 Clearly, Sony believes that the enthusiast photographer who will be drawn to a phone like this doesn’t want the fripperies of modes such as “Portrait”, “Close-Up” or “Night” that you’ll find on other similarly priced smartphones, and has therefore decided to do away with them altogether. 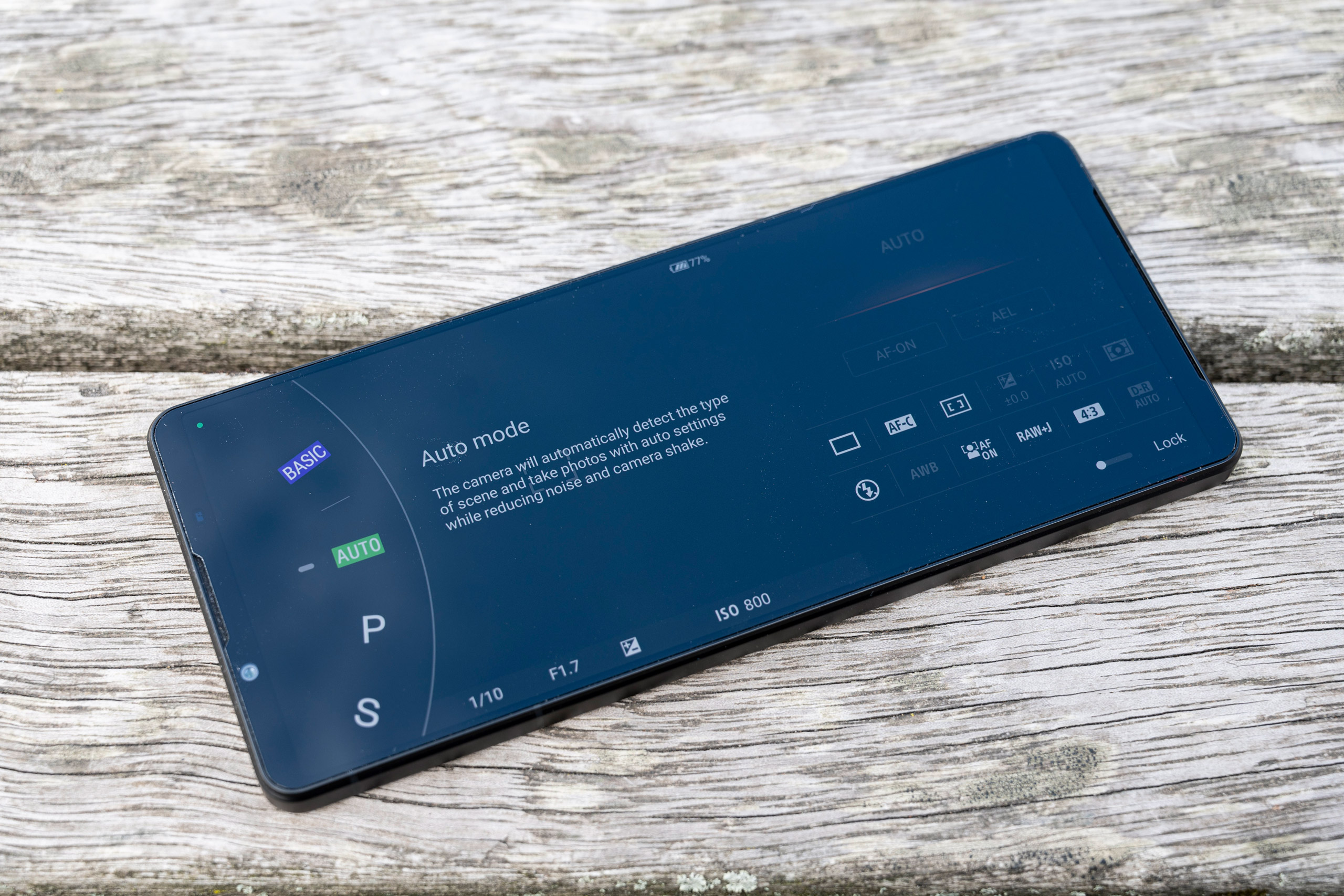 In the basic mode – you can choose between the different lenses, as well as switch on a “bokeh” mode, a rough approximation of a typical “portrait” mode you might see on other smartphones. This is also the only mode in which you can record video clips, and, even more frustratingly, it’s the only mode in which a shutter button appears on the screen. 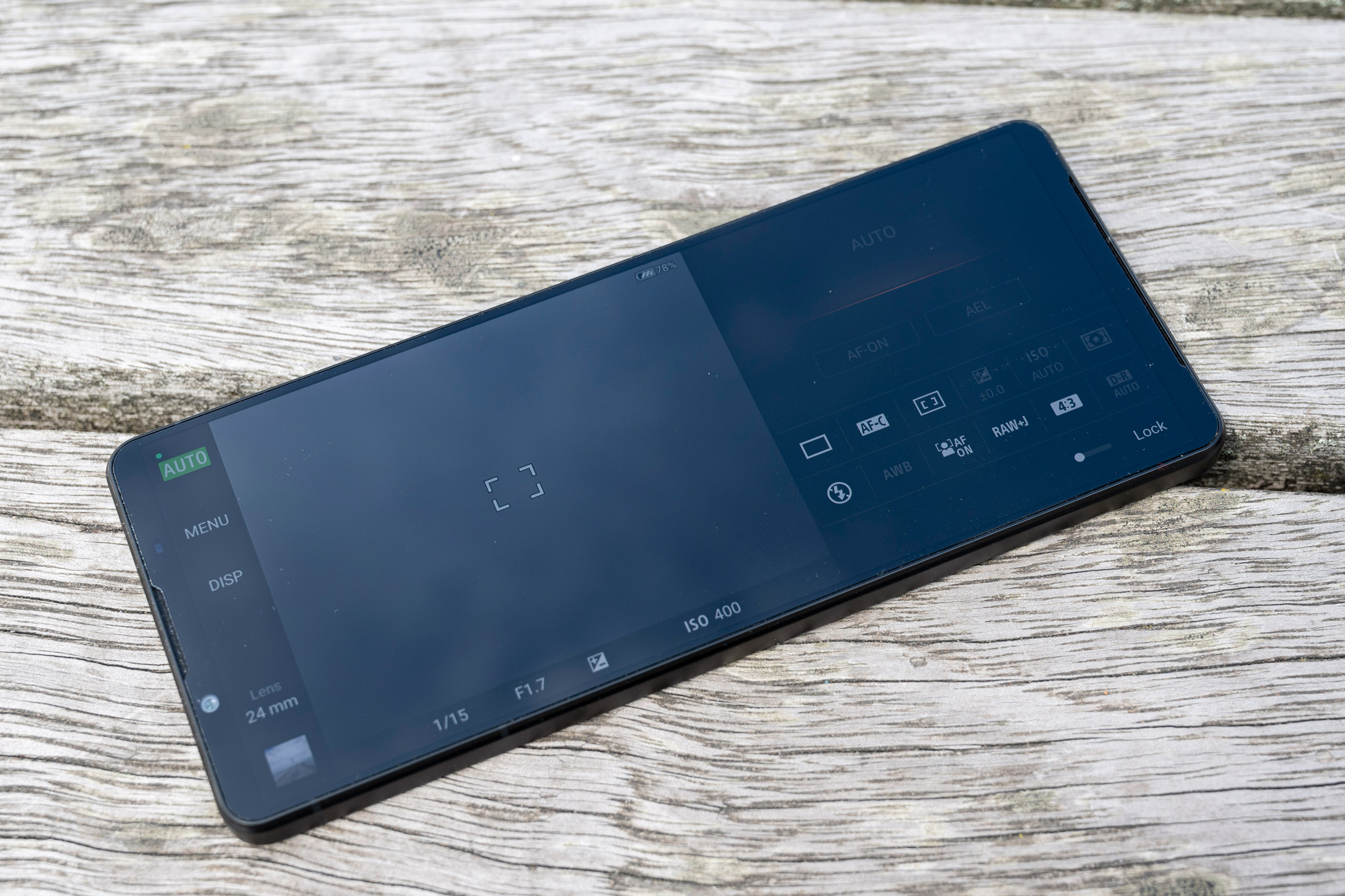 Heading to the Auto mode reveals a more elaborate display, where you can switch on functions such as continuous autofocus, change the focus area, the aspect ratio and even activate raw format shooting. All of this appears on a display that sees you lose half the screen to settings, and, it will only appear in horizontal (landscape) format. You might expect the settings to rotate when shooting portrait images – but sadly this is something Sony still hasn’t fixed from earlier iterations of its Xperia phones.

Now you’re in Auto mode, you also won’t be able to use an on-screen button to take your picture. You’re now forced to use a physical shutter button. This is apparently because “enthusiasts” prefer the tactile nature of a physical button. Something which sounds believable, but in practice is often incredibly annoying – again particularly when you want to photograph something in portrait format as said button is awkwardly placed in the bottom right hand corner when doing that – safe to say it would have been nice to have the choice of either a physical button or an on-screen option depending on what you’d prefer for each shot. 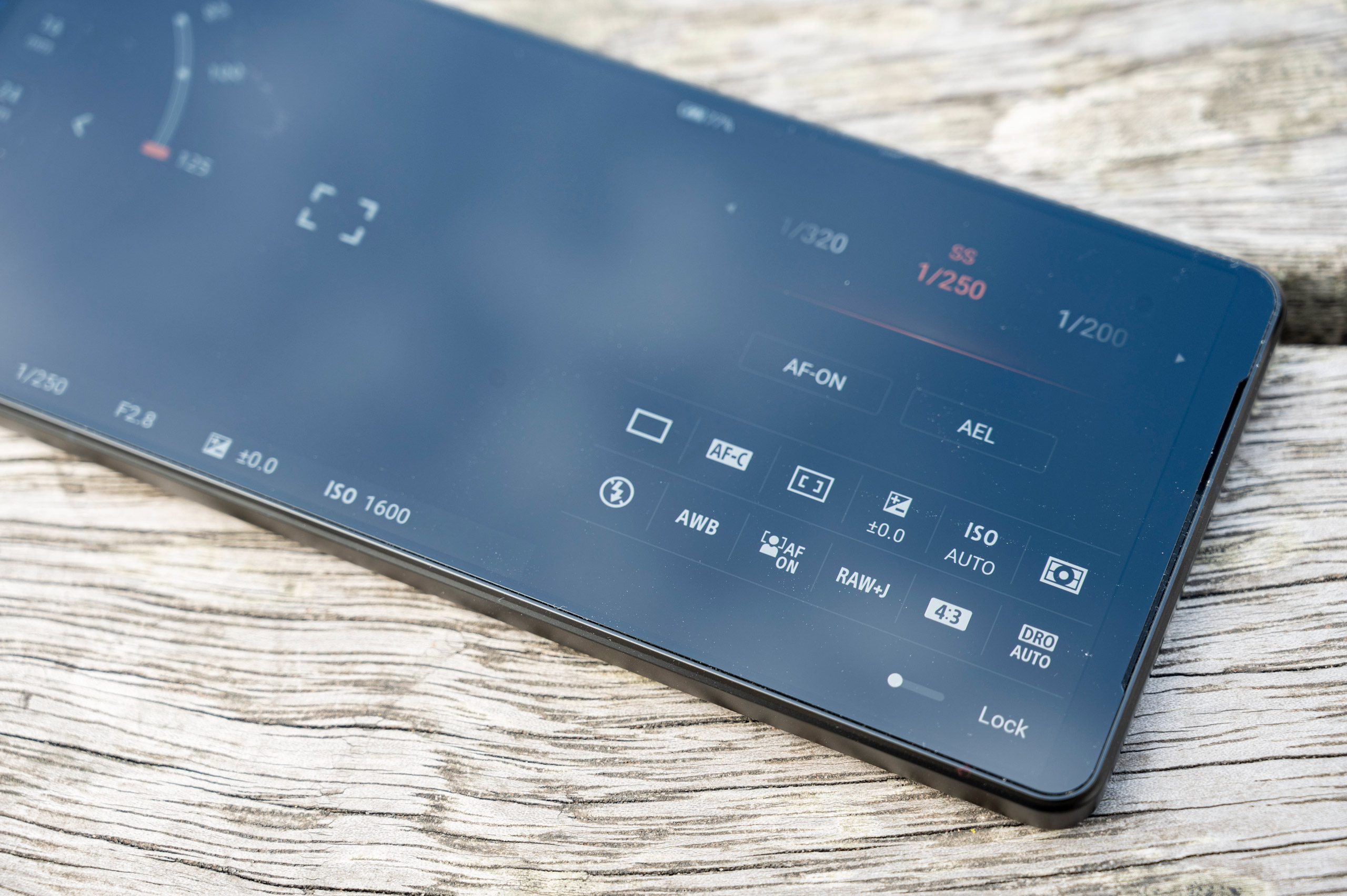 If you move round in to the even more advanced options you’ll be able to make even more changes, such as to shutter speed, exposure compensation, metering mode, white balance and so on. This is good news for enthusiasts who do indeed want to take full control of what their smartphone camera is doing, but it’s very likely to be overkill for most average users to have all of these different manual / semi-automatic modes. While it’s nice to have all of these options, having them at the expense of other more “usual” smartphone modes, rather than in addition to, is a bit of a let down.

The Xperia 1 IV is capable of taking some very nice images indeed, but there are some worrying limitations for a phone of its price. 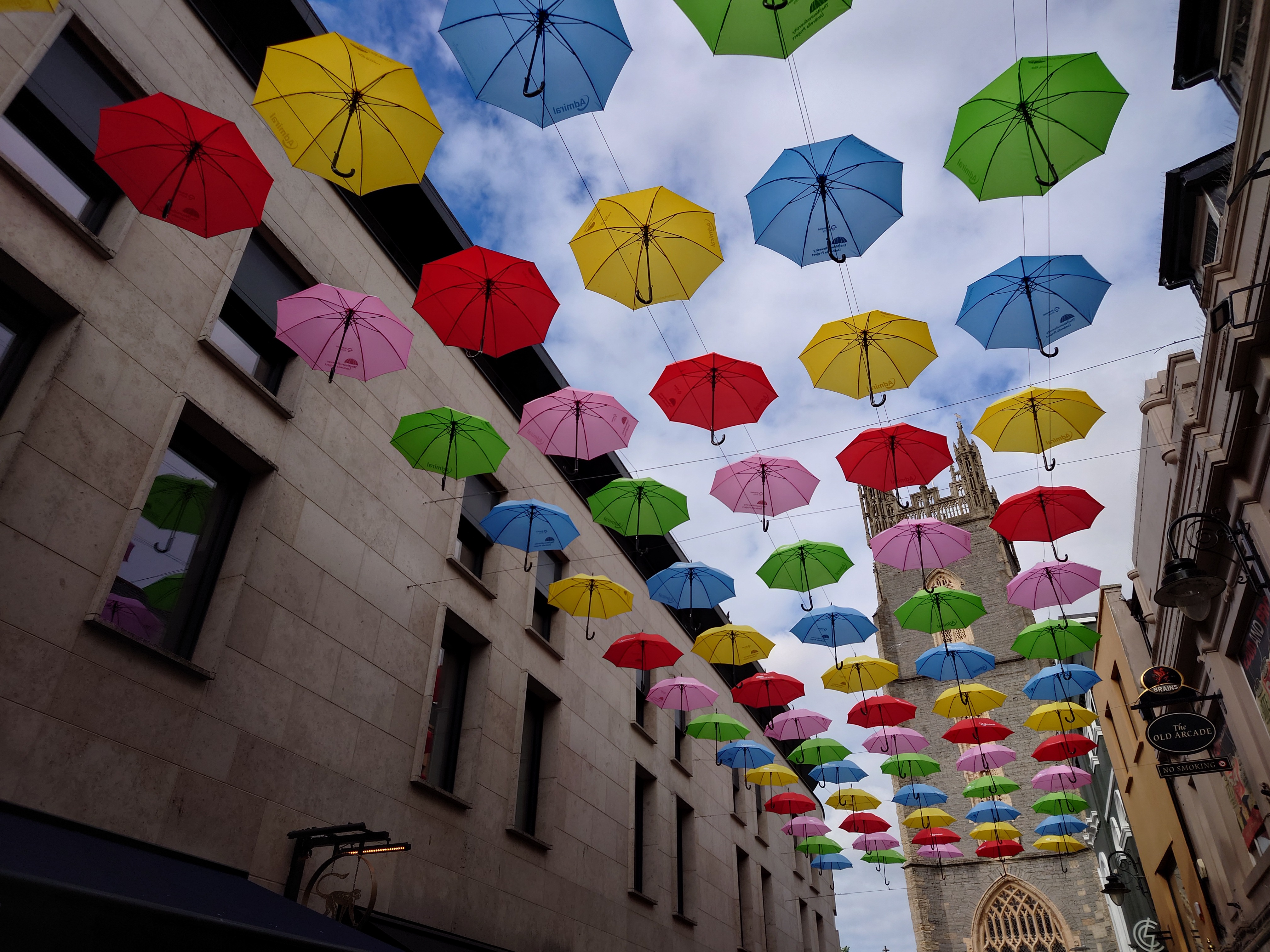 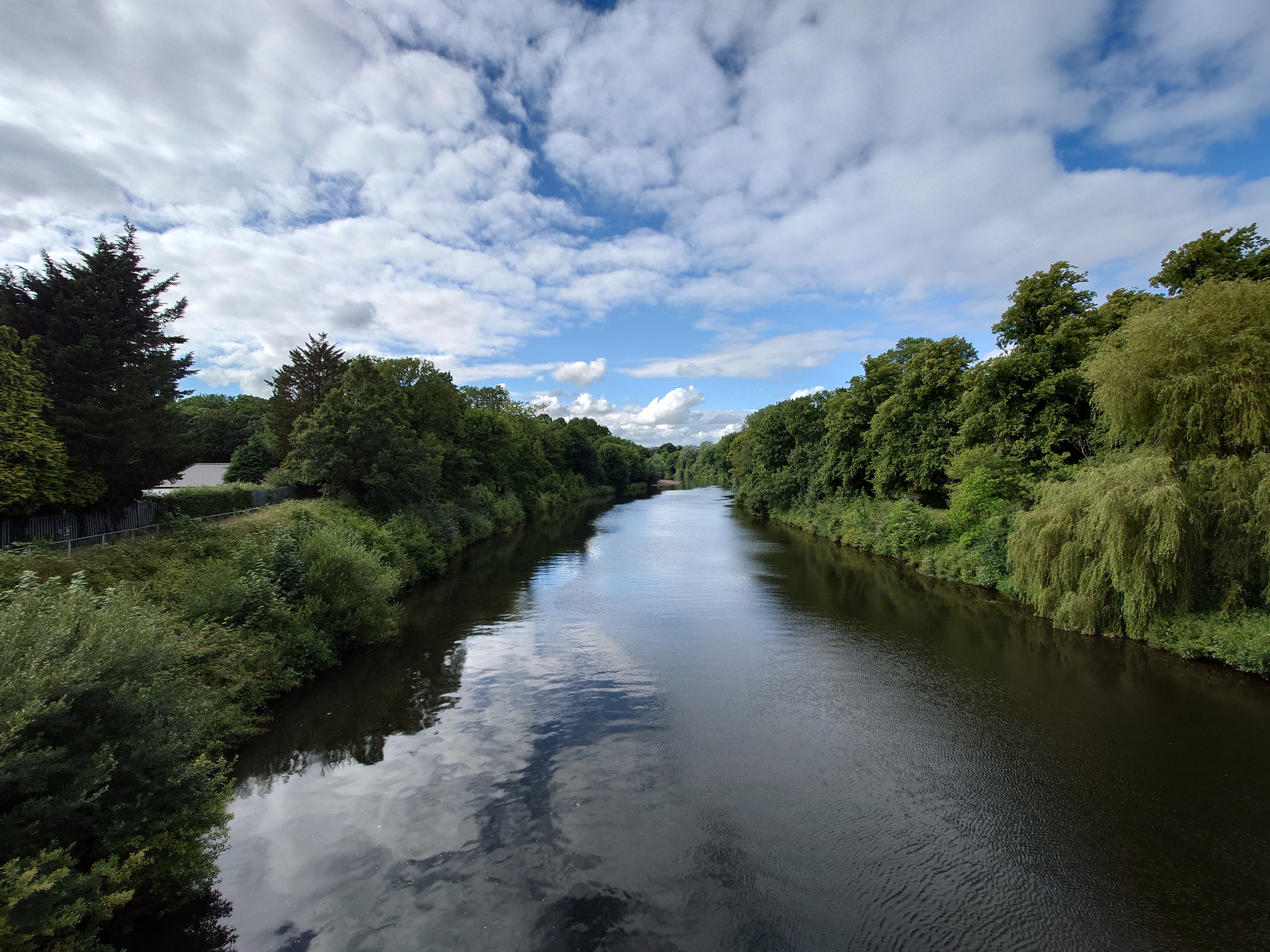 Real-time Eye AF does a good job of identifying and following eyes (both human and animal) around the frame, helping to keep portrait shots sharp where they should be – though it’d be nice to have a more extensive portrait mode to use with said functionality too. In general, the camera is good at keeping up with moving subjects – but it feels like 20fps will be rarely used for any significant purpose with a smartphone, particularly when the best lens/camera is 24mm. Combining 20fps shooting with the zoom lens may technically be possible, but the results aren’t good enough to get even close to excited – so you probably simply won’t bother. 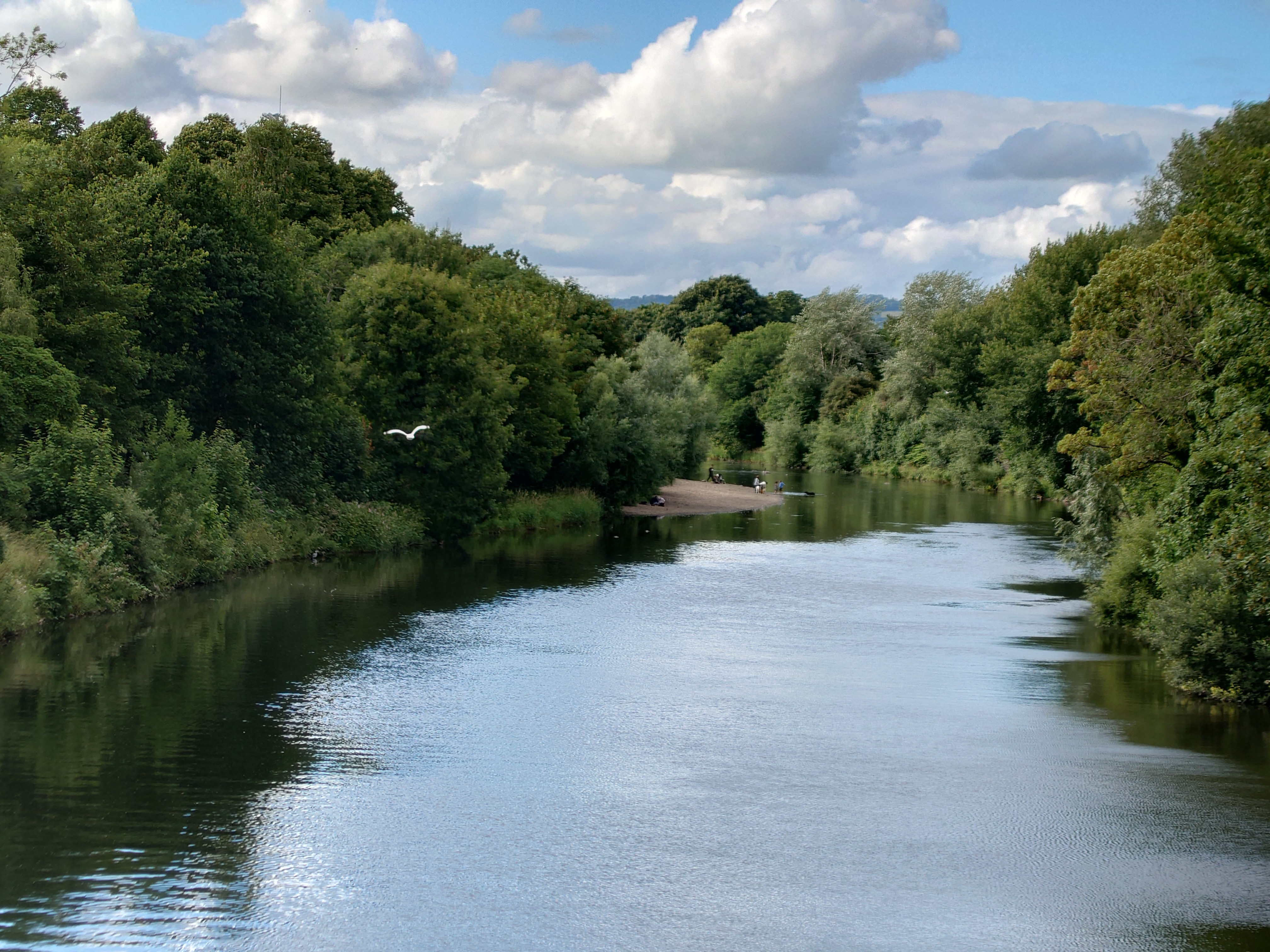 It’s probably in fact the 5x zoom lens which is the real disappointment here. Although a technical achievement to fit it into such a small space, the results from it leave a lot to be desired. Detail in general is smudgy, and while the 85mm end of it produces usable images for Instagram and the like, the 125mm end is best avoided altogether unless you’re only going to use images at very small sizes and/or only want a record shot. 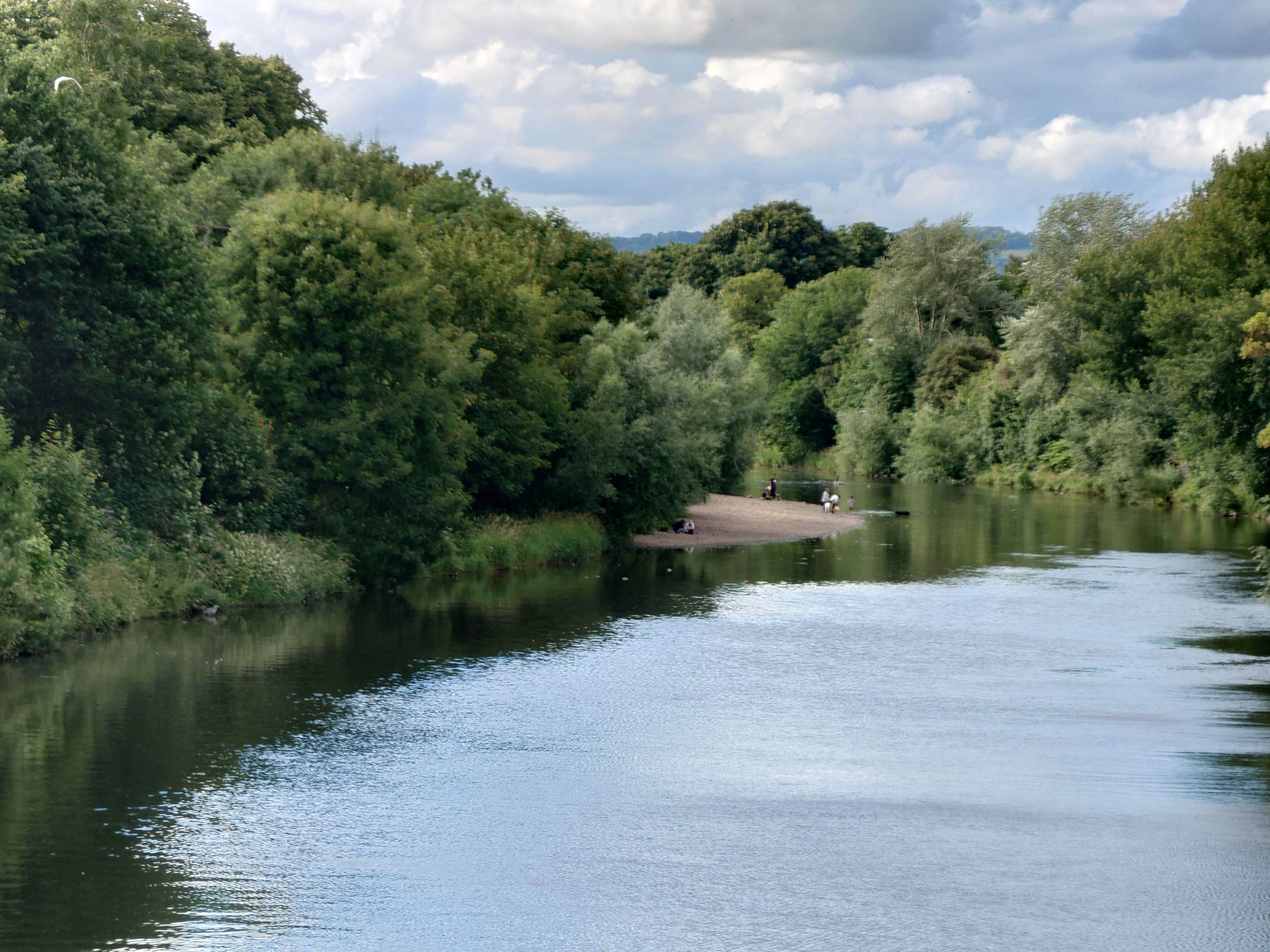 It almost certainly would have been better to have two separate telephoto lenses, as we’ve seen in the likes of the Samsung Galaxy S22 Ultra. Digital zoom is also available, but that’s definitely best avoided unless desperate. 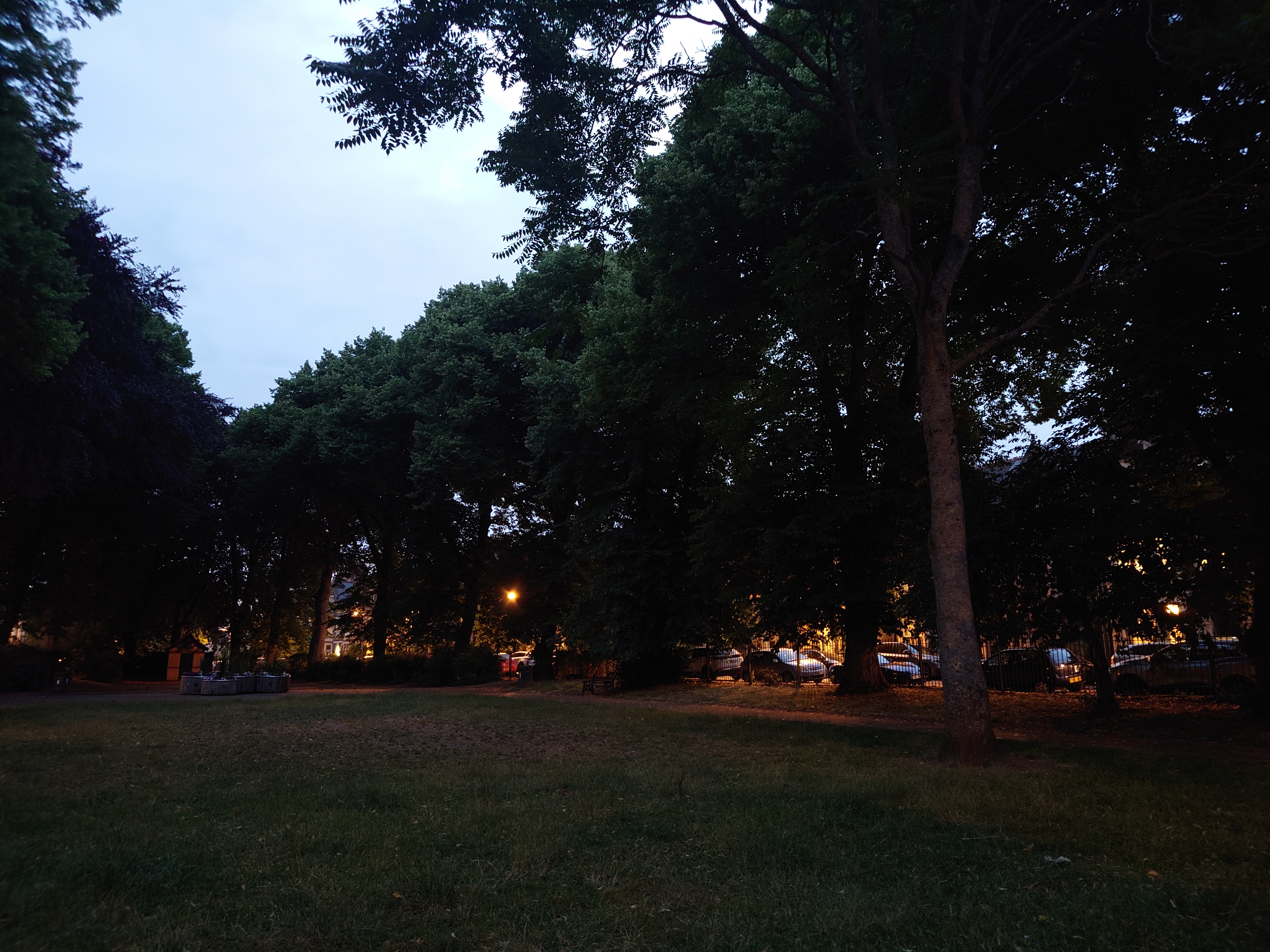 Next the problem with low-light shooting. With no Night / Low Light mode to choose from, your best option for getting usable images in low light is to shoot with a long exposure via the Manual or Shutter Priority mode. Of course the problem there is that you’ll need either a tripod or something to steady the phone on – and your subject will also need to be still. The first might be alright if you happen to be the sort to carry a tripod around with you for impromptu late night landscapes, but the second is out of the question for pictures of people, animals or anything which has the audacity to move at all. In basic mode, low light will be detected, but the resulting images aren’t particularly good – they certainly don’t show the same kind of computational wizardry you might get from a Samsung, an iPhone or a Google phone. 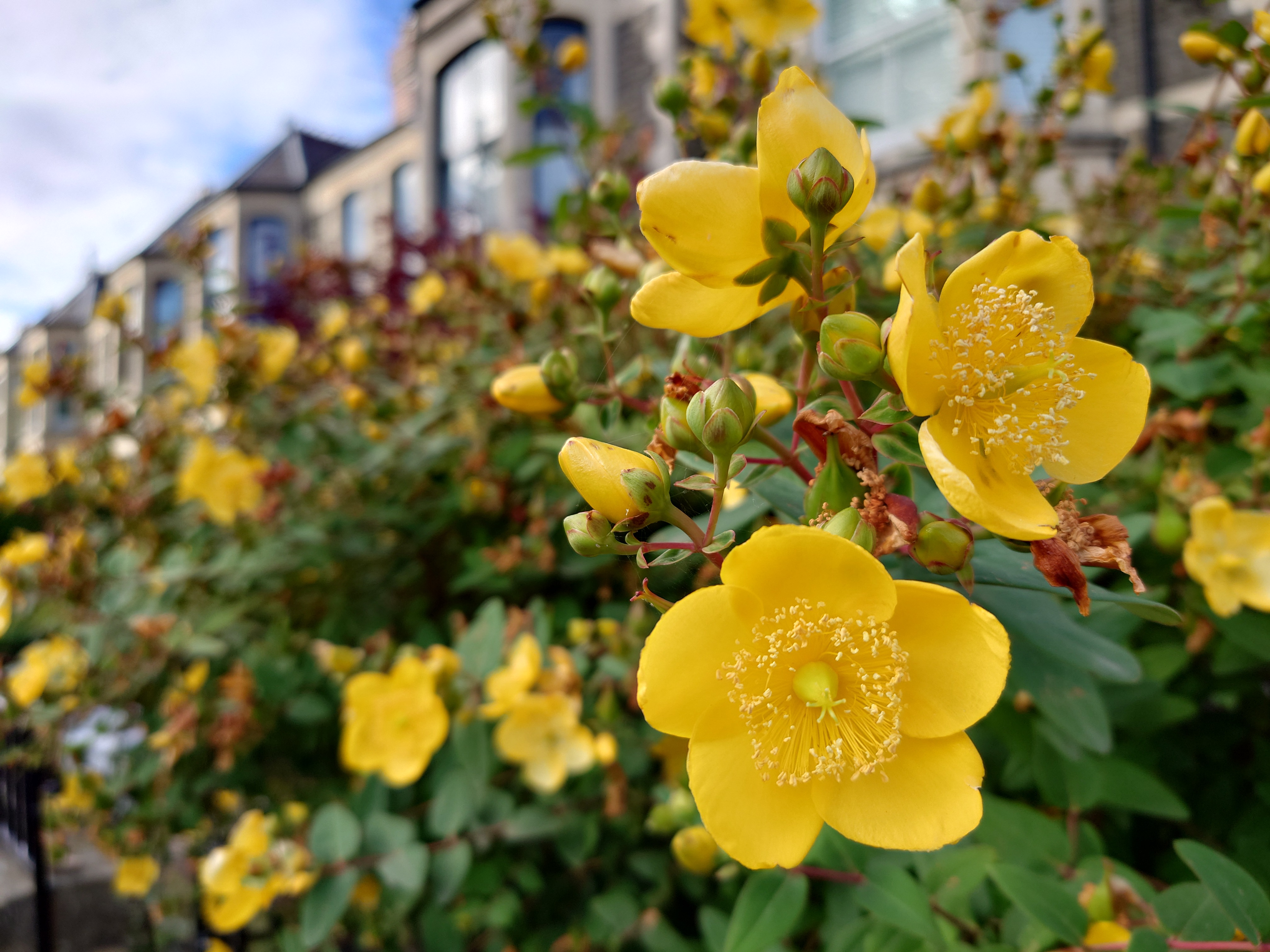 You can get reasonably close to your subject with the main lens, but it’s also not a patch on the macro / close-up modes of the iPhone 13 Pro or the Samsung S22 Ultra – again, another disappointing limitation for a phone of this price – which leads us to the next section nicely…

Many high-end smartphones these days come with a high-end price tag to match.

Whether you consider something value for money doesn’t always come down to how expensive it is, but what you get out of it. For photographers, the best phones available to them are usually the most expensive – but it’s hard to say the same when it comes to the Sony Xperia 1 IV. 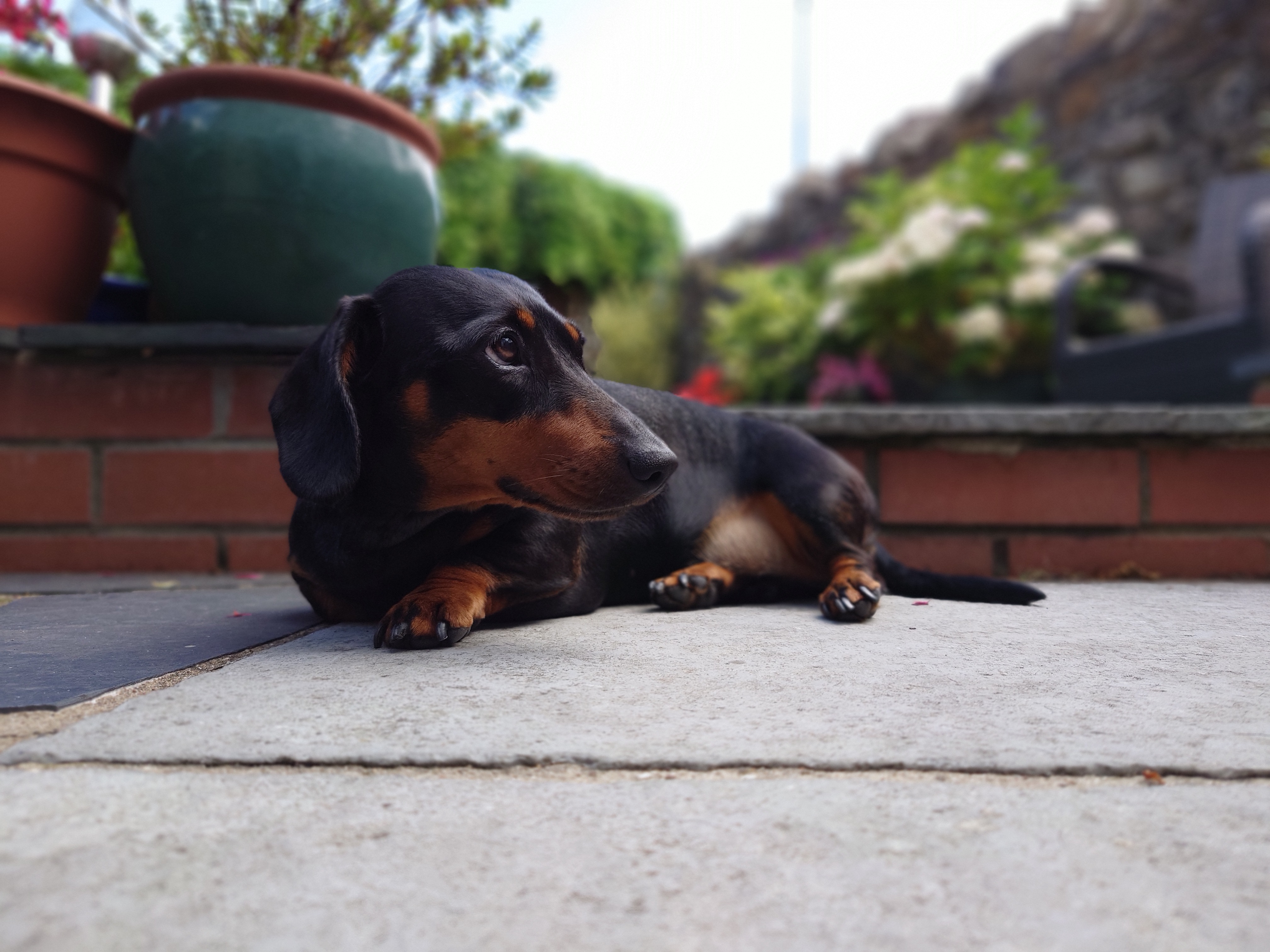 At £1299, you would expect it to deliver extremely impressive results and have a multitude of features that would tempt you in. The problem is here that while indeed the phone does have plenty of exciting sounding features, some of them don’t live up to expectation (the zoom lens), while others are not particularly useful in the first place (20fps shooting). Meanwhile, other features you’d expect from a smartphone simply aren’t there at all (night mode, portrait mode). 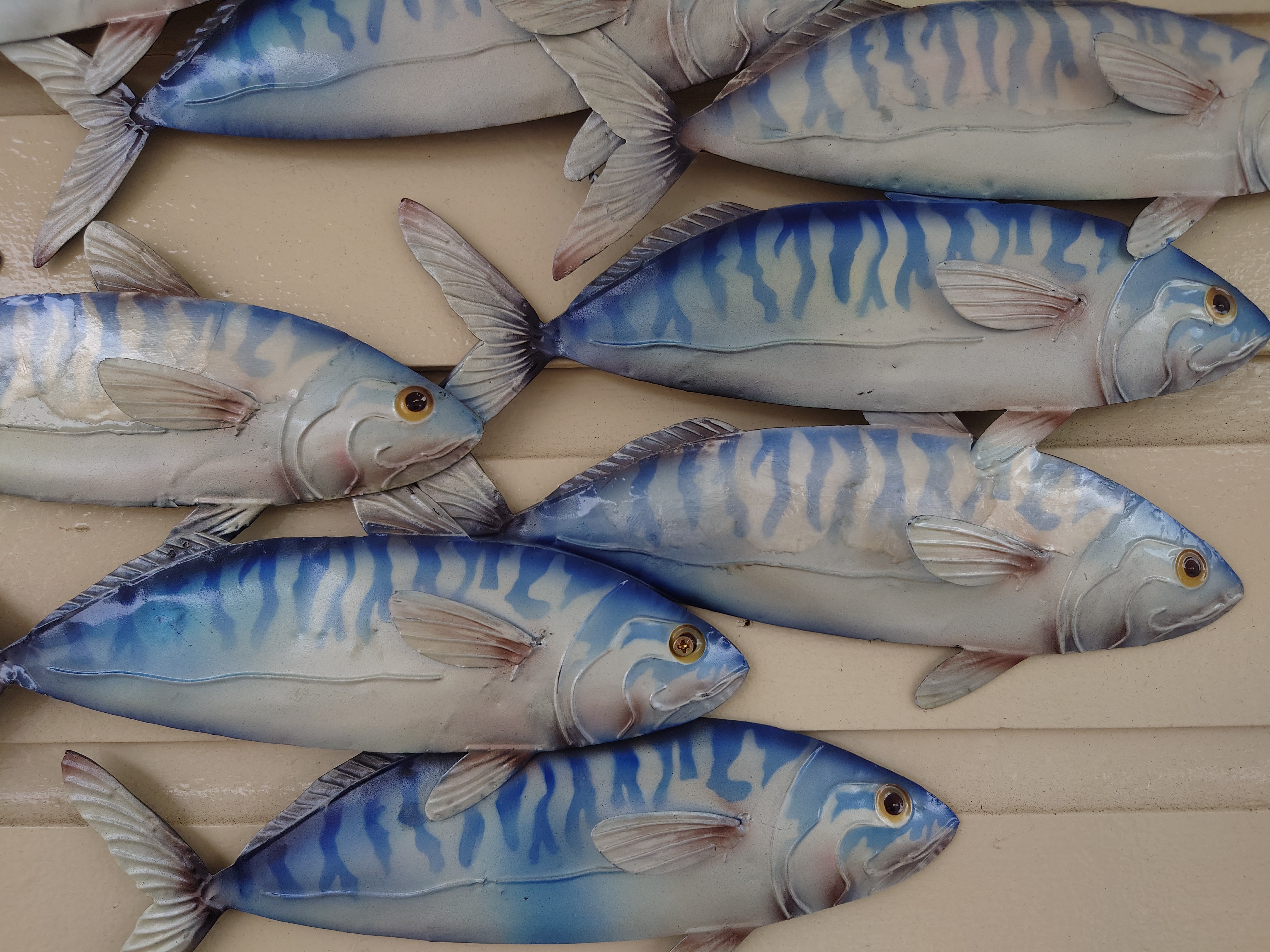 For less than the price of the Xperia 1 IV, you could pick up the Samsung Galaxy S22 Ultra, which has all of the perks of a full manual mode, but doesn’t do away with other normal modes which come in more useful more of the time. If you’re not a fan of Android, you can also pick up an iPhone 13 Pro for significantly less money too.

In the global smartphone market, Apple accounts for about a third of all sales, Samsung another third, and all of the other smartphone manufacturers vie it out for the remaining 33%. In the UK, Sony accounts for around 1% of smartphone sales (where it’s about 50% for Apple, about 30% for Samsung).

That’s a real shame when you consider just how good a Sony smartphone could be – there’s no denying its imaging prowess in the dedicated camera market, where it rightly enjoys a much, much, much larger share. But it’s also not exactly a surprise when you consider some of the frustrations of phones like the Xperia 1 IV – especially at the price. 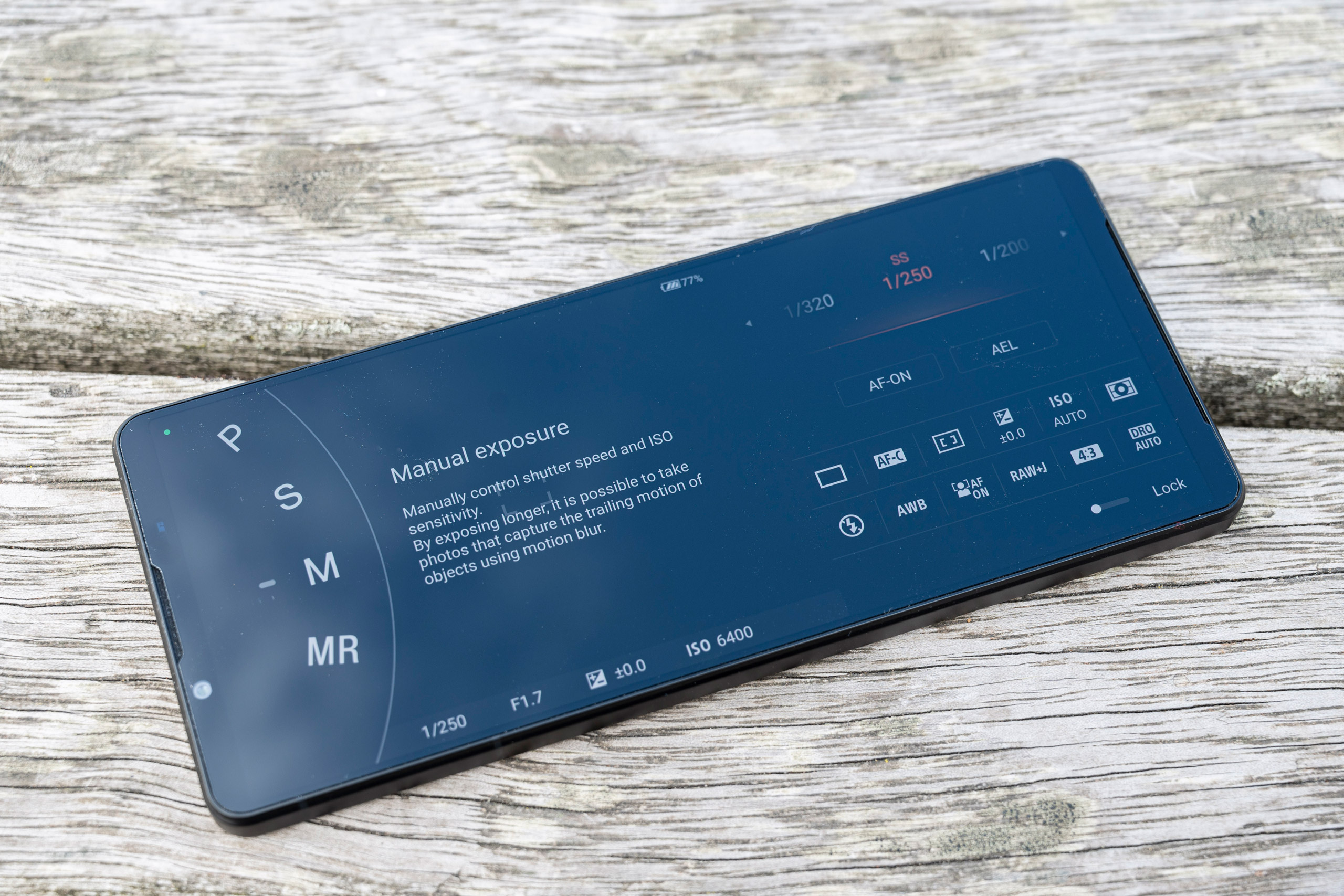 While it’s true that the Xperia 1 IV is capable of producing some good images – that’s nothing special in the current smartphone market, and isn’t enough to make up for other usability problems. And yes, it’s great to have a full manual mode, but it’s difficult to understand why it can’t be made easier to use in certain circumstances – such as portrait mode – and why it has to be at the expense of other useful modes.

In short, it’s hard to recommend spending £1299 on the Sony Xperia 1 IV right now. If you’ve got that kind of cash and want the best smartphone for photography, we’d still recommend the Samsung Galaxy S22 Ultra which delivers a better all-round experience. 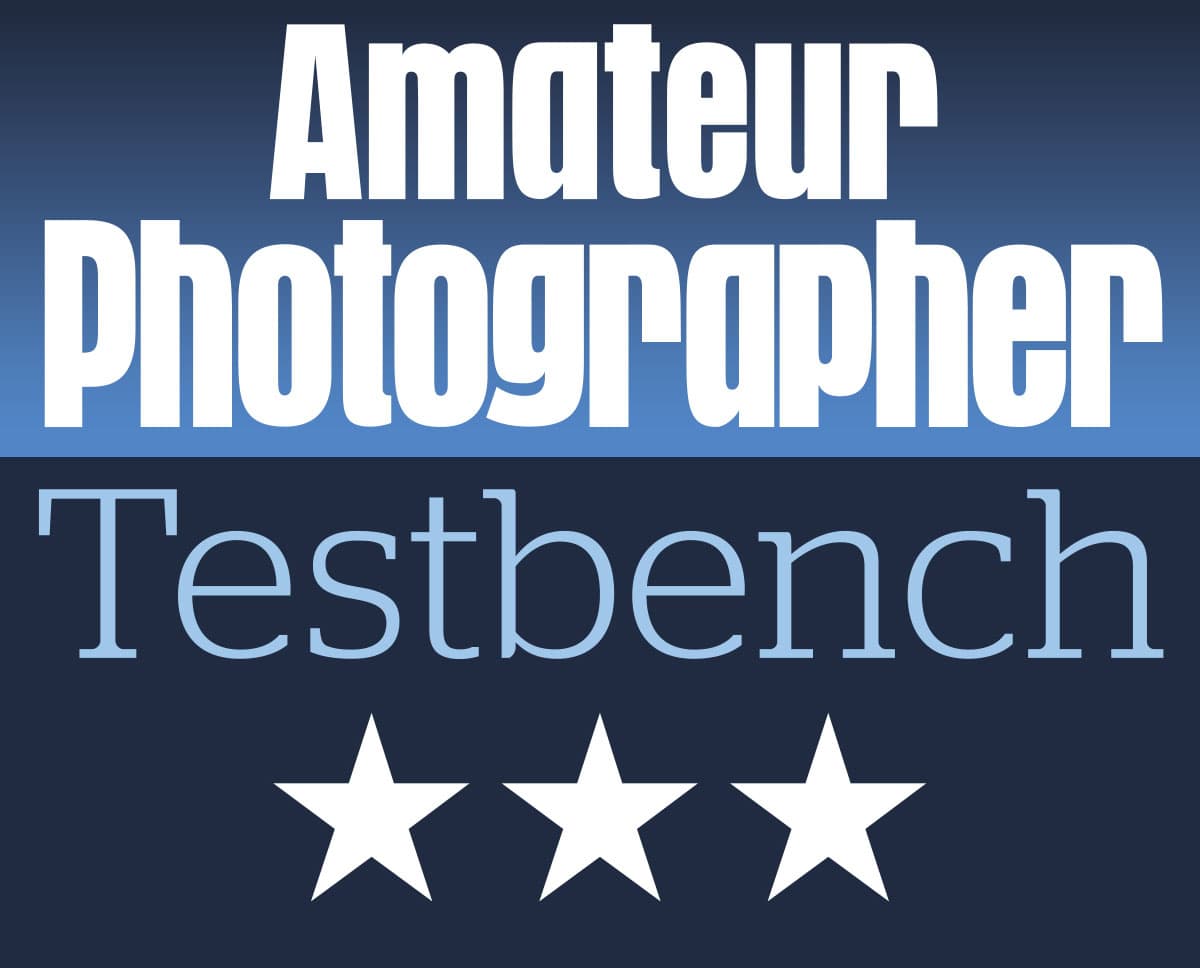 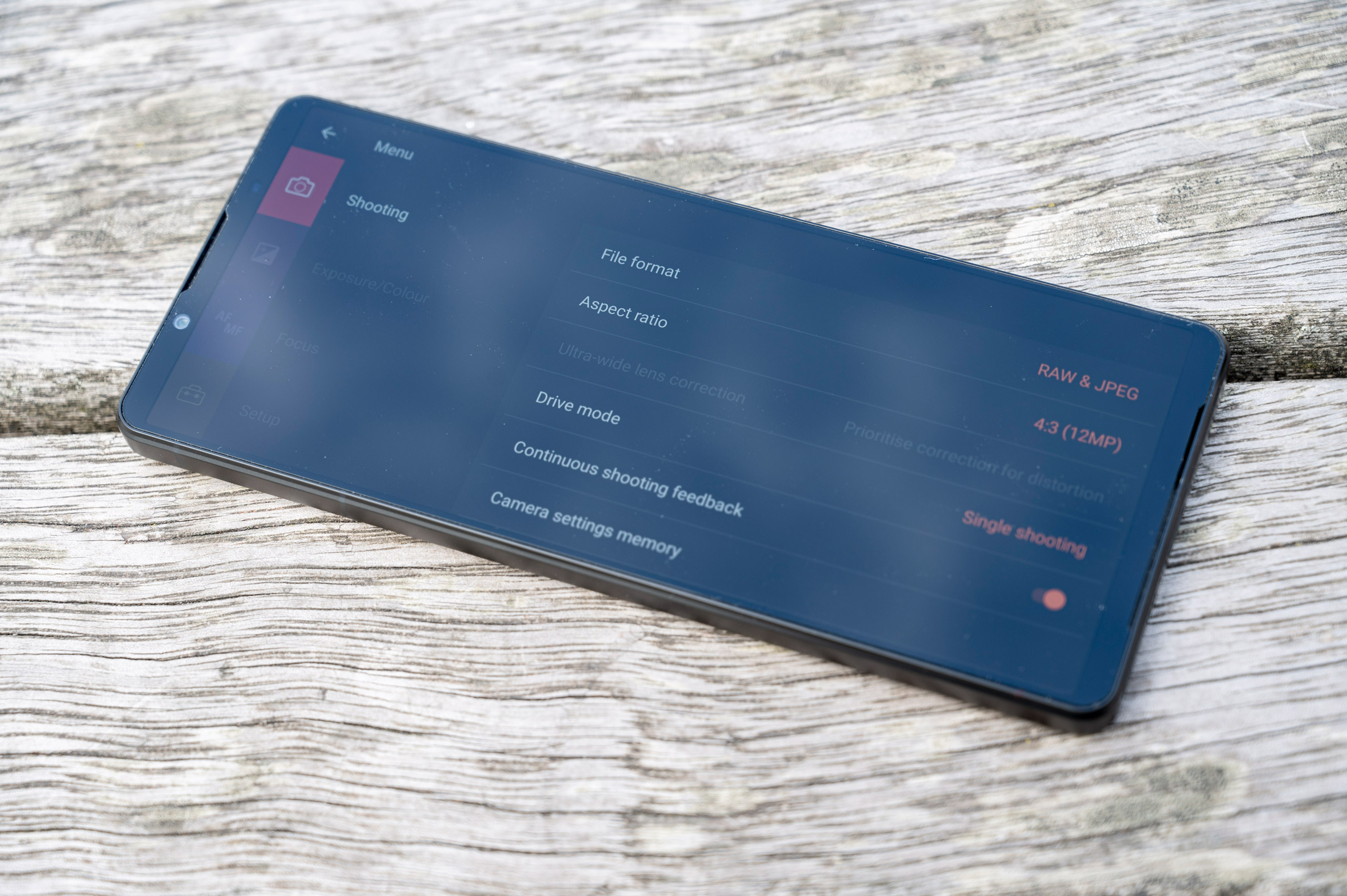 More settings and options on the Xperia 1 IV, Amy Davies