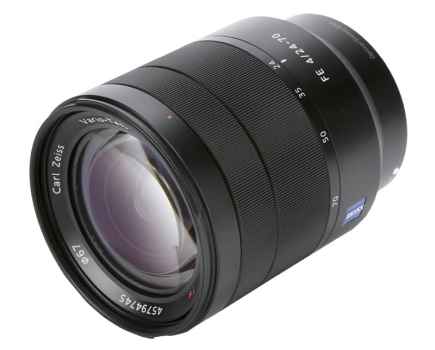 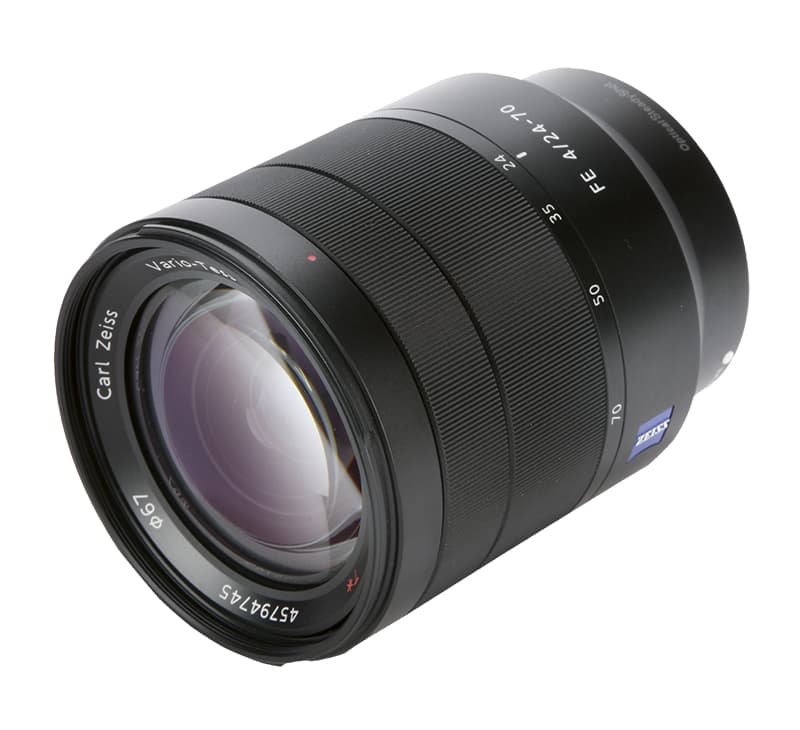 One of the few complaints about the new Sony Alpha 7 and 7R cameras is that there is currently only a handful of compatible lenses available. A key set of lenses was prioritised for the launch of the Alpha 7 and 7R, as they are for any new camera system, and in this instance Sony opted for a 35mm f/2.8, a 55mm f/1.8 and a 28-70mm f/3.5-5.6 zoom.

Of these three initial lenses, the Carl Zeiss-branded 35mm and 55mm prime lenses impressed us when we tested the two new cameras. Both lenses were very sharp and could realise the full potential of the 36.4-million-pixel sensor in the Alpha 7R. The sharpness of these two lenses was in direct contrast to the 28-70mm zoom lens, which, although able to resolve a good amount of detail in the centre of the frame, was notably soft at the edges.

Potentially, the Sony Carl Zeiss Vario-Tessar T* FE 24-70mm f/4 ZA OSS zoom lens is what the early adopters of the new system have been waiting for: a standard-focal-length zoom that offers the flexibility of the kit lens, but with the sharpness of the two fixed Carl Zeiss optics.

If you have used one of the Sony Carl Zeiss optics, the build and finish of the 24-70mm f/4 lens will be very familiar. Weighing 426g, it feels good in the hand, and when mounted on an Alpha 7 or 7R the combination is reassuringly steady without feeling heavy or cumbersome.

The lens has a smooth matt finish, with focal-length markings etched into the metal barrel. The use of the DIN 1451 typeface for the markings lends a touch of German technical efficiency, and discreetly reminds us that this lens has been given the Carl Zeiss stamp of approval.

With a ribbed rubber grip, the zoom barrel turns smoothly, as does the focusing barrel. My only gripe with the handling of the lens is that it uses fly-by-wire electronic focusing, where a turn of the focusing ring drives a motor to move the lenses.

This is extremely smooth, but it isn’t quite as fast to manually focus from one extreme to the other as it is with a fully mechanical-focus control. That said, the majority of users of this lens will rarely use manual focus, and when shooting still life and close-up images the smooth manual-focus control is more than fast enough.

With a close-focus distance of only 40cm when set to 24mm, the 24-70mm lens isn’t going to be used for many close-up images. I found that zooming to 70mm extended the minimum focus distance to around 50cm, although the difference in the angle of view and magnification made it easier to frame smaller subjects, and to use depth of field to isolate them from the background.

The f/4 aperture isn’t especially large, particularly for those photographers more used to shooting with a 24-70mm f/2.8 lens on a full-frame DSLR. The reason for the smaller aperture is that an f/2.8 aperture would mean that the lens would be significantly larger and heavier, which wouldn’t be in line with the small and slim body of the Sony Alpha 7 cameras.

Like many zooms, this 24-70mm lens is clearly at its sharpest when shooting at its widest aperture, although it is also clear to see from the bold-to-faint lines that there is a significant difference between the sharpness at the centre and the edges. At 24mm f/8, and even f/5.6, the lens is very sharp.

As expected, vignetting is at its worst at 24mm, as the graph (above) showing the effect at f/4 illustrates. It is always present, but drops significantly by f/8. Barrel distortion is significant at the very edges, although when shooting landscapes it was less noticeable.

At 50mm the lens distortion has already switched from barrel to pincushion, although the distortion is quite standard for a zoom lens at this focal length. Vignetting is far less severe, and reduces a little more when the aperture is stopped down to f/5.6.

There is less detail at 50mm than in the 24mm images, particularly at the edges. However, there is very little difference between f/4 and f/8 in the centre of the frame, and only slightly less detail at f/11.

There is a slightly flatter centre to the vignetting graph (above). This shows that the very centre may be fractionally darker than the surrounding area, although I failed to notice this in real-world images. At 70mm, f/11-16 seems to be around the best aperture range as it slightly outperforms f/8. However, when you look at the very finest detail (the lowest point in the graph before it rises), you will see that the lines are very close together. Once again, pincushion distortion has increased, although there is only a slight difference between distortion at 50mm and 70mm.

For many people, the 24-70mm focal length will cover most of their needs, from landscapes and documentary images to portraits. In terms of critical sharpness, the Sony Carl Zeiss 24-70mm f/4 lens is impressive, and while it can’t quite match the fixed-focal-length FE lenses, particularly at the edges, it is an improvement over the 28-70mm kit lens.

With the aperture wide open, vignetting is present at every focal length, although as expected, it is at its most extreme at the widest 24mm end, where the very edges of the images are around 0.3EV darker than the centre.

Landscape photographers will be pleased with the excellent centre sharpness, and although the corners are not as sharp at f/8 they are respectable, particularly given the close proximity of the sensor to the rear of the lens.

Interestingly, chromatic aberrations are automatically corrected in the latest version of Adobe Camera Raw. There is no way to override this, so while it is a benefit to photographers and therefore one less thing to worry about, it doesn’t really tell us how good the lens actually is. There is an argument that this allows lens designers to concentrate on other areas, as chromatic aberration can often be easily corrected, but it would be interesting to know exactly what compromise is being made. It is another case of raw files never really being ‘raw’.

We put a few of our raw files through DCRaw software, which doesn’t apply the embedded data to correct chromatic aberration. The resulting images show that there is some chromatic aberration, but nothing too significant when compared to many of the lenses we have tested. Many people regard the removal of all chromatic aberration in Camera Raw as cheating, but in my view it saves the photographer time, in much the same way that curvilinear distortions are corrected in many Panasonic and Olympus micro four thirds lenses when using certain software programs.

The Sony Carl Zeiss Vario-Tessar T* FE 24-70mm f/4 ZA OSS lens is impressive overall, and is built to the standards befitting the Carl Zeiss name. However, to make it feel truly at home on Sony’s Alpha 7 cameras the inclusion of manual aperture and focus rings would have been the icing on the cake.

Optically, the lens is very good, and is certainly a worthy and much-needed addition to the limited Sony FE lens line-up. The 24-70mm zoom partners well with the Alpha 7 and 7R, and really should be on the wish list of anyone who owns one of these cameras.

Although I was a little hesitant about the lack of an f/2.8 aperture, in good light the lens works well and it still provides a shallow enough depth of field to shoot pleasing portraits. Landscape photographers should be satisfied with the lens, although for the best edge sharpness the 35mm f/2.8 optic is preferable.

It will be interesting to see what’s next for Sony’s FE lens range. There are still gaps in the line-up, but the beauty of the E-mount is that virtually any lens can be used on the Alpha 7 cameras via an adapter. For now, though, if you want a good all-round lens, this 24-70mm zoom will serve you well.