The growing number of mirrorless models on the market has seen a gradual rise in the number of third-party lenses produced for smaller system cameras. Samyang is one of the latest manufacturers to add a pair of lenses to its mirrorless line-up and we’ve recently taken delivery of the 21mm f/1.4 ED AS UMC CS and the 50mm f/1.2 AS UMC CS. Both lenses are compatible with Canon EF-M, Fujifilm X, Micro Four Thirds and Sony E mounts, and in this test we’re focusing on the wider of the two.

Designed for those who’ll appreciate its fast aperture and wide focal length, the 21mm f/1.4 ED AS UMC CS shares the same optical design as Samyang’s 21mm T1.5 ED AS UMC CS. The latter is squarely aimed at video users and differs slightly from the lens we’re looking at here in the way it features a de-clicked aperture ring for silent operation, as well as a distance scale and T numbers on both sides of the lens. Mounted to a mirrorless camera featuring an APS-C-sized sensor, the 21mm f/1.4 is equivalent to 31.5mm, whereas it’s comparable to a 42mm fixed lens attached to a Micro Four Thirds body. Before examining our lab results, let’s first familiarise ourselves with the key features.

It has a nine-blade aperture to ensure out-of-focus points of light (or bokeh) are rendered circular, and the ED and AS abbreviations in its name reveal it benefits from an extra-low dispersion lens and as many as three aspherical lenses to minimise colour aberrations and ensure high contrast across the frame at all apertures. On top of this, Samyang has implemented its ultra multi coating (UMC) technology to abolish any effects of flare and ghosting.

The key difference between this optic and other lenses for mirrorless cameras is that it is manual focus only and features no optical stabilisation. There are no metal contacts at the rear of the mount to form an electronic connection between the camera and lens, either, meaning the Exif data recorded by the camera won’t offer any information about  the focal length or aperture used.

Those who regularly use filters will appreciate the internal focusing system that prevents the front element from extending or rotating when the manual-focus ring is rotated. Users who plan to screw in filters or adapter rings can do so via the lens’s 58mm filter thread. Another key point to note is the lens’s ability to focus within 28cm of a subject when working closely.

The anodised red ring synonymous with Samyang lenses is found towards the rear of the barrel between the manual-focus and aperture rings. I would have preferred it if both of these were rubberised, but then again I had no complaints with the finely grooved surface of both rings, which provided sufficient grip throughout my testing.

As is to be expected from a manual-focus lens, there’s not a single button or switch in sight. The manual-focus ring offers a pleasing fluid motion that’s consistently smooth across the focus range, while the aperture ring clicks and notches into place as it’s rotated.

There’s half-stop adjustment between the aperture settings, which are printed on the barrel rather than engraved, and the plastic petal-shaped lens hood is clearly marked with a white dot to help align it with the lens.

The lens backs up its robust build with impressive image quality. The edges of images appear very slightly softer than the centre  at f/1.4, but there’s an increase in sharpness, both in the centre and at the edge, at f/2 and f/2.8 to where it plateaus between f/3.5 and f/5.6. The best balance between centre and corner sharpness is recorded at f/5.6, and it’s only when the lens is stopped down beyond f/11 to the smaller apertures of f/16 and f/22 that the introduction of diffraction starts to take its toll on sharpness.

To achieve pin-sharp results, you’ll want to put your camera’s manual focus assist settings to good use. For this shot, focus peaking and a magnified screen view were used

Corner shading is apparent when the lens is used at its widest aperture, but it quickly starts to disappear when the lens is closed towards f/2.8. Our distortion chart flagged up minor barrel distortion, but as my real-world images revealed you’d be hard pressed to notice  it and therefore it shouldn’t be of concern. Chromatic aberrations are well controlled  too, with only minor purple fringes of colour appearing along high-contrast edges when shooting towards the sun.

The resolution of this lens is extremely impressive. The graph tells us the sharpness in the centre at f/1.4 is excellent and only gets better when it’s closed to f/5.6. Users can be confident of closing the lens down to f/11 when needed. Beyond f/11 the centre and corner sharpness drops due to the introduction of diffraction, so it’s recommended to avoid f/16 and f/22 when it’s possible to do so. 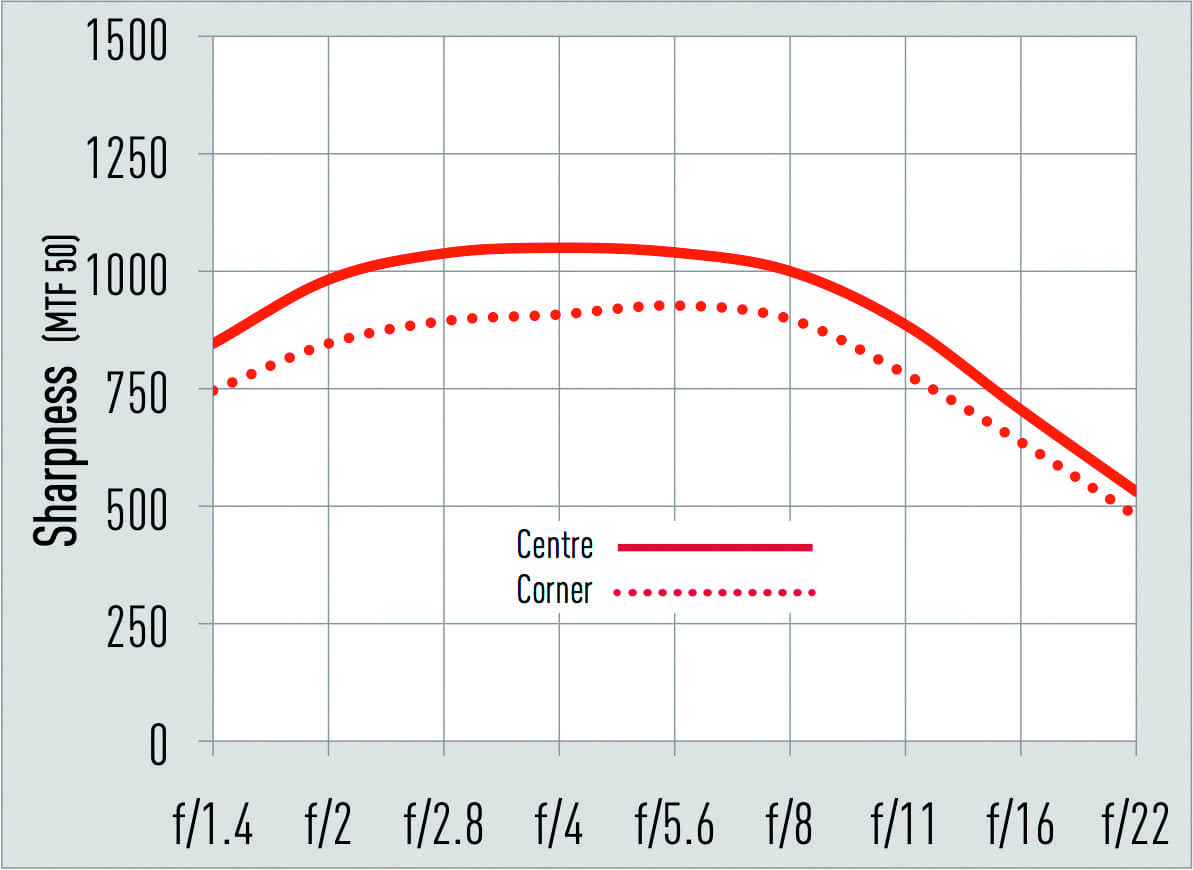 The key attraction of this lens is its fast aperture and users will find themselves exploiting it to create an extremely shallow depth of field. Corners appear approximately 1EV darker than the centre of the frame at f/1.4. Stopping the lens down to f/2 sees an immediate improvement and by the time you reach f/2.8 all traces of vignetting disappear. 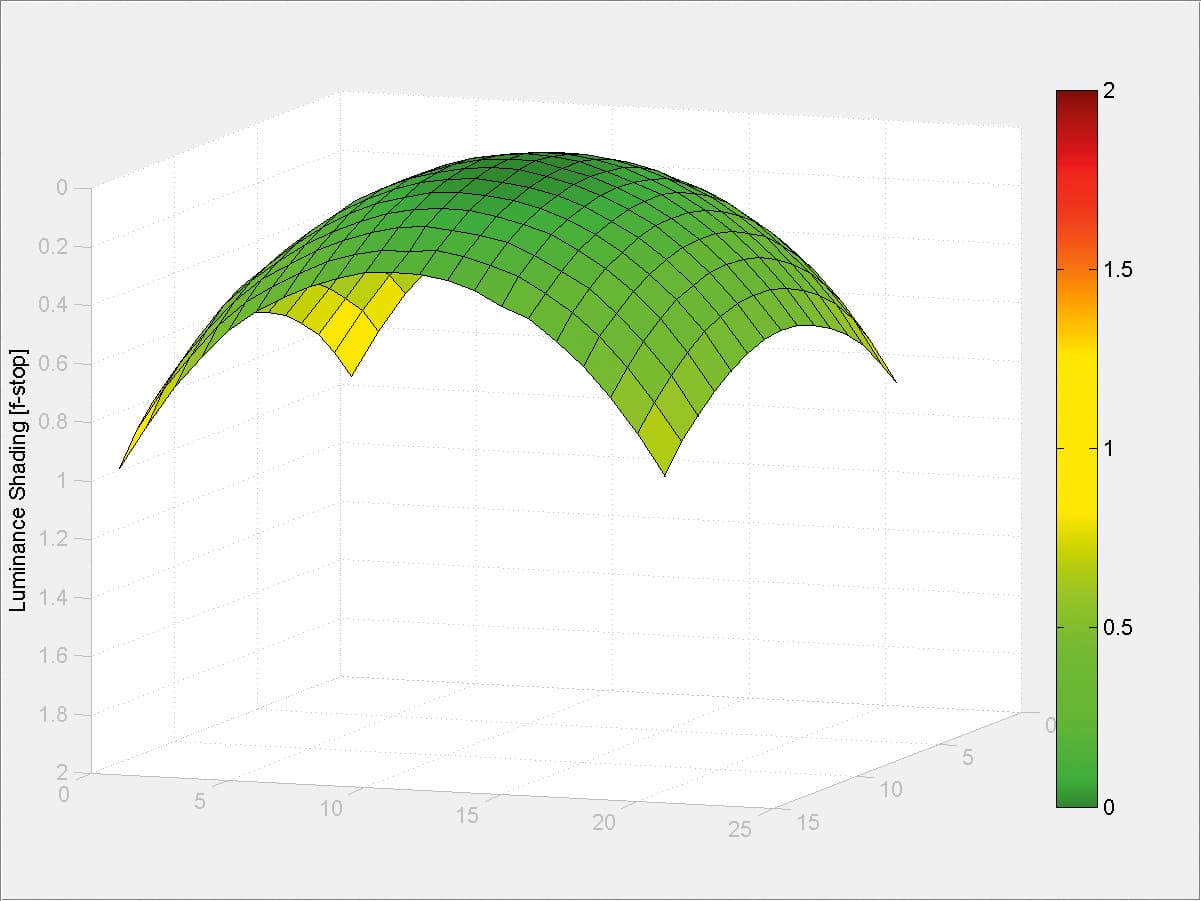 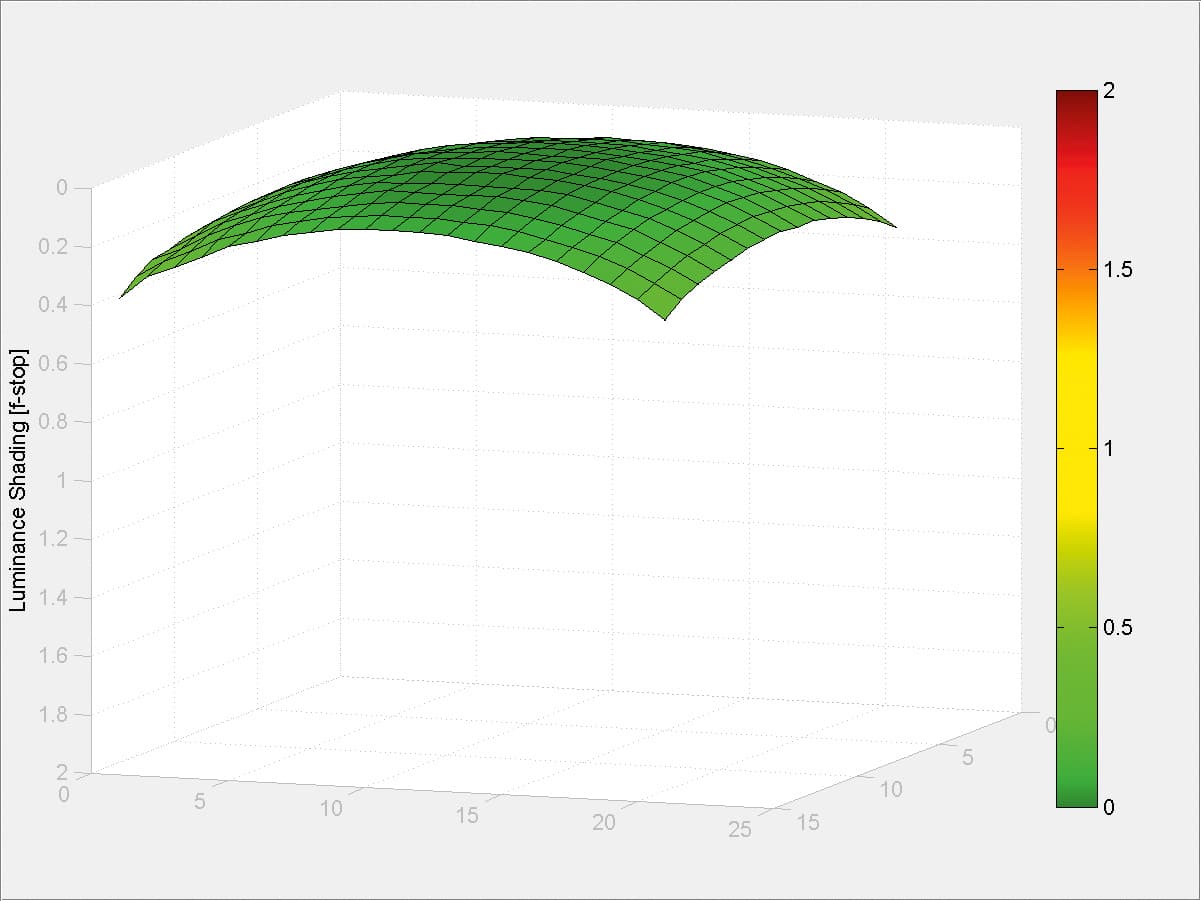 The lens puts in a superb performance when it comes to rendering straight lines. Those who want an entirely distortion-free image will do best to install and use a ready-made lens profile rather than attempting to remove it manually, which could increase the risk of introducing pincushion distortion. 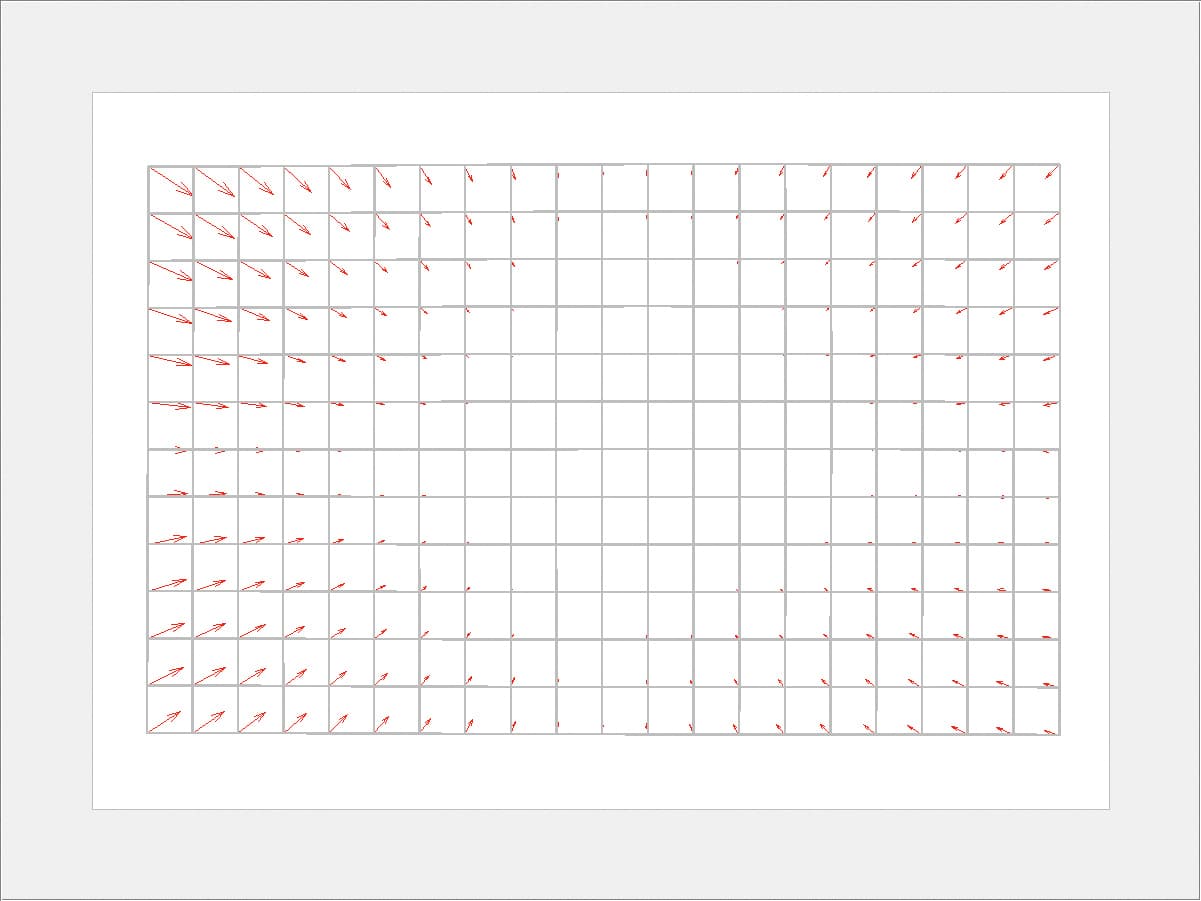 When you consider the quality of its build, the quality of the images it produces and its reasonable price, there’s a lot to like about the Samyang 21mm f/1.4 ED AS UMC CS.

Whether it makes a great buy for you will depend a lot on the type of images you like to take. For action or spur-of-the-moment shots where instantaneous focus is key, you may struggle to find optimum focus fast enough and it’s in these types of situations you want your lens to support autofocus. If, however, you regularly take shots of stationary subjects, lock your camera off on a tripod or generally find that you have time to refine your focus settings manually before committing to firing the shutter, this lens makes a very strong case for itself.

There’s a delightful depth to images at f/1.4, which is particularly pleasing on the eye. The fast aperture also comes into its own when you’re in need of a few extra stops in low light. If you’d like an wideangle prime, albeit a manual-focus one, and you’re working to a sub-£300 budget, you can’t go far wrong with the Samyang 21mm f/1.4 ED AS UMC CS.