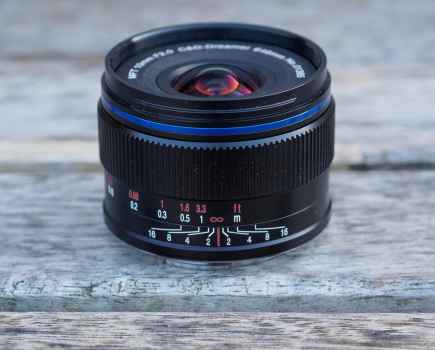 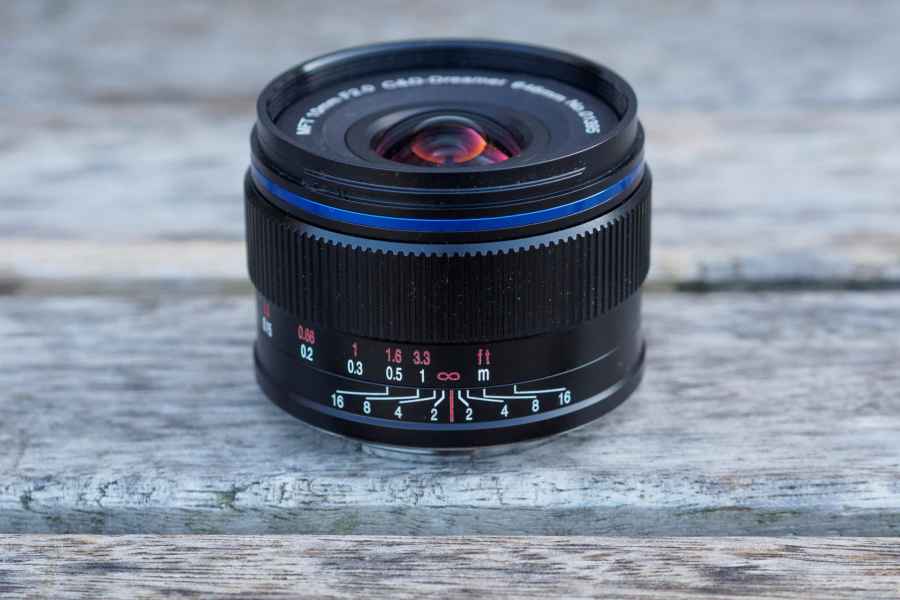 Micro Four Thirds is the longest-running mirrorless system of all, having been launched by Panasonic and Olympus back in 2008. This longevity means that over 100 MFT lenses are available from mainstream makers, so it almost comes as a surprise to find that there are still some holes in the line-up. However among the fine array of compact, high-quality primes available, surprisingly few are wideangles. 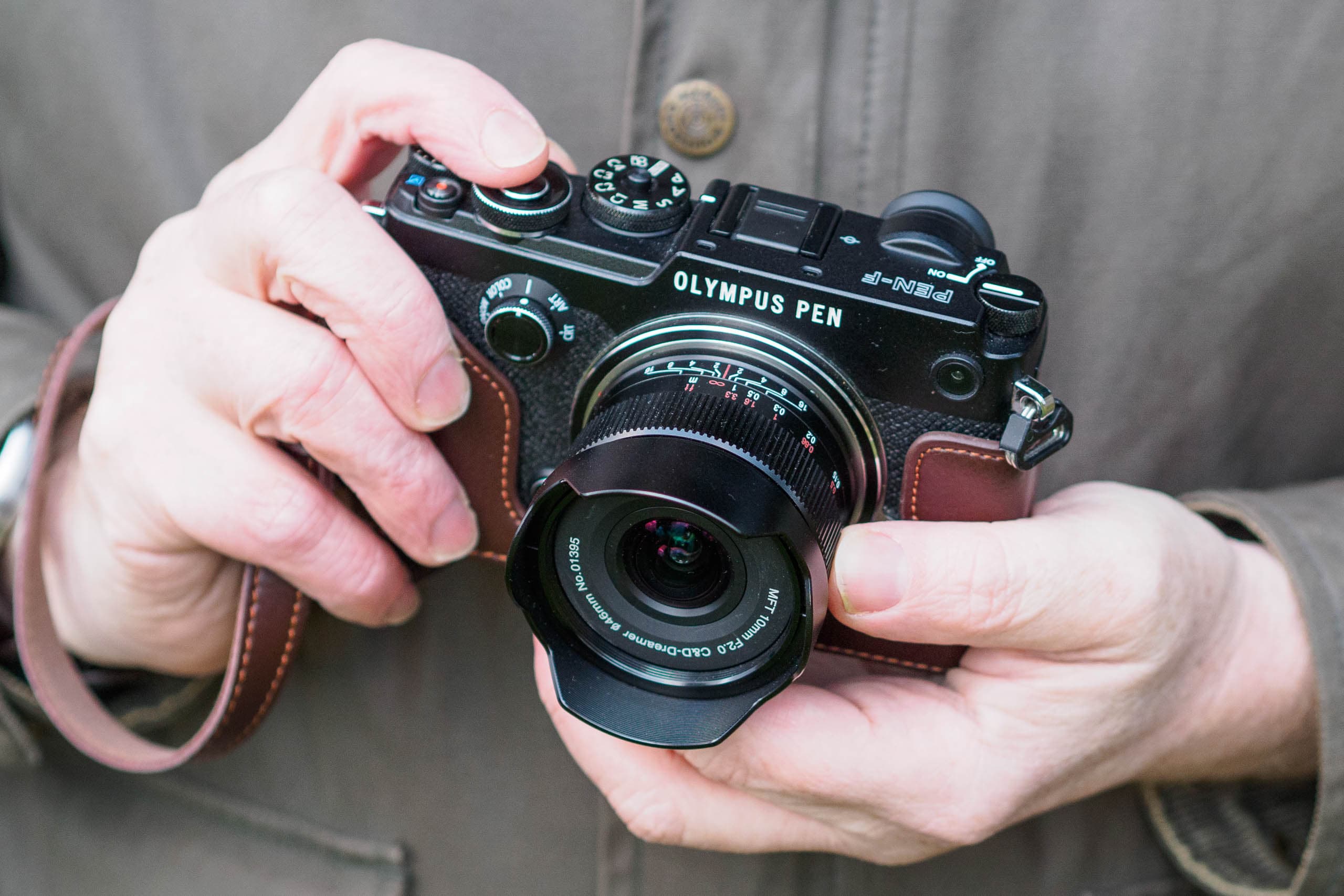 In fact, the widest rectilinear primes with autofocus are both 12mm: f/2 from Olympus, and f/1.4 from Panasonic. Aside from the hefty and expensive Voigtlander 10.5mm f/0.95, the only wider, non-fisheye options come from Venus Optics and its Laowa brand.

The Laowa MFT 10mm F2.0 C&D-Dreamer, as it’s labelled on the front, was announced in late 2020 with the claim that it’s about the same size as a stack of four Oreos. At just 41mm long and a slender 53mm in diameter, it’s in a similar ballpark size-wise to MFT classics like the Panasonic Leica DG 15mm F1.7 and Olympus M.Zuiko Digital 17mm f/1.8. It’s noticeably more compact than Laowa’s other 9mm f/2.8 and 7.5mm f/2 Micro Four Thirds offerings, which are themselves pretty small. 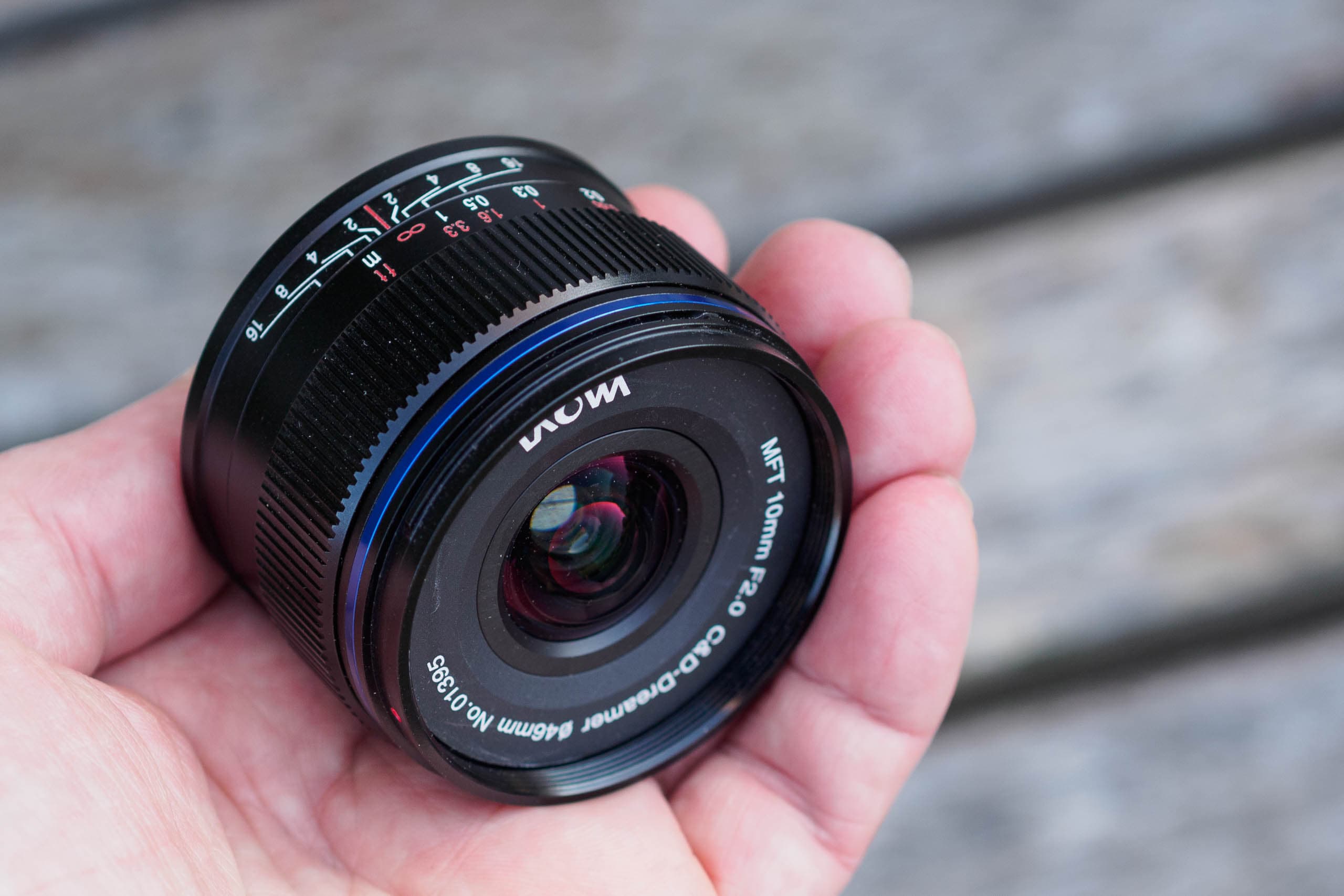 With its 20mm equivalent angle of view, this lens looks like it could be an ideal travel companion to a standard zoom, offering a usefully wider perspective coupled with a low-light friendly f/2 aperture. Thanks to its £399 price tag, it’s also the most affordable MFT ultra-wide; even the ‘budget’ Olympus 9-18mm f/4-5.6 zoom costs £579. In principle there’s a lot to like here, but how does it measure up in practice?

Like all Laowa lenses, the 10mm f/2 is manual focus only. However, unlike the others I’ve reviewed, it doesn’t have a manual aperture ring. This is because Venus Optics joined the Micro Four Thirds System Standard group in early 2020, allowing it to make lenses with electronic aperture control operated from the camera body. This brings additional advantages: the lens also tells the camera its focal length so the in-body image stabilisation will work correctly, and can automatically engage focus aids when the manual focus ring is turned. 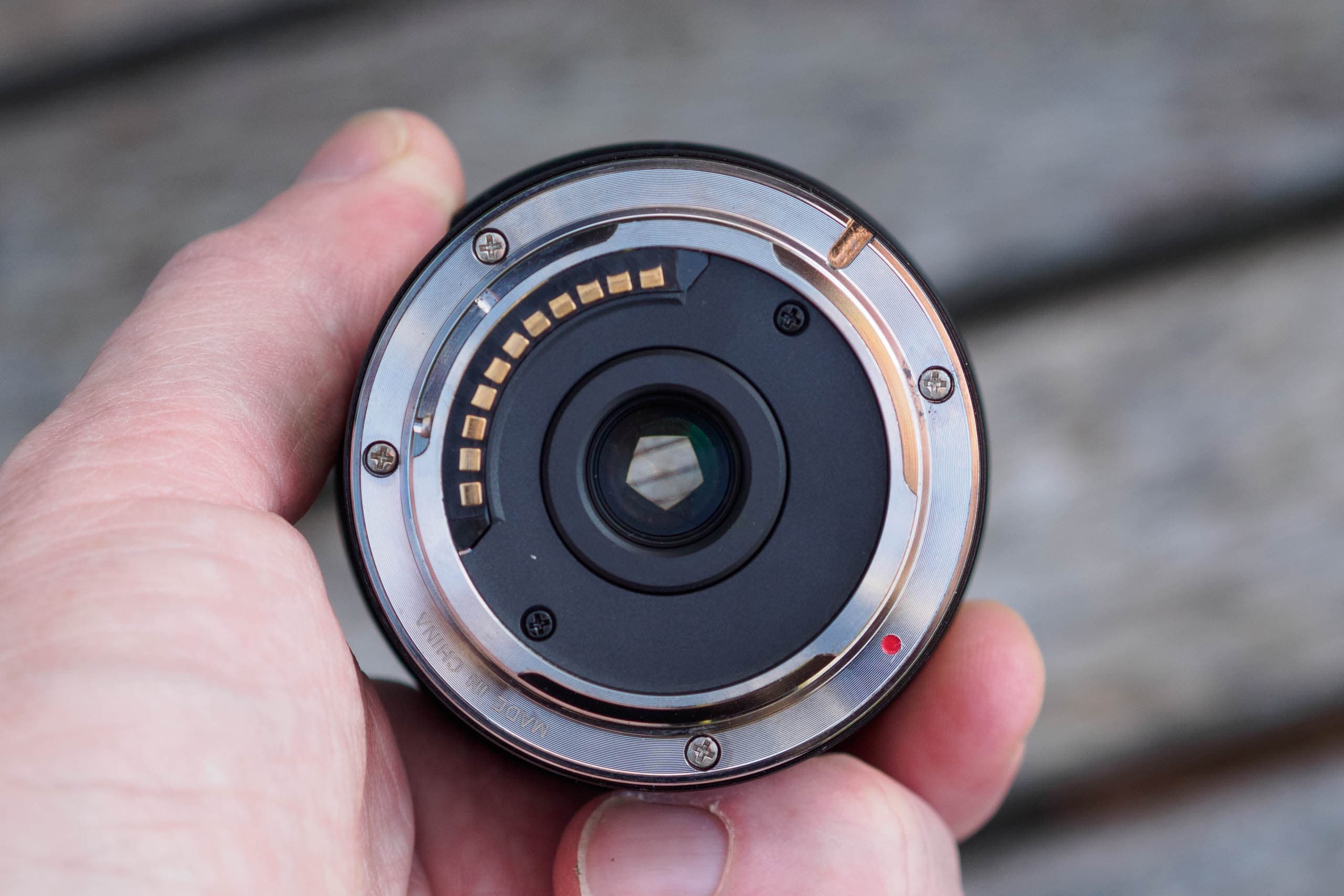 Electronic contacts on the mount allow the lens to communicate with the camera. Here you can also clearly see the five-bladed aperture

Optically, the lens employs 11 elements in 7 groups, including three made from ED glass and two with aspherical profiles to suppress chromatic aberration and distortion. Indeed, Venus Optics classifies it as a ‘Zero-D’ lens, meaning that rectilinear distortion should be practically non-existent. The aperture diaphragm is kept simple, employing five straight blades, with the aim of producing ten-ray sun stars for landscape shooters. 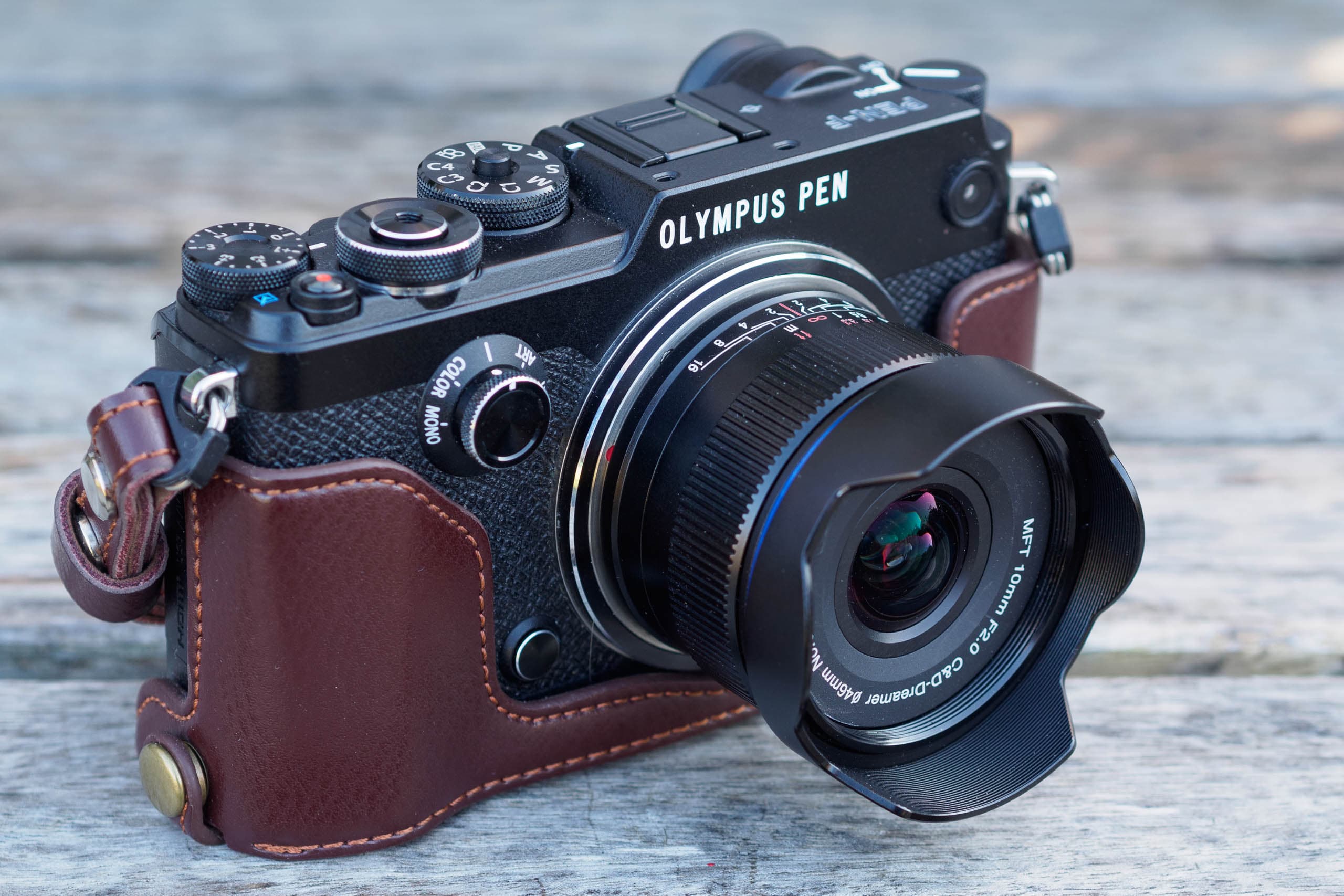 A neat metal lens hood comes in the box

Focusing works by moving the rear elements, with a minimum distance of just 12cm. This means that the 46mm filter thread doesn’t rotate, which is always good news for filter users. A metal petal-type hood is supplied in the box and attaches via is own bayonet fitting, reversing neatly for storage.

Despite its light weight of just 125g, the Laowa MFT 10mm F2.0 is really nicely made. Its all-metal barrel is dominated by the wide, finely ridged manual focus ring that falls perfectly to hand when shooting. This rotates beautifully smoothly, with just the right amount of resistance to be easy to turn, but difficult to nudge accidentally. Laowa’s signature metallic blue ring at the front adds a touch of panache to the styling. However, it’s worth noting that the lens makes no claim to being weather-sealed. 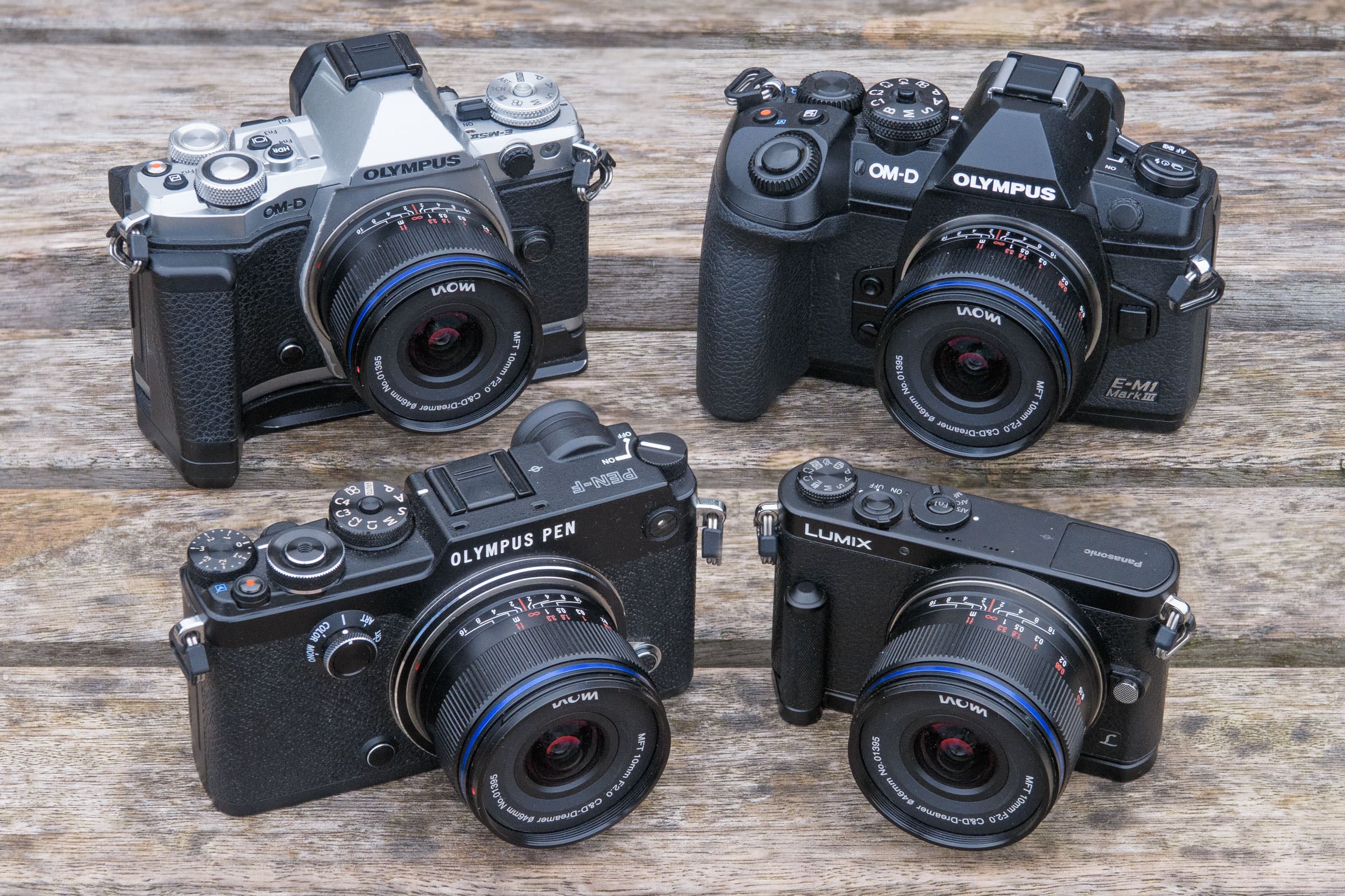 This is the kind of compact, lightweight optic that barely makes its presence felt on the camera. It’s a good fit to small Olympus OM-D E-M10 and E-M5 series bodies that have little in the way of a handgrip, but perhaps most perfectly matched to small rangefinder-style models such as the Panasonic Lumix GX9 and the classic Olympus PEN-F. I mostly used it on the latter for this review. One quirk is that on certain ultra-compact Lumix models such as the GM1, it will only work with the electronic, rather than mechanical shutter. 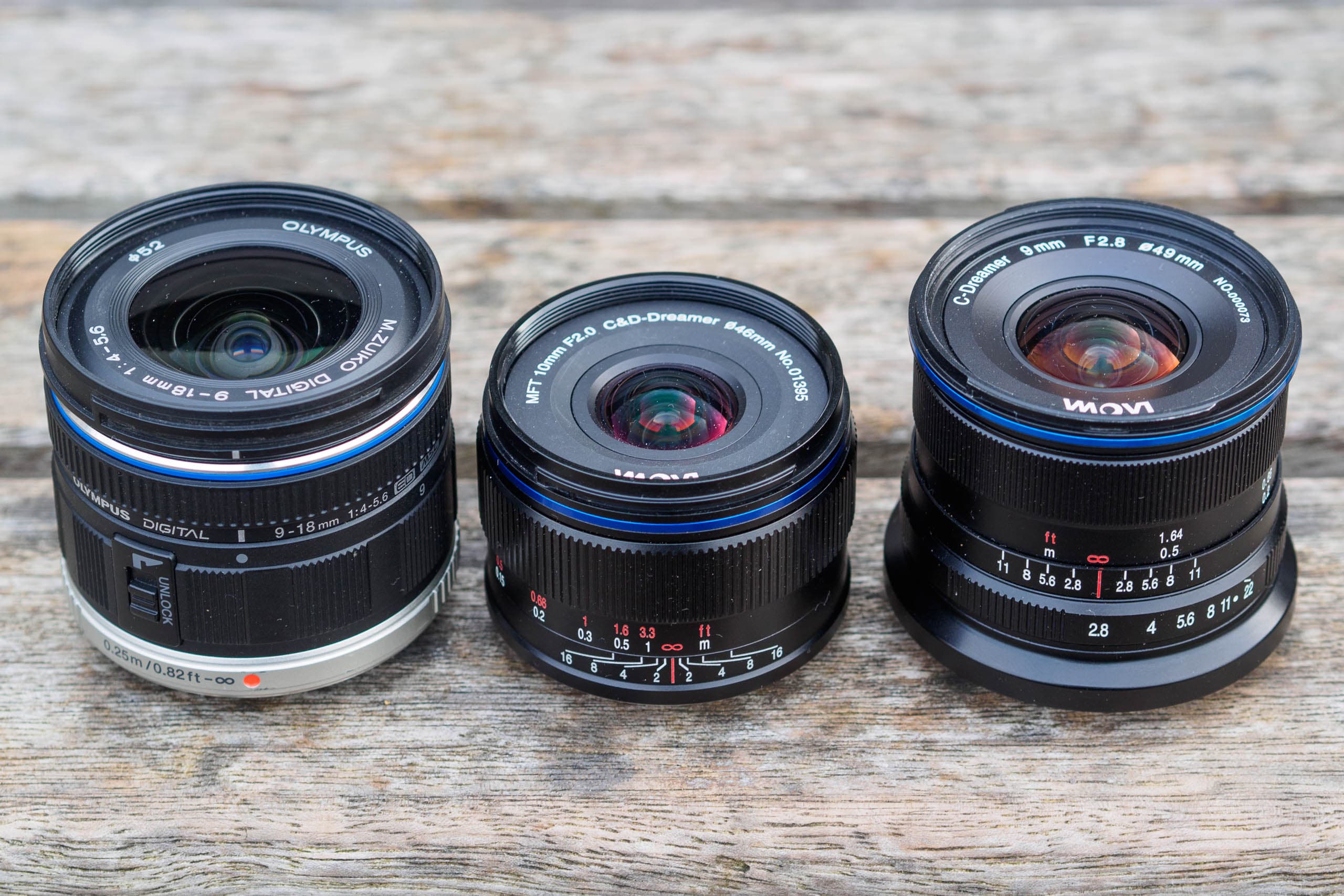 It’s difficult to overstate how positive an impact the electronic design has on the experience of using the lens. Unlike Laowa’s older, unchipped designs, you don’t have to worry about manually setting the focal length for the camera’s IBIS system, and aperture control works just like your other lenses. The only difference is the lack of autofocus.

You could be forgiven for being sceptical about buying a manual-focus lens; why give up the convenience of autofocus? But in practice, thanks to the Laowa MFT 10mm F2.0’s ability to activate magnified view or peaking automatically, manual focusing is a breeze. You simply place the focus point where you want it and then turn the focus ring. When the zoomed-in view is sharp, you’re good to go. 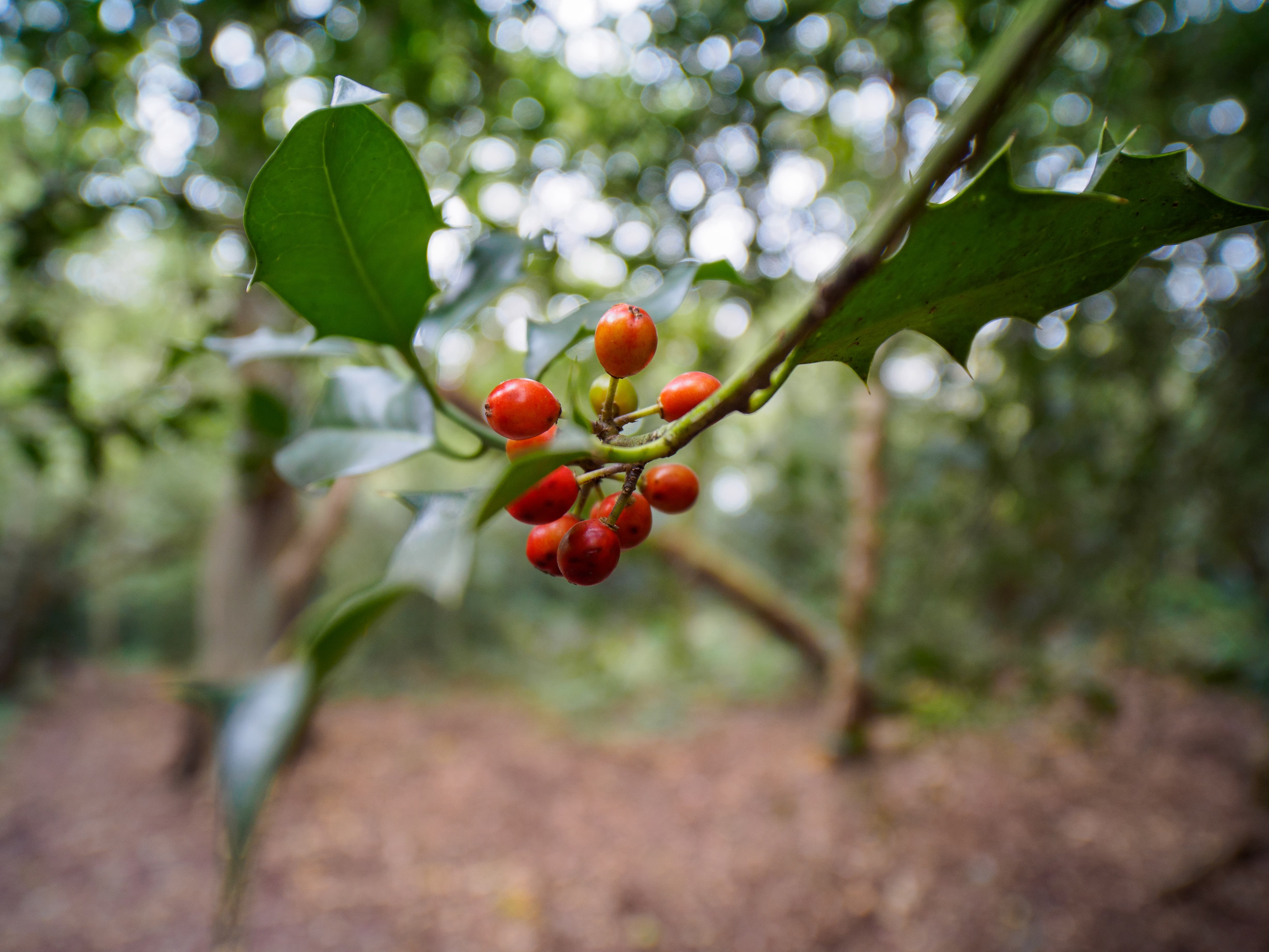 As this is a wideangle lens being used on a relatively small sensor, it provides extensive depth-of-field. This means that you can also use hyperfocal and zone focusing techniques very easily. 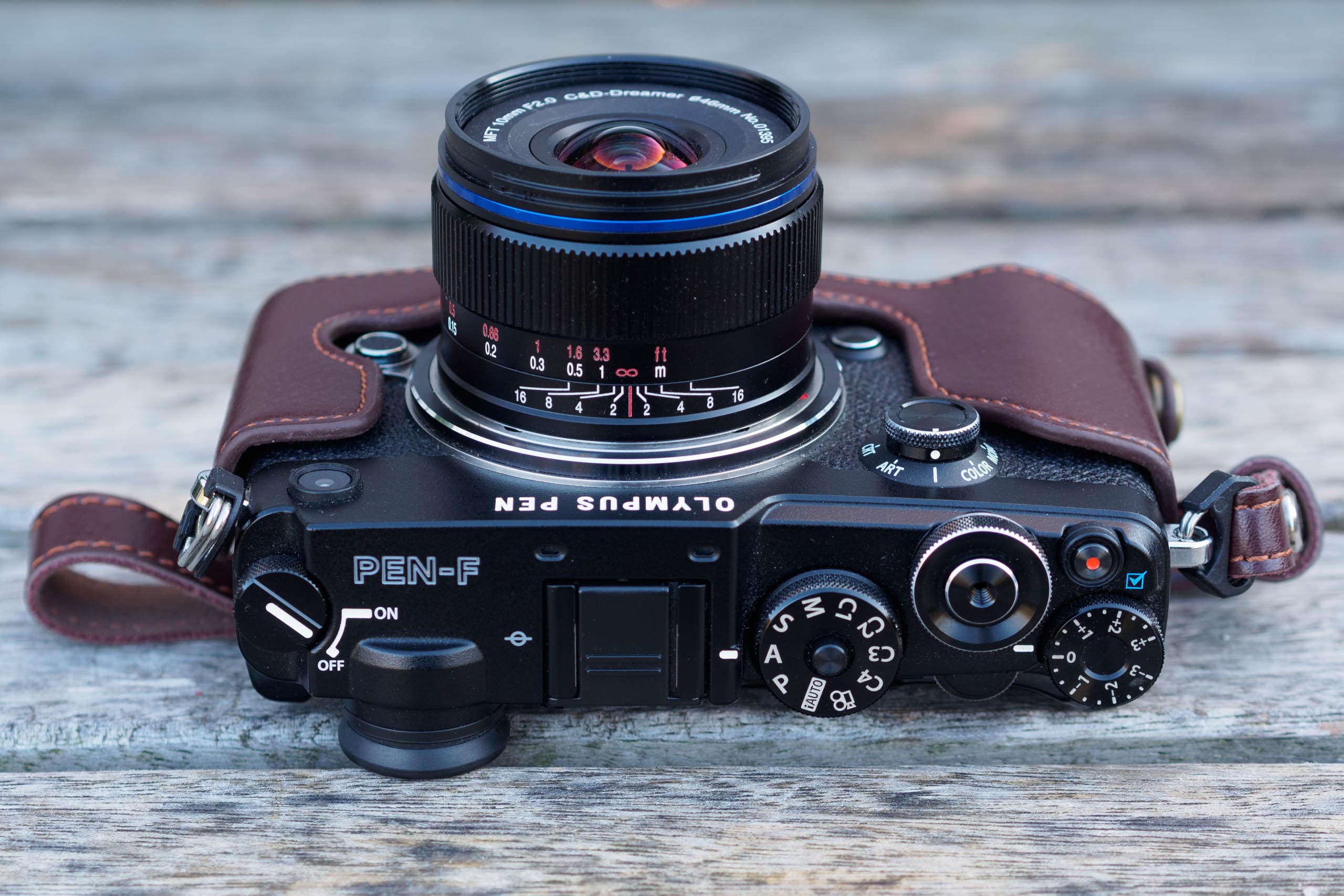 Distance and depth-of-field scales are marked on the barrel, and if you set the focus to 1m and the aperture to f/8, everything from 0.5m to infinity should be acceptably sharp. At least according to the conventional definition for making prints; your files may not hold up so well if you demand critical pixel-level sharpness.

Given that we’re looking at a 20mm equivalent f/2 lens that’s just 53mm in diameter, we shouldn’t be too surprised to find that some optical compromises have been made in the design. Most obviously, at large apertures it isn’t super-sharp towards the edges, while suffering from marked vignetting. 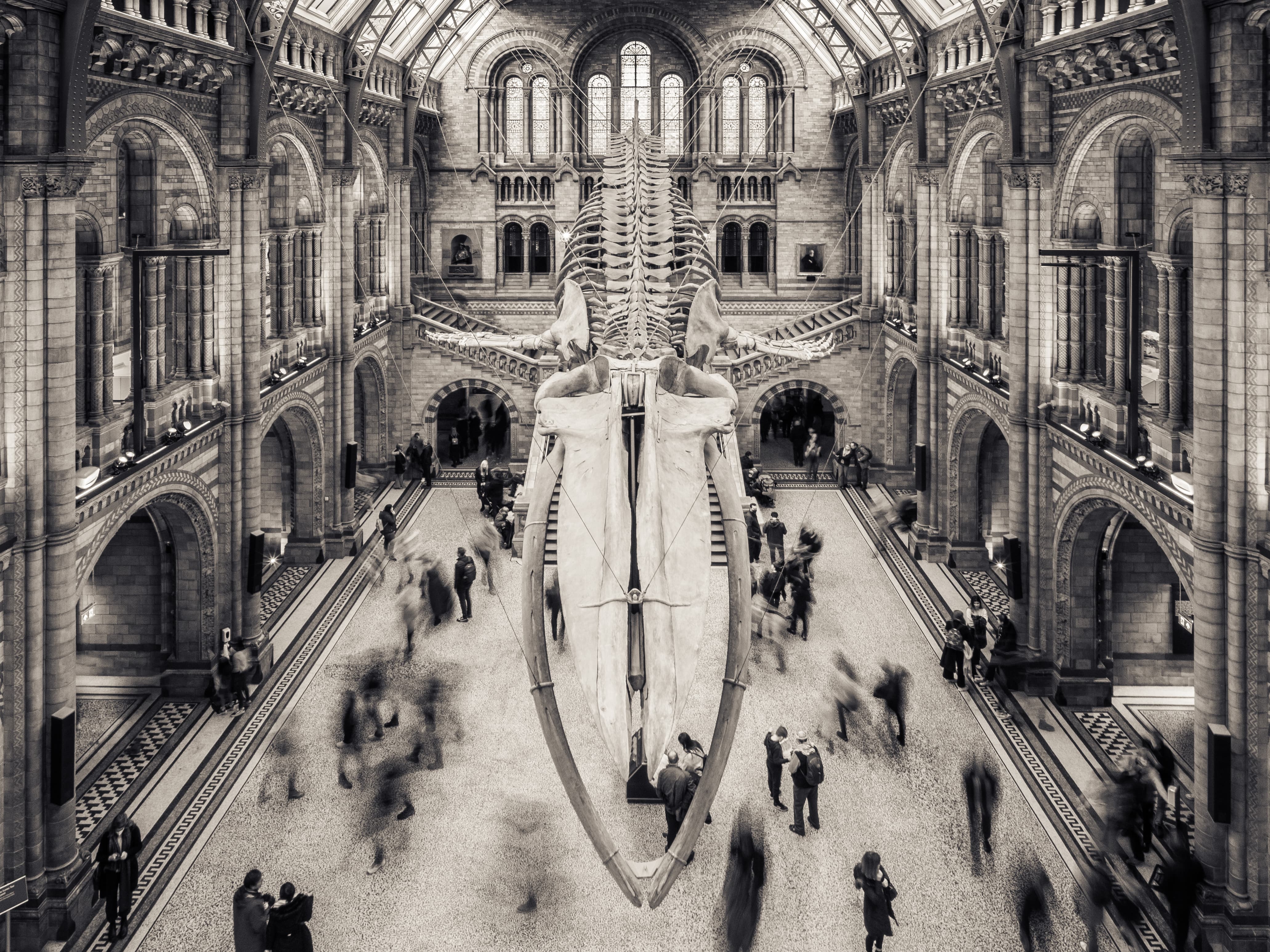 Here I composed the image using in-camera Keystone Correction to visualise the composition, then tidied up and toned the image in Adobe Camera Raw. Olympus PEN-F, 1sec at f/11, ISO 200, hand-held

However, assessing this lens based on close-range test chart or brick wall shots alone risks misjudging its abilities significantly. If you play to its strengths rather than dwell on its weaknesses, it will reward you with stunningly sharp, detailed images. 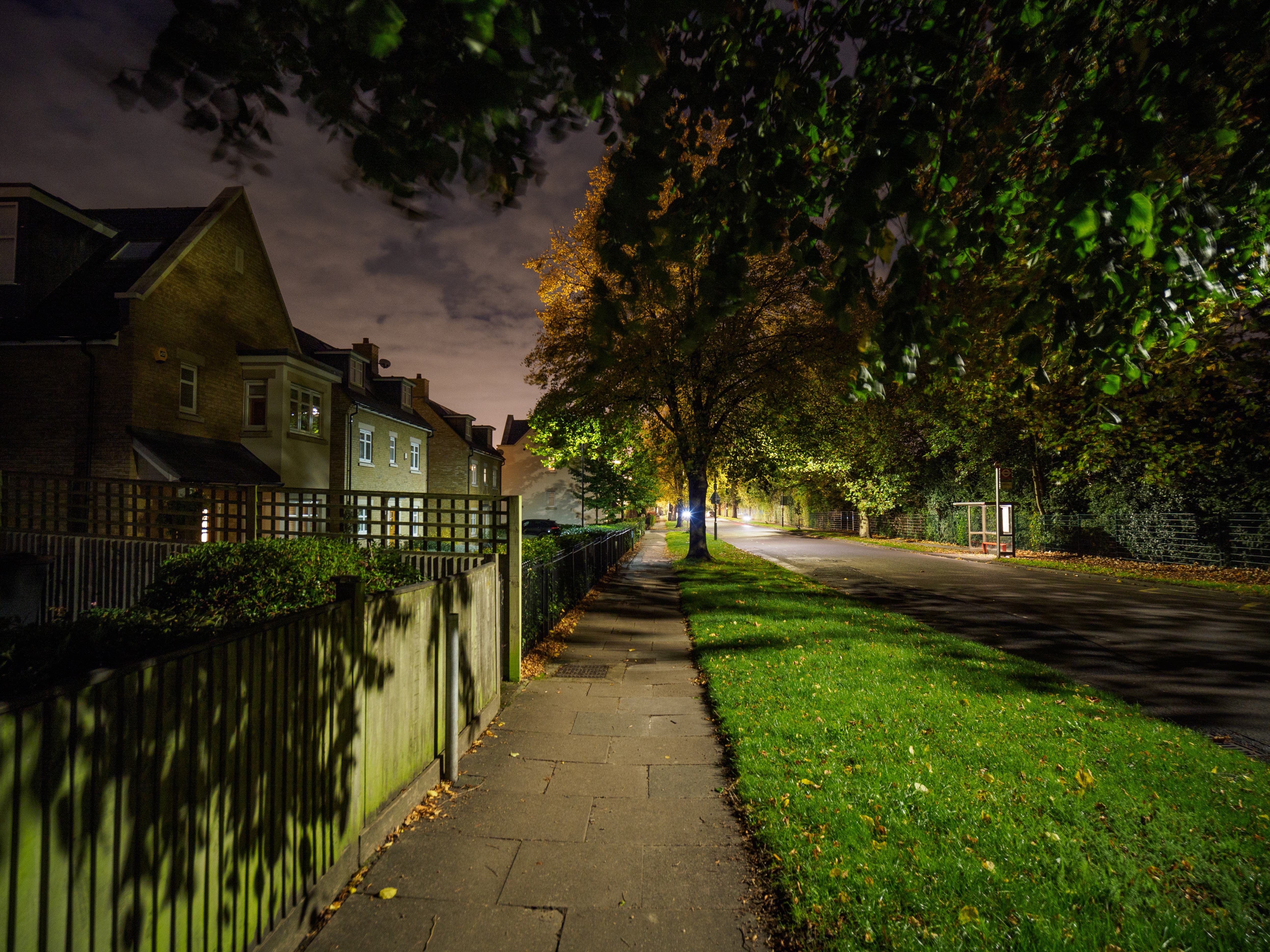 Let’s take a closer look. At f/2, the lens is already impressively sharp in the centre of the frame, and continues to render fine detail nicely out to the top and bottom edges. It then gets increasingly blurry towards the corners, with point light sources becoming elongated due to astigmatism. 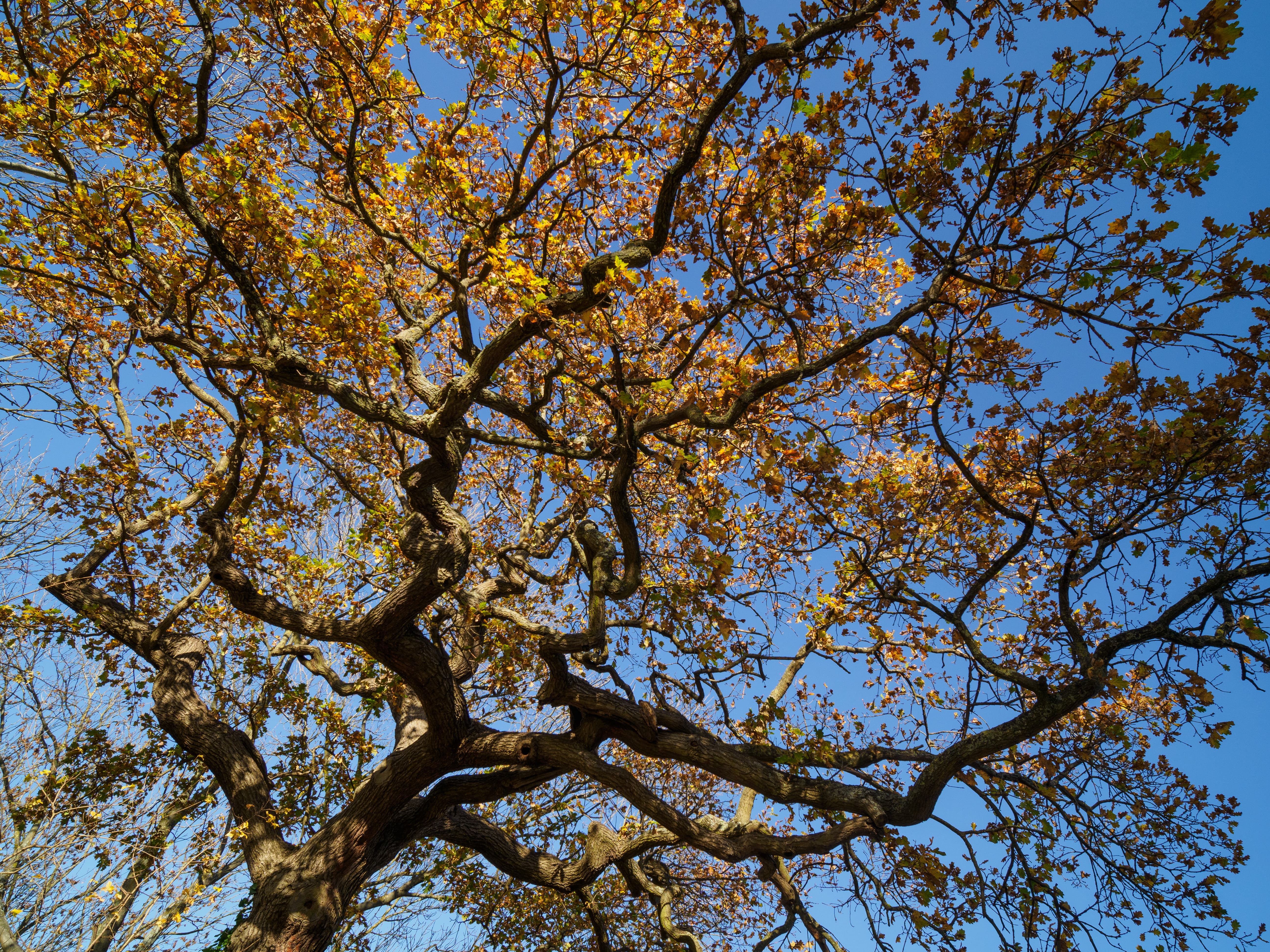 As expected, stopping down causes everything to sharpen up dramatically, and by f/5.6 the lens delivers superb levels of details from corner to corner. I’d avoid using apertures smaller than f/11, though, because this always leads to excessive diffraction softening on Micro Four Thirds. 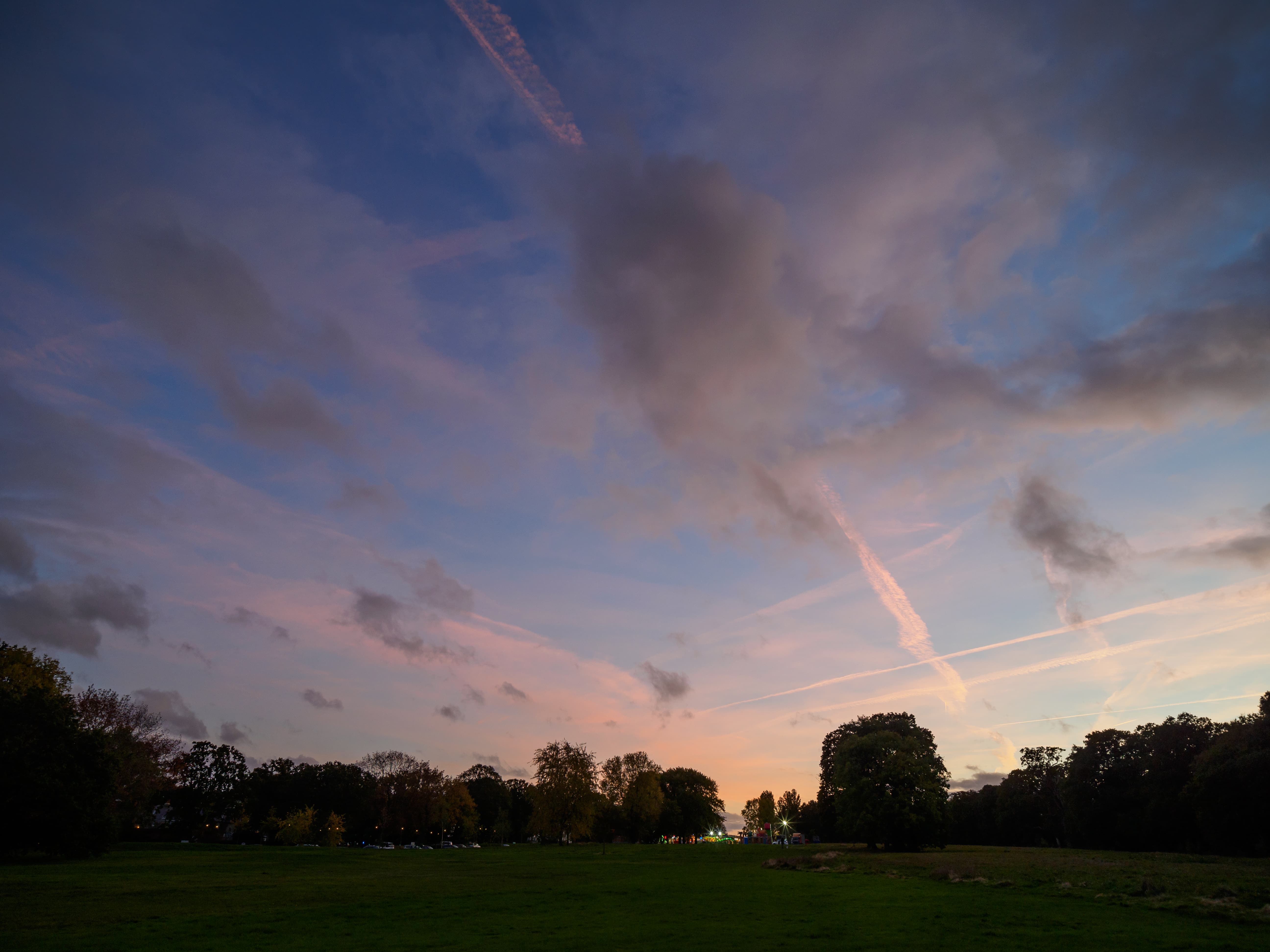 Crucially, three-dimensional real-world scenes tend to look better than test shots of flat subjects, especially at intermediate apertures around f/2.8-f/4. Examining the images closely reveals curvature of field, with the edges and corners coming into sharp focus at a closer distance than the centre. As a result, if you want the best cross-frame sharpness for long-distance shots, it can be better to nudge the focus ring slightly past its infinity mark. 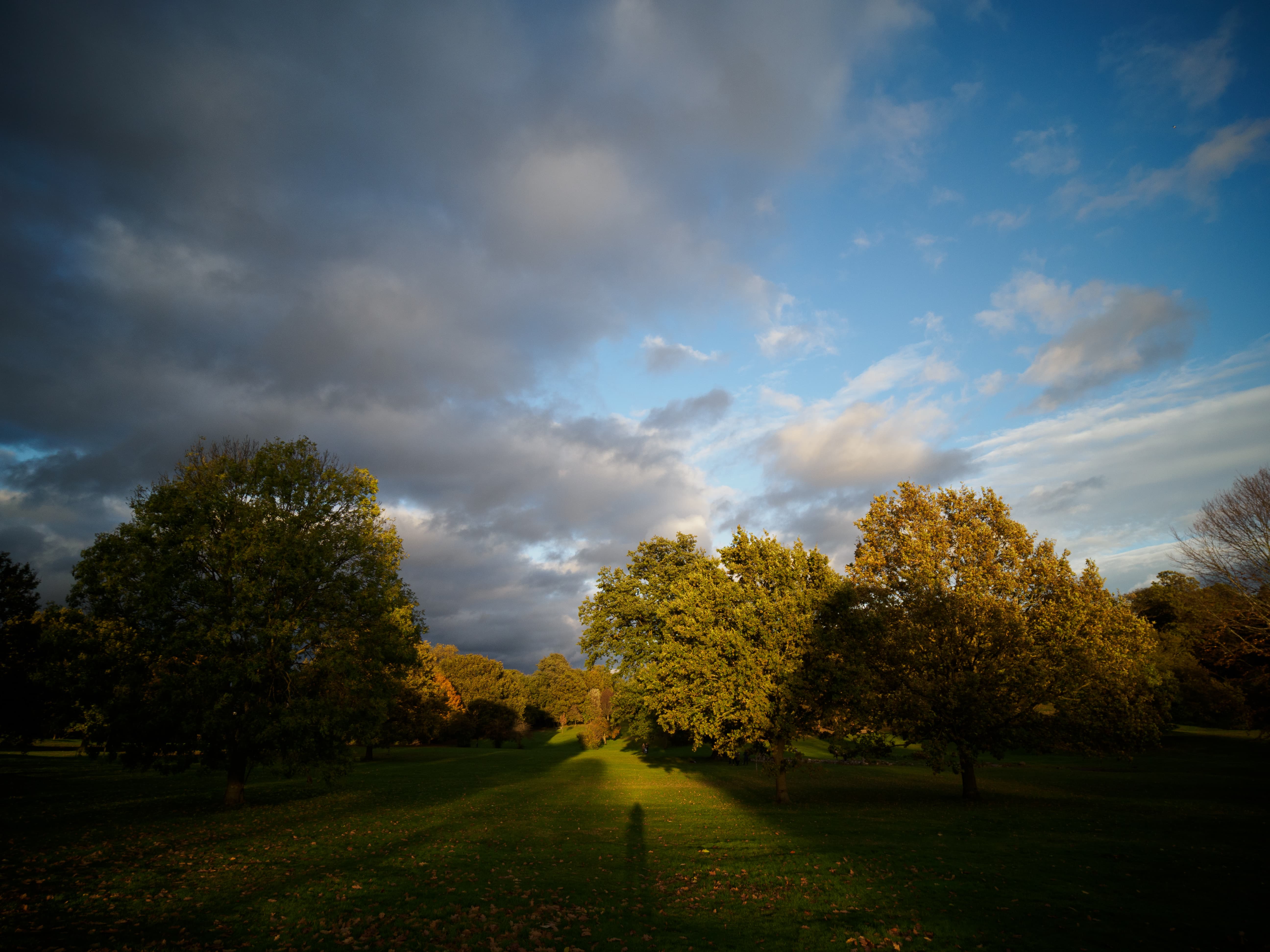 There’s pronounced vignetting at f/2, with the corners of the frame darkening abruptly. While this isn’t always a bad thing, it can look ugly on an otherwise evenly toned image. However it’s straightforward to address in raw processing. The vignetting reduces significantly at f/2.8 and has pretty much gone by f/4. 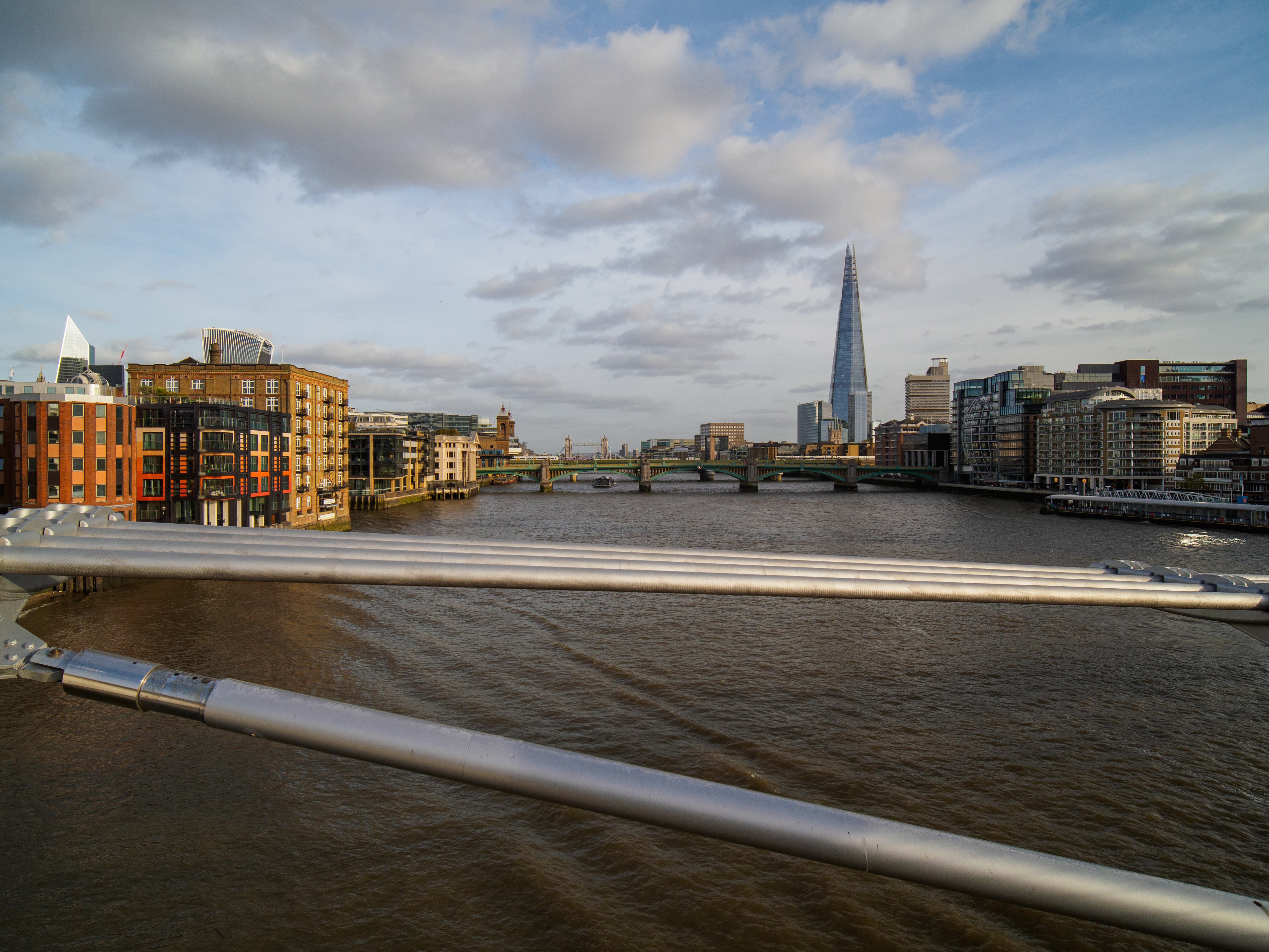 A little green and magenta colour fringing can be visible in both JPEG and raw files along high-contrast edges towards the corners of the frame, due to lateral chromatic aberration. Normally this is suppressed by Micro Four Thirds cameras using profiled correction data passed from the lens, but it’s clear Laowa isn’t doing that here. 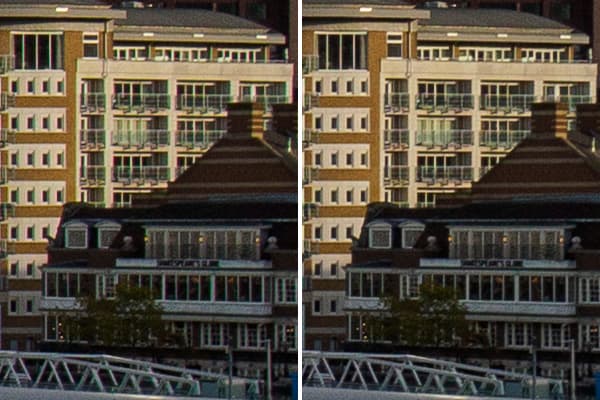 The 100% crop on the left shows a little colour fringing, but it’s a simple fix in raw processing (right)

However, the fringing is very slight, and a one-click fix in Adobe software on the rare occasions that it’s troublesome. 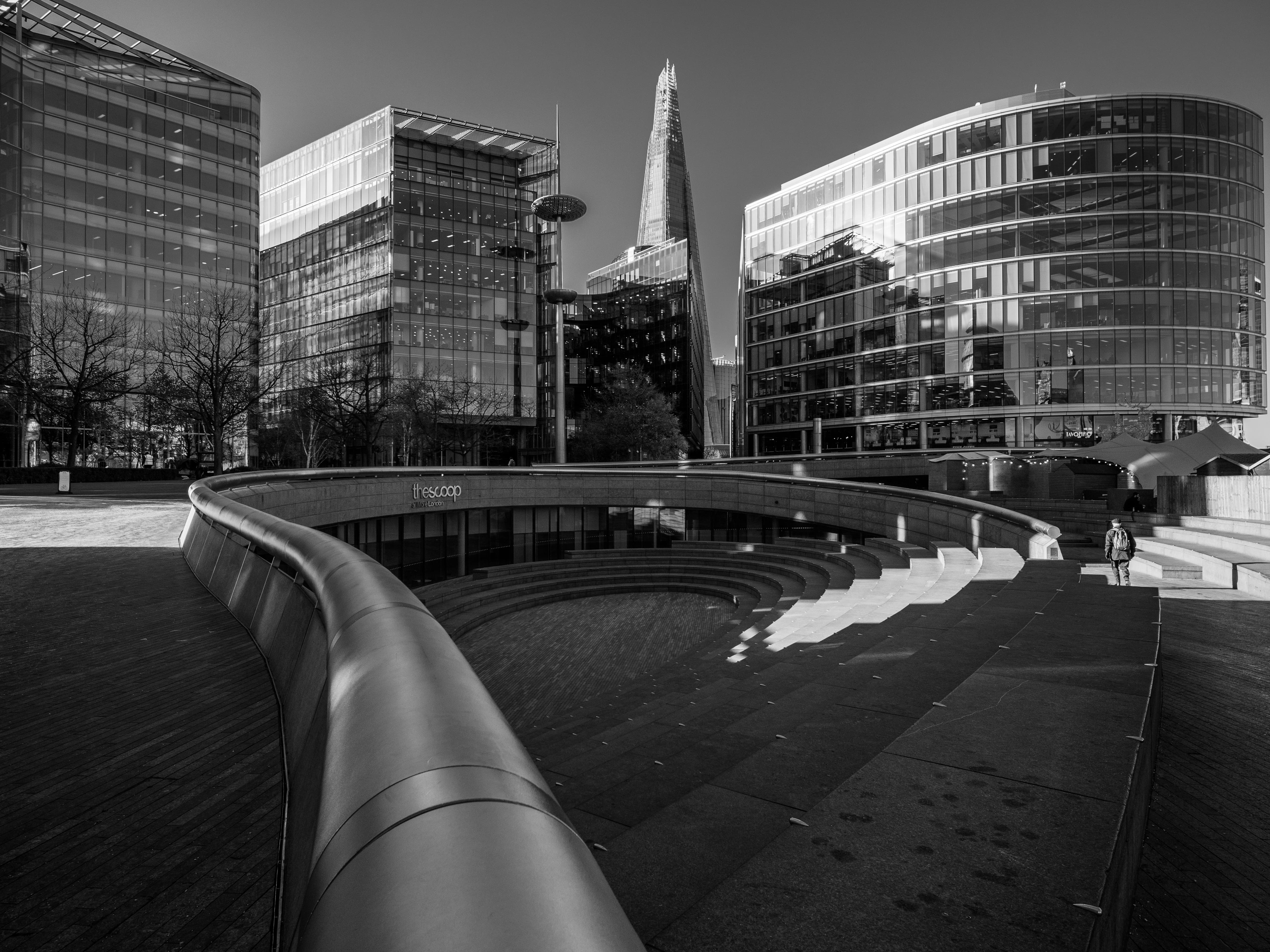 One area where the lens excels is with regards to distortion. As promised by the Zero-D designation, there simply isn’t any visible at all, with straight lines along the edges of the frame being rendered correctly. This is a real boon when shooting architecture, and means that the 10mm f/2 works well with both in-camera Keystone Compensation and geometry corrections in raw processing. 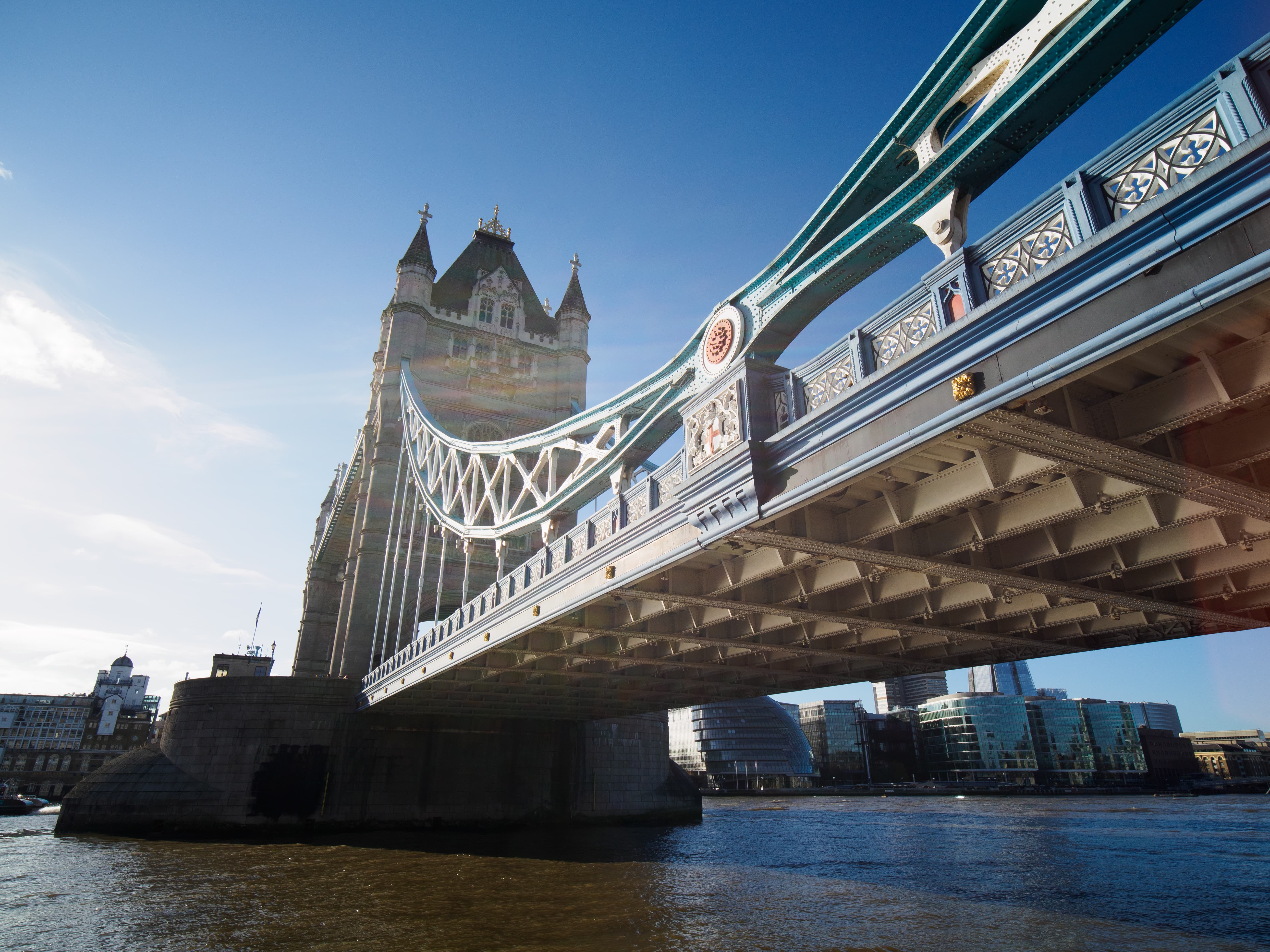 Flare can occasionally be a problem with oblique direct sunlight. Olympus PEN-F, 1/640sec at f/5.6, ISO 200

I had no problems shooting directly into bright light, with contrast maintained impressively well. Instead, flare tends to be most problematic when the sun strikes the front element at an oblique angle. So as usual it’s best practice to use the hood, not just to block stray light, but also to help protect the front element. 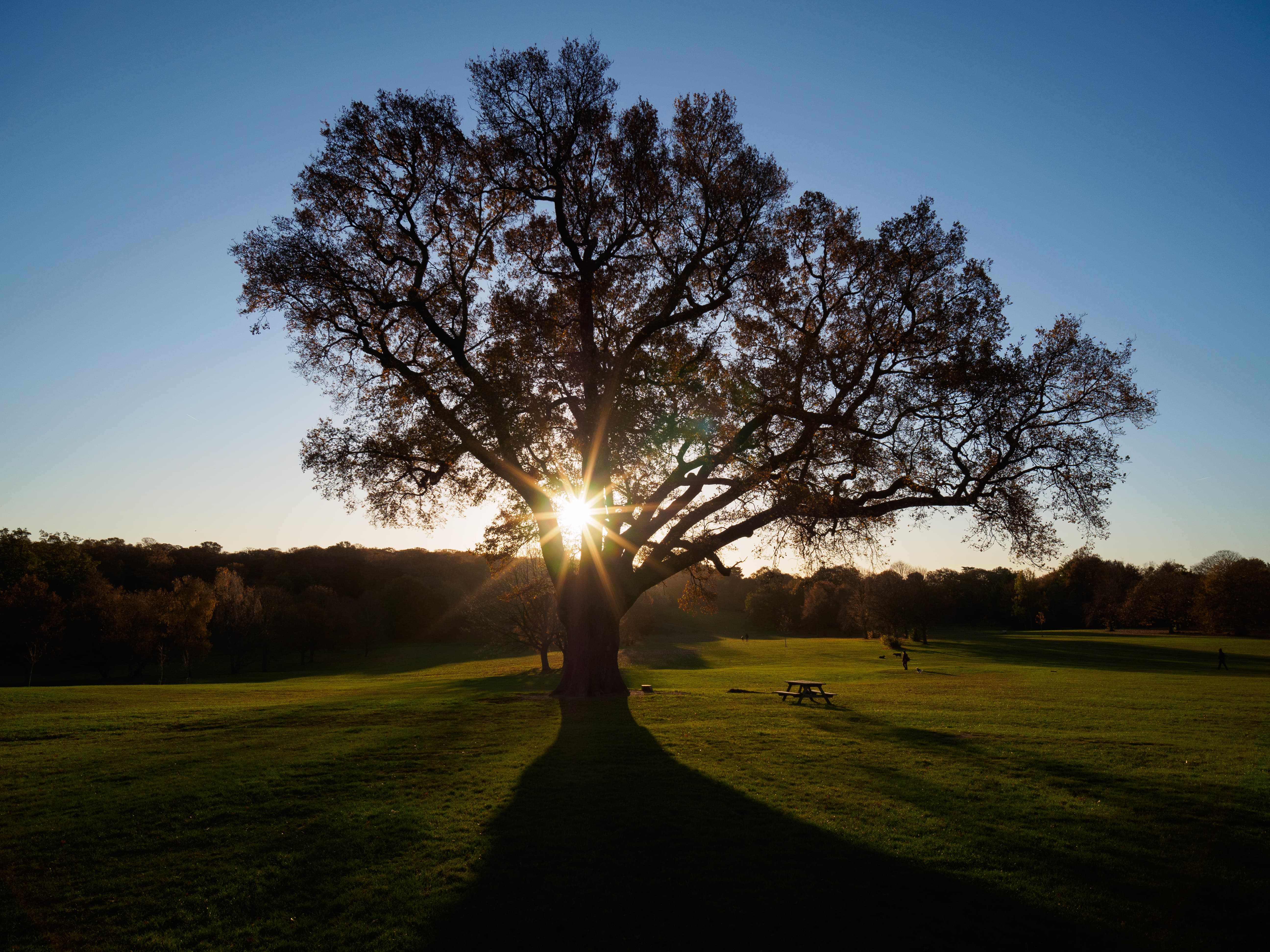 On a more positive, the lens renders attractive, well-defined 10-ray sunstars at surprisingly large apertures, with f/5.6 perhaps being the optimum setting. But you can even get subtle star effects from streetlights at apertures as large as f/2.8.

With its tiny size and sharp optics, the Laowa MFT 10mm F2.0 is a classic example of what Micro Four Thirds does best. It offers very acceptable image quality when used wide open, and excellent results when stopped down. Yet it’s so small and light that you can throw it in a bag or pocket and carry it around all day without noticing. It may not autofocus, but it makes manual focus so easy that it just doesn’t matter. And thanks to its electronics, in other respects it works much the same as conventional AF lenses. 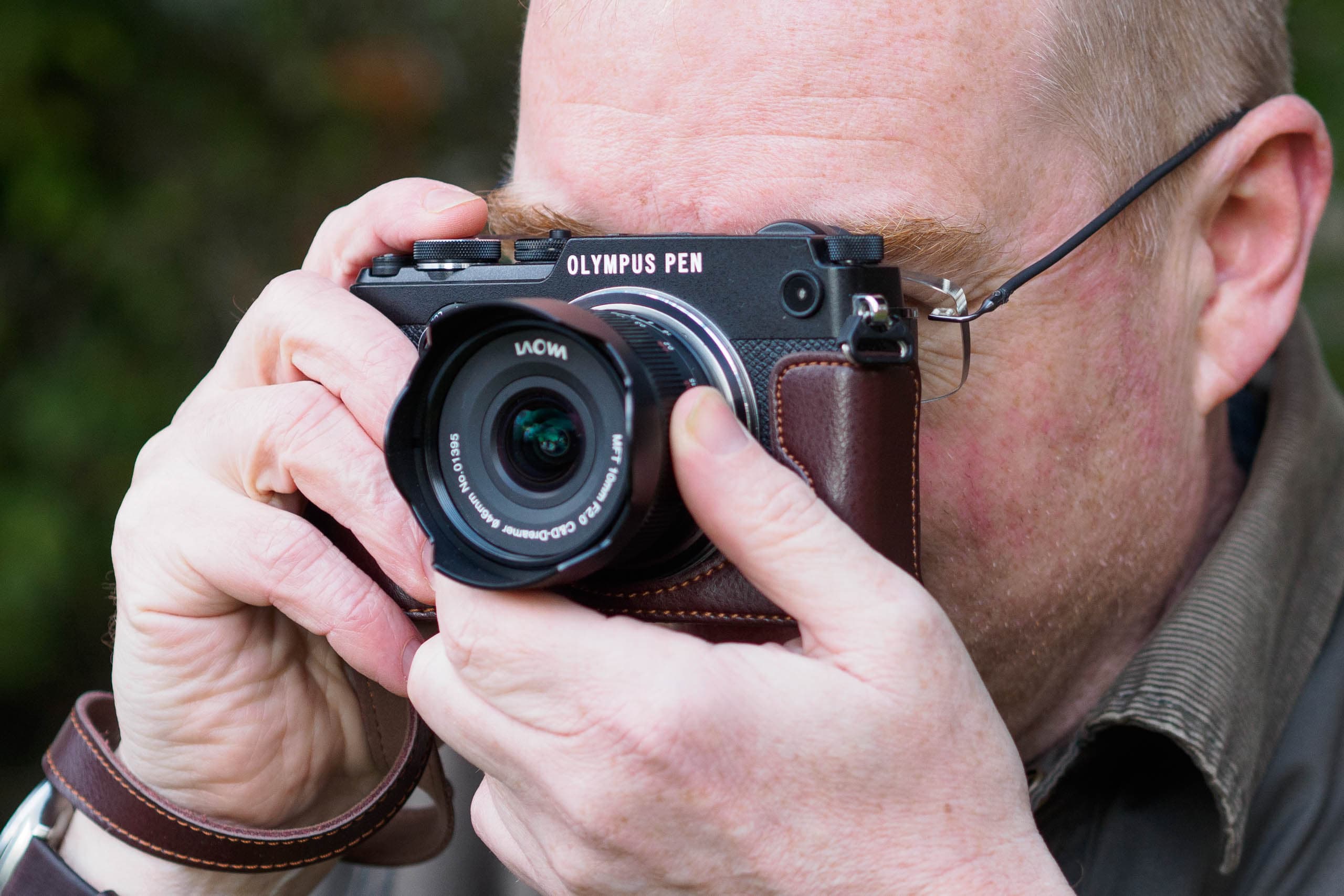 Despite being manual focus, the Laowa 10mm f2 is simple to use

It also fits nicely into the system as a whole. It’s a fine complement to a standard zoom, offering a usefully wider field of view and a larger maximum aperture. This makes it a great choice for shooting architecture and landscapes, or in low light. 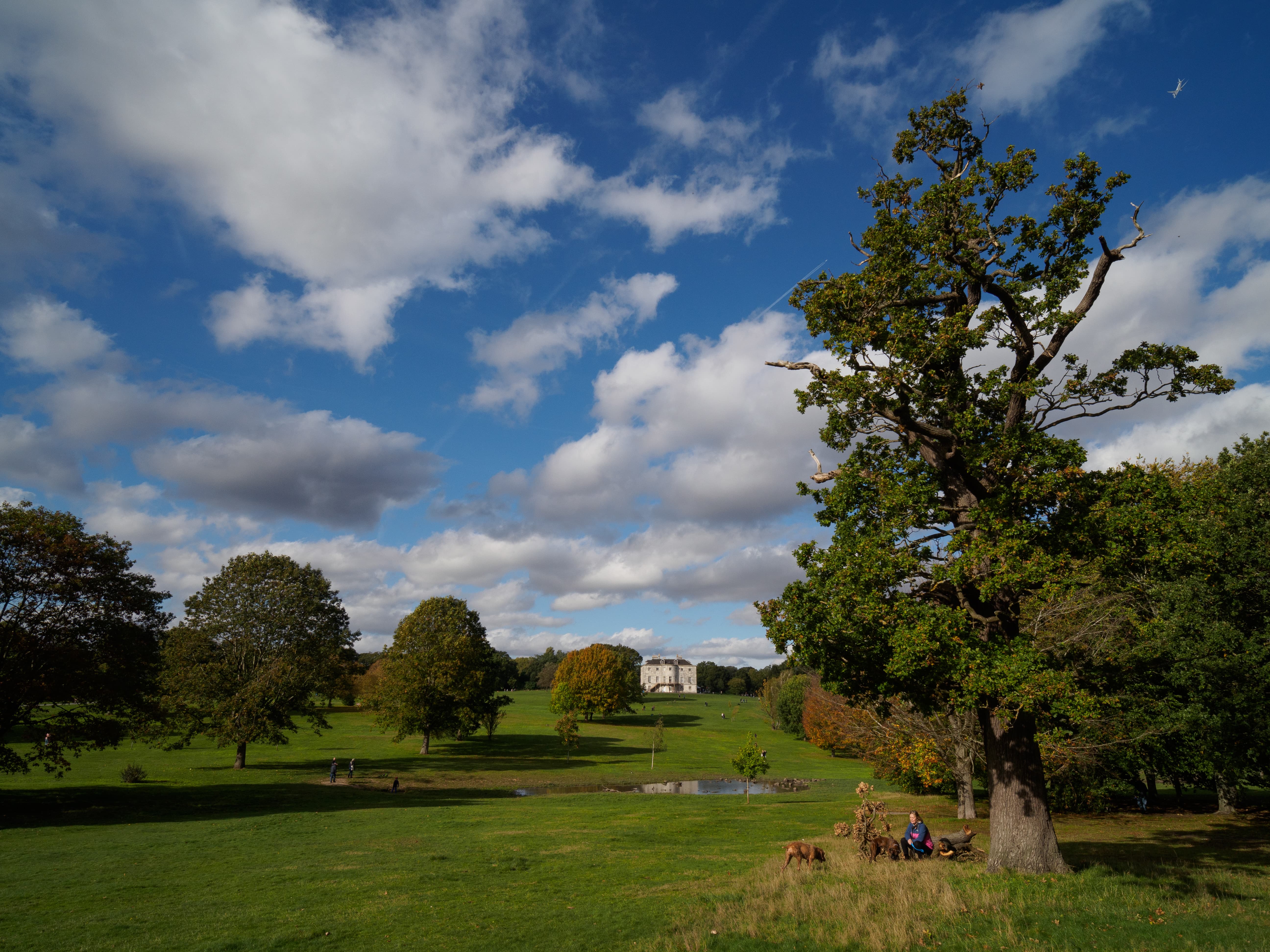 Compared to the obvious alternatives, the 10mm makes a strong case for itself. It’s considerably sharper than the Olympus 9-18mm f/4-5.6, while being smaller, lighter and cheaper. I’d also choose it ahead of its 9mm f/2.8 stablemate, thanks to its smaller size, larger aperture and electronic operation. For Micro Four Thirds users who’d like a pocket-friendly wideangle, it’s a great choice. 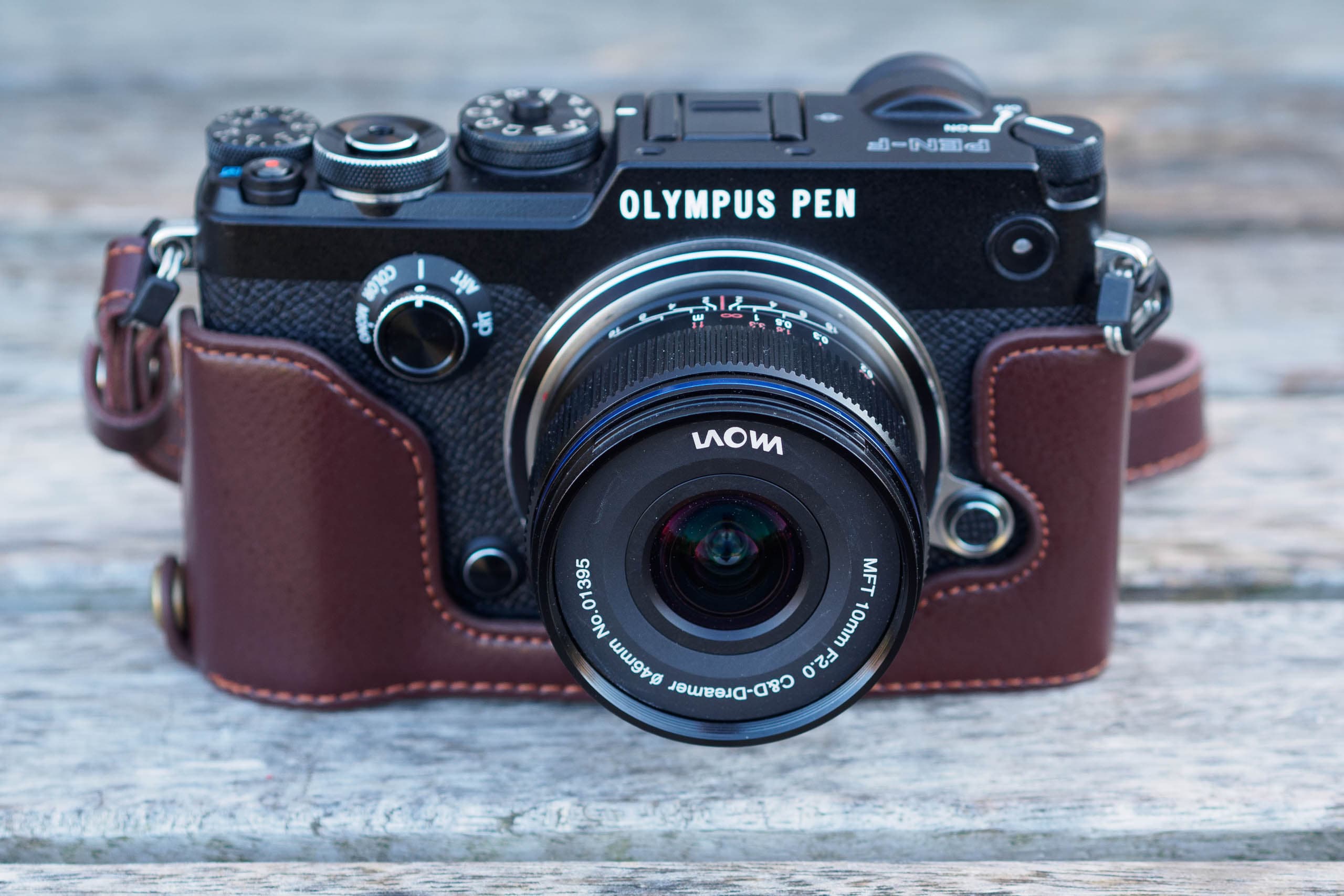