Pros: - Compact and lightweight
- Extremely sharp, particularly in the centre of the image
- Good for low-light shooting 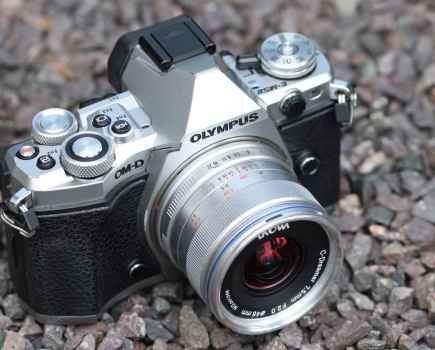 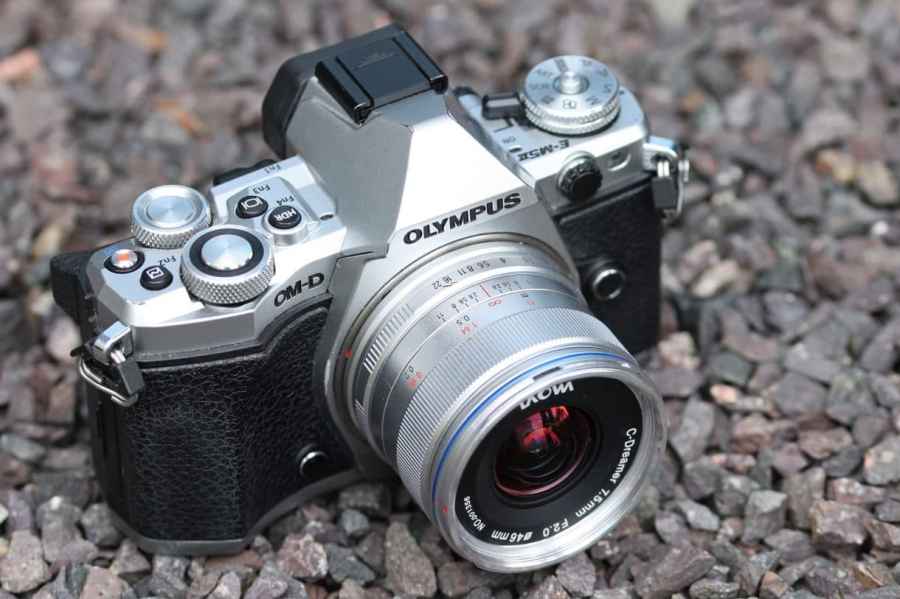 Pros: - Compact and lightweight
- Extremely sharp, particularly in the centre of the image
- Good for low-light shooting

Laowa might not be the best-known brand when it comes to third-party lenses, but it’s rapidly establishing a reputation for interesting and innovative optics. Here we’re looking at a compact, large-aperture, ultra-wide-angle prime for Micro Four Thirds mirrorless cameras: the whimsically named £499 Laowa 7.5mm f/2 MFT ‘Compact Dreamer’. With a 110-degree angle of view, it’s the widest-angle fixed focal length optic for Micro Four Thirds that provides a rectilinear perspective (in other words, straight lines towards the edge of the frame are rendered as such). It’s also the widest with an aperture of f/2 or larger.

With an angle of view equivalent to 15mm on full frame, the Laowa 7.5mm f/2 measures 50mm in diameter by 55mm in length, and weighs a mere 170g in its standard version. Venus Optics also makes a lightweight version designed for aerial photography that has a further 20g shaved off the weight, for a £20 premium. Given that every gram saved represents increased endurance for drone users, this looks like a smart move on the firm’s part. The lens is made for Micro Four Thirds cameras only

Despite its compact size, the lens incorporates 13 elements arranged in nine groups, including two aspherical elements and three made of extra-low-dispersion glass. The front element is treated with the charmingly named Frog Eye Coating, which is presumably designed to be water-repellent. The aperture diaphragm has seven blades, and the minimum focus distance is a mere 12cm. The petal-type hood bayonets onto the front of the lens

Both focusing and aperture setting are manual, controlled by traditional analogue rings around the lens barrel. At the front you’ll find a 46mm thread (a size that’s shared with several other small Micro Four Thirds primes), making this the widest Micro Four Thirds lens to accept screw-in filters. It’s joined by a bayonet mount for the supplied petal-type hood, which twists into place with a quarter-turn, and can be stored snugly reversed over the barrel.

There’s no disputing that the Laowa is a nicely built little lens, with an attractive cosmetic design and robust-feeling metal barrel. Some of the firm’s previous designs have been decidedly utilitarian, but its quality of fit and finish seems to be going up all the time. Our silver-coloured review sample was a perfect aesthetic match to my silver Olympus OM-D E-M5 Mark II, and a black-barrelled version is also available. It’s worth noting that the lens isn’t described as weatherproof, and there’s no seal around the lens mount. The lens itself has no electronics, so there isn’t much that can go wrong if it gets wet – but obviously, the same can’t be said of the camera. This is a bit of a shame, since I suspect a lot of landscape photographers might be attracted to such a portable, ultra wide-angle prime.

A broad manual focus ring covers most of the barrel, and has a finely ridged grip. It offers fairly stiff resistance, meaning it’s unlikely to get knocked out of position, but it’s still smooth enough to allow precise manual focusing. The lens uses a rear-focus system, so doesn’t change length as the focus ring is rotated through its 100-degree travel. The manual focus ring falls perfectly to hand, with the aperture ring behind it

The much slimmer aperture ring is positioned close to the camera body, and clicks at the whole-stop positions (there’s no way to disable this for video shooting, presumably due to the barrel’s compact size). Unusually, the gaps between the settings aren’t evenly spaced; instead, ever-smaller rotations are needed between the smaller apertures. This means that while you can easily select intermediate settings to begin with, it’s pretty much impossible from f/8 onwards.

The focus ring has a distance scale in both metres and feet, and rotates fractionally beyond the infinity position, which on my review sample was accurately marked. There’s also a depth-of-field scale with markings for f/2.8, f/4, f/5.6 and f/11. But all of the numbers are painted on, rather than engraved, so there’s some risk they might wear off over time. Since the lens has no electronics, it can’t communicate any information to the camera. So you won’t see any lens data in the EXIF, or the current aperture in the viewfinder while you’re shooting. Instead, you’ll have to refer to the aperture ring, or count clicks as you make changes. On cameras with in-body stabilisation, you’ll also have to set the focal length manually for the IS to work properly. With Panasonic bodies, you’ll also need to enable the ‘Shoot without lens’ setting.

When using a manual focus lens, it’s important to get your focusing technique polished. You’ll always get most accurate focus using magnified view, but since this won’t be engaged automatically when you turn the lens’ focus ring, it’s best to allocate it to an easily reached custom button (on the E-M5 II, I use the top-plate Fn2 button). Alternatively, you can enable focus peaking, but with this type of wide-angle lens you’re likely to get distracting highlighted edges across much of the image. This lens brings huge depth of field, but you still need to focus for subjects close to the camera

Naturally, though, with a 7.5mm prime on Micro Four Thirds you’ll get extensive depth of field, so a lot of the time I simply left the lens set to f/5.6 and the infinity focus position. It’s then only really necessary to adjust focus for subjects a metre away or closer.

For £499, the Laowa 7.5mm f/2 isn’t exactly a cheap and cheerful option. Thankfully, its optical quality goes a long way to justify the price. Images taken on my E-M5 Mark II were dizzyingly sharp in the centre of the frame wide open at f/2, with barely any visible improvement on stopping down. Even at f/2, the Laowa 7.5mm f/2 MFT gives impressively sharp detail in the centre of the frame

Not surprisingly, the corners don’t reach the same heights, but they sharpen up quite nicely as the aperture is closed down. There’s a degree of curvature of field, which means that real-world three-dimensional scenes tend to look better than chart tests might suggest – indeed, in side-by-side tests, I found the Laowa to be consistently sharper than my Olympus 7-14mm f/2.8 Pro. By f/5.6. This is an entirely sensible working aperture on Micro Four Thirds; you’ll get pretty crisp detail right across the frame. The Laowa 7.5mm d/2 MFT gives really sharp images when stopped down; this was shot at f/4

Other optical characteristics are typical of wide-angle primes. The lens shows obvious barrel distortion, but it can be fixed by applying a correction value of +10 in Adobe Camera Raw. You’ll also see green and magenta fringing towards the corners due to lateral chromatic aberration, but while this will be visible in out-of-camera JPEGs, it’s a trivial one-click fix in raw processing. Perhaps more vexing to some users will be the vignetting, which is prominent in images at f/2, and never entirely goes away on stopping down. But, again, it can be compensated for in software when it’s detrimental to the image. One important aspect of ultra wide-angle lenses is flare resistance, as the sun will quite often be either in the frame or impinging on the front element. For the most part I saw little to worry about, but when the sun is placed across narrow range of angles within the frame, an intense red flare pattern can appear diametrically opposite it. As usual, this pattern becomes more delineated at small apertures, but it isn’t necessarily unattractive. Stop down to f/8 or smaller and you can get nice 14-ray sunstars from the lens’ seven-bladed aperture.

Our Image Engineering MTF50 measurements reveal the lens to be staggeringly sharp in the centre of the frame wide open. There’s just a fractional improvement at f/2.8, with diffraction progressively softening things thereafter. Corners are a very different story, but they give perfectly respectable results from f/5.6 to f/11. The lens shows pretty severe vignetting wide open, with 1.5 stops of light fall-off in the corners of the frame. This reduces slowly as the aperture is closed down, but only drops below 1 stop at f/5.6. At f/8 it falls to around 0.8 stops, but doesn’t reduce any further at smaller apertures. As tends to be the case with wide-angle lenses, the Laowa 7.5mm shows quite obvious barrel distortion. With no electronics onboard to pass lens data to the camera, it isn’t automatically corrected either – unlike many other Micro Four Thirds lenses. But this being a prime, it’s entirely predictable from shot to shot, making it relatively easy to correct in post-processing. With the Laowa 7.5mm f/2 MFT, Venus Optics has made a neat little lens that has a lot to recommend it. It’s small, lightweight, nicely built and handles well. Optically it’s really good too, especially when stopped down to f/5.6. Some might be deterred by its fully manual operation, but this didn’t bother me at all; a lot of the time I simply left it set to infinity focus and f/5.6. Laowa’s tiny 7.5mm f/2 will fit into the palm of your hand

The real question for potential buyers, I suspect, is whether there’s a hole in their kit that can be filled by this kind of ultra wide-angle prime. For the majority of photographers, one of the Olympus or Panasonic autofocus zooms would likely be a more practical wide-angle option, especially since there’s a huge gap in angle between 7.5mm and a 12mm standard zoom.

But the tiny Laowa would be a great choice for those who prefer shooting with a collection of small primes, and a great complement to classic compact Micro Four Thirds primes such as the Olympus 12mm f/2, 17mm f/1.8 and 45mm f/1.8, or the Panasonic 15mm f/1.7, 25mm f/1.4.

Have a look at more options in our guide to the best Micro Four Thirds lenses.