Cons: - Telephoto camera only shoots JPEGs, not raw
– Lens flare can be a problem 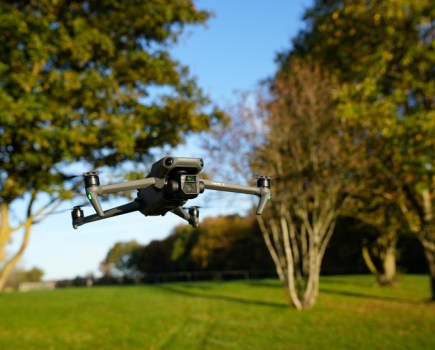 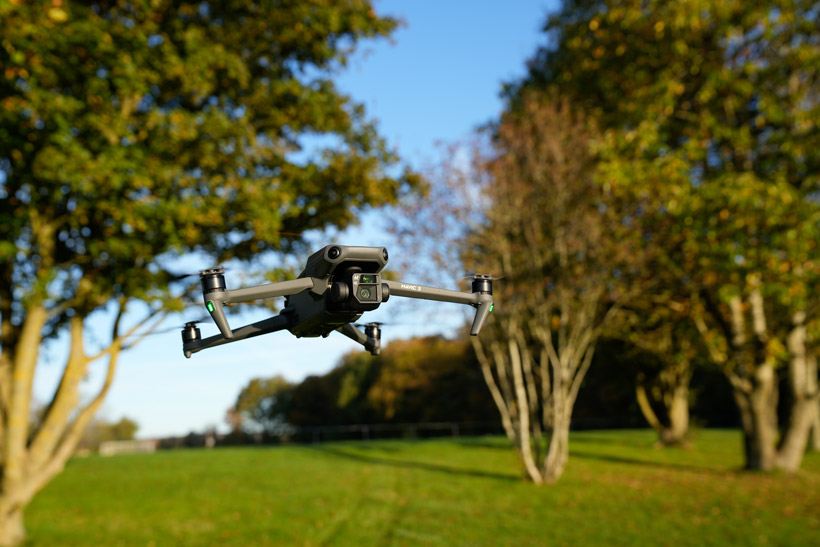 Cons: - Telephoto camera only shoots JPEGs, not raw
– Lens flare can be a problem

The Mavic 3 is DJI’s widely anticipated replacement for the Mavic 2 Pro and Mavic 2 Zoom. These drones feature 20MP 1-inch type and a 1/2.3-inch type sensors respectively, so the 20MP Four Thirds format sensor in the Mavic 3’s main camera marks a major step-up, with the larger sensor boosting image quality.

When the 24mm (equivalent) main camera is in action, the Mavic 3 is able to shoot 12-bit DNG raw files or 5.1K video at up to 50p while 4K video can be shot at up to 120p – perfect for rendering action in slow-motion. Just above this camera, there’s a second camera with a 1/2-inch type CMOS sensor and an effective focal length of 162mm plus a digital zoom. This camera is limited to shooting JPEGs for stills or up to 4K video at 30fps and is best suited to checking out distant objects and route-planning, before flying closer to use the main camera.

Returning to the 20MP camera, there’s a variable aperture (f/2.8-11) which is handy when you need to keep the shutter speed down to twice the frame rate for video. The sensitivity can be set in the range ISO 100-6400 for stills or video and there’s a shutter speed range of 8-1/8000sec. 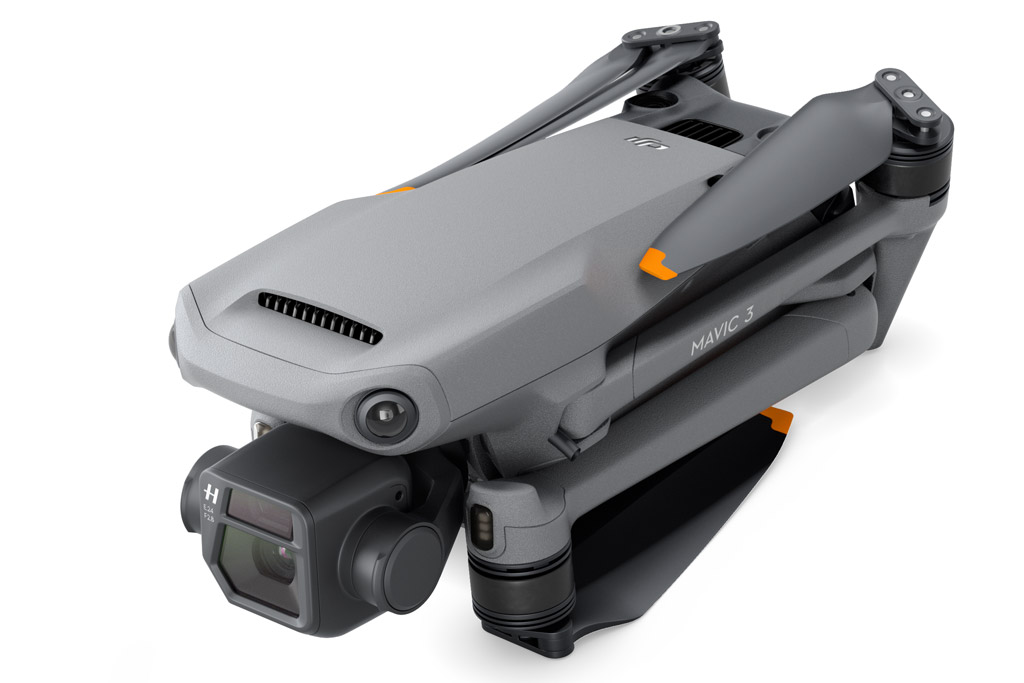 In a major upgrade, the rechargeable battery supplied with the Mavic 3 promises a flight time of up to 46 minutes. In reality, I found 36 minutes closer to the mark, depending upon the windspeed and how you fly, but that’s still a good flight duration. Nevertheless, I’d recommend buying at least one spare battery, or the Fly More Combo which comes with three batteries and a charging hub, so you can make the most of the light at your chosen location. 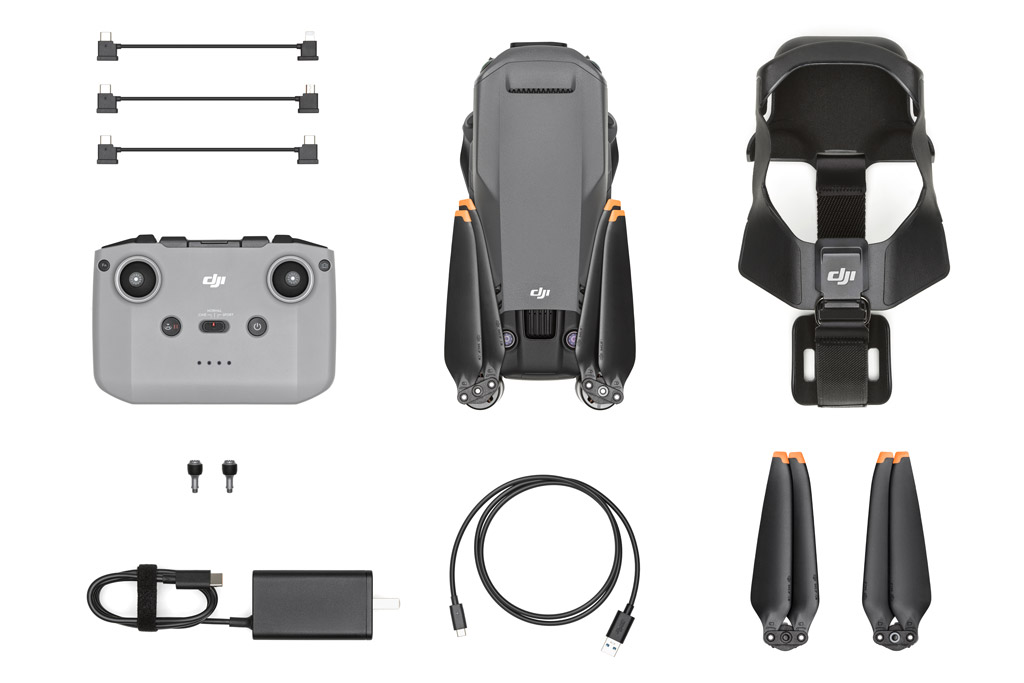 Thanks to a collection of wide-angle sensors, the Mavic 3 has an omnidirectional object avoidance system that quickly detects objects in the flightpath and either stops the drone or directs it around the object depending on how you set it up. 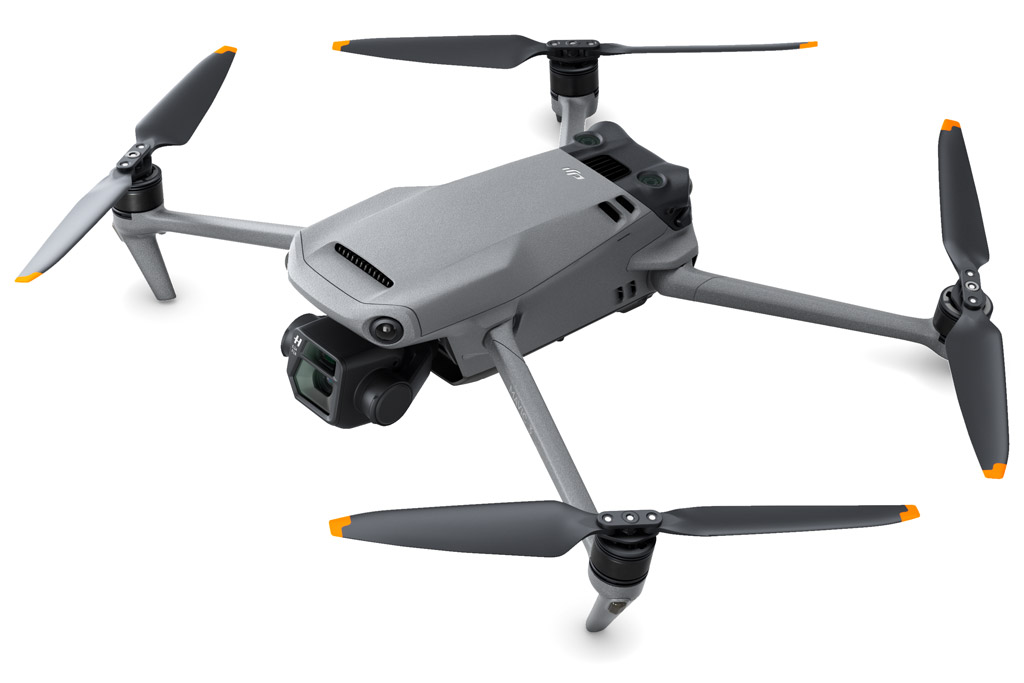 DJI has also upgraded the transmission system that operates between the controller and the drone, making it more stable and extending the range to 15km – which would require special permission.

In addition, the Return to Home (RTH) system is able to take the windspeed into account and calculate the most power-efficient route back to its starting point, so you get maximum use out of the battery power. 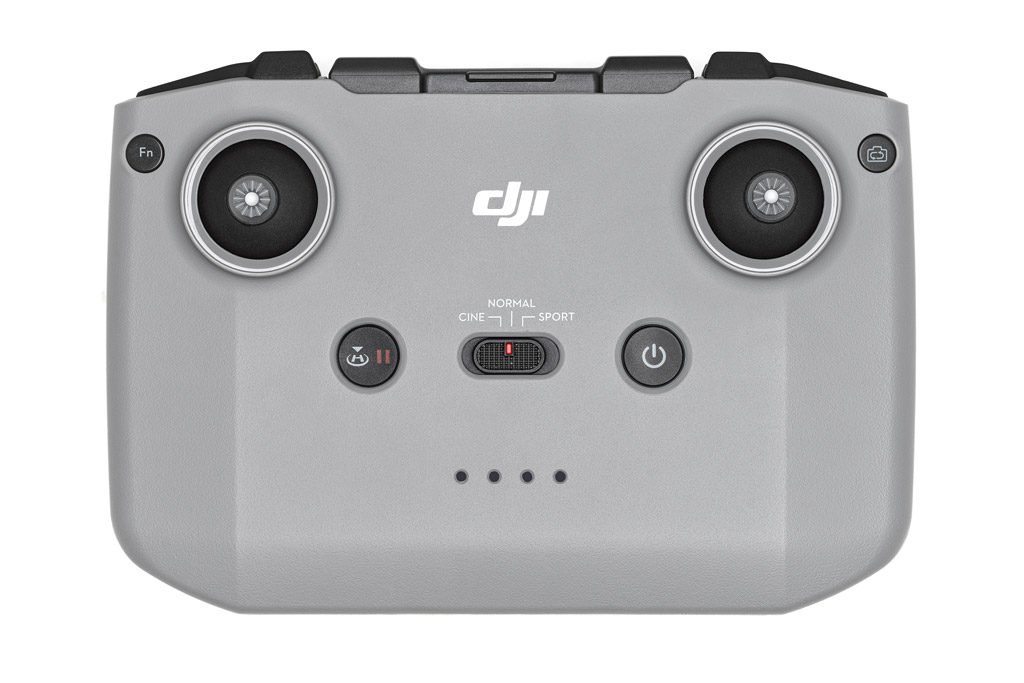 There’s also a collection of intelligent flight modes including the MasterShots that were introduced with the DJI Mavic Air 2S and QuickShots that have been around for quite some time. Interestingly, although the Mavic 3 is on sale, DJI has yet to release the firmware that unlocks these modes for the new drone. While features such as ActiveTrack 5.0 make it easier to keep a moving subject in the frame, most of the automatic and semi-automatic flight modes are nice additions rather than essential for the target audience of the Mavic 3. 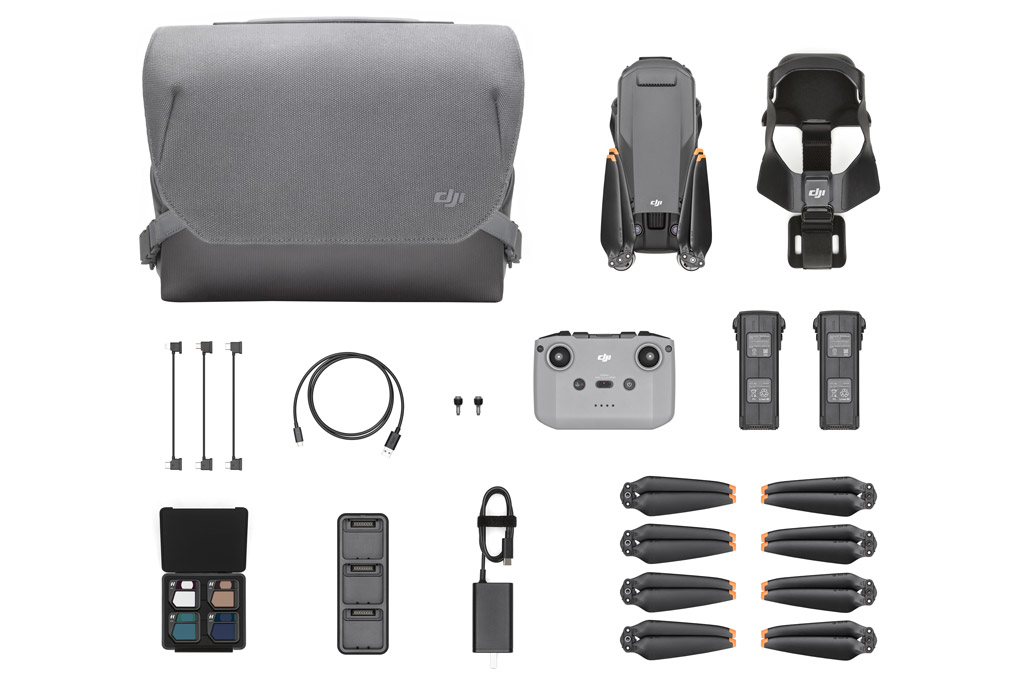 Thanks to the large sensor and high-quality optics, the Mavic 3 is capable of capturing superb-quality video and stills. Straight from the camera, the JPEGs look brighter than the raw files, but that’s easily addressed and both show a good level of detail. Blue skies tend to look oversaturated in both file types, but again this can be adjusted easily.

If the drone is close to the subject and you set a wide aperture, you need to be careful about where you set the focus. But for most aerial shots, the depth of field delivered by the 24mm equivalent lens ensures that the scene is acceptably sharp.

Flare can be a significant issue, so it’s important to keep an eye on the angle of the sun in your shots and check for hotspots.

Although it’s listed in DJI’s consumer range, the Mavic 3 has a sensor size that has previously only been seen in professional-level drones and there’s plenty to satisfy pro aerial landscape photographers and videographers. It’s also conveniently portable and, after the initial set-up, it can be ready to fly in a couple of minutes.

As usual with DJI’s modern drones, the Mavic 3 is very easy to fly while the object avoidance helps keep it safe. Its price may give pause for thought, but it’s the best imaging drone available right now.

In the UK, you need to register your drone with the CAA and obtain an Operator ID and Flyer ID via https://register-drones.caa.co.uk.

Also, although it’s new, the Mavic 3 is classified as a ‘legacy drone’ under the drone regulations and, as it weighs more than 500g, you must have an A2 Certification of Competence if you want to fly it closer than 150m from residential, recreational, commercial and industrial areas. After January 2023, you will need an Operational Authorisation from the CAA (which requires a General Visual Line of Sight Certificate) to fly within those distances.

Want more options? Check out our guide to the best drones with cameras you can buy right now.