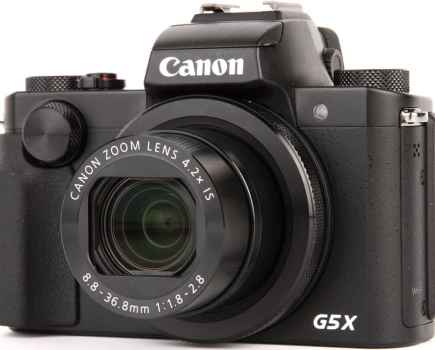 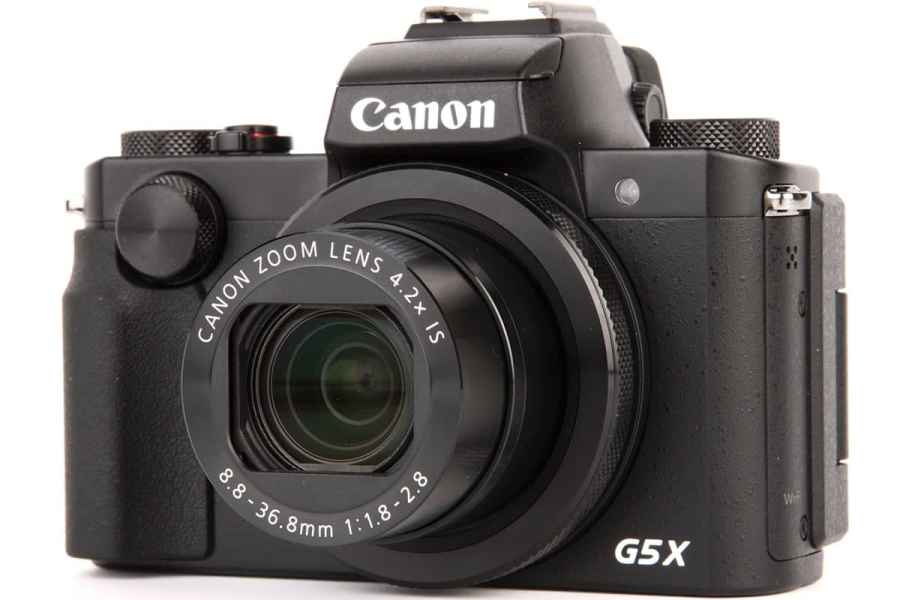 Canon’s recent launch of the PowerShot G9 X and G5 X was designed to bolster its current range of enthusiast compacts. The G5 X sits above last year’s pocket-sized PowerShot G7 X, and it would appear that Canon has taken on board a lot of comments from consumers with regard to that camera.

At first glance, the G5 X looks as if it’s designed to offer everything the enthusiast photographer had hoped for from the G7 X but didn’t quite get. While the G7 X’s image quality and lens are good, it doesn’t excel in terms of handling in the now rather crowded 1in-sensor compact market. As a result, the G5 X takes it up a notch with an excellent electronic viewfinder, a wealth of customisable buttons and controls, and a more comfortable grip, all of which vastly improve its handling, albeit at the expense of its overall size. 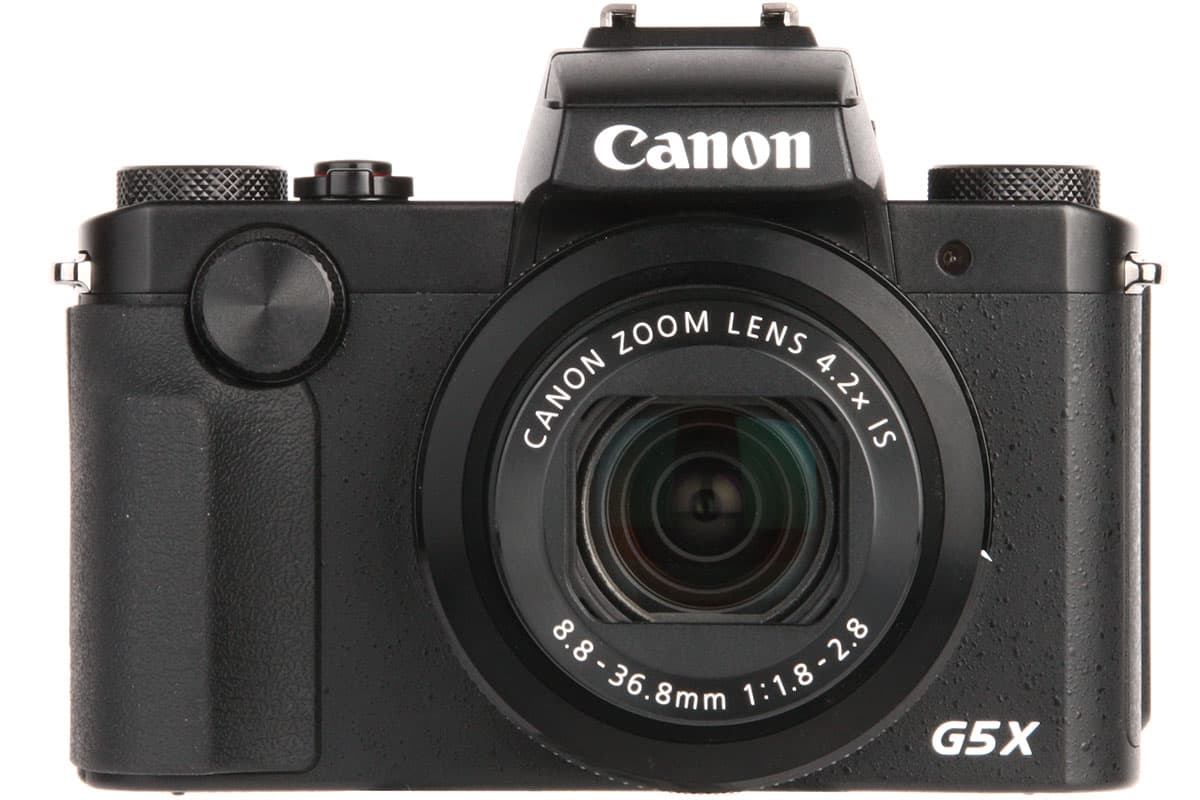 Inside the PowerShot G5 X is a 1in, back-illuminated sensor with a resolution of 20.2 million pixels. This is likely to be the same Sony-made sensor that we first saw inside the Sony Cyber-shot DSC-RX100 II back in 2013, and which has featured inside several high-end compact cameras since. It’s the same sensor as that used in Canon’s PowerShot G3 X and the more recent G7 X and G9 X. It’s a popular sensor for good reason – but more on that later.

Equally impressive is the 8.8-36.8mm f/1.8-f/2.8 lens, which is equivalent to 24-100mm in 35mm terms. This focal range adequately covers everything from landscapes to portraiture. The additional range at the long end, while maintaining its f/2.8 aperture, gives it the edge on its competitors. The Sony Cyber-shot DSC-RX100 IV features a Carl Zeiss Vario-Sonnar T* 24-70mm equivalent f/1.8-2.8 lens, while the Panasonic Lumix DMC-LX100 has a Leica DC 24-75mm f/1.7-2.8. Housed inside the lens are nine rounded aperture blades, which should help afford a pleasing look to out-of-focus areas of pictures. A 5cm minimum-focusing distance means it’s easy to shoot close-ups.

The lens also has intelligent 5-axis optical stabilisation, which Canon claims will allow handholding at up to 3 stops slower than normal. It’s usual for manufacturers’ claims to fall on the generous side, but I was able to shoot at 1/10sec in low light and still get a usable shot.

A 3-stop built-in ND filter is featured on the G5 X. This allows users to shoot with wider apertures in bright conditions or to slow down shutter speeds, which is good for portraits and capturing motion in images. The ND filter can either be set to on, off or automatic. 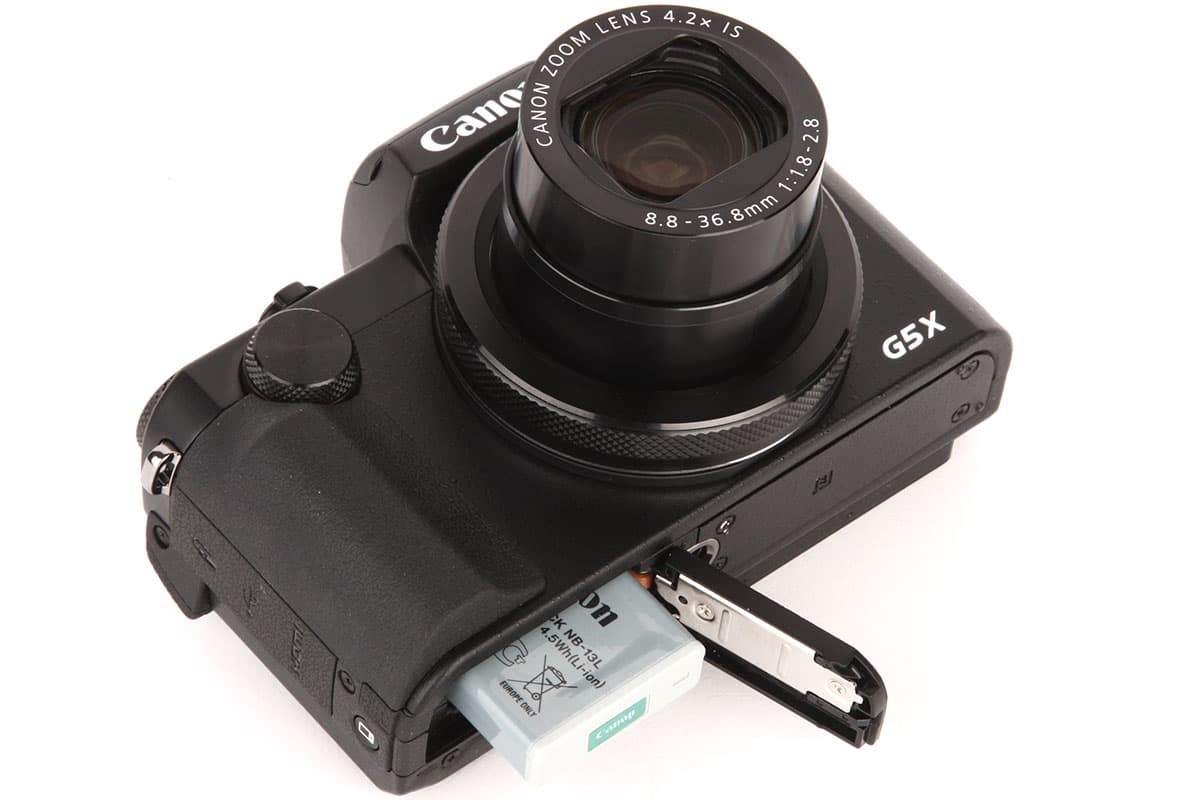 An extensive sensitivity of ISO 125-12,800 is offered. Like many of Canon’s recent DSLR cameras, including the Canon EOS 750D, the PowerShot G5 X uses the Digic 6 processor. Also like the DSLRs, the G5 X can shoot both raw and JPEG formats. Canon states a 5.9fps continuous-shooting speed with focus fixed at the start of the burst, and 4.4fps with autofocus between frames. However, this is for JPEG shooting only, and when shooting raw the speed is much slower.

I found when shooting raw + JPEG large, I could take approximately six shots in ten seconds. In raw only it’s slightly faster, but still well over one second per raw image. The G5 X just doesn’t buffer and process the large 20.2-million-pixel raw files very well. Clearly, this camera isn’t intended for wildlife and sports shooters, who need to rattle off frame after frame, but even so, I still feel its raw-shooting capability is slower than I would like.

The G5 X has Wi-Fi compatibility and can connect using dynamic NFC. This allows users to send photos and video to their smartphone and tablet quickly via the Canon Camera Connect app, which is available for both Android and iOS. From this app it’s also possible to control the camera remotely from your smart device, and the Wi-Fi functionality allows wireless connectivity to a variety of Canon printers. 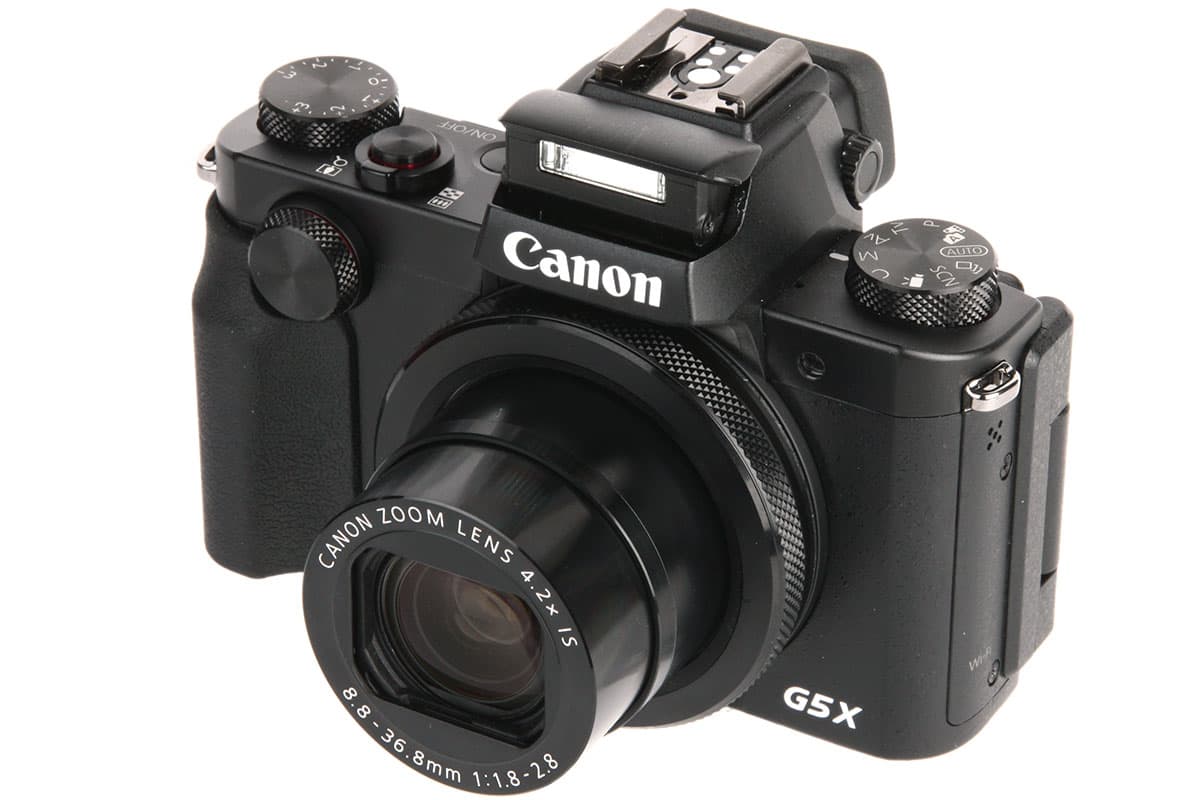 A small built-in flash pops up from the viewfinder housing

Above the viewfinder is a pop-up flash and a hotshoe. The pop-up flash is fairly powerful and I found it lit up a large group of ten people at a range of around 3m. The flash boasts a sync of 1/2,000sec and can be adjusted ±2 EV. With the hotshoe, users can attach a Canon-fit flashgun and use it with ETTL, just like any Canon DSLR.

Video can be captured at a maximum resolution of 1,080×1,920 at a frame rate of 60, 50, 30, 25 or 24fps. While lower resolutions are available, these are at frame rates of 25fps or 24fps. Thanks to the 5-axis stabilisation, I found the video I captured looked very smooth and was of reasonable quality.

The G5 X uses a rechargeable Lithium-ion NB-13L battery, which is rated up to 330 shots in eco mode and 210 shots using the LCD and EVF. I found for a day’s shooting the battery lasted well, and the addition of micro USB charge capabilities is excellent. It means it’s possible to quickly top up the battery from a power bank or from an Android phone charger. Canon has also included an external charger, which is quicker than using USB.