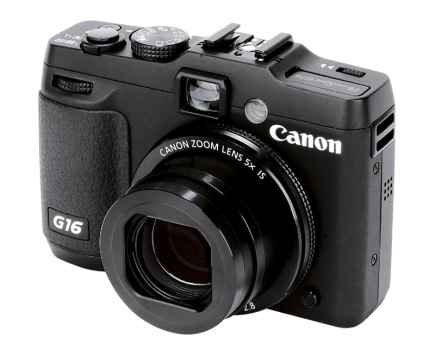 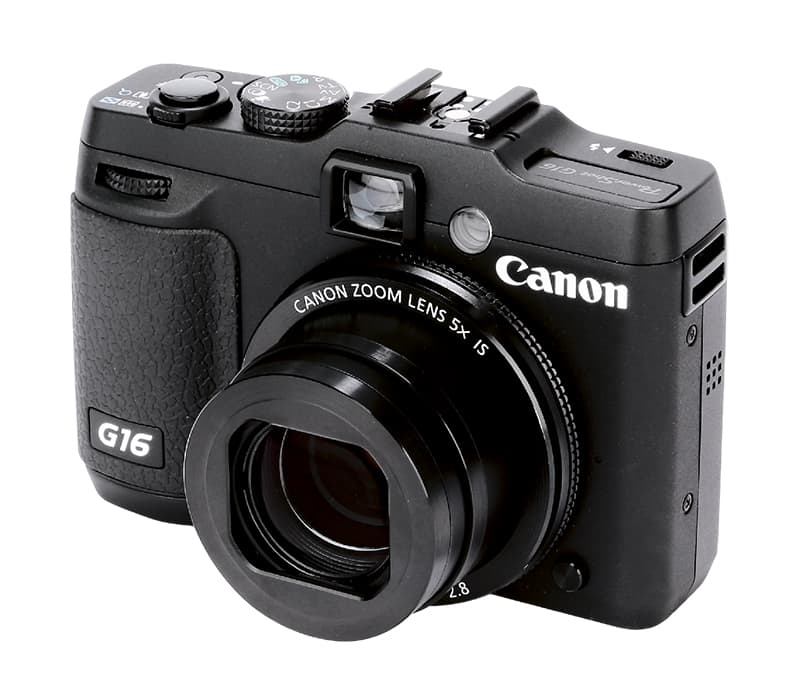 Canon PowerShot G16 at a glance:

The Canon PowerShot G16 has a similar specification and fulfils much of the same criteria as the Nikon Coolpix P7800, which I tested in AP 9 November. Canon’s G and Nikon’s P-series cameras have been in direct competition for many years, with both seeing numerous changes with each new addition. The Canon G series has a rich heritage, with the first camera appearing more than 13 years ago. With recent models, Canon decided to remove the 2.8in, 461,000-dot, vari-angle LCD screen of the PowerShot G11 and G12, and replace it with a 3in fixed monitor with double the resolution. It is this screen that is used on the new PowerShot G16, although the camera has a few new features, including Wi-Fi and a new processor that enables a high frame rate, among other advantages.

As I explained in the Nikon test, the 1/1.7in sensor used in both the Canon PowerShot G16 and the Nikon Coolpix P7800 was, several years ago, considered very large, especially when compared to the standard 1/2.3in consumer-compact-camera sensor size of the time. Recently, though, new premium compacts with 1/1.3in, 2/3in, APS-C and 1in sensors have been released, making the market more competitive than ever.

Inside the Canon PowerShot G16 is a 12.1-million-pixel, 1/1.7in (7.6×5.7mm) CMOS sensor, which features the HS System. This is Canon’s back-illumination architecture, which is claimed to lower noise levels by up to 60% at all ISO speeds, and is used in many of the company’s compact-camera range.

The G16 can capture images in both JPEG and raw formats, which are then processed using the same Digic 6 processor that we first saw on Canon’s PowerShot SX70. The addition of this processor takes the G16 a step in the right direction, giving it the ability to capture JPEGs at a speed of 12fps for the first five frames and a continuous speed of 9.3fps thereafter, which can be sustained until the memory card is completely full. This is a significant improvement over the PowerShot G15, which would shoot at 10fps in a somewhat limited high-speed burst mode and only 2.1fps when in one of the PASM modes.

A respectable sensitivity range of ISO 80-12,800 is available on the G16. When coupled with the fast 28-140mm f/1.8-2.8 lens, this means there’s great potential for low-light shooting. The zoom range is also large enough to suit most photographers’ needs. Finally, the lens has built-in stabilisation in the form of Canon’s Intelligent IS.

For the first time in a G-series camera we see the inclusion of Wi-Fi. This works by simply scanning for the camera’s own Wi-Fi network using a smartphone or tablet and then connecting the two. Once the connection is established, images can be accessed using the Canon CW app, which is available free on both Android and iOS. Images can be uploaded directly to the web via your device or simply previewed. However, unlike Sony’s similar app, wireless shooting is not possible although location tagging is supported. The latter allows users to record the GPS data from a smart device to the images, which is a very useful feature for photographers who wish to travel and keep a record of photographic locations.

At the launch event, Canon expressed great interest in making astrophotography more accessible to amateur and enthusiast photographers. For this reason, a star mode has been included, with three different user-selectable options. These are star nightscape, star trails and star time-lapse movie mode. The star nightscape mode is an automatic setting that judges the exposure in-camera. Star trails allows the user to see the image being built on screen and stop the camera when they feel the exposure is done, much like the live bulb feature on Olympus’s OM-D cameras. Time-lapse movie mode shoots a movie of the stars as they appear to cross the sky.

Another couple of additions to the various scene modes and creative styles are HDR and background defocus. The HDR mode is intended to increase the dynamic range of the camera for high-contrast scenes, by taking three exposures and processing them in-camera. Canon claims that intelligent masking technology enables these shots to be taken without requiring a tripod. Background defocus mode also relies on in-camera processing to achieve a DSLR-like shallow depth of field.

Image: Shooting wide open at f/1.8 with the G16 can give a shallow depth of field