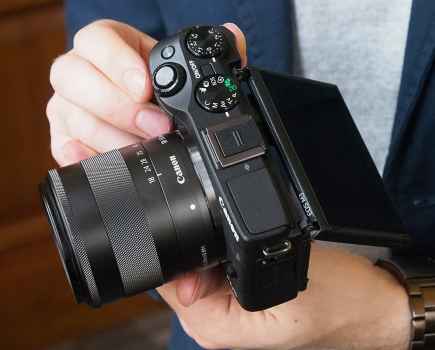 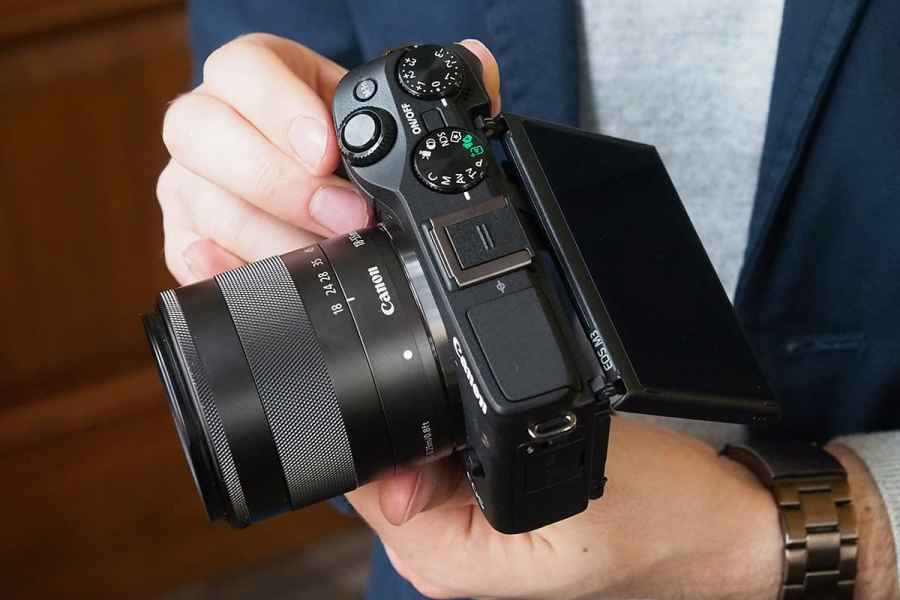 Canon’s forays into the compact system camera marketplace have, to date, not been especially happy ones. When the EOS M first appeared in July 2012 it was aimed squarely at entry-level photographers looking for a simple-to-operate camera, but with an RRP of £769 with an 18-55mm zoom, it carried a price tag more in line with enthusiast models. Sluggish autofocus meant that it was never very popular, even after a performance-enhancing firmware update, and it can now be bought brand new for a somewhat ignominious £199 with lens. When Canon announced the updated EOS M2 in December 2013, it didn’t even attempt to sell the camera in Europe or America. 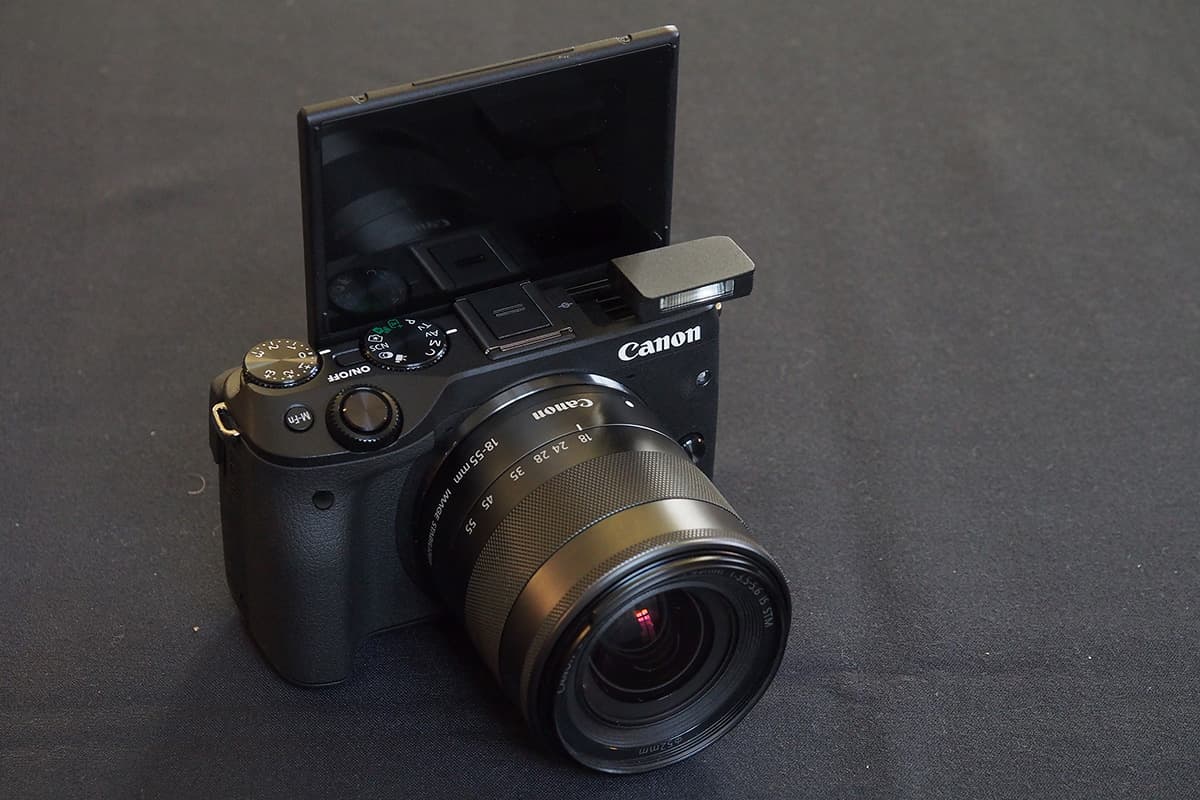 The EOS M3 has a pop-up glass, and the screen can face forwards

The EOS M3, however, is an entirely different kettle of fish. It has a totally redesigned, much more enthusiast-oriented body, with twin control dials, a tilting touchscreen, and a built-in flash. It’s based around a completely new 24-million-pixel APS-C CMOS sensor (the same as in the EOS 750D and 760D), that incorporates an updated Hybrid AF III focusing system with on-chip phase detection elements for autofocus.

Canon claims that the AF is now fully six times faster than the EOS M, and this at a stroke makes the M3 a much more interesting camera to enthusiast photographers. One thing the camera does lack, though, is a built-in viewfinder; however an accessory electronic finder (the same EVF-DC1 as used by the PowerShot G1 X Mark II premium compact) can be attached to the hotshoe. 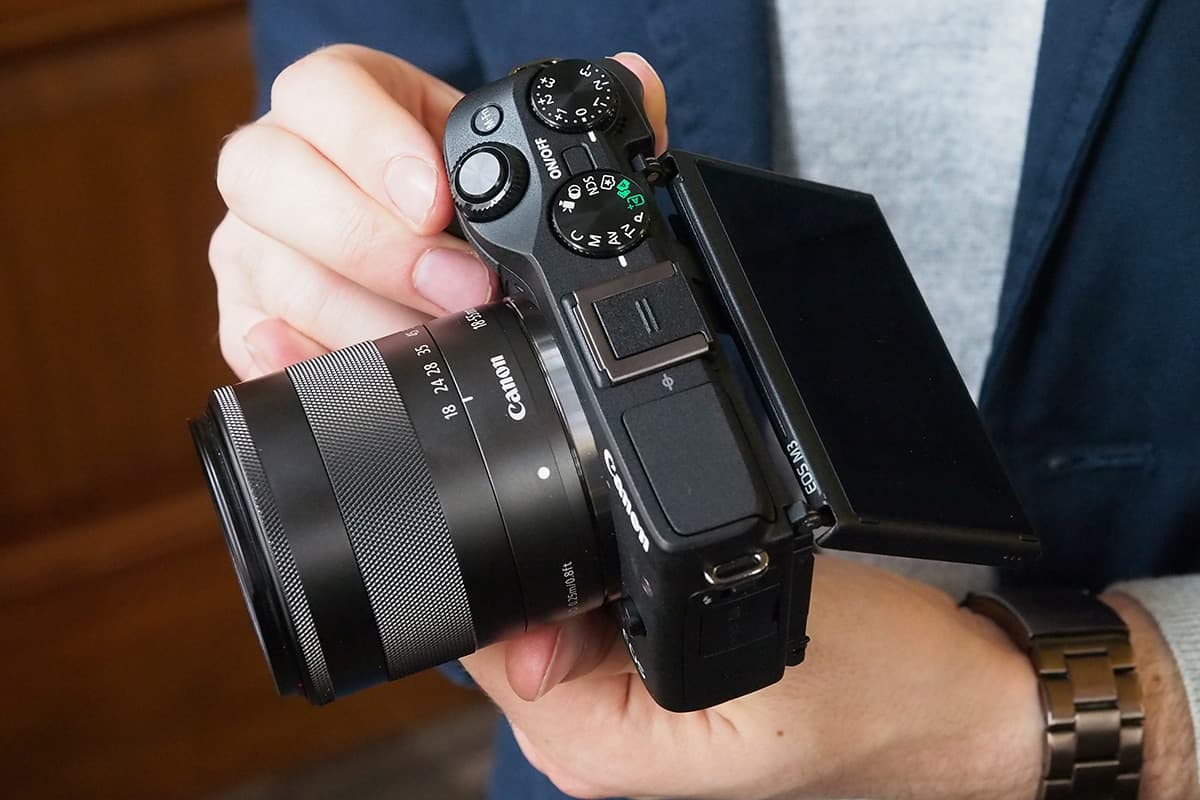 The EOS M3 has multiple control dials, making it a more interesting proposition for enthusiasts than the EOS M

Perhaps stung by the failure of the EOS M, Canon seems to have paid a lot of attention to the M3, and the result is a really nice little camera that feels great in your hand. It has a handgrip reminiscent of that on the EOS 100D miniature SLR, which is more substantial and effective than those found on most CSCs. An all-metal body shell adds a premium feel.

The key specifications are pretty solid too. The EOS M3’s new 24-million-pixel sensor and Digic 6 processor combine to offer a sensitivity range of ISO 100-12800 as standard, and ISO 25600 extended. Continuous shooting rate is available at 4.2fps – not super-fast by CSC standards – and Full HD movie recording at up to 30fps, with full manual control over exposure settings.

Shutter speeds cover a pretty-standard 1/4000 sec to 30 sec range, and an electronic first curtain should eliminate any possible blurring from ‘shutter shock’. Flash sync is 1/200sec, and the camera has a small pop-up flash unit, as well as a hot-shoe that’s compatible with Canon EX series Speedlites.

In terms of controls, the M3 couldn’t be more different to the touchscreen-driven EOS M. It still has a full complement of touchscreen controls, but now they’re joined by a decent set of dials and buttons. There’s a proper exposure mode dial, a lovely metal control dial encircling the shutter button, and a dedicated exposure compensation dial on the camera’s shoulder similar to that on the PowerShot G7 X compact.

Key functions such as ISO and flash mode get their own buttons on the combined rear dial/d-pad, and a user-customisable M-Fn button sits beside the shutter button on the top plate. The dedicated movie record button is placed on the shoulder for operation by your right thumb. 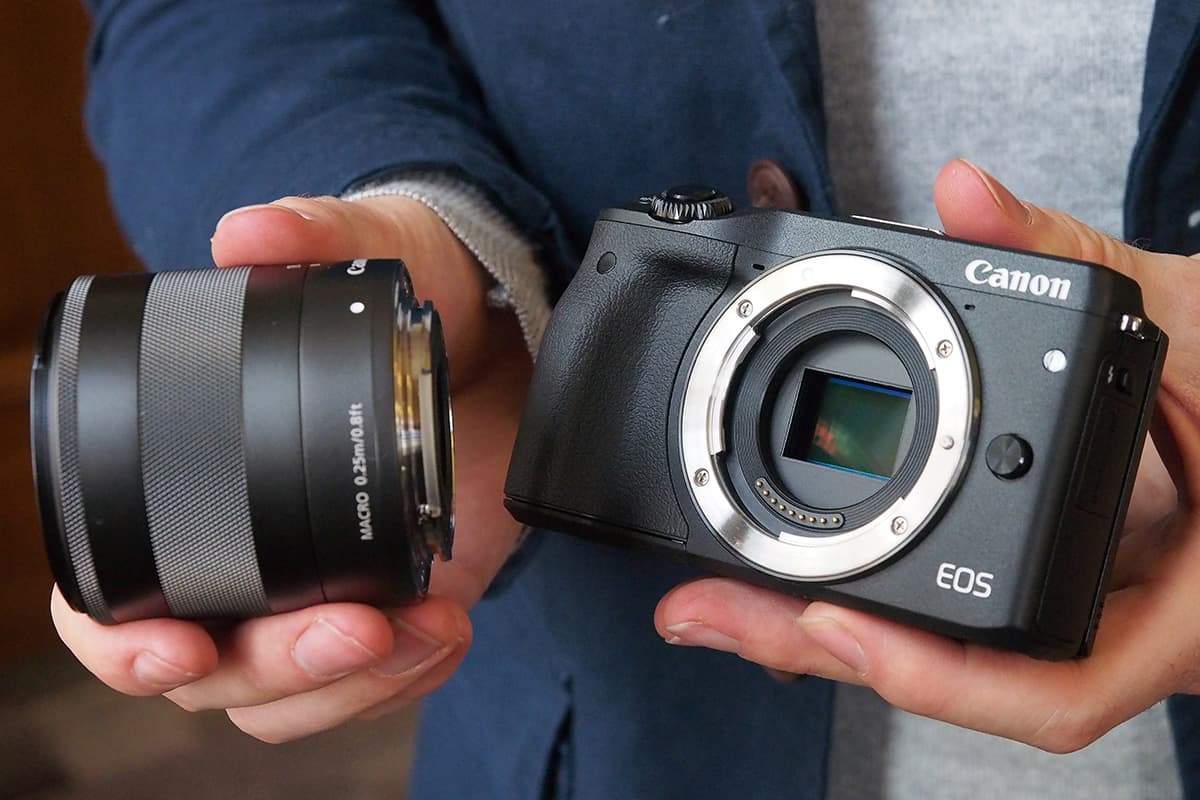 There’s actually a lot to like about the EOS M3. It’s a vastly more convincing camera than the EOS M ever was, and it handles surprisingly well for a small camera. The control layout looks like it should work really well, and Canon’s touchscreen interface is one of the best in the business. The main unknown quantity right now is the image quality from Canon’s new 24-million-pixel sensor; it’ll be interesting to see how it performs with regard to dynamic range at low ISOs, and noise at high sensitivities.

From handling a pre-production model, it’s obvious that the autofocus is much-improved over the EOS M, but I’m still not convinced it’s as fast as its current peers. How much this will matter depends on what subjects you like to shoot, of course; for example landscapes are rarely all that fast-moving. We’ll need to assess a production version of the camera to decide whether this is something to worry about in real-world use.

One concern for system-builders has to be the lack of native lenses in EF-M mount. Canon currently has just four covering the basics: the 18-55mm f/3.5-5.6 kit zoom, 22mm f/2 pancake, 55-200mm f/4.5-6.3 telezoom, and 11-22mm f/4-5.6 wideangle zoom. Most other CSC systems offer a lot more options, including such things as fast primes and premium f2.8 zooms. So if you’re an enthusiast photographer considering buying a small portable system, you can get a much wider choice of optics elsewhere.

Of course the really big thing in the EOS M3’s favour is the name-badge; Canon has a huge brand share and a loyal following among enthusiasts. The fact that the M3 can use also EF lenses via an adaptor is a real draw for existing EOS users, too. Overall, it’s good to see Canon finally getting serious about mirrorless cameras. Look out for our upcoming full review to find out whether the camera hits the mark for its intended enthusiast audience.