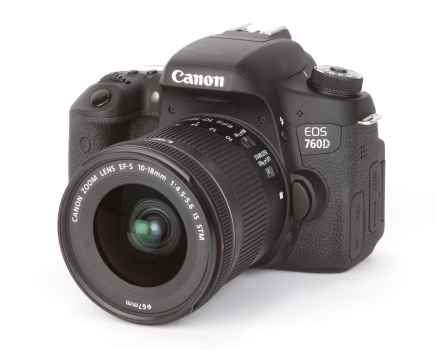 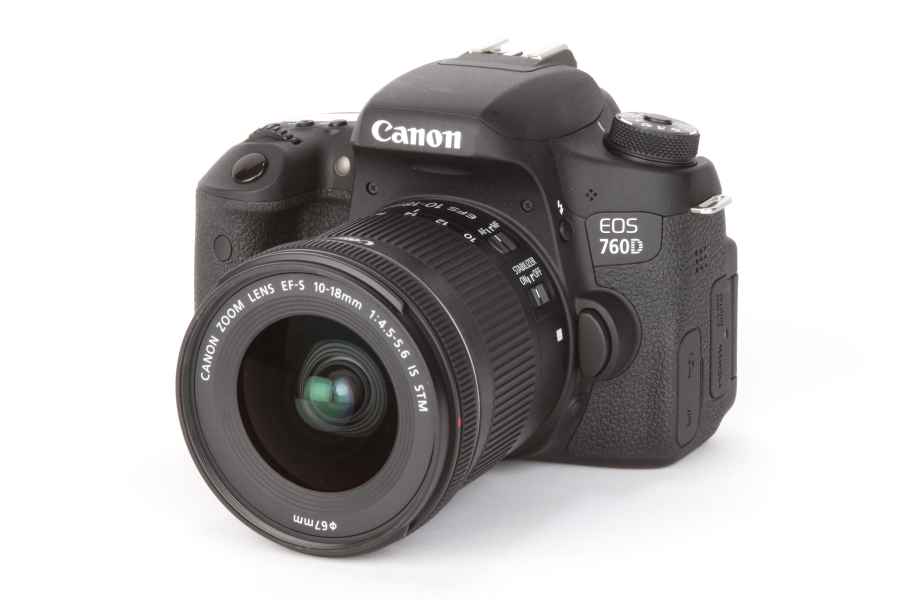 When Canon unveiled the EOS 750D and EOS 760D earlier in the year there were many, myself included, who struggled to get their head around why a manufacturer would go to the effort of creating two models so similar with a near-identical specifications. For those who remain unsure of the differences, the EOS 750D is targeted at people new to the EOS system, such as those stepping up from a more basic compact or a smartphone who want greater flexibility and more manual control, whereas the EOS 760D is aimed at aspiring enthusiasts who are much surer of what they want.

The thought process behind creating two similar models with the virtually identical specifications but different designs ultimately gives the consumer better choice and underlines Canon’s ethos of making sure there’s a DSLR in the EOS system that’s suitable for everyone. Given that the EOS 700D is also continuing in Canon’s range, there are no fewer than four DSLRs that sit beneath the EOS 760D, so the range of cameras for those taking their first steps into DSLR photography has never been better. Having already reviewed the EOS 750D, it’s time to find out how the 760D compares and whether it’s Canon’s best three-digit DSLR to date. 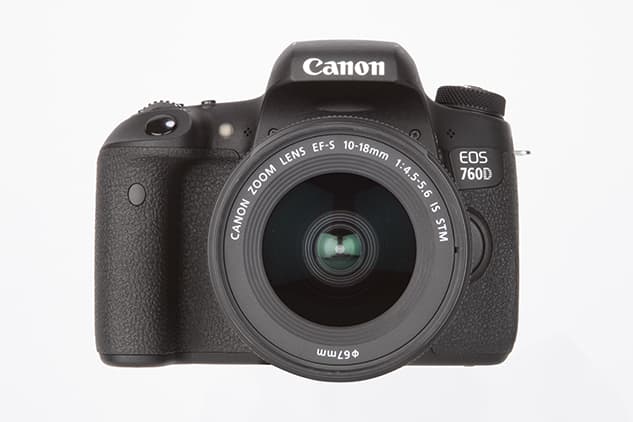 Just like the 750D, the 760D features a 24.2-million-pixel APS-C CMOS sensor that has a higher pixel count than the 18-million-pixel sensor that’s found within the two-year-old EOS 700D. Despite the jump up in resolution, the new sensor provides the same standard sensitivity range of ISO 100-12,800, with an extended ISO 25,600 setting also available.

To ensure the 760D is capable of processing its higher resolution files as fast as possible, Canon has paired the new chip with its latest DIGIC 6 image processor, allowing it to shoot a continuous burst at up to 5fps. Despite this being no faster than the speed the EOS 700D shoots at, the burst depth has seen a significant improvement and where it was previously possible to rattle off 22 JPEGs or six raw files at 5fps on the 700D, it’s now possible to shoot 940 JPEGs or up to eight raw files consecutively on the 760D. To offer a comparison, the 760D’s closest rival – the Nikon D5500 – also shoots at 5fps.

For some time now we’ve got used to Canon rolling out beginner DSLRs with a nine-point diamond formation AF system, so it’s refreshing to see the EOS 760D offering a more sophisticated 19-point all-cross-type autofocus system. This is the same AF system as found on the EOS 750D and the arrangement of AF points, combined with a working range of -0.5EV to 18EV is identical to Canon’s more advanced EOS 70D.

When shooting in live view, the EOS 760D features the same Hybrid CMOS AF III system as the EOS M3, rather than Canon’s Dual Pixel CMOS AF technology that’s used in the EOS 70D. It’s a system that Canon claims is close to the speed of Dual Pixel AF and it uses sensor-based phase detection points to enhance focus speed in live view when shooting stills and recording video. 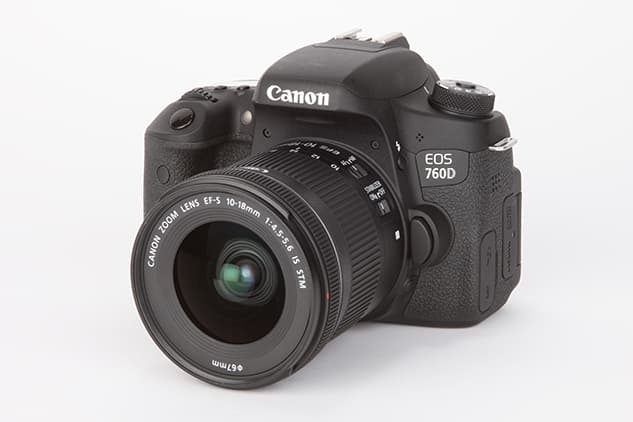 At the rear of the 760D, the optical viewfinder reveals 95% coverage of the frame with a magnification of 0.82x. Unlike the 750D, a small electronic level icon can be switched on within the menu to ensure horizons aren’t captured askew. Beneath the viewfinder, Canon has opted to keep the same 3-inch touch sensitive Clear View II TFT screen that impressed us on the 700D and is also featured on the 750D. This offers a resolution of 1040k-dots and displays in the 3:2 aspect to match the aspect ratio of the imaging sensor. The 760D also improves upon the 700D in other areas, notably its 7560-pixel metering sensor that’s more sensitive to red, green, blue and infrared light. To further improve exposure accuracy, the metering is linked to the selected AF points in evaluative mode, with partial (6% of viewfinder), spot (3.5% of viewfinder) and centreweighted modes all available. 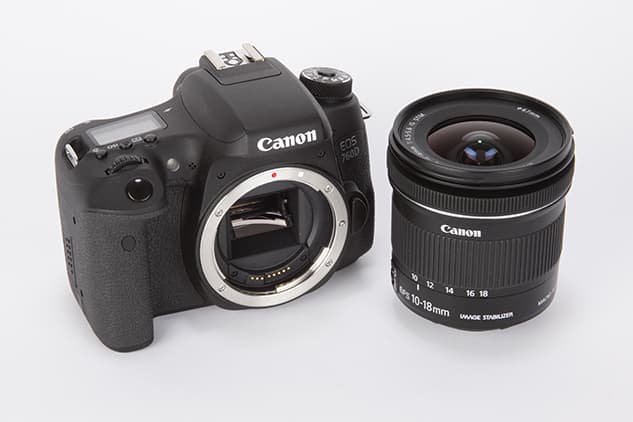 Other features include a shutter range of 30-1/4000sec, +/-5EV exposure compensation control, and a small pop up flash that has a guide number of 12m @ ISO 100. It accepts the LP-E17 battery, which provides a battery life of up to 440 shots on a single charge and there’s a battery grip available (the GB-E18), which is also compatible with the 750D.

To satisfy those who’d like to control the camera wirelessly, as well as those who want to share images to mobile devices, the 760D comes Wi-Fi and NFC equipped. The camera’s wireless connectivity ties in well with Canon’s Camera Connect app that’s free to download via the App Store for iOS devices or Google Play for Android. As we discovered while testing the 750D, it’s one of the better apps out there and lets you transfer images quickly, offers AF point adjustment directly from a separate device’s screen, as well as control of key exposure settings.