Cons: - Quite large
- Fairly pricey
- Screw only slides in one direction 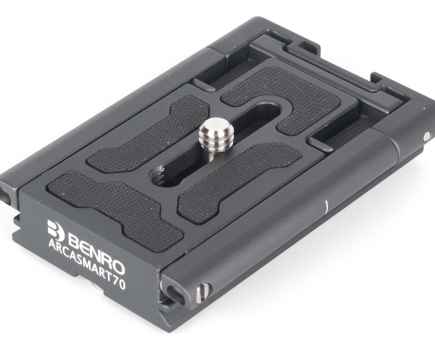 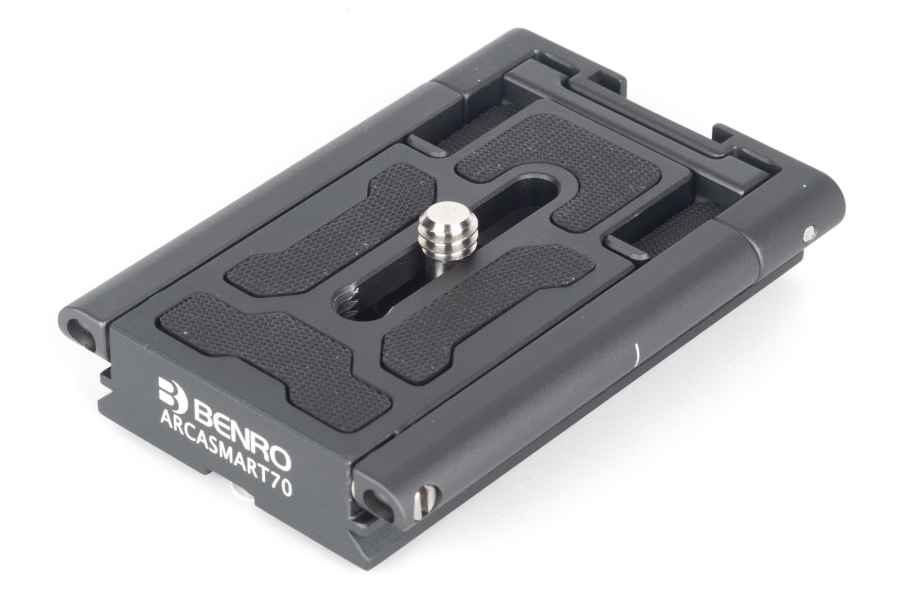 Cons: - Quite large
- Fairly pricey
- Screw only slides in one direction

Benro ArcaSmart 70 at a glance:

Do you ever find yourself wishing you could fit your phone onto your tripod? If not, this intriguing device from Benro isn’t for you. But if you ever make use of smartphone features that aren’t readily replicated by conventional cameras, such as panorama or night modes, or you would like to be able to film video clips from a stable support, this might just be the answer. 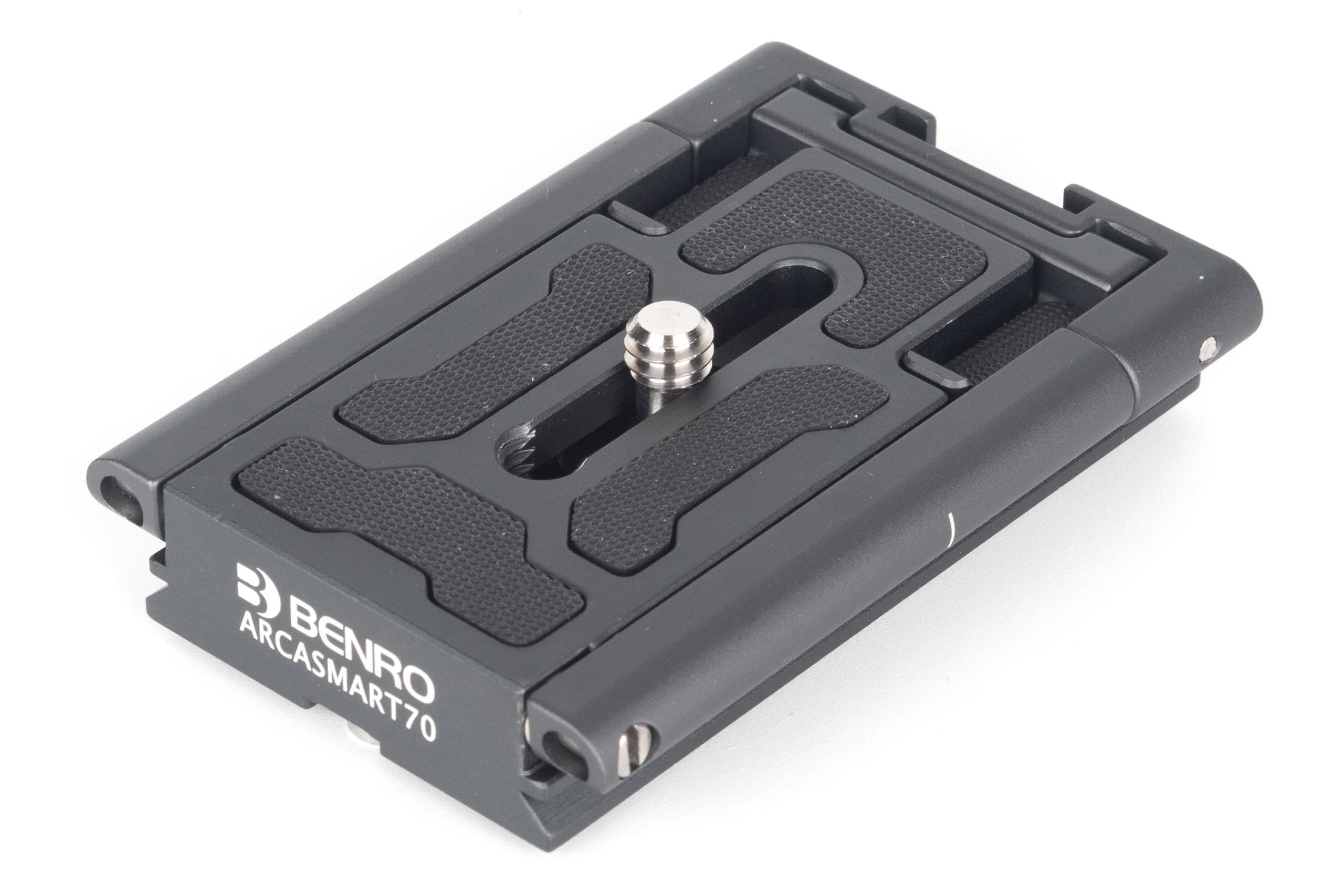 The screw only slides in one direction, meaning it won’t necessarily be a perfect fit for cameras whose tripod sockets are positioned towards the front of the body.

In essence, Benro has designed the ArcaSmart 70 as a dual-purpose holder to work with Arca Swiss compatible tripod heads. Used in its folded-down flat mode, it’s a relatively conventional camera plate measuring 4.8x7cm, although at 13mm deep, it adds quite a lot of bulk. The camera screw slides along a 3cm groove, giving some leeway to attach it without blocking your battery compartment door. Textured rubber grips provide a decent degree of resistance against twisting, while removeable safety screws at each end should prevent your camera from sliding expensively off your tripod. 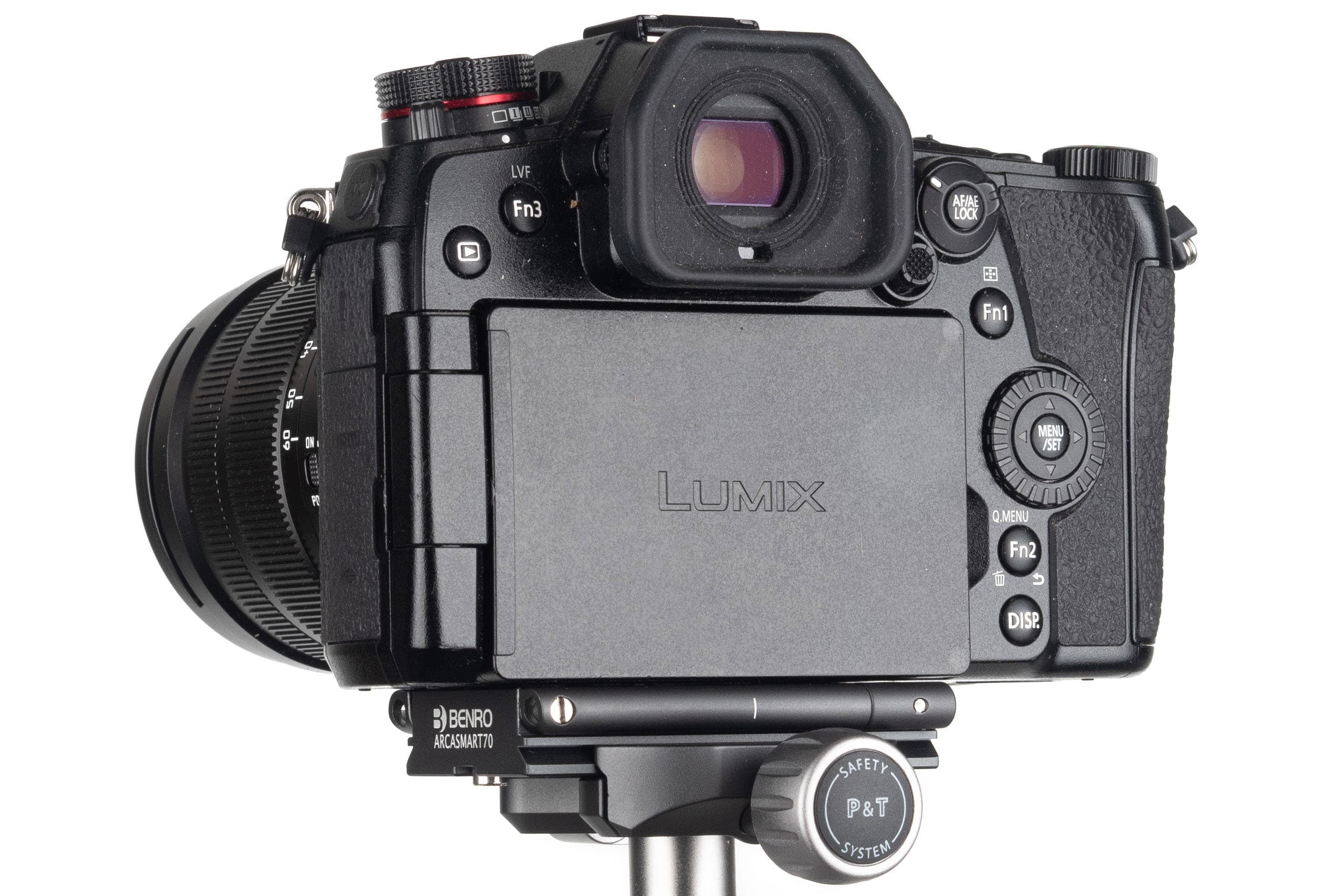 When you wish to use it for your phone instead, simply pull up the hinged rectangular frame. This reveals an extremely sturdy clamp that can accept devices up to 8.5cm in width, which means pretty much any current smartphone. For example, I found it had no trouble accepting the Samsung Galaxy Note20 Ultra in a chunky protective case – one of the largest devices you can currently buy. Attach the protective rubber cover to the camera screw, and you can use it to hold the lower edge of your phone in place more positively. There’s even a cold shoe on top for microphones or lights, and while it’s rather slim, you should still be able to clamp them firmly in place. 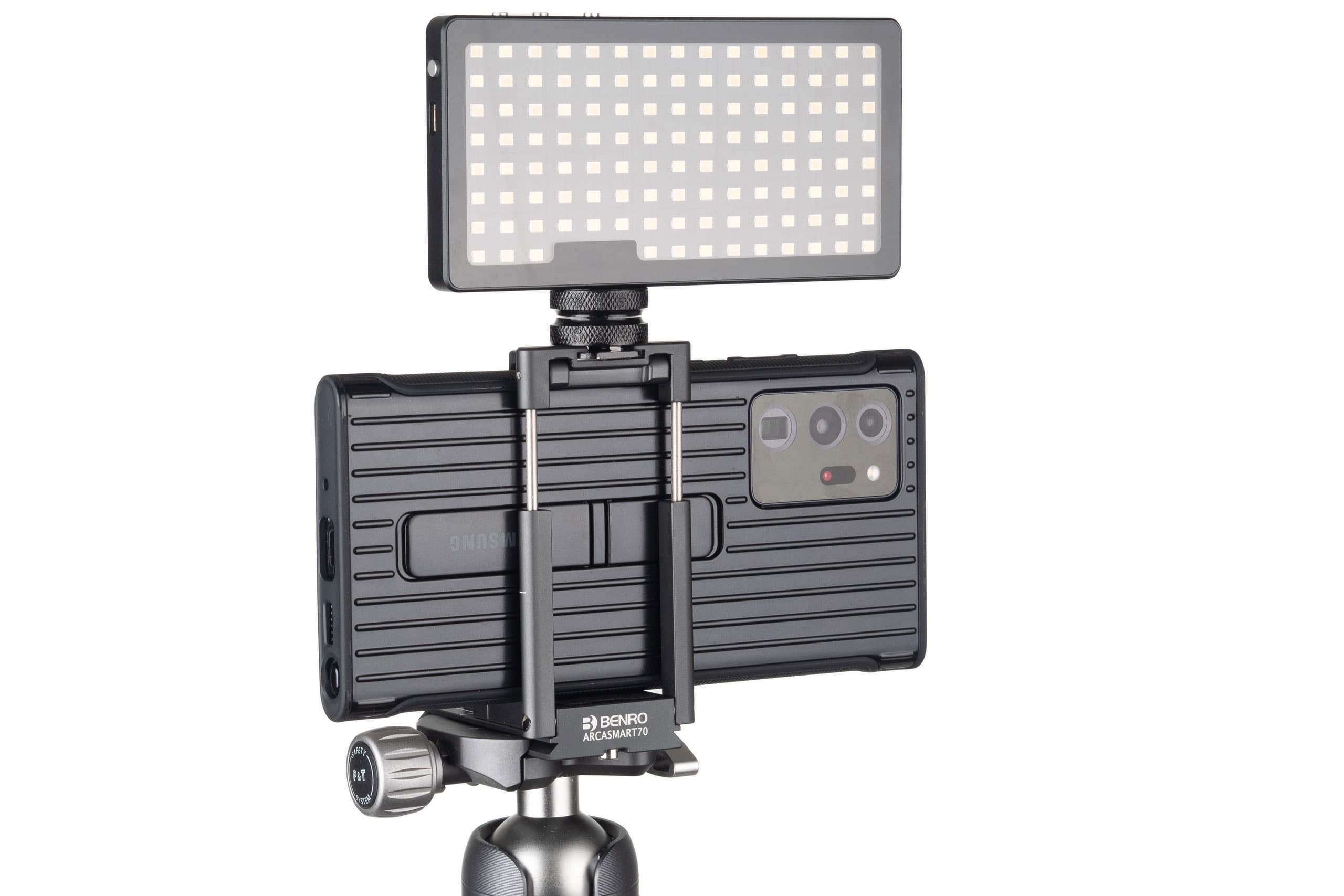 Build quality is exemplary, thanks to machined aluminium-alloy construction. Unlike cheaper holders, this one provides full confidence that it’ll hold your precious smartphone tightly in place. Likewise, I’d happily entrust it with a high-end camera. The biggest caveat is that, because the screw only slides in one direction, it won’t necessarily be a perfect fit for cameras whose tripod sockets are positioned towards the front of the body, which is quite common with mirrorless models that include in-body stabilisation. 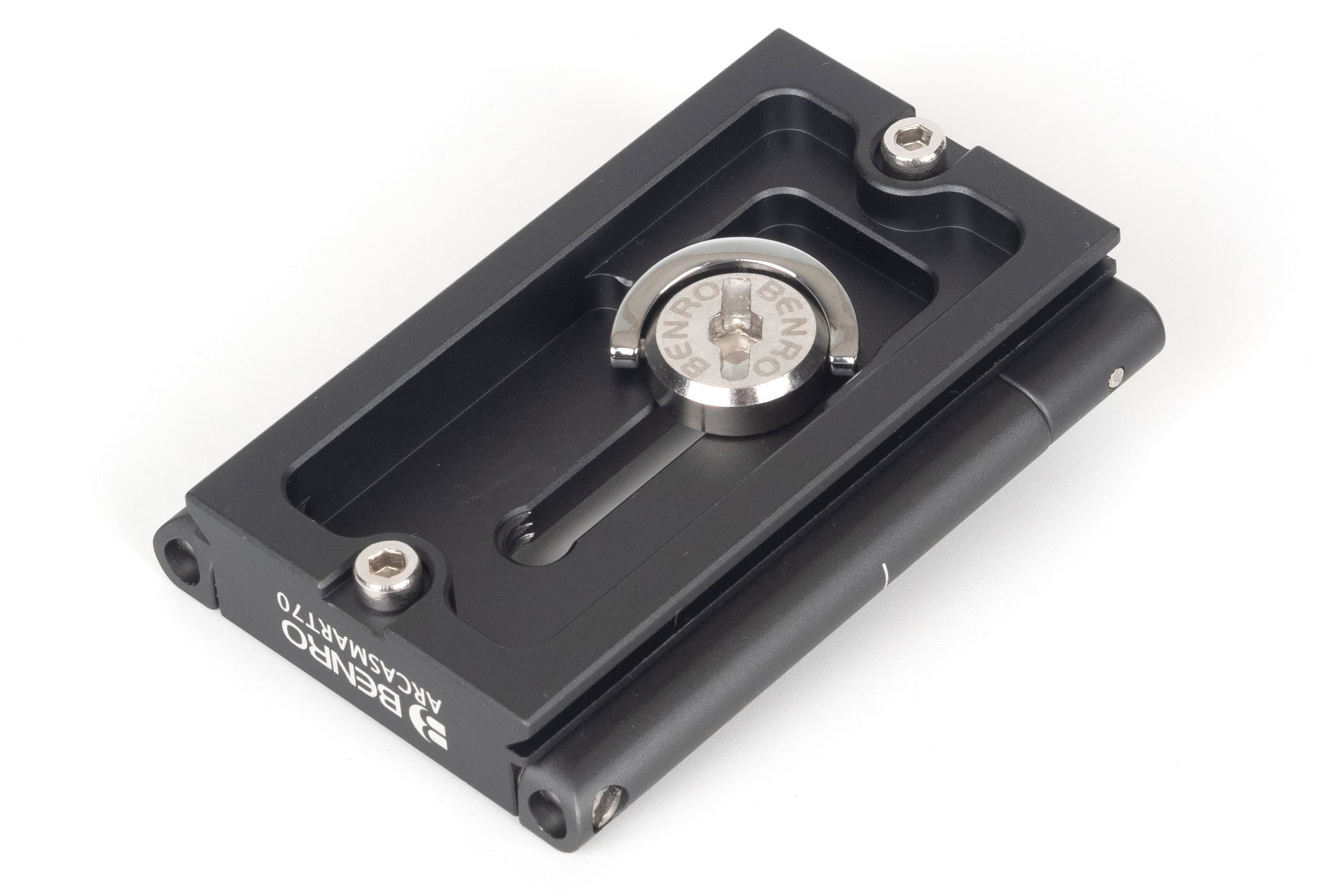 The underside of the plate showing the camera screw that can be fastened three different ways.

If you’d just like a simple clamp for occasionally fitting your phone onto a tripod, take a look at the Joby GripTight ONE (£20). It’ll hold most devices, and its neat folding design makes it very easy to carry. It’s also available in a bundle with a mini tripod stand.

The Benro ArcaSmart 70 is a well-designed, robustly made device that does what it’s designed to do very well. 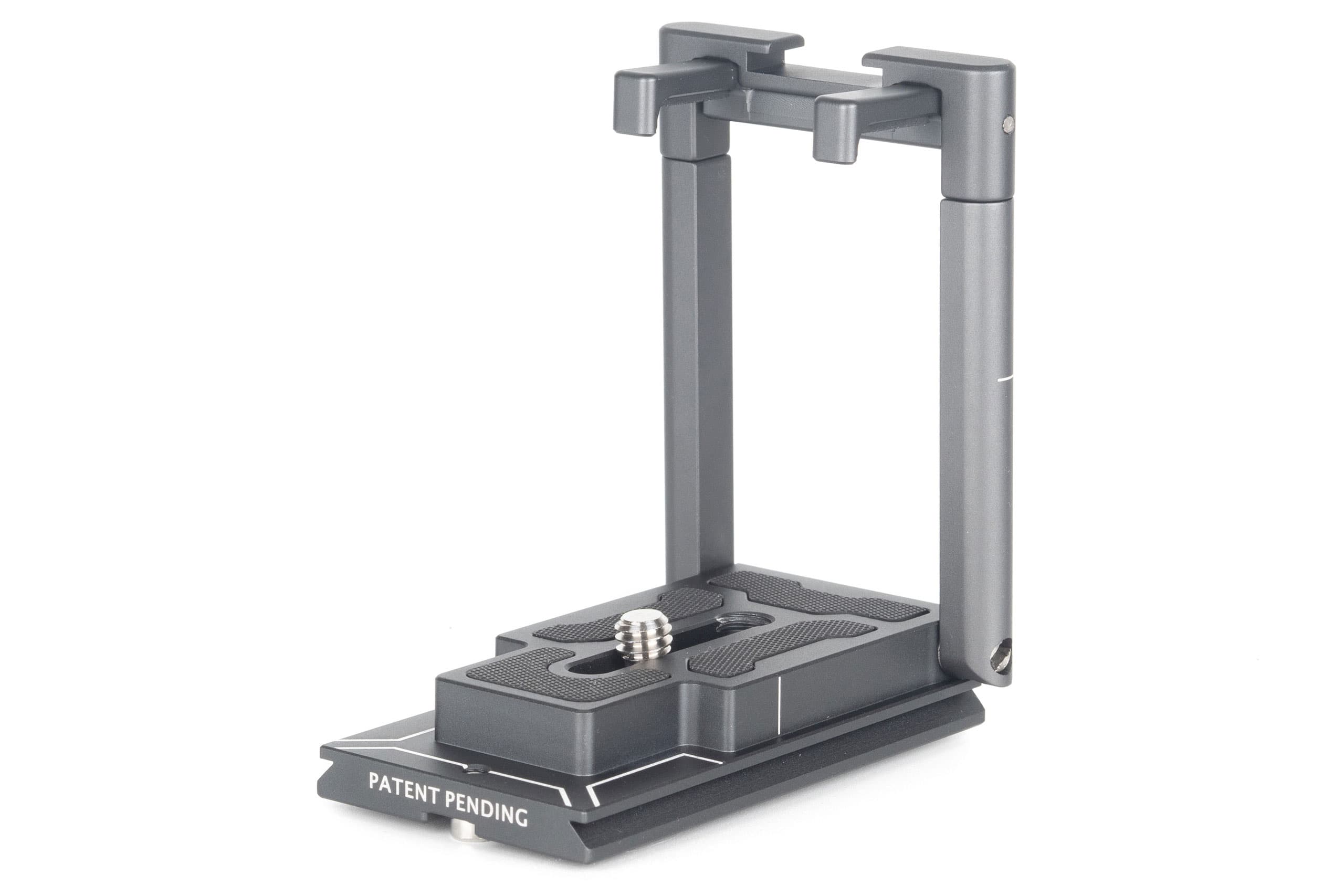 While it’s quite large and pricey, there aren’t many other Arca-compatible smartphone clamps around. The big question is whether you can see a use for it; but if you can, it’ll do the job extremely well. 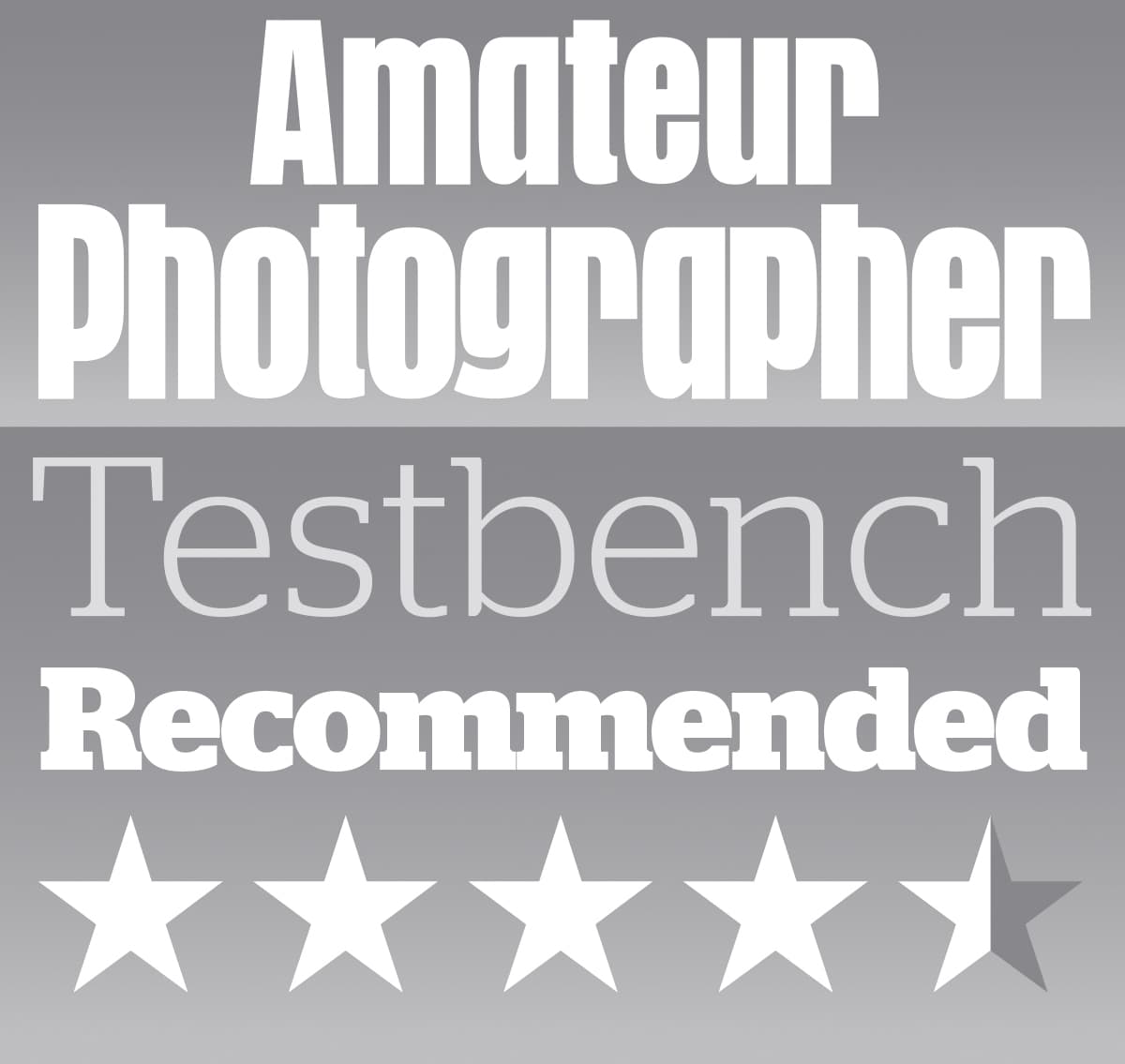