Pros: + Ideal for life-size magnification or more
+ Large range of accessories and kits available
+ Always-on LEDs, what you see is what you get 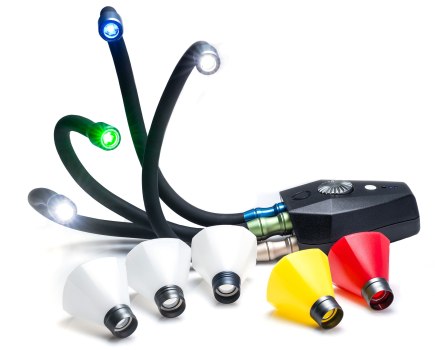 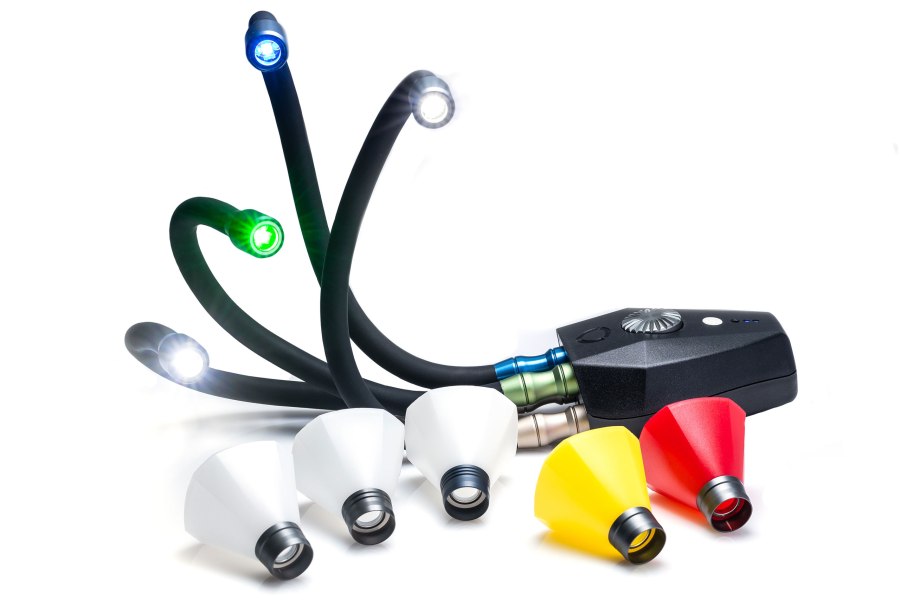 Pros: + Ideal for life-size magnification or more
+ Large range of accessories and kits available
+ Always-on LEDs, what you see is what you get

Adaptalux Studio is a unique modular lighting system for macro photography which is compact and adaptable. The concept was initially created by Samuel Granger for his Product Design Final dissertation project at university. He then continued the project from his parents’ garage, and ran a successful Kickstarter campaign to launch the company. 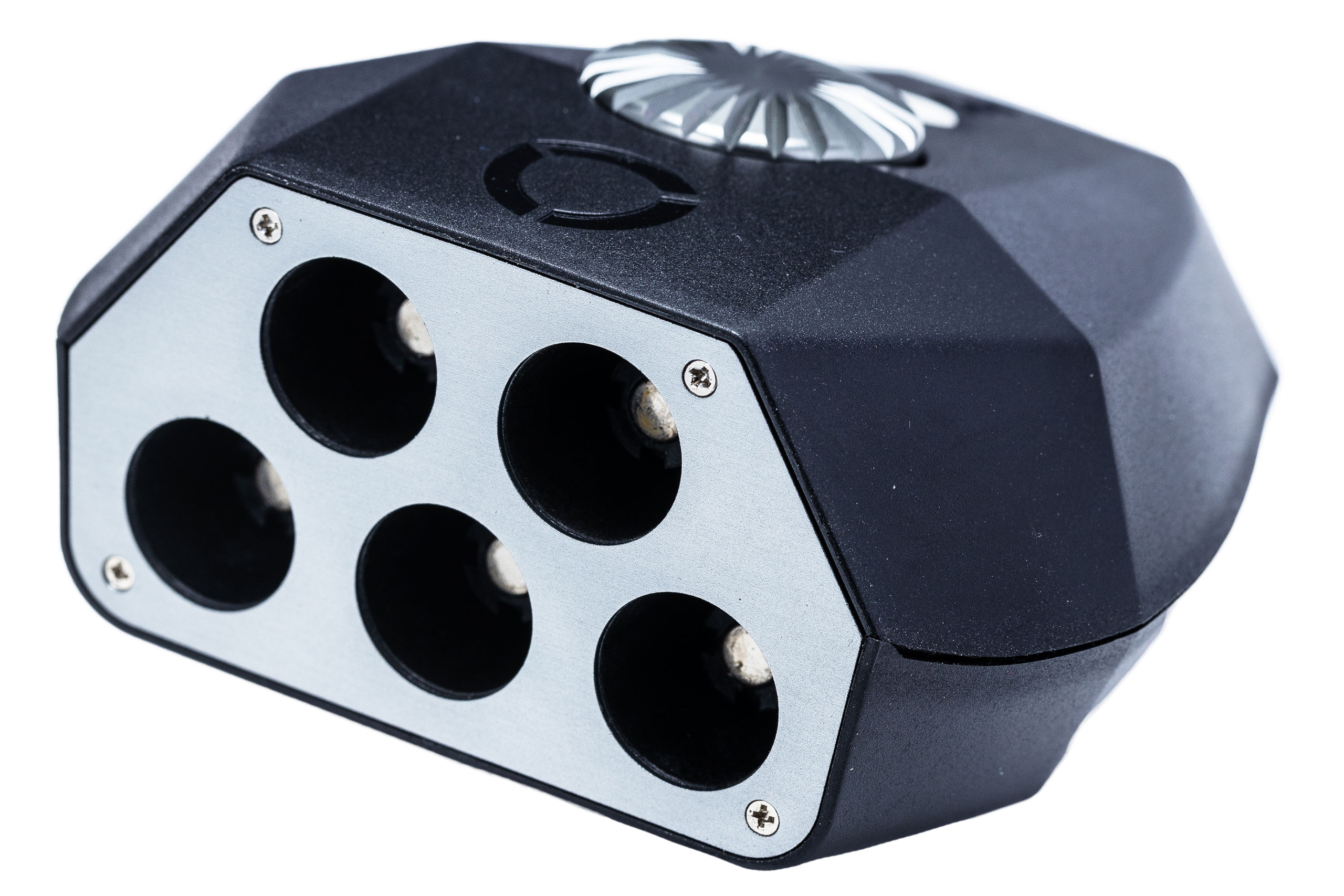 The Adaptalux lighting system is based around this Control Pod. Up to five lighting arms can be plugged into it. Image credit: Ian Pack

I was attracted to Adaptalux because conventional ring flashes, LEDs or lens-mounted light sources don’t always place the light where it’s really needed for close-up shooting. In contrast, Adaptalux uses LEDs which are small and therefore well-scaled to macro sized subjects.

At the heart of the Adaptalux Studio system is the USB-C rechargeable Control Pod 3.0 which gives up to twelve hours of light from a full charge, which takes approximately 2.5 hours. This run-time is based upon using two Lighting Arms running at 50%. If you need to extend the battery life of the Pod, it’s possible to use a USB-C power source. Outdoors that would mean a power bank, which many of us now carry for most location photography out of necessity.

Up to five LED lighting arms may be connected to the control pod via patented magnetic connectors. The LEDs are located at the end of the flexible arms, within a threaded shade which extends to control the spread of the light. The white LEDs have a colour temperature of 5700K with a CRI of 90 and are available with either 200 or 400 lumen output.

The Adaptalux Studio app is available for iOS and Android devices, giving full wireless control over the lighting setup without disturbing your lighting or subject. The app enables you to pair your smart device with the control pod via a Bluetooth connection. Once connected, you can control the brightness of up to five LED arms.

It’s possible to control the brightness independently for up to five connected Lighting Arms, as well as control the beam angle, lighting direction, diffusion and colour. Lighting Arms are available in five different colours; white, blue, green, red and amber. The brightness of each LED arm is controlled from within the app in 1% increments, using either a slider or ‘plus’ and ‘minus’ buttons. 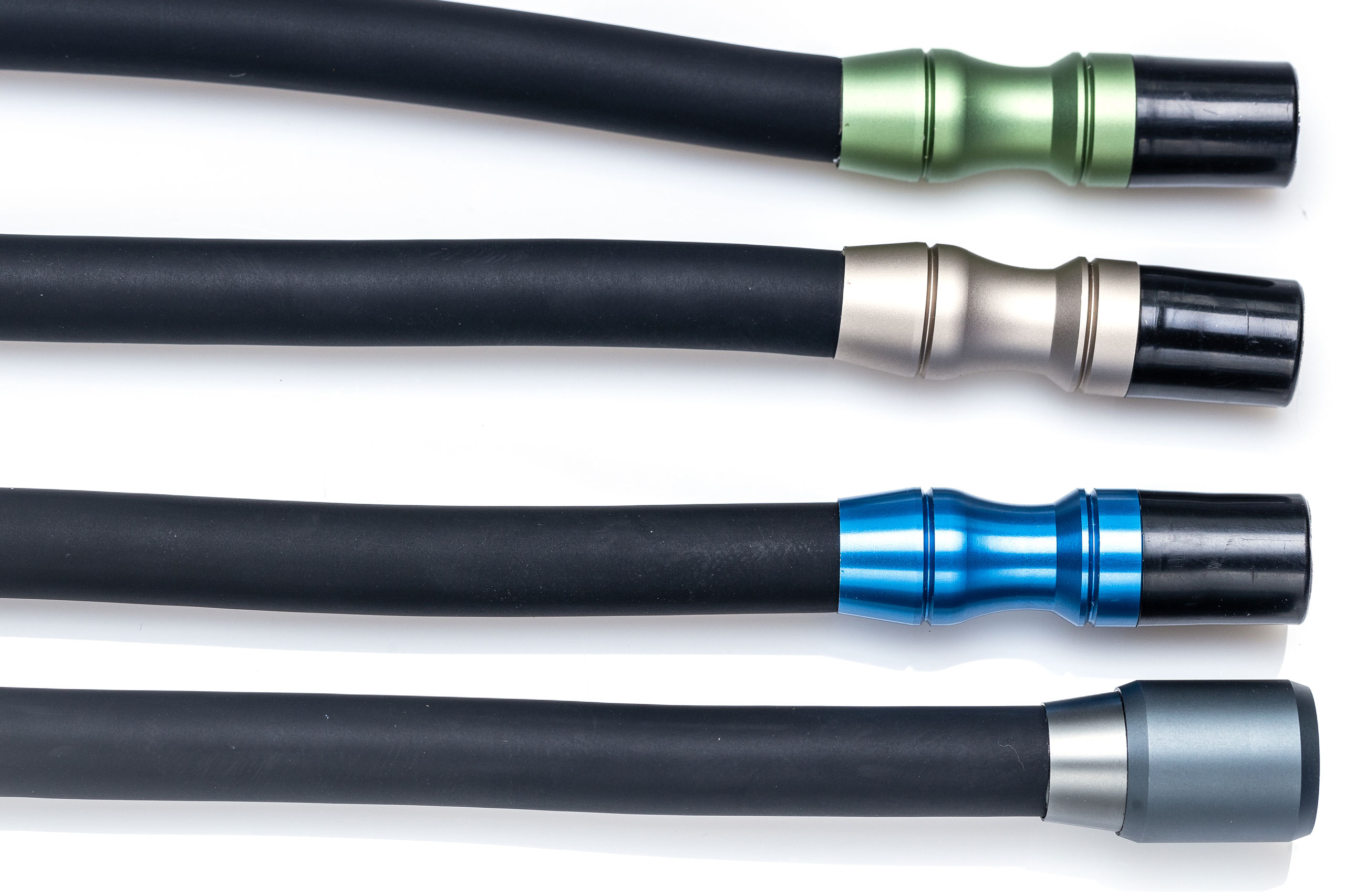 Adaptalux Lighting arms are available in five colours, with the end that plugs into the control pod being colour-coded for easy identification. Image credit: Ian Pack

Beam angle is controlled by screwing in or out the outer LED sleeve, which creates a snoot with a beam angle from approximately 115º to 20º. Lighting direction is controlled by bending the flexible arms into the desired position, although I should mention that tight curves do not always hold position.

Diffusion is controlled with the choice of three white diffusers, with either 30%, 50% or 70% diffusion levels. As the level of diffusion increases, shadows become less dense. When working at macro scale, the diffusers have similar characteristics to soft boxes used with normal studio lighting. 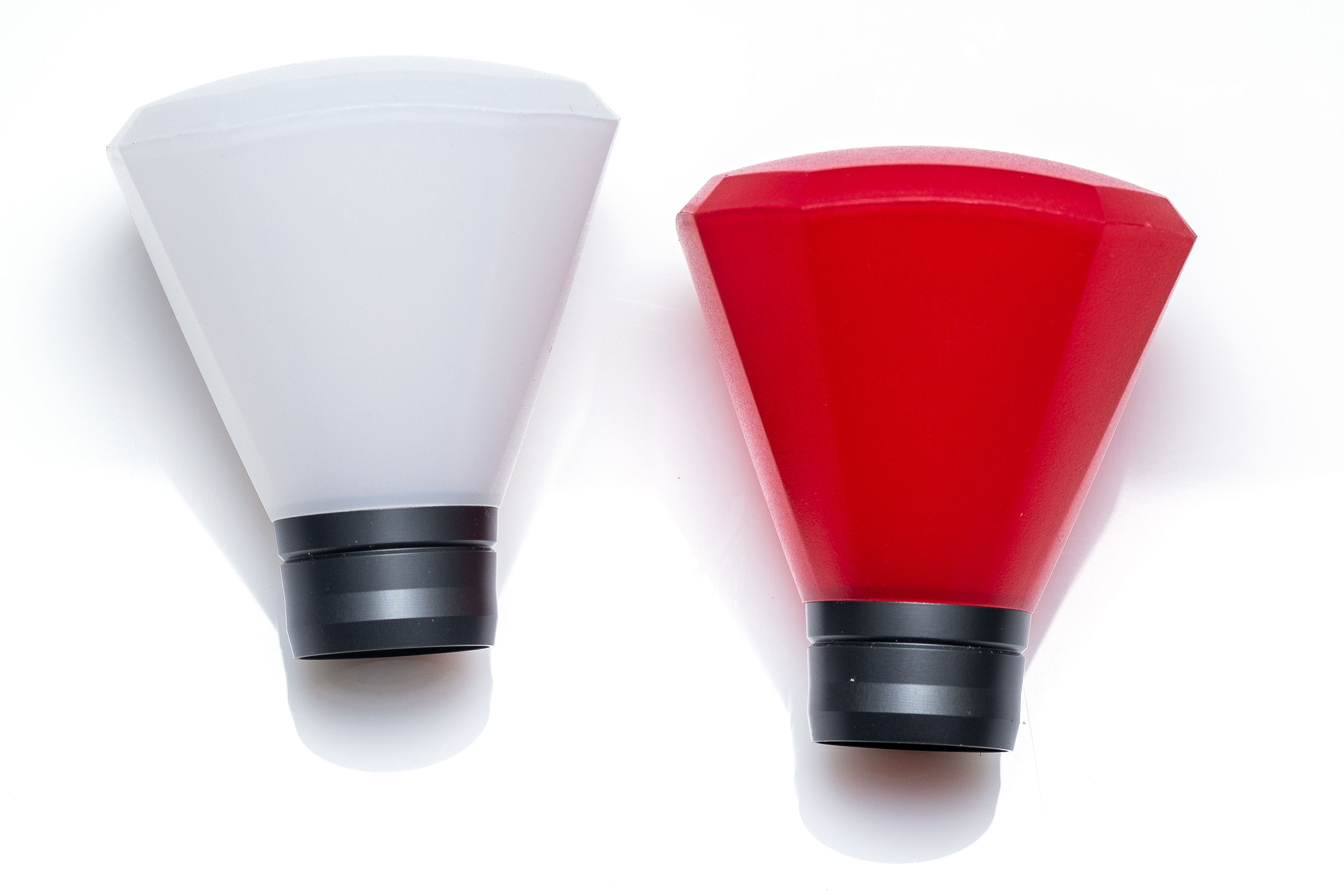 The lighting effect can be modulated using Adaptalux’s diffusers and colour filters, which plug onto the LED heads. Image credit: Ian Pack

Lighting colour is changed either by using one of the coloured Lighting Arms, or by attaching one of the range of eight coloured filters. These are available in green, yellow, orange, red, magenta, purple, blue, and turquoise.

With so many different options available, it might be difficult to know what to buy. To make the choice easier, Adaptalux offers pre-designed kits for different purposes. Alternatively you can design your own setup, using the intuitive step-by-step Pack Builder tool on the firm’s website.

Starter packs include the control pod plus two lighting arms and light modifiers in various different colour combinations, for £273.55. Combo packs include four arms, three diffusers and two colour filters for £371.90. Finally, the Ultimate Pack has eight arms (four white plus one each of the other colours), all three diffusers, and all eight colour filters for £560.20.

For this review I used the Macro Photography LED Combo Pack. This comprises the control pod; two white, one green and one blue LED arms; all three diffusers; and red and yellow filters.

Adaptalux LED Combo Pack: In Use

The Adaptalux pod and Lighting Arms may be mounted either off-camera, using a table top tripod or other lighting support, or on the camera’s hot shoe via the optional pivoting screw-in adaptor. 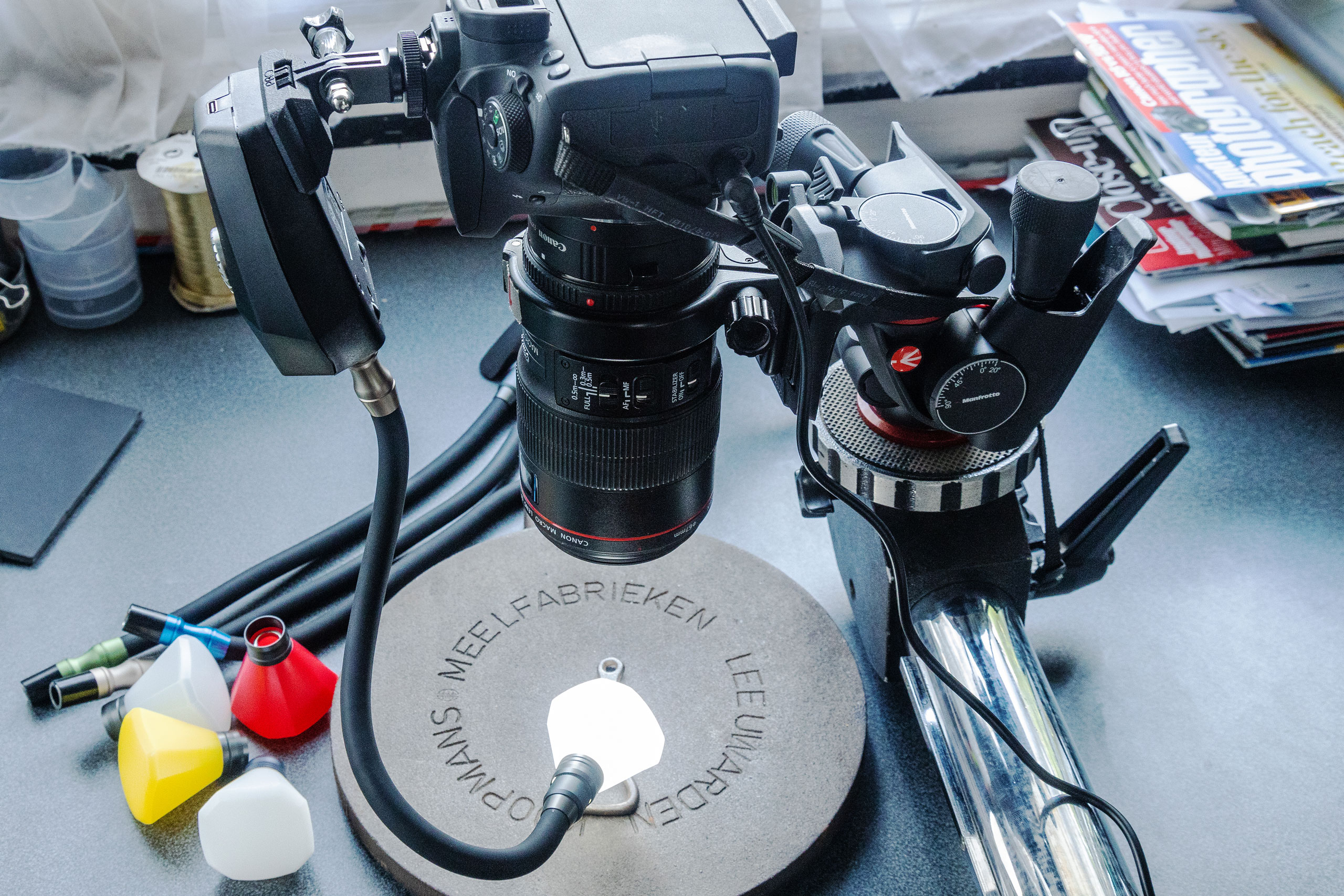 The Adaptalux lighting kit in use, with the control pod mounted on-camera. See below for the resultant image. Picture credit: Ian Pack

The nature of macro photography means camera shake and unintended subject movement could easily degrade the images. Indoors, I use a solid studio stand or tripod, with additional weight for stability and a remote release to reduce the chance of moving the camera during exposure. Even with shorter shutter speeds, any form of vibration will degrade images, especially movement from wooden or suspended floors transmitted through tripod legs. 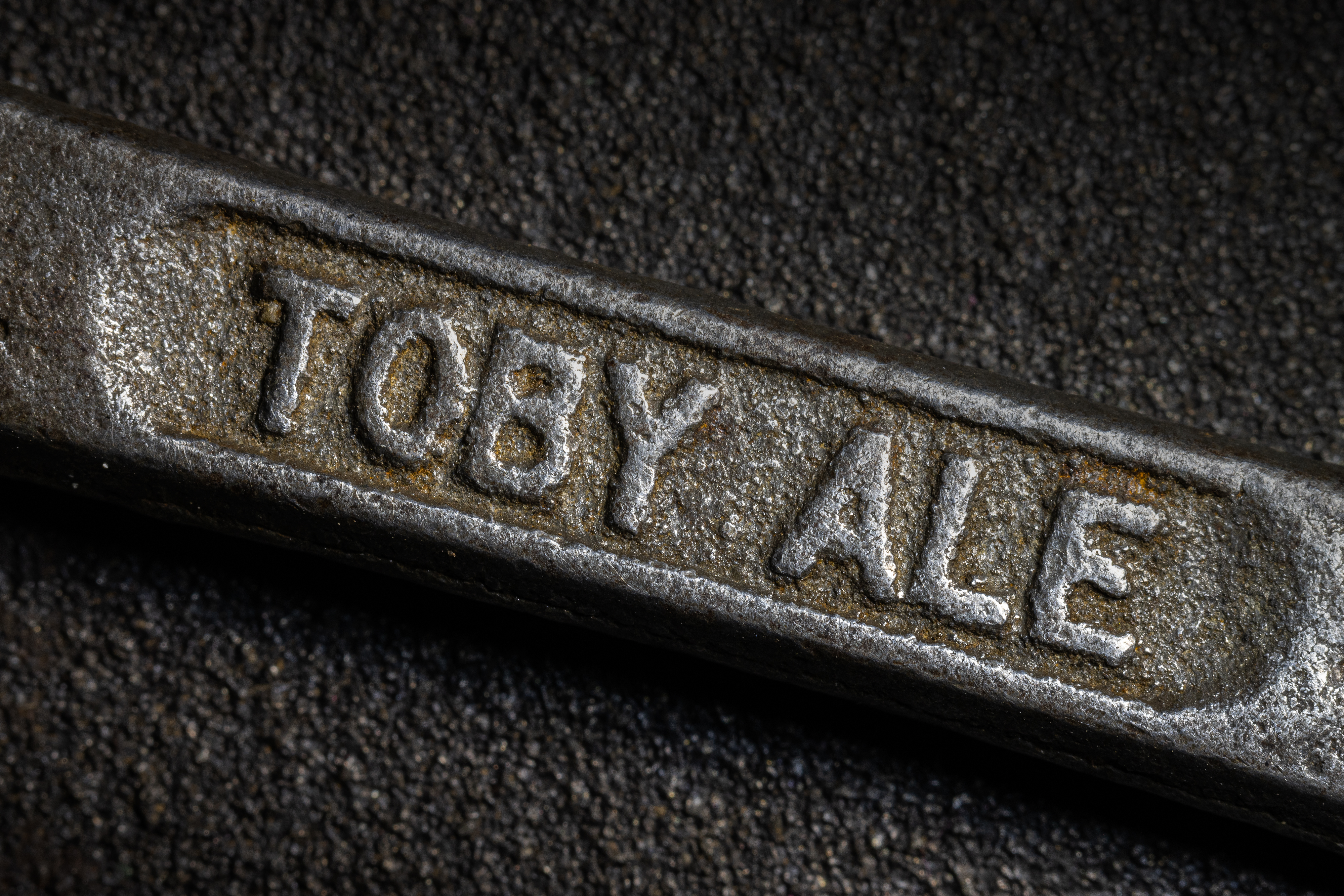 It’s possible to show detail in everyday objects with carefully controlled lighting. With an Adaptalux diffuser, the lighting is scaled to the subject. Image credit: Ian Pack

It is possible to use the Adaptalux system outdoors, especially in conditions where light levels are low, such as woodland amongst the leaf litter. The system is ideally suited to photographing lichens and fungi where precise lighting is necessary to create images of another world. Unlike flash, always-on LED lights take the guesswork out of lighting, by allowing you to see any adjustments exactly as they are made.

Outdoors, the app still works as unlike some devices, Adaptalux is not reliant on an external Wi-Fi connection, only short-range Bluetooth technology. For on-camera use, the arms have been designed to work within the typical minimum focus range of macro lenses, which is in the region of 20 to 30 cm from the imaging sensor. 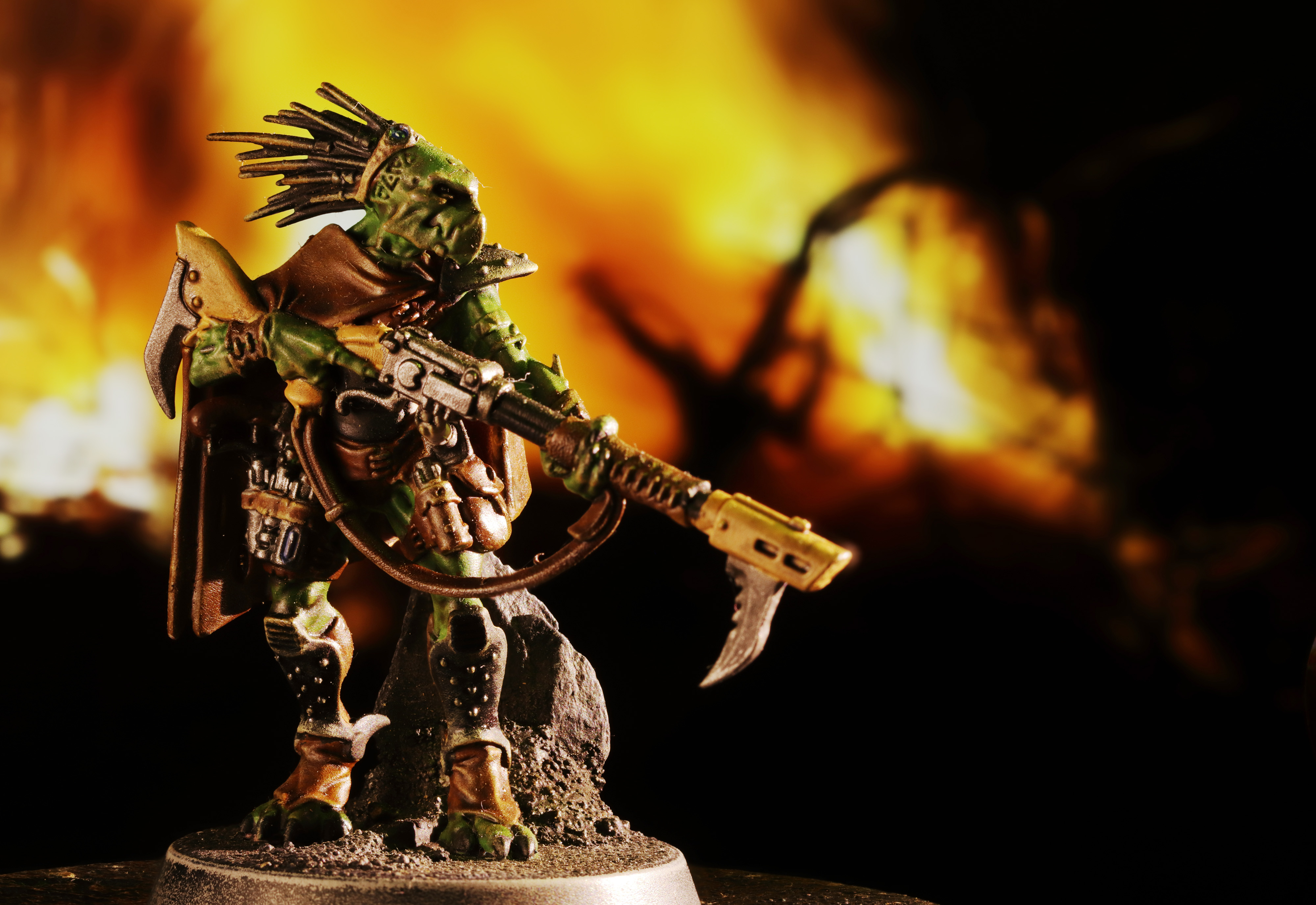 An amazing amount of skill and patience goes into painting miniature fantasy figures. This character is just 40mm (1.5 inches) high. Here’s how the shot was lit: 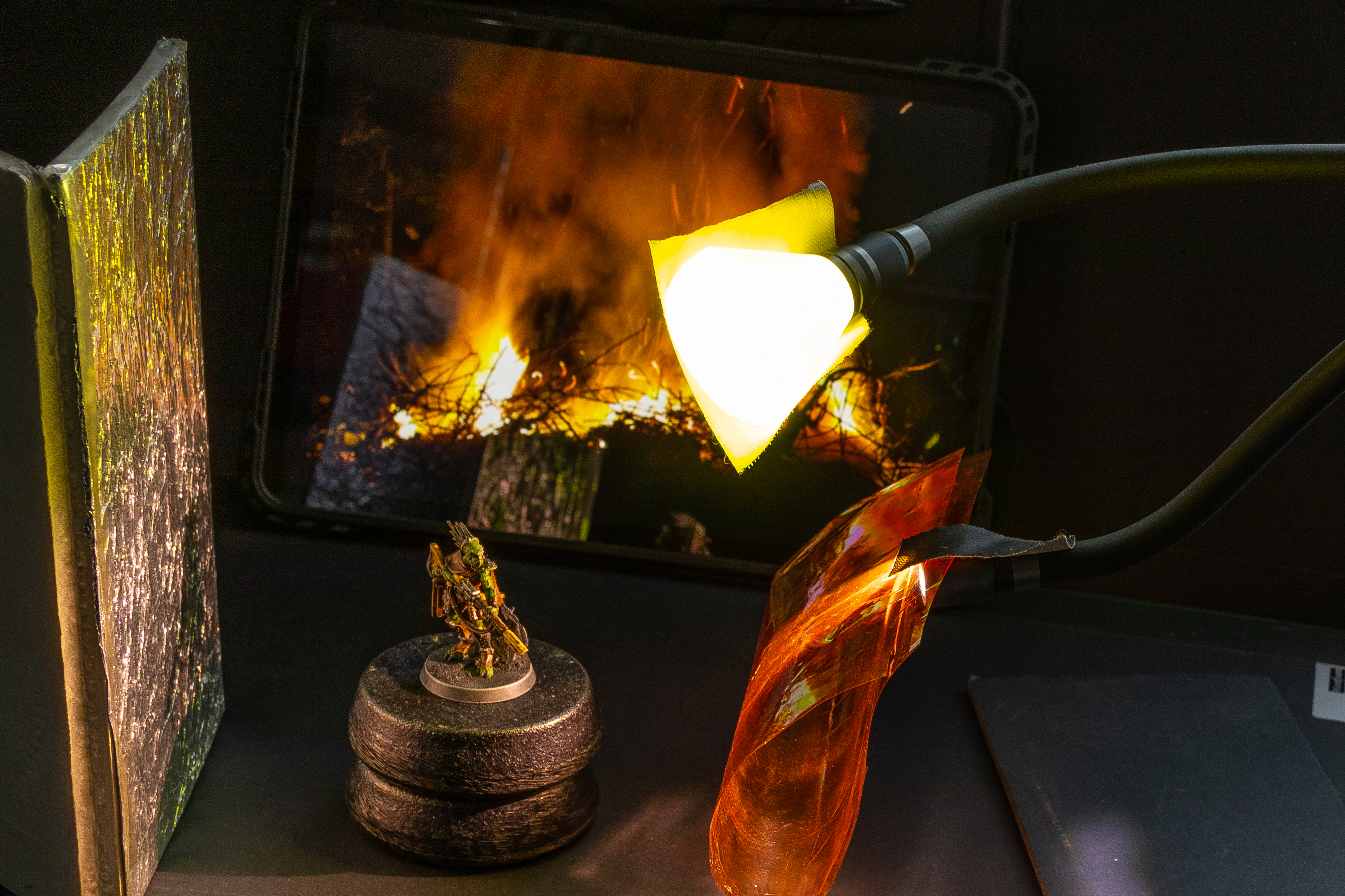 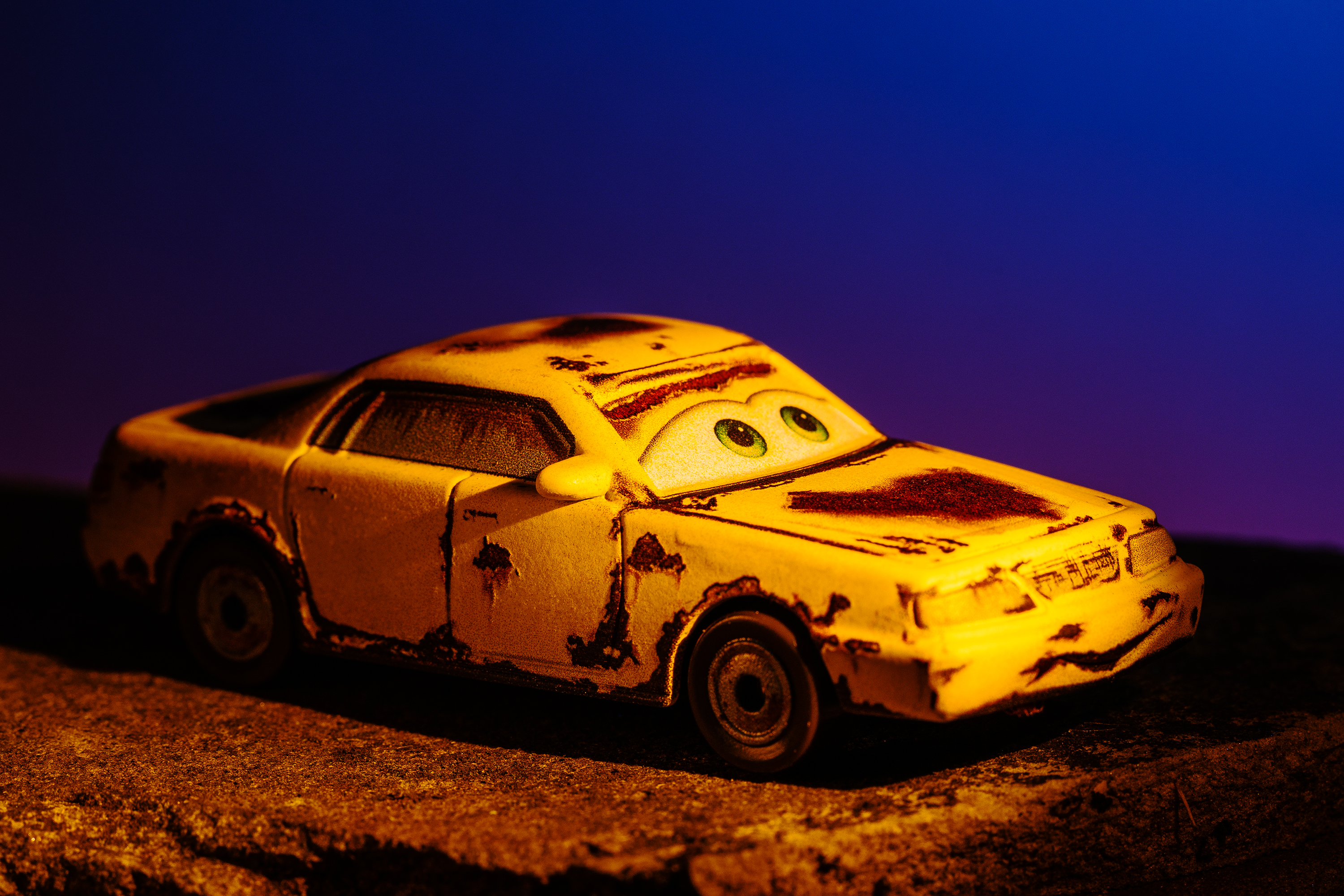 Using a split lighting technique, it was possible to make a dusk effect using three Lighting Arms. Here’s how it works: 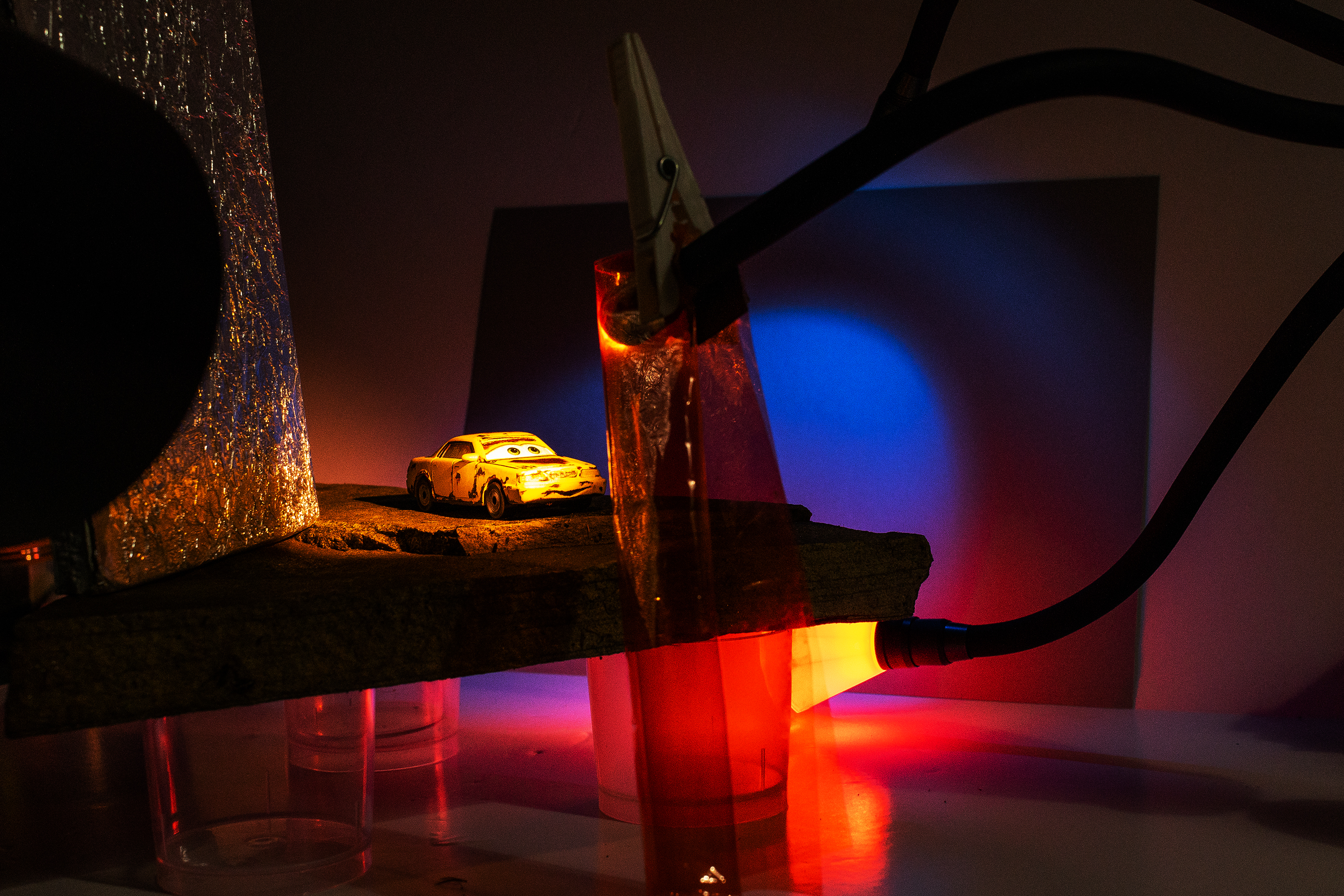 The headlight effect on the car was a heavily snooted white Lighting Arm with a double cut of Rosco 02 Bastard Amber lighting gel. The grey background was lit with a red Adaptalux filter and blue Lighting Arm.

There is a range of twelve background cards designed to make macro photo backgrounds more interesting. If you use a camera phone for macro photography, there’s a range of lens adaptors available.

Whether you’re a beginner interested in the fascinating world of macro photography, a keen amateur or a seasoned professional, the Adaptalux Studio system allows for creative lighting results visible in real time. It really does not matter what kind of camera you use, as there are no synchronisation issues between a flash controller and camera. Whether you have a DSLR, mirrorless, compact or smartphone camera, with the Adaptalux system you’ll be creating fine close-up and macro images within minutes. 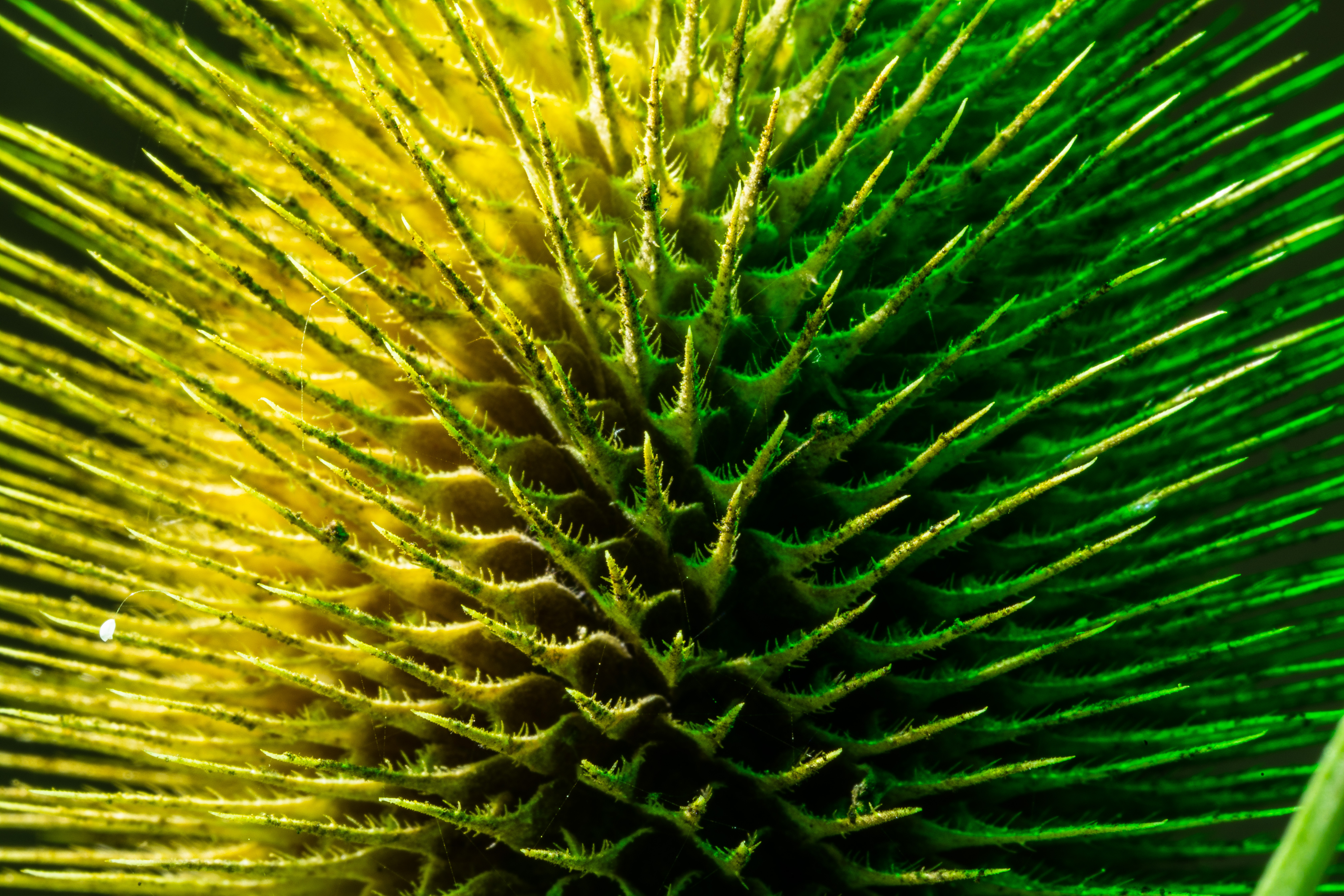 For this image of a teasel seed head I enhanced the colour with a green Lighting arm and white diffusion head. Side lighting was provided with a bare white Lighting Arm. Image credit: Ian Pack

I’ve enjoyed creating images with the Adaptalux kit, and it will be a shame to see it returned. I feel that I’m only skimming the surface of its creative possibilities. My review is aimed at stills photographers, but there are no reasons why video film makers should not use the Adaptalux LEDs for macro filming and time-lapse imaging. 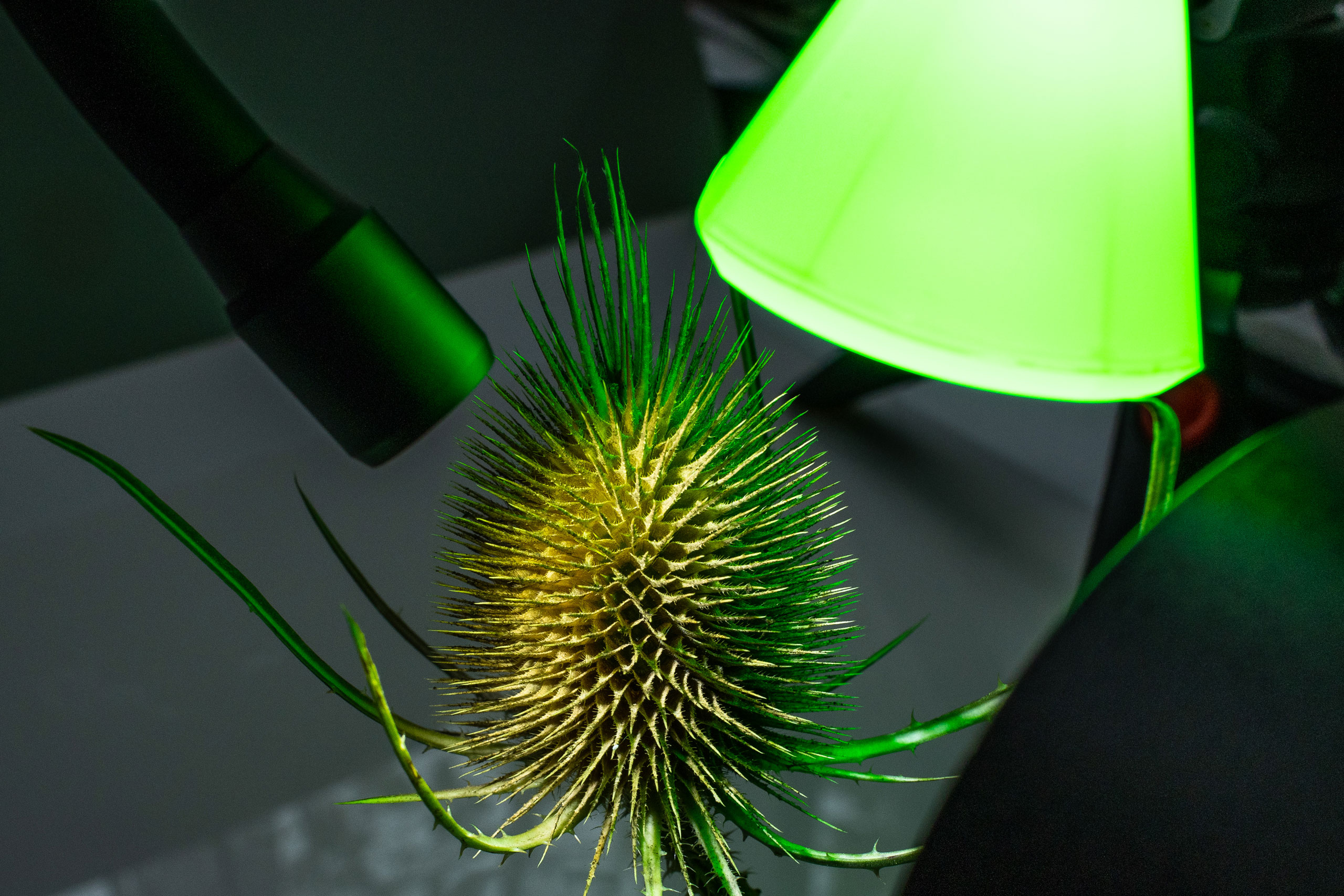 This is the lighting set-up used for the shot above. Image credit: Ian Pack

The kit tested may seem pricey at around the £370 mark, but it does include four Lighting Arms, along with coloured and diffusion filters. This gives opportunities for classic key light, fill, effect or accent lighting and highlighting specific areas of a subject. A number of other kits are also available and it’s even possible to create your own kit withe Adaptalux Pack Builder.