Cons: - Large and heavy for an APS-C E-mount lens
- No switches for AF or VC modes
- Only available in Sony E mount 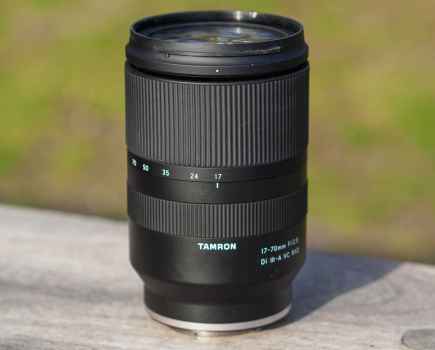 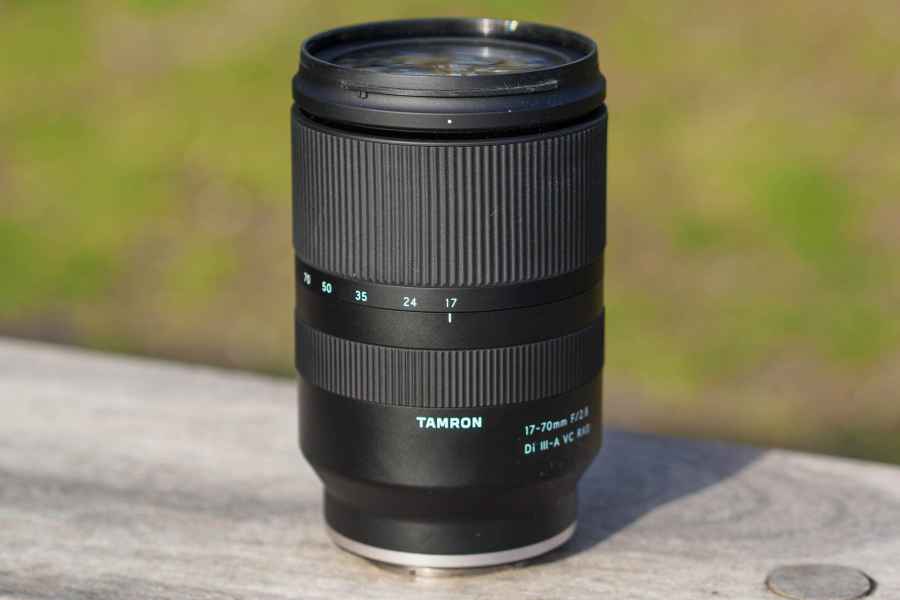 Cons: - Large and heavy for an APS-C E-mount lens
- No switches for AF or VC modes
- Only available in Sony E mount

Back in 2013, Sony transformed both its own fortunes as a camera maker, and the market as a whole, with the introduction of the Alpha 7 and Alpha 7R. The world’s first full-frame mirrorless cameras were based on its existing E-mount, which previously had been used for APS-C cameras. Since then, the firm has diverted almost all of its attention to designing full-frame lenses, with the smaller format left rather neglected in comparison. 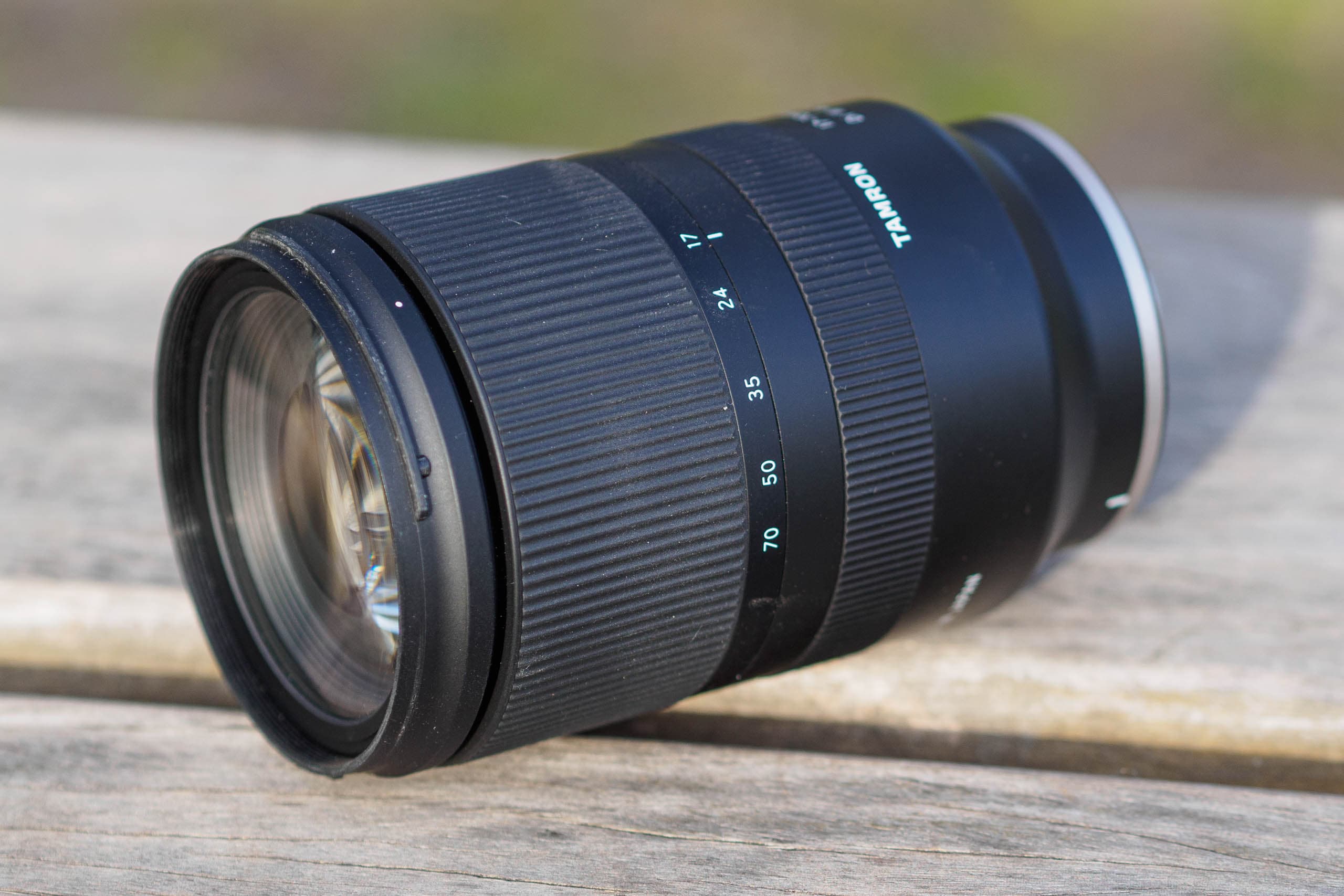 With its 17-70mm F/2.8 Di III-A VC RXD, Tamron has spotted an opportunity in this regard. On paper it’s the most tempting zoom yet for Sony’s A6000-series cameras, providing a broad focal-length range and large maximum aperture at a very reasonable price of £779. It’s also weather-resistant and optically stabilised. 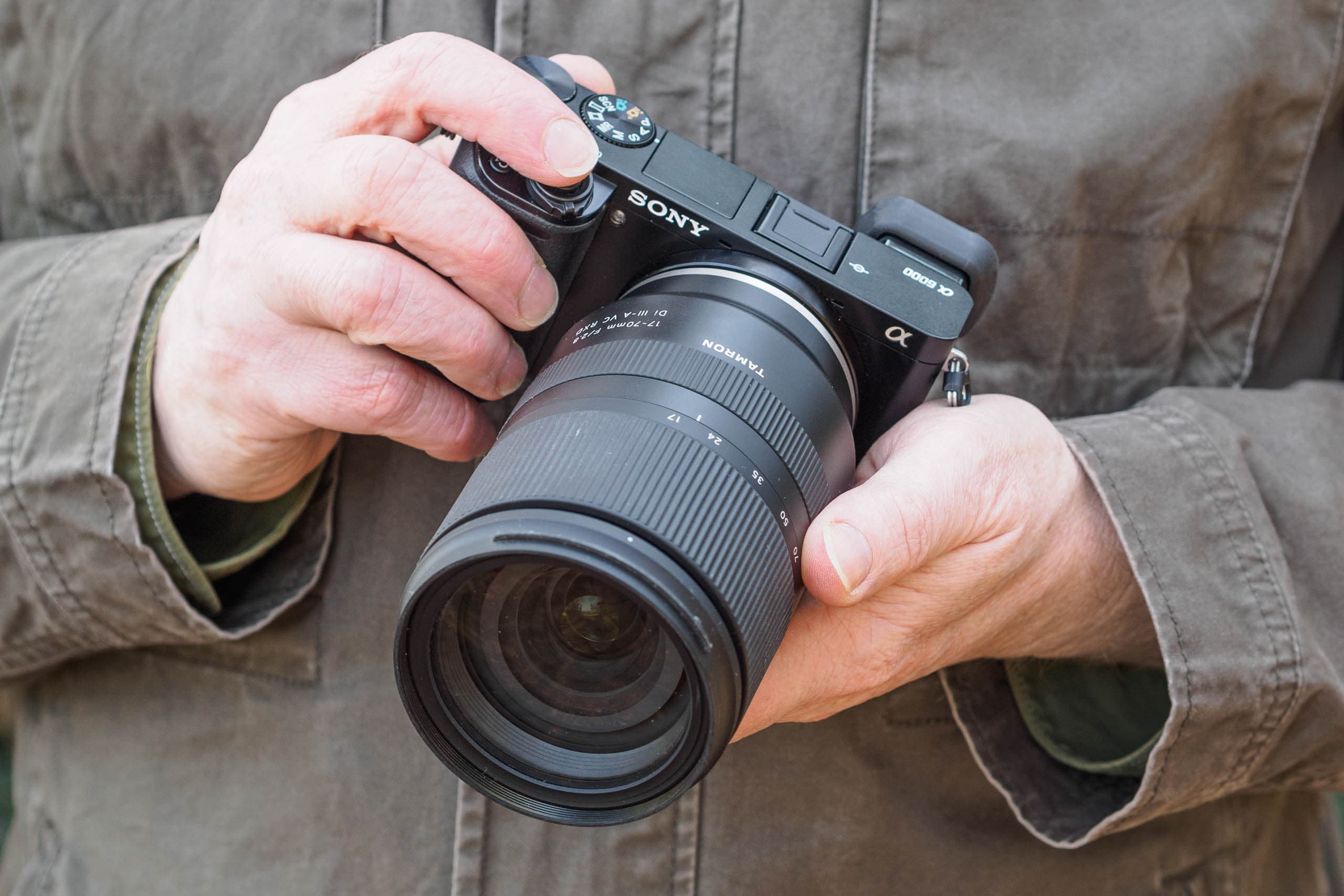 Sony offers two obvious rivals, but the E 16-55mm F2.8 G has a shorter telephoto end, forgoes optical stabilisation and costs £1079, while the E 16-70mm F4 ZA OSS provides a similar zoom range, but is a stop slower and lacks weather sealing for £699. So what we have here might just be the ideal choice for enthusiast Sony APS-C users, but does it live up to its promise?

In terms of zoom range and control over depth-of-field, the 17-70mm f/2.8 plays the same role as a 24-105mm f/4 lens on full-frame. The RXD initials in its name reveal that it uses a silent stepper motor for focusing, while VC indicates that it’s optically stabilised. This is crucial given that among Sony’s APS-C camera bodies, only the top-end A6500 and A6600 include in-body stabilisation. 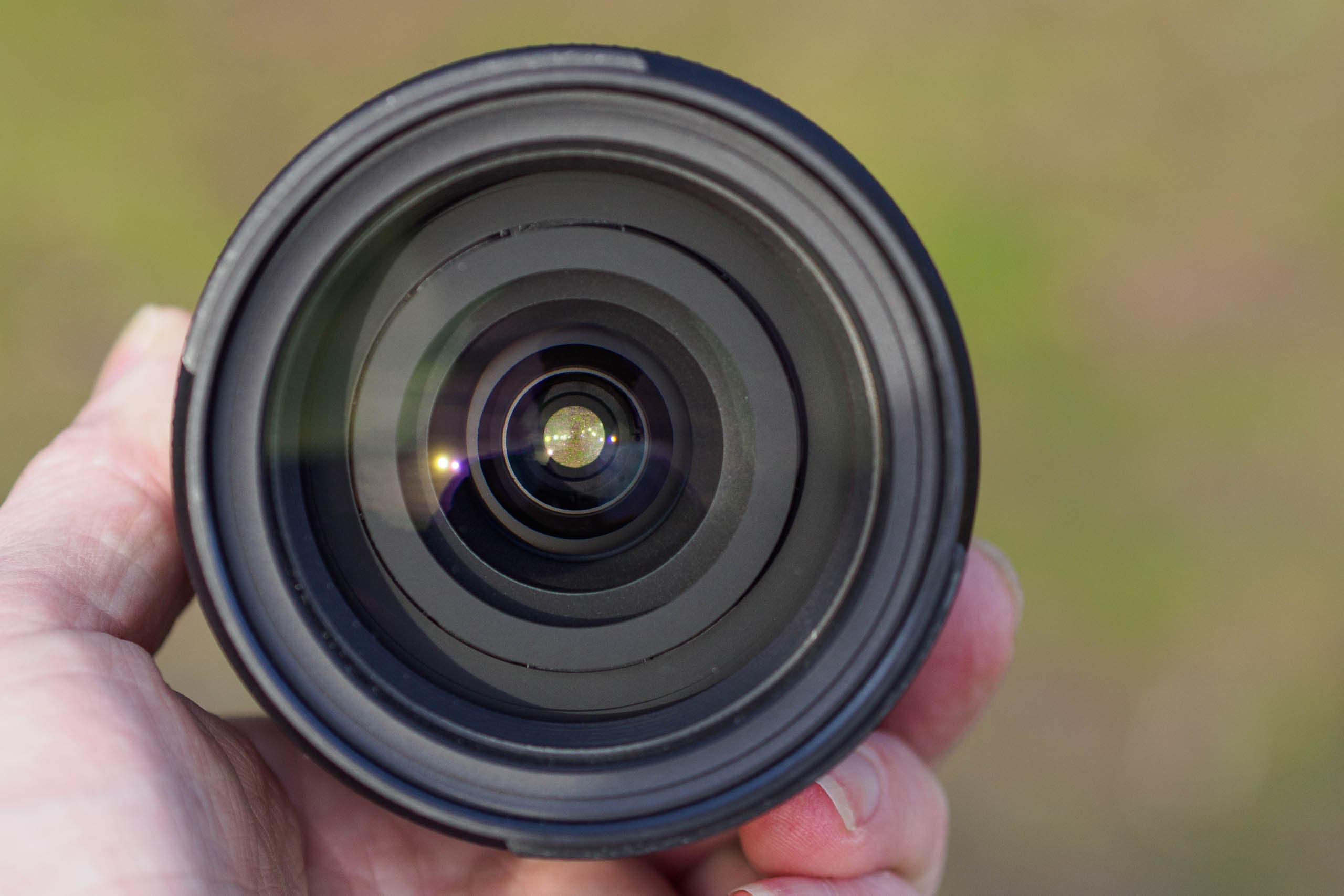 Tamron tells us that on these cameras, the VC and IBIS work together for increased effectiveness, but is light on the details. The VC system has its own processor for maximum effectiveness (another is dedicated to AF), and video shooters should benefit from a new AI-based system that tailors its response to different kinds of camera movement. 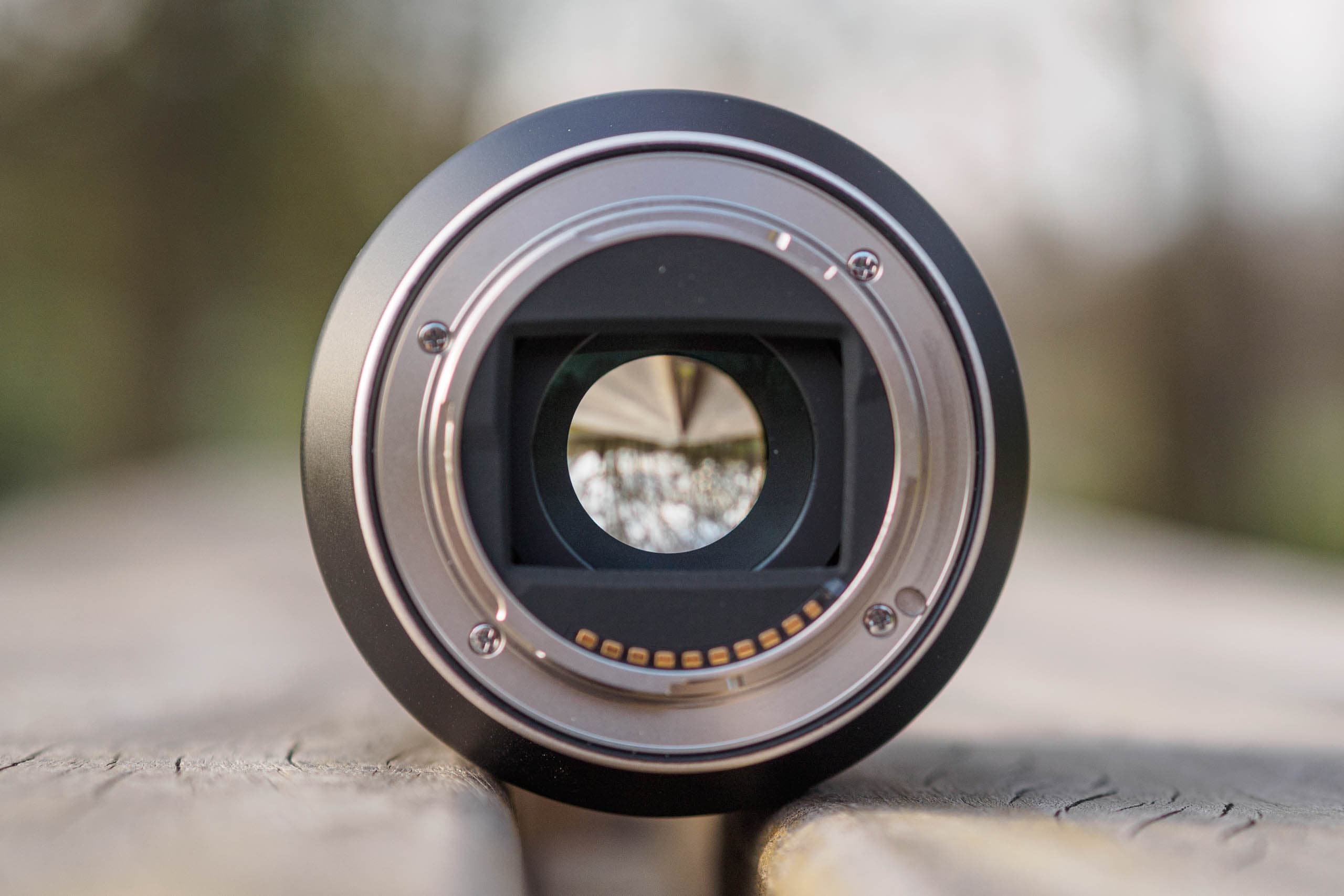 A 9-blade diaphragm provides a circular aperture for attractive bokeh 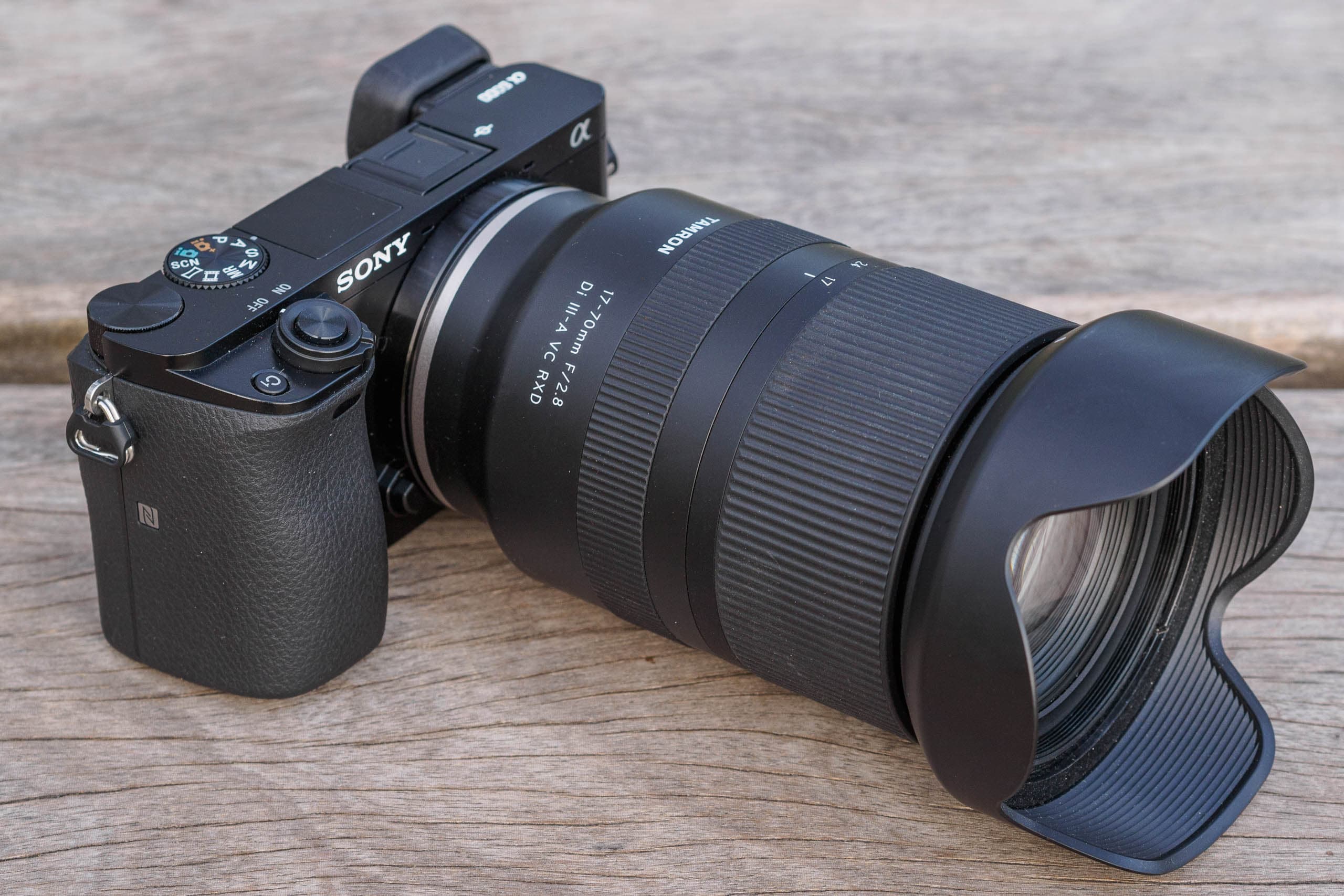 A reversible bayonet-fit hood is provided with the lens

Other features include a minimum focus distance that ranges from 19cm to 39cm as you zoom from wideangle to telephoto, providing a usefully high magnification that’s equivalent to approximately one-third life size. The lens accepts 67mm filters and comes with a bayonet-fit petal-type hood that’s reversible for transport. If you need to update the firmware in future, this can be done via the camera body.

In terms of design, the 17-70mm matches Tamron’s other recent zooms, such as its full-frame 17-28mm and 28-75mm optics. There’s little to criticise with regard to build quality; the barrel may be plastic skinned to keep the weight manageable, but it feels perfectly robust. It also boasts moisture-resistant construction for peace of mind, along with a fluorine coating on the front element to repel water and fingerprints. The broad zoom ring is placed towards the front of the barrel, with the narrower focus ring closer to the camera body. But disappointingly there are no switches for focus or image stabilisation modes, which have to be set from the camera body. 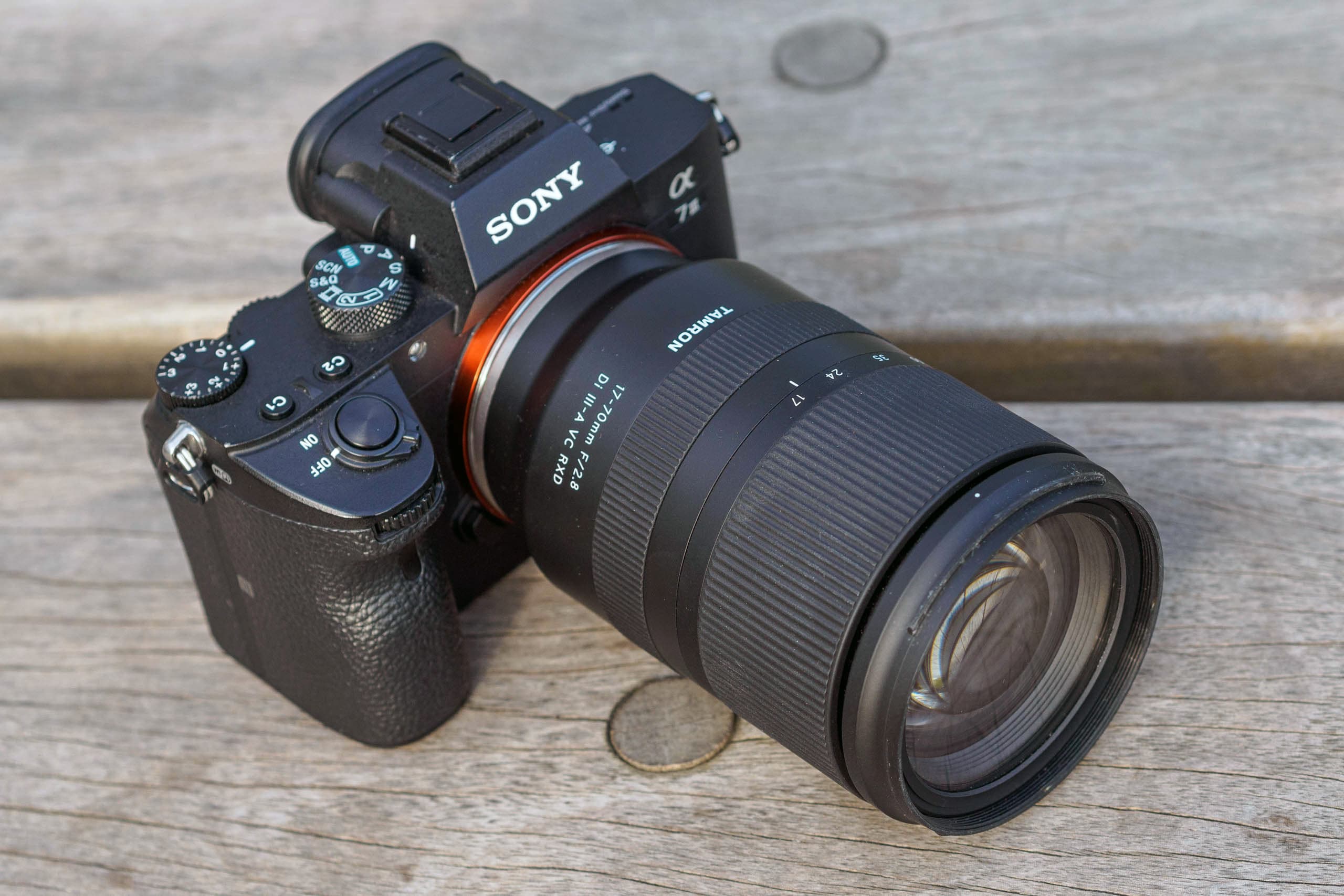 The 17-70mm f/2.8 is a great match for small SLR-shaped cameras such as this Alpha 7 III. Unfortunately, that’s not the camera design Sony uses for APS-C.

What’s most striking about the 17-70mm is its size. At 75mm in diameter and 119mm in length, it’s the largest standard zoom designed specifically for APS-C E-mount cameras. It even contrives to be longer than the Sony FE 24-105mm F4 G OSS for full frame. One side-effect of this is that it’s essentially incompatible with the camera’s built-in flash, giving heavy shadowing at the lower left of the frame. Weighing in at 525g, it’s also heavier than either of its Sony rivals. This is the inevitable trade-off for that zoom range and maximum aperture. 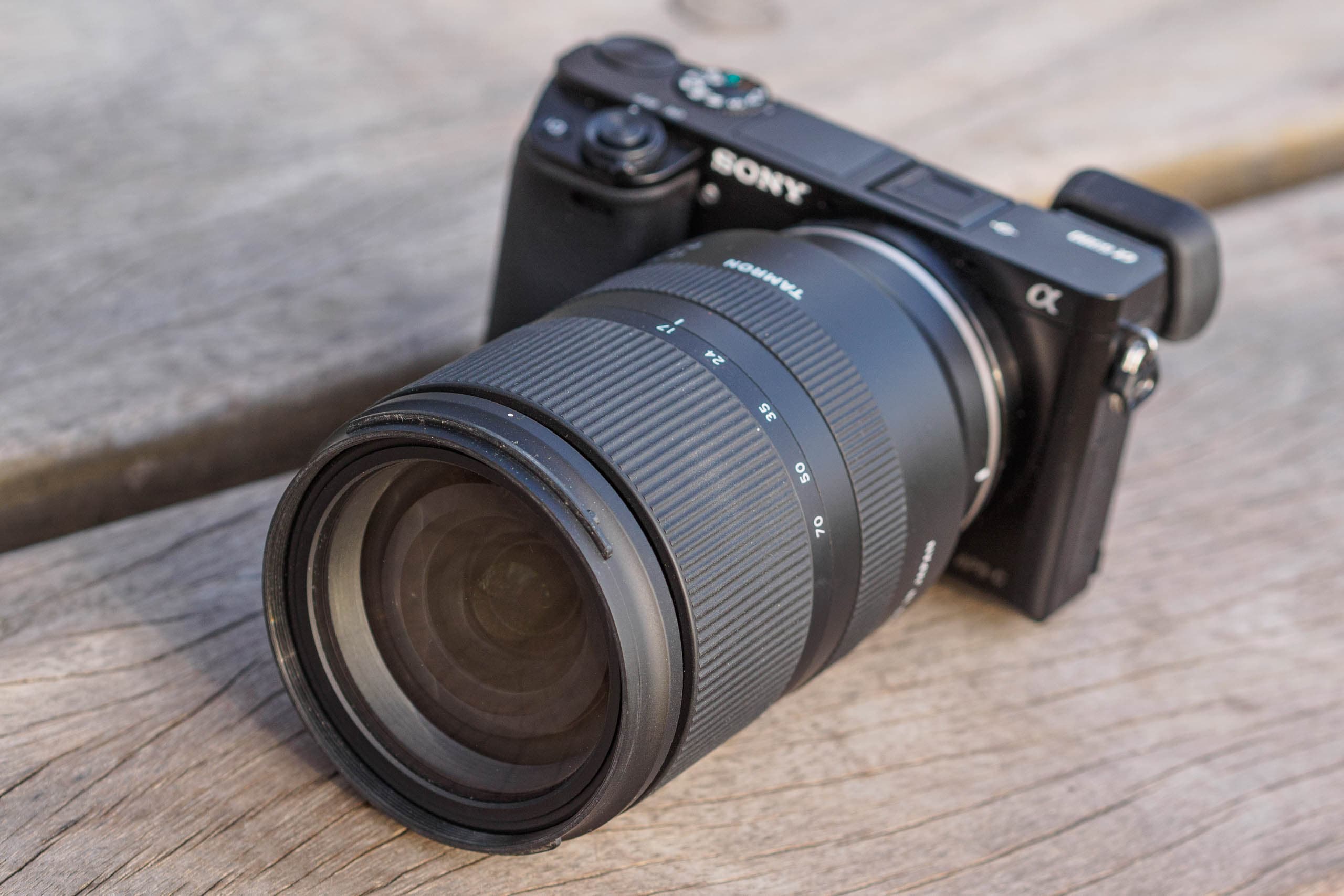 While the 17-70mm is designed for use on APS-C cameras, it also works perfectly happily on full-frame models in APS-C crop mode. In fact, it’s a really nice match to the SLR-shaped Alpha 7 series cameras. The problem though, is that same can’t be said of the much smaller bodies on which it’s supposed to be used. I tested it using the original A6000, where it made for a somewhat ill-matched, front-heavy combination with the compact rangefinder-style body. The lens dwarfs the camera, with the barrel underhanging the body by several millimetres. It’s not unusable, but if you’re after balance and portability, there are certainly better options available.

Historically, third-party makers have had to reverse-engineer the communications between the camera and lens, which can result in slow, unreliable autofocus. But Sony licenses its E-mount protocols instead, which has turned out to be a very smart move. It means that the Tamron 17-70mm f/2.8 operates seamlessly on Sony cameras and is fully compatible with all of the firm’s focusing technologies, including eye AF and Direct Manual Focus. 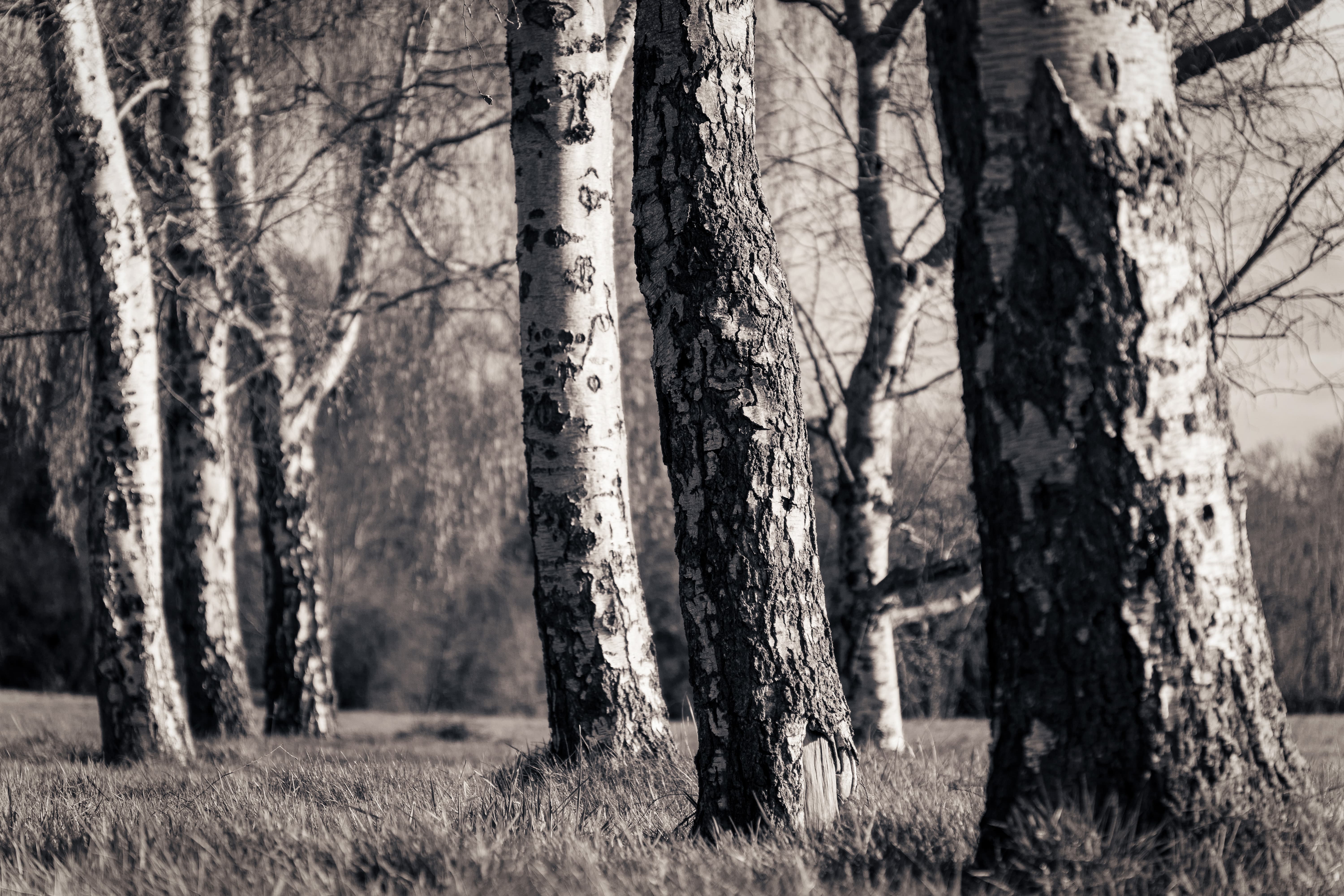 When used on the Alpha 6000, the lens focuses snappily and almost completely silently. Strangely it makes more noise on the Alpha 7 III, although you’ll still only notice it in a quiet room. I had no problems with accuracy, even when shooting wide open at the telephoto end where depth of field is at its thinnest. 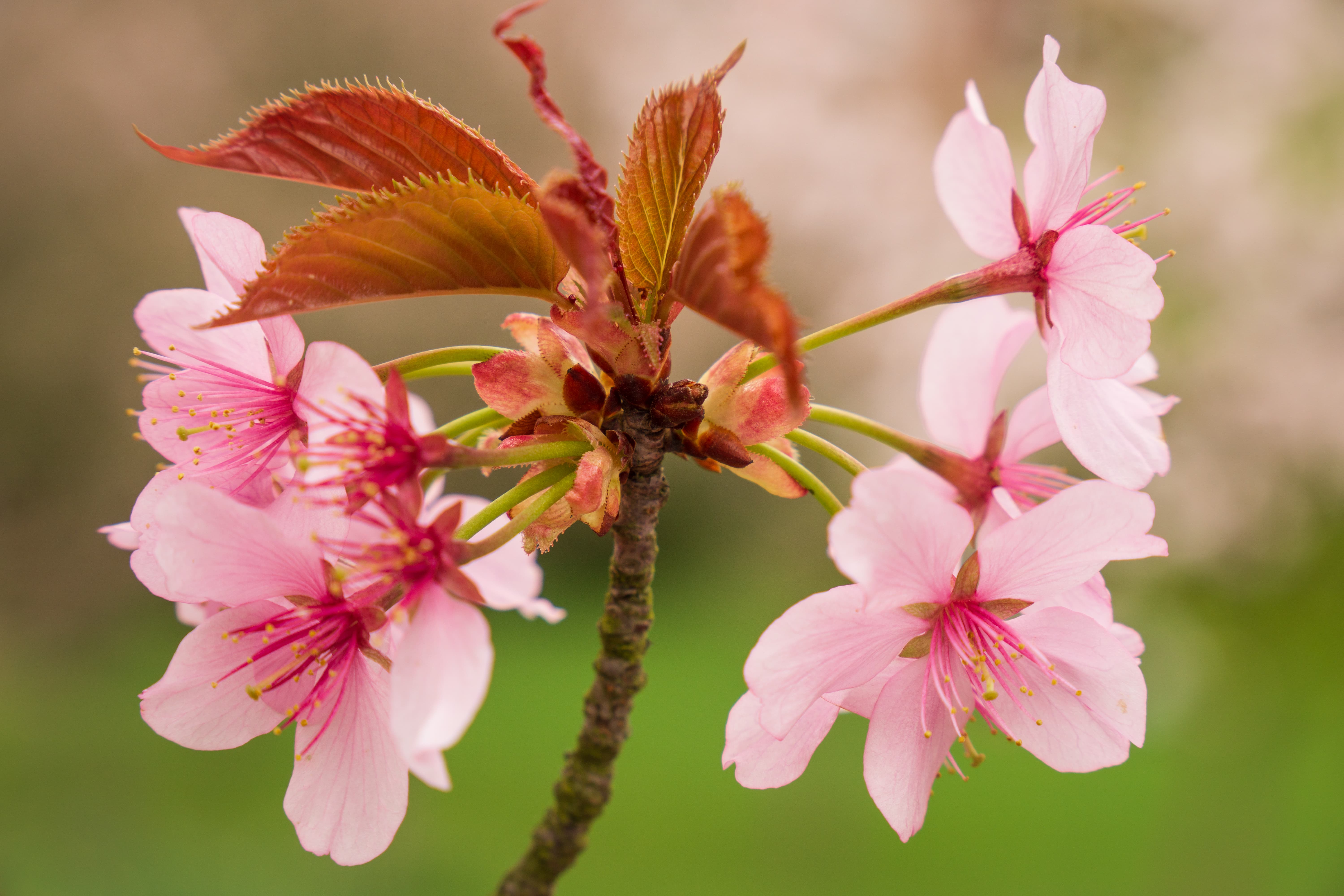 This autofocus prowess is welcome, because I was unimpressed by the manual focus experience. It’s an electronic focus-by-wire design, with the focus ring used to drive the AF motor. But this control is slightly sticky when you’re trying to make small adjustments, resulting in jerky steps when fine-tuning focus. The experience isn’t helped by the fact that unlike with Sony lenses, the optical stabilisation doesn’t function while you’re focusing. This results in a shaky magnified view, especially at telephoto.

One area of the lens’s performance where I have few reservations, however, is its image quality. Quite simply, it’s excellent. Tamron says it was aiming to match Sony’s 16-55mm f/2.8, and I think it’s safe to say that the firm has achieved this goal. 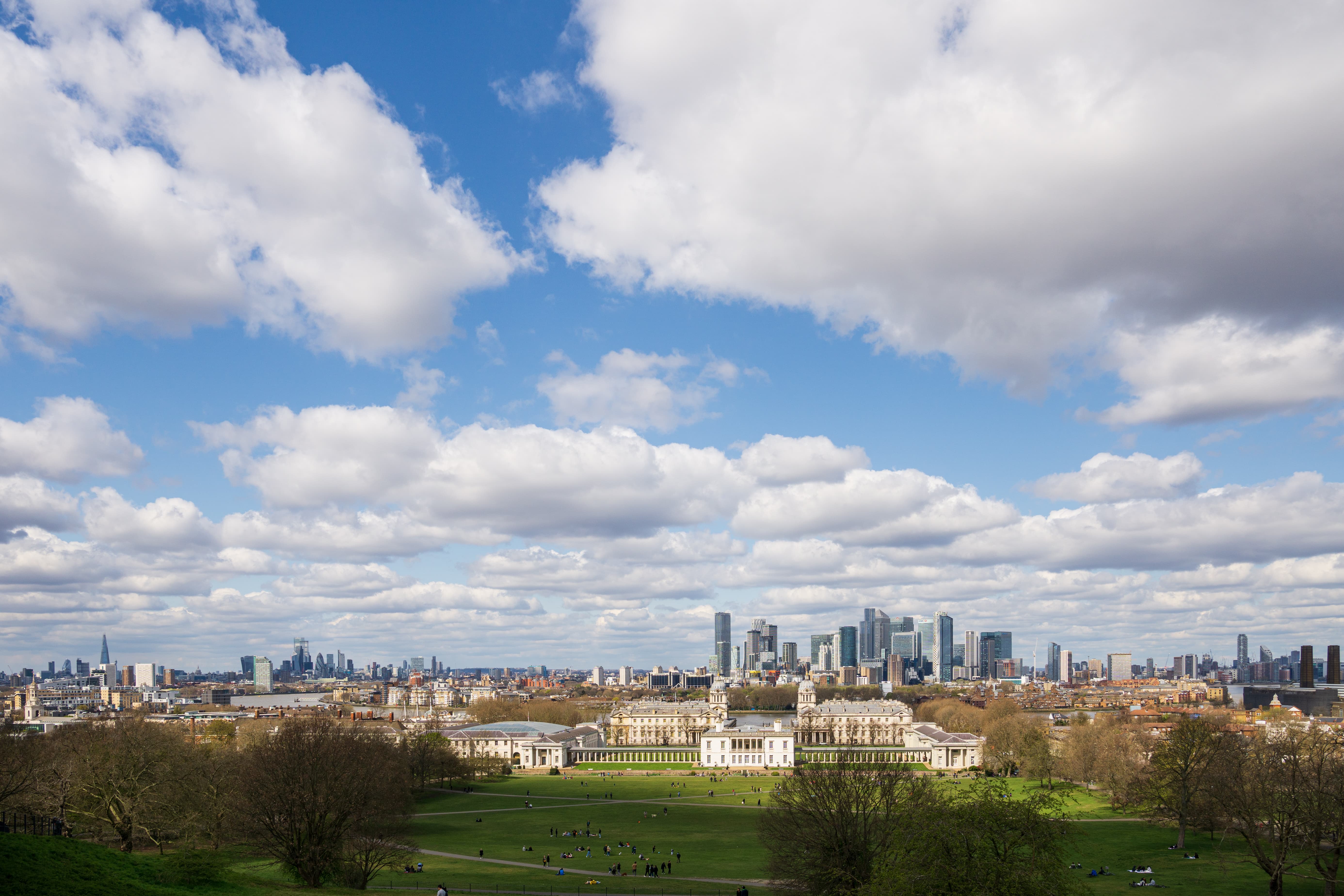 In particular, detail rendition is very impressive indeed. As usual the lens is at its best in the middle of its range; at the 35mm mark it delivers impressive levels of detail from corner to corner, even at f/2.8. Zoom to either the wide or tele end and while the centre stays extremely sharp, the corners soften up a little. Stop down to f/8 at telephoto and they pick up very nicely, but at wideangle they never quite hit the same heights. That said, you’ll only notice this when viewing your image files up-close on screen, or perhaps when making really large prints. Most of the time you’re more likely to be delighted by the quality and consistency of the images. 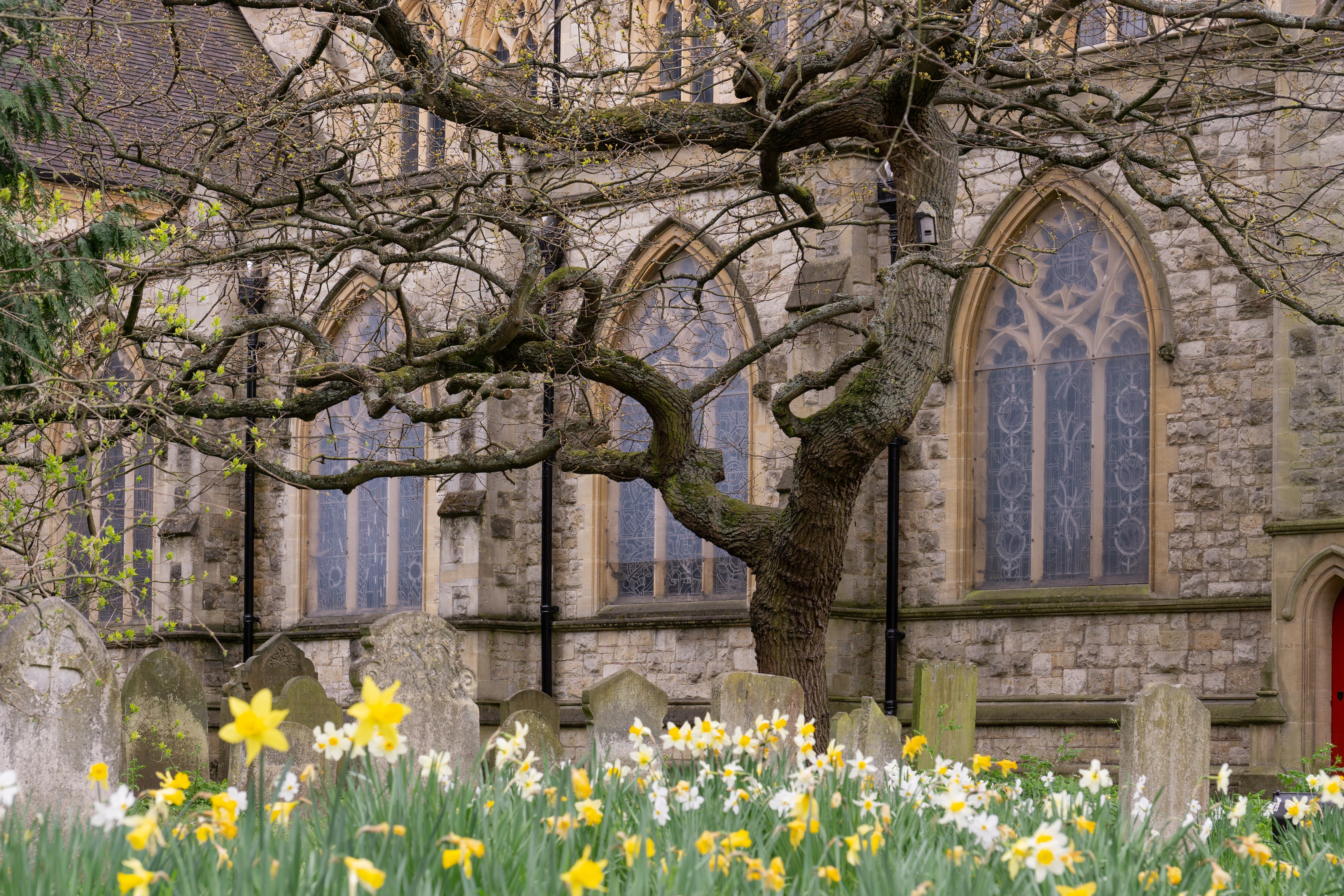 Tamron has achieved this impressive sharpness in the modern way, by allowing strong rectilinear distortion on the basis that it can be automatically corrected in either the camera’s JPEG files, or during raw processing. At 17mm, there’s strong and complex barrel-type distortion, which neutralises at the 20mm mark before turning to pronounced pincushion distortion through the rest of the range. As a result, you’ll need to enable distortion compensation in the camera’s menu if you want straight lines towards the edge of the frame to be drawn correctly. 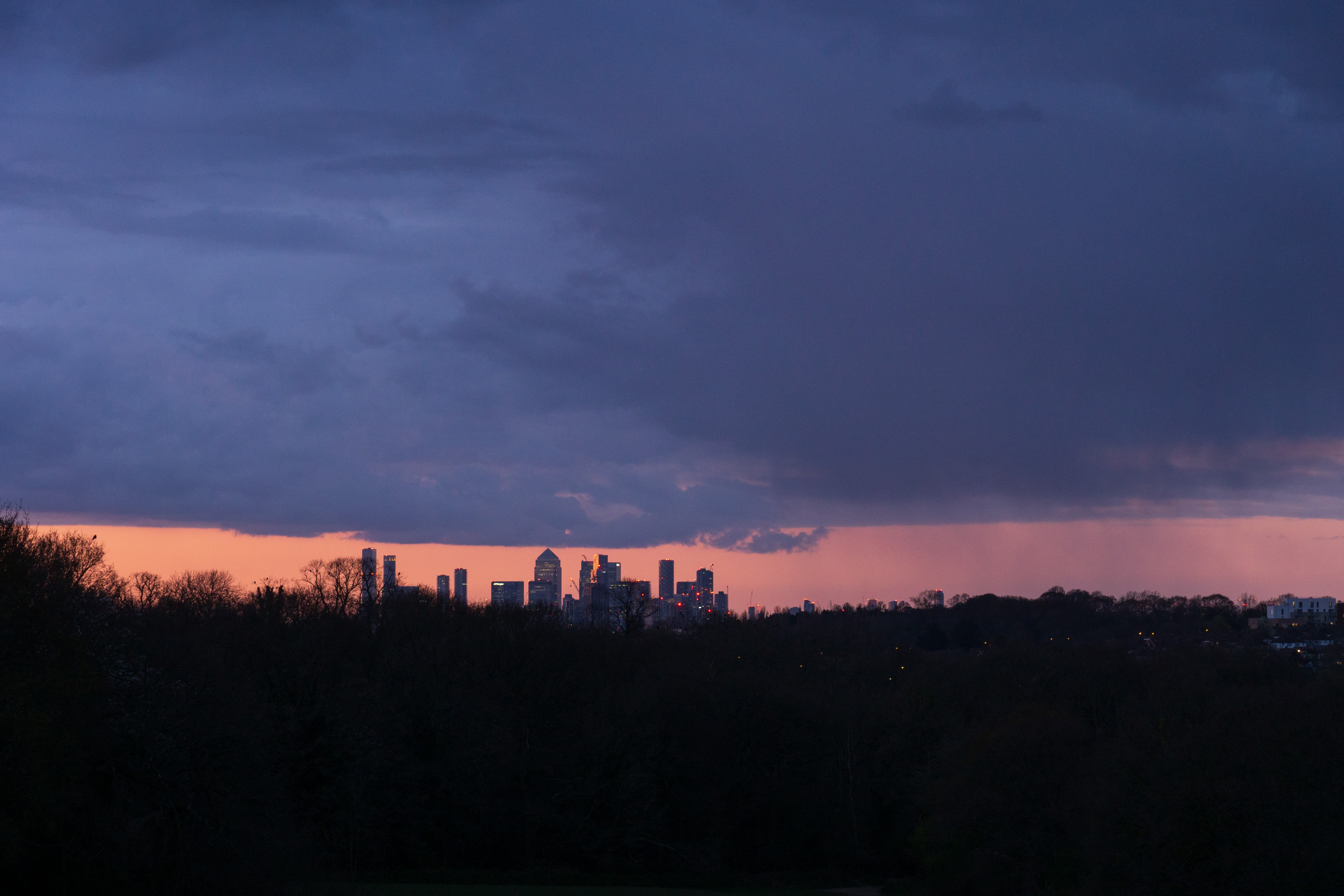 Another penalty the comes from combining a large zoom ratio and fast aperture in a lens this size is vignetting. Again, it’s most pronounced at either end of the zoom, where you need to stop down to f/5.6 to suppress any hint of corner darkening. However the effect is much reduced at the 35mm position. At the time of writing, Adobe visibly over-corrects this vignetting in Camera Raw, so you need to dial back its compensation significantly to avoid artificially bright corners in files shot at large apertures. 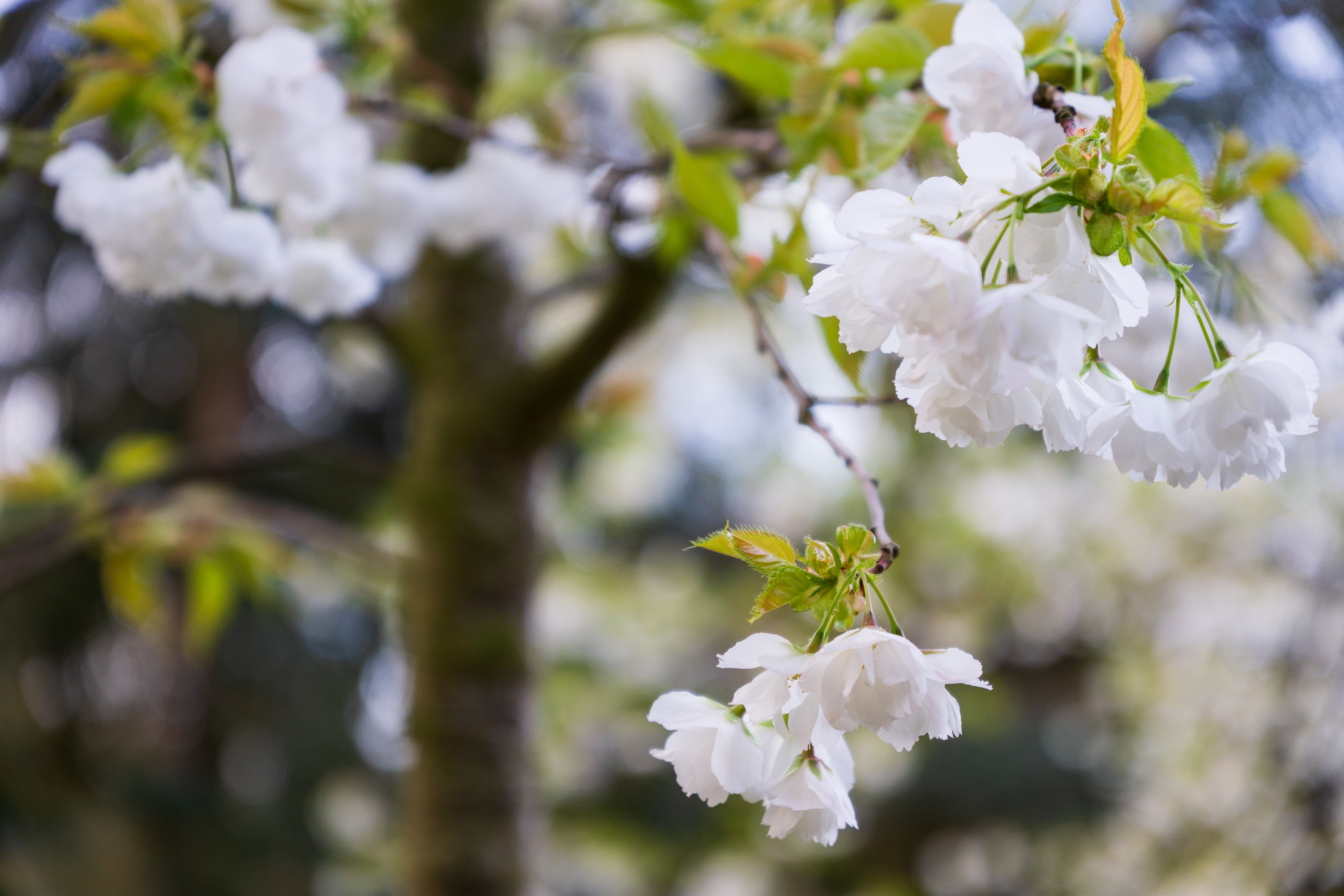 With its f/2.8 aperture and close minimum focus distance, this is a useful lens for selective focus work. As a rule, it renders out-of-focus backgrounds in a smooth and attractive fashion, although occasionally you’ll come across ‘onion ring’ effects in highlights. You’ll also see a cat-eye effect at telephoto, in which out-of-focus highlights towards the image corners are rendered as truncated circles due to physical vignetting. But that’s only to be expected from this type of lens. 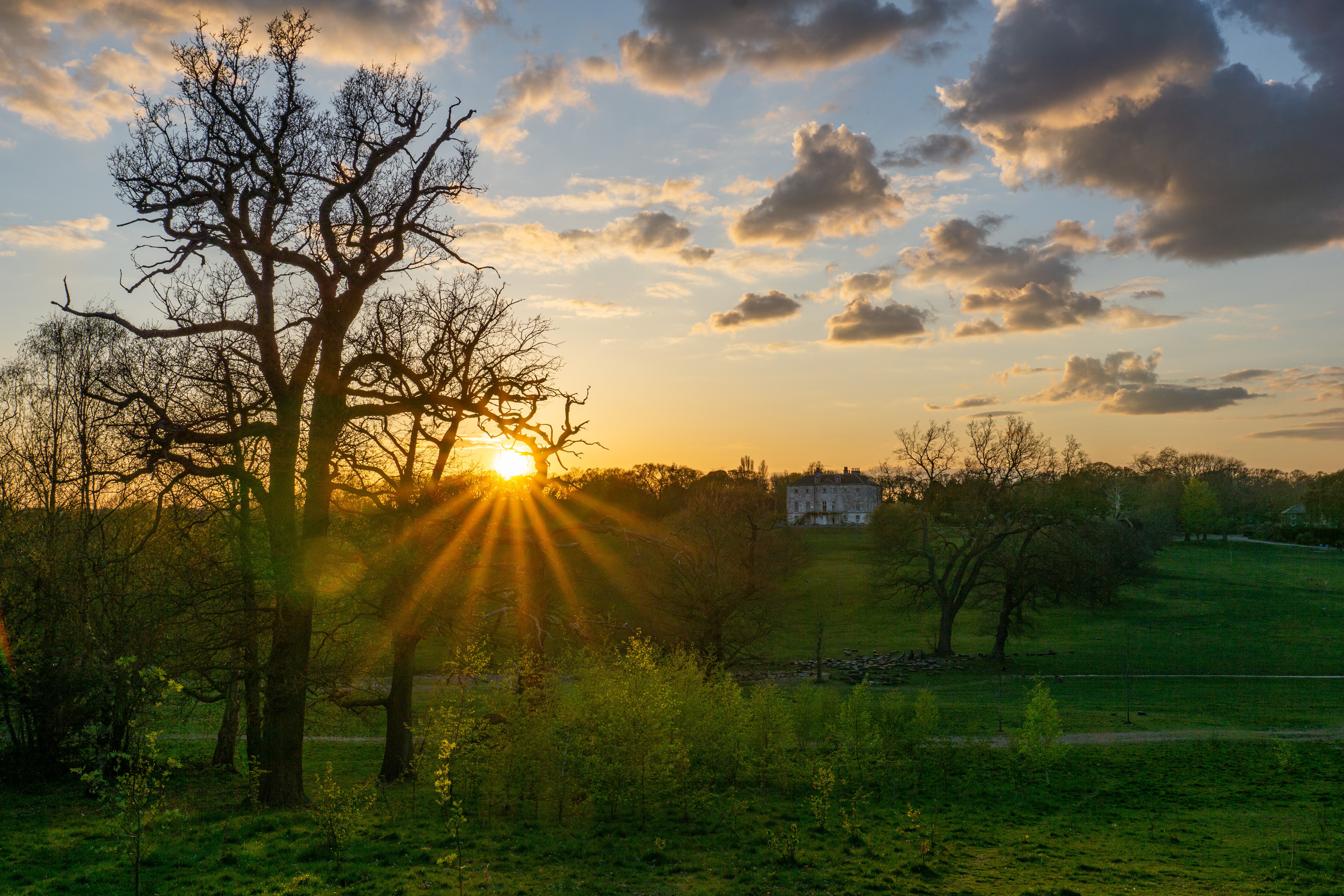 The 17-70mm also deals quite elegantly with shooting directly into the light. I saw no significant problems with flare when strong light sources such as the sun or streetlights were included in the frame, even when making significant tonal adjustments in shadow regions of the image file. However, photographers who value the appearance of sunstars will find they’re not especially well defined. 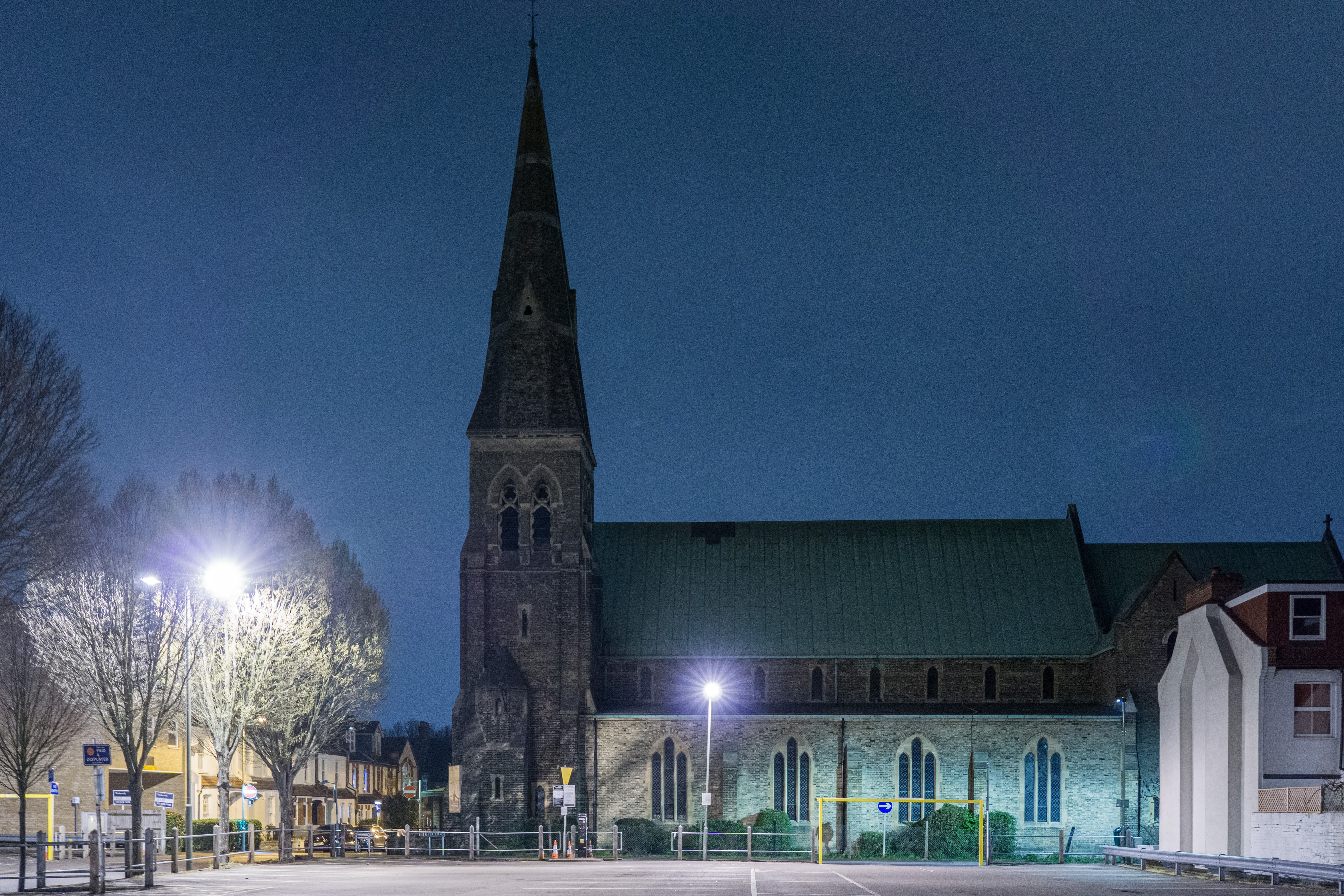 Last but by no means least, the optical stabilisation works very well. I was able to get sharp images hand-held at shutter speeds as slow as 0.3 seconds towards the wideangle end, which is about as good as you’re likely to get from a lens-based system.

For enthusiast photographers who use Sony’s APS-C cameras and are in search of a high-quality everyday zoom, in many respects the Tamron 17-70mm F/2.8 Di III-A VC RXD looks like the perfect choice. It offers a compelling combination of a large maximum aperture and a really useful focal length range, without skimping on optical quality. Alongside the Sony E 16-55mm F2.8 G, it’s the only weather-sealed option available to match the higher-end A6000-series models, but its optical stabilisation makes it a much better choice for use on bodies without IBIS. The fact that it’s £300 cheaper is a significant advantage, too. 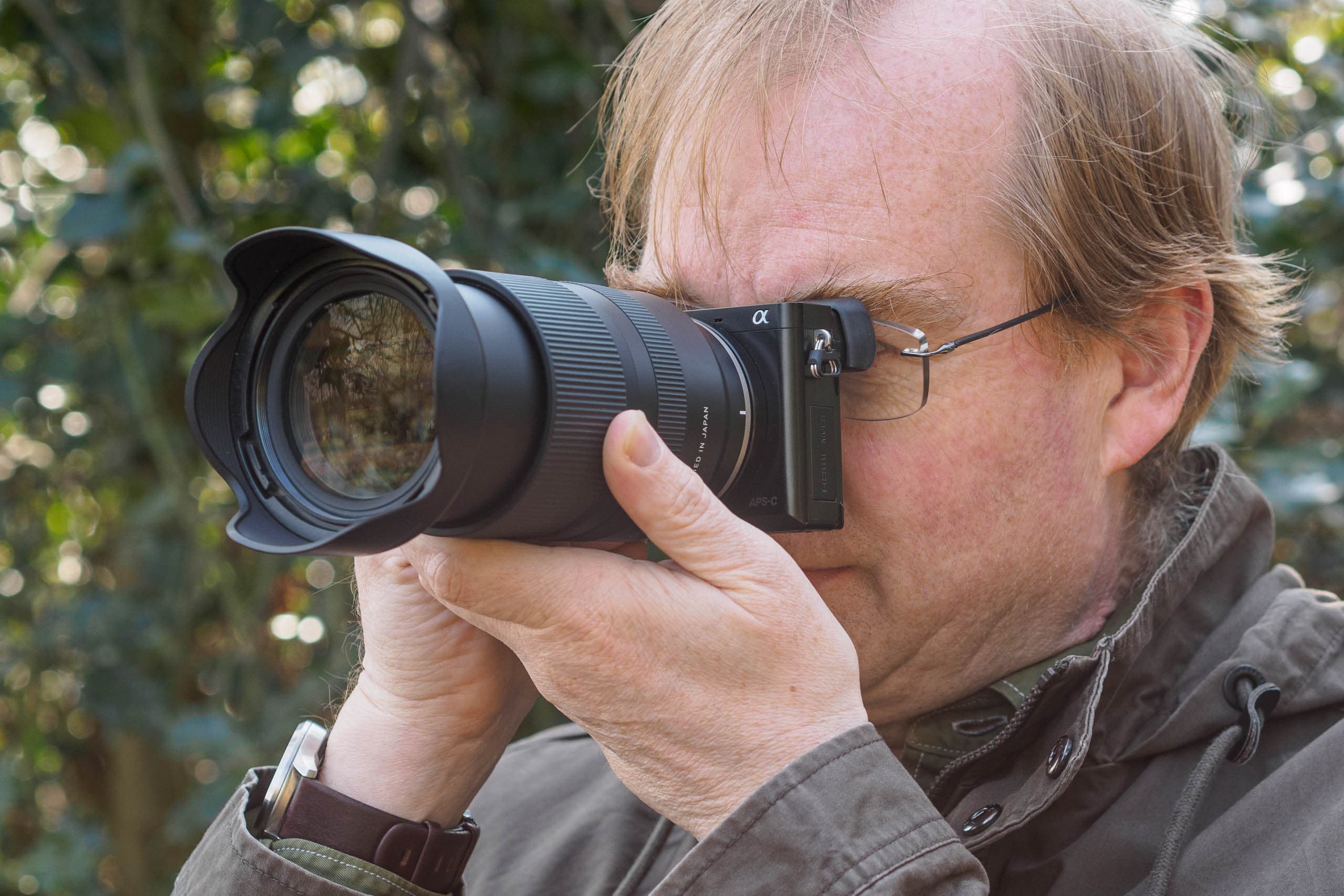 Indeed, my only real reservation lies with its size and weight. This is a lens that feels like it would be better suited for use with larger SLR-style cameras, rather than Sony’s petite APS-C models, on which I found it to be awkwardly unbalanced. In fact I’d love to see Tamron make it in other mounts such as Fujifilm X, but unfortunately the other camera companies aren’t as farsighted as Sony in facilitating third-party lens makers. 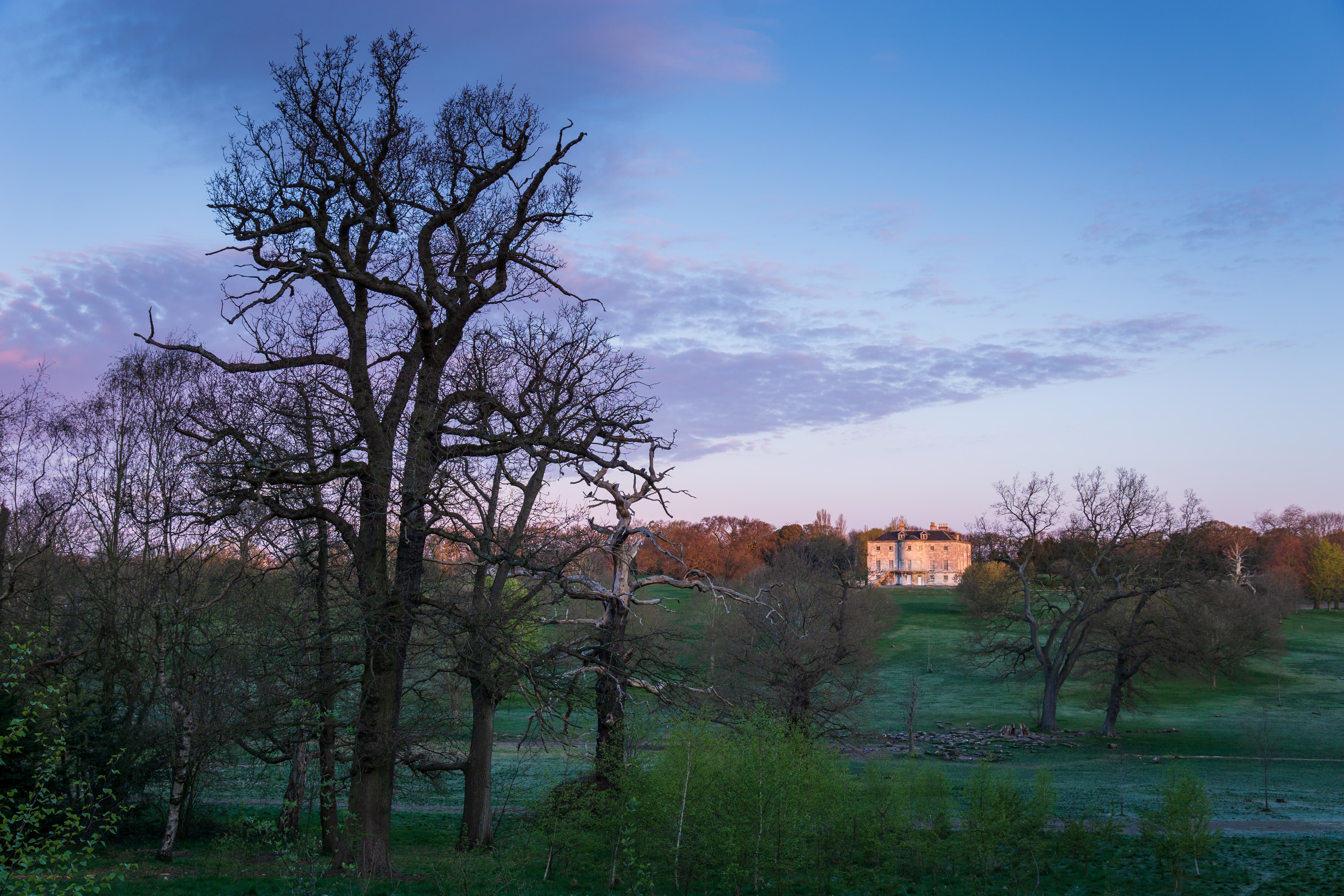 Overall, though, this is a fine lens at a tempting price. Alpha 6000-series users in search of smaller and lighter option may be better served by Sony’s E 16-70mm F4 ZA OSO, but for those prepared to tolerate the size mismatch, the Tamron 17-70mm will deliver excellent results. 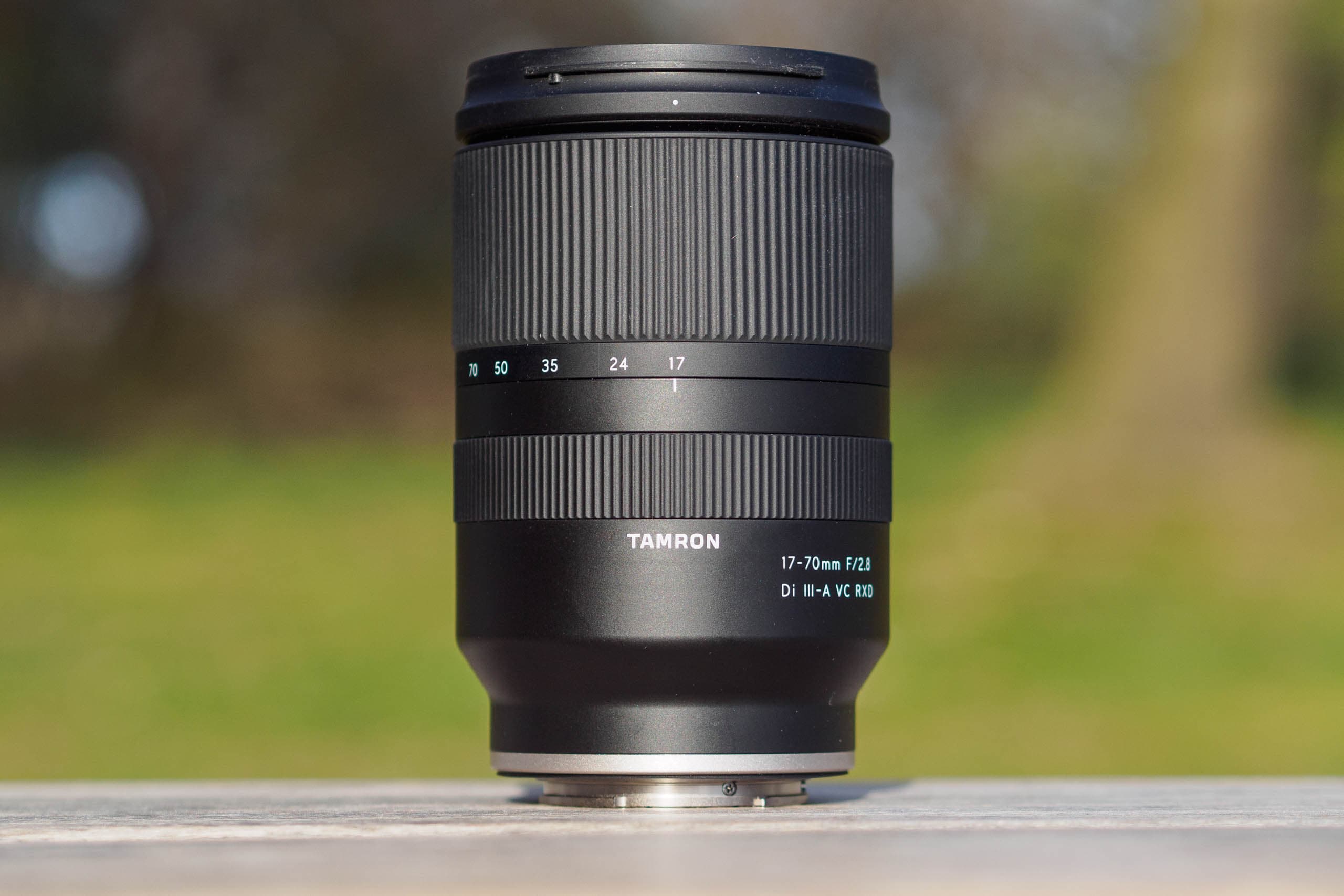