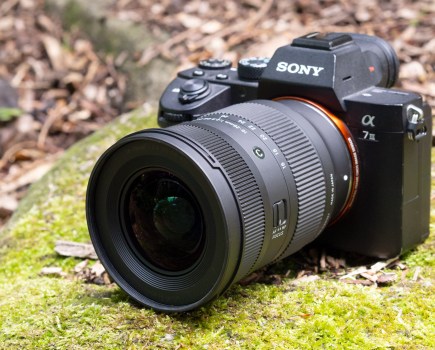 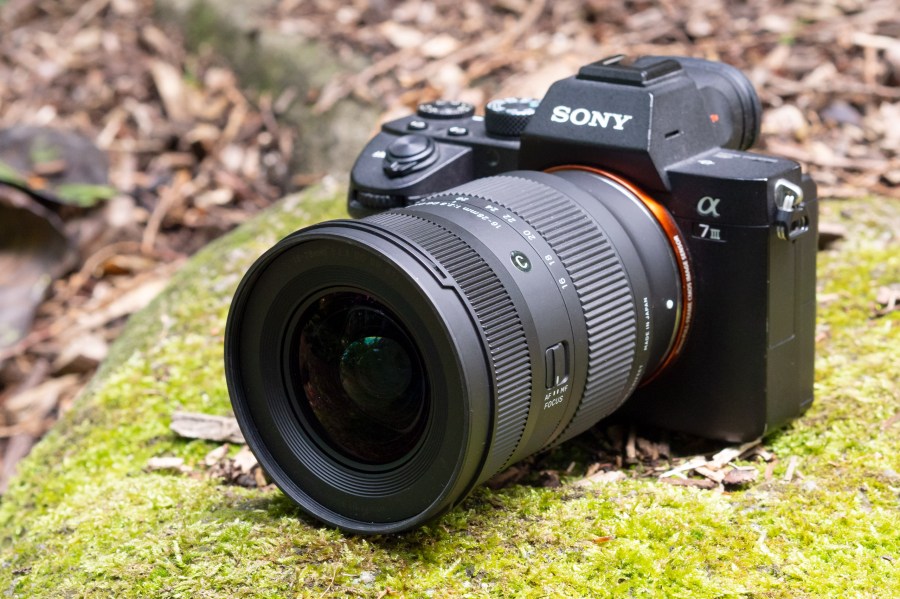 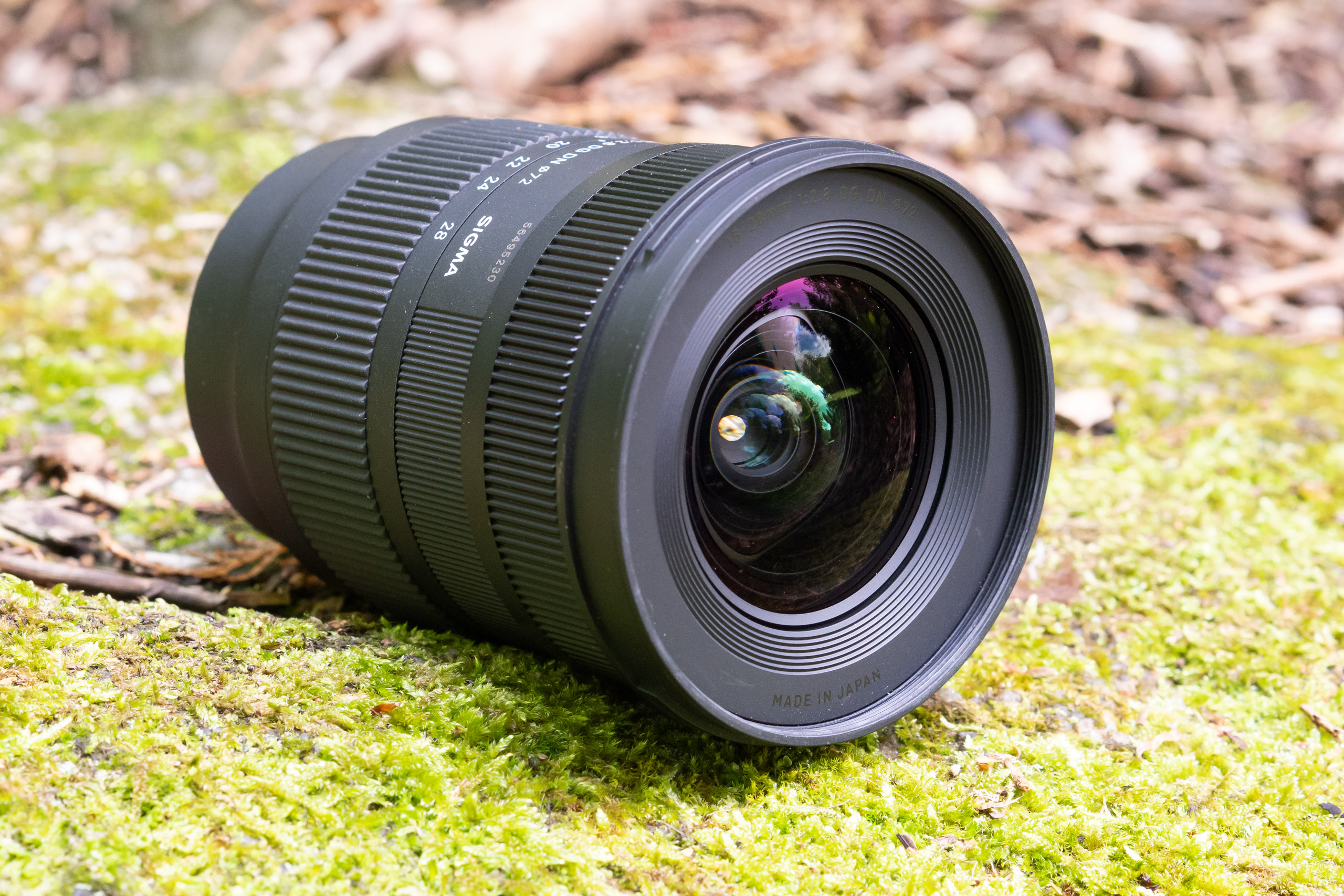 The Sigma 16-28mm F2.8 DG DN Contemporary lens is part of Sigma’s more affordable line of lenses, designed for full-frame mirrorless cameras, the lens provides a useful 16mm to 28mm zoom range, going from ultra-wide-angle to wide-angle, whilst at the same time providing a bright, constant F2.8 aperture. Used in APS-C mode or on an APS-C Sony camera you get the equivalent of a 24-42mm lens. 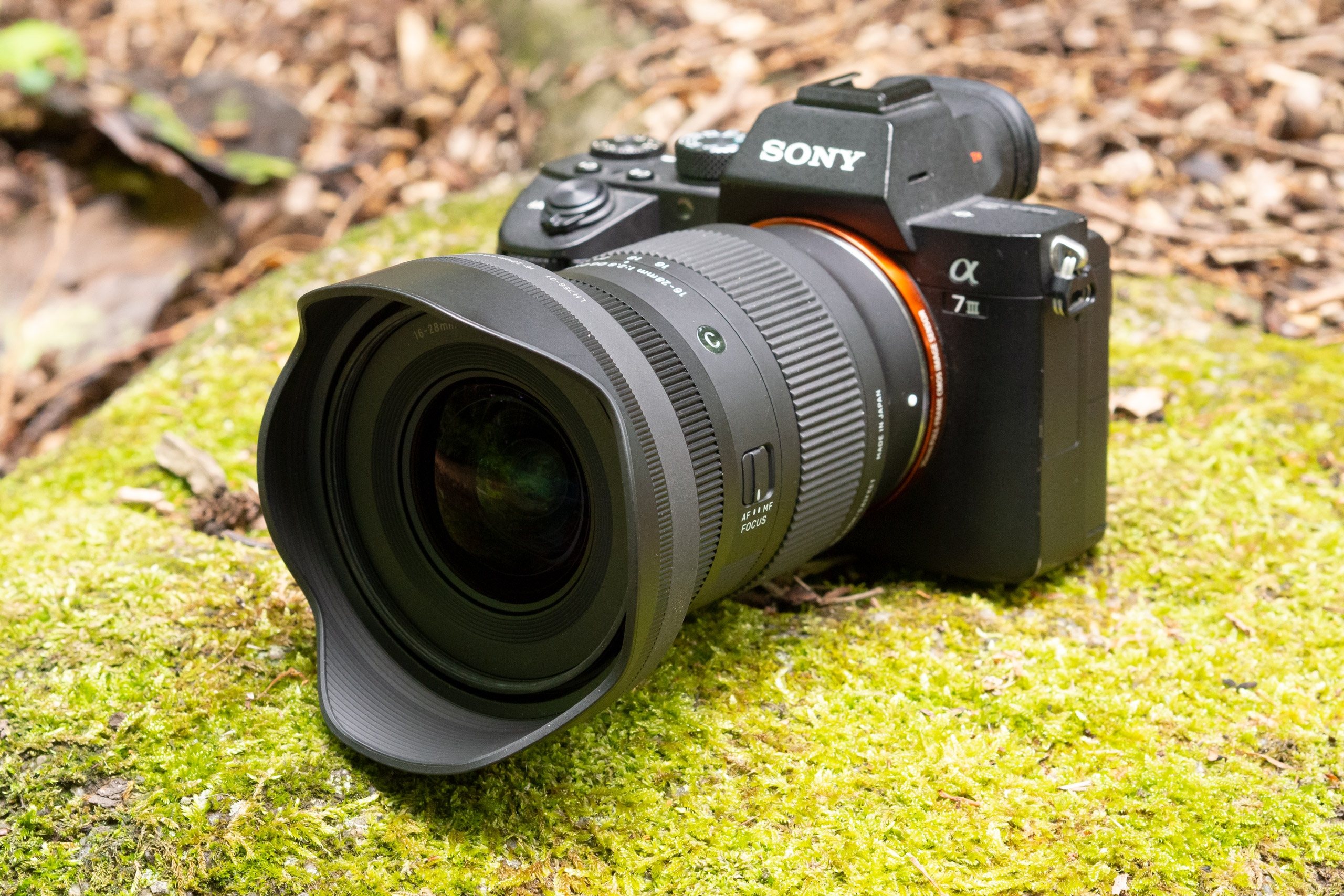 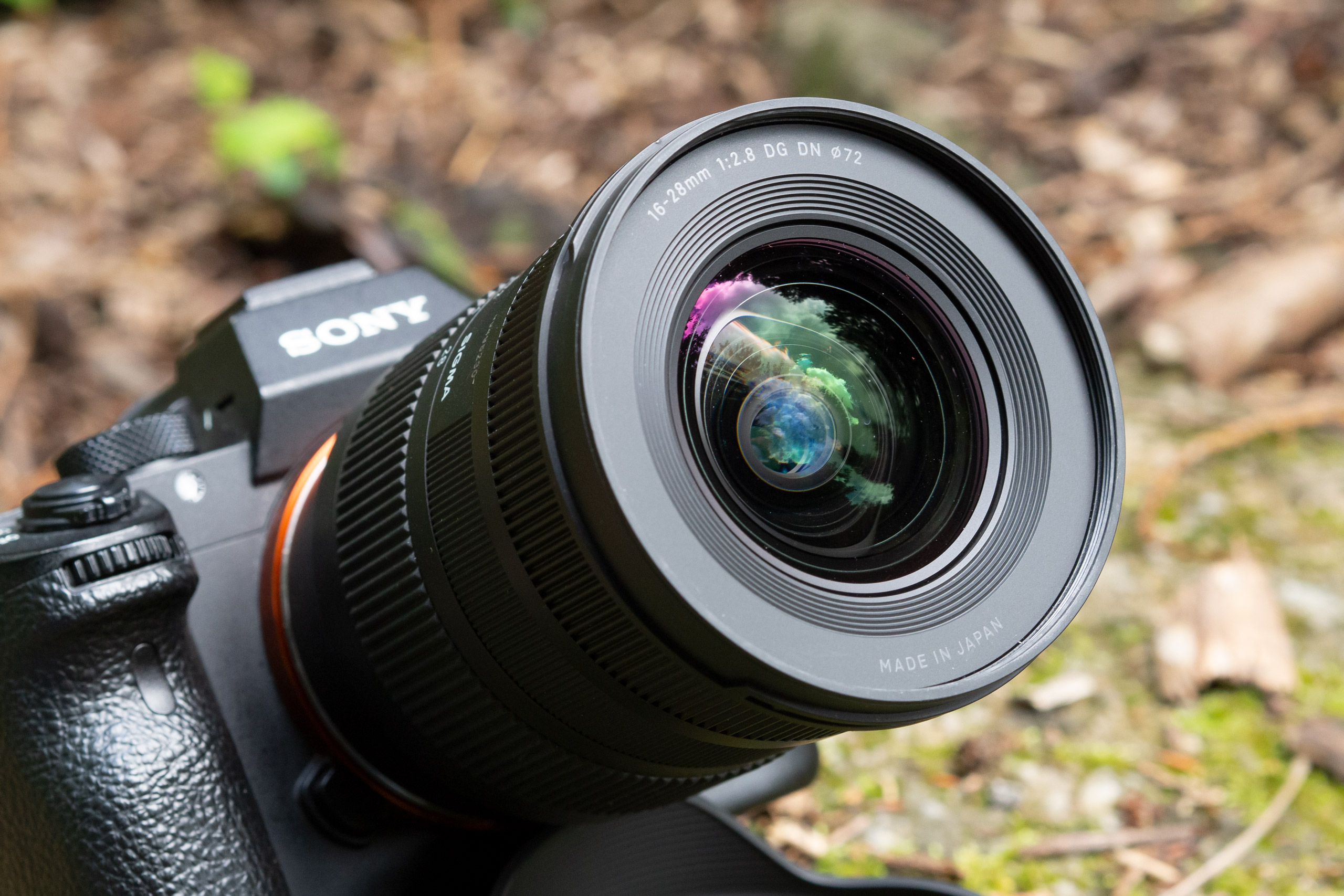 As part of Sigma’s mirrorless range, the lens is designed to utilise the “advanced digital correction” built-in to modern mirrorless cameras – this lets Sigma design a more compact lens than would normally be possible.

The filter thread can be found at the front of the lens and you can fit 72mm filters here. 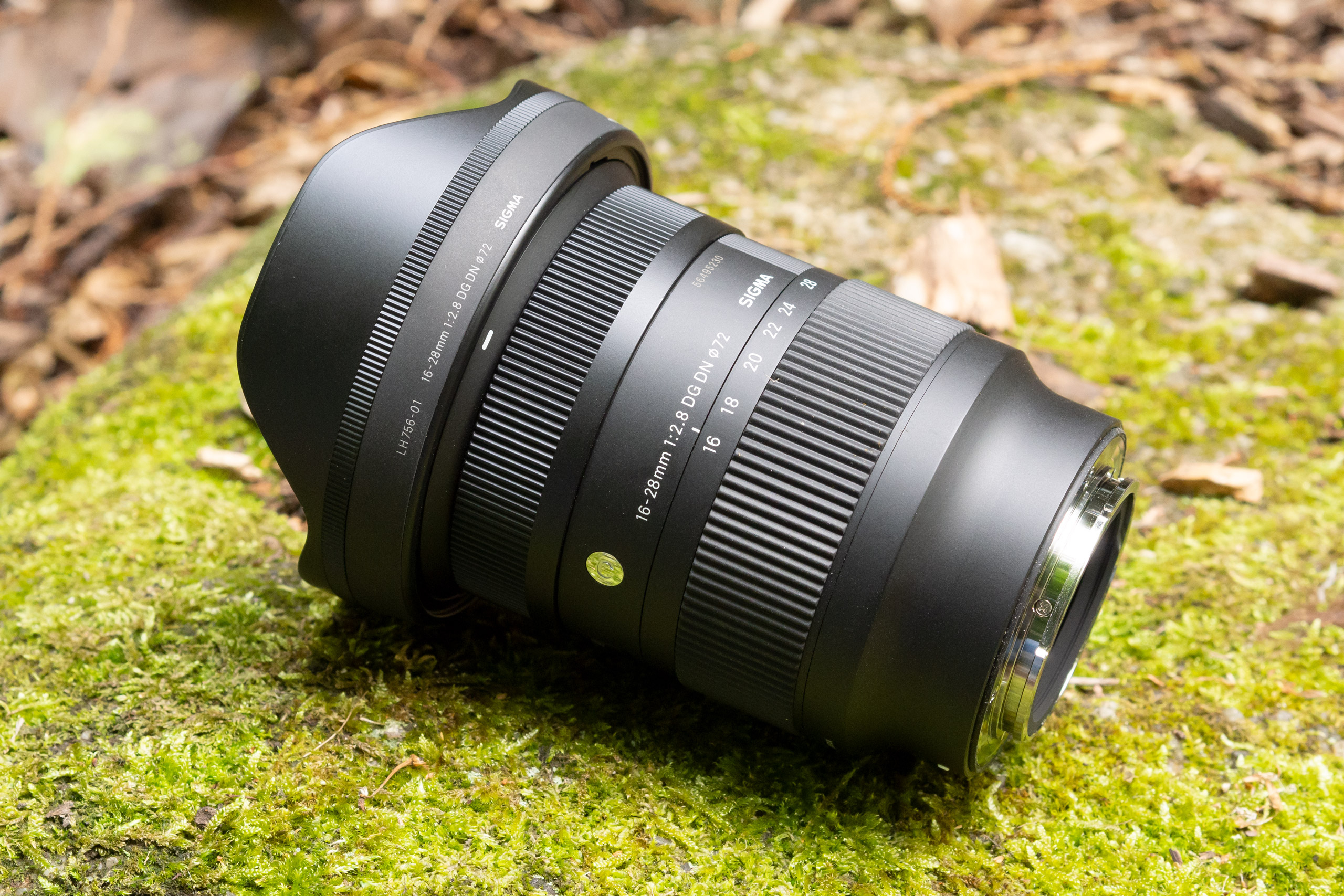 A petal shaped lens hood is provided in the box, and this reverses for storage. If you do use it reversed it will block the focus ring, but not the zoom ring.

The lens offers an internal zoom meaning the lens doesn’t extend or retract when zooming in or out. Sigma say this means the weight of the lens stays relatively central, making it suitable for use with gimbals.

In terms of controls, there is the focus ring, a zoom ring, and a switch to between AF (Autofocus) and MF (Manual focus). There’s no aperture ring to be found, leaving this to be controlled by the camera. 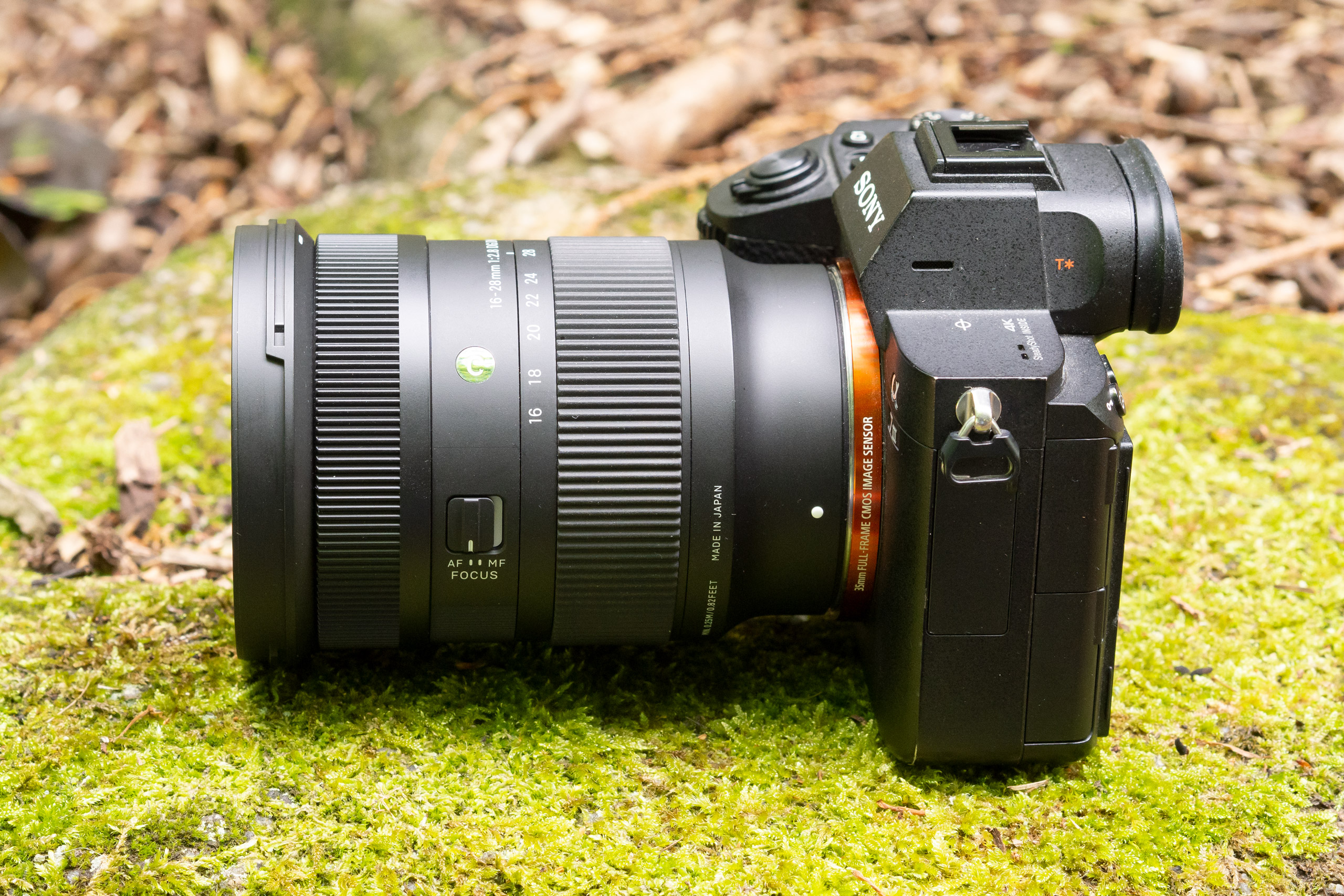 The lens construction is made up of 16 elements in 11 groups, with 4 aspherical elements, and 5 FLD glass elements, designed to suppress lateral and vertical chromatic aberrations. There are 9 aperture blades, and this will give you sun-stars or star-points with 18 points, with the lens stopped down.

With a minimum focus distance of 25cm you can get close to your subject, and make the most of the F2.8 maximum aperture available. 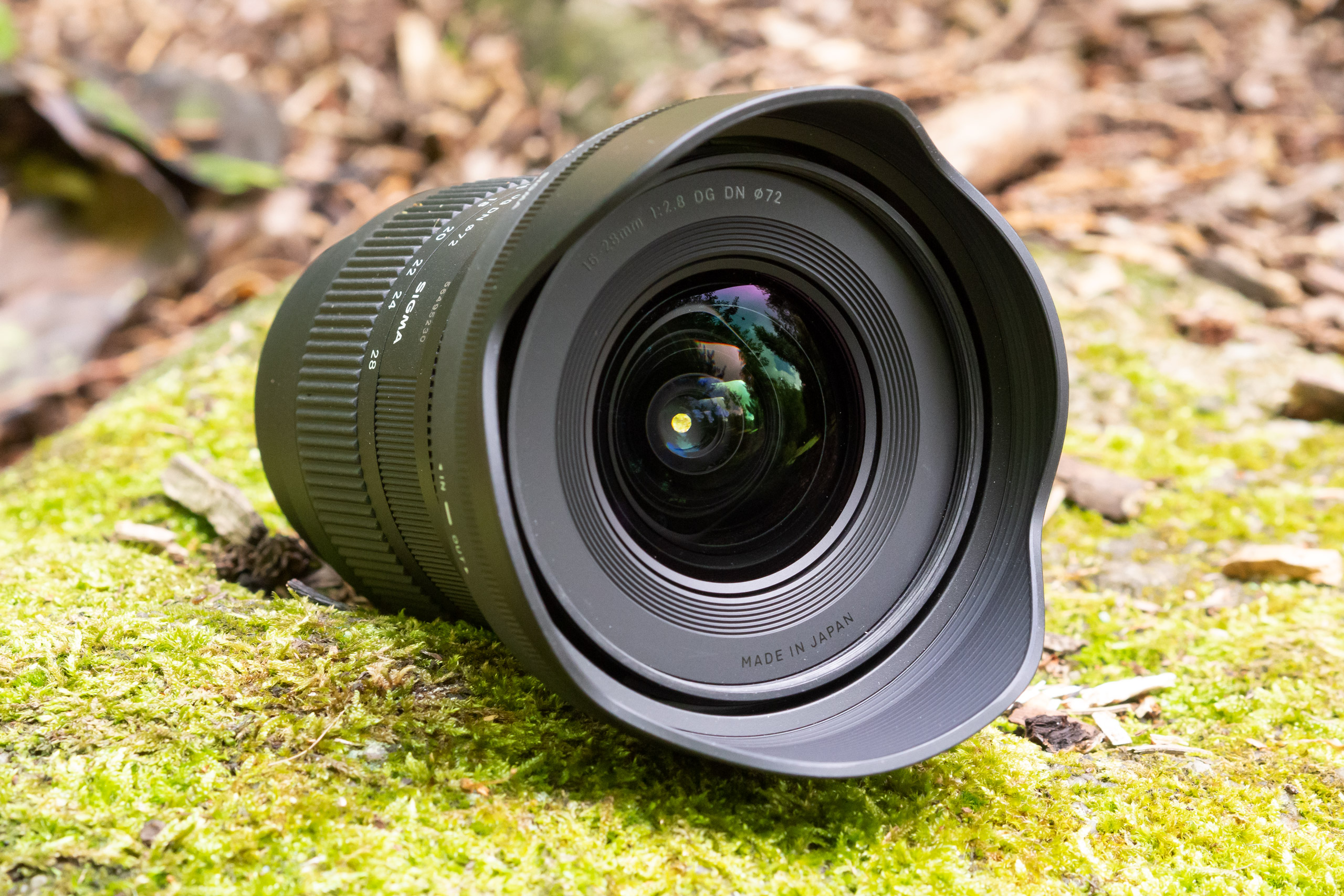 There’s a “Super Multi-Layer Coating” and the lens has been designed to reduce ghosting and lens flare, so that it can deliver high contrast results even when shooting in backlit conditions, however, we’ll put this to the test later. 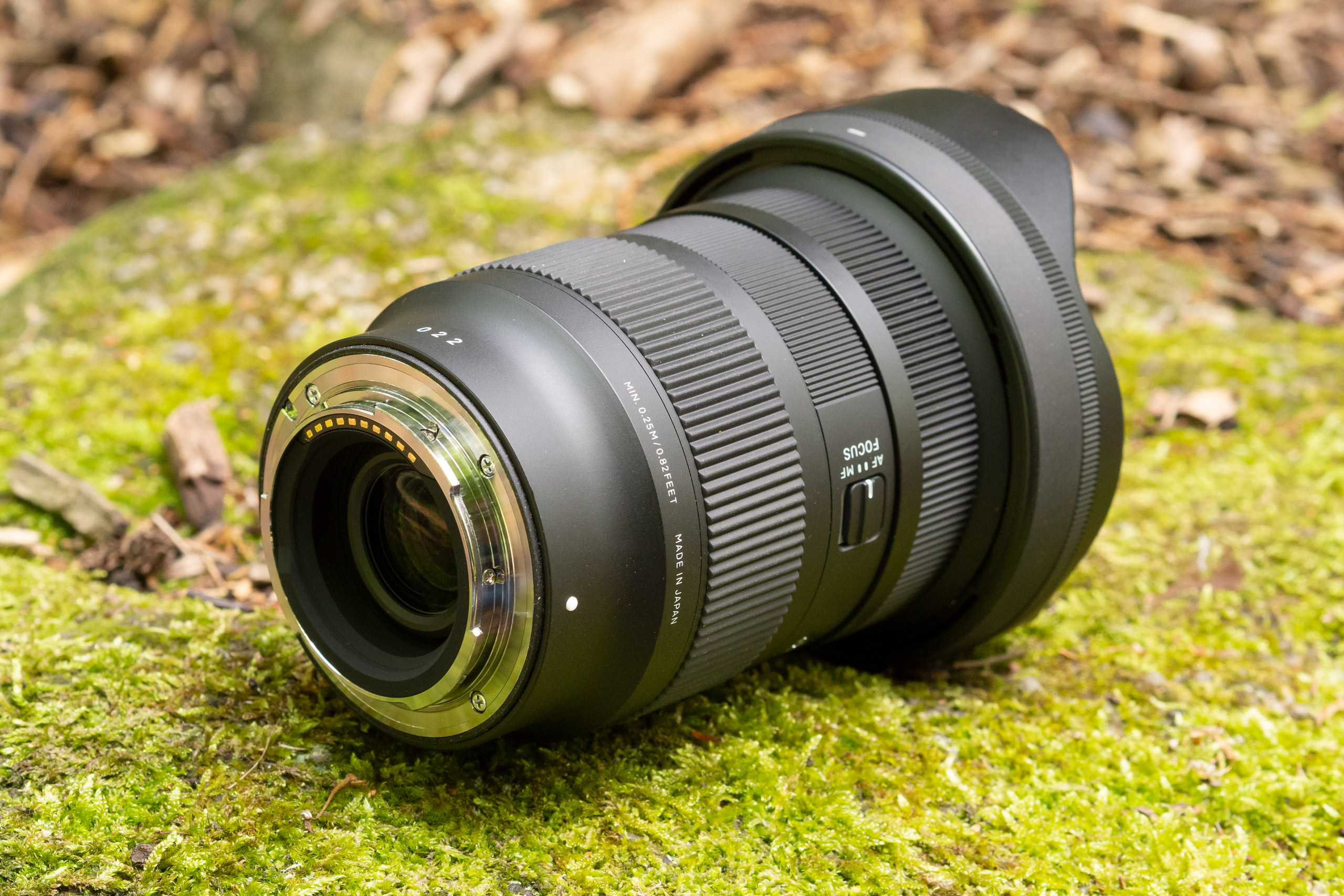 There’s a rubber gasket at the rear of the lens, however, the rear element of the lens moves as the lens is zoomed in and out, and as this is not sealed, it’s possible that dust could be sucked into the lens if used in dusty environments, or left off the camera with the lens cap in place.

The lens is constructed using lightweight materials including aluminium and polycarbonates (Thermally Stable Composite), with specific attention made to the thermal contraction rates, so that both the metal and plastic parts contract and expand to similar degrees. This means that when the lens is used in different temperatures it doesn’t cause any issues. 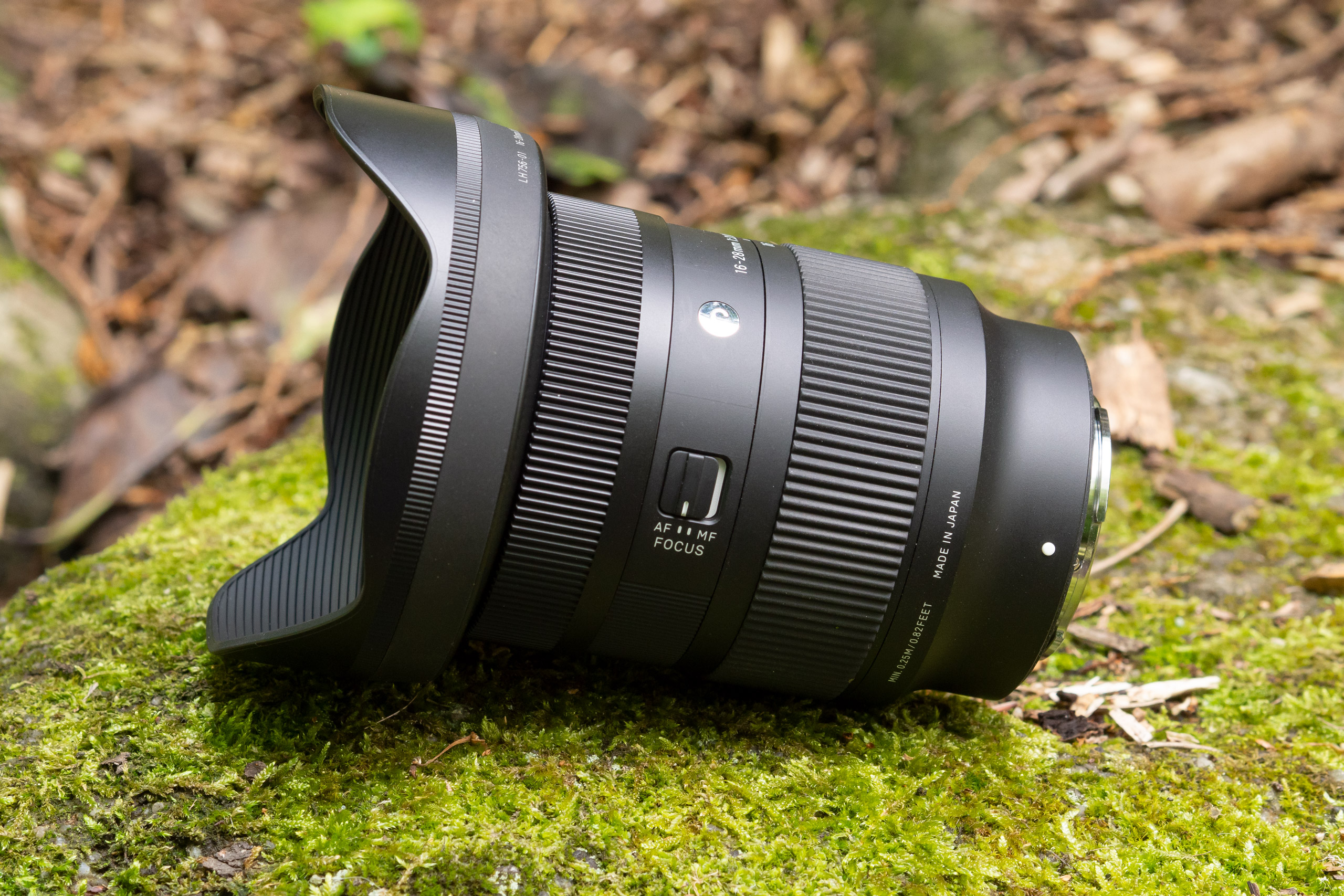 A stepping motor controls the autofocus actuator and Sigma say this gives fast and silent AF. In my testing I found that the focus was particularly quiet, as I was only able to hear the motors with the lens about 1cm away from my ear before I could hear the AF motors. (depending on your environments background noise levels). The focus also performed well when it came to taking photos, with consistent focus results shot after shot. 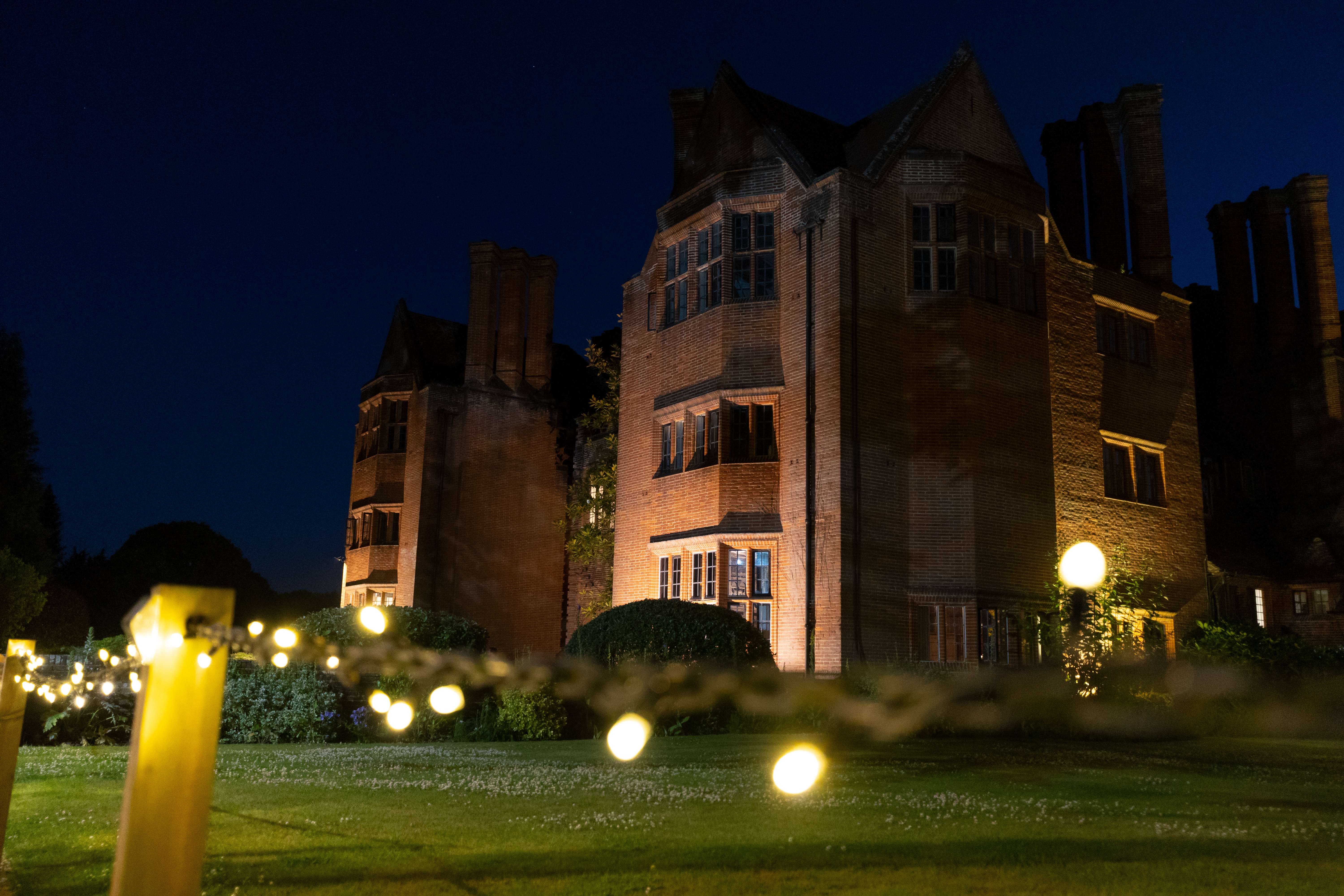 With a 25cm close focus distance you can get relatively close to your subject, and this gives a pleasing level of bokeh (background blur) but as this lens is an ultra-wide-angle zoom lens, having smooth and pleasant bokeh is a nice thing to have, rather than essential.

Images are sharp and detailed across the frame, even when shooting wide-open at F2.8, and at 16mm, with similarly impressive results when zoomed in to 28mm. In fact, it doesn’t matter what level of zoom you use, as the lens delivers sharp results throughout the zoom range. If you are pixel-peeping it’s possible to see slightly softer detail towards the corners of the frame, but stopping down improves detail here. 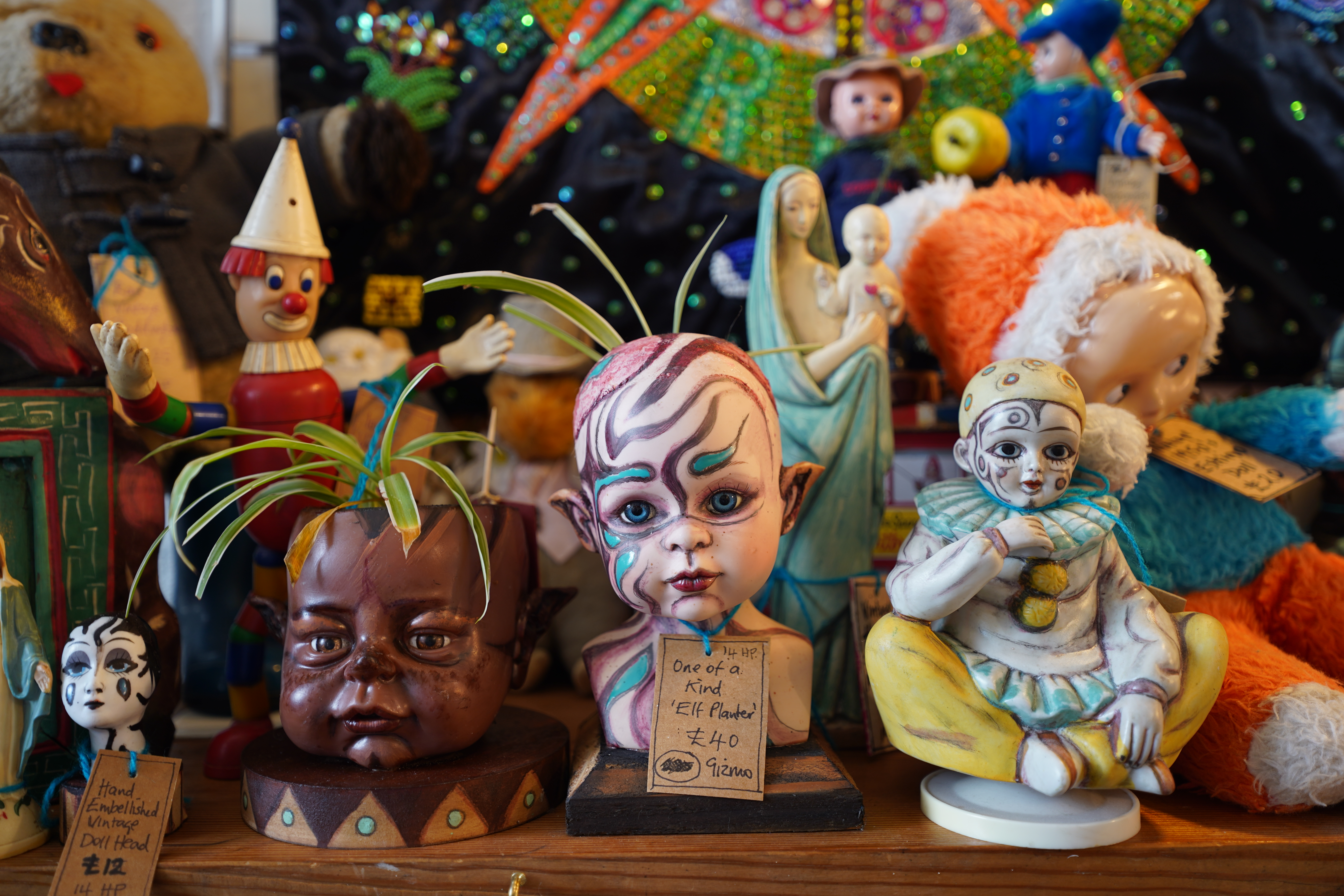 If you do view the raw files without correction, you’ll be able to see quite noticeable barrel distortion at 16mm, and pincushion distortion at 28mm, but this lens is designed to be used without you seeing the raw, uncorrected images, so this will be a ‘non-issue’ for the majority of people. If you are looking for perfect images, uncorrected, then you’ll need to look elsewhere. 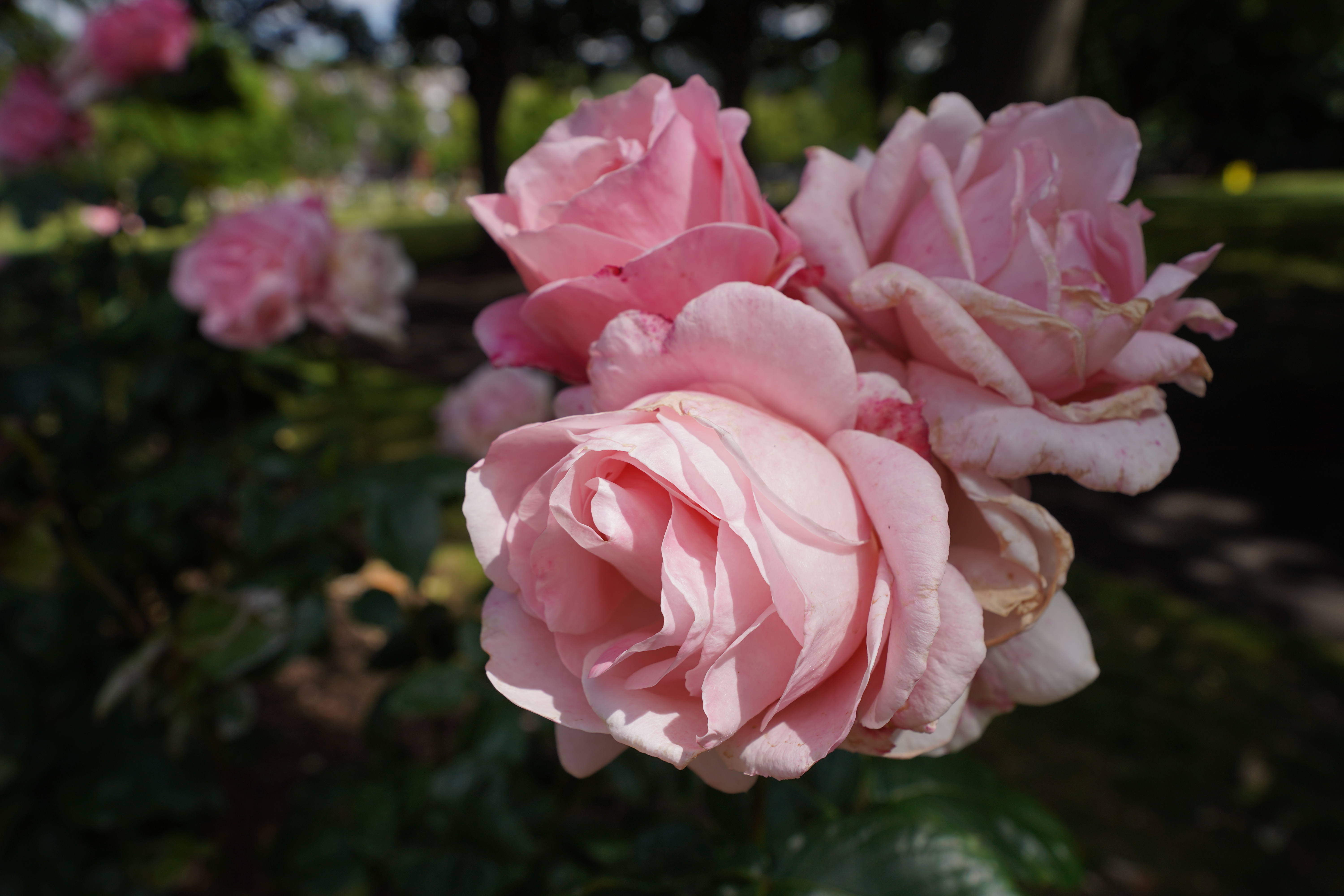 Even when looking at raw, uncorrected files, it’s difficult to find signs of vignetting or darkened corners, with the lens performing extremely admirably in this area.

With chromatic aberration correction switched on in-camera, there are no issues to report, and even when viewing uncorrected raw images, there is littler to report, unless you zoom to 150% and beyond, and then some purple fringing is visible (towards the corners of the frame). But as this is easily fixed in software, and automatically fixed in JPEGs, this is of minimal concern. 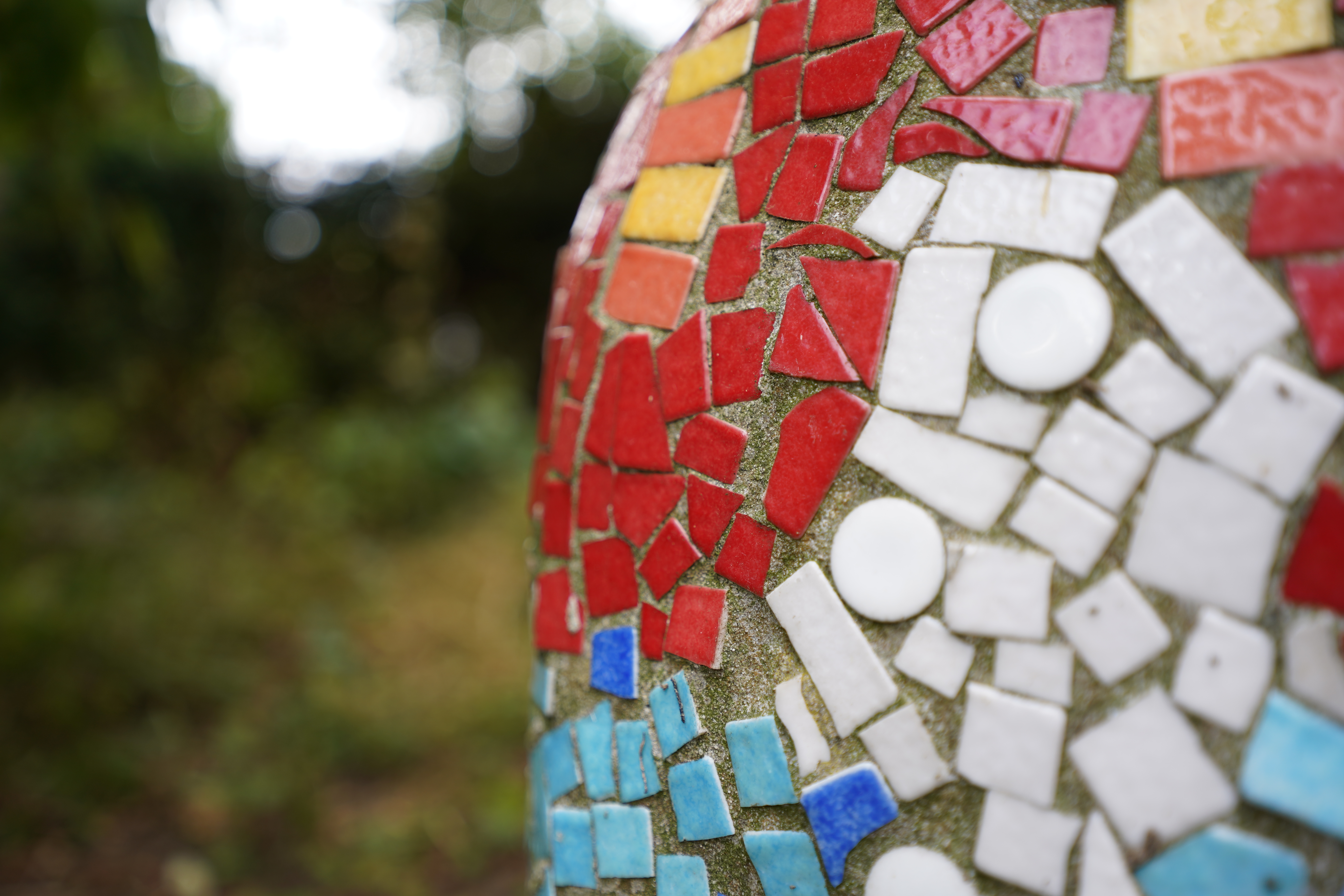 Bokeh is generally quite smooth, although we have seen smoother out-of-focus areas, and of course, much worse than produced by this lens. As an ultra-wide-angle isn’t particularly designed for the type of photography where bokeh and background blur is essential, this is something of a nice to have rather than a must have feature, so it’s good to know that background blur is relatively pleasing. Although, of course, this also partly depends on what’s in your background, as to how good it will look. 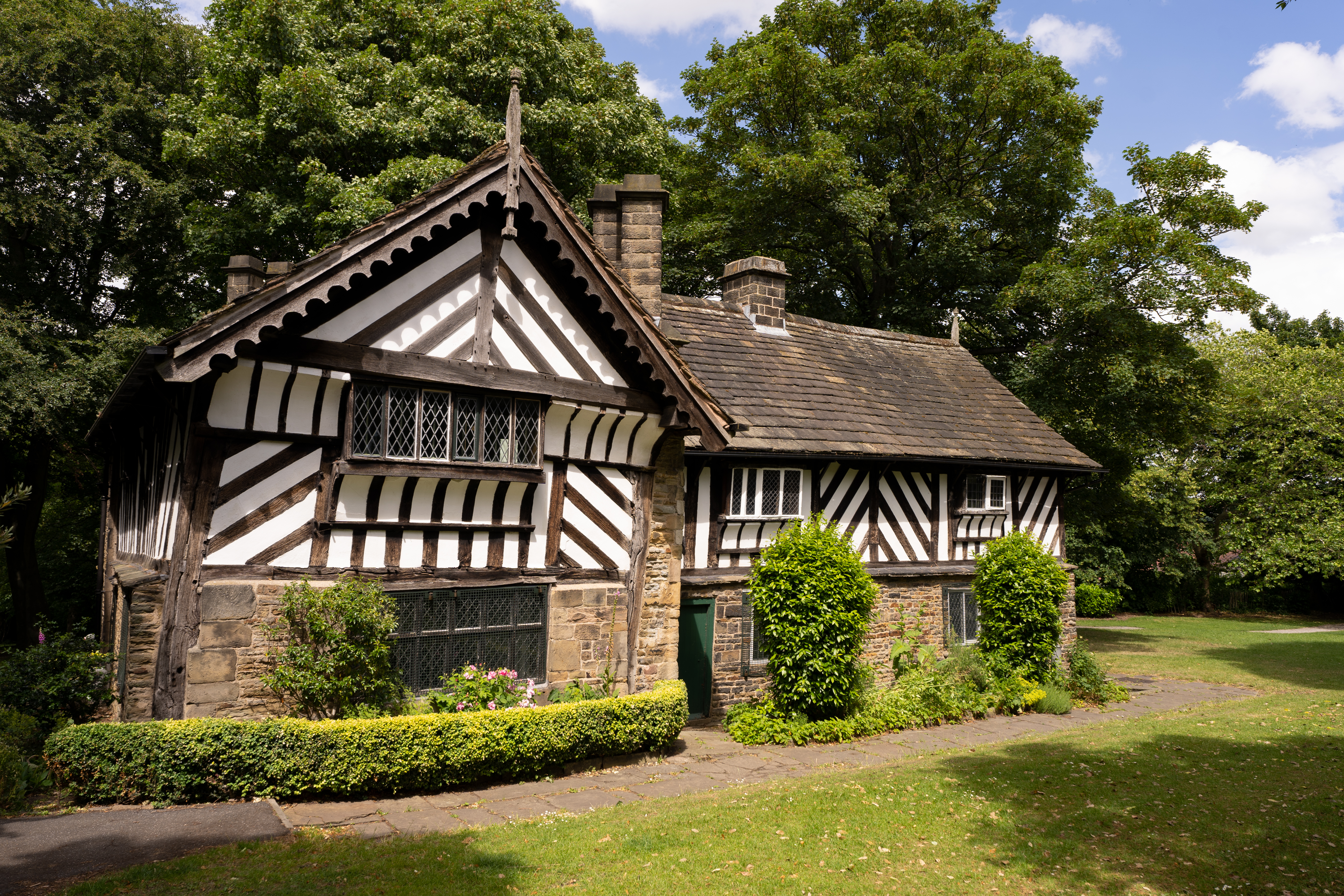 One area where we did find some cause for concern, was under some situations, where a bright light source was in the frame, such as the sun, it was relatively easy to introduce flare, which could be quite difficult to correct in post-processing, due to the rainbow like appearance to some of the flare. On one occasion there was a loss of contrast due to flare, but this could be more easily corrected. 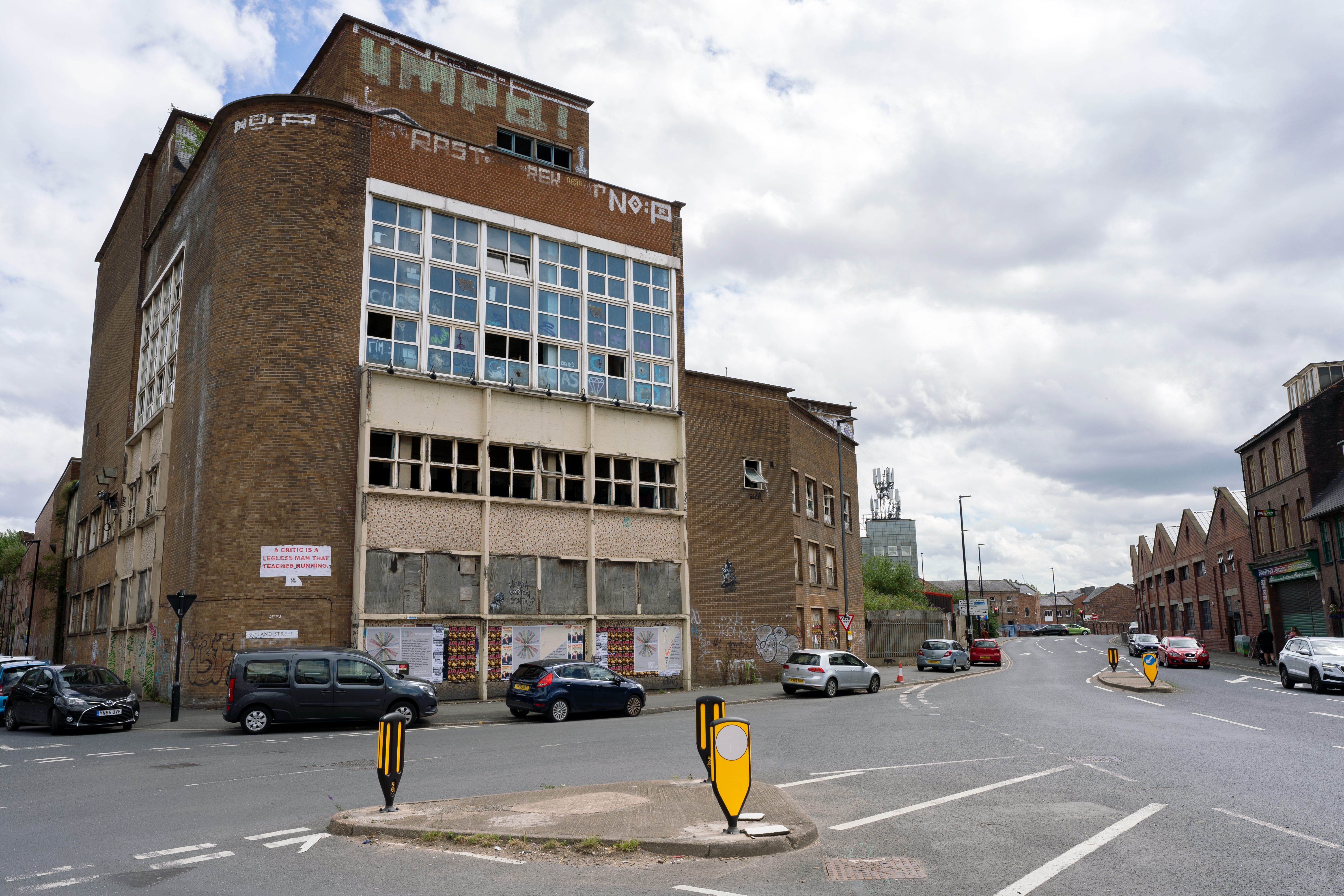 Sigma’s ability to design a compact and affordable lens that delivers great images is a testament to how a lens manufacturer can work with mirrorless camera’s digital image correction (for distortion, vignetting, chromatic aberration etc) to give us new options when choosing lenses. 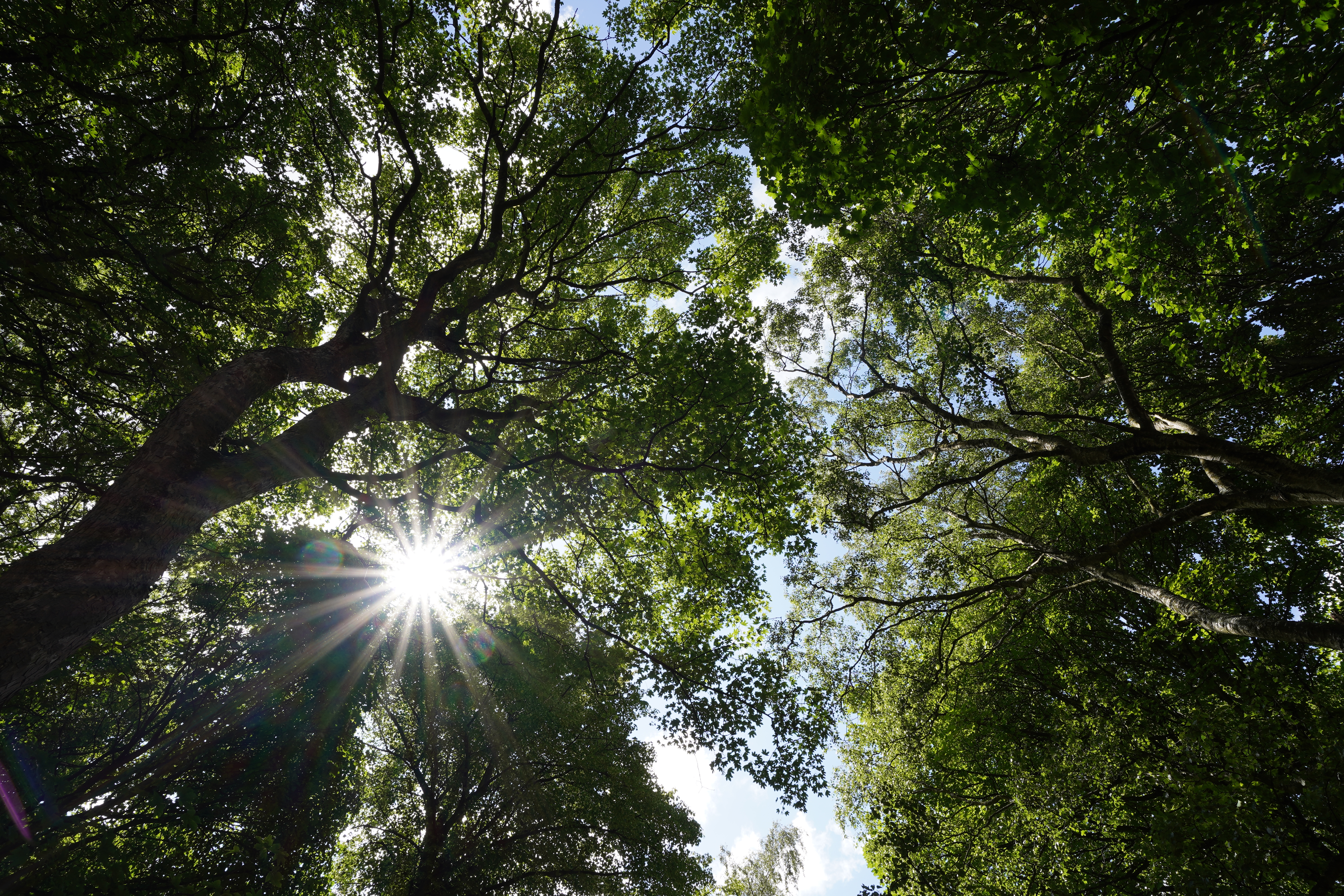 With a modern setup, you don’t even need to think about manually applying lens correction, as this is automatically built-in to the profile and with the latest version of Photoshop or Adobe Camera Raw all of this is taken care of for you.

The Sigma 16-28mm F2.8 DG DN C makes it clear that you can get a great lens, with impressive results, without having to spend over £1000, and for those in the market for an ultra-wide zoom lens, the 16-28mm DG DN C is highly recommended. 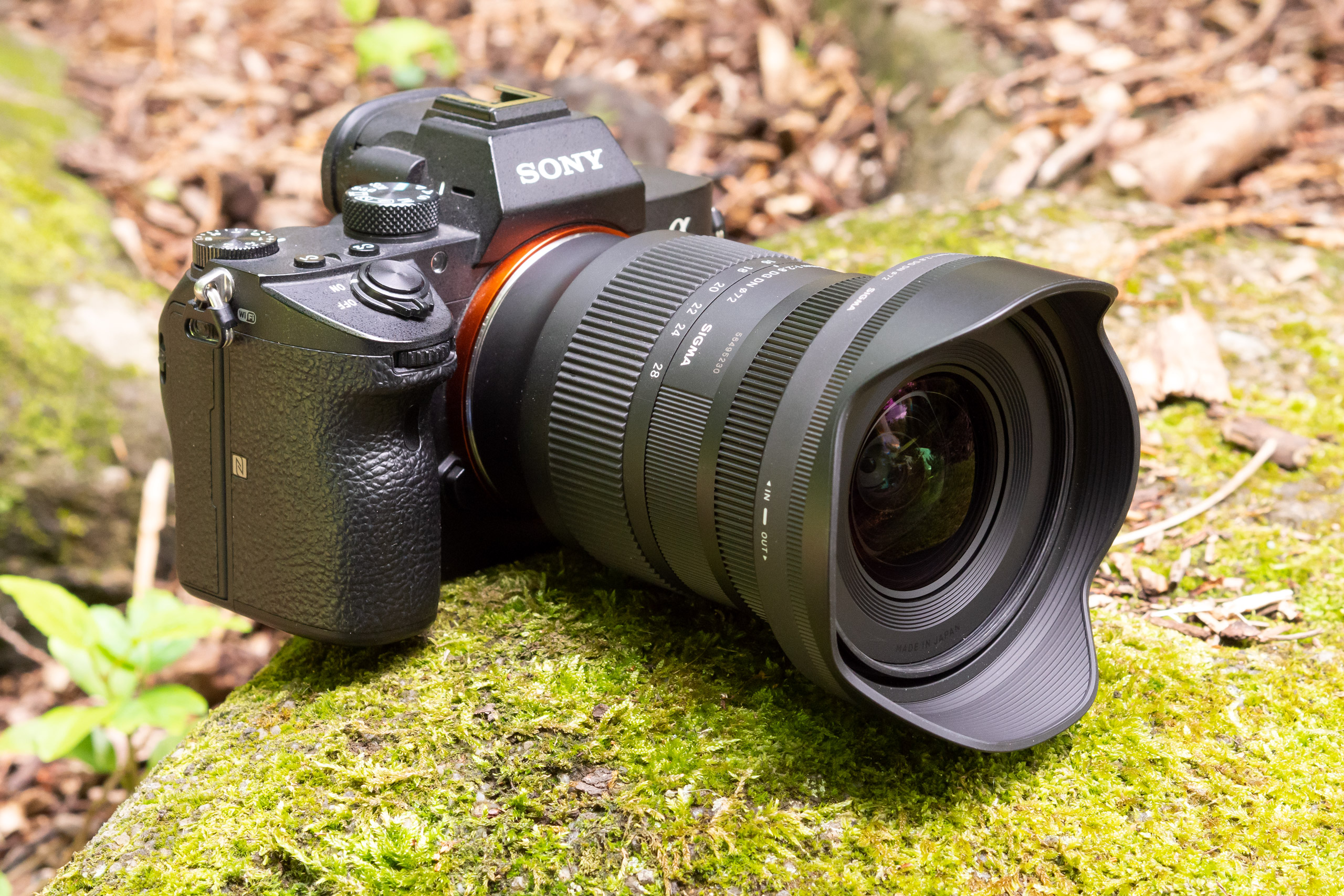