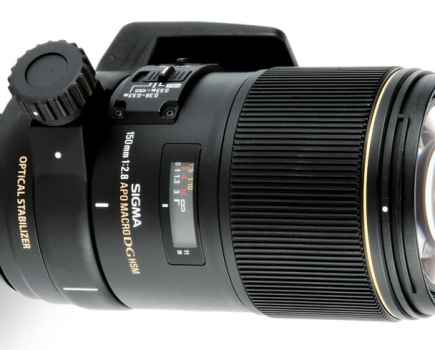 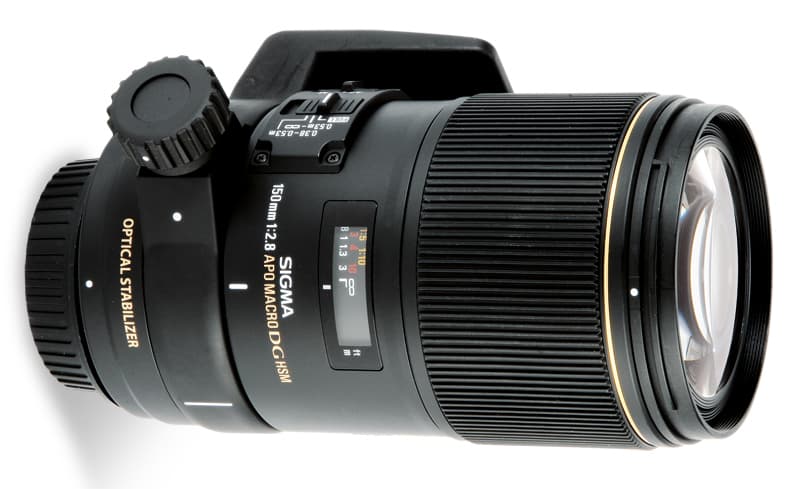 Of course, for such a lens to be considered a true macro, it must reproduce its subject at life size (1:1) on the sensor, regardless of the sensor size.

Macro lenses come in various focal lengths, usually from 50mm upwards, but the focal length is important because, the shorter it is, the closer the subject must be to reach full 1:1 magnification. When you use shorter lenses, the subject can become shaded by the lens barrel and potentially be scared away if it is an animal. A longer macro focal length, such as the 150mm, is preferred by nature photographers as it allows them to keep some distance from their subject.

Sigma’s 150mm macro lens was first released in 2004. It is the longest of the four true macro lenses in the Sigma range, comprising a 50mm, 70mm and 105mm, all with f/2.8 apertures. This update is one of several that have been implemented to the range to add stabilisation and the latest glass coatings, both of which should improve the overall performance of the lens. However, with the original version of the 150mm macro often selling for less than £600, the initial selling price of £999.99 for the latest version may seem a little steep.

Although only 45mm longer than the popular 105mm macro (which has also been updated in recent years), the 150mm is much larger. This is due in part to the removable mount collar, which allows a more even balance point for tripod use, and the lens is lengthened further by the substantial full-sized lens hood.

The finish is a smooth matt black, which gives the lens a premium feel that is finished off with the signature gold ring around the end of the barrel. The focus ring sits at the front of the lens and is nice and wide, with a smooth action and plenty of resistance to ensure accurate adjustment. This is important here, as the lens will often be used with manual focus. Just a half turn takes the lens from minimum focus to infinity, which sounds quite short but this feels the right balance between accuracy and speed.

The focus window sits behind the focus ring and gives measurements in feet, metres and magnification ratio, which is useful for technical work. Autofocus can be limited to above or below 53cm on a side switch, while a manual override is always available in autofocus. Optical stabilisation comes with two settings for full stabilisation (mode 1) or vertical-only stabilisation (mode 2) to allow for panning and claims a 4EV benefit.

The lens is specified by Sigma as DG rather than DC, which means that, although it is optimised for digital cameras, it is not limited to purely APS-C-sized sensors and is suitable for full-frame models. Internally, the lens is constructed of 19 elements in 13 groups, three of which are Special Low Dispersion (SLD) elements, while both front and rear elements feature a Super-Multi Layer coating to reduce flare and ghosting. The front element has a regular 72mm filter thread.

The maximum aperture is f/2.8 with a minimum of f/22, although the effective aperture varies according to the focal distance, reducing the aperture by as much as 2 stops at the maximum 1:1 magnification to give an f/5.6-f/45 range. Focusing is internal and uses a Hyper Sonic Motor (HSM) for fast and quiet operation.

We tested a Nikon-mount version of the Sigma 150mm f/2.8. Using an internal motor means it is suitable for all Nikon DSLR models. The lens is also available in Canon and Sigma mounts.

Image: This macro shot at full 1:1 ratio shows the shallow depth of field even with an effective f/5.6 aperture

The longer than average focal length and a weight of over 1.1kg make the Sigma 150mm f/2.8 difficult to use handheld, so the stabilisation is much needed – despite the fact that this seems to have helped increase the weight from the 895g of the previous model.

With full stabilisation active I was able to produce sharp images at shutter speeds as low as 1/15sec, although keeping above 1/60sec is advisable. I also found that removing the collar for handheld work reduced the weight and made steadying the lens easier.

Focusing is relatively rapid and near silent thanks to the HSM system, but the lens sometimes hunts forward and back briefly when making larger changes to the focal distance, although the focus distance limiter switch will reduce this. Manual focusing is accurate and quick to use, especially in combination with the AF to fine-tune your focus point.

As with all macro lenses, the Sigma 150mm f/2.8 is best mounted on a tripod to give it a steady platform and attempt to quell the minute movements that appear so severe at large magnification. The reduction in effective aperture for close-up work really limits the amount of light reaching the sensor, so unless you have bright studio conditions or are working with a fully open aperture, shutter speeds can be quite slow.

The depth of field produced by macro lenses is always very shallow, especially with a longer focal length such as the 150mm. Even with a mid-aperture and a longer focal length, the fall-off in sharpness is pronounced but very pleasant. This makes it a great close portrait lens, too, at least for full-frame sensors.

On cameras with APS-C-sized sensors the 225mm+ equivalent field of view is a fairly serious focal length, but arguably even better for those easily spooked garden insects.

There is no doubting the sharpness of this lens, as it reproduces a stunning level of detail that is otherwise difficult to see by eye.

The sharpness, although good throughout, peaks between f/8 and f/16, with little loss as you open the lens up fully – so long as you get your focusing spot on. As the aperture reaches its minimum, the sharpness drops a little more and is best kept to a minimum of f/16 or an effective f/32.

Image: The lens is handy for close portraits, as it gives really pleasant defocused backgrounds