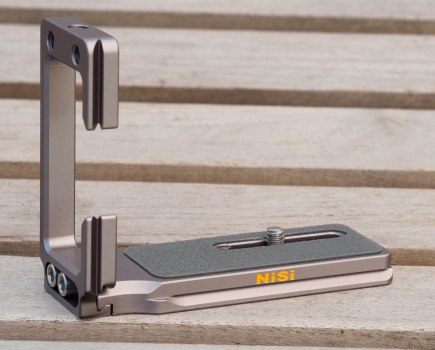 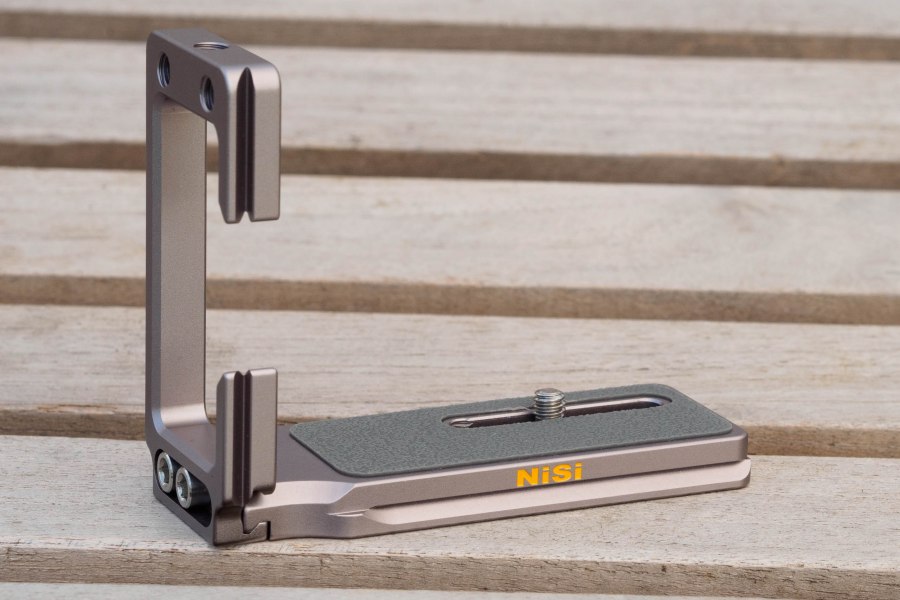 If you regularly use a tripod, you’ll know that most tripod heads rotate the camera off to one side when shooting in portrait format. That’s fine with lightweight loads, but with heavy camera and lens combinations it can be a recipe for instability. L-brackets aim to solve this problem by allowing the camera to be fixed directly above the centre column for portrait-format shooting. However, many are matched to a specific camera model which makes them expensive, while so-called ‘universal’ designs are rarely a perfect fit to any given camera. The NiSi Universal L Plate (or “NiSi Quick Release Universal Adjustable L Plate”, to give it its full name) addresses this problem in an unusual way, as it comes in four variants, called NLP-C, NLP-S, NLP-C(G) and NLP-S(G). 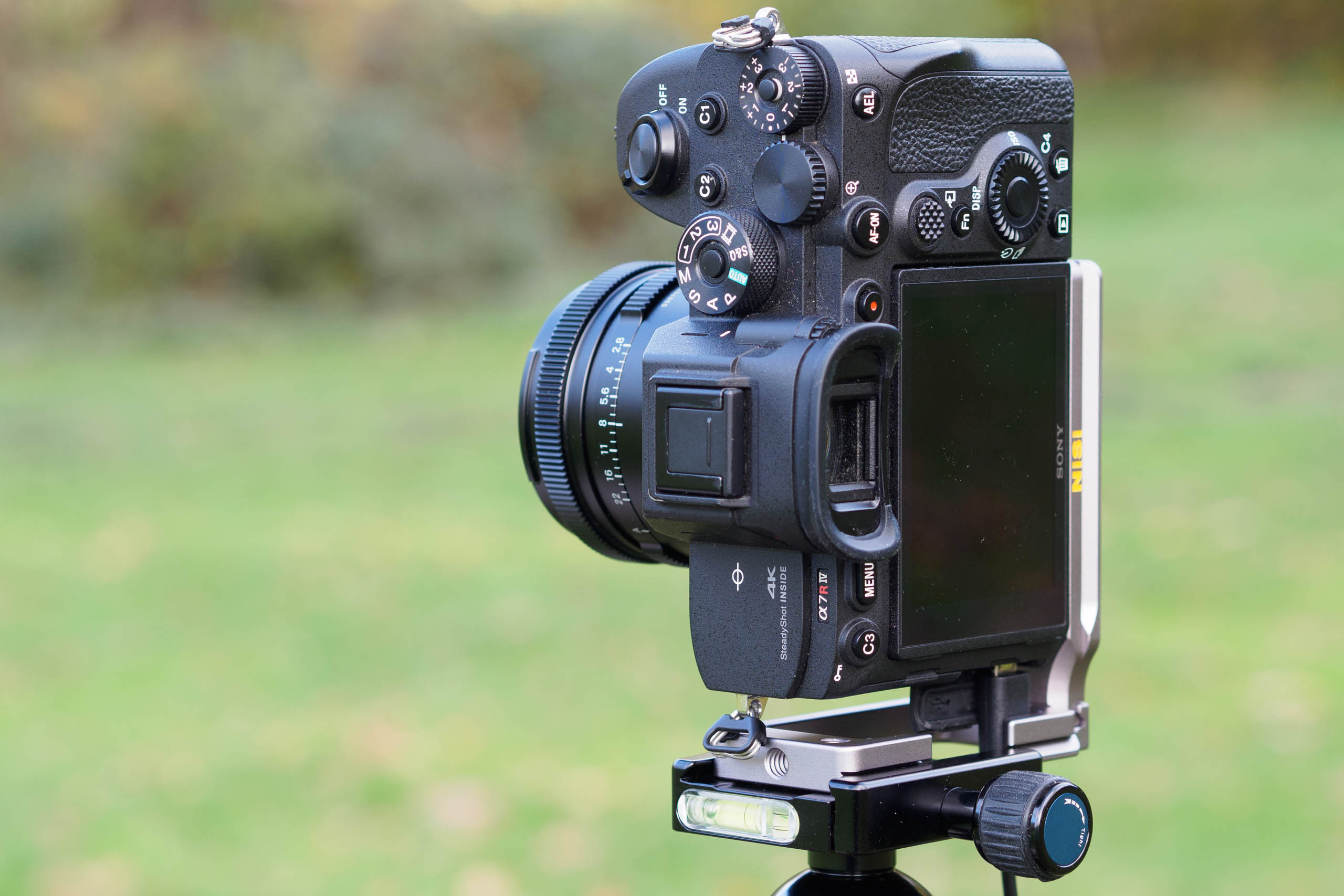 The NiSi Universal L Plate in use for portrait-format shooting with the Sony Alpha A7R IV. Image credit: Andy Westlake

All these versions fit standard Arca-Swiss type clamps and have a 4cm-long slot for the attachment screw, which allows it to slide sideways to suit different cameras. But on the ‘S’ versions this slot this is placed further forwards on the bracket, making it better matched to small mirrorless models with tripod sockets positioned towards the front of the body. Meanwhile, the (G) variants have a cut-out in the vertical bracket to accommodate side-hinged articulated screens. 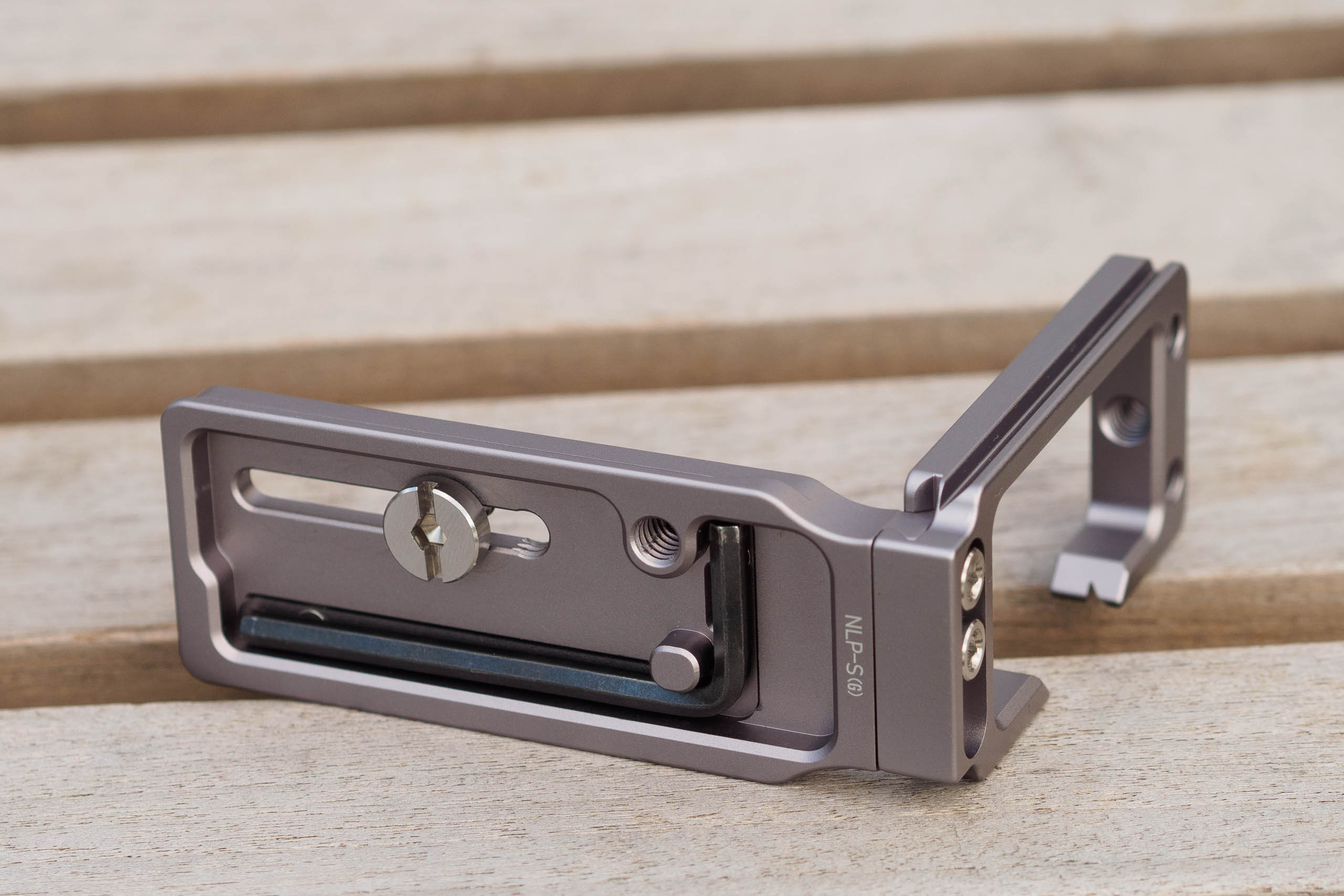 The supplied Allen key clips in place magnetically, but the tripod socket only has a very small surround. Image credit: Andy Westlake

Further adjustment is provided by the vertical bracket, which can slide fore and aft by about 1cm. This allows you to tweak its position to provide access to ports on the side of the camera; it’s then secured firmly in place by two bolts. The bracket is robustly made from aluminium alloy and comes in an attractive metallic grey finish. A textured grey rubberised grip covers most of the surface area that’s in contact with the camera.

I tested the NLP-S(G) variant with a number of cameras from Fujifilm, Olympus, Panasonic and Sony, and found that on the whole it works extremely well. In principle, you should be able to configure it so that it doesn’t block access to your camera battery or any crucial connector port. Tighten it up securely, and it’s pretty resistant to twisting. 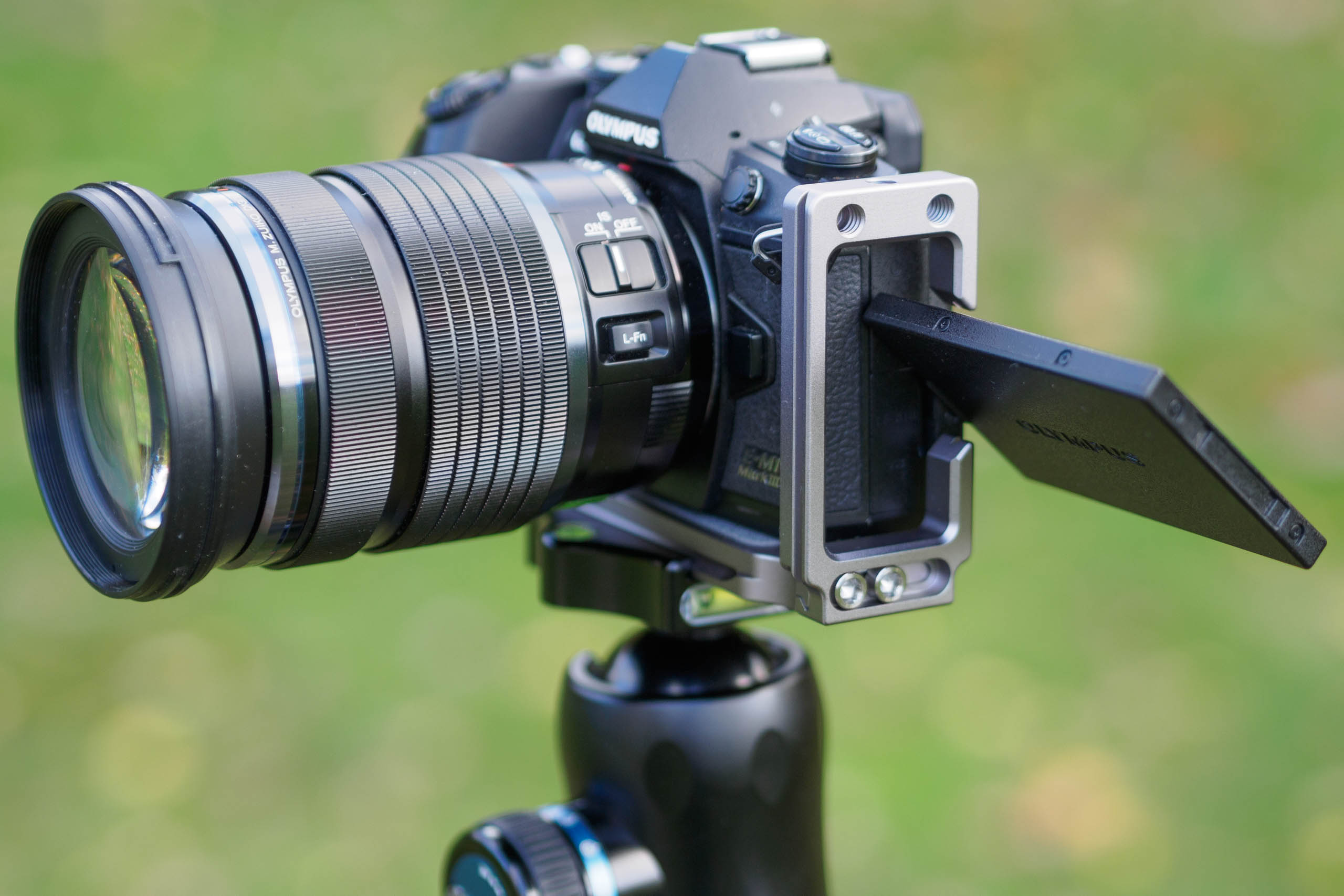 Impressively, the ‘G’ version of the NiSi Universal L Plate is probably the best designed L-bracket I’ve come across for cameras with fully articulating screens. It impedes their movement remarkably little, thanks to the angled cut-out in the vertical bracket, along with the ability to slide it forwards out of the way.

NiSi’s website includes a helpful listing of which Canon, Nikon, Sony and Fujifilm cameras are best suited to each variant. As a rule, most DSLRs take either the NLP-C, or the NLP-C(G) if they have a vari-angle screen. Mirrorless models generally use the NLP-S, or again, the NLP-S(G) for vari-angle LCDs.

NiSi’s Universal L plate is really cleverly designed and well-made, so that it should fit almost any camera, just as long as you choose the right version. As the icing on the cake, it’s cheaper than most alternatives from other mainstream brands.