Cons: - A daylight Spotlight mode would be good 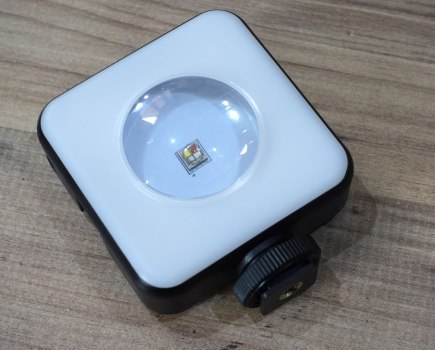 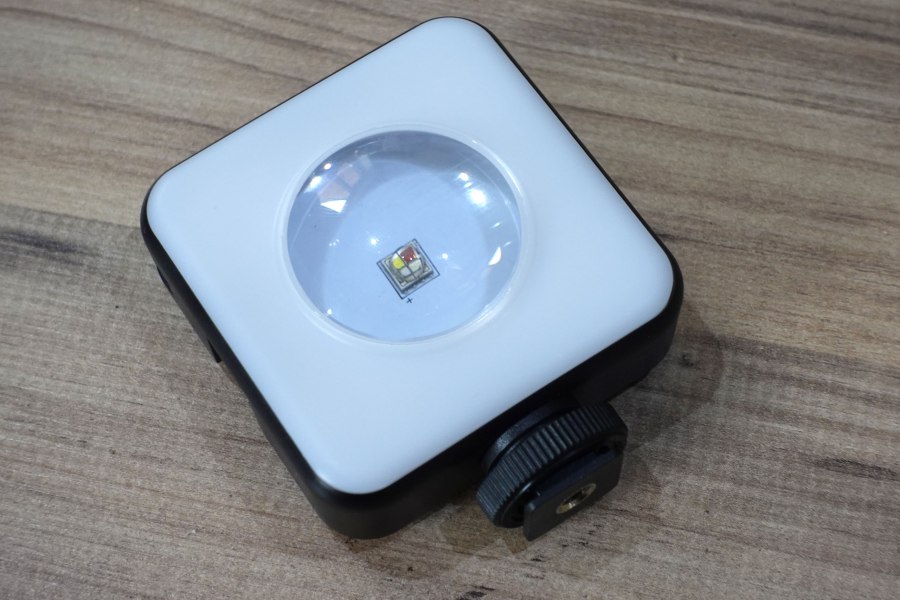 Cons: - A daylight Spotlight mode would be good

With a seemingly endless supply of small LED lights, it is great to come across one that offers something different and at an affordable price. The Newell Rangha Nano Sunset is two lights in one. First, it is a soft floodlight, which is possible thanks to four LEDs hidden behind diffusion panels in each corner of the light. This makes it useful as a hotshoe mounted fill-light or a small light for product photography or filmmaking. Secondly, it is a spotlight, using four RGBW LEDs in its centre that are placed behind a focusing lens to create a narrow circular beam. 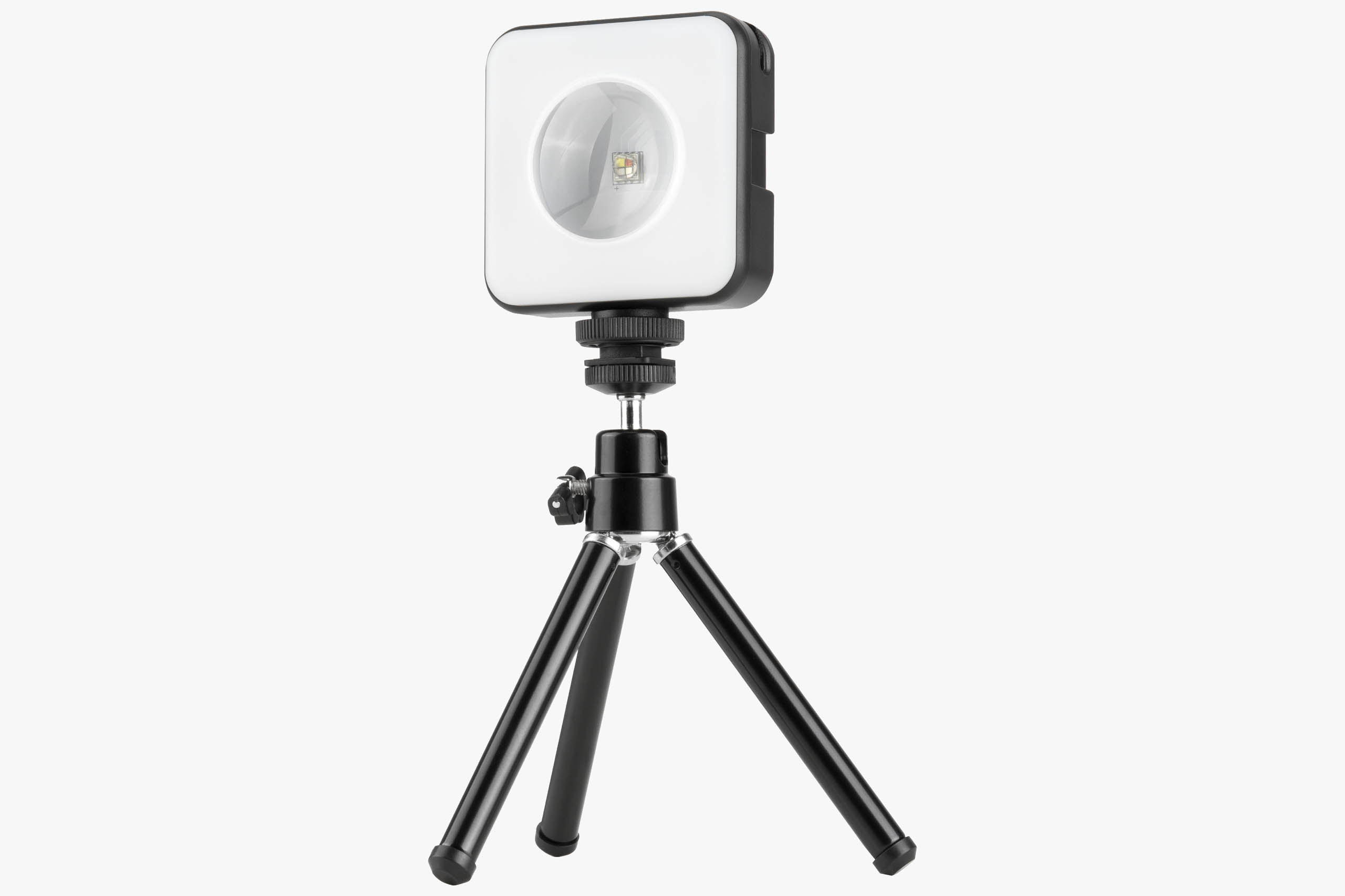 As a result of using a lens, there is refraction of the light around the edge of the circular beam, creating a graduated rainbow or sunset effect that gives the product its name. Using one of two toggle switches on the side, you can control the RGBW LEDs to change the colour of the spotlight whilst the second toggle switch adjusts the brightness. This allows you to create up to 360 different colours, each with a 1-100% brightness control, which is ideal for lighting backgrounds and objects.

It is customary for more expensive lights to use the ability to change colours to create various special effects for video, and it is great to see 20 such effects in the Rangha Nano Sunset. The usual police/emergency vehicle flashing blue and red lights and effects such as lightning, candlelight and even a red carpet-esque camera flash mode. None of the effects has the finesse of more premium lights, but at this price, it is a great value-added feature that will offer creative opportunities for those getting started.

The device has a built-in 2000mAh battery that charges via a USB-C socket to its reverse. It comes with a USB A to USB-C lead, but not with a USB power supply. This is a good thing as it keeps the cost down, and the last thing the planet needs right now is another USB power supply. 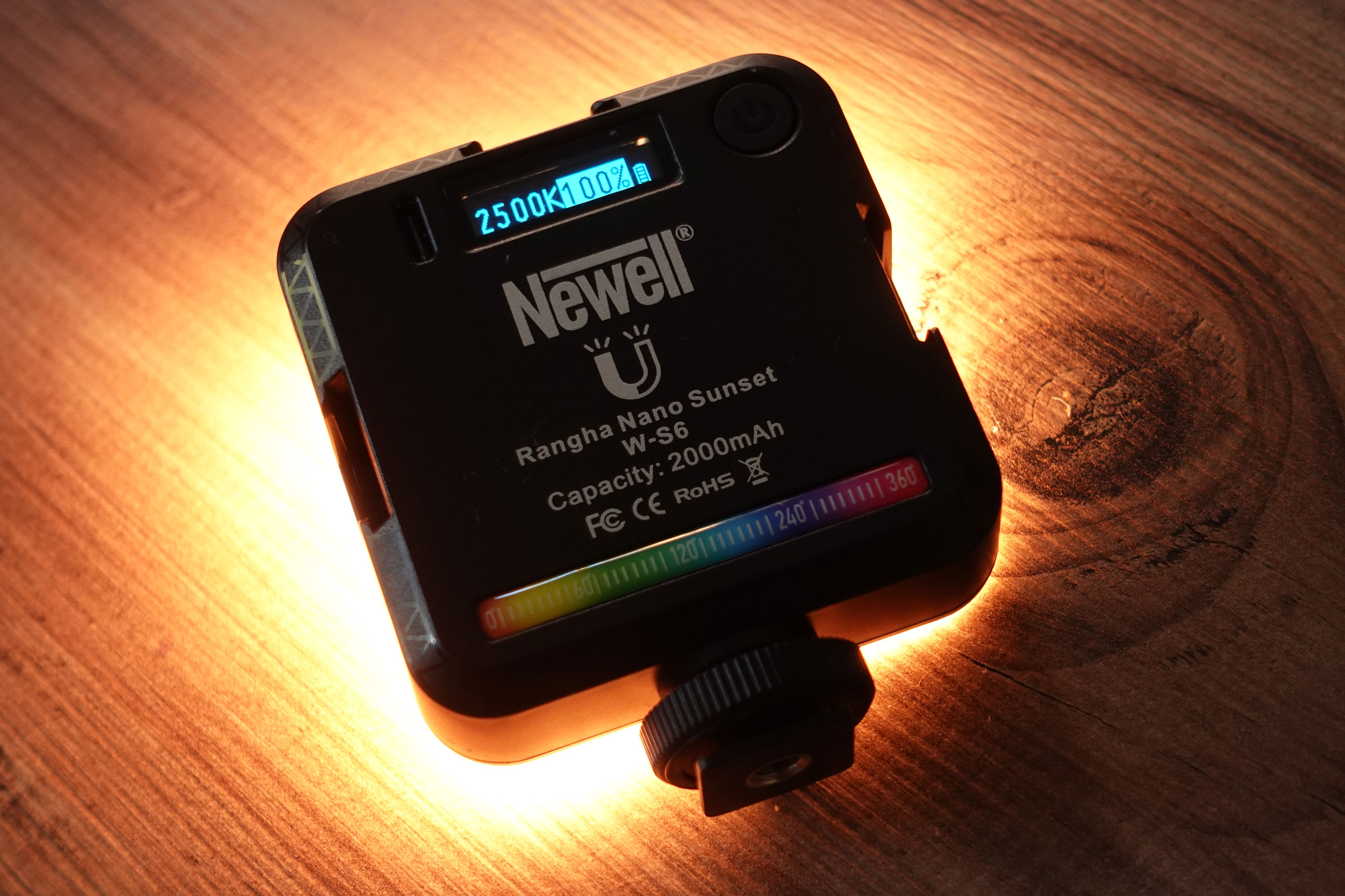 A small status panel on the back shows such things as colour temperature, brightness and battery charge. Image credit: Richard Sibley.

Mounting the light is easy, thanks to a hotshoe mount on the bottom, which includes a tripod thread. A small plastic tripod comes with the light, but I wouldn’t place any value on this as it is very cheap and of basic quality. Also included is a clamp to mount the light to a smartphone to act as a mobile fill light.

Three cold shoe mounting points on the light can link a series of the lights together. One clever trick is that the rear of the light is magnetic, so you can quickly attach it to a fridge, radiator, or something more practical like a car or lighting stand. It is a feature that most likely won’t be used much, but you’ll be grateful for that one time it does come in handy. 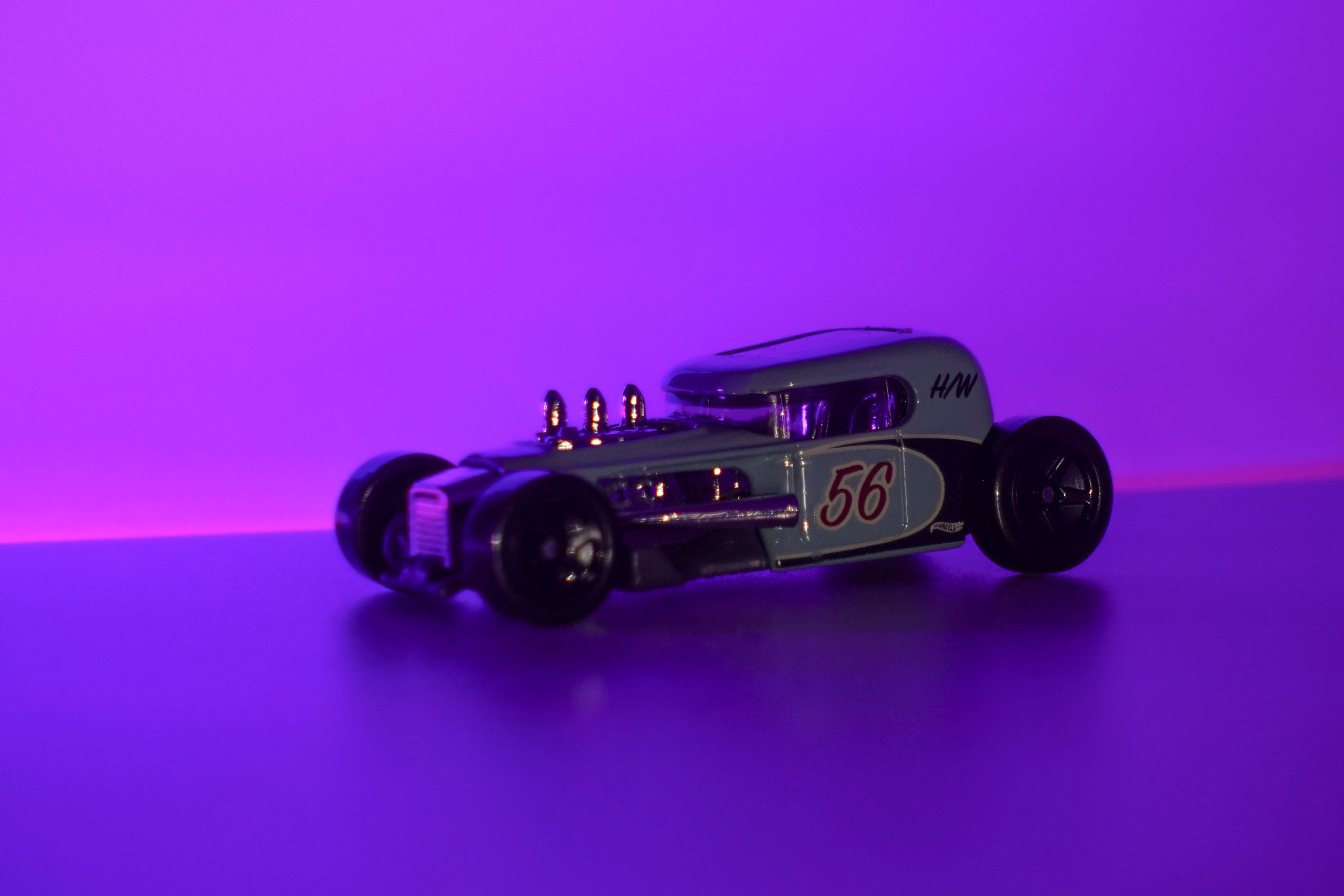 Using the light as a camera-mounted fill light works well, with it powerful enough to light a face entirely indoors, whilst outside it softens shadows nicely when using it at maximum power at arm’s length. It uses bicolour LEDs when in floodlight mode, which means you can adjust the colour temperature from 2500k to 9000k to match the ambient light or other lights you may be using.

The only other thing the light could do is act as a conventional spotlight, as well as the colour RGB spotlight.

At a reasonable price of £55, the Newell Rangha Nano Sunset is a valuable tool that is handy to have in your camera bag. As a small floodlight, it is a good combination of size and power, with a convenient internal battery. As a colourful spotlight, it can add a touch of creativity to your photos and video, and its size and ease of mounting make it easy to use in the smallest of spaces.