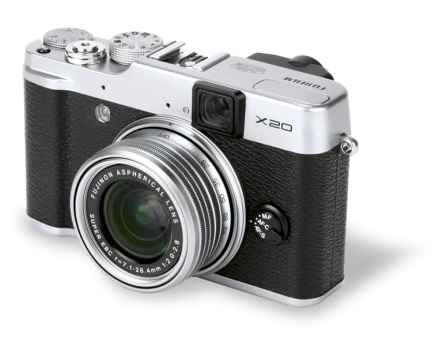 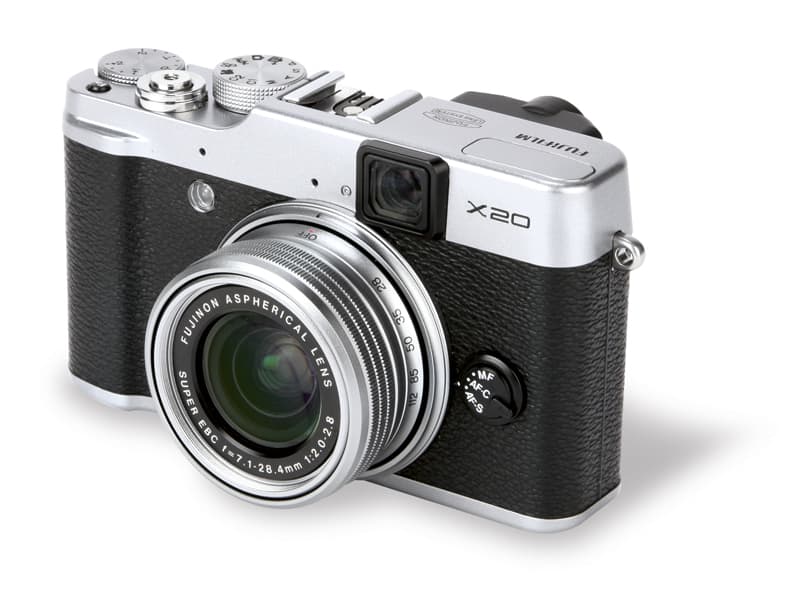 Fujifilm X20 at a glance:

Manufacturers have long offered digital cameras inspired by analogue models, although the past few years have seen something of a retro-renaissance take place. Classic styling has evolved into a characteristic of the enthusiast compact design, and today’s models vary between those with little more than classic accents such as aperture rings, to others that at first glance could easily be mistaken for a film camera.

Fujifilm’s X-series of compacts and compact system cameras fall firmly into the second camp. While it is safe to assume that it’s the authentic analogue stylings of the company’s cameras which has made them so aspirational, this has been matched by a number of interesting developments on their insides, not least the unconventional sensor technologies Fujifilm has long incorporated into its cameras.

The company’s latest X20 compact doesn’t appear to be all that removed from the X10 it replaces, although Fujifilm is said to have made 50 changes to justify its release. Naturally some of these are minor revisions that iron out some of the X10’s kinks and idiosyncrasies, although others are considerably more substantial.

Although the sensor inside the Fujifilm X20 shares its 2/3in dimensions with that found in the X10, Fujifilm has opted to use the X-Trans CMOS technology in place of the EXR sensor used previously. Adopted from the X-Pro1 and X-E1 compact system cameras, the X-Trans CMOS II sensor has a unique colour filter array, one which eschews a repetitive red-green-blue pattern for a more random arrangement akin to the structure of silver halide grains in film emulsions. By doing so, Fujifilm claims to have made the standard anti-aliasing filter redundant, which has the dual benefit of boosting effective resolution while reducing moiré – benefits the discerning target user is likely to appreciate.

The sensor’s size places it in between the 1.1/7in sensors found in rival enthusiast cameras such as the Canon G15, and the 1in sensors used in Sony’s RX100, although in terms of its surface area it’s far closer to the former type. In line with the CMOS sensors found in many other recent compacts, the Fujifilm X20’s sensor has a backlit construction, whereby the wires and transistors which usually sit on the top of the sensor are moved behind the silicon substrate. The main benefit of this architecture is that, as these no longer physically obstruct the photodiodes, the sensor’s capability to gather light is improved, which in turn helps control image noise.

The sensor is also one of a growing number to include phase-detection pixels in its array. These allow the camera to focus in a manner similar to a DSLR, although the more standard contrast-detection system is also on board. Together, these form the heart of the Intelligent Hybrid AF system, which is said to switch between the two as and when required. This system has allowed Fujifilm to claim focusing speeds as short as 0.06sec which, if that is the case, would certainly be impressive.

Such speeds are only possible through the inclusion of a second-generation EXR Processing engine, one which also includes a new Lens Modulation Optimiser, whose purpose is to reduce any degradation from optical effects such as diffraction. Other benefits promised by the combination of the sensor and new processor include 30% less noise than the X10 and an imperceptibly short shutter lag of just 0.01 seconds.

As with previous Fujifilm models, the X20 draws on the company’s heritage in providing film simulations modes. These are designed to mimic some of the company’s more popular emulsions, namely Astia, Velvia and Provia, with Monochrome and Sepia options among others providing fitting options for all eventualities. Fujifilm has also broadened the X10’s selection of Advanced Filters, with the now-standard likes of Toy Camera, Miniature and Partial Colour modes joined by new Low Key and Soft Focus options.

The lack of a built-in ND filter is curious omission, considering that it features in the company’s X100s model and on many others at this price and below, as is the absence of a bulb option. Some may also be surprised to learn that the rear display only resolves details with 460,000 dots rather than the more standard 920,000 dots we’re used to seeing at this level.

The top-plate conceals a small pop-up flash that is manually released via a catch, although a hotshoe is also provided for external flashguns. This hotshoe can also be used to mount the MIC-ST1 stereo microphone which plugs into a port on the camera’s side.