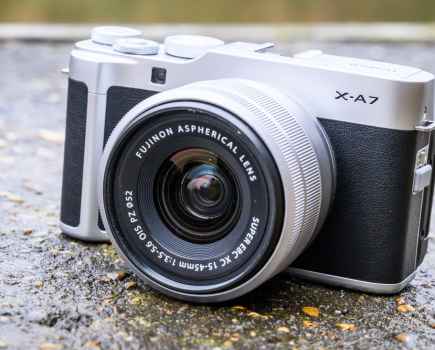 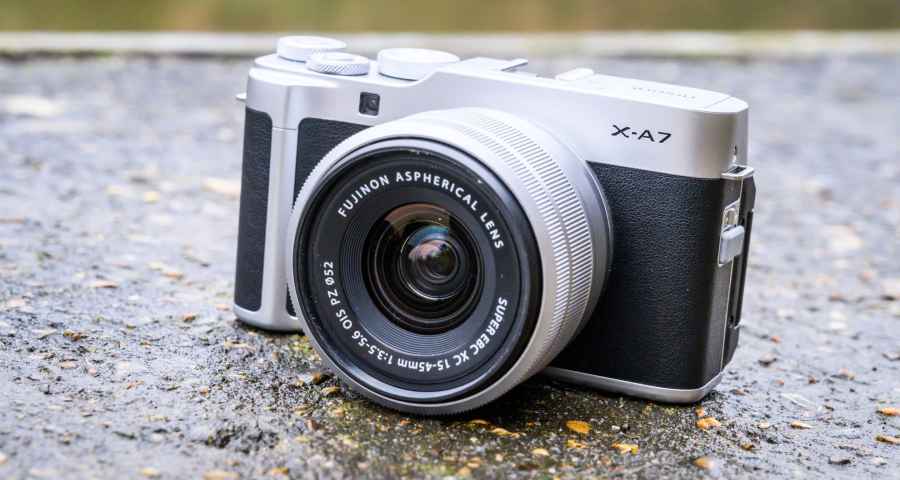 Fujifilm X-A7: At a glance

We’ve seen a steady stream of new cameras introduced into Fujifilm’s X-series in the last few years. Up until last year the X-A5 was one of the cheapest models you could buy. 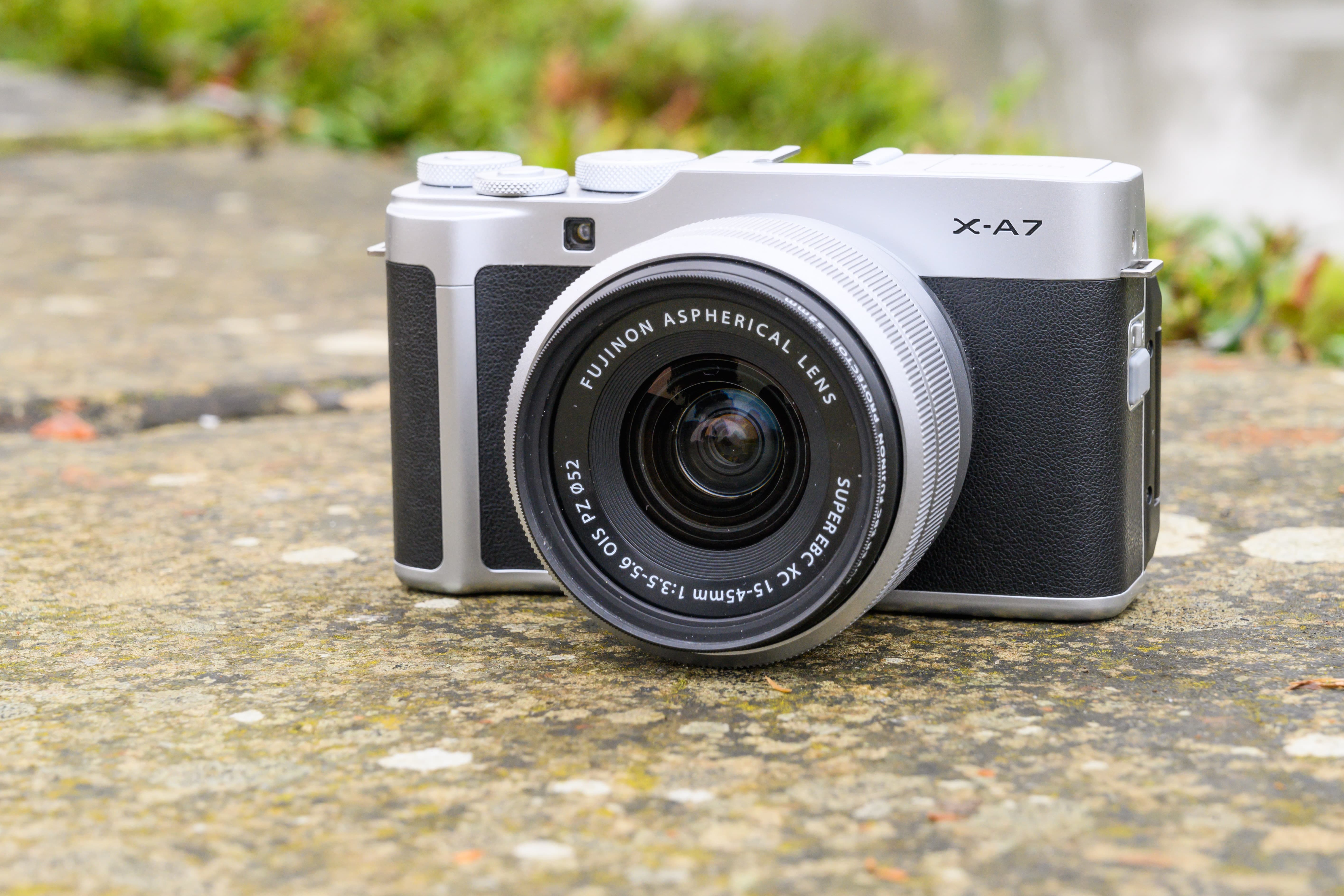 When we reviewed the X-A5 in 2018 we came to the conclusion that it was a good option for first time mirrorless buyers, however it wasn’t without its pitfalls. Now its replacement has arrived it asks; has Fujifilm made a superior entry-level camera for casual photographers looking to buy into a system for the first time?

The Fujifilm X-A7 is built around a newly developed 24.2MP APS-C CMOS sensor that uses copper wiring in its construction that’s claimed to improve data readout speed and reduce the affect of rolling shutter distortion that can occur when shooting fast moving subjects with electronic shutter. 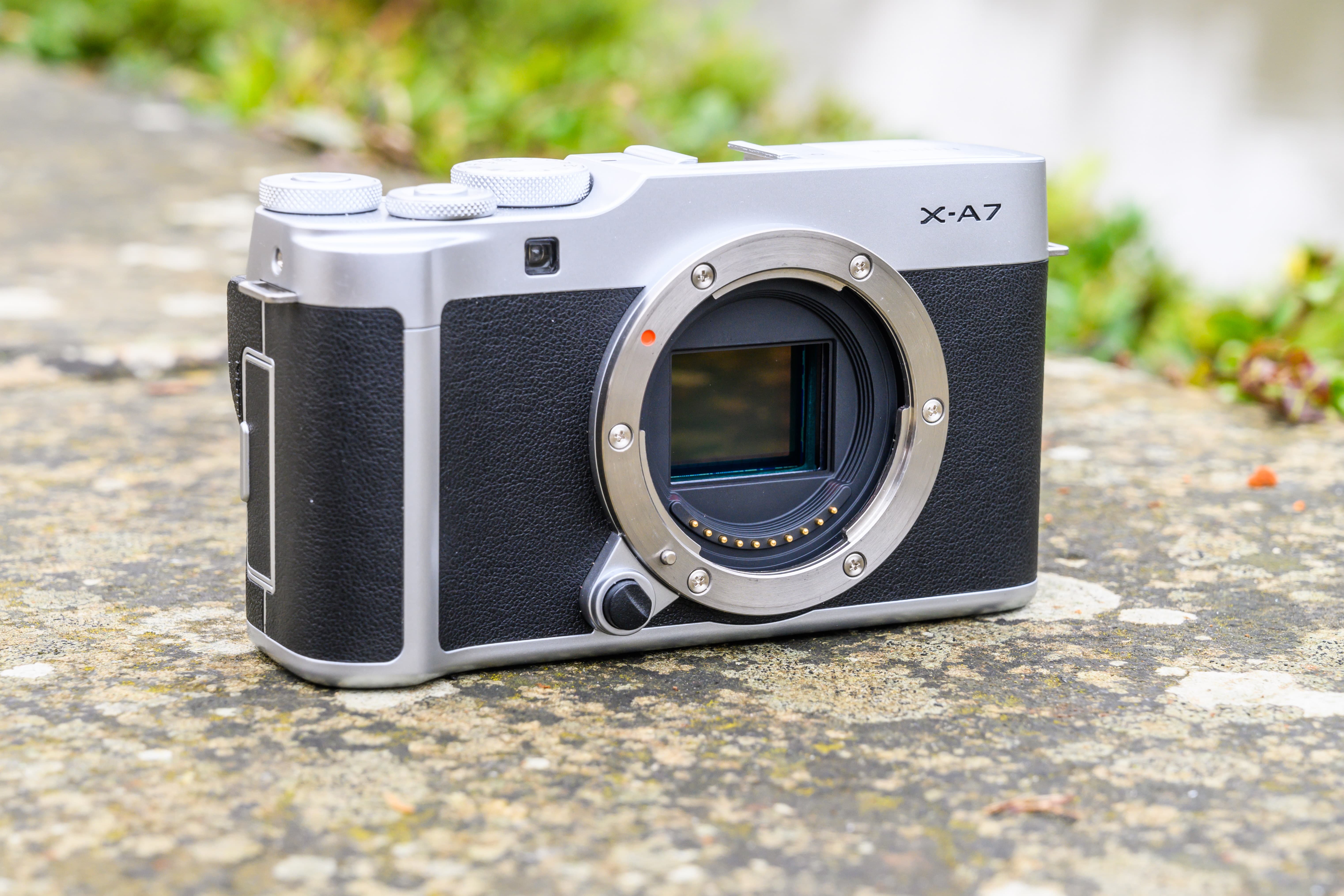 Like the X-A5, the sensor employs the traditional Bayer colour pixel array rather than the proprietary X-Trans pixel array found in more premium X-series models and benefits from phase detection pixels across the entire sensor to enhance AF speed and accuracy. The AF system offers 117 selectable AF points (9×13) that can be increased to 425 points (17×25) – an increase on the X-A5’s total of 91 AF points.

One area where the X-A5 was marked down previously was its 4K/15fps movie performance. Fujifilm has addressed this by offering 4K/30fps video and the option to shoot at 60fps at Full HD. The X-A7 can record up to 15 minutes of 4K video and 30 minutes of full-HD video.

It also becomes the first X Series model to feature a countdown video mode, from which users can specify the duration of video to be filmed from options of 15 seconds, 30 seconds or 60 seconds. There’s a 2.5mm microphone socket for those who’d like to improve audio quality and a 2.5mm to 3.5mm adapter is supplied in the box.

Plugging in the 2.5mm to 3.5mm mic adapter that comes supplied with the camera restricts the manoeuvrability of the screen, which is likely to frustrate vloggers and moviemakers

Video specs aside, the X-A7 has an extended sensitivity range of ISO 100-51,200, it presents many of the Fujifilm’s film simulation modes that we know and love, plus it can shoot continuously at up to 6fps.

Fujifilm has kept things simple on the top plate, choosing to equip the X-A7 with a mode dial and traditional PASM controls. Novices who’d prefer to shoot in auto before progressing to the manual modes can use the fully automatic Advanced Scene Recognition (SR+) mode. In addition there are 19 advanced filter modes and a good selection of scene modes – some of which (portrait, landscape, sport and night) can be accessed directly from the mode dial. 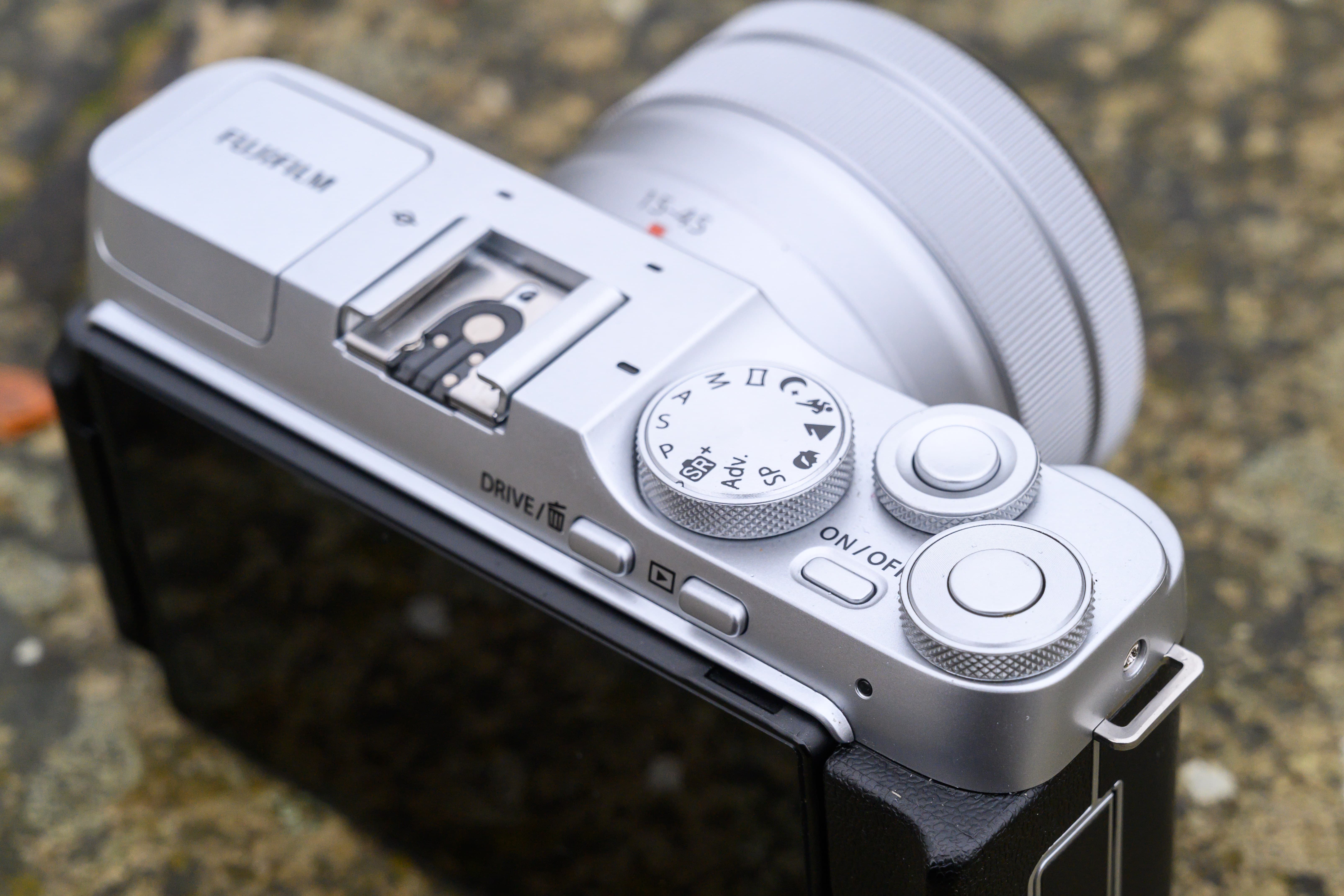 Drive and playback modes get their own buttons above the screen. We’d have liked to see a dedicated button for the quick menu added alongside

As well as Wi-fi, the X-A7 features low-power Bluetooth connectivity to quickly and easily form a connection with mobile devices that you would like to transmit images to wirelessly. Elsewhere, the X-A7 accepts a single SD card beside its NP-W126S battery. Its 270 shot stamina is mediocre, but you can charge on the go via its USB Type C port and extend battery life to over 400 shots shots by selecting economy in its performance mode without any noticeable disadvantages.

The X-A7 has a large 3.5in touchscreen. It’s the fully articulating type and boasts a high 2,560k-dot resolution, but with it taking up so much real estate at the rear there’s very little room for buttons beside it. Below the thumb rest there’s a joystick to nudge the AF point around the frame. This is positioned a bit too low for my liking and you do run the risk of dropping the camera if you attempt to operate it when working single-handed.

Dedicated buttons to access settings such as white balance, self-timer and the quick menu have been lost. This forces you to use the left arrow icon on the screen to load additional icons that line either side of the screen. Two of these can be customised and the quick menu gets its own icon up at the top from where it’s easiest to take control of ISO. 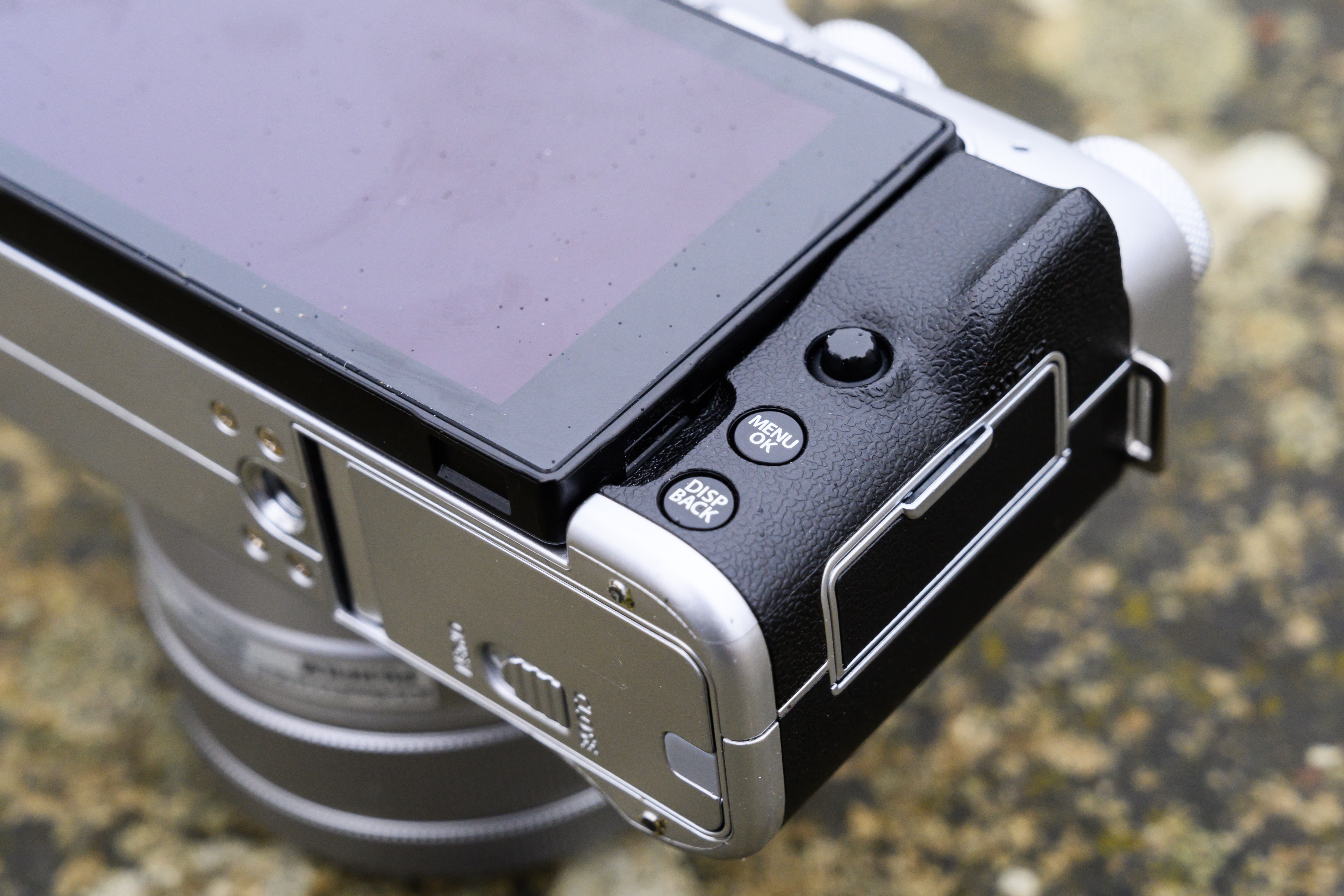 As we’ve said before with other Fujifilm X-series cameras, the way the rear dial is nudged to the left to increase ISO and flicked to the right to decrease ISO feels the wrong way round and caught us out several times. As for the drive and playback modes, these are accessed from their own small rectangular buttons above the screen.

On the top plate, the pop up flash and mode dial are positioned similarly to the X-A5. The front dial encircles the shutter button and the rear dial that controls exposure compensation or shutter speed in manual mode is more comfortable to operate with your thumb than before. There’s also a button within it that can be customised to your liking from the function (Fn settings). It’s one of three Fn buttons available, with the other two being touchscreen based.

The X-A7 isn’t weather sealed and it feels plasticky compared to more advanced enthusiast X-series models. The handgrip is fairly shallow and although the faux-leather grip may imply that it’ll feel nice and grippy in the hand, it’s actually a smooth and quite a slippery camera to handle.

The Fujifilm X-A7, like the Fujifilm X-A5, is bundled with Fujifilm’s XC 15-45mm f/3.5-5.6 OIS PZ power-assisted zoom. It has built-in Optical Image Stabilisation to help counteract handshake, but when you turn the camera on and the barrel of the lens extends you realise it’s not quite as compact as it first seems. The good news is the barrel extends and retracts quickly, plus it’s intelligent enough that it remembers the focal length you last used when the camera is switched off and returns to it when it’s turned back on again.

The lens is operated via two control rings: the larger inner one operates the power assisted zoom and the thinner outer ring is used to fine tune focusing in manual mode, or adjust the focal length in minute increments when using autofocus. The drawback of motorised zooms is that they’re never as quick as manually turning a zoom ring. This, combined with the two-step process of switching between the two rings, doesn’t make for a particularly fast way of finding the optimum zoom position and has a tendency to slow you down when you’re shooting. 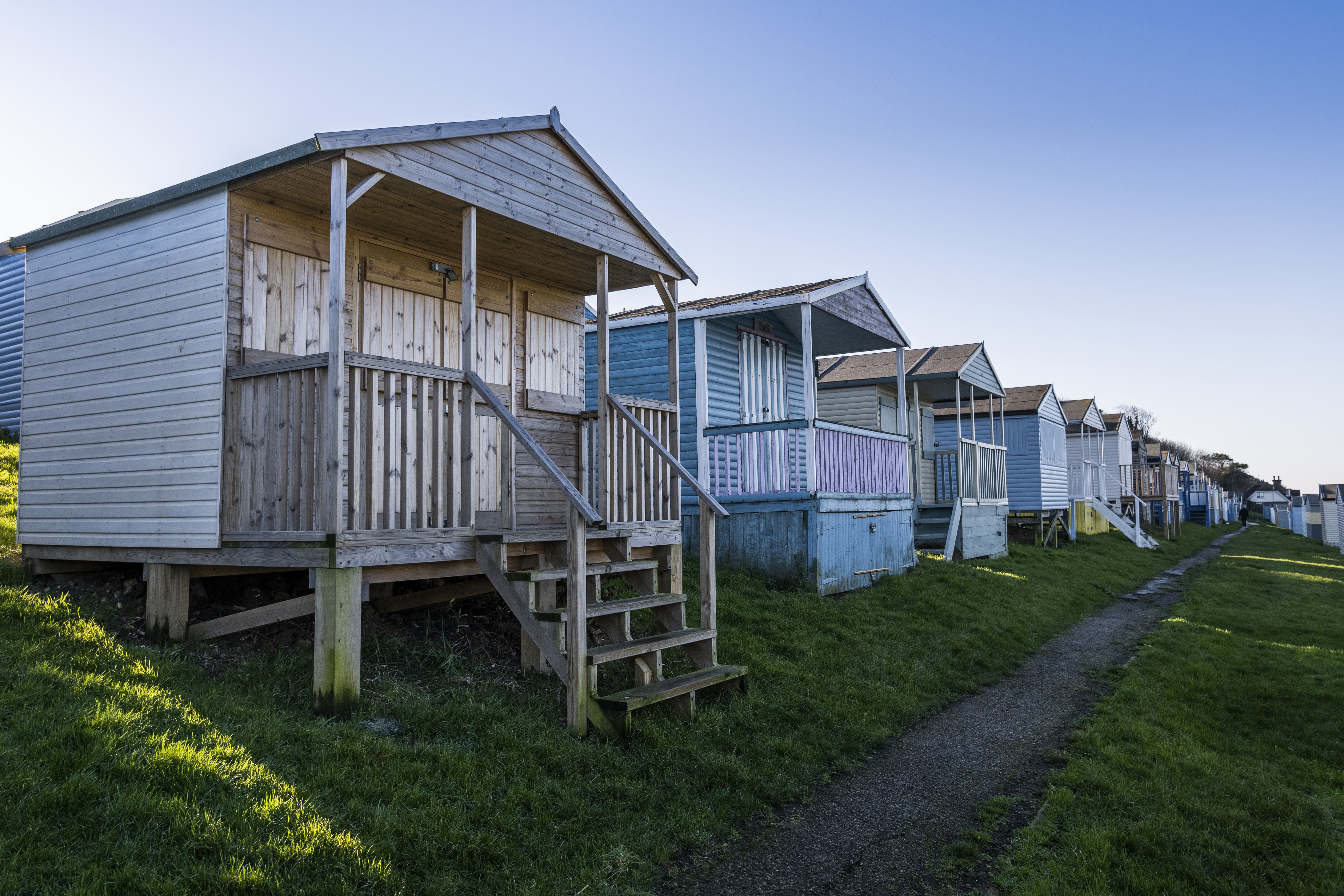 Another criticism of the lens is that it’s loud in operation. The pesky whirring is off-putting and is picked up on audio when recording video. Although the kit lens isn’t perfect and has a very plasticky finish, its optical performance can’t be complained at and it delivers impressively sharp results paired with the X-A7’s 24.2MP sensor.

With no viewfinder, the X-A7’s screen is heavily relied on for composing and reviewing images. With it now being the vari-angle type it allows for better low and high angle shooting than its predecessor, especially in the portrait format. One thing to look out for though is how the image size is unusually set to the 16:9 aspect ratio as default straight out of the box. To take advantage of the full width of the sensor users will immediately want to change the aspect ratio to 3:2.

Other points worth mentioning are the limited manoeuvrability of the screen when an external microphone is used and the surface of the screen being susceptible to light scratches.

The X-A7 takes a couple of seconds to start up before you can shoot. With the camera set to its maximum 6fps burst speed, it’ll shoot up to six raw files before its buffer is reached. The same number was recorded with the image quality set to Fine JPEG, but with the drive mode set to continuous low (3fps) up to nine frames can be recorded before slow down occurs. 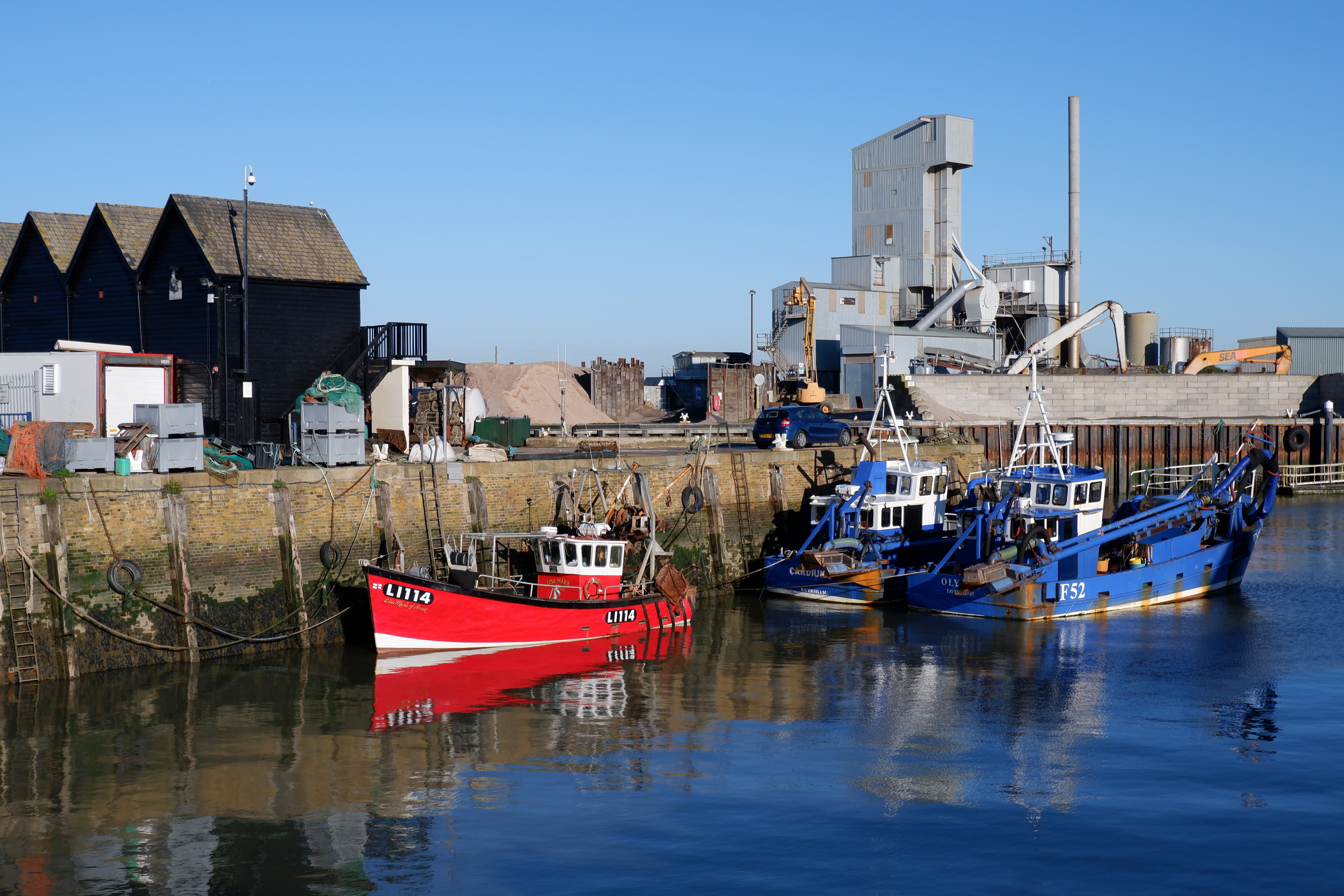 Metering doesn’t disappoint. The 256-zone system analyses scenes well so you’ll rarely need to apply exposure compensation. As we’ve come to expect from Fujifilm’s X-series cameras, colour reproduction in JPEGs and raw files is superb. Colours are punchy and vibrant, plus with a live preview of the film simulation modes now available, you can visually experiment and compare them before making your final choice. 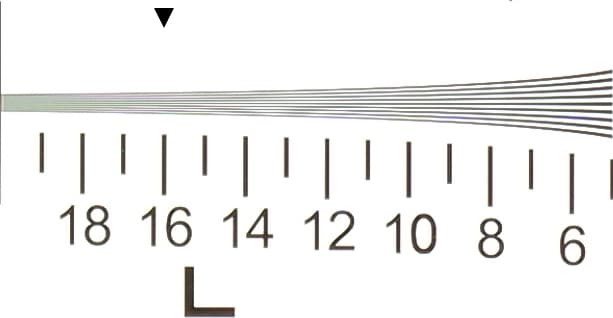 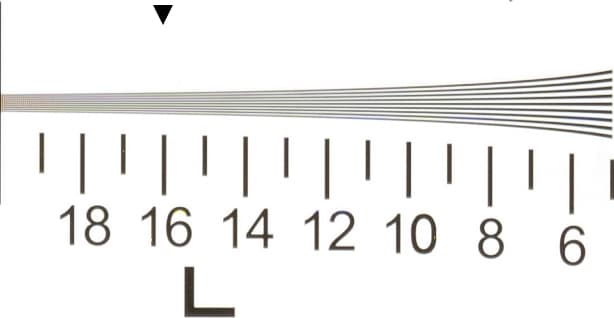 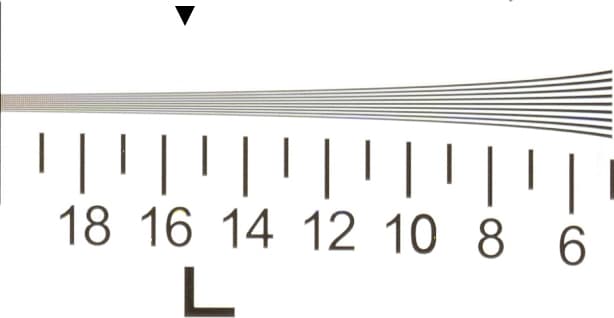 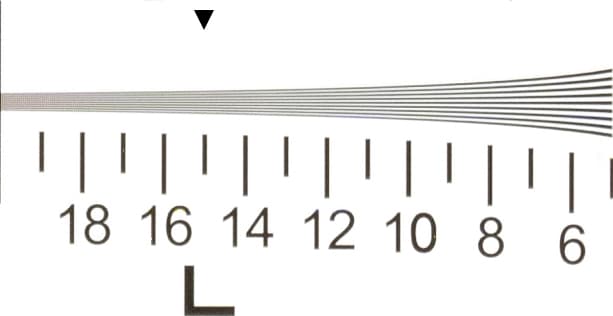 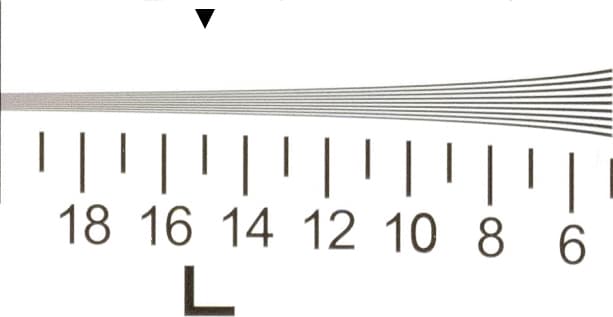 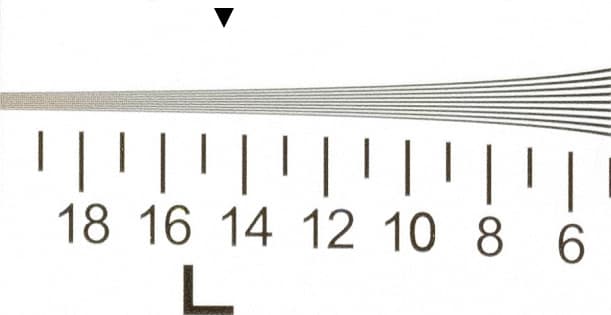 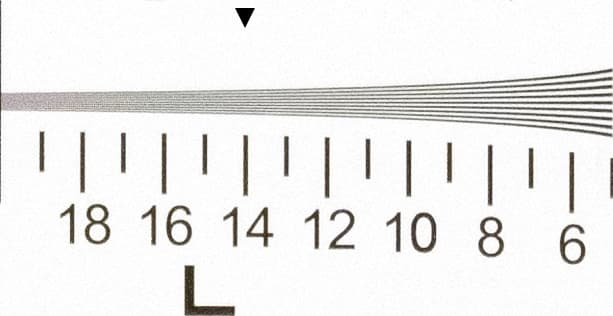 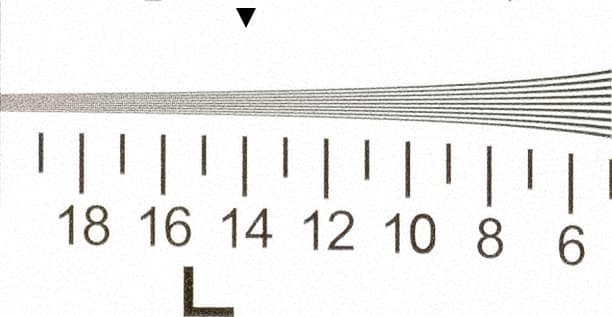 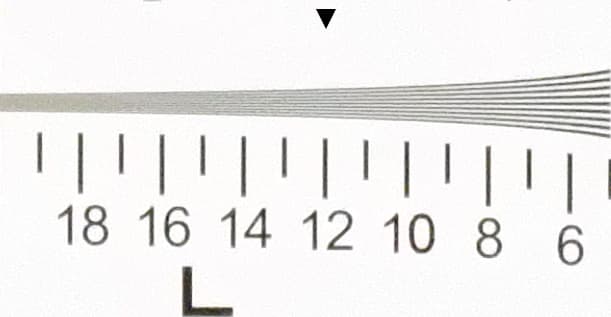 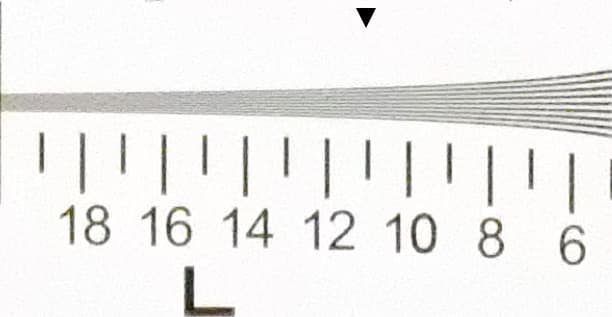 Clean, noise free images are produced by X-A7’s sensor between ISO 100 and ISO 800. It’s only when you push to ISO 1600 and ISO 3200 that you start to notice noise creeping in under close inspection. Shoot in Raw at ISO 3200 or ISO 6400 and useable results can be achieved with a touch of noise reduction applied, though you will notice softening is more obvious in JPEGs due to in-camera noise reduction. 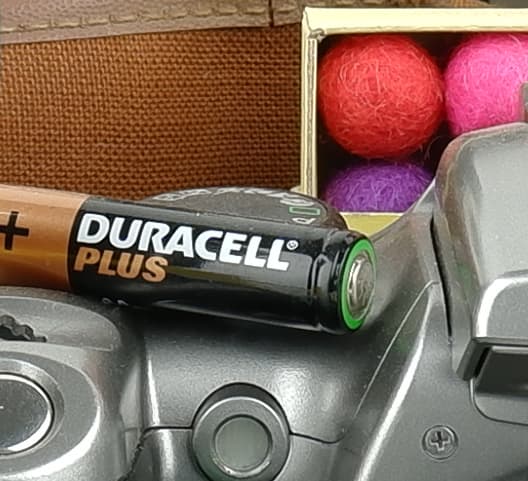 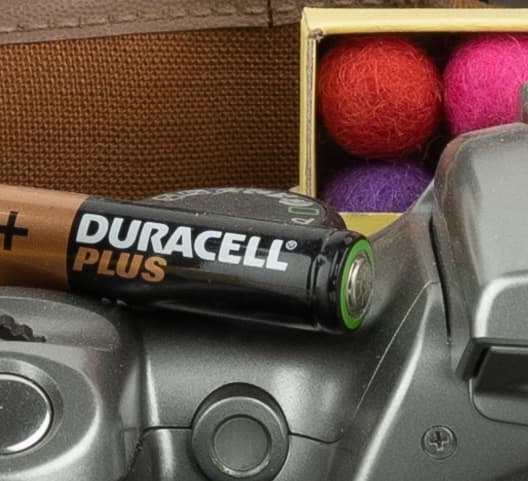 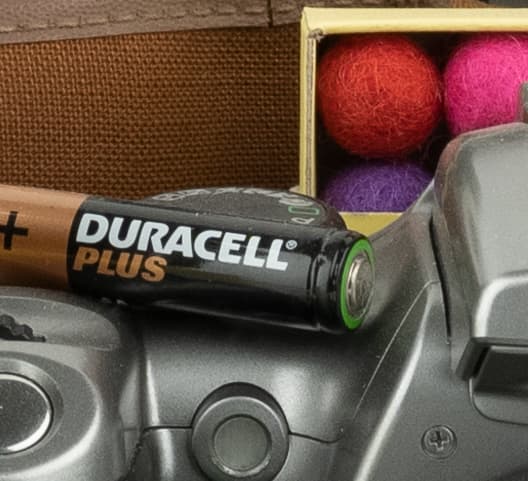 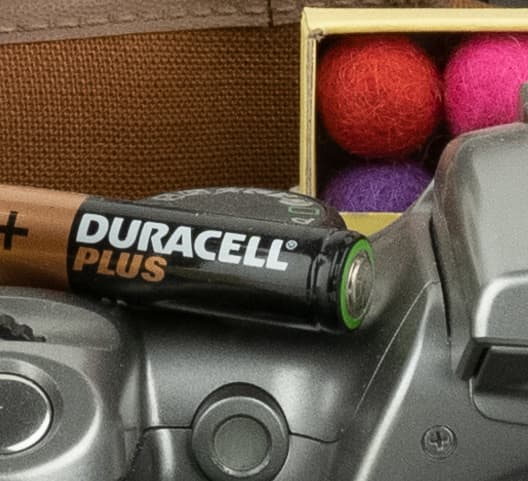 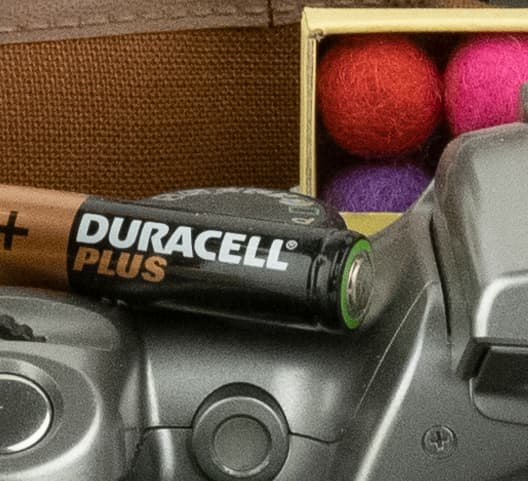 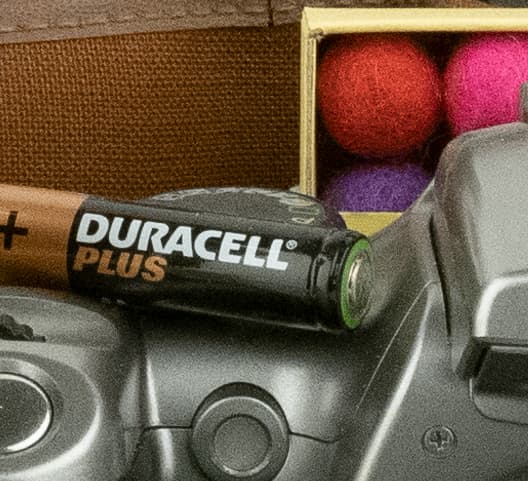 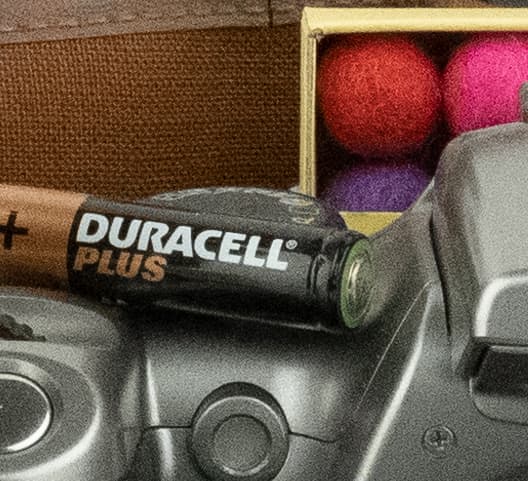 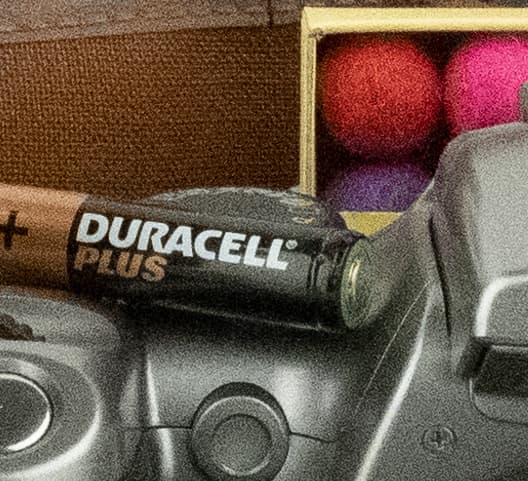 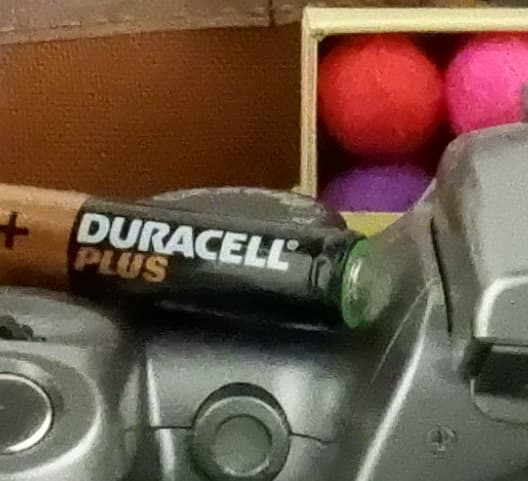 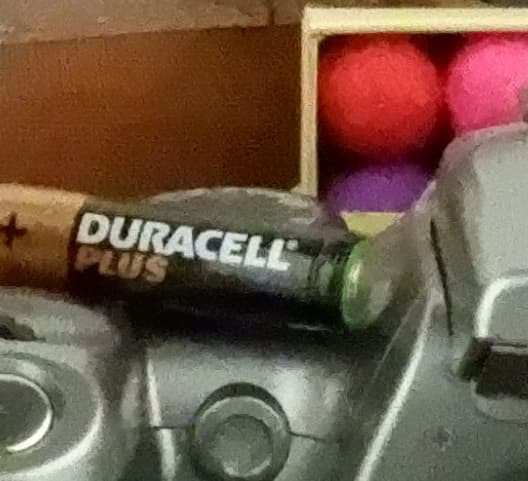 Priced at £699 with the 15-45mm kit lens, the X-A7 is on the expensive side for an entry-level mirrorless camera. Though its price is destined to drop over time and it provides better image quality and control than you get from a smartphone, its poor handling experience, plasticky build quality and lacklustre performance with regard to its buffer and focusing in low-light does leave a lot to be desired.

The X-A7’s handgrip doesn’t offer much grip, meaning it’s quite a slippery camera to handle

It’ll suffice for those who just want to point and shoot and resolve a fine level of detail in bright light or challenging conditions, but its lack of electronic viewfinder, dedicated quick menu button and fiddly power zoom will leave aspiring photographers wanting.

With the Fujifilm X-T100 available for £350 with the 15-45mm kit lens, this is a much more tempting option if shooting stills is your main priority. The £350 you can save opting for the X-T100 over the X-A7 could also be put towards one of Fujifilm’s fabulous f/2 primes such as the XF 35mm f/2 R WR (£349). Overall, the X-A7 is a little disappointing when you take into account there are better entry-level alternatives available for less.