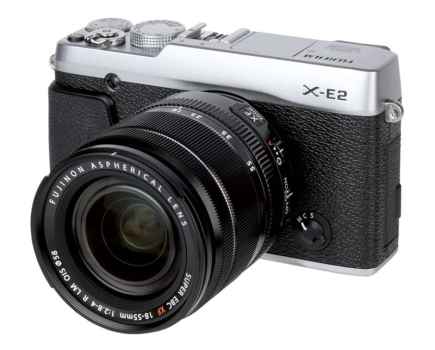 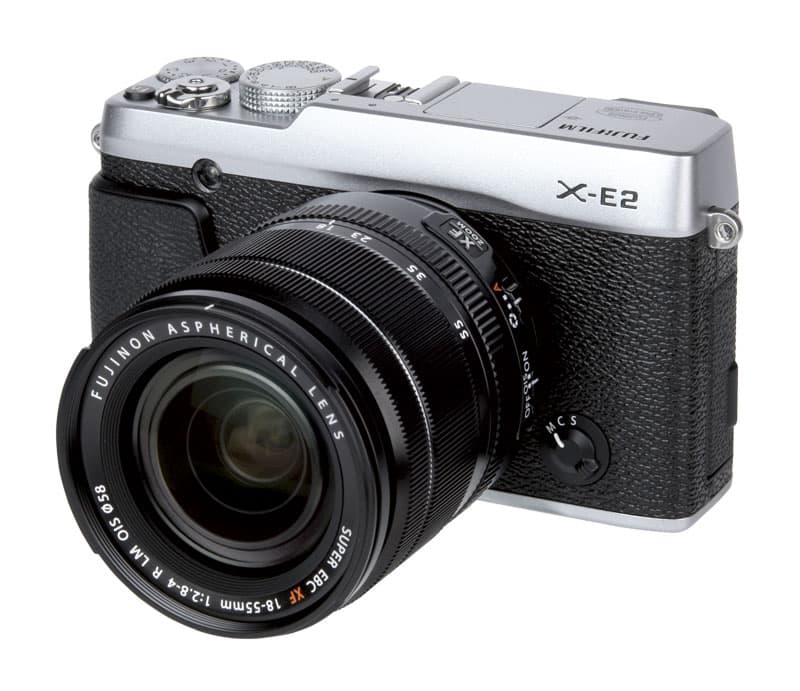 Fujifilm X-E2 at a glance:

When Fujifilm launched its first X-series model in the form of the X100, it was immediately sought-after by photographers who fell in love with its classic styling and elegant appearance.

Before long, Fuji realised it had hit the design sweet spot with regards to what photographers were looking for and quickly set about creating an interchangeable-lens version with a similar APS-C-sized sensor to meet increasing demand.

The X-E1 was a particularly successful model in this series, and Fuji has sensibly decided against a radical overhaul with the design of its successor, the Fujifilm X-E2. Instead, the X-E2 is marked out by 60 smaller improvements and refinements, including a newly designed X-Trans CMOS II sensor, built-in Wi-Fi and an improved EVF with a 50fps refresh rate.

Whereas the X-E1 inherited the X-Trans CMOS sensor from the X-Pro1, the Fujifilm X-E2 employs the newer 16.3-million-pixel, APS-C-sized X-Trans CMOS II sensor from the X100S. With a structure more akin to film, the X-Trans CMOS sensor greatly reduces moiré and false colour, thereby eliminating the need for an anti-aliasing filter. It also incorporates more than 100,000 built-in phase-detection pixels. This provides the X-E2 with an intelligent hybrid AF system, utilising both phase and contrast-detection AF, which the company claims to be as quick as 0.08sec. This speed is also thanks to a newly developed autofocus algorithm.

The Fujifilm X-E2 features a new EXR Processor II that Fujifilm claims doubles the processing speed of the X-E1. Despite this, the X-E2 has a fairly moderate native ISO range of 200-6400, expandable to the equivalent of ISO 100-25,600. Interestingly, shooting with expanded ISO settings is only possible in JPEG format, limiting the sensitivity to ISO 6400 if you prefer to record in raw.

Image: The 18-55mm kit lens feels good in the hand and delivers impressive levels of sharpness to match its robust build quality

The X-E2’s X mount supports eight optics, with focal lengths ranging from 21mm to 300mm in 35mm terms. As kit lenses go, the 18-55mm f/2.8-4 lens bundled with the X-E2 is excellent, matching the high-quality build of the body with a fast f/2.8 aperture between 18mm and 20mm (but closing to f/4 at 40mm) and a built-in OIS optical image stabilisation system, equivalent to 4 stops.

The X-E2 now boasts Wi-Fi functionality, and while it’s good to see Fuji keeping up, the Fujifilm Camera app is a long way behind others in terms of its functionality. It’s not the most intuitive app to use and I’d like to see it offer wireless image capture like many other manufacturers’ apps.

Elsewhere, exposure-compensation adjustment has been increased from ±2EV to ±3EV and manual focus has been made more user-friendly thanks to the inclusion of Digital Split Technology, which can be used in partnership with focus peaking.