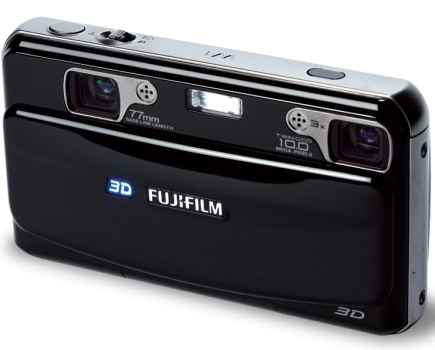 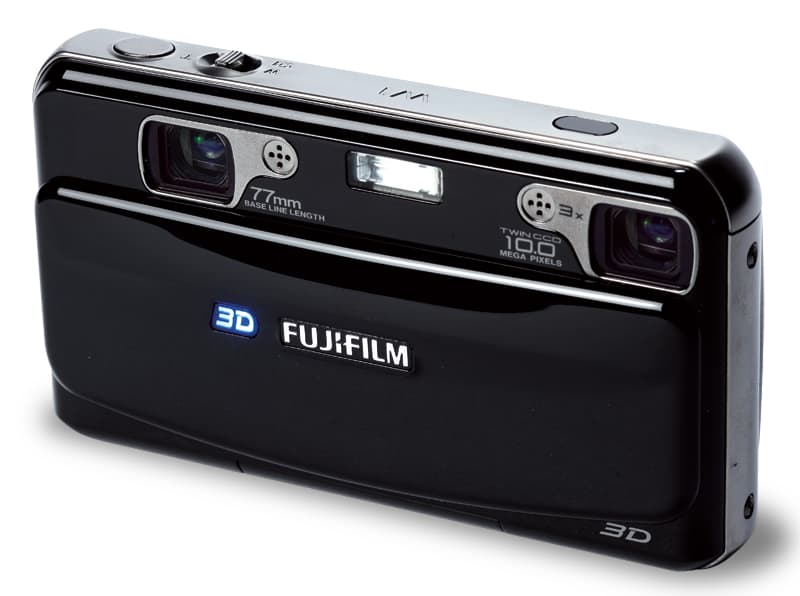 With the recent success of James Cameron’s film Avatar and the buzz around 3D products at the moment, it seems 3D photographers will soon have their time in the sun. If Fujifilm has its way, the FinePix REAL 3D W1 could be the camera that persuades 2D photographers to start shooting in three dimensions.

These lenses have a stereo base of 77mm, which is a little wider than the 65mm average distance between the centres of our pupils, thus enhancing the 3D effect. In its 3D mode, the W1 captures two images simultaneously, one on each sensor, and then aligns them to reveal the 3D effect on the 2.8in, 230,000-dot LCD monitor (with Light Direction Control).

The camera can align the images automatically when the auto parallax control is activated, but it can also be adjusted manually, before and after image capture when necessary – for example, if the images need to align perfectly somewhere other than the focus point.

Three-dimensional images are captured with the MPO format, but the camera may also be set to record a 2D JPEG file simultaneously.

Alternatively, in its 2D mode, the W1 can shoot two standard images at the same time, but using different focal lengths on each lens. Hence, the wide view of a landscape can be captured at the same time as a detail. It’s hard to image too many occasions when this is going to be much more than a gimmick, but it could be handy for one-off events.

Similarly, it’s possible to take simultaneous monochrome and colour images, or take two photos at different sensitivity settings. When panning with a moving subject, the latter allows a different degree of blur to be recorded at the same time.

In addition to the standard 3D mode, the W1 has a collection of advanced 3D modes.

With Individual Shutter 3D Shooting, two shots may be taken of the same subject from different positions, with the camera automatically merging and saving them as a single 3D image.

This is helpful with close subjects when the camera is unable to align the two images captured simultaneously. The first image is displayed on the screen to help position the camera for the second shot before it is taken.

In its Interval 3D Shooting mode, the W1 takes a succession of shots following a single press of the shutter-release button. This is designed for use when shooting from a moving vehicle to create images with lots of depth.

Oddly, Fujifilm doesn’t supply any software to process the MPO images, although fortunately some software is available online for free.

I used StereoPhoto Maker (available free from https://stereo.jpn.org/eng/stphmkr/, which is simple to use and is able to open the pairs of images and make adjustments (cropping, brightness, and so on), and then save them in a number of ways. It can be used to make anaglyphs, with offset red and cyan images that can be viewed using 3D glasses, or to produce pairs of images that can be printed and viewed with a stereoscope.