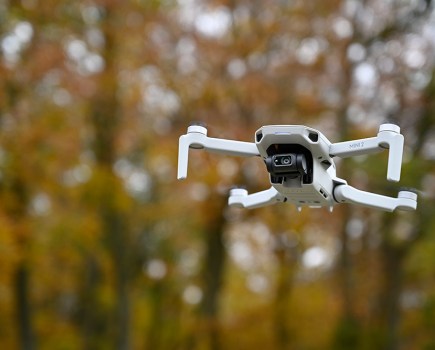 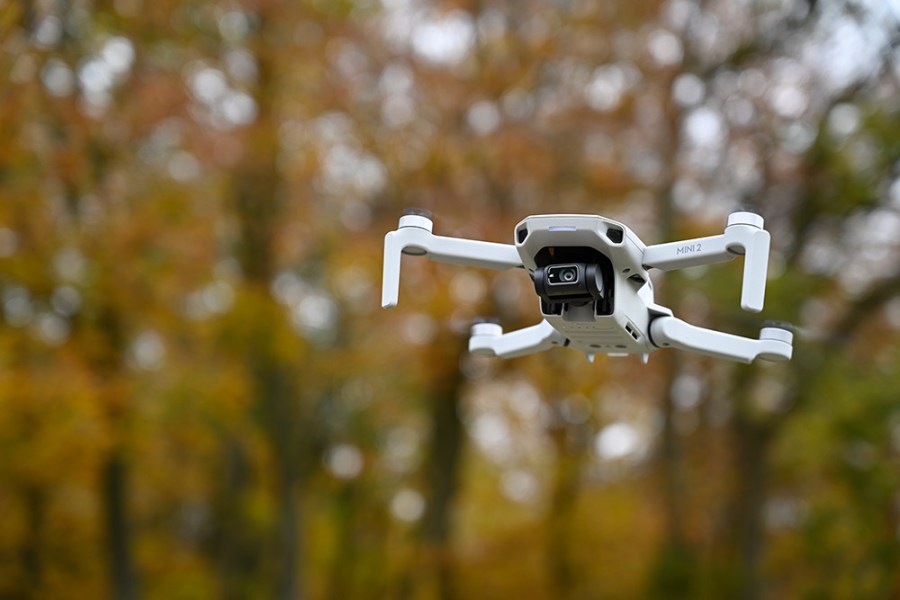 Uprated video capability and raw shooting gives the Mavic Mini’s replacement, the DJI Mini 2, extra appeal for new drone pilots, Angela Nicholson takes to the sky to test it out.

Although it has dropped the Mavic moniker, the Mini 2 is the upgrade to the DJI Mavic Mini that launched in October 2019. That created lots of excitement in drone circles because it weighs 249g, which means it comes under the CAA’s 250g threshold for the UK Drone Registration scheme. DJI has pulled off the same feat with the Mini 2, this time taking the weight down to 242g (with the battery, propellers and microSD card) despite uprating the motors and enhancing the transmission technology. 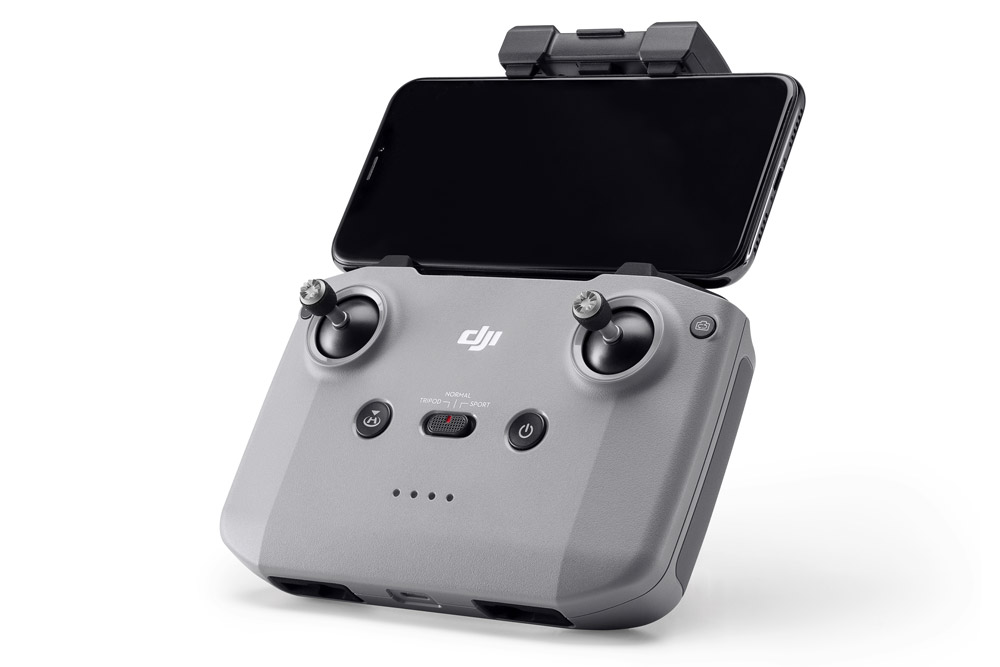 Between the power and return-to-home buttons on the top of the controller there’s a handy switch to select the flight mode (Cine, Normal or Sport), which governs the drone’s speed and stopping distance. There’s also a dial on the front-left of the controller for adjusting the vertical angle of the gimbal and a shutter/record button on the front right.

A button next to the right control stick lets you switch quickly between stills and video shooting while an Fn button next to the left stick can be customised to recenter the gimbal or toggle the phone screen between the map and live view with a single or double-tap. They’re all well-positioned and useful in-flight.

Key settings such as the resolution, file type, frame rate, exposure and white balance are set via the DJI Fly app on the smartphone. 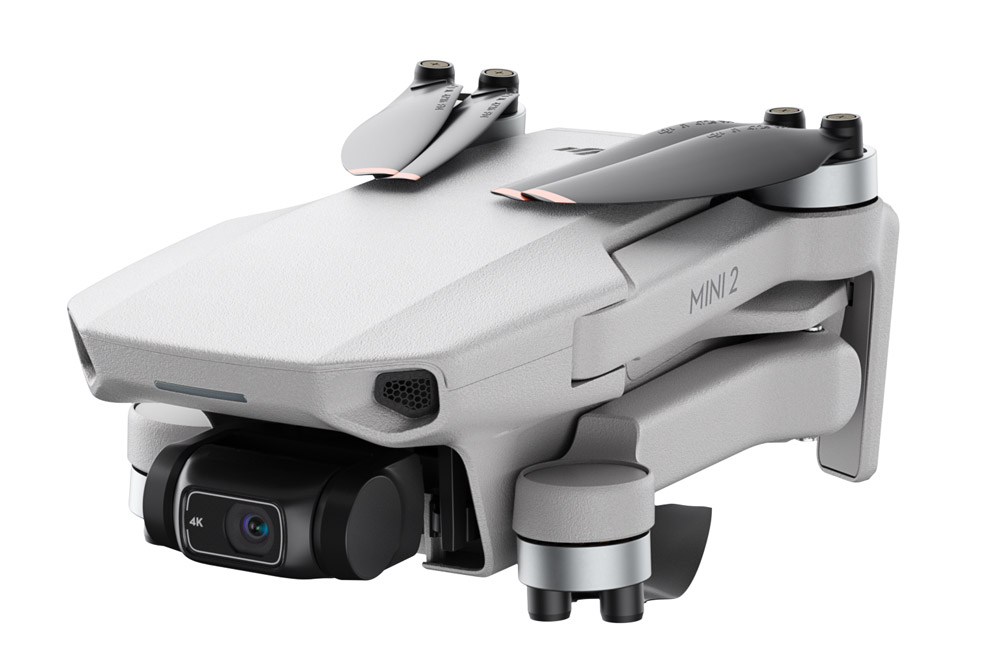 Take-off and flying the DJI Mini 2

As usual, it’s well worth going through the initial set-up of the Mini 2 at home or somewhere with a decent Wi-Fi signal as you need to install the free DJI Fly app on your phone, create a DJI account and download the inevitable firmware upgrades. But with that done and a microSD card in drone’s card slot, you’re ready to head to your take-off location.

With the smartphone in the controller clamp and connected, and everything powered up, the DJI Fly app usually opens automatically, but you can start it yourself if necessary. The app can take you through some preflight checks, but you can opt to ignore them if you’re confident of what you are doing. Then it’s just a case of pushing both control sticks diagonally down and together to start the motors before pushing the left stick up to take off. 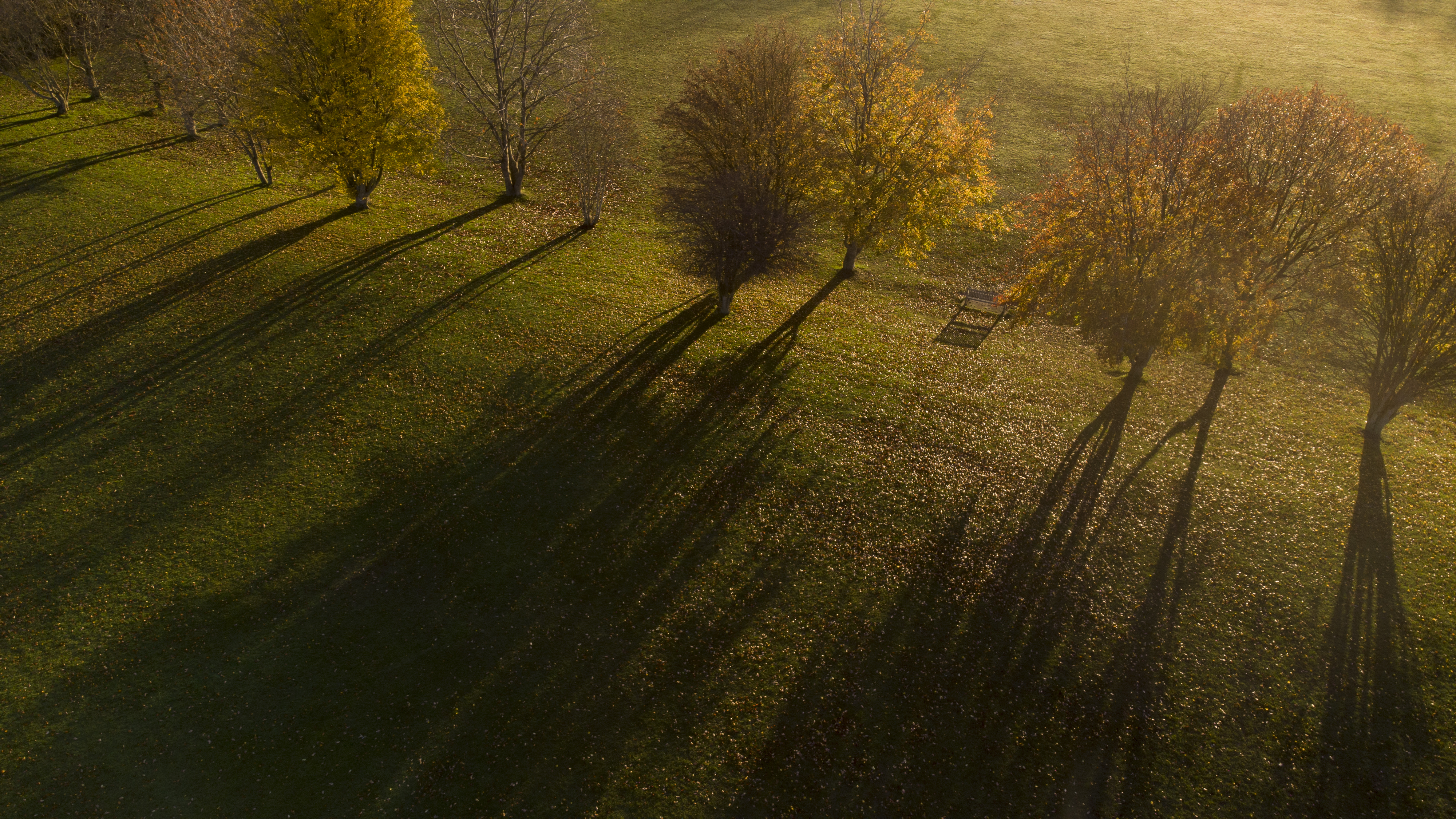 Like its predecessor, the Mini 2 has a 12MP 1/2.3-inch CMOS sensor, a sensitivity range of ISO 100-3200, a fixed aperture of f/2.8, and a shutter speed range of 4-1/8000sec. Thanks to that aperture, the sensitivity doesn’t need to venture very high for daylight flying, while the small sensor, short focal length lens (24mm in 35mm terms) and long subject distances means that there’s plenty of depth of field. However, the wide aperture also means that neutral density filters are usually required to keep the shutter speed down to the recommended 2x the video frame rate.

Although the Mini 2 has the same size and resolution sensor as the Mavic Mini, it’s capable of recording 4K footage (the Mini maxes out at 2.7K) and the quality is excellent, but you need to keep an eye on the angle of the sun as flare can be problematic. Sometimes this is attractive in video, but it can also cause hot-spots, low contrast areas and colour casts. 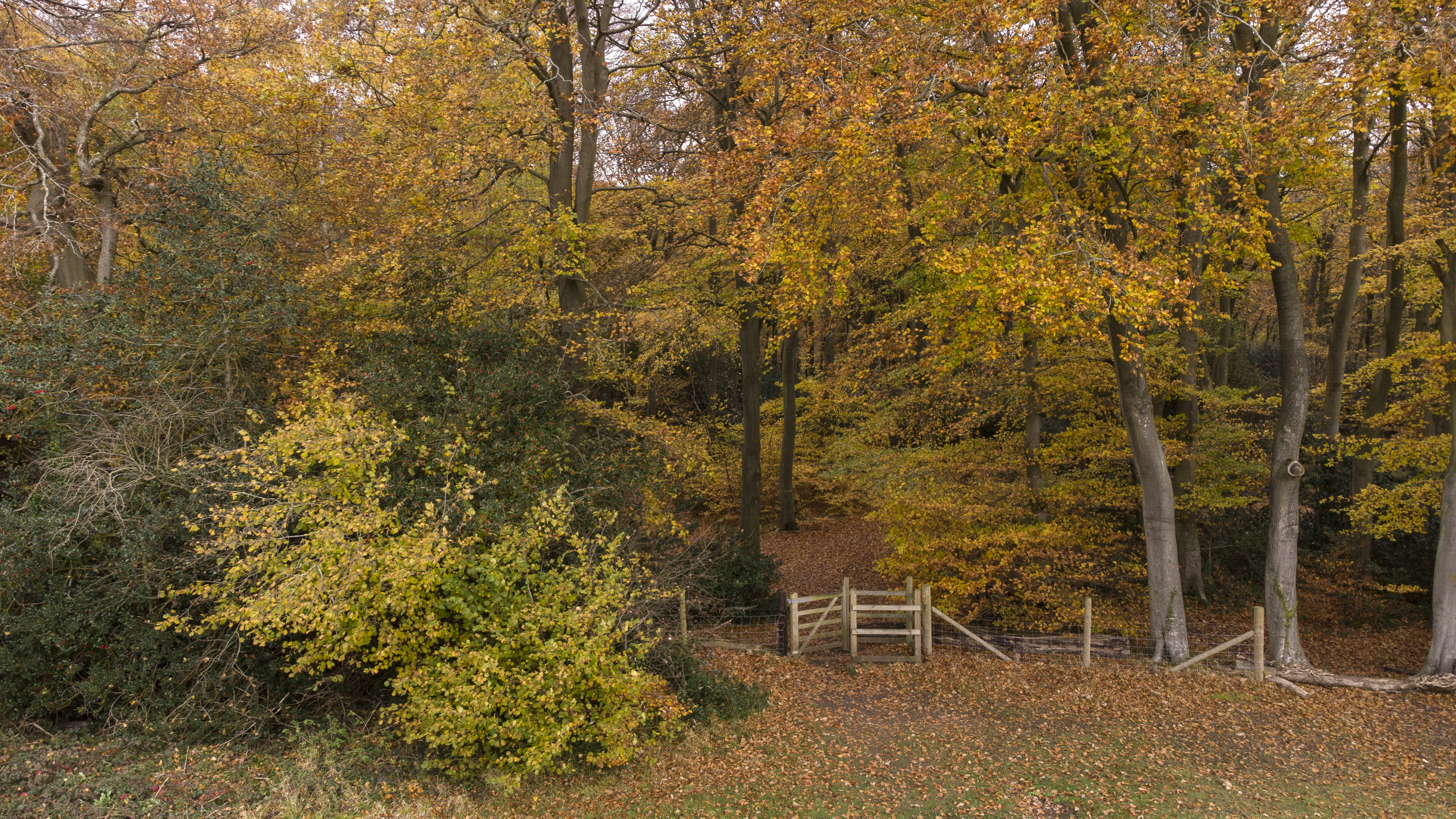 Unlike the Mavic Mini, the Mini 2 can record raw files as well as JPEGs. This gives greater scope for post-capture adjustment and results in more natural-looking images.

DJI quotes a battery life of 31 minutes, but I found 23-26 minutes more realistic in a slight breeze. That makes the two additional batteries and triple-charger of the Fly More Combo (£549) more appealing than the single battery kit.

If you’re an experienced pilot it’s easy to dismiss the Mini 2’s Quick Shot modes, Dronie, Helix, Rocket, Circle and Boomerang, but they’re very good. These set up the drone to fly and film automatically to create smooth video without the need to move the sticks. Once the mode is selected you just need to set the subject of the film with a tap on the smartphone screen, or drag a box around it, and then tap ‘Start’. The Mini 2 flies around in a prescribed pattern before returning to its starting point like a faithful dog. 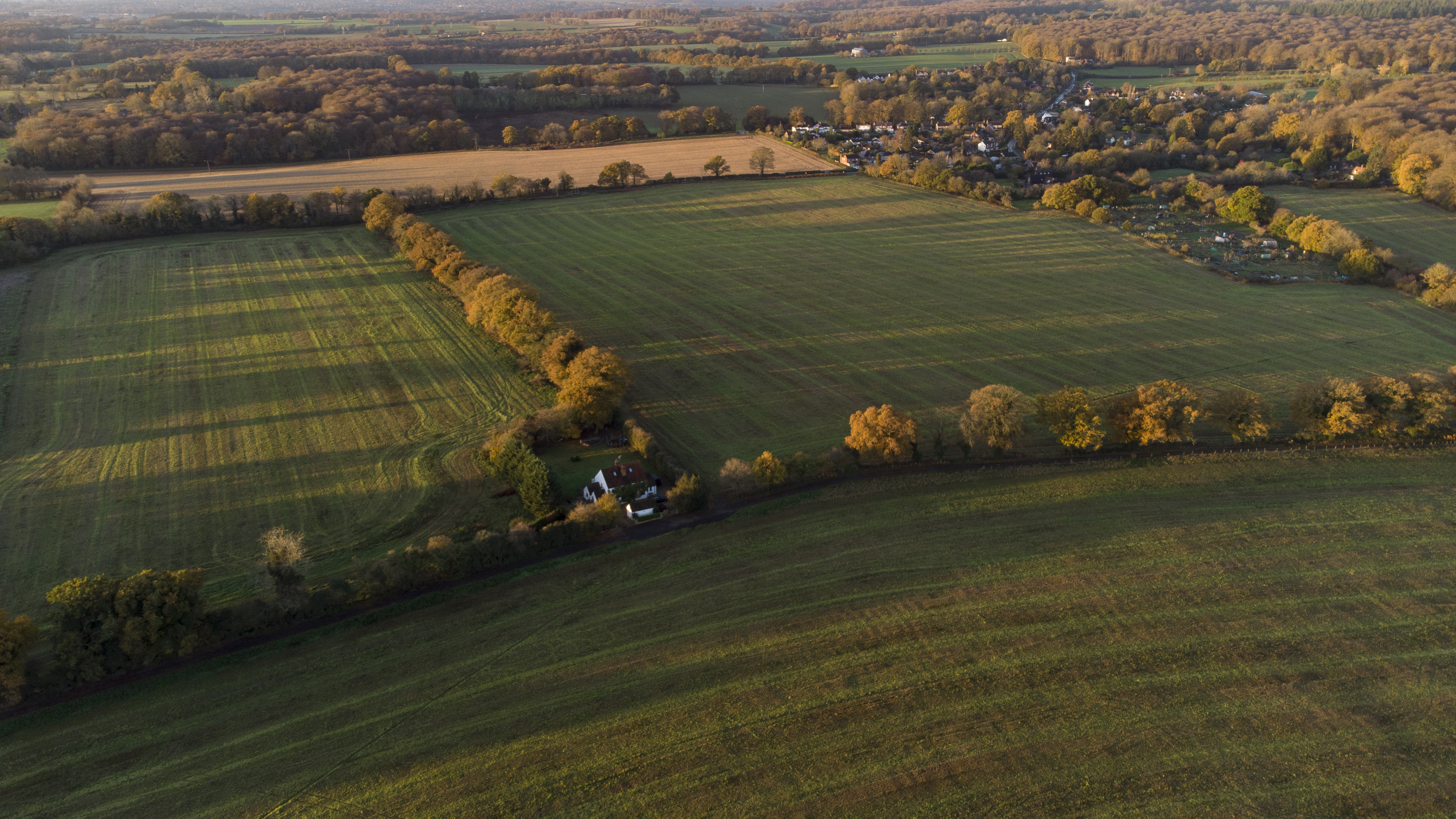 The DJI Mini 2 is more stable and less easily buffeted by the wind than the Mavic Mini so the footage looks very smooth with plenty of detail visible. In addition, the enhanced transmission technology seems to make the connection between the controller and drone more reliable. It’s also very easy to fly and is great fun for anyone looking for their first drone or a small easily-portable drone to take anywhere. However, a set of magnetic ND filters is essential to anyone who wants the best-quality video. Now that the DJI Mini 3 Pro is out, the DJI Mini 2 offers a great alternative, especially if you budget doesn’t stretch to the Mini 3 Pro.