Cons: - No Lightning cable for use with iPhones
- Obstructs camera viewfinder when used on hot shoe 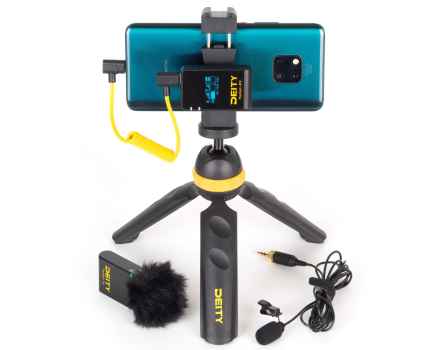 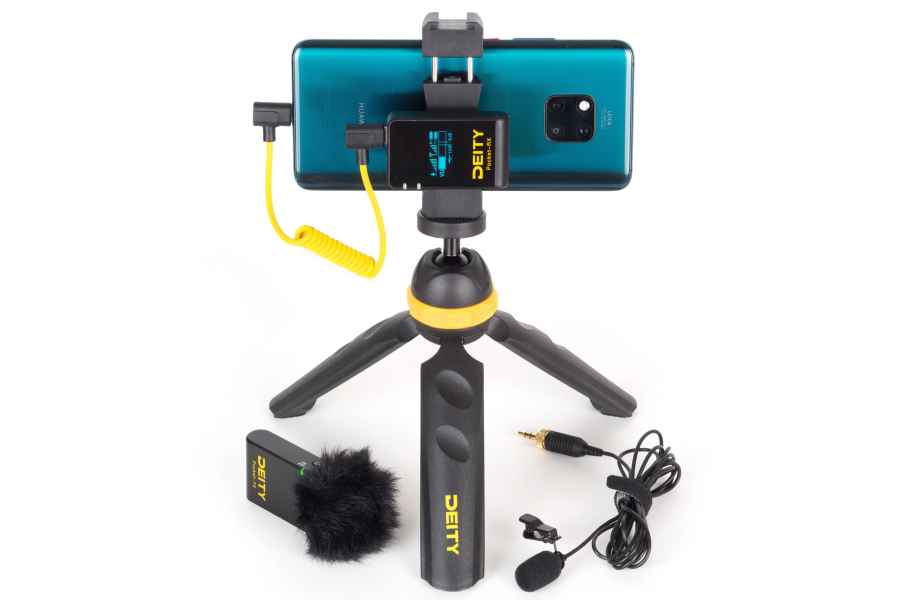 Cons: - No Lightning cable for use with iPhones
- Obstructs camera viewfinder when used on hot shoe

If you shoot video, you’ll know that sound quality is crucial, and an external microphone will often do a better job than the one built into your camera. The market leader here is Rode, but relative newcomer Deity wants to carve out its own share by offering well-featured products at tempting prices.

Its Pocket Wireless kit is a direct alternative to the Rode Wireless Go, but with the advantage that a small clip-on Lavalier mic is included in the box. From Rode, that’s a £60 extra. 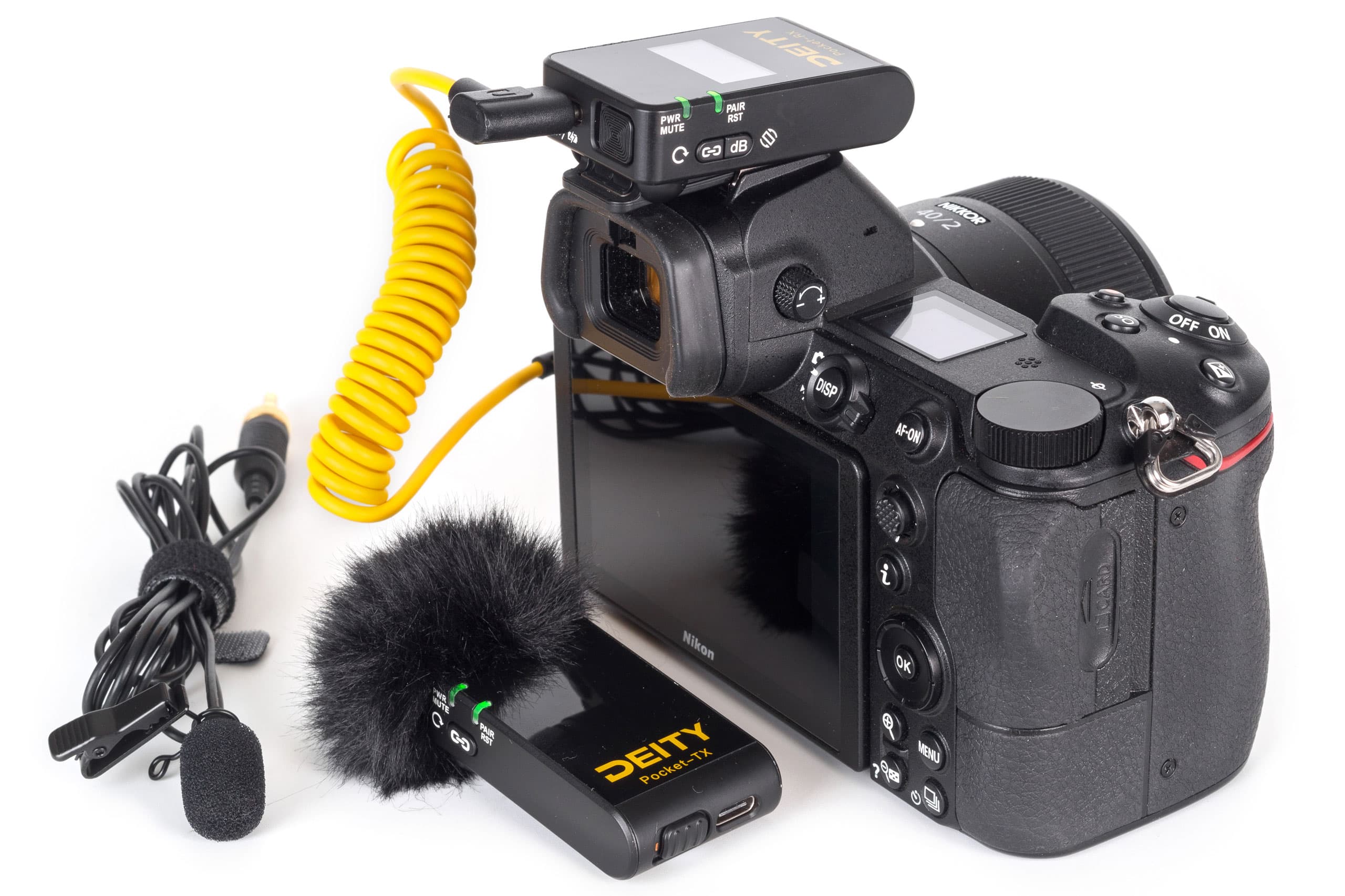 The Deity Pocket Wireless microphone set can be used with cameras, but unfortunately the audio cable obstructs the viewfinder when the mic is mounted on the hot shoe

To understand why this matters, we need to consider why you’d use a wireless mic. They’re ideal when you have a presenter talking to camera and wish to record their voice along with a little ambient sound to help set the scene. But if you use the transmitter’s own mic, the unit is likely to be visible in your footage. A lapel mic will be more discreet.

Deity’s transmitter and receiver units are both small and lightweight, with sturdy plastic clips for attaching them to clothing, that will also slide onto hot shoes. Both power up quickly using large sliding switches and pair almost instantly. 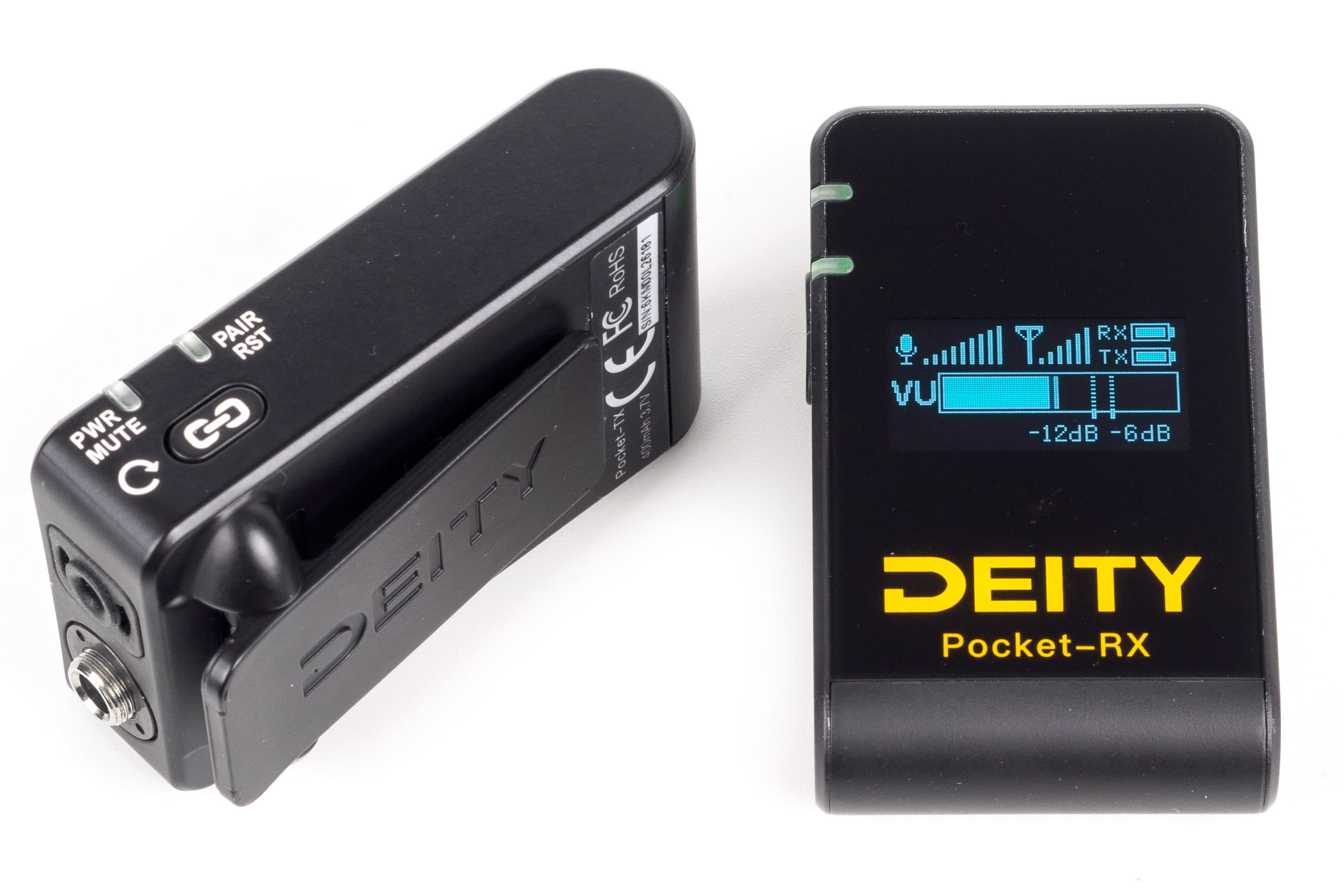 The sound can be muted using a small button on the side of either unit, indicated by a flashing red LED. On the receiver, the same button adjusts the gain across nine steps. One neat touch is that the Lavalier mic can be secured to the transmitter using a screw collar, so it won’t accidentally fall out.

The receiver outputs audio from its USB-C port, with two cables supplied. One has a USB-C plug for use with Android phones, and the other a standard 3.5mm jack. Unfortunately, iPhone users are out of luck. Everything fits neatly into the supplied case, aside from the tripod.

In use the kit performs well, providing good quality sound using either microphone, especially with voice. In the open with a clear line of site, it easily achieves its promised 100m range. But it’s crucial to place the transmitter in a front pocket facing the receiver, otherwise this can drop to 30m or less. The range will also reduce in crowded spaces. 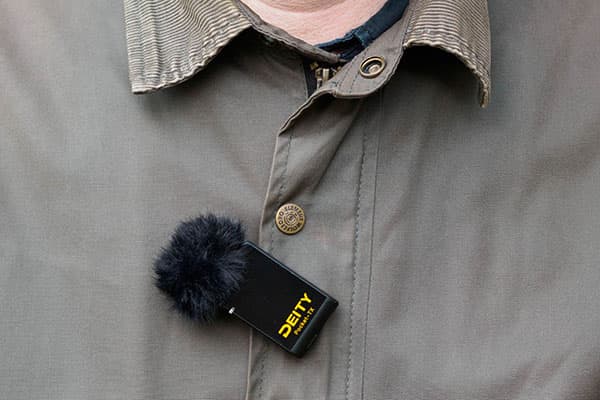 The receiver clips easily onto clothing and comes with a wind shield. But despite being small, it’s not exactly inconspicuous

Perhaps the biggest design flaw is that with most cameras, the audio cable obstructs use of the viewfinder when it’s clipped onto the hot shoe, because it plugs into the back of the receiver. But this can be remedied by fixing it to a bracket instead. Many videographers prefer using the camera’s rear screen or an external monitor/recorder anyway.

The Mobile Kit includes the transmitter and receiver; the lapel mic; a windshield for the transmitter’s mic; USB-C and 3.5mm audio cables; a charging cable; carry case; phone clamp and mini tripod. 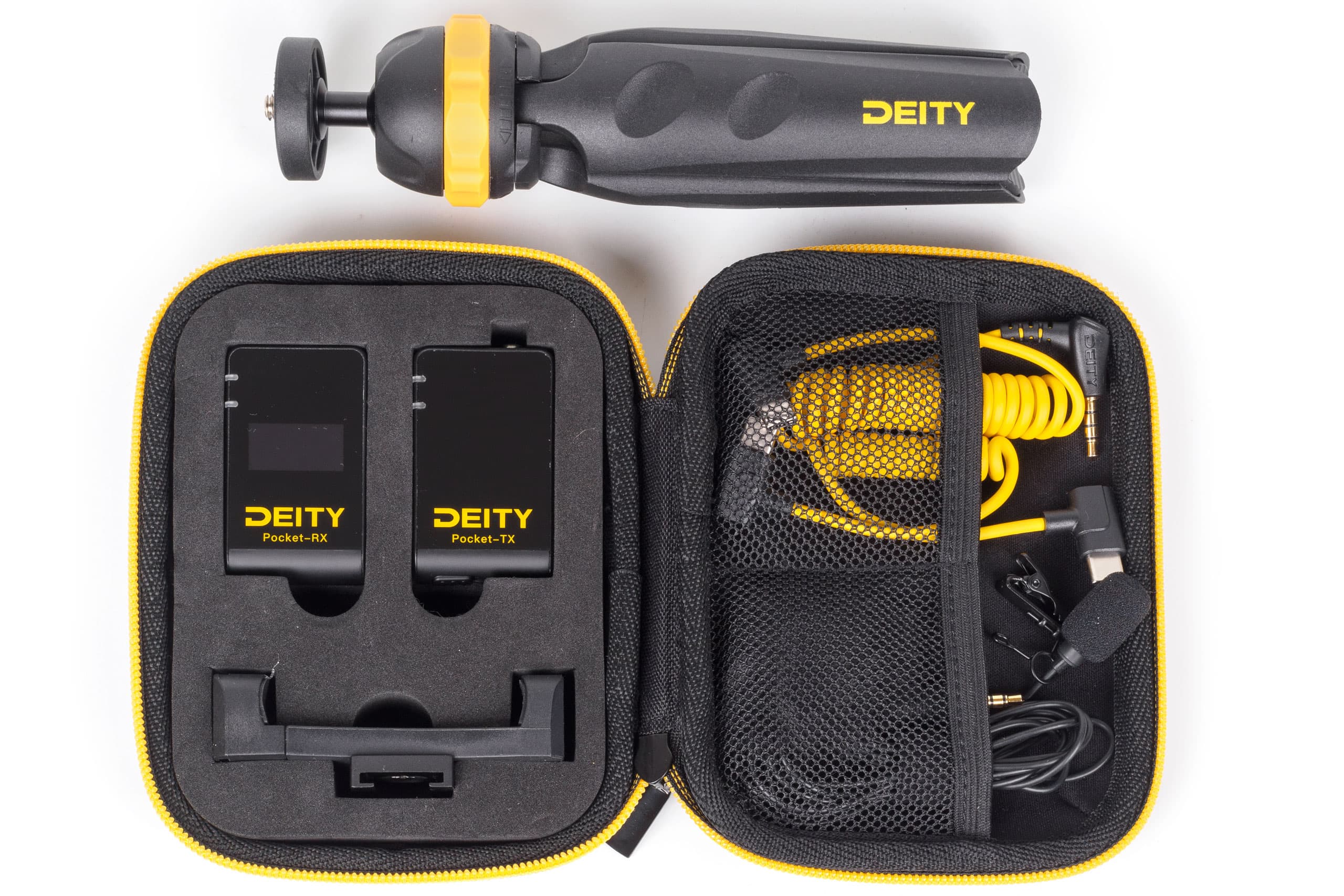 Aside from the tripod, all of the kit contents that you’ll need on a shoot fit neatly into the supplied case

A more basic kit without the clamp and tripod that’s suitable for those using cameras rather than smartphones costs about £170. This kit is available with the transmitter and receiver units in either black or white.

Deity’s Pocket Wireless kit does its job reliably and with little fuss. It’s a fine alternative to the Rode Wireless Go and excellent value for money.