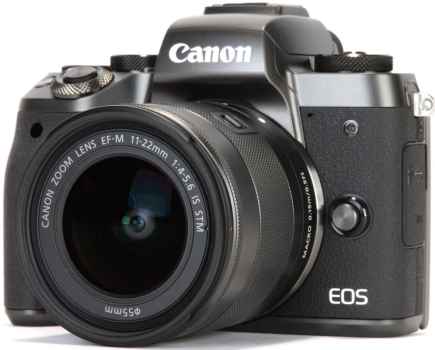 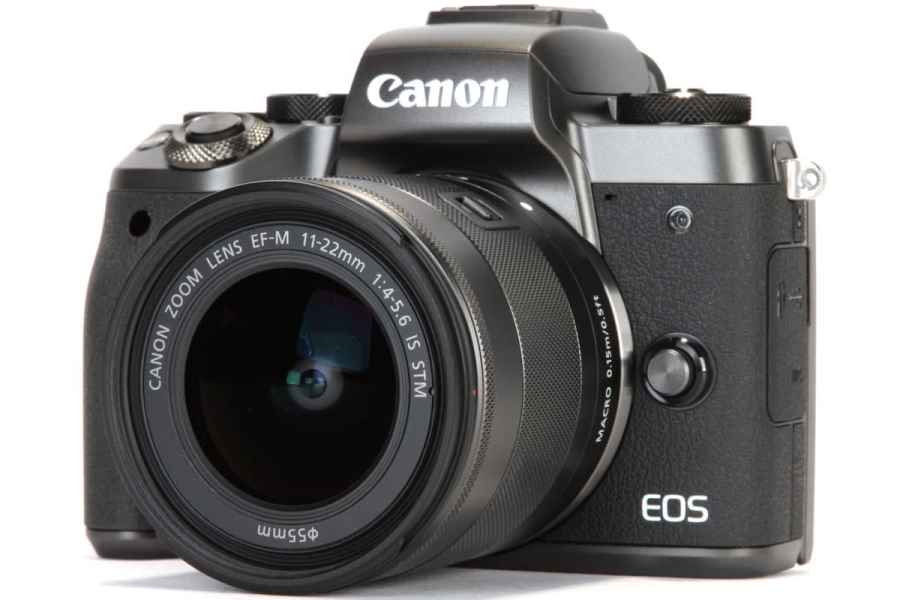 Canon EOS M5: At a glance 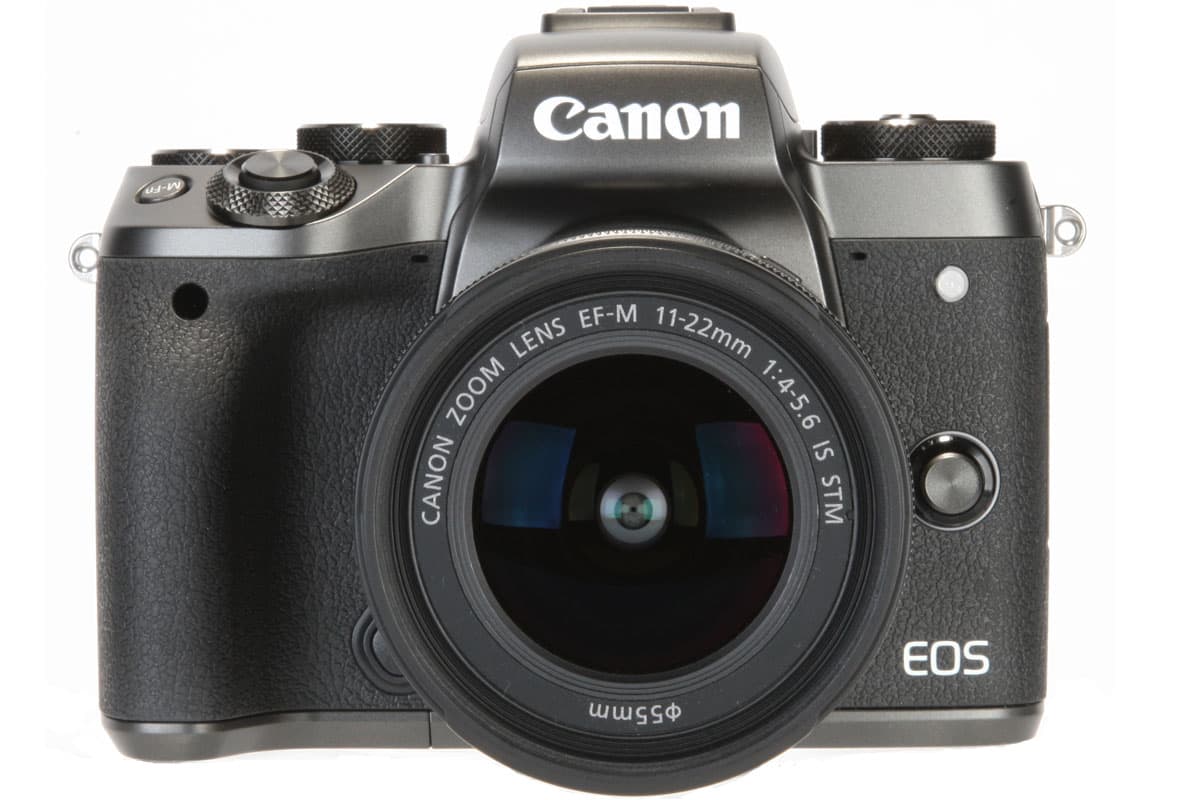 The good-looking EOS M5 is styled like a mini DSLR

Although Canon launched its first mirrorless camera, the EOS M, back in 2012, the company has never quite seemed to take the idea seriously until now. The original EOS M was over simplistic and painfully slow at focusing, and while last year’s EOS M3 was much improved, it was hamstrung by the lack of an integrated electronic viewfinder. To date, Canon has also only produced a limited range of native EF-M lenses for the system, most of which are slow, variable aperture zooms. But now, with the EOS M5, it has finally made a camera to turn enthusiast photographers’ heads.

In essence, the EOS M5 is a DSLR-like model with a centrally mounted electronic viewfinder and tilting rear touchscreen: a design blueprint that has proved popular with enthusiasts ever since the appearance of the original Olympus OM-D E-M5. Yet Canon has managed to cover the M5’s petite body with a well-thought-out array of buttons and dials that make it one of the nicest to use small CSCs we’ve yet seen. The addition of Dual Pixel CMOS AF and the latest DIGIC 7 processor makes it genuinely quick, too. 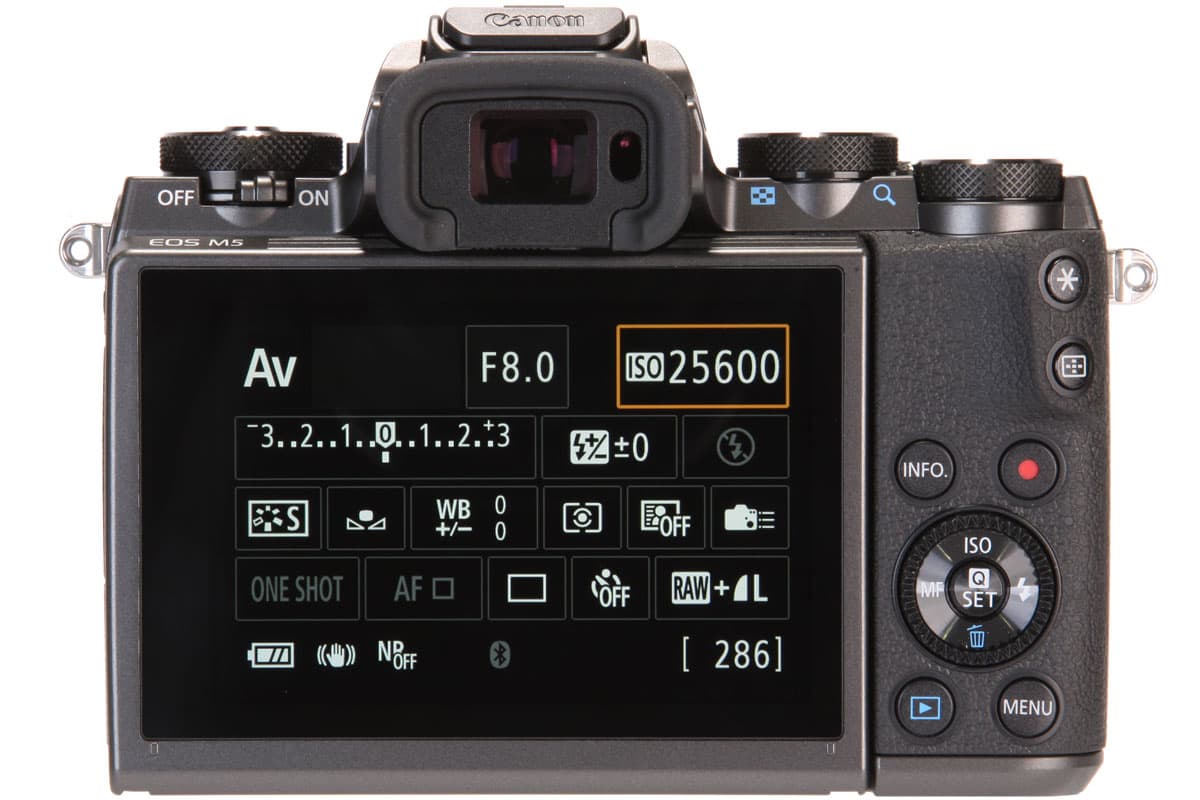 This detailed status screen doubles as a touch-sensitive control panel

However, the problem facing the EOS M5 is that for the same, or less money, you can buy some very attractive cameras that match or beat it for features. For example, Fujifilm’s lovely little X-T10 has a similar feature set for less than half the price, while Panasonic’s bang up-to-date G80 brings a larger viewfinder, fully articulated screen, in-body image stabilisation, 4K video recording and weather-sealed construction for two thirds of the cost of the EOS M5. Then there’s Sony’s Alpha 6300, which has a sophisticated AF system and 11 frames per second shooting, still at a lower price. Now, as we’ll see, the EOS M5 has some tricks of its own up its sleeve, but will these be enough to tempt Canon DSLR shooters to dip their toes into mirrorless waters?