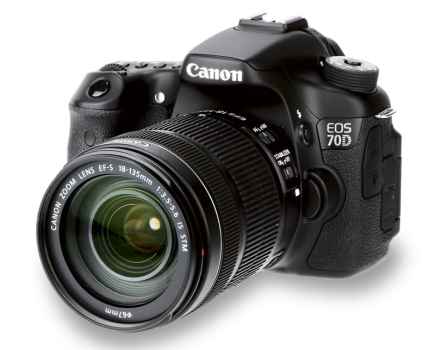 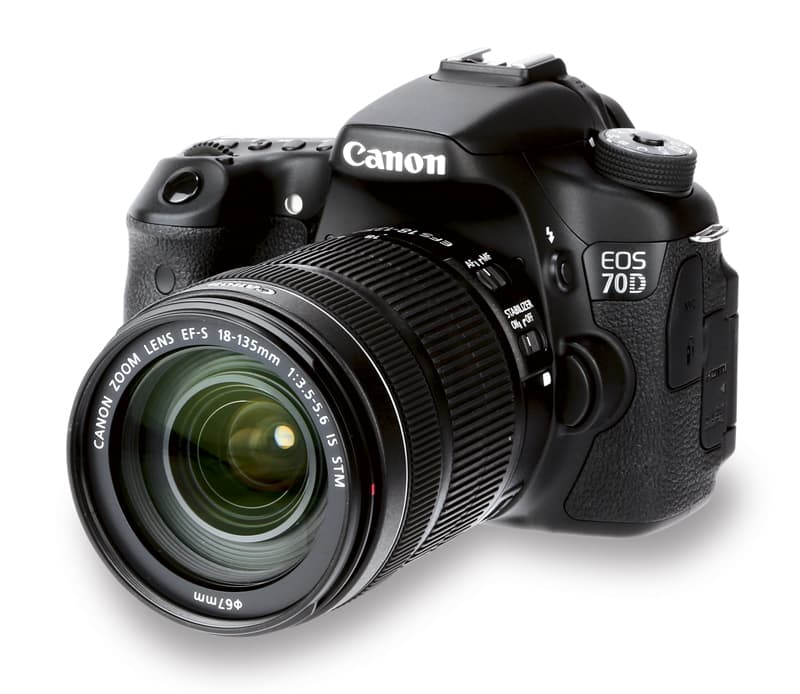 Canon EOS 70D at a glance

When I tested the Canon EOS 60D three years ago in AP 23 August 2010, I thought it was quite a significant camera for the company. The market for middle to high-end enthusiast DSLRs has always been very competitive, so when Canon introduced the EOS 60D it had some small, but important changes. These new features would pave the way for the Canon EOS 70D, which was released earlier this year.

The EOS 60D retained the 18-million-pixel-resolution, APS-C-sized CMOS sensor of its predecessor, the EOS 50D, but what turned heads was the inclusion of an articulated screen – at the time, such a feature was associated with compact and entry-level DSLRs, not serious cameras costing large amounts of money. Similarly, the polycarbonate build of the EOS 60D was a departure from the magnesium-alloy body of the EOS 50D. I didn’t notice any difference when I was using the newer camera, but then again, neither did I drop it from varying heights to test its ruggedness.

Overall, I was very impressed with the EOS 60D: the build and handling felt slightly different to previous Canon DSLRs, and I remember thinking at the time that the camera was friendlier and more logical to use. Of course, the image quality is excellent with colours being especially well rendered – which is great for those who shoot JPEGs.

Now, three years on, Canon’s newest offering, the EOS 70D, has arrived with its own new features, each of which is precise and having a purpose. Together, these add up to what could be one of the best enthusiast DSLRs we have yet tested.

The most notable change in the Canon EOS 70D is, of course, its 20.2-million-pixel CMOS sensor. Although it may not seem all that much of a jump from the 18 million pixels in the Canon EOS 50D, 60D and 7D – because it isn’t – what’s really exciting about it is the technology.

The final image is created from 40.4 million photodiodes on the sensor, with each photosite consisting of a pair of these photodiodes with a single micro lens in front. By measuring the difference in light that reaches each of the two diodes, the camera can perform on-sensor phase-detection focusing when using live view and shooting video.

The standard phase-detection AF system is the same as on the professional-level EOS 7D, with 19 cross-sensor AF points. In fact, by combining the best features of the EOS 60D and 7D in the new EOS 70D, Canon has produced a very capable camera. The sensor and Digic 5+ processor allow for a sensitivity range spanning ISO 100-12,800 and extendable to ISO 25,600. Meanwhile, the shooting rate is an impressive 7fps for 16 raw files or 65 JPEGs when shooting with a UHS-I-compatible SD memory card.

Like its predecessor, the Canon EOS 70D has an articulated touch LCD screen, but the traditional viewfinder has also been improved, borrowing the EOS 7D’s smart viewfinder technology. This highlights the AF point in use, and allows for a new level indicator to be shown through the viewfinder.

As with seemingly every new camera these days, the EOS 70D is Wi-Fi-compatible, enabling image sharing and remote capture from a smartphone or tablet via the Canon app for Android or iOS. Remote shooting will be useful for wildlife photography, as will the silent shooting mode, which significantly reduces the shutter sound, especially when combined with the virtually silent focusing of an STM lens.

Images: The 7fps shooting rate of the Canon EOS 70D perfectly captures the precise movements of the gymnast. Heavy vignetting has been applied to the images using editing software to focus attention on the performer