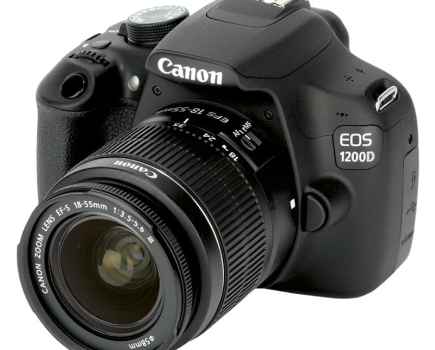 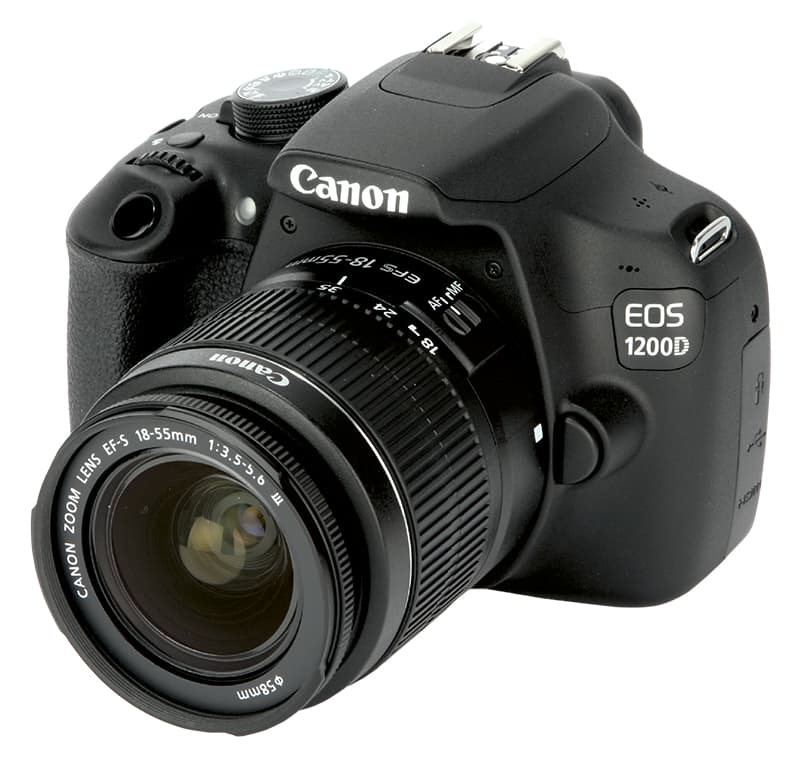 Historically, Canon has produced some fantastic entry-level DSLR cameras tailored to the first-time buyer. This type of camera is aimed at someone who is upgrading from a compact camera or smartphone, who may find the functionality of a DSLR a little daunting, and the new Canon EOS 1200D has been targeted at these photographers. Interestingly, shortly after the camera’s announcement at CP+ in Tokyo, Japan, a new EOS Companion app was released that is designed to be a learning aid for users of the EOS 1200D, so it’s clear that Canon is committed to helping people make the step into the world of DSLR photography.

However, the launch of the Canon EOS 1200D comes at a time when there’s more competition than ever at the entry-level price point. With the options of small, light and inexpensive compact system cameras, as well as low-priced DSLRs from the likes of Nikon, Pentax and even Canon itself, the EOS 1200D has to do quite a lot to fight its corner. The highlight specification is its 18-million-pixel CMOS sensor and full 1080p HD video, but is it enough?

At the heart of the Canon EOS 1200D is an APS-C-sized CMOS sensor with a resolution of 18 million pixels. This sensor has a significantly higher resolution than the 12.2-million-pixel sensor featured in the EOS 1200D’s predecessor, the EOS 1100D. Also, with its dimensions of 22.3×14.9mm, the EOS 1200D’s sensor is a mere 0.1×0.2mm larger than its predecessor. The same DIGIC 4 processor remains inside the new EOS 1200D. This is capable of shooting at a speed of three frames per second in continuous mode for a total of 69 JPEG images or six raw images.

Like all Canon APS-C-sized-sensor cameras, the EOS 1200D features an EF-S lens mount, which is compatible with Canon EF and EF-S lenses. There is an enormous range of excellent lenses to choose from, with an option to suit most people’s budgets. Canon has made significant improvements in the area of video, with the camera now featuring 29.97fps, 25fps or 23.976fps at 1080p resolution video shooting, with an option for video snapshots.

On top of the camera is a pop-up flash with a guide number of 9.2m at ISO 100. The Canon EOS 1200D also features a hotshoe that accepts all Canon-fit Speedlites from the compact Canon 90EX, which costs around £35, to the flagship 600EX-RT at £469.

Canon has rated the EOS 1200D’s battery as lasting for approximately 500 shots in 23°C temperatures, or 410 in 0°C conditions. While this is far fewer than the 700-650 shots rated by the EOS 1100D, 500 shots should be sufficient for most day-to-day shooting and additional batteries can be bought separately.

For those who wish to shoot raw images, Canon has supplied its Digital Photo Professional editing software with the camera. This is capable of adjusting features such as exposure, white balance, tone-curve and dynamic range. In addition, there is Image Browser EX, Photo Stitch panoramic image-stitching software, EOS Utilities and Picture Style Editor.

Although the Canon EOS 1200D doesn’t boast Wi-Fi on its spec sheet, it is still fully compatible with Eye-Fi memory cards, and Eye-Fi transfer can be enabled or disabled in the camera’s menu. Eye-Fi cards support wireless file transfer to a smart device via an Android or iOS app, and can also wirelessly transfer images to a computer.

Once an image has been captured, it is possible to use Canon’s own Creative Filters in the playback menu. These comprise grainy black & white, soft focus, fish-eye effect, toy camera and miniaturise effect. All these can be applied and varied by three levels of intensity.