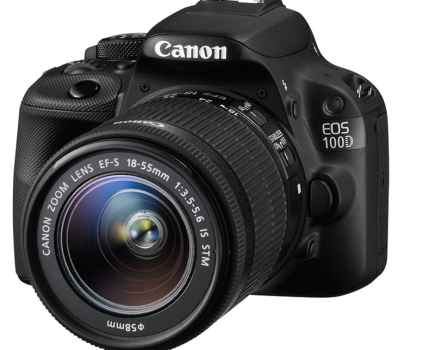 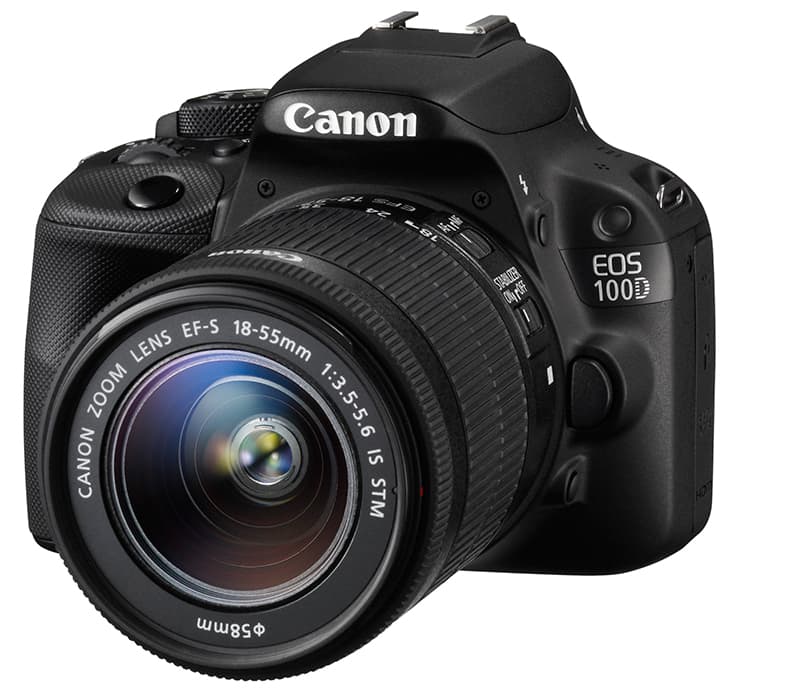 With increasing numbers of potential DSLR owners now opting for compact system cameras, many manufacturers are now rationalising their DSLR range rather than expanding it. With Canon’s EOS M being one of the newest compact system cameras on the market, it is perhaps surprising that the company has now unveiled the EOS 100D, said to be the lightest DSLR available with an APS-C sensor. Surely this compact DSLR will cannibalise sales of the EOS M? Having spent some time with the Canon EOS 100D, things start to make sense.

Photographers will often say they want the image quality and handling of a DSLR, but not the size and weight. At first glance, a CSC is the obvious answer, but the two types of camera are not quite the same beast. A CSC can handle very differently to a DSLR, while features like focusing can be slightly compromised.

With the Canon EOS 100D, Canon has worked within the limitations of the EOS system to pack as much of the SLR mechanism – the mirror box, prism and shutter – into the smallest body it can, without compromising handling. The result is a DSLR that is arguably the smallest we have seen, with the possible exception of the Olympus E-420, which uses a smaller four thirds sensor. The Canon EOS 100D is certainly an impressive feat of engineering, but to be a success it must be straightforward to use and have image quality to justify the price.

At the core of the Canon EOS 100D is an 18-million-pixel, APS-C-size CMOS sensor. Canon has been using an 18-million-pixel CMOS sensor for a few years now, and this latest version features a hybrid phase-detection AF system built onto the sensor. We have already seen this used in the Canon EOS M compact system camera, and the EOS 650D and new EOS 700D DSLRs. The EOS 700D is really just a reprised version of the EOS 650D, with little in the way of new features.

In fact, the Canon EOS 100D and 700D are remarkably similar, both having the same resolution sensor, a 3in, 1.04-million-dot touch-sensitive LCD screen, and a maximum sensitivity of ISO 25,600. Both can also shoot video at a resolution of 1080p at 30fps.

As well as the obvious difference in size between the two cameras, there are a few other notable variations. Whereas the rear screen of the EOS 700D is articulated, the EOS 100D has a fixed monitor, which helps to reduce the size of the body. Meanwhile, the EOS 700D has a maximum shooting rate of 5fps compared to the 4fps rate of the EOS 100D.

The differences between the two cameras become even more interesting when their respective prices are taken into account. The Canon EOS 100D costs around £570 body only, while the EOS 700D is almost exactly the same price. Both sit above the EOS 1100D, which has only a 12.2-million-pixel sensor. The Canon EOS 100D therefore occupies a strange space in the market. In many ways it is the equal of the EOS 700D, but is smaller and lighter – it almost offers photographers an ‘EOS 700D Lite’.

Personally, I feel that the EOS 100D stands alone in the Canon EOS line-up. Its size and weight make it unique and it can be viewed as an alternative to the EOS 700D or EOS M, rather than a model above or below. It also makes a great secondary camera for those with a full-frame EOS DSLR, such as an EOS 5D Mark II or 5D Mark III, or an EOS-1D X. Its design makes it an ideal complementary camera to these larger models.

The Canon EOS 100D’s size also makes it less intimidating for entry-level users, and for those using a DSLR for the first time, there are modes designed to offer a helping hand. Built into the camera is a useful feature guide, which shows exactly what each different function of the camera does, and the effect that changing them has. The intelligent auto mode will automatically select the correct scene mode and change the exposure settings for the best result. Plus, there are more than ten scene modes available for manual selection, along with a range of creative filters, which include toy camera, grainy black & white, and miniature mode.