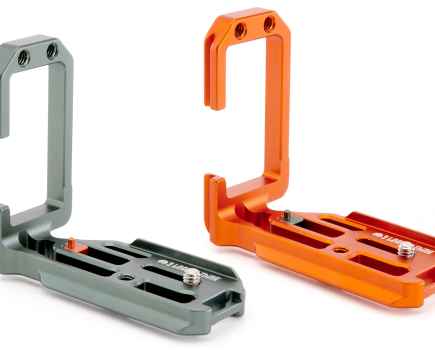 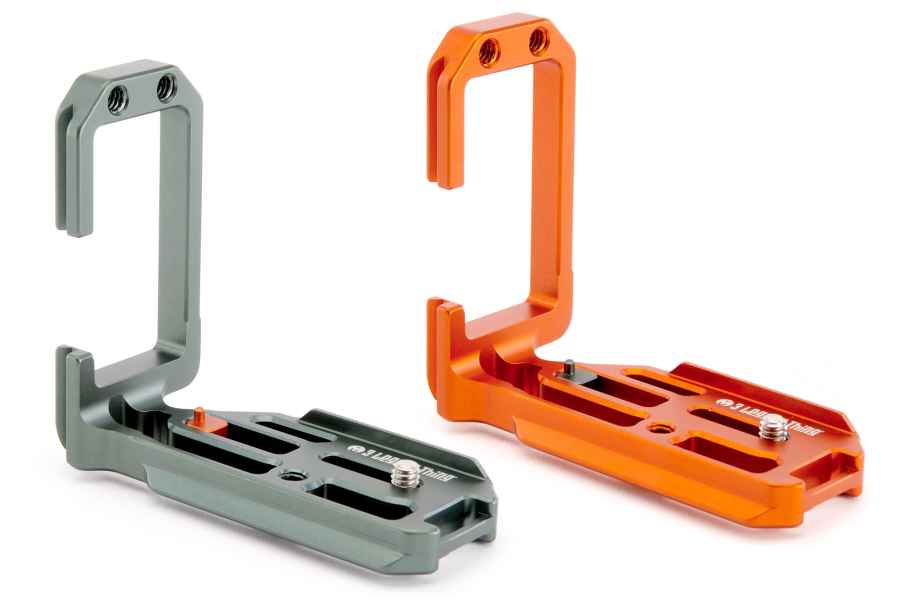 3 Legged Thing Roxie at a glance:

An L-bracket is a tripod quick release plate. But it fits along the base and one side of the camera to enable it to be flipped from landscape to portrait orientation, without the need to move the tripod head or for the camera to be re-levelled.

While it might seem like quite a simple device, for an L-bracket to function well, it needs to fit the camera snuggly while still allowing access to all the ports and controls. In designing an L-bracket for the Canon EOS R5 and R6, 3 Legged Thing had a particularly tough challenge because both cameras have a vari-angle screen and the average L-bracket would block its use. 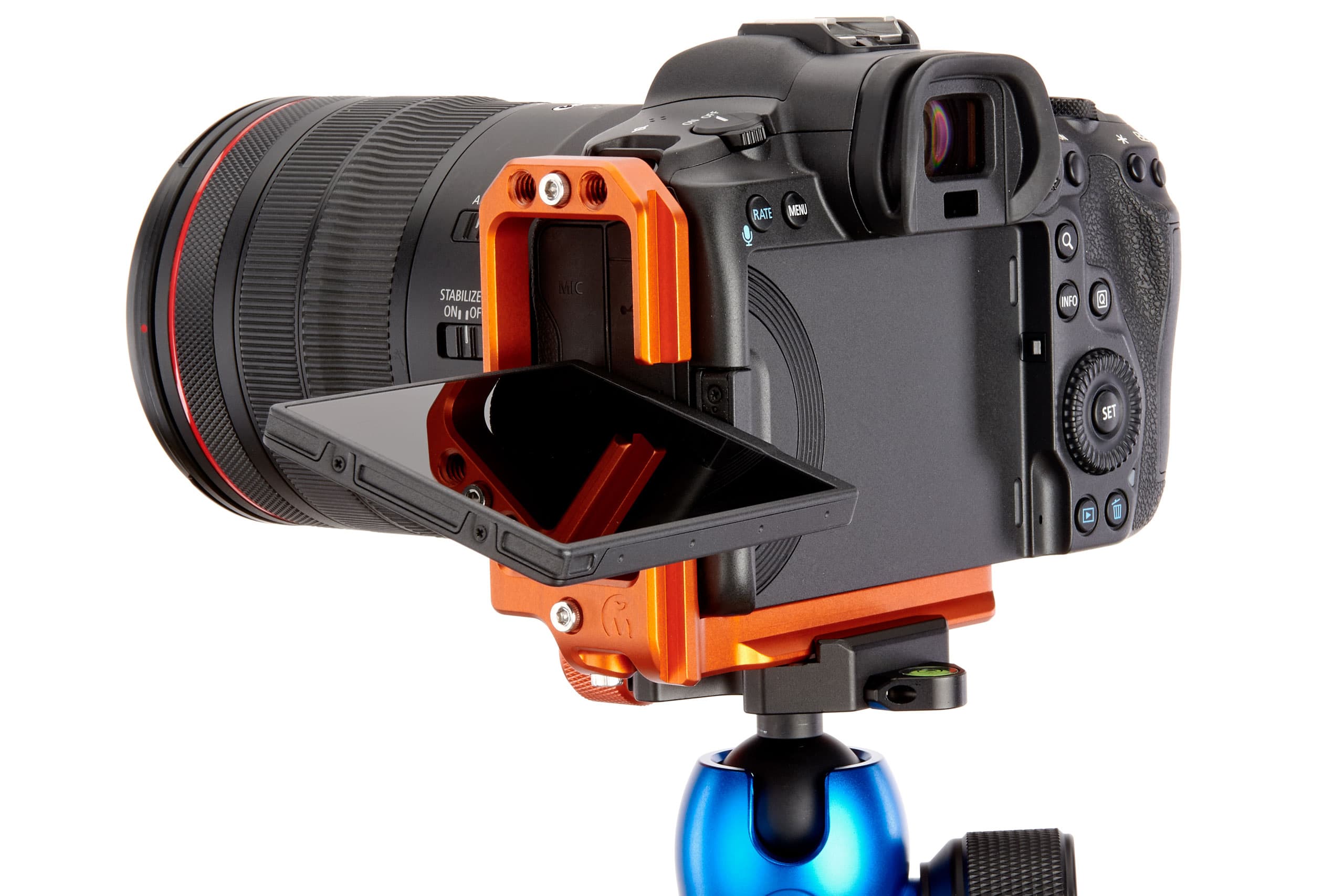 I tested the Roxie on the Canon EOS R5 and although it’s possible to make a couple of adjustments if necessary, it fitted perfectly straight from the box. It attaches via the 1/4-20 bolt while a small locator pin lines up with an indent in the camera to ensure it stays perfectly aligned even if a heavy lens is mounted.

The horizontal and vertical plates that make up the Roxie are both Arca Swiss compatible, so they fix securely into 3 Legged Thing’s tripod heads as well as others.

Thanks to a cutaway in the vertical plate, the R5’s screen can be flipped out at an angle, however, the degree of tilt is reduced and you have to tilt the screen and pass it into the gap in the plate as you flip it back. It sounds more complicated than it is, it’s actually pretty obvious in use. 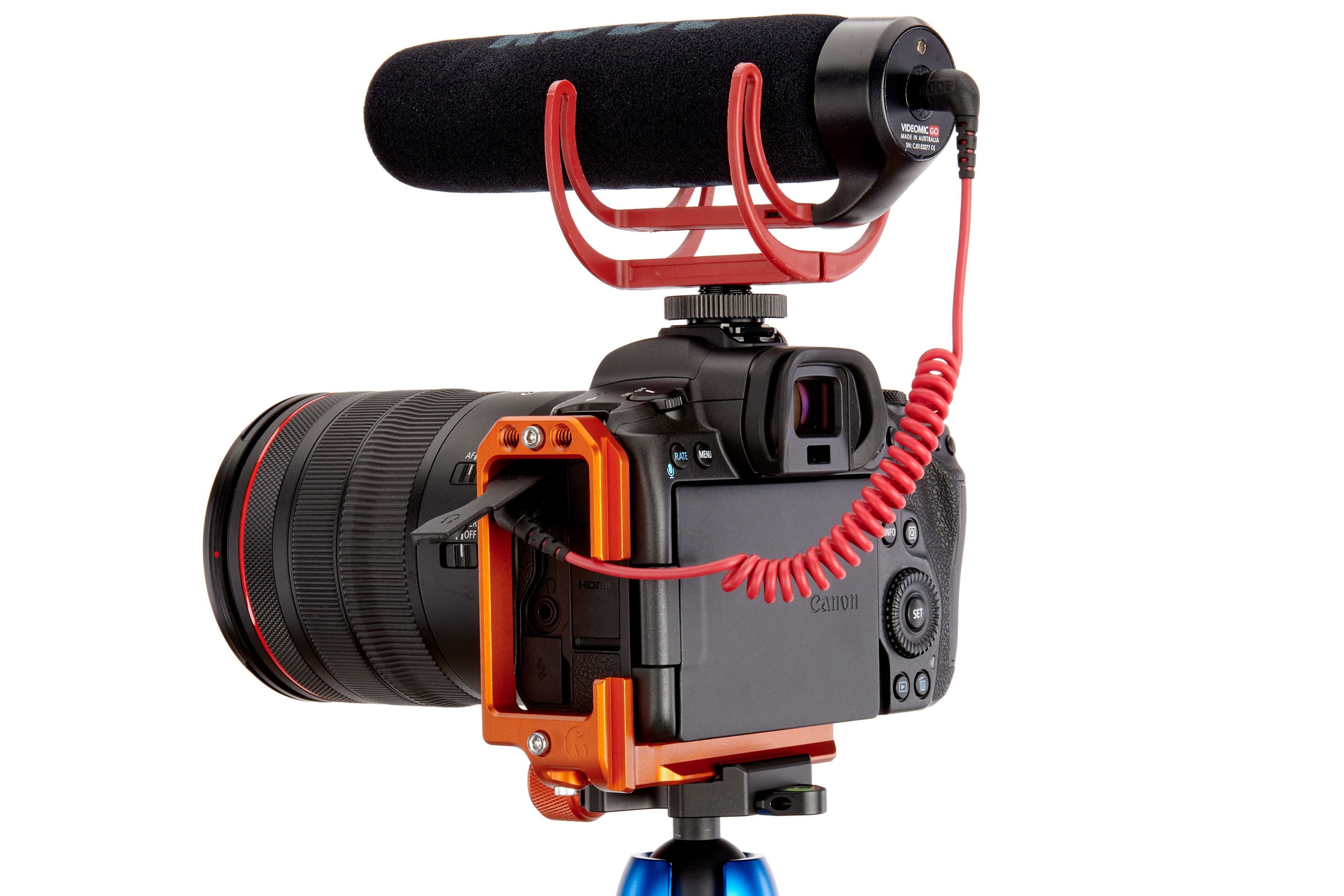 The gap in the vertical plate means that the Roxie needs to be positioned carefully in the tripod head when the camera is switched to portrait orientation. Also, the degree of movement available to the screen in this orientation depends upon the design of the tripod head. If there’s just a narrow lip at the back of the head, the range of movement will be close to normal, but a large bubble level or a plate lock will limit it. The worst-case scenario is that the screen will only flip down through just over 90°, so again, it’s very usable. 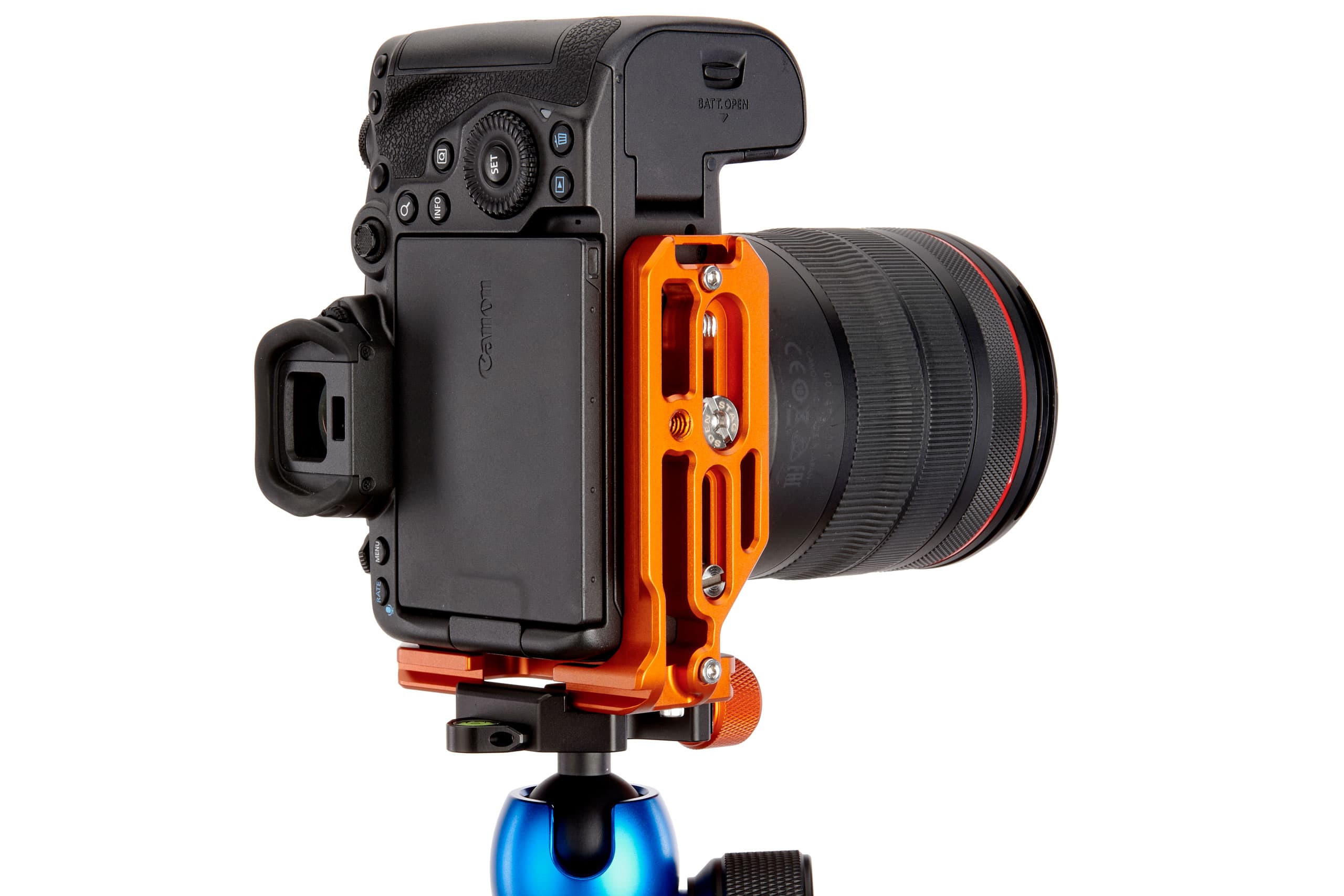 There’s a strap slot on the bracket, along with a tripod socket

Even with the Roxie mounted, the R5’s strap lugs are free for use, however, using the strap lug at the end of the base plate along with the lug on the top of the camera’s grip means you can have the camera grip uppermost as it hangs from your shoulder. Alternatively, there’s a 1/4-20 thread in the base plate that can be used to attach a single-point strap such as those from BlackRapid.

3 Legged Things L-brackets are more affordably priced than much of the competition but they’re made to a high standard and the Roxie is particularly impressive. It performs its basic function well without interrupting the normal use of the camera. It’s also easy to attach, slim, light and strong.