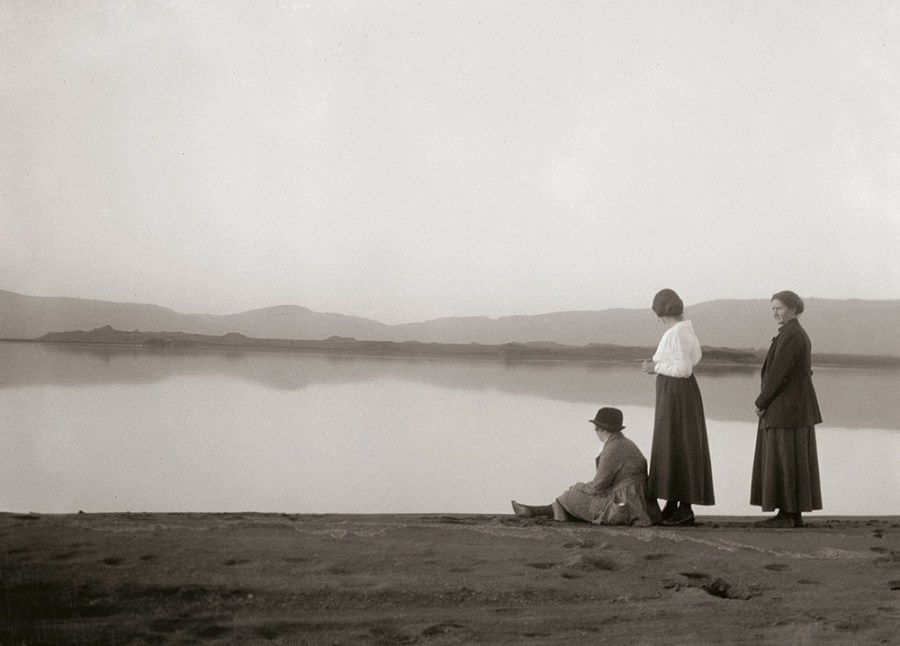 Setting out to produce an alternative history of photography was always going to be a challenge, but the team behind A World History of Women Photographers have managed it extremely well. Tracy Calder reports on the book celebrating some of the best women photographers in history below.

In 1939, Anita Conti (the first female French oceanographer) set sail on the cod-fishing boat Viking for a three-month voyage that would see her tossed around the North Atlantic. While trying to take notes and photographs of life in and on the ocean. Dressed in a sailor’s smock and white gloves, she clambered among the masts and ropes, recording the hardships of life at sea. From the loneliness to the physical challenges presented by storms and fierce winds.

During World War II, Conti headed out with the minesweepers, producing images that were eventually published in L’lIlustration, a weekly French newspaper. Before heading towards Africa, studying fauna and fishing techniques along the way. The challenges of shooting at sea were manifold. ‘Some films were developed in muddy and brackish waters; others dried too slowly in the damp shade of mosquito-filled huts,’ she recalls. ‘And I haven’t counted the number of shipwrecks with the cameras and their load of film.’

Conti was a remarkable woman. For more than 50 years she reported on the negative effects of industrial fishing, while still empathising with the very people contributing to the issue. And yet, shamefully, until I was handed a copy of A World History of Women Photographers – I had never heard of her. 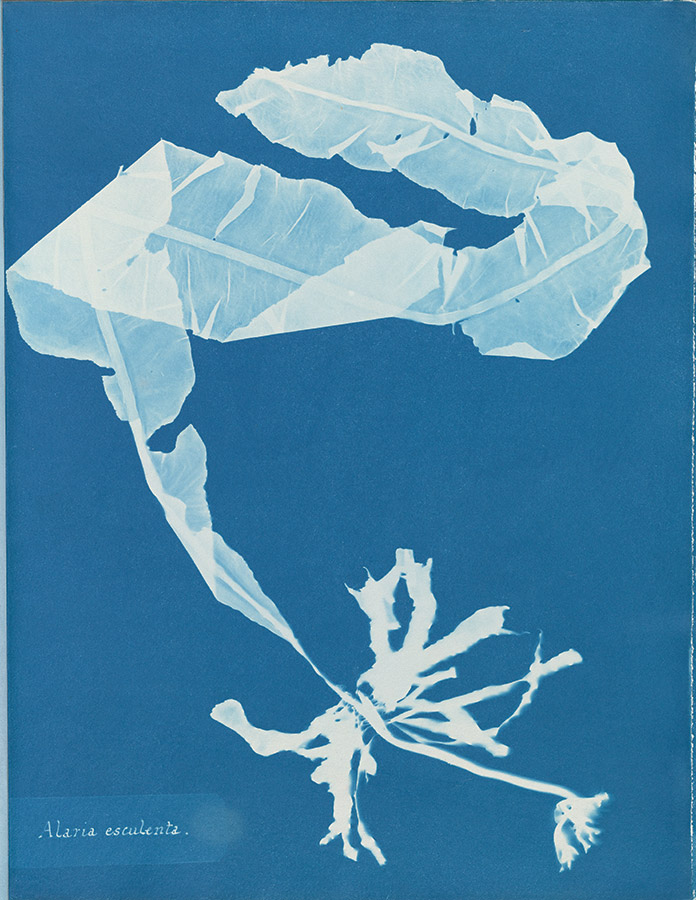 Setting out to produce an alternative world history of photography is always going to be challenging. As soon as you are holding the finished article in your hand, the naysayers will pipe up and complain about who you have omitted or included. It’s all par for the course. However, it’s clear that historians Luce Lebart and Marie Robert – the powerhouses behind this project – have gone to extraordinary lengths to ensure this ‘re-reading’ is as comprehensive as possible. ‘This “world tour” enables us to re-evaluate some women who were celebrated and acknowledged in their time. To remember others now unjustly forgotten, and to discover others whose work was never exhibited or discussed during their lifetime,’ they say.

To help them make their final selection (comprising 300 women photographers), they called upon a network of experts and enthusiasts. Many of whom introduced them to artists in countries or continents where a lack of research, publications or exhibitions ultimately prevented them from showcasing or sharing their work. Continuing in this vein, the book features text from more than 160 female historians, critics, archivists, curators, photographers and writers. Thankfully, it is edited in such a way that there remains a central, sympathetic voice. 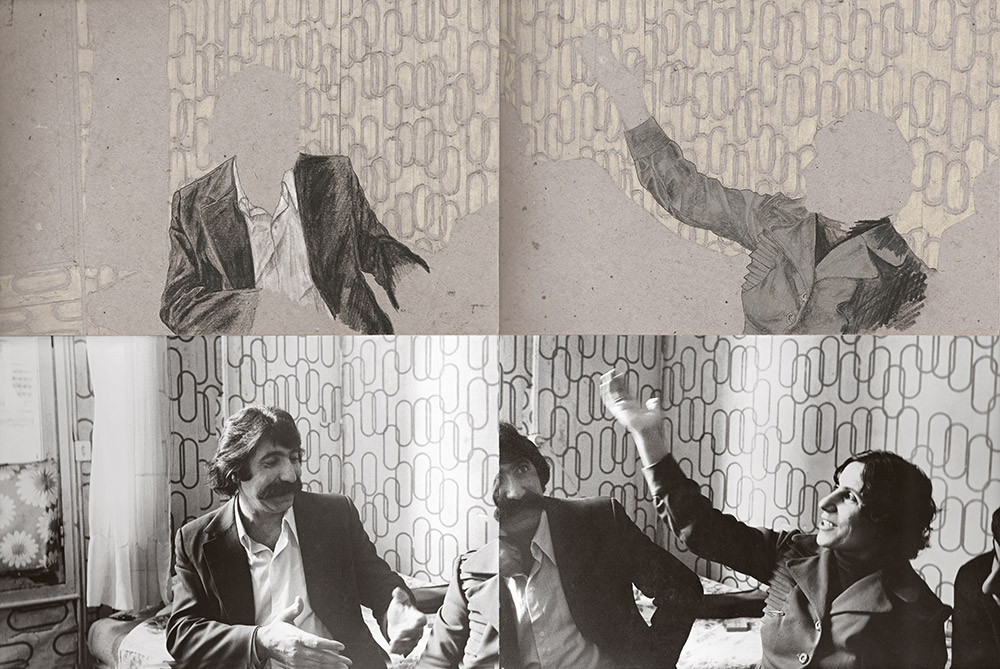 Most people won’t read the book from beginning to end, as I did. But doing so allowed me to spot recurring themes and navigate my own path through this weighty tome. One of the key things that struck me was just how many excellent female photographers have been reduced to supporting acts or ignored entirely in favour of their spouses over the years. When Amélie Guillot-Saguez displayed her calotypes at a major exhibition in 1849, for example, the spokesman for the jury – who awarded the work a bronze medal – actually confused her with her husband!

Likewise, Constance Talbot (the wife of William Henry Fox) is known to have assisted her husband with many of his experiments in the negative/positive process. Yet is barely mentioned in the history books. ‘Many of these women remained throughout their lives in the shadow of a “master”, at the cost of seeing their own contribution erased from memory,’ echoes Robert. 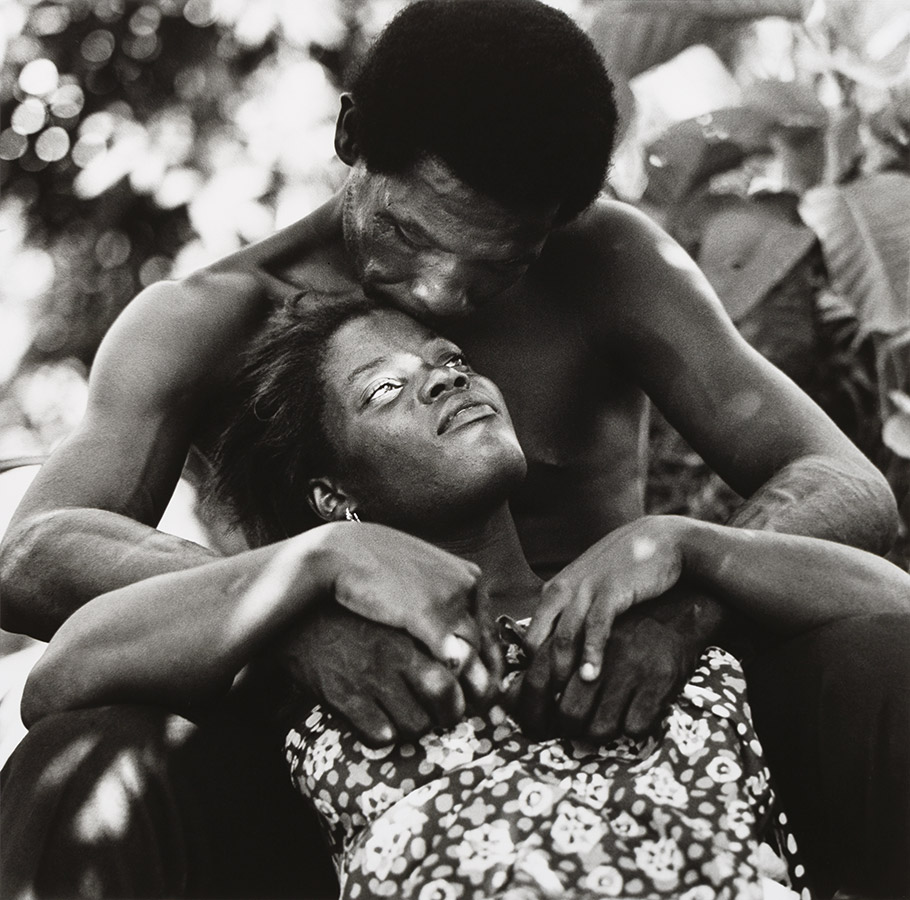 It would be nice to believe this behaviour belongs in the past, but German photographer Hilla Becher was experiencing the pain of being overlooked as recently as the 1960s. In fact, the first exhibition of Hilla and Bernd Becher’s photographs (held at the Ruth Nohl Gallery in Siegen) was titled Bernhard Becher: Fotos. To add insult to injury, in 1976, the Kunstakademie in Düsseldorf offered Bernd a professorship. Hilla led sessions for the students both at home and in the lab, without ever being offered an official role at the art school.

It would be easy to fixate on the instances where women have been sidelined or assigned to the roles of muse, model or domestic support. But A World History of Women Photographers is so full of fabulous trailblazers, entrepreneurs and rulebreakers that there’s always something to prevent you from feeling dispirited. Alexandrine Tinne, for example, was a gutsy Dutch aristocrat whose passion for travel led her to take huge risks. ‘In Egypt, several boats had to be chartered to carry the clothes, bedlinen, supplies, items for barter, dinner services, weapons, and even a cast-iron bed,’ reveals curator Mattie Boom. 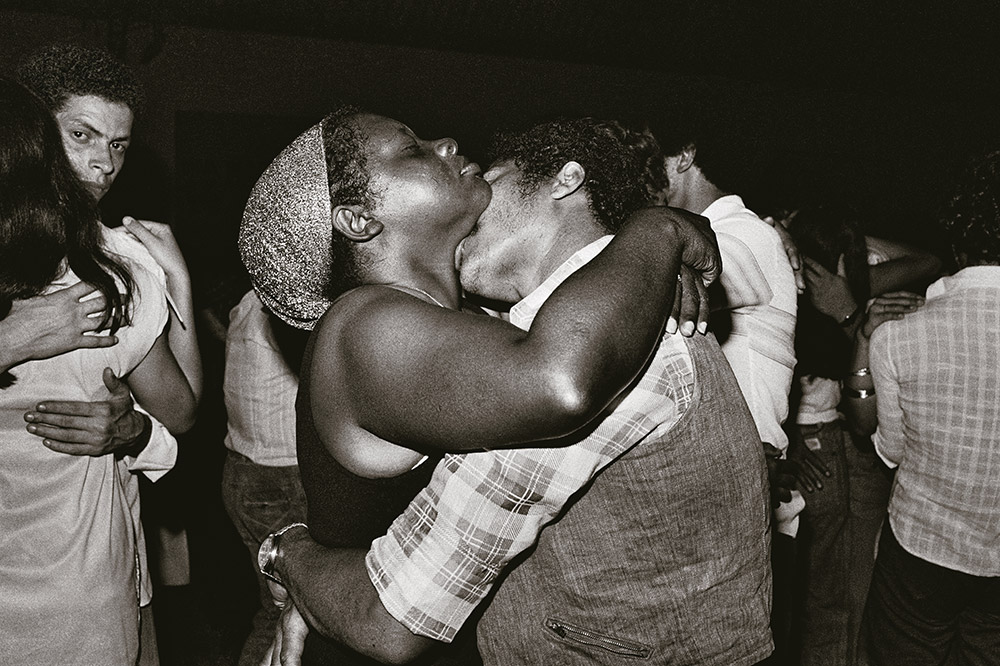 Photography played a secondary role in Tinne’s life (she was mainly devoted to botany and ethnography). In the decade before she was murdered in the Libyan desert at the age of just 33, she produced 20 or so large-format views of The Hague. As well as a number of interior and portrait pictures that show what might have been.

Then there’s Dickey Chapelle. The American photojournalist described by art critic and editor Diana C Stoll as, ‘A wiry woman in cat-eye glasses, often sporting military fatigues, an Australian bush hat and pearl earrings, with a Leica in her hand and a wry smile on her lips.’ Chapelle wasn’t afraid to put herself in the centre of the action. She fearlessly reported from the battle zones of World War II. As well as on the ground in Vietnam, where she was eventually killed by a booby-trap explosive in 1965. 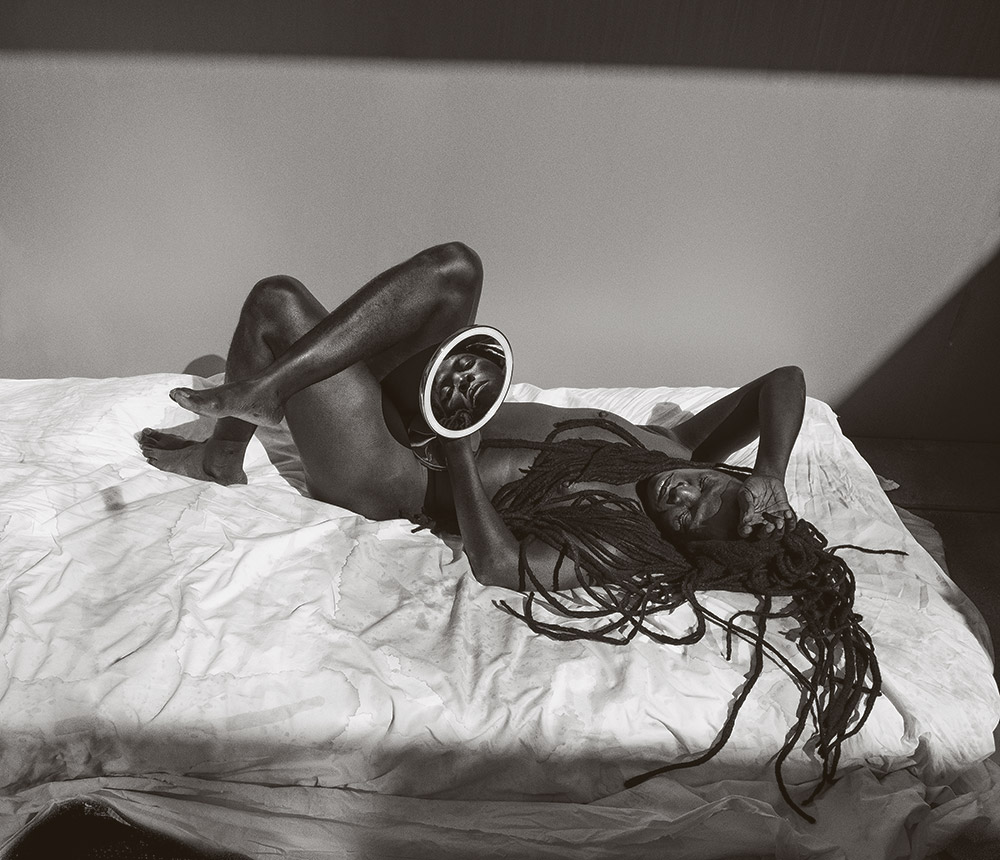 Of course, there are also the pioneers. Women who played significant roles in developing new photographic techniques, styles and genres. I particularly enjoyed the entry on French photographer Lady Frances Jocelyn. In 1841, Jocelyn was appointed Lady of the Bedchamber to Queen Victoria.

The monarch was a keen collector and patron of photography. With a special passion for cartes-de-visite images, which she arranged in albums with her husband, Albert. It’s no surprise, then, to find Jocelyn using commercially produced cartes-de-visite cards in her work. But what makes it really stand out is the fact she combines them with her own watercolour paintings. In one piece, an image of Jocelyn’s face is positioned at the centre of an archery target. Her photocollages feel modern, despite the fact they were created more than a century ago.

Fast forward a few decades and British photographer Hannah Maynard was being equally playful with composites. At one point she managed to bring together 22,000 faces on the same sheet! (In later years her skills were recognised by the Victorian police department who employed her to produce mugshots.) Naturally, A World History of Women Photographers also features artists who have influenced the generations that followed them. Diane Arbus, for example, revolutionised the way we think about portraiture. While Claude Cahun’s exploration of appearance and identity impacted the work of Cindy Sherman and ORLAN. 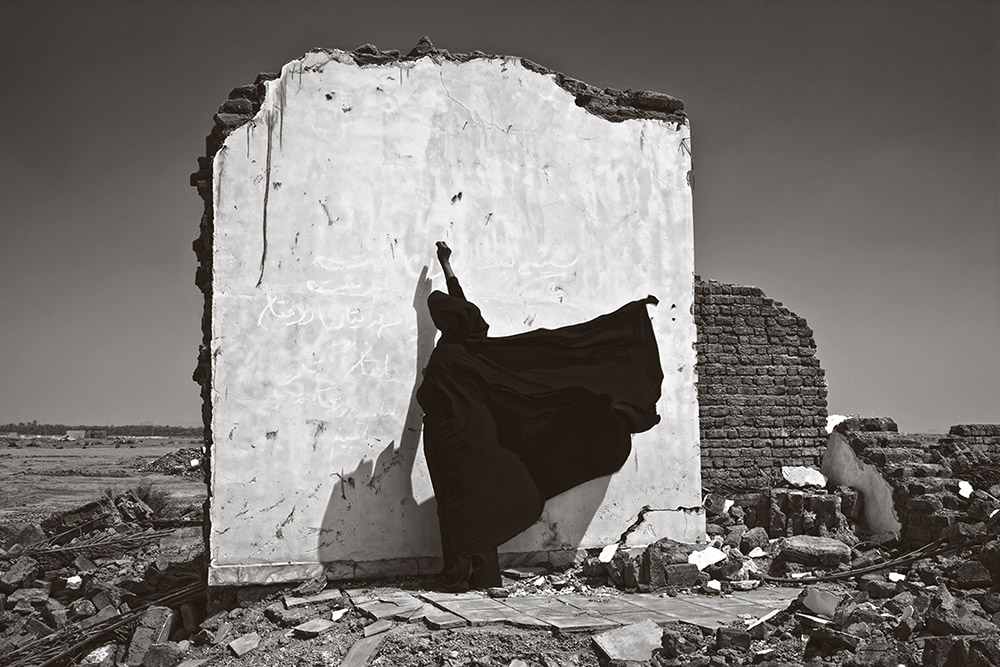 No comprehensive guide to the history of photography can ignore the fact that some key figures courted controversy. German photographer Leni Riefenstahl, for example, produced some of the most effective examples of Nazi propaganda in existence. Something she continued to be proud of until the end. ‘Leni Riefenstahl embodies the anti-heroine par excellence. The incarnation of the artist ready to embrace all forms of transgression in order to achieve recognition,’ suggests lecturer Anaïs Feyeux. 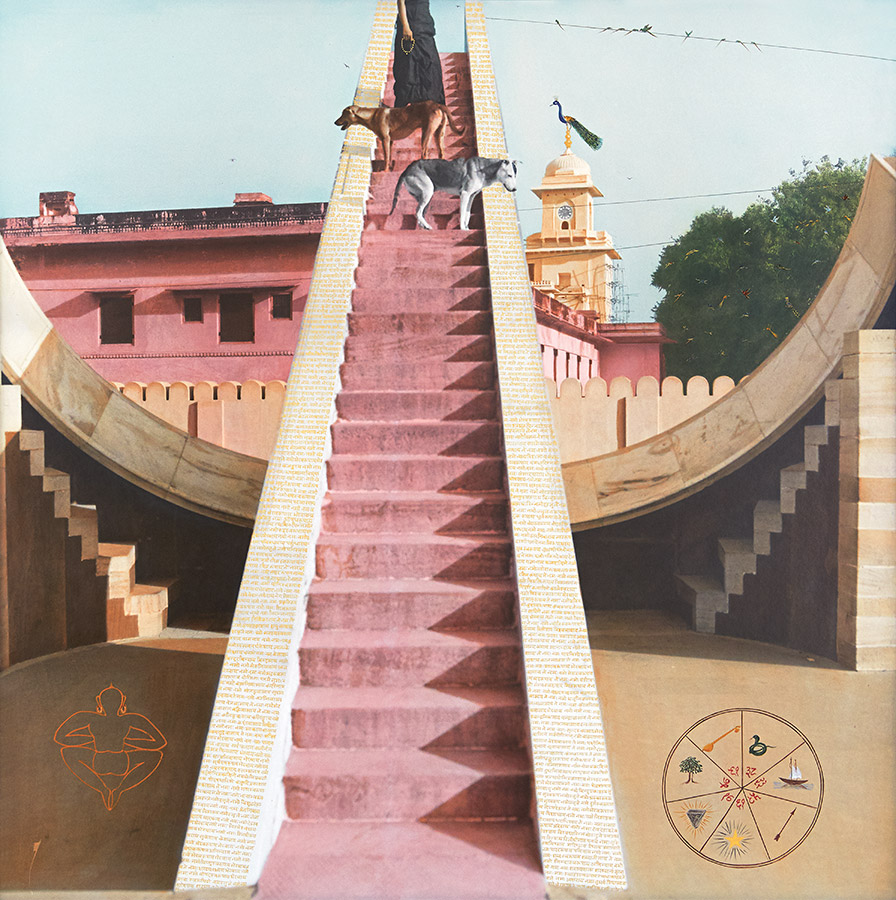 The story of Bunny Yeager (who is sometimes credited as being the inventor of the bikini) is also worth mentioning. Yeager started her career as a pin-up girl and beauty queen. But went on to learn the craft of photography and create her own staged self-portraits. ‘In an era when women appeared as objects of desire crafted by and for men, Yeager’s work in this arena is a notable anomaly,’ says educator and art curator Sara Knelman. Yeager produced a series of successful ‘how-to’ photography books, most notably How I Photograph Myself (published in 1964).

The overriding message of A World History of Women Photographers seems to be that women were here all along. Inventing, experimenting, innovating and actively participating in the development of the medium. They were not just wives, objects of the male gaze, mothers or models. From sailors to war correspondents and adventurers, these women have battled to record and share their passions and stories. 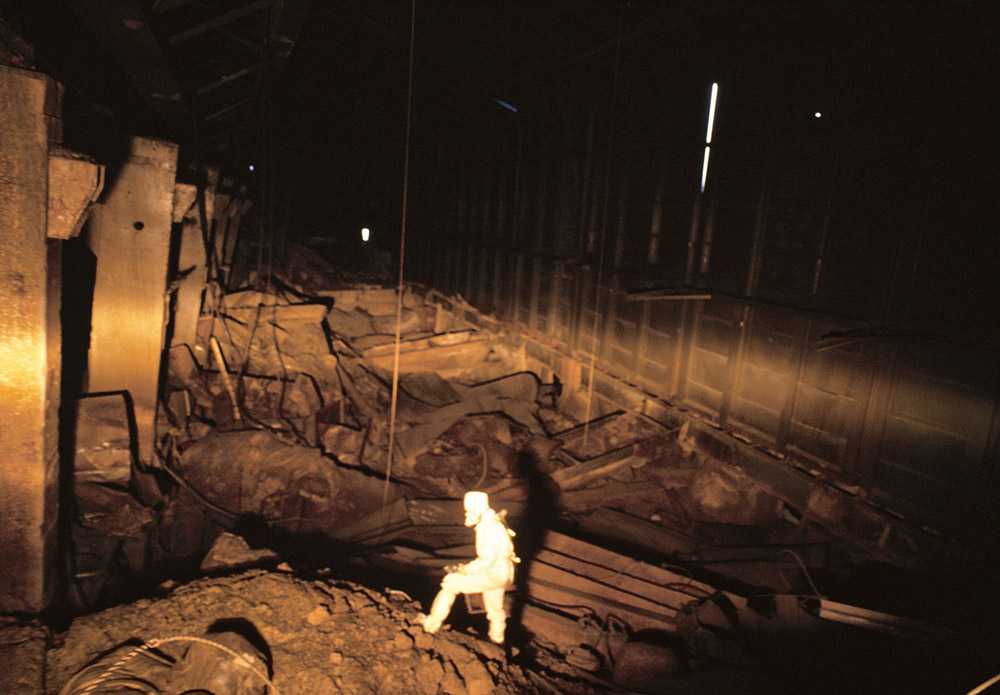 ‘These women were everywhere and recorded everything,’ agrees Robert. And yet, until recently, many of them were invisible – as far as historical accounts were concerned. Thanks to the team behind this epic book. A World History of Women Photographers is sure to play a significant role in creating a richer, more accurate and balanced narrative. 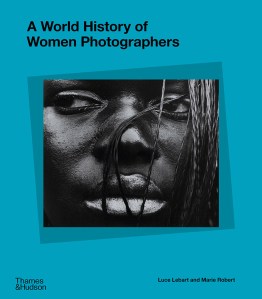 The best photographs of 2022