In our guide to 3D printing find out everything you need to know about 3D printing, from where to access a printer, printing costs and a range of camera projects for you to try. 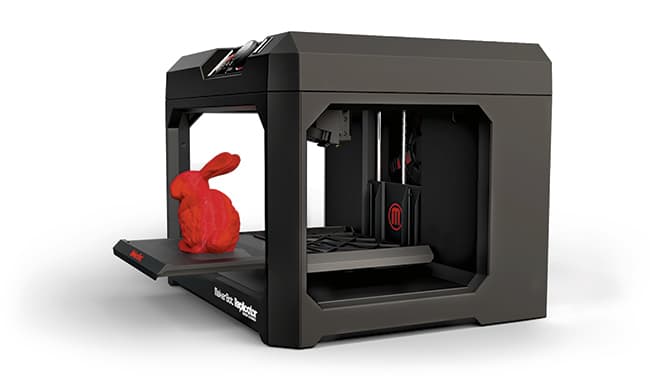 Printing in 3D has been around since the 1980s, but only in the past few years has 3D printing made its way into the consumer space, thanks to more affordable technology.

The method is also known as additive manufacturing and creates an object layer-by-layer.

The printers heat a printing material to liquefy it and then, similar to an inkjet printer, press it through a very precise moving nozzle to print a layer of an object. Once a layer has been printed, the build plate, which holds the object, drops very slightly for the next layer to be added. This process is repeated until the 3D print is completed.

In the consumer sector of the market, fused deposition modelling (FMD) machines are the most commonly used 3D printers.

They use filaments of polylactic acid, a renewable bioplastic, for printing single-coloured objects. Other more expensive methods allow for multi-colour and even multi-material printing. The 3D models for printing are either designed in a 3D CAD software application or generated by scanning existing objects in 3D. Before printing, the 3D models have to be processed by software called a ‘slicer’ to convert them into a series of thin layers and then convert them to a data format that can be understood by a 3D printer.

Print quality is usually described as layer thickness and X-Y resolution in dots per inch (dpi) or micrometers (µm).

Current consumer-level 3D printers are typically capable of achieving layer heights of around 100µm (250dpi) and an X-Y resolution of around 100-50µm (510-250dpi). On more expensive pro-level machines layers can be as thin as 16µm (1,600dpi). However, layer height and X-Y resolution are just two quality criteria out of many. Dimensional accuracy, surface finish, material properties and the slicing algorithms of the software all have an impact on the final quality of a 3D print.

Printing an object can, depending on its size, take several hours, which limits the use of 3D printing for mass production.

However, 3D printing makes industrial fabrication methods accessible to households and small businesses. It has already revolutionised prototyping and can be a very economic manufacturing method when only small quantities of a product are required. In the future, as 3D printers become more commonplace, it’s possible we’ll simply buy a 3D model of certain items online and print them at home.

To date, all types of products have been 3D printed or assembled from 3D-printed parts – from jewellery and toys, to much more complex pieces – including guns, robots, vehicles and even prosthetic limbs.

NASA has just announced a research project looking into the design for a robotic rover that converts moon dust into a 3D-printed protective layer for an inflatable habitat.

It seems there are no boundaries to the technology, so it’s hardly surprising that 3D printing has been used in a wide variety of camera-related projects. See some of our suggestions. 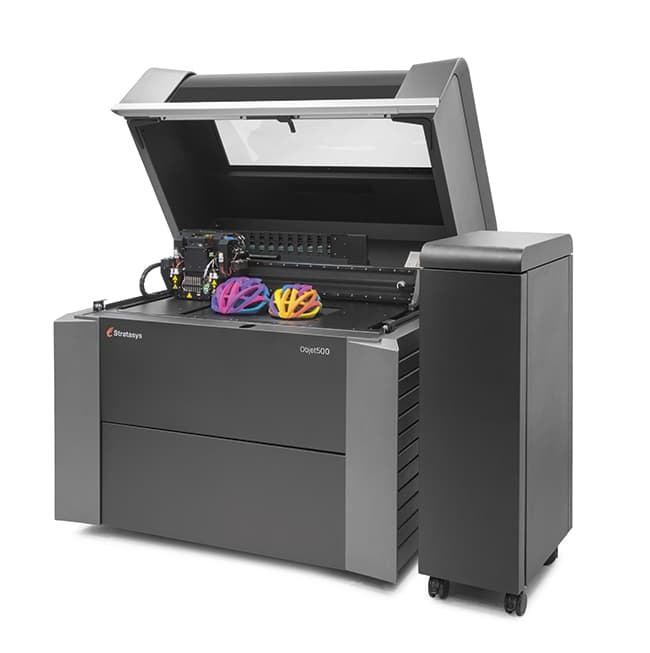 Printers for Selective Laser Sintering are still far too expensive for home or office use, making filament-deposition machines the best option for those wanting to try their hand at 3D printing. Buying a kit instead of an off-the-shelf printer can save you money, but assembling a 3D printer can be tricky and it will depend on your personal skill level if such a kit is a viable option.

MakerBot, RepRap, Ultimaker, Up! and Cube are some of the most popular makers of filament deposition printers. The Printrbot Simple Kit is one of the most affordable FMD printers but requires assembly. It costs approximately £360. The fifth generation of one of the most popular home and office printers, the MakerBot Replicator, can print larger objects but will set you back a rather hefty £2,400. Visit Dynamism Printrbot Series page and their Replicator page for more details.

Once you’ve invested in a 3D printer, pretty much your only operational cost will be filaments. Most consumer-grade 3D printers use standard reels of filament that typically cost £30 per kg. This translates roughly to 30p per metre of 3mm filament, and allows for very reasonably priced printing of your objects. If you want to try out your 3D designing skills without buying a printer, companies like 3D Print UK, 3D Creation Lab or UK 3D offer printing services using a variety of materials and methods. They will be able to provide a quote based on your printing files.

If you are looking for 3D models to print or modify, the 3D printing community website Thingiverse or the DIY platform Instructables are great sites to start your search. They are also good resources if you are simply looking for some inspiration for your next project.